When you mention Aspects of Love the first thing most people think of is Love Changes Everything, the song that turned Michael Ball into a star and soared to number 2 in the charts.

The Andrew Lloyd Webber musical is much more than just a one song wonder though as Hope Mill Theatre audiences are finding out as the boundary-breaking venue, tucked away in Ancoats, treats them to the first UK production of Aspects of Love since the revival at the Menier Chocolate Factory in 2010.

Set between Paris and Venice and spanning three generations it tells the tale of all different kinds of love we may experience, from unrequited love to a father’s love and to forbidden love.

When 17-year-old Alex falls for an older actress Rose, that he has adored from the stage, his life turns upside down. Hardly believing his luck when she accepts his invitation to whisk her off to his Uncle’s house in the Parisian mountains, his heart is soon broken as Rose realises that his Uncle may be a better match.

The musical follows the love triangle over the next 17 years with other loves coming in and out of their lives, all woven around some stunning songs such as Seeing is Believing and Hand Me The Wine and The Dice.

Playing the roles expertly are a stellar cast who equally deserve praise for their performances. Felix Mosse as Alex is perfectly cast by Jane Deitch – he oozes the naïve love struck young man, transparent and with such an innocent demeanour. It is a huge feat for anyone to take on such an iconic song as Love Changes Everything, along with opening the show with it, but Mosse handles the challenge with ease and a vocal maturity – hitting the famous high note without a flicker of nerves.

Playing his love interest Rose is Kelly Price, previously seen as Audrey in Little Shop of Horrors at Manchester’s Royal Exchange. The Olivier award nominated actress is superb here, her vocals are hugely powerful and emotive, especially in Anything but Lonely and her performance as the siren is simply captivating.

Elsewhere French musical theatre star Jerome Pradon stars as George, the worldly Uncle of Alex. Pradon creates a loveable charming character which develops even further in the second act, moving many of the audience to tears with his heartfelt rendition of The First Man You Remember as he waltzes with his daughter Jenny (Eleanor Walsh) around the stage.

The whole production of Aspects of Love is truly mesmerising with set and costume design by Jason Denvir and Aaron J Dootson’s lighting design adding to the ambience of the piece.
Director Jonathan O’ Boyle and Musical Director Gareth Bretherton have triumphed once again presenting a stripped back version of the show which manages to tell the tale so beautifully. The decision to replace the usual full orchestra to just two pianos and percussion suits both the intimate space and also gives the audience a more raw and honest experience.

Watch out for the echoes of Phantom of the Opera in Aspects of Love, despite the lack of similarity in the storyline. The comparison is hardly surprising though when you realise that the team behind this musical includes Charles Hart who was Webber’s sidekick on both that masterpiece and then reunited for this.

This is an incredible production which will leave its mark on you long after you leave the theatre. Go and see it before it closes next month and you will realise how true the famous lyrics from the show are, ‘Nothing in the world will ever be the same’. 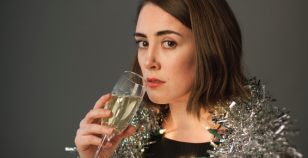 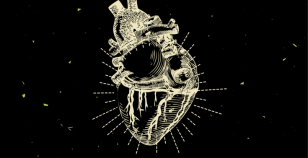