Review: The Last Ship at The Lowry

All aboard to Salford’s Lowry Theatre for the final port of call of The Last Ship’s UK and Ireland Tour. The musical, penned by global superstar Sting, docks at the venue until Saturday 7th July after wowing audiences in Liverpool, Newcastle and Dublin.

The Last Ship had its maiden voyage four years ago taking to the stage in Chicago then appearing on Broadway. Since then the musical has gone through a number of changes, tightening up some of the songs, losing a few characters that didn’t quite work, and also updating some of the political messaging. The production that has now reached our northern shores truly packs a punch both emotionally and visually.

Inspired by Sting’s own childhood experiences in Tyneside, this powerful musical shows the collective defiance of a working-class community facing the demise of the shipbuilding industry alongside a poignant and moving romantic tale of childhood sweethearts and the adults they grew up to become.

Set mainly in the 80s Thatcher ruled society, there’s a strong political message throughout although it isn’t shoved in your face it’s just there to make you aware of what people have faced over the years.

Manchester’s very own Richard Fleeshman excels as one of the leads, Gideon Fletcher, the prodigal son returning to the Shipyard town he couldn’t wait to run away from 17 years ago. Fleeshman is just mesmerising to watch – his vocals sound eerily similar to Sting’s and he delivers a stunning rendition of When We Dance which will give you goosebumps.

Richard’s musical theatre career has rocketed since creating the role of Sam Wheat in Ghost the Musical and this production gives him the chance to show off both his emotional depth and fantastic acting skills.

Frances MacNamee as Meg, the abandoned love interest of Gideon, proves to be a real firecracker. MacNamee gives Meg a steely sass and puts in an incredible performance of woman made strong by the heartache and struggles she’s endured.

Her opening number If You Ever See Me Talking to a Sailor is one of the best female solos I have seen in a long time and she makes the most of every note. Together her and Fleeshman set the stage alight with their talent and connection.

Elsewhere there were a number of understudies who got the chance to shine on press night including Penelope Woodman who stood in for Emmerdale’s Charlie Hardwick as Peggy White and Parisa Shahmir who played Meg’s daughter Ellen. Both were seamless and, had there not been an announcement about the replacements, no one would have been the wiser that they didn’t play the roles full time.

A huge element to the shows ‘wow-factor’ has to be the set design by 59 Productions and I defy anyone not to be blown away by the way it takes theatre to another level. The creative team shows there’s no longer the need for sets to be rolled in and out anymore – instead in The Last Ship they have been replaced with huge projectors providing jaw-dropping transformations in seconds. One minute you are in a ship building yard and the next in an ornate church with stunning stain glass windows.

The show has an incredible cinematic feel to it throughout, not just through the projections but also through the strong storyline and, in my opinion, it would be the perfect vehicle to transfer into a movie like others have previously, such as Mamma Mia and Les Miserables.

The Last Ship is a gritty, passionate musical which has a huge heart. It not only entertains but it also makes you think about issues that we all face and leaves you feeling fired up, ready to take on the world and fight the good fight. Let’s hope Sting treats us to another musical as he has definitely delighted audiences with this one.

The Last Ship runs at The Lowry, Salford Quays, until 7th July 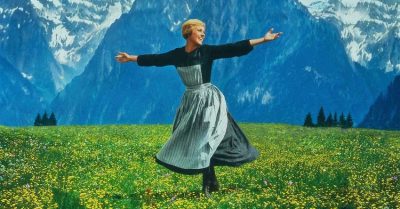 The Best of Theatre: Manchester’s must-see shows this March