The Neapolitan Pizza Butty served up on Chorlton’s busiest street

The Panozzo - a merging of two of Italy's most brilliant exports.

The quintessential example of a true street food, Electrik in Chorlton have introduced us Mancunians to a Naples speciality – something that can effectively be described as a Pizza Panini – and it’s brilliant!

A traditional snack on the streets of Naples, you’ll see Panozzo everywhere, getting liberally stuffed with all kinds of salami, ham, melted cheese and vegetables. It’s best enjoyed either on-the-go or after a fair few beers at the end of the night.

Served up every Saturday between 12pm and 4pm by chefs Marco & Giorgio, you can grab a Panozzo straight off the small terrace and either eat while you walk or enjoy on one of the seats with a couple of beers.

The lads have been making pizza and Panozzo for more than 10 years, starting off in a tiny restaurant in their home town where they were taught the true importance of a good pizza – the dough.

They’ve brought this expertise with them to Chorlton (and Levenshulme) and stick to the same mantra – the dough is key. Using a small amount of yeast, the dough is proven for 72 hours, meaning it’s light and fluffy and most importantly not too heavy.

It’s then cooked and stuffed with a variety of fillings, both meat, vegetarian and vegan.

Finally, any vegetarians can tuck into the Panozzo Vegitariano (£4.50) with mushrooms, onions, peppers and Scamorza (Smoked Italian Cheese), with vegans having the option of forgoing the cheese.

Electrik’s Panozzo are available every Saturday between 12pm and 4pm from the terrace out front. The Panozzo Compano is also available on the main menu any time. 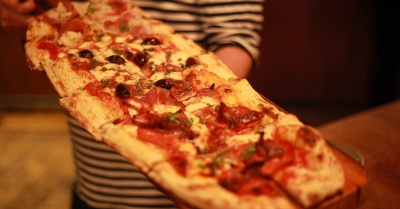 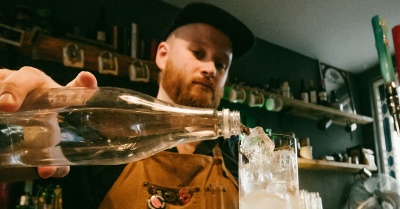 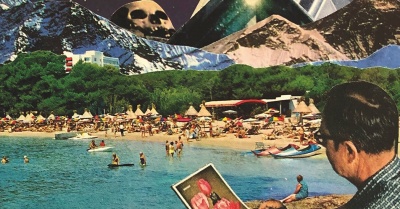 The Artist with Evening Standard’s No.1 Instagram Art Feed is coming to…