Behind the Photo: Will Smith in The Printworks on a Monday Evening

Yes that's Hollywood A-lister Will Smith. In The Printworks no less... 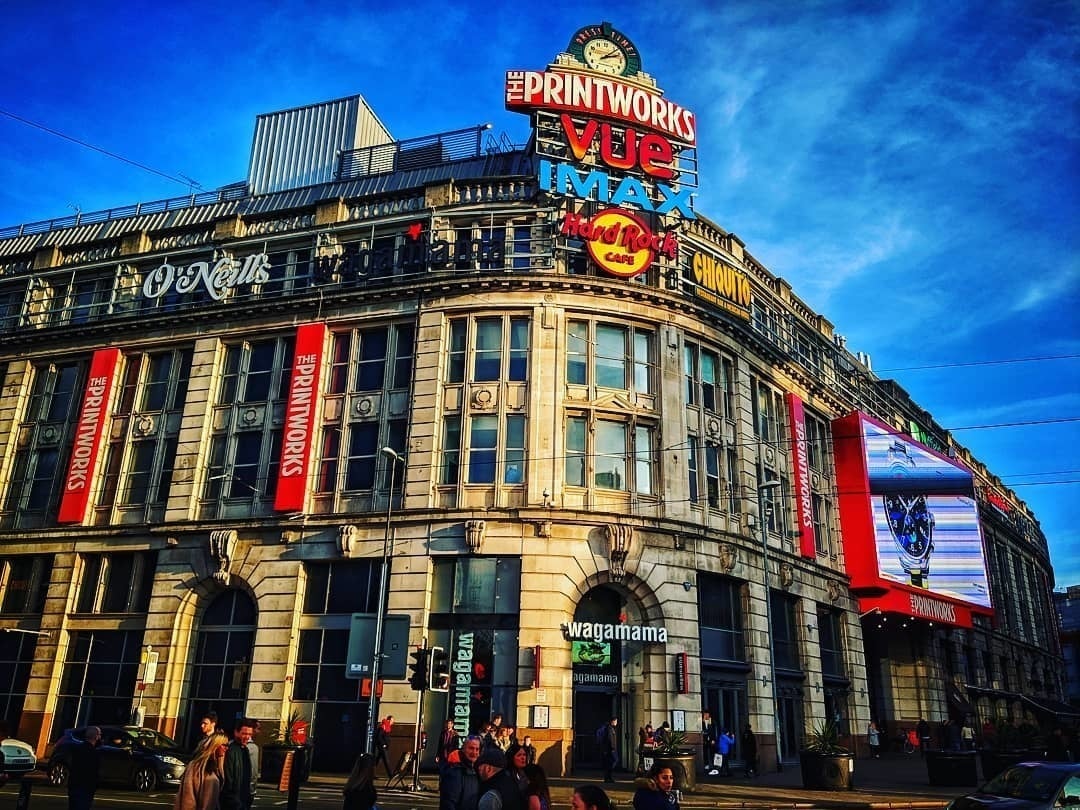 I’ll let you know now – I don’t have anything against The Printworks at all. I’ve actually had a fair few really good nights in there, back in the day.

Tiger Tiger was always a biggie on a Monday night, and then there was Pure on Wednesdays – where my mate worked in the VIP area and we got free drinks all night.

I’ve spent many a random Tuesday morning in the Wetherspoons in here with a hangover Full English and a pitcher of Woo Woo, and the cinema – now owned by VUE – is home to one of the UK’s only proper IMAX screens – easily the best place to watch the latest blockbuster and have the veins in your forehead explode due to the sound firing out of those massive Dolby speakers. 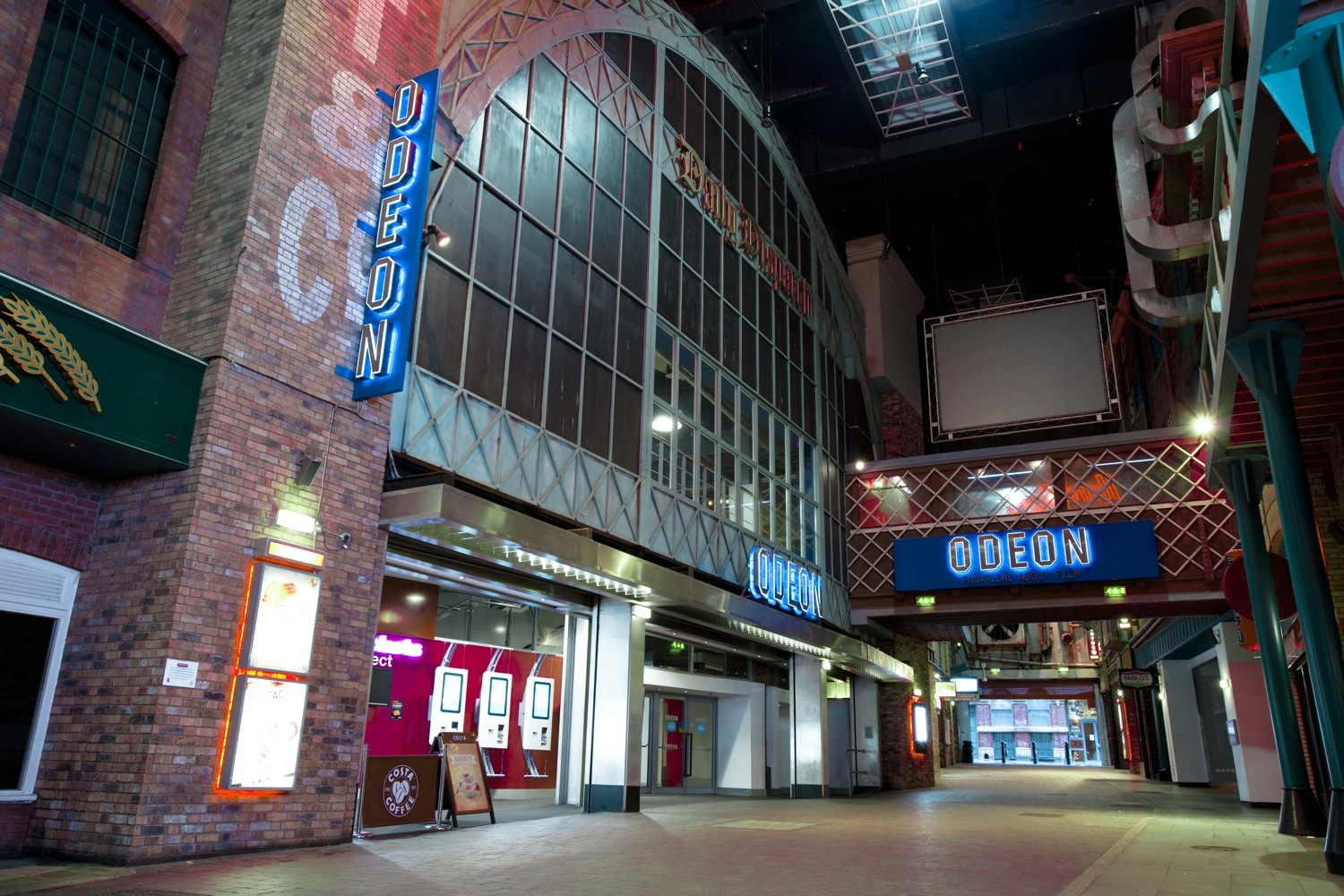 I actually used to work at the cinema here back around 2010 – when it was an ODEON. It was easily in my top 3 jobs ever; free films, Ben & Jerry’s and enough leftover nachos and pick and mix as you could handle.

So yeah, The Printworks ain’t half bad – but your jaw would probably drop off if you were walking through there and you noticed A-lister Will Smith shakings hands, high-fiving, beat-boxing and generally having a top time in there. 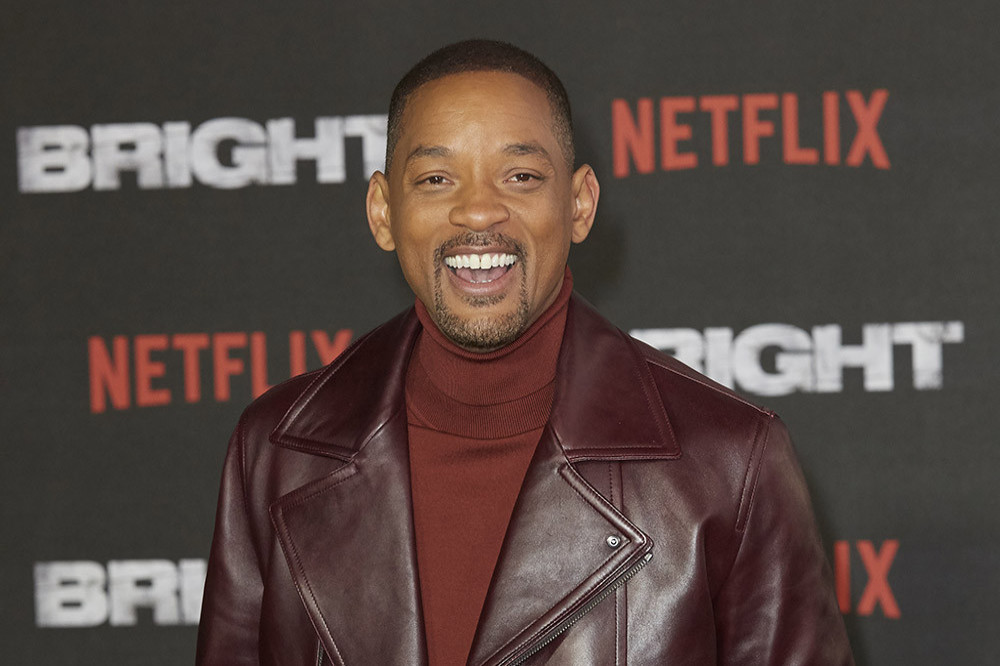 Well, that’s what happened back in 2007. Academy Award-nominated actor Will Smith, star of The Fresh Prince of Bel Air and Men In Black, walking into the Printworks on a Monday night to promote his new film – Hitch.

You’ve probably seen Hitch by now. It’s a rom-com where Smith plays a fella called Hitch who gives advice to blokes who are struggling in the dating game. But when he meets a woman who he actually likes, he becomes a bumbling idiot – unable to use his skills to impress her. At least I think it’s about that – I watched it all those years ago and haven’t bothered with it since.

Will decided that for the promotion of the film in the UK that he would try to break the Guinness World Record for the most premieres attended by a celebrity in one day – so he headed to Manchester before popping down to Birmingham and then finishing in London.

He arrived in Manchester on a private jet (this was well before most people even considered a problem with the climate), and was then given a police escort straight to the city centre where a throng of fans were waiting to greet him and scream his name and throw their knickers and boxers at him. 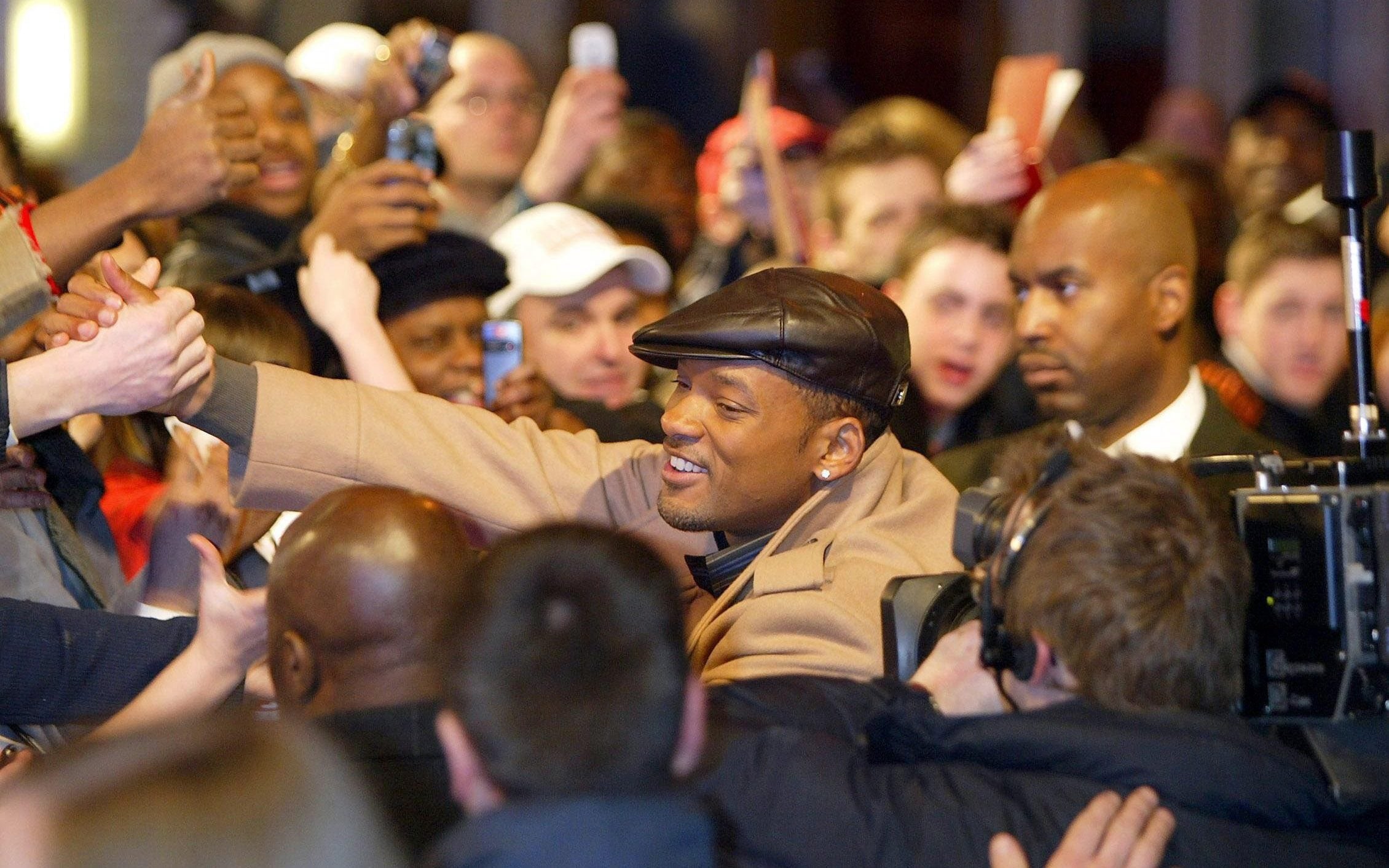 Before he arrived the fans were treated to some top-notch music from Galaxy FM, who you will remember had their offices at Corn Exchange opposite the Printworks and were the city’s source of the very best “dance and RnB” before quickly disappearing just as quickly as they arrived.

When Will arrived the fans went absolutely crazy, and the cinema – which was actually called ‘The Filmworks’ at the time and run by UCI – even put down a red carpet for the actor – which must surely have been the only time they’d ever used it – before or since.

Will was the ultimate professional – taking a note out of his mate Tom Cruise’s book and sticking around for ages – chatting, posing for photos and giving autographs. 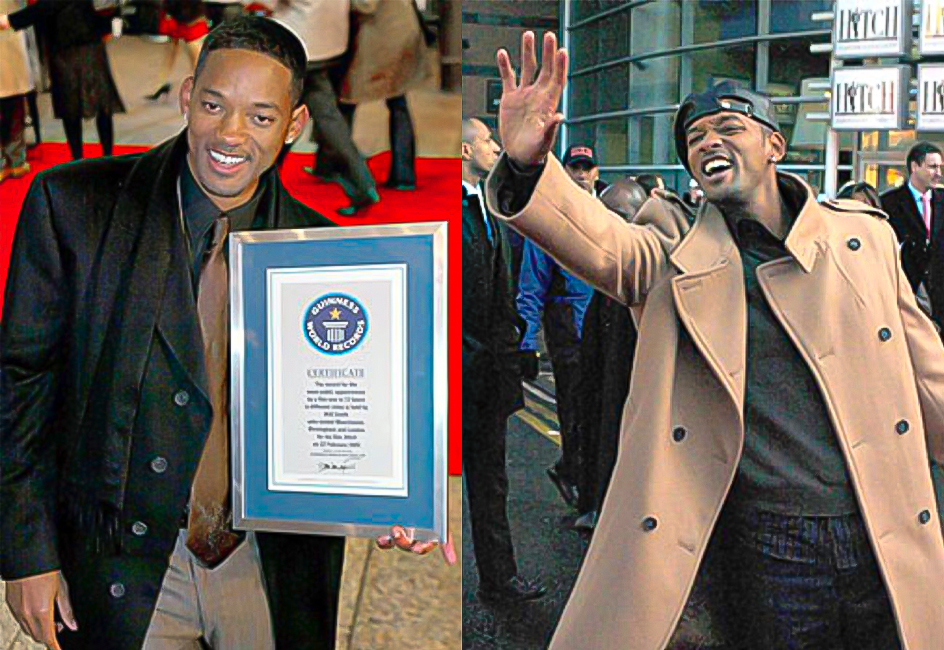 He also got up on a little stage and did a small impromptu gig – a little bit of beatboxing – before talking to the crowd about how much he loved Manchester, even though it was his first ever visit.

He said: “My wife came down here with Britney Spears a few years ago and told me what a great place Manchester was and that I should come down and see for myself. I’m very thankful that you guys came along today and I’m very happy to be here.

“I’m doing today what we are calling the red carpet record. I must have been to London about 50 times and I realise the UK is a lot bigger than London.” 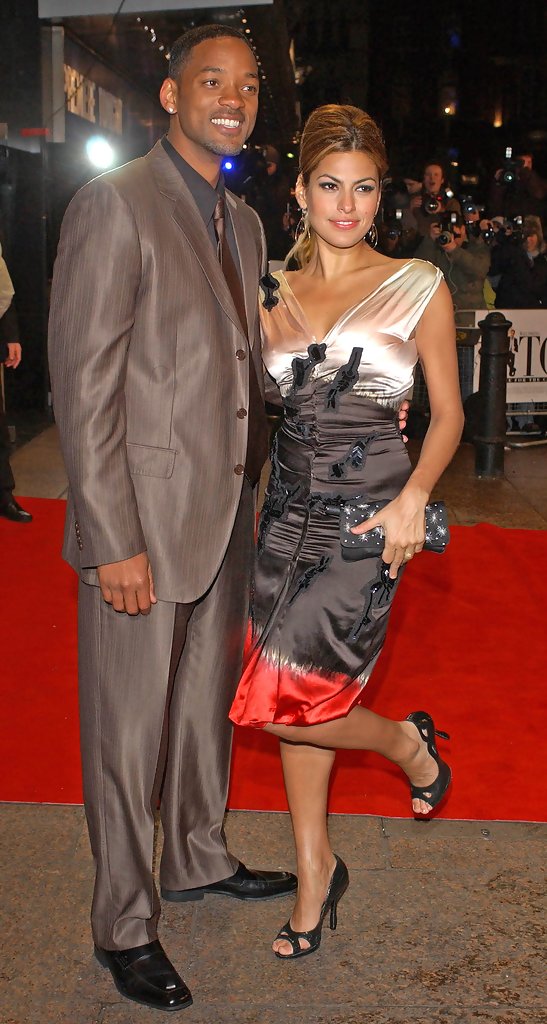 “This will not be the last time you will see Will Smith here in Manchester. I am definitely coming back.”

True to his word, Will later came back to the city to watch a Man Utd game, one where he strangely proclaimed that he “got a little spark” from watching a bunch of millionaires run around on a bit of grass. Each to their own really.

From The Printworks Will did indeed fly his way to Birmingham, and then London where he was joined by fellow Hitch stars Kevin James (Paul Mart Mall Cop) and Eva Mendez, as well as someone from The Guinness Book of Records who presented Will with a certificate for breaking the record, which he will have promptly stuck on his fridge as soon as he got back to his house in LA. 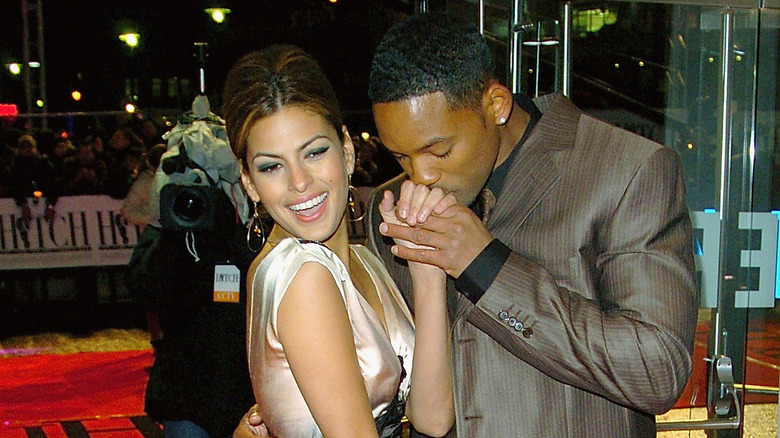 So there you have it, Will Smith in The Printworks. That’s pretty hard to beat. Unless, of course, you come back to me with a picture of Sir Anthony Hopkins doing tequila shots with a Hen Party in Hard Rock Cafe. Unlikely.