The Festival Square is set to host over 80 bands, DJs and musicians throughout July for MIF19.

Running from Friday 5th to Sunday 21st July there will be live music, cabaret, DJs, special events and plenty of family entertainment.

The square will take over Albert Square and will also showcase some of the finest Northern talents handpicked by Children of Zeus, post-punk LIINES and Halifax heroes The Orielles.

The opening day will see the spirit of carnival celebrated with Manchester School of Samba and House of Ghetto in a 2-hour dance party honouring diversity, verve and the flamboyance of the Manchester clubbing scene. There will also be some blistering funk from pioneering DJ Paulette.

Dave Haslam, DJ and writer, has curated an array of DJs from the city’s best club nights including Girls on Film, Kiss Me Again and Swing Ting to keep people dancing into the early hours.

Returning to the festival from MIF17 and their sell-out shows are Stealing Sheep and House Gospel Choir.

MIF19 is a celebration of Manchester’s home-grown talent, including street-dance from Aim Sky High, Indian infused rock from Wingspread, the horn-heavy soul from the 7:45s, NoSpace and tropical-kraut rockers Bethlehem Casuals and plenty more!

Other highlights include Rise Like Lions, a powerful performance celebrating the spirit of activism to mark 200 years since The Peterloo Massacre – a partnership from MIF, Manchester Histories and the Guardian; walking tours from Jonathan Schofield and Skyliner; and Underworld’s Karl Hyde is presenting a new iteration of Manchester Street Poem. 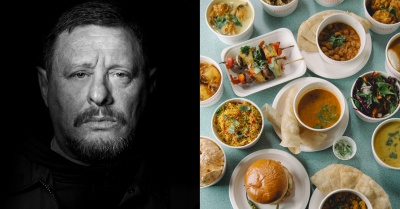