One of the oldest pubs in the city is also quite possibly the UK's smallest... 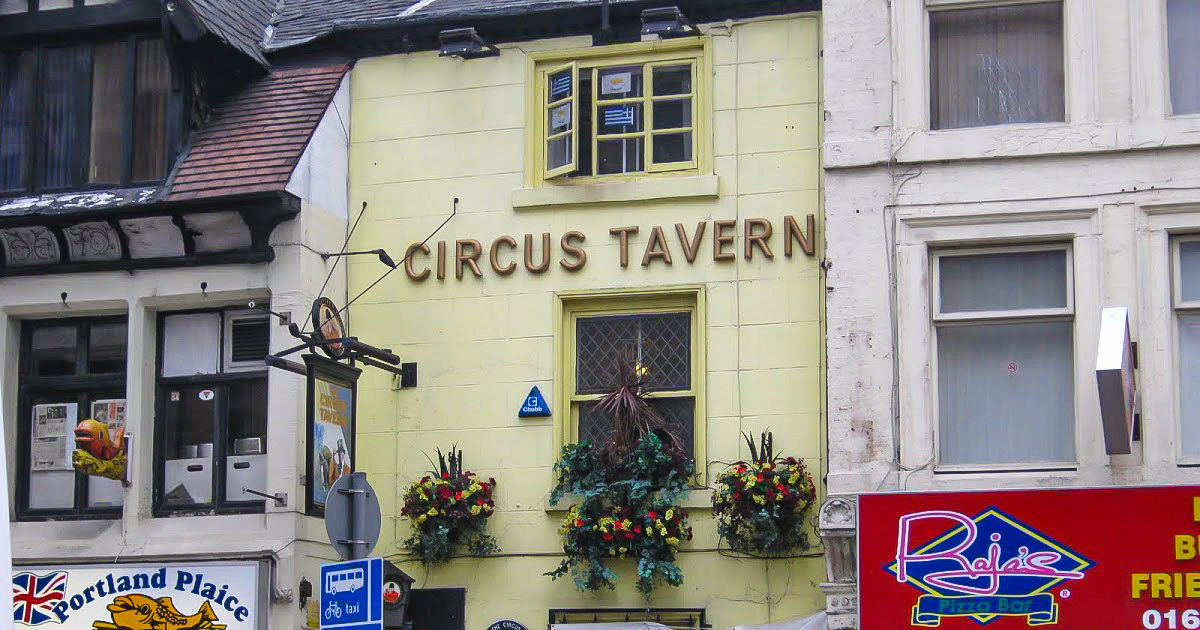 Wedged between a Chinese tea joint and a chippy, the Circus Tavern is one of Manchester’s oldest pubs and proudly claims to be “The Smallest Bar in Europe” on the wall outside.

Quite whether it is actually the smallest bar in the Europe is surely up for debate, but with a severe lack of motivation on my side to search out similar, tiny boozers elsewhere, let’s just all agree that it is indeed worthy of the accolade.

The pub isn’t just tiny, it’s also one of the city’s oldest, being built all the way back in 1790, although it only became a pub in about 1840. Legend has it got its name from the fact that performers from the nearby permanent circus used to pop in for a pint or two. 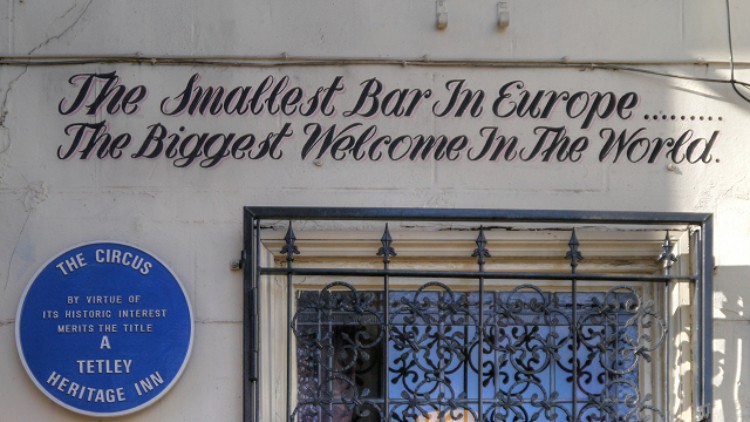 The pub’s tiny bar is set under the stairs and proudly features a couple of pumps and a modest range of spirits in the back. You can only really serve one person at a time here – getting a pint is a little bit like getting some Space Raiders from the tuck shop at school – just a little less rowdy.

It’s worth noting that the Circus Tavern isn’t actually the smallest pub in Europe, or even Manchester for that matter, but the smallest ‘BAR’ – as in the actual wooden thing that you get your pints from. 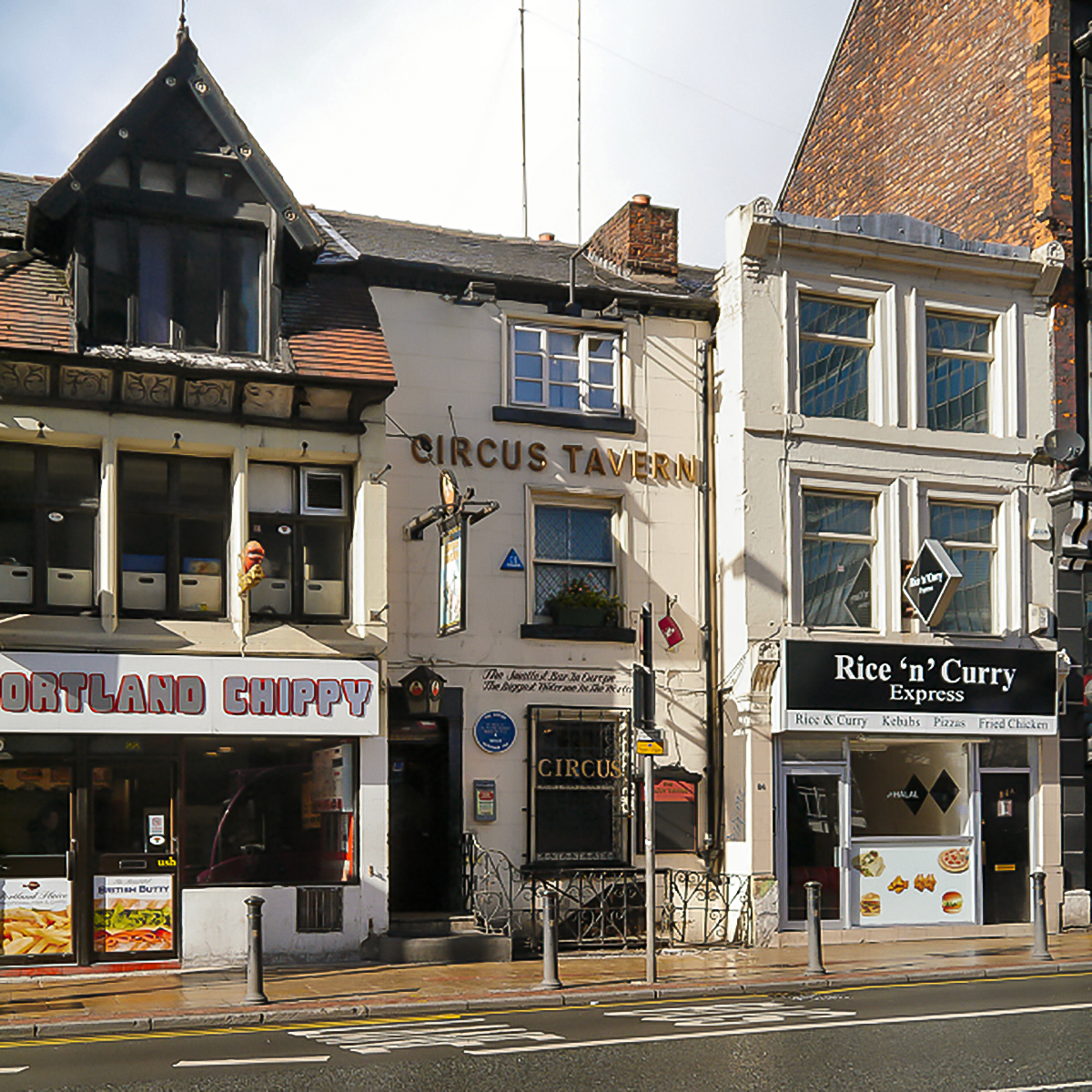 I actually think that The Temple over on Oxford Street can boast to being the smallest pub in Manchester – unless anyone can correct me?! I was in there once on a Wednesday night and there were about 12 people sat down and it was packed.

At the most the Circus Tavern can fit around 45 people, which I would describe as “slightly horrendous” when it happens – especially if it’s been raining outside. Most of the time though you’ll find a small clan of regulars supping their Tetley’s in here, and if you want to have some banter with some proper Manc characters – you’ll be sorted in here. 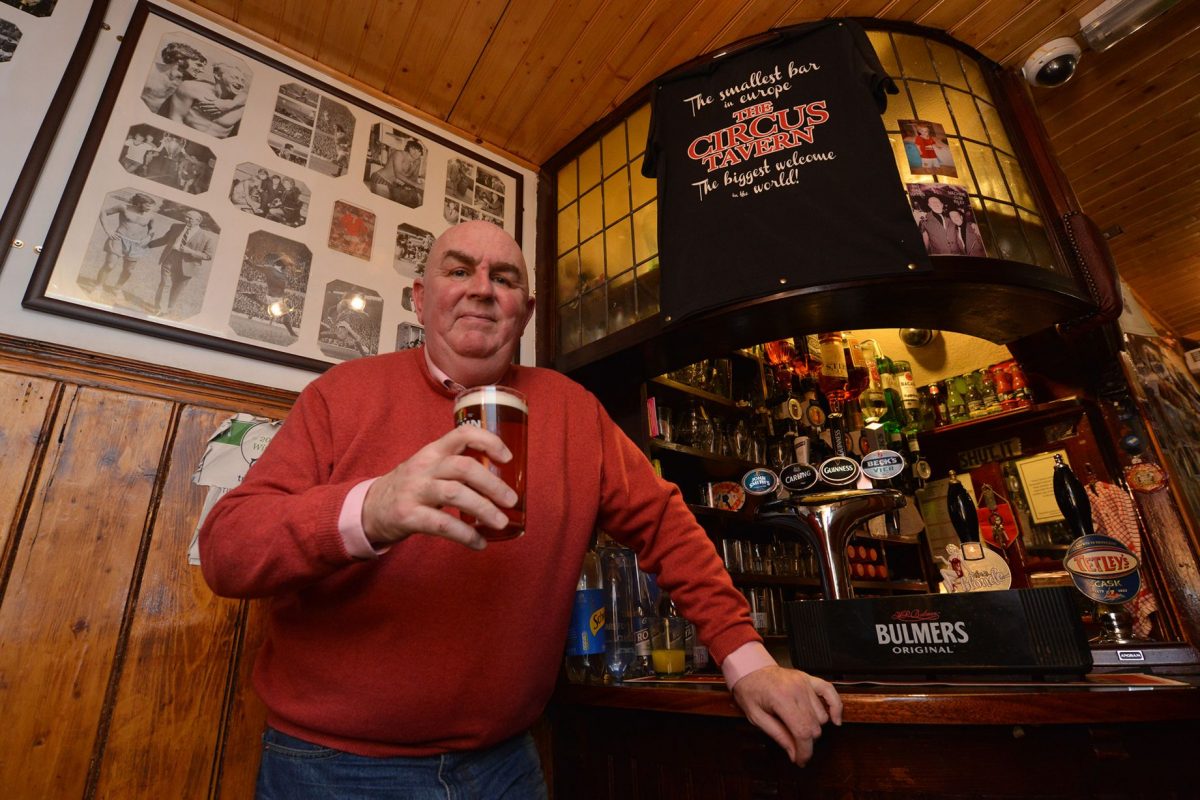 Current landlord Barry Hayes took over the Circus back in 2007 after responding to an advert in the MEN that the previous landlord – “Greek George” had placed in there – saying he was keen to move on.

I cant’ find anything on “Greek George” on the internet except for this interview on Channel M (remember that!?) in which he downs what looks like a triple whiskey in seconds. What a lad.

Adorning the walls in the Circus are a ton of photos of some of the more famous clientele that have frequented the boozer over the years, plus a fair few of some good ‘ol boys having a right piss up.

Notorious pint-downer George Best was known to pop in here from time to time – probably just before a game on his way to Old Trafford. As has Becks, Ricky Hatton, Cantona and probably 90% of the cast of Coronation Street over the years. 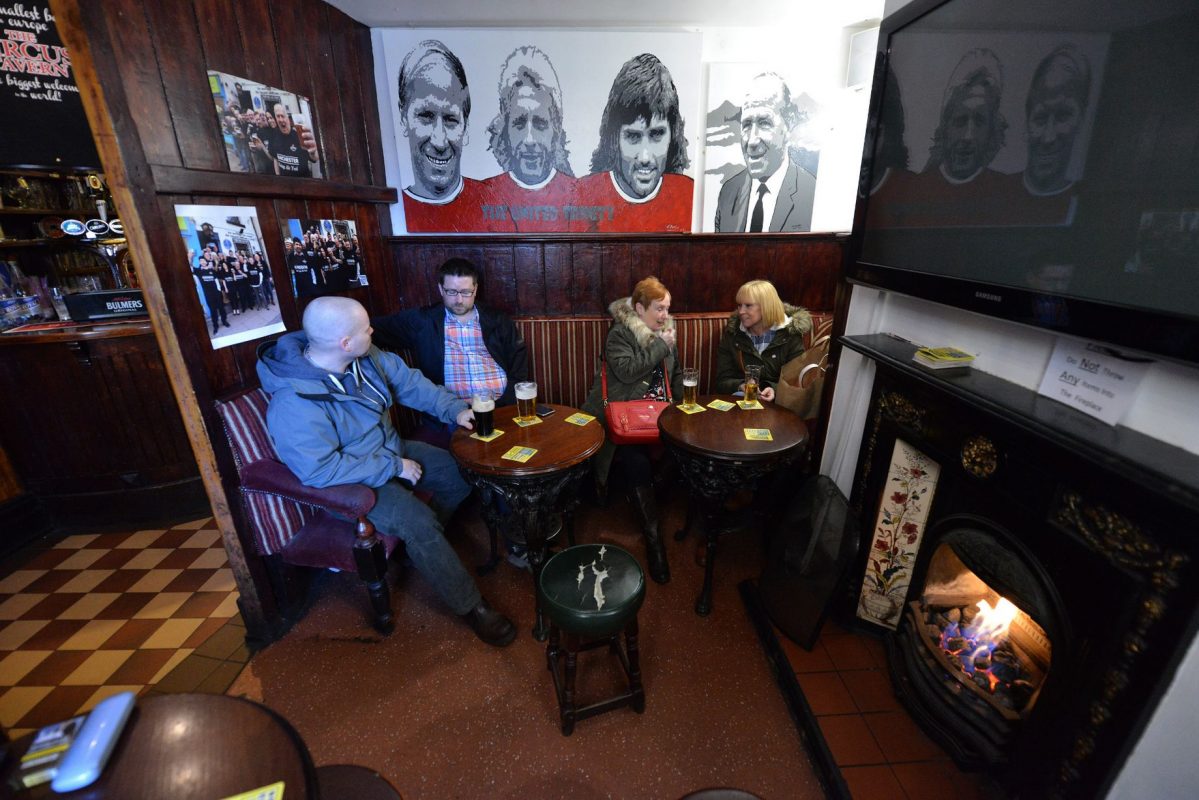 You can sit yourself down in the tiny room to the side of the bar and Best’s mug will be watching over you while you drink your pint in front of the roaring fire. It’s a fantastic old school pub experience, and you should all head on down when these social distancing rules are gone.