What to expect from Manchester Day 2019

Heading into its 10th year, Manchester Day 2019 is set to be bigger and better than ever before.

Manchester Day began 10 years ago with an aim to celebrate the creativity and diversity of the city. This year, the day falls on Sunday 23rd June and will see the city buzz with general excitement and celebrations.

Here’s what to look out for…

The parade sees Manchester day take to the streets, this year there’s a focus on the spirit of Manchester, women of the world, ancient tales and mystical mascots and saving our species. The full parade is a mile long and takes a full hour to pass by any one point.

The Creation Station in St Ann’s Square between 12-6 pm all day will be making parade hats for everyone and allowing you to join in the parade in the People’s Procession at 5 pm.

The fusion of colour, music and dance will start on Princess Street at 1 pm before weaving through the city and making its final stop in Cathedral Gardens. See the full route map here.

Exchange Square is the place for gifts with market traders from The Chorlton Potter to Daddy Cool Chilli Sauce. The Manchester Shop will also be there with plenty of Manchester-themed apparel.

Along with the Creation Station, St Ann’s Square will also have plenty of other chances to get involved including a dance session.

Cathedral Gardens will be transformed into a party with eclectic music from RNCM Session Orchestra to 90s rave classics from Mr Wilson’s Second Liners. The Circus House will also be there and they’ll be plenty of more surprises.

A fantastic line up of street food heroes has been curated for the full day including Tapas Altrincham, Grandad’s Sausages, Tampopo, Manfredi Ice Cream and many more.

The centre of town is exactly where you’ll need to be on Sunday 23rd June with plenty of stuff happening for all the family to enjoy! 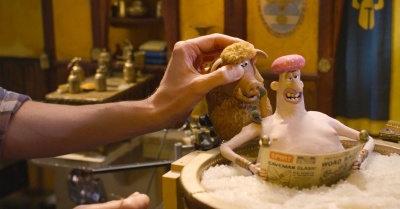