Get the popcorn, put your feet up and get your fix of the city from the comfort of your self-isolation station!

Our city is bloooooody beautiful! We know it, you know it and the directors of block-buster movies know it too.

There’s been plenty of them filmed in the city because of it. If you live near, work near or generally just go near the Northern Quarter chances are you’ve stumbled on to a film set at least once.

In fact, one time I opened the flat door and accidentally walked out mid-shoot slap bang into the middle of a set and they had to cut the take. Woooops!

Anyway, if you are a Mancunian, chances are that you’re missing the streets a little bit. So here’s our pick of the best things to stream that will give you that true Manchester fix… 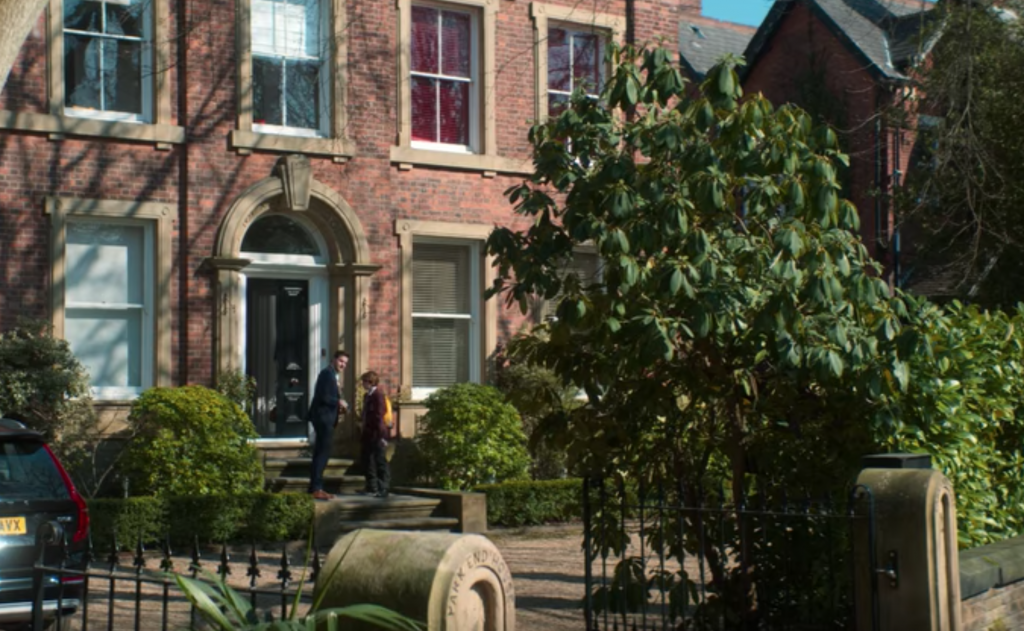 The Stranger
The easiest one to start your Netflix marathon is The Stranger. The whole thing is filmed across Manchester so I’ve created a Bingo (drinking game) for you to play to get you through self-isolation, get a friend on FaceTime and have a ball…

Speed driving through very small Northern Quarter Streets
Turns a corner and ends up in a different suburb
Any time they’re at the Caf
Anytime the £1.5m house in Didsbury makes you feel poor
Bonus Round: finish your drink for the Town Hall Arches

The Royle Family
The story of, well, nothing really. The Royle Family is probably the best TV show ever made and certainly one of the most Northern. Sitting down with the Royle’s while they watch Changing Rooms, chatting about how horrible Beverley Macca is certainly is one of life’s little pleasures and during these times, it’s also extremely relaxing. Perfect for anxiety – The Royle Family instantly makes you feel warm, cosy and right at home.

Fresh Meat
If you had a sense of humour circa 2012, you watched Fresh Meat. If you’ve never seen it I urge you, while you have the time self-isolating, to start watching this series. It’ll bring back all your amazing and disgusting memories of uni life and a guaranteed laugh. You’ll spot a few haunts of Manchester such as Sugar Junction and the Kings Arms in Salford.

Peaky Blinders
This one is more exciting if you were sort of in the city as Tommy Shelby was walking around. You’re probably not going to recognise it but there was indeed a scene in series 4 from the back streets of the NQ. There was some in the 5th series too and I imagine they’ll be back for the 6th when we’re all up and running again. Until then – I strongly advise re-watching from the beginning. Safe
Another Netflix thriller here, if you get through The Stranger and need some more action in your life this is the one for you. It’s all about the disappearance of a man’s daughter and sees him running around Manchester and the Northern Quarter on the hunt. Apparently it’s better than The Stranger too.

Supersonic
Love them or hate them, the Gallagher brothers have done more for the city of Manchester than anyone else from Burnage could ever even dream of. This documentary on Netflix is outstanding, and you’ll literally be wondering how the hell they got so much footage of the band as they went from practising in the basement of India House to ruling the world during the Brit Pop craze. Liam is his usual charismatic self of course.

Queer as Folk
As revolutionary as it was controversial when it first aired, Queer as Folk was really the first TV show to accurately portray the life of gay men and lifestyles in the 90’s. Russell T Davis decided (rightly) to set the whole thing in Manchester, with most of the action taking place in and around Canal Street. It also helped launch the careers of not only Davies but also Aiden (Littlefinger) Gillen and Charlie (Son of Anarchy) Hunnam.

Shameless
Another truly revolutionary show, Channel 4’s Shameless was a rather crude, surreal depiction of lower working class life in the fictional Chatsworth estate in Stretford (actually Gorton in real life). Frank Gallagher was the patriarch of many a little scally, and their stories kept us gripped for years. Sure, the series dropped off quite considerably towards the end, becoming more a parody of itself than an actual comment on working class life. Again, launched the careers of James McAvoy and well, that’s about it.

No Offence
A crime drama-dy this one – and if you’ve never seen it then it’s well worth a punt for the main character alone. Created by Paul Abbott, the fella behind Shameless, it follows a team of police detectives as they solve a series of crimes, most noticeably the murders of young girls with Down syndrome (in the first series). Protagonist Viv Deering is a powerhouse of a woman, taking no shit off anyone and pretty much carrying the whole thing. You’ll see plenty of Manchester’s wasteland in this.

Brassic
Now, I’ve not actually seen Brassic but it’s been on the list for bloody ages now because everyone says that it’s mega. The reason I’ve not seen it is because it’s on Sky One and I’d rather eat my own eye balls than give some money to that old crone Rupert Murdoch so I’ll just wait for it to come out on ITV or something. Anyway, it starts the always excellent Joe Gilgun and is about a group of youngsters who “commit various crimes to keep money in their pockets.”

24 Hour Party People
The story of Factory Records and one of its owners – Mr Tony Wilson. Played by Steve Coogan, a certain Peter Hook commented on the film (with affection?) that it saw “the biggest t**t in Manchester being played by the second biggest t**t in Manchester.” Neither the man or the story needs any introduction but the film is electric and a great watch. You’ll also see LOADS of Manchester in there too – plus some added Peter Kay getting a mucky with some prostitutes in the back of his van.

Control
The often harrowing story of Joy Division lead Ian Curtis, from young lad made big to eventual suicide in 1980, just two days before the band left to tour America. There’s A LOT at play here, from young marriage, kids, depression, marital affairs, band tensions, epilepsy, working class life in Britain and loads more – and it’s all deftly handled by the impressive direction of Anton Corbijn and a star turn by Sam Riley as Curtis.

Looking for Eric
A Ken Loach film starring Eric Cantona? I’m in. If you’re a United fan – that’s all you need to know really, but if not then let me tell you more. The film is about Eric Bishop, a postman whose life is going so down the pan that he considers suicide. Much like a modern day ‘It’s A Wonderful Life’ his whole outlook changes soon after with the help of imaginary friend Eric Cantona who gives him advice that gets him back on track. It sounds weird, and it is, but it’s also heartwarming and brilliant.

Peterloo
The story of the Peterloo Massacre, one of the key events in not just Manchester’s history but the whole of the UK. This Mike Leigh film chronicles the lead up to one of the most notorious acts in history, as armed govenrment militias at a rally charged upon the crowd, killing as many as 18 people and wounding around 700. It’s a thrilling ride and a must-watch for any Manc.