The police at these two stations haven't just been capturing criminals... 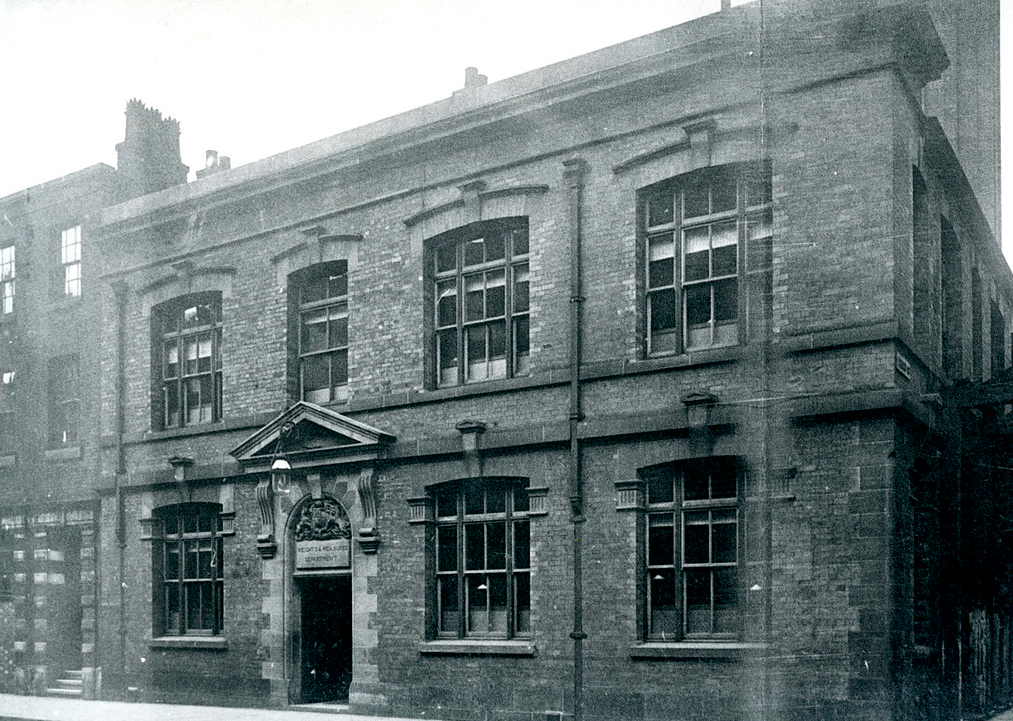 Police stations are already pretty scary places, especially if you’re stuck in a cell worrying about what’s going to happen to you. Will you get banged up for a couple of years? Or will it just be a slap on the wrist and back home for supper?

No matter how frightening it must be, there have been various ghost sightings within some of Manchester’s stations – making the whole thing around a million times worse.

First up is Old Denton Police Station, who reported three separate sightings of a “ghostly white figure” between 1972 and 1978. The first was spotted by PC Ted Etherington, who was making a cup of tea one night when he saw the figure walk into a disused locker room. He chased after him but nobody was found. 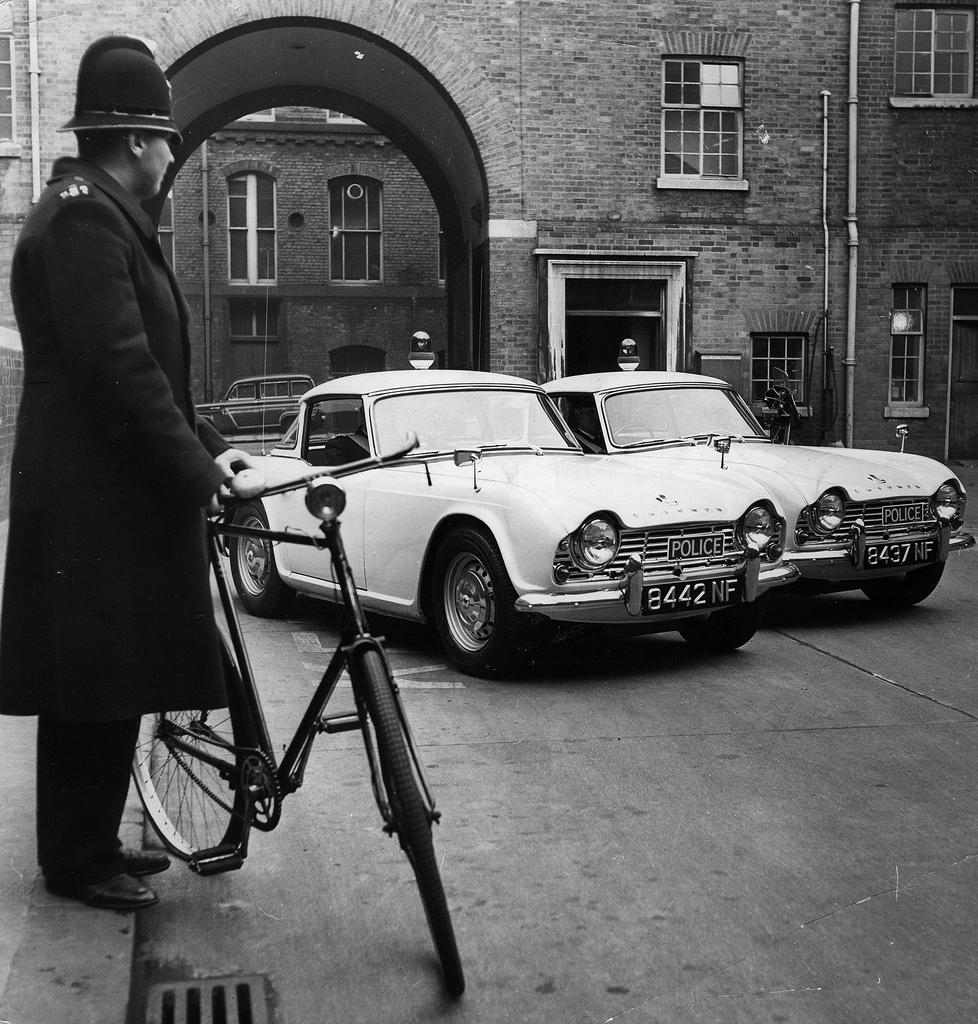 Three years later, PC Mike Barron was alone in the station, again at night. Passing an office, he saw the same ghostly figure within. Mike entered the room, but the figure had vanished. Knowing the station was locked, Mike decided to summon up the police dogs to catch the intruder, but again – he found no trace.

Finally, in 1978 station cleaner Doris Weir was working outside the courtroom early one morning, when she saw the white-coated figure peering through a door at the bottom of the staircase leading to the court. She was understandably shaken, and without a trusty baton or a pack of police dogs available to her – I’m surprised she didn’t leg it straight away. 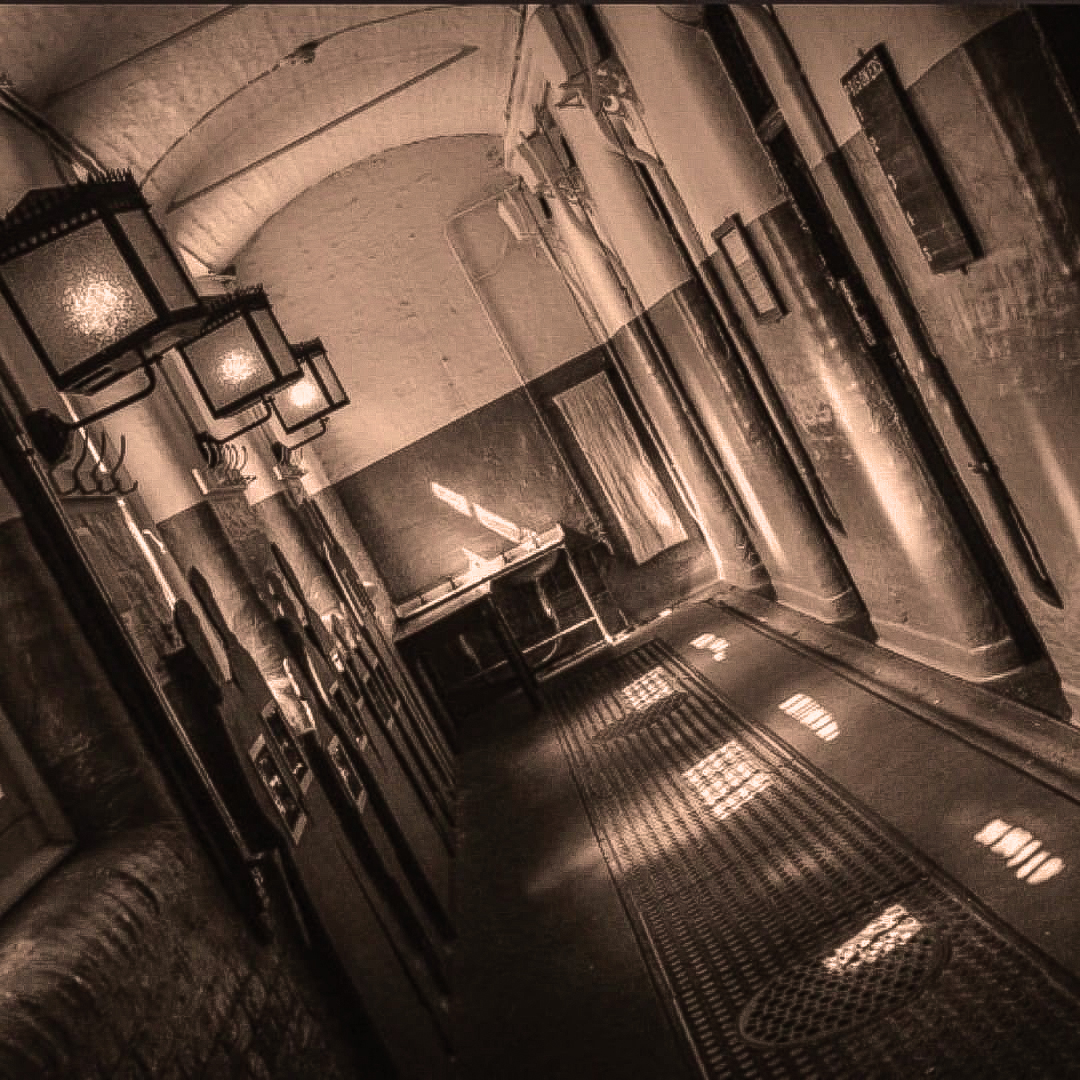 Doris’ sighting was the last one ever recorded at the station, but people suspect that whoever the ghostly figure was has moved over to Newton Street’s Police Station – which is now the Greater Manchester Police Museum – when the courtroom took up its new home in the city centre.

The Police Museum on Newton Street, once a fully functioning cop shop and courtroom, actually already has its very own long-standing resident ghost – a certain “Sniffer” – so called as it is said that he can sometimes be heard sniffing in the cell area. 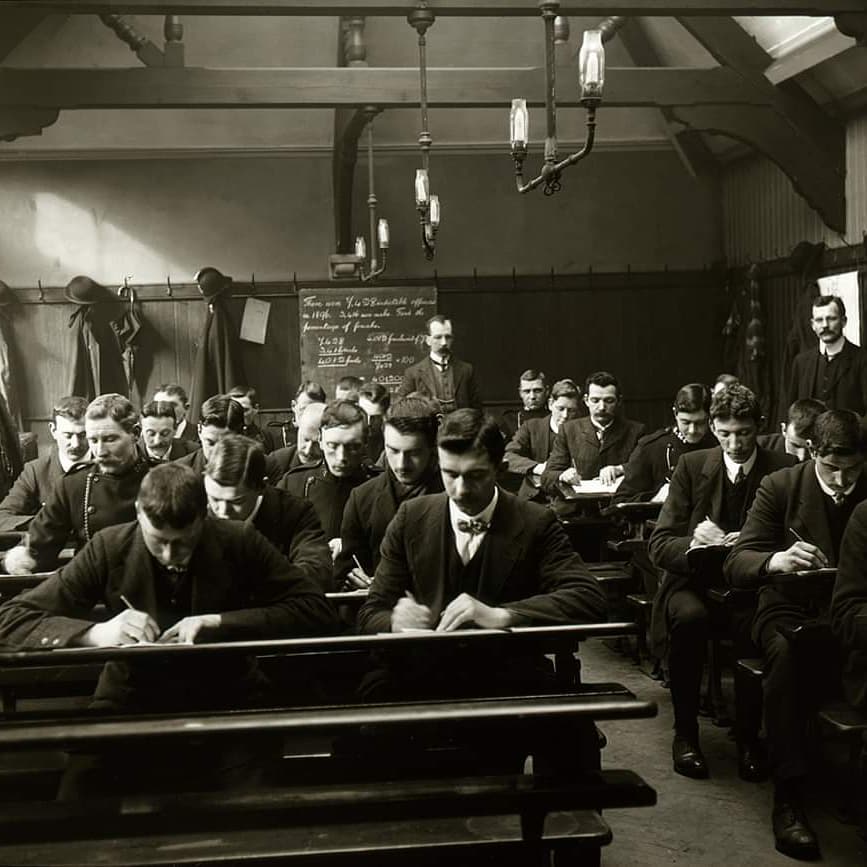 The station was in use for just over 100 years, opening up in 1879 and becoming a museum in 1981. Over the years the the cells will have housed all sorts of criminals, vagabonds and trouble-makers from across the city – and it’s likely that a couple of them will have died within the thick brick walls of the prison area.

Finally, the old police station on Bootle Street was also said to be home to a haunting manifestation, with footsteps being heard by many of the officers on the nightshift, and an old timecard machine that would occasionally kick into action and ‘clang’ as people walked past. 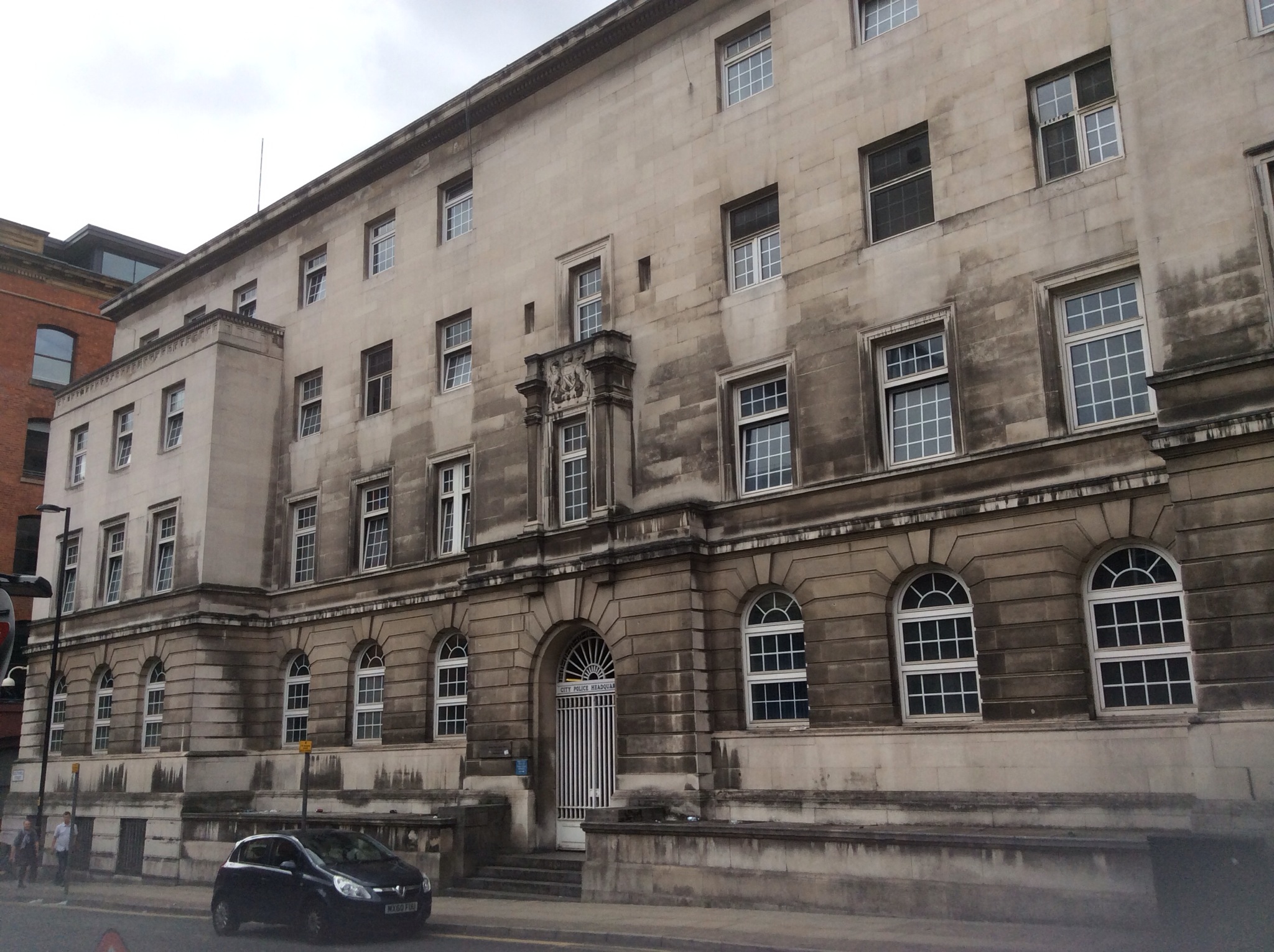 Worst of all, it was said that a former female prisoner was said to haunt the corridor outside her cell, and even though the station isn’t in use anymore, presumably still does.

I don’t know what it is about old police stations and hauntings, but spirits and ghosts are seemingly attracted to them – as these sightings would suggest. Perhaps its down to the sheer fearsome, angry energy present in these buildings that brings them – or maybe something left over from life that tugs away in the afterlife. 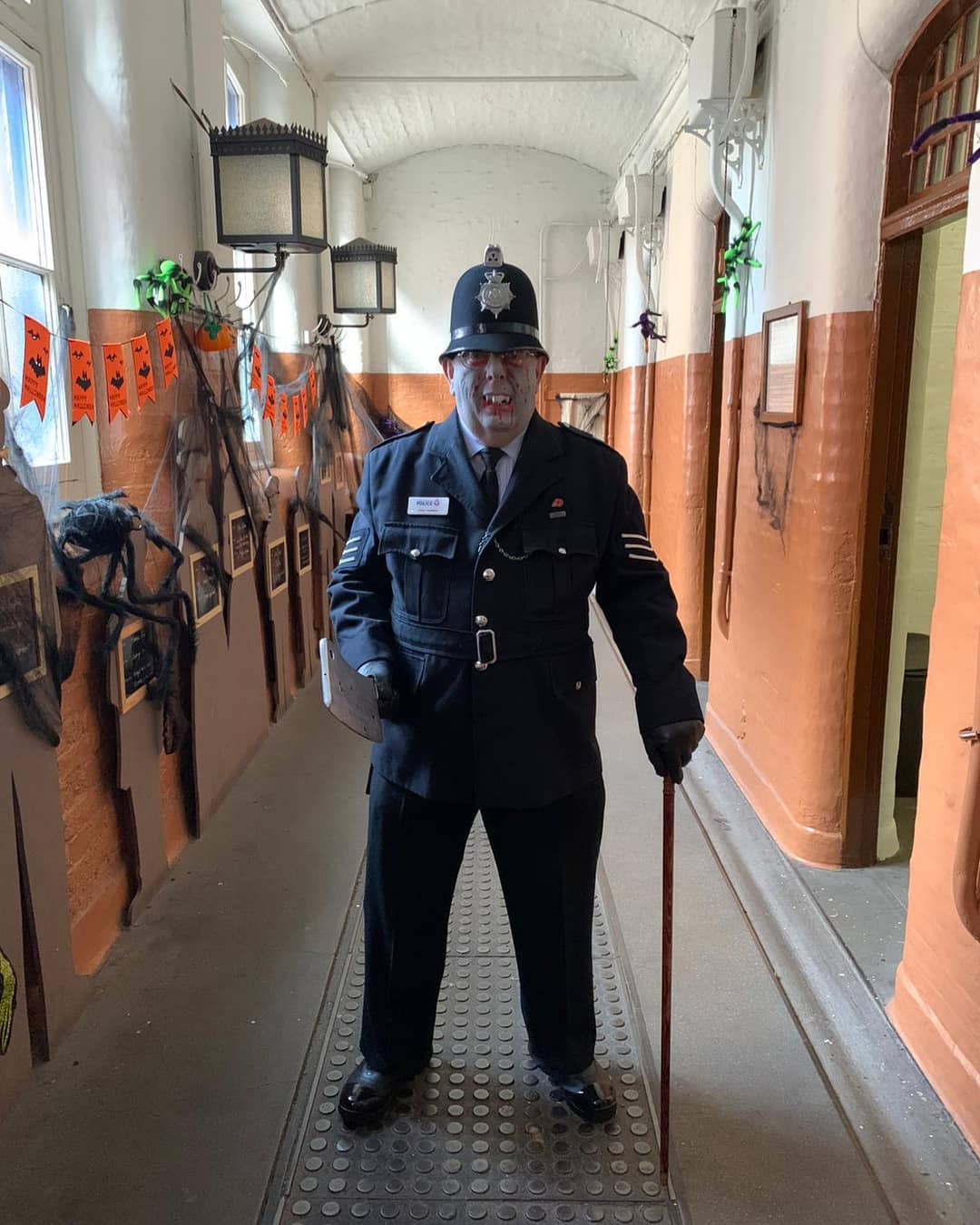 Or maybe it’s just a few coppers (and a cleaner) who have been working too hard, too late and need a bloody rest. I suppose we’ll never know.

The Greater Manchester Police Museum is currently still closed to the public, but when they re-open again – I highly recommend a visit – it’s brilliant.