This manor house in Worsley houses something a little more sinister than just old furtniture... 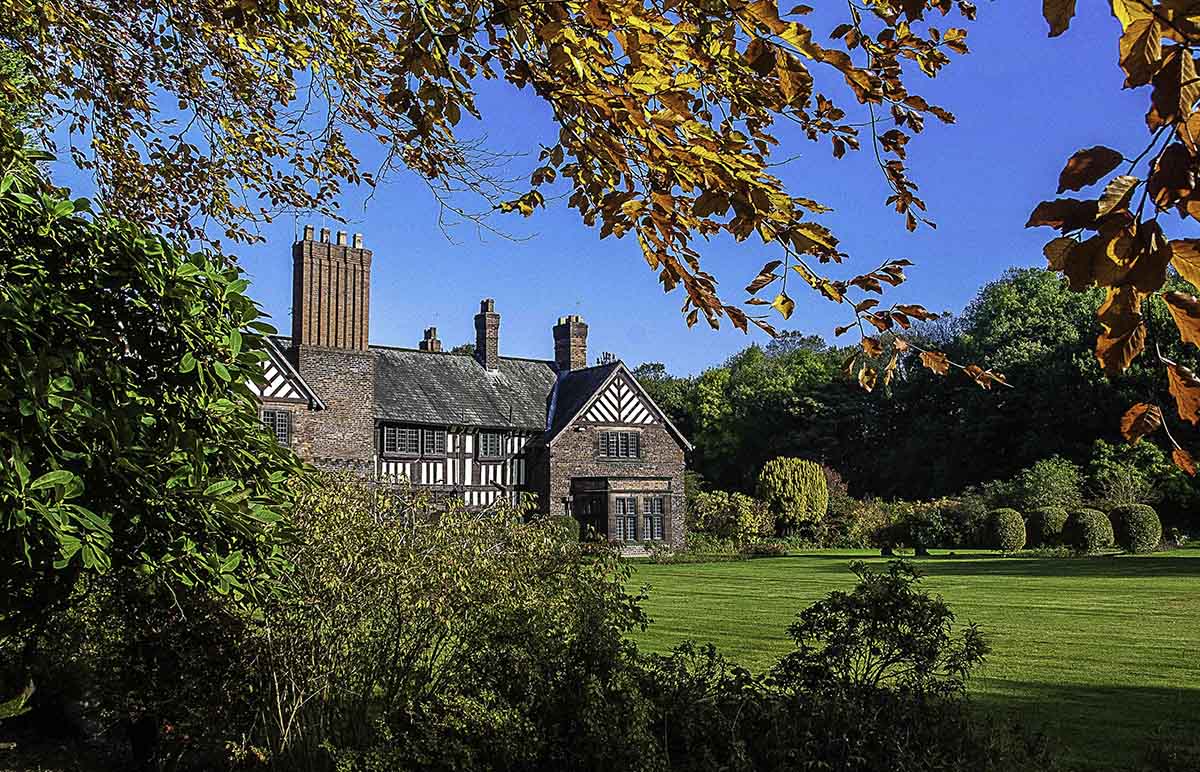 There’s no denying that Wardley Hall in Worsley is a stunning example of early Tudor architecture.

Built during the short reign of King Edward VI, the house replaced an even older residence which dated back from the year 1292.

Extensively re-built and renovated throughout the 19th and 20th centuries, the Hall now serves as the official residence of the Roman Catholic bishops of Salford. 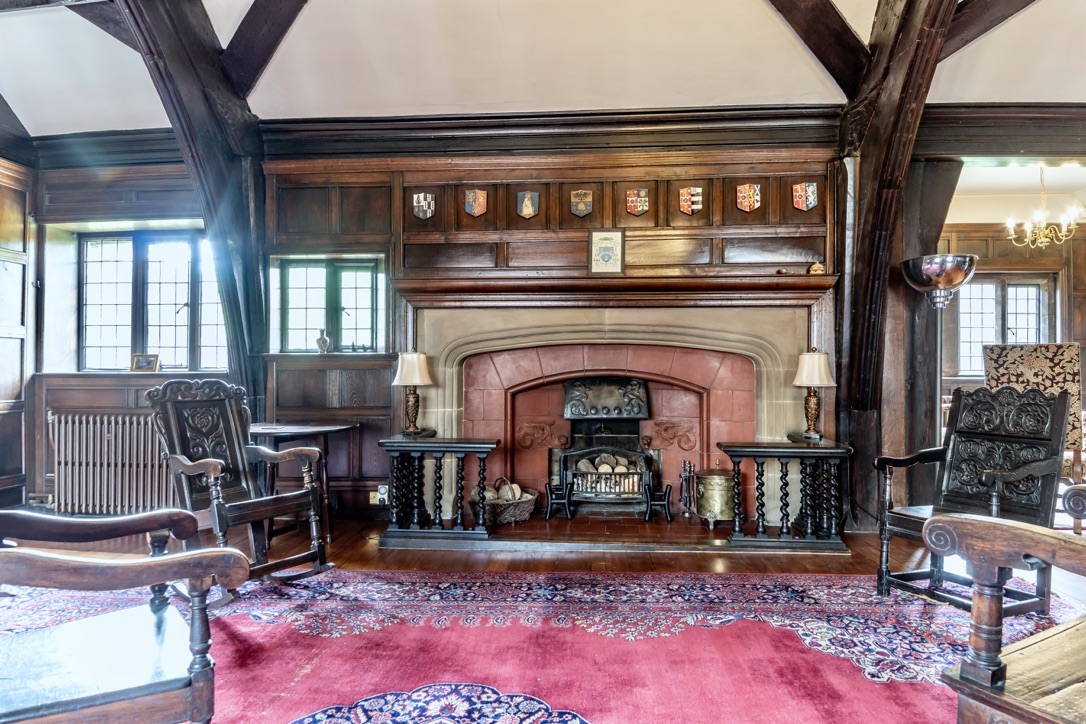 Right, that’s the boring stuff out of the way. Now on to the truly scary stuff…

Wardley Hall is, rather oddly, home to the skull of a Benedictine monk, a man named Edward Ambrose Barlow, or Father Ambrose, who was hung, drawn and quartered at Lancaster Castle in 1641.

Born to Sir Alexander Barlow of Barlow Hall in Chorlton, Father Ambrose was a minister of several secret Catholic chapels around the Worsely area – including Wardley Hall itself. 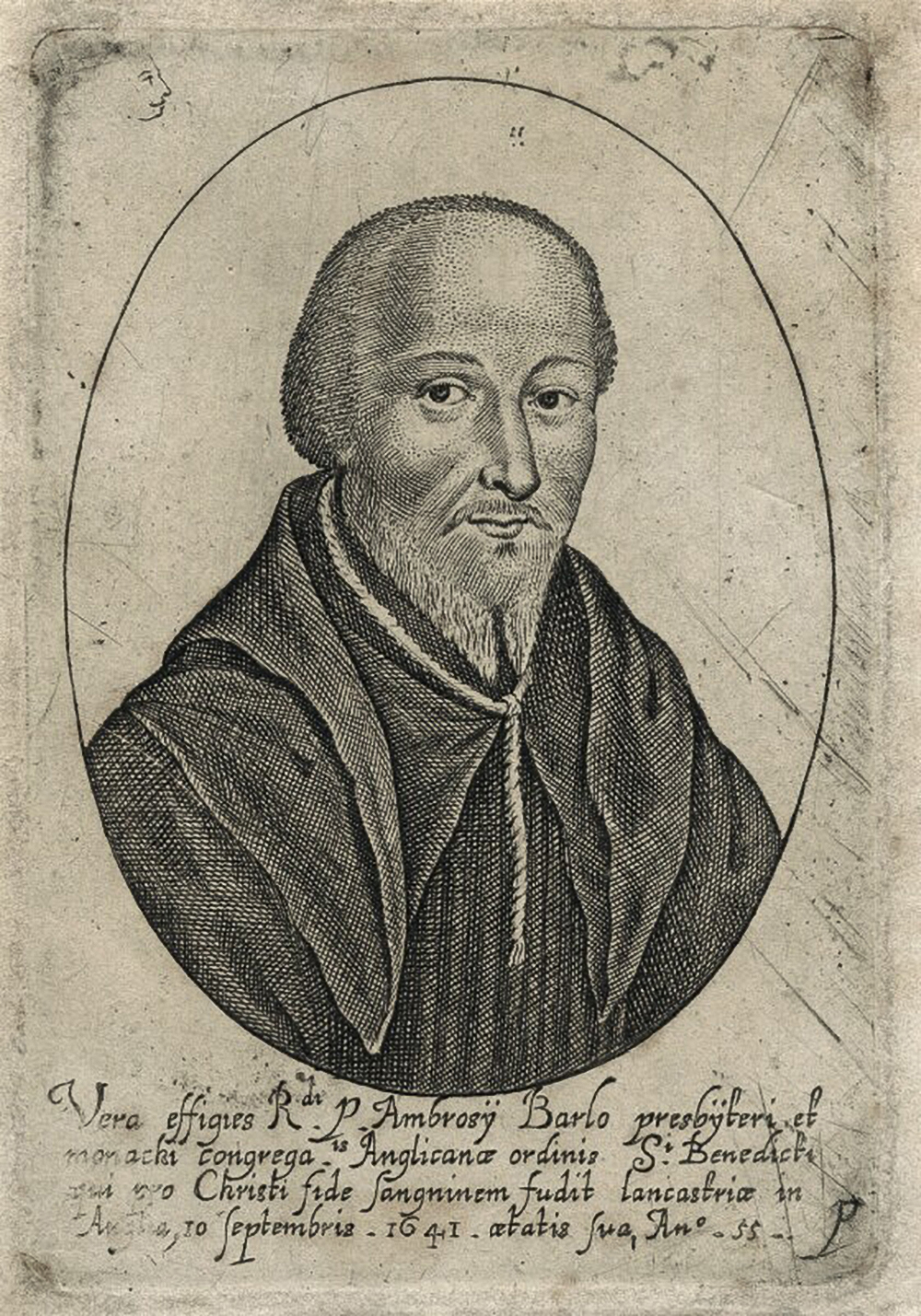 Whilst preaching to his congregation on Easter Sunday 25th April 1641, he was attacked by an angry and fanatical mob led by a neighbouring minister, carted off to Lancaster Castle, tried and then condemned to death.

So it was that on September 10th of that year, Father Barlow was plonked in front of a crowd at the castle and there he was hanged, cut down, butchered, and his quarters par-boiled in a tar cauldron. 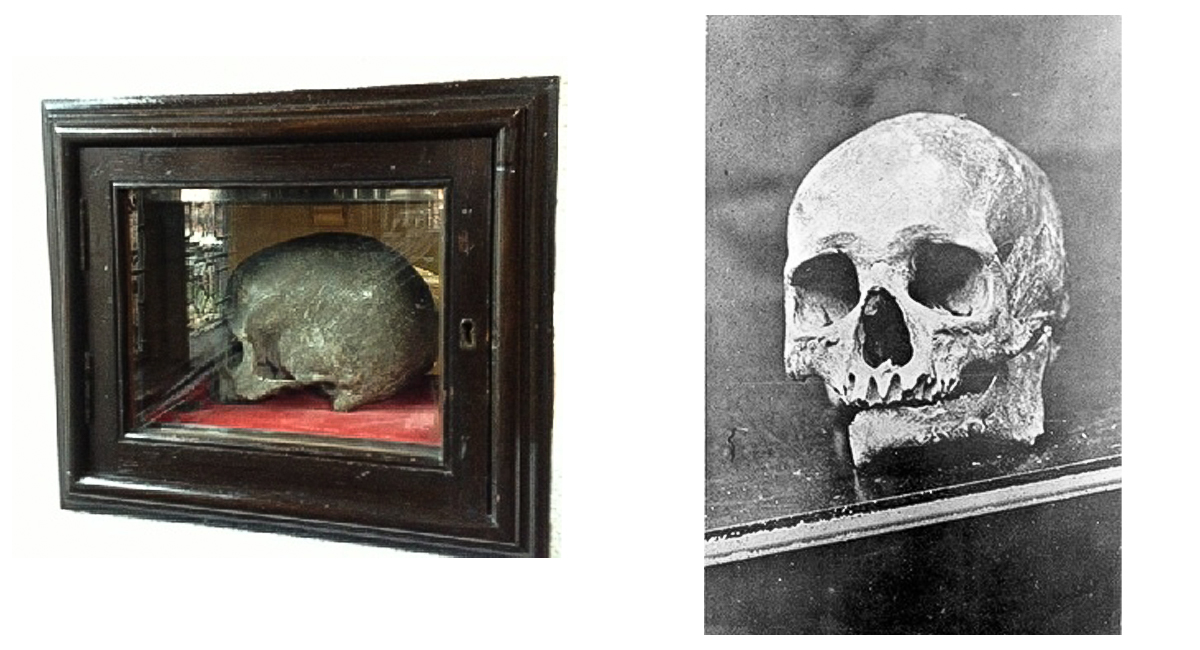 His head was then impaled and put on display outside the castle, left for the crows and considered a statement to any other secret Catholics about the dangers of preaching in the newly Protestant country.

It’s here though that things get even stranger. The Lord of Wardley Hall, a Mr. Francis Downes, decided to secretly secure the head of Father Barlow, who by now had become one of the Forty Martyrs of England and Wales; Roman Catholic priests who declined to accept Henry VIII’s Act of Supremacy.

Quite how he managed to get the head is beyond me, and likely lost to the whispers and gossip of history. But once he managed to secure the head, he cleaned it up and then placed it behind a secret panel at the top of his main staircase. 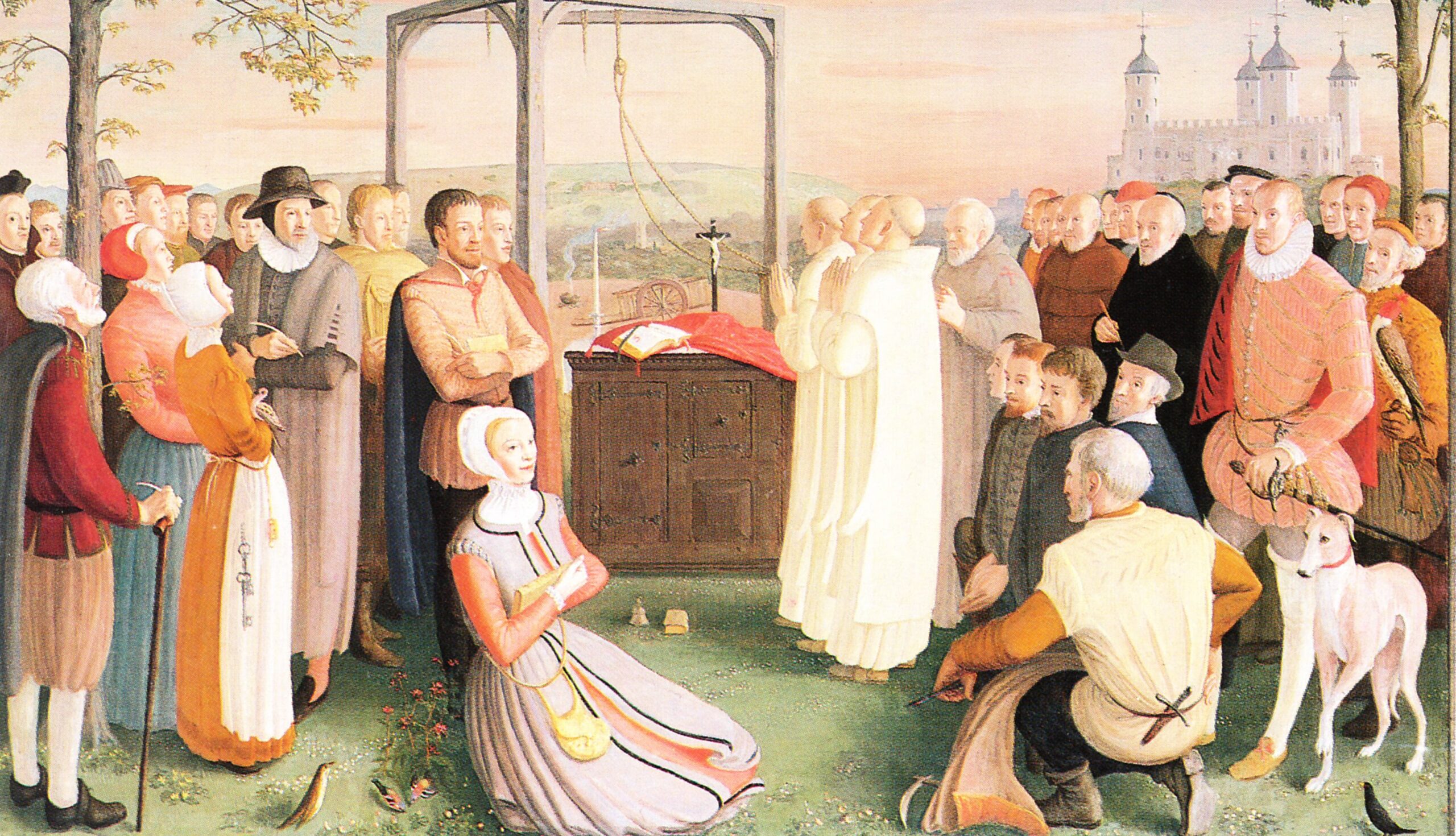 Forty Martyrs of England and Wales by Daphne Pollen

Now, this isn’t just some normal skull. It’s not from a person who died of old age in their bed, surrounded by their loved ones and their prized goat. This is the skull of a man who was condemned to eternal suffering, one who was victim to a truly savage and horrifying death.

His body was mutilated, quartered, butchered, boiled and sent to the farthest reaches of the country to be buried and burned. This is no bog-standard human skull – not by a long shot. Legend has it that this is a ‘SCREAMING SKULL‘.

What the fuck is a ‘Screaming Skull’? Well, it’s obviously a skull that screams. Or speaks. Or generally haunts whoever it can. 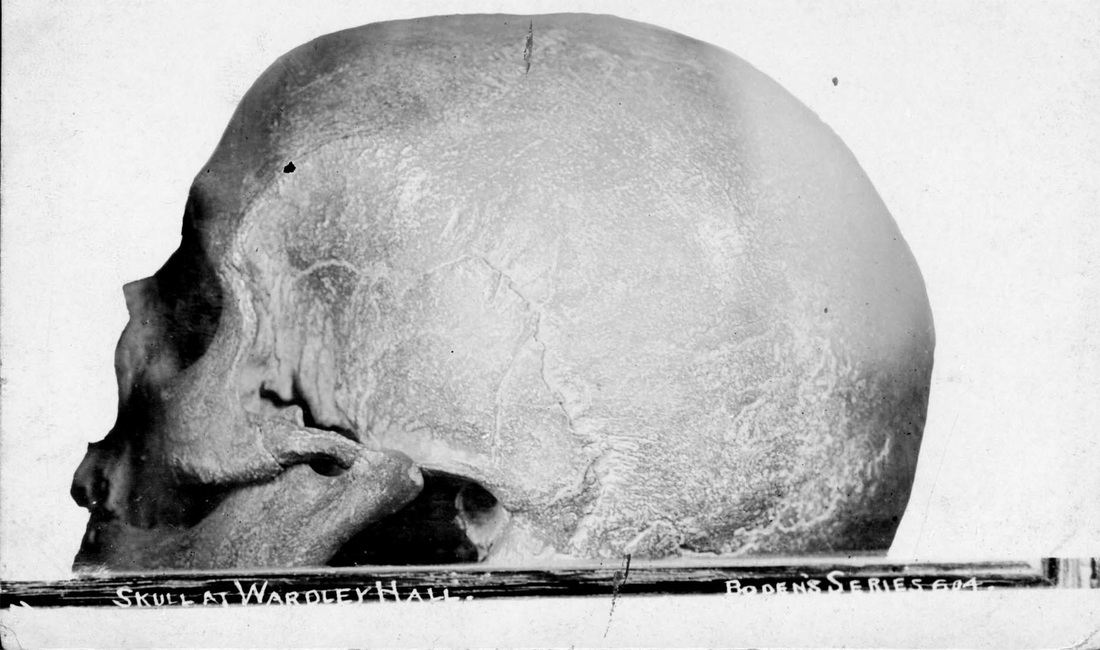 The legend of ‘screaming’ skulls comes from an 1897 book about Bettiscombe Manor in Dorset. Apparently they once bought a skull of an African slave once owned by the owner of the house and, seemingly because the slave wanted to be buried in his homeland, any attempt to bury the skull near the Manor would cause the skull to scream aloud.

In the 18th century, the owner of the Wardley Hall at the time, Francis, the 3rd Duke of Bridgewater, discovered the grisly skull hidden behind a compartment and threw it into the moat.

What instantly followed was a terrible and raging storm, the likes of which they’d never seen before or since on the grounds, and so Francis quickly had the moat drained and the skull returned to its original position. 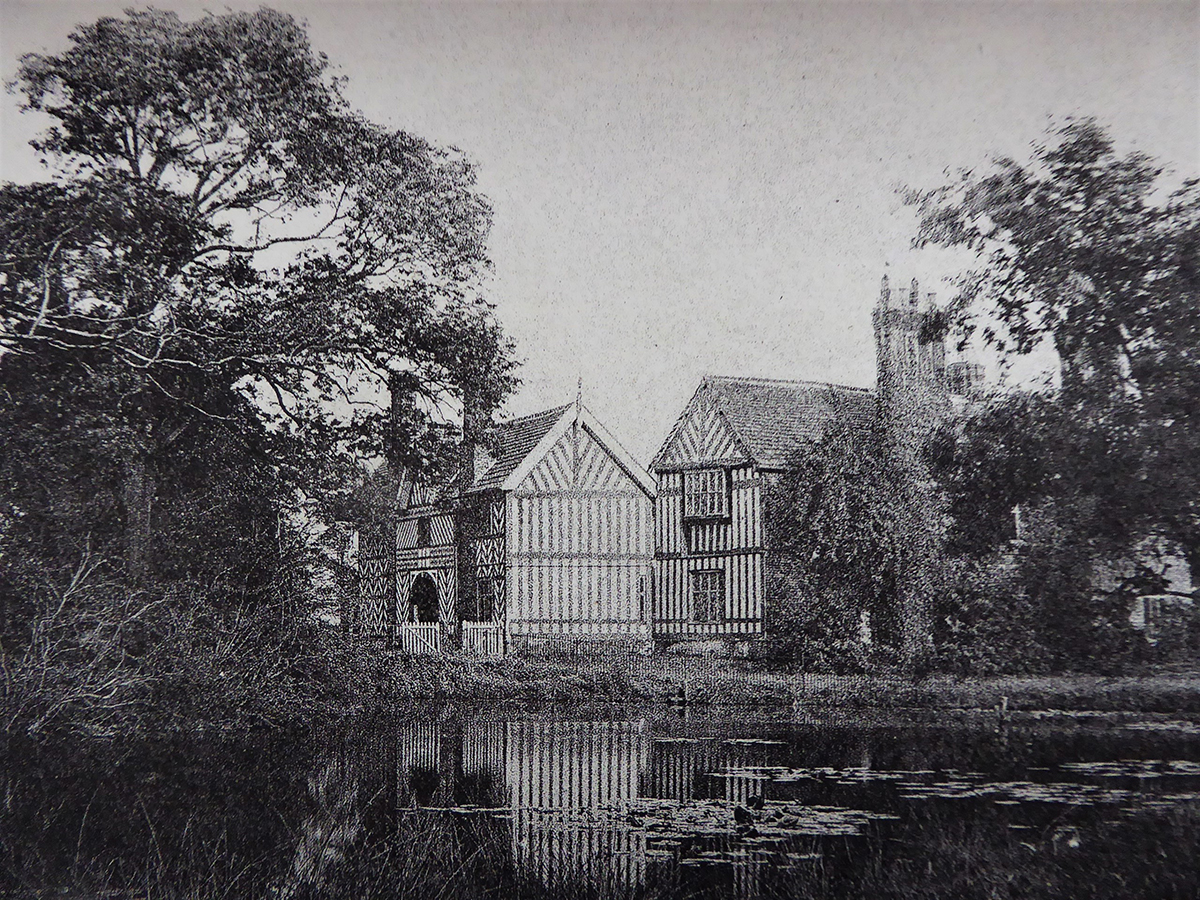 Over the years the supernatural nature of the skull has come into question, and owners of the Hall have taken it upon themselves to bury, burn or smash to pieces this horrific talisman. Each time however, the skull would be found outside the hall the very next day, eternal grin on its face and totally undamaged.

As a result, the Screaming Skull of Father Ambrose still sits in Wardley Hall to this very day. Tales of a faint screaming are not unheard of, and any attempts to remove the skull for good are not advised at all.

If you want to know more about the history of the estate or indeed the skull, Wardley Hall will be open to visitors once this pandemic is out of the way.