Taking inspiration from the dimly red-lit boozers of Amsterdam and Berlin, The Talleyrand has a sense of mischievousness about it that automatically made me feel right at home. 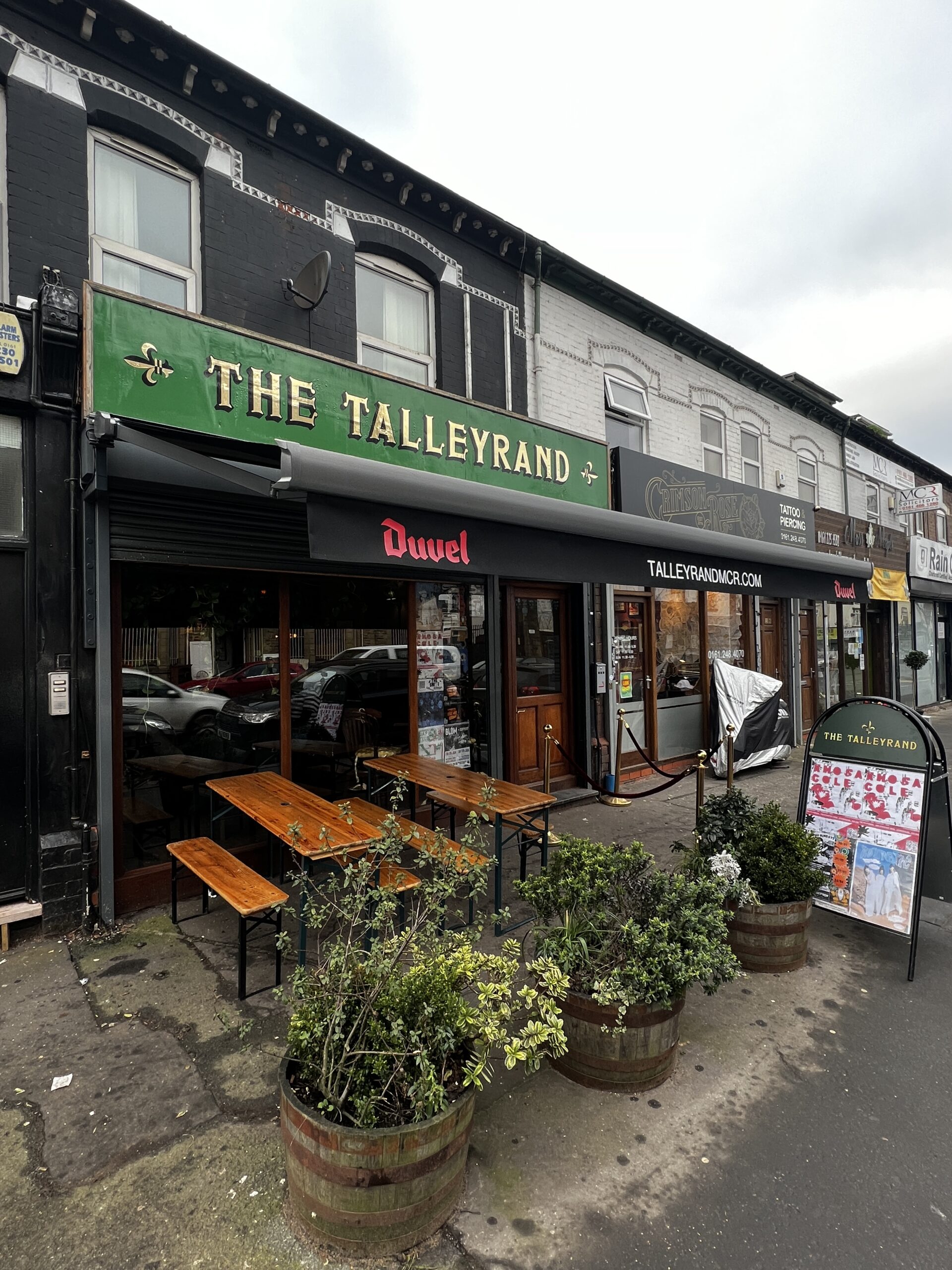 Stepping through the dark oak front door of The Talleyrand for the first time, I almost mistook it for an antiques village, or the main room of a manor house where balls were once held.

Its candlelit interior is covered in archaic paintings of lords, accompanied by crucifixes and vintage lamps, making you want to sip sherry out of crystal flutes and skin a few pigs out back come dark. 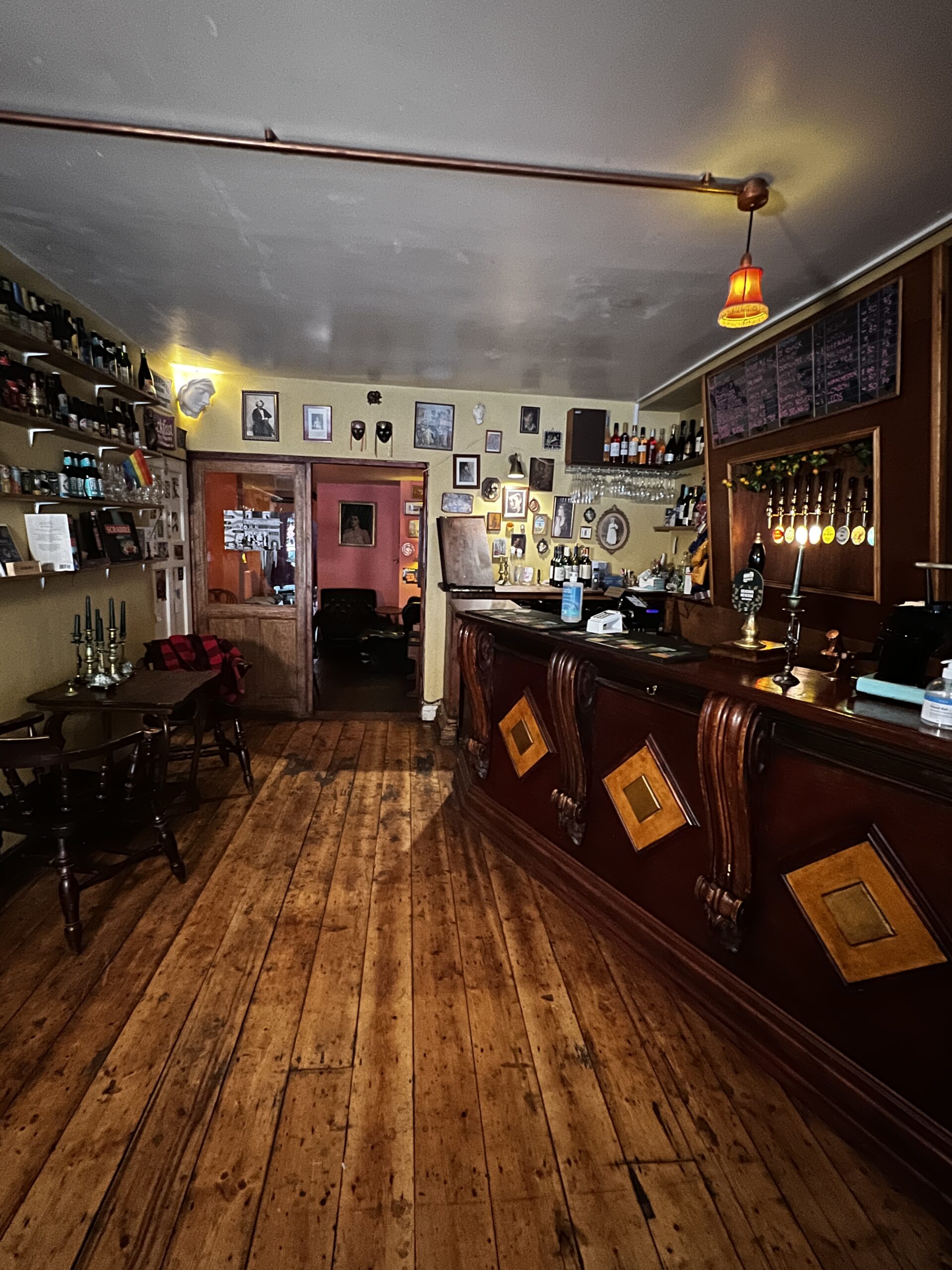 Slap bang in the middle of Stockport Road, the bar and event space is one part of the ever-expanding creative hub of Levenshulme.

To say it’s being gentrified like other suburbs of the city is wrong, as Levenshulme clings onto its character without shying away and disconnecting from its past. It truly celebrates it, and so does The Talleyrand. You only need to dig a little deeper into the name to find out how. 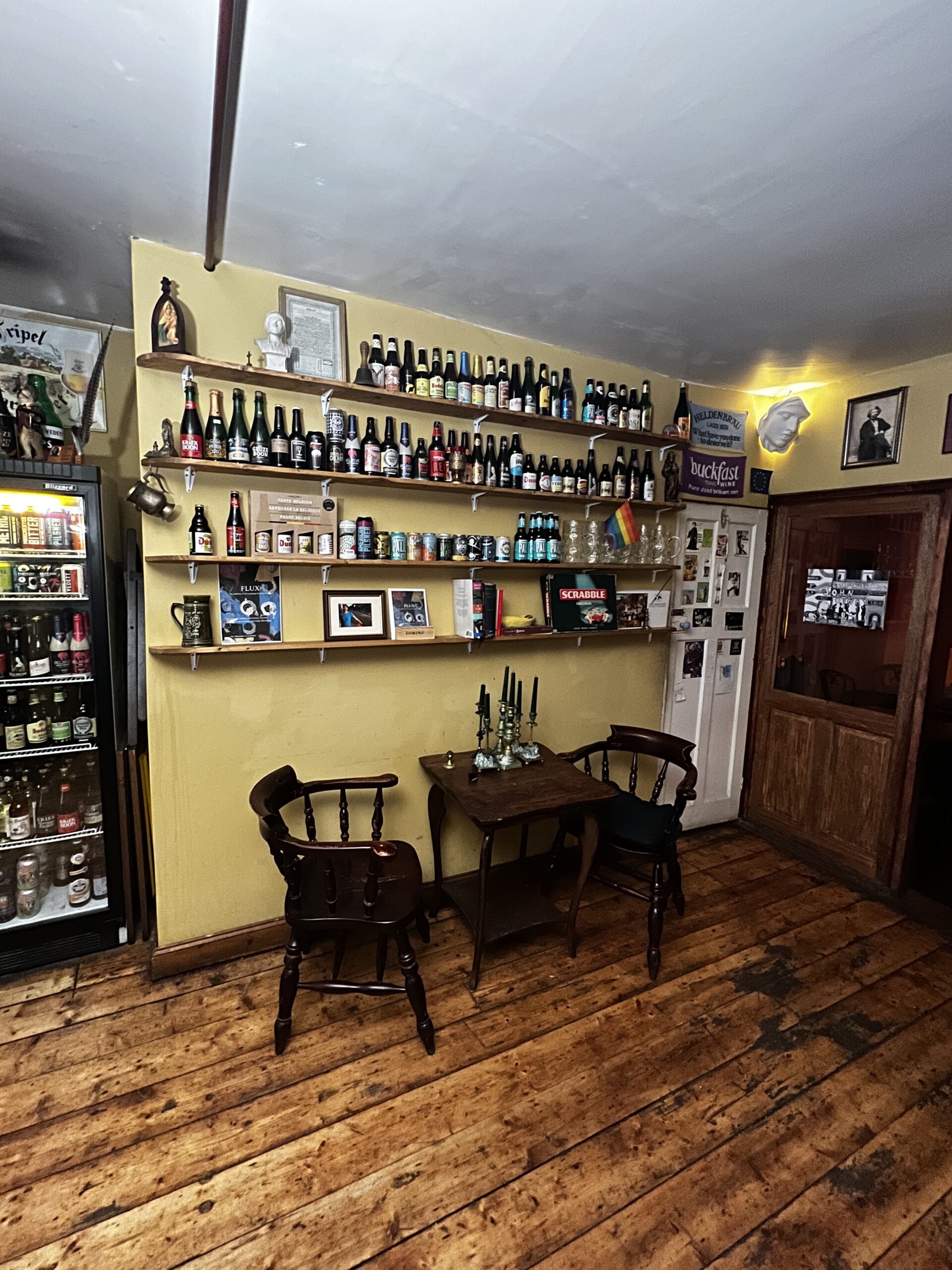 “We wanted the venue to connect with its local area, instead of it being some hip spaceship that had just landed, so we named it after French diplomat, Charles Maurice de Talleyrand,” explained Tom Hughes, one half of the duo that owns the pub.

“He was a really cunning politician who worked alongside Napoleon, but he had to flee France during the French Revolution and ended up here in what we now know as Levenshulme. That then became the name of the area in the years after he had departed.”

The venue is owned by Tom, alongside his good pal, Dean Brocklehurst who he first met when the pair were working together at HOME. 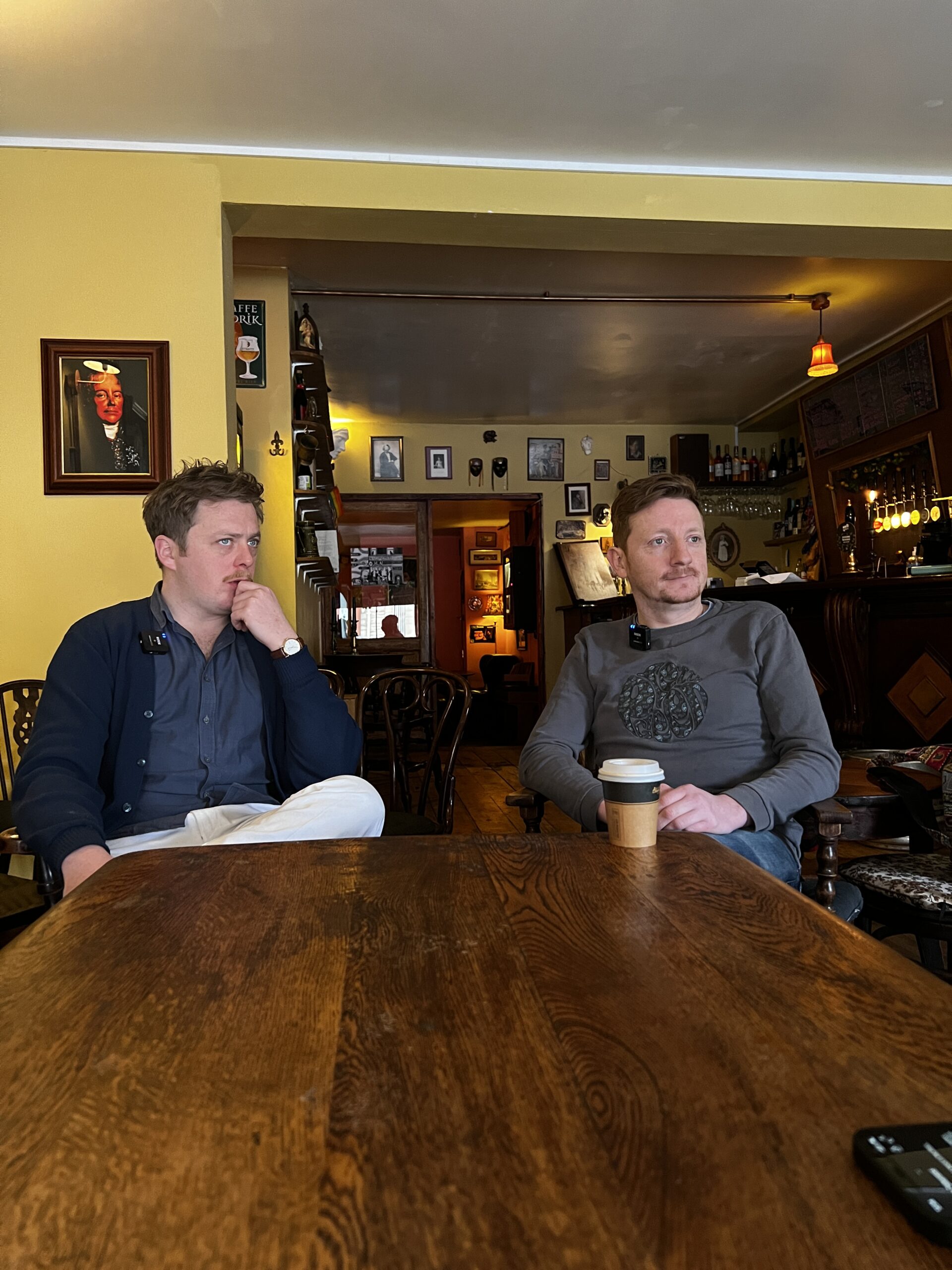 With both Tom and Dean having backgrounds in filmmaking and screenwriting, as well as music venues, they recognised they had a very similar work ethic and were keen to bring more music, culture and art events to areas outside of the city centre.

“I think our advantage is that we have full control of our events and listings, and we can also serve a decent pint, too.

“There are loads of places across the city holding ace gigs and art events, but serving cheap pints of beer. We’ve got a massive range of craft beers that we change weekly and I think that’s one of the things that draws people to our venue,” furthered Dean. 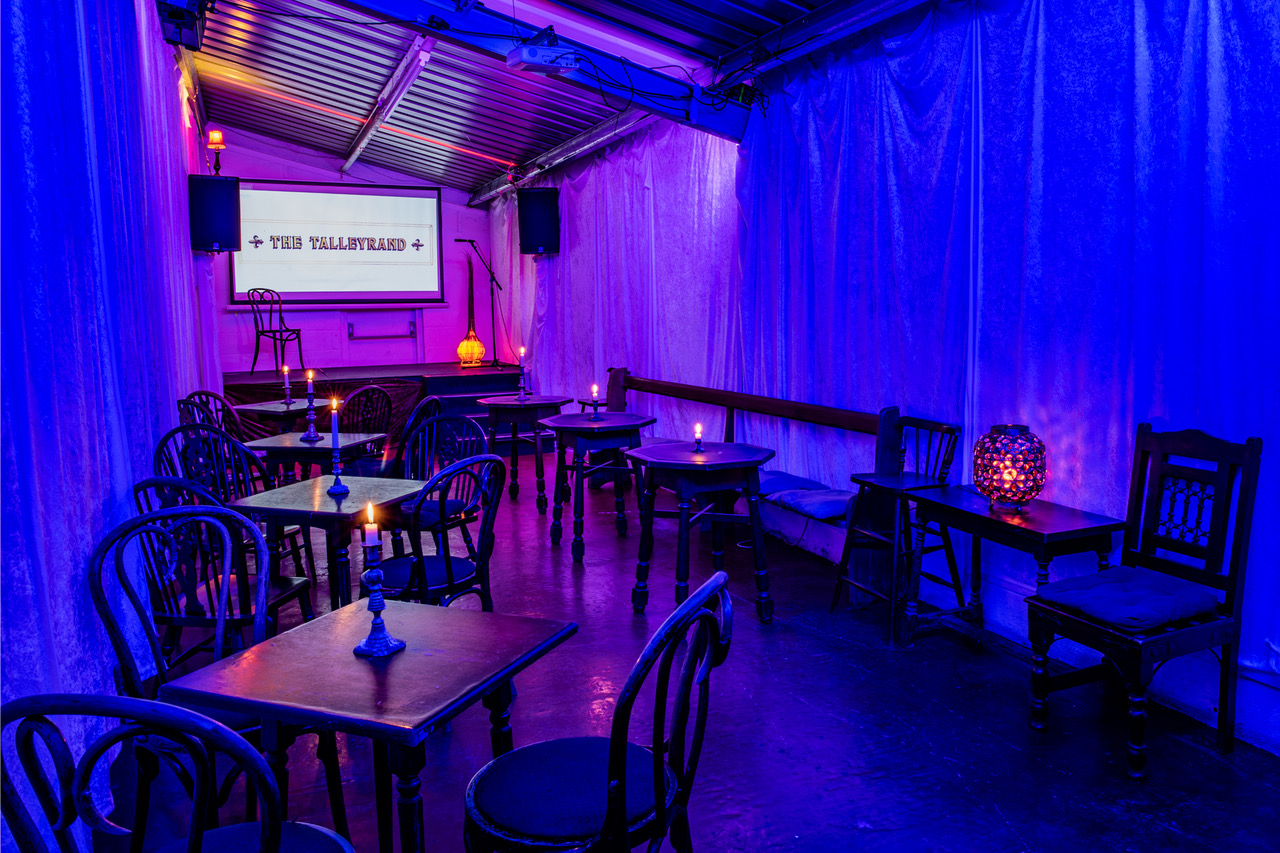 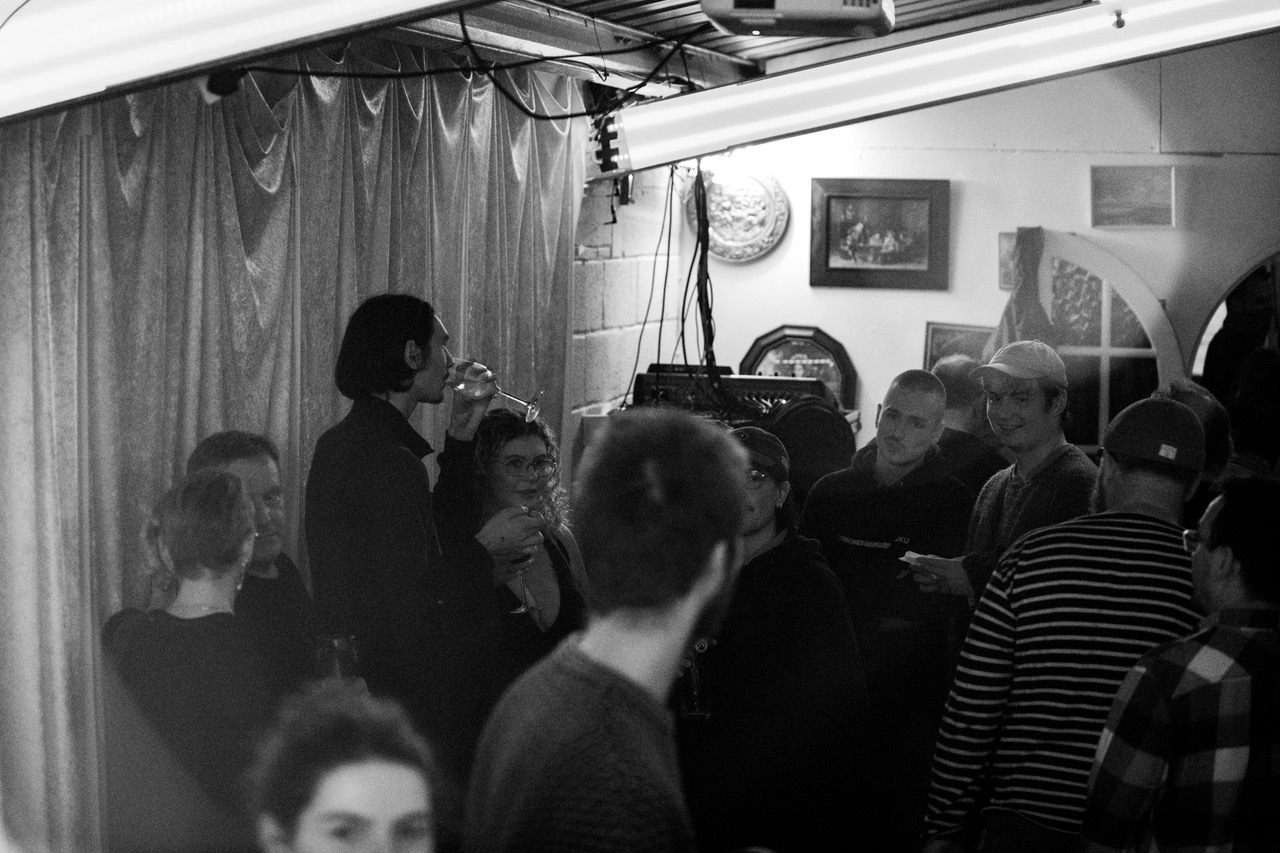 The Talleyrand’s eclectic event programme is also very carefully curated, shying away from your Elvis tribute acts or Oasis cover bands that we tend to expect from smaller venues outside of the city centre.

Since its inception, the pub has hosted a strong line-up of, what Tom calls ‘BBC 6 music acts’, as well as local artists doing something a bit different.

There’s nowhere else in the suburb that you’ll see a bunch of bare chested blokes bashing their heads to chugging bass guitars, then the next evening a piano led jazz band, perfectly poised in black tie tuxedos. 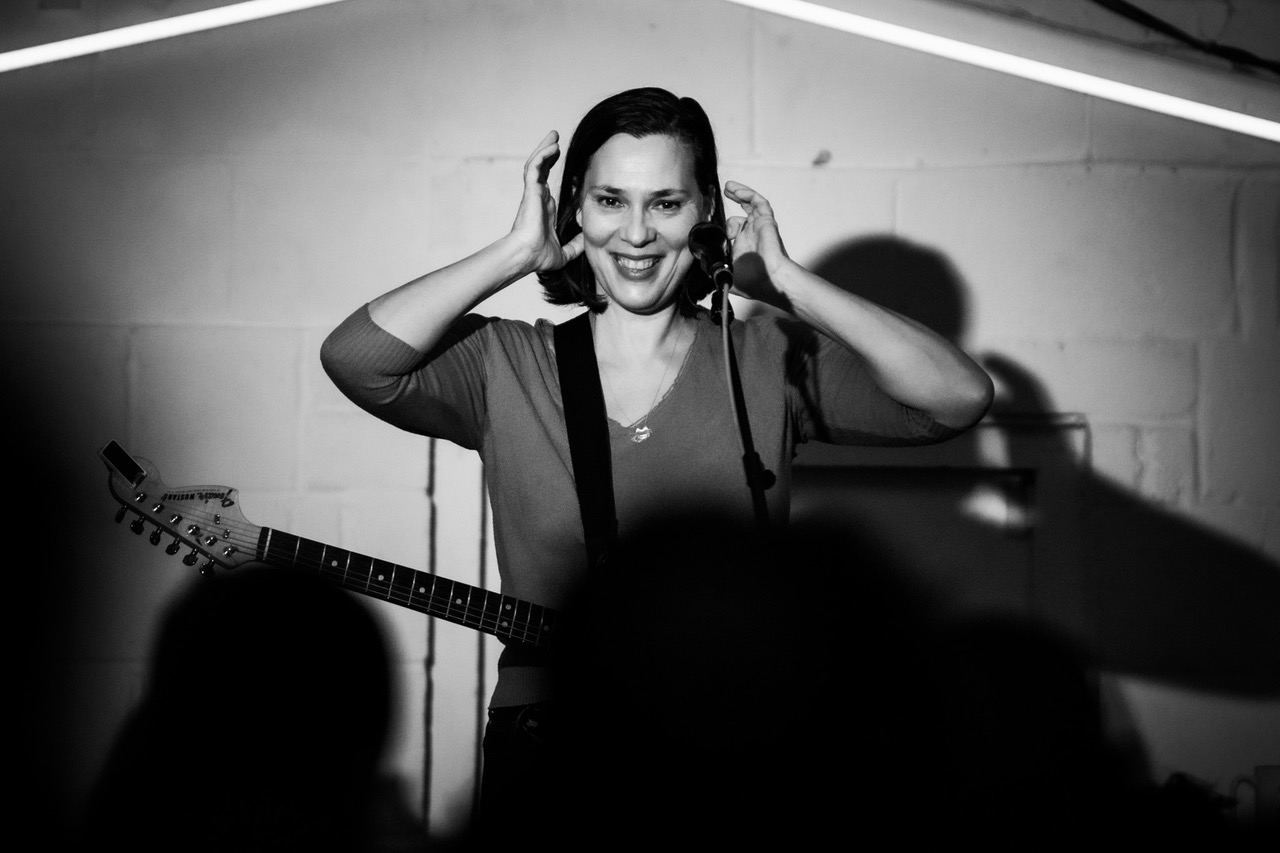 A huge highlight was Lætitia Sadier from Stereolab, who gave an extraordinary stripped back, acoustic performance in the pub, and their monthly Jazz Levenshulme night, that attracts amazing jazz musicians from across the city. 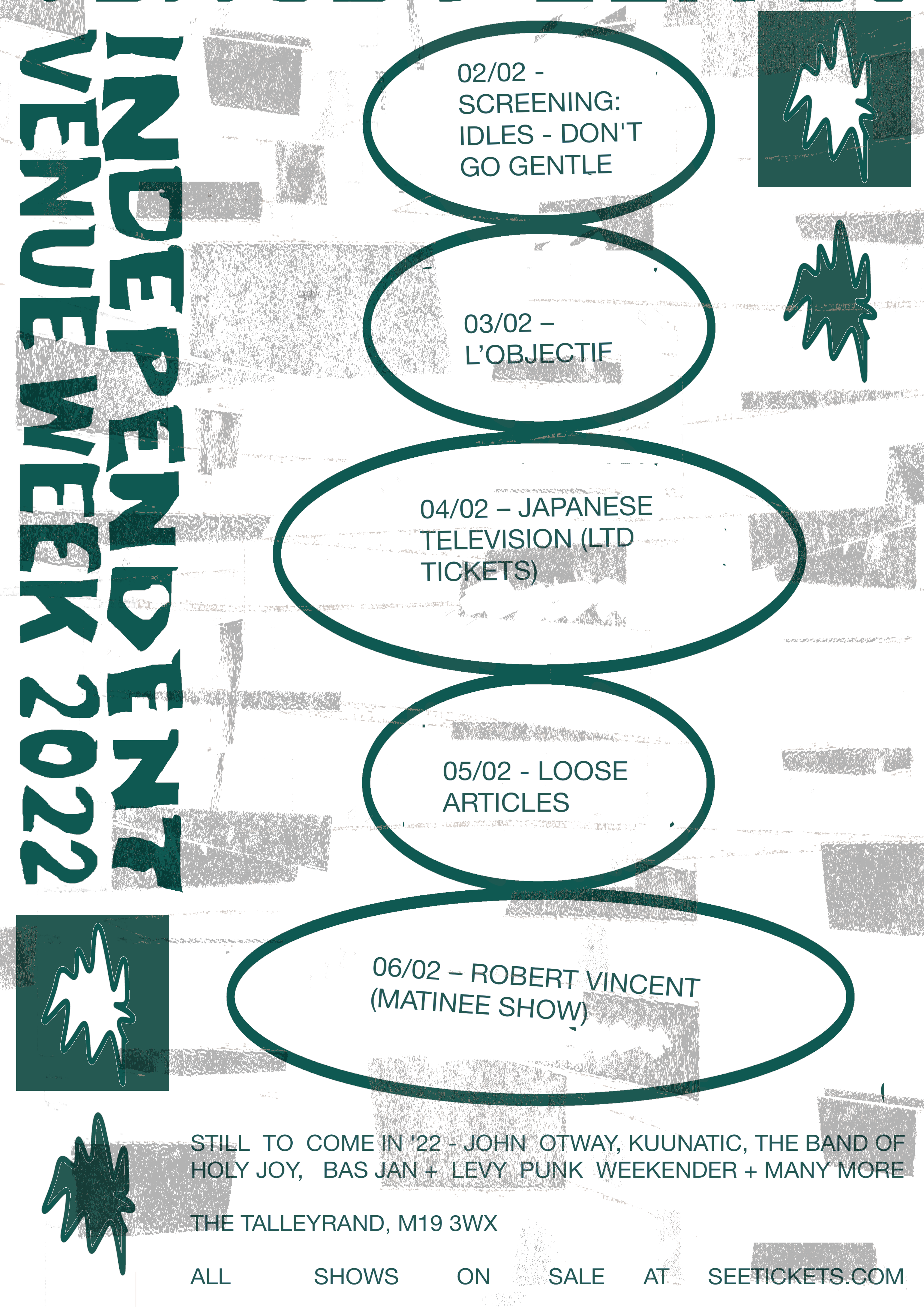 Tom and Dean are also looking forward to celebrating Independent Music Venue Week next week with a calendar full of diverse performances from local melodic post-punk quartet, Loose Articles to a screening of IDLES brand-new documentary, which is a fly on the wall look at life behind London’s most poetic punks.

The Talleyrand’s future plans are focused on a continued effort to provide diverse events to the people of Levenshulme and further afield, with Tom and Dean dropping hints that a new venue could potentially be on the horizon for the duo, too. 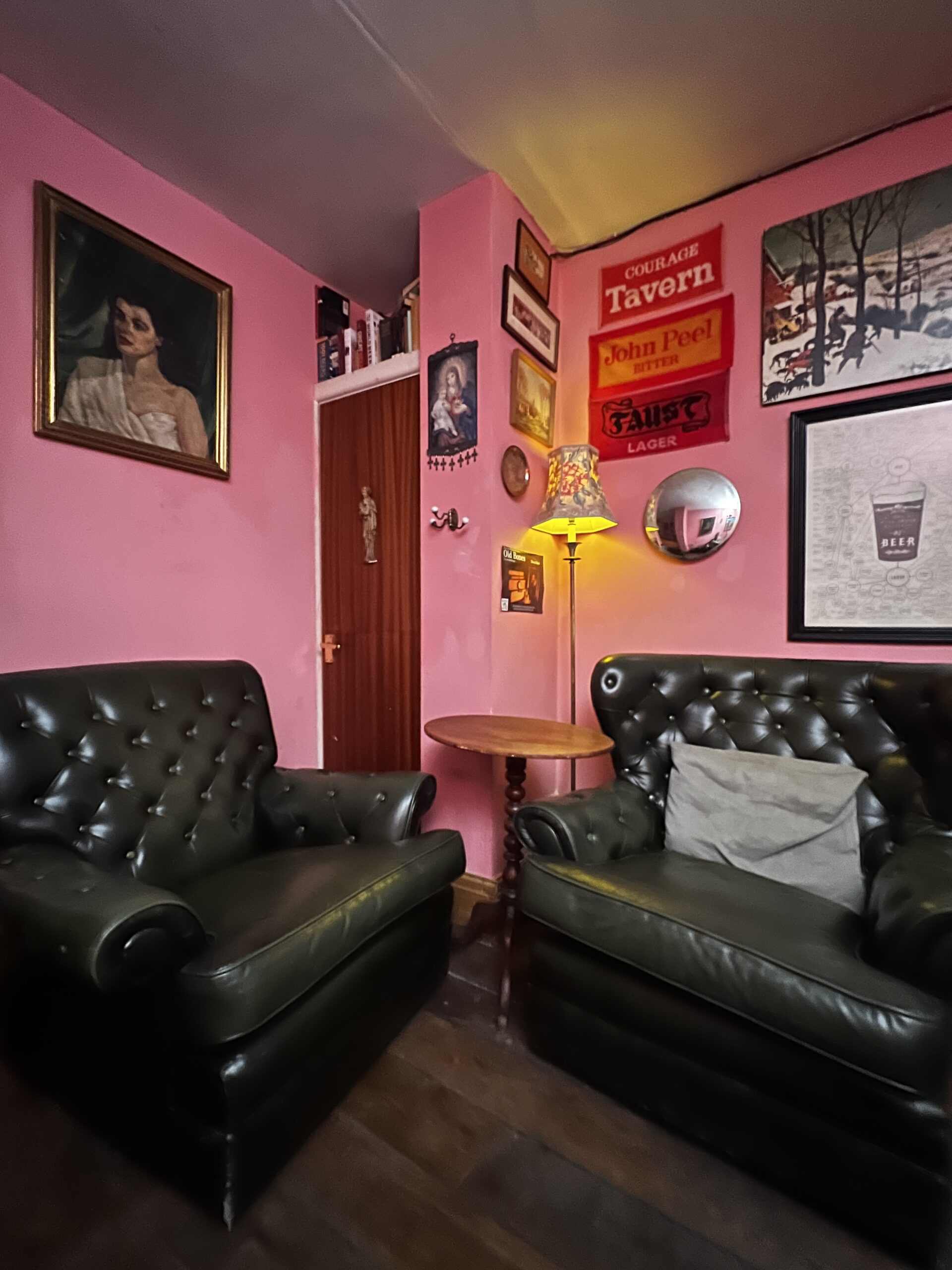 “Obviously, after COVID, we’ve only just been able to get back into booking acts and restructuring our programme, so, at the minute, we’re focusing on that, as well as choosing our beers and making the venue exciting. It feels great to have the freedom to do so again,” said Tom.

“We’d also love to branch out and open a new venue a bit further out of the city, which is very exciting, but, who knows what could happen this year! For now, our focus is on The Talleyrand and making sure we have the correct team and resources in place to deliver the events we have planned over the next few months.”

Here’s a list of ace events at The Talleyrand that you need to get yourself booked into ASAP! 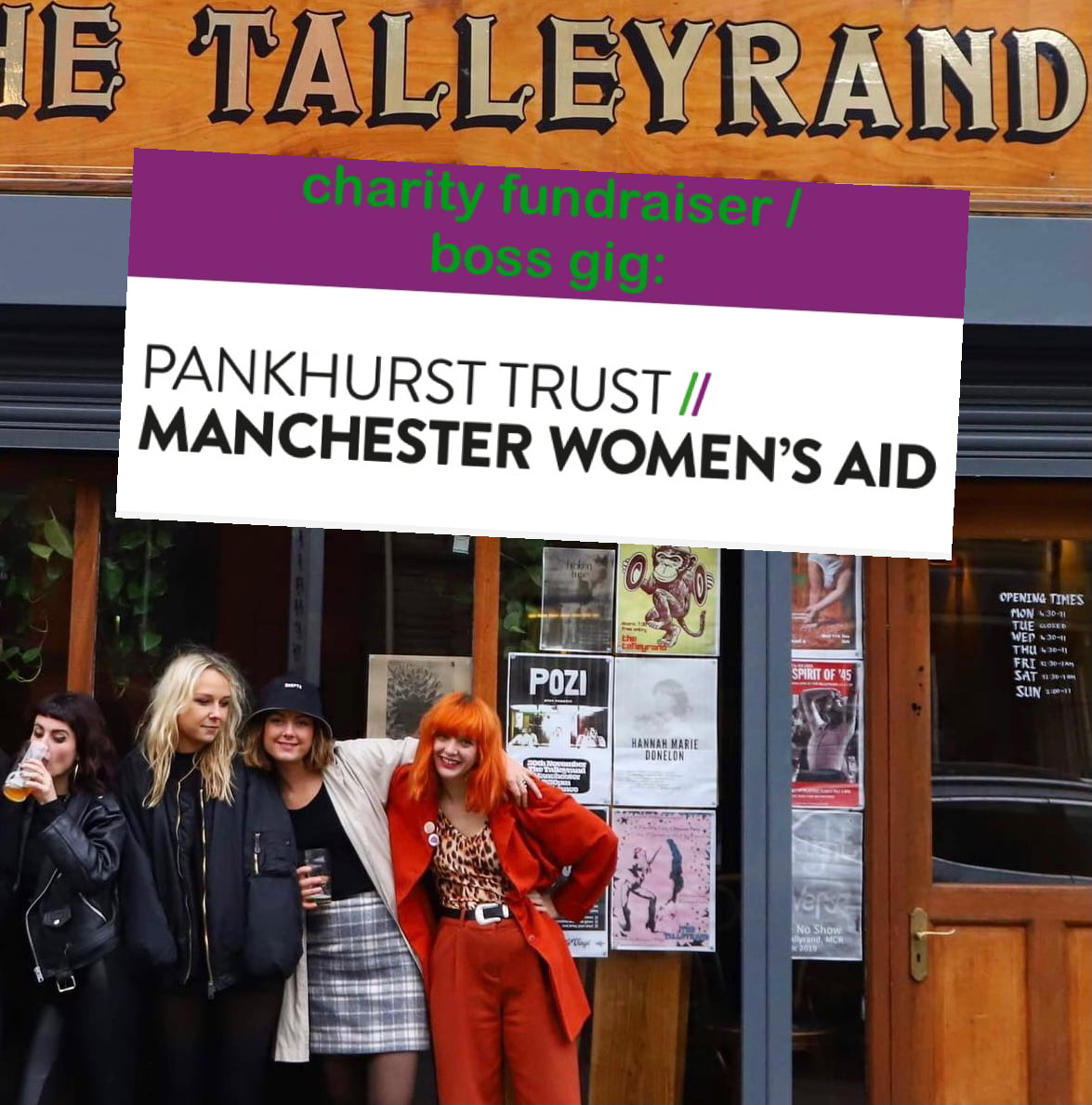 Loose Articles + Duvet + Oorya
Saturday 5th February
To celebrate Independent Venue Week and raise money for Manchester Women’s Aid, The Talleyrand is hosting an evening of female fronted frolicking from Loose Articles, Duvet and Oorya (pronounced WHO ARE YA?!). The evening is set to be a blend of melodic shoegaze, raucous post-punk and queer electro punk-folk! 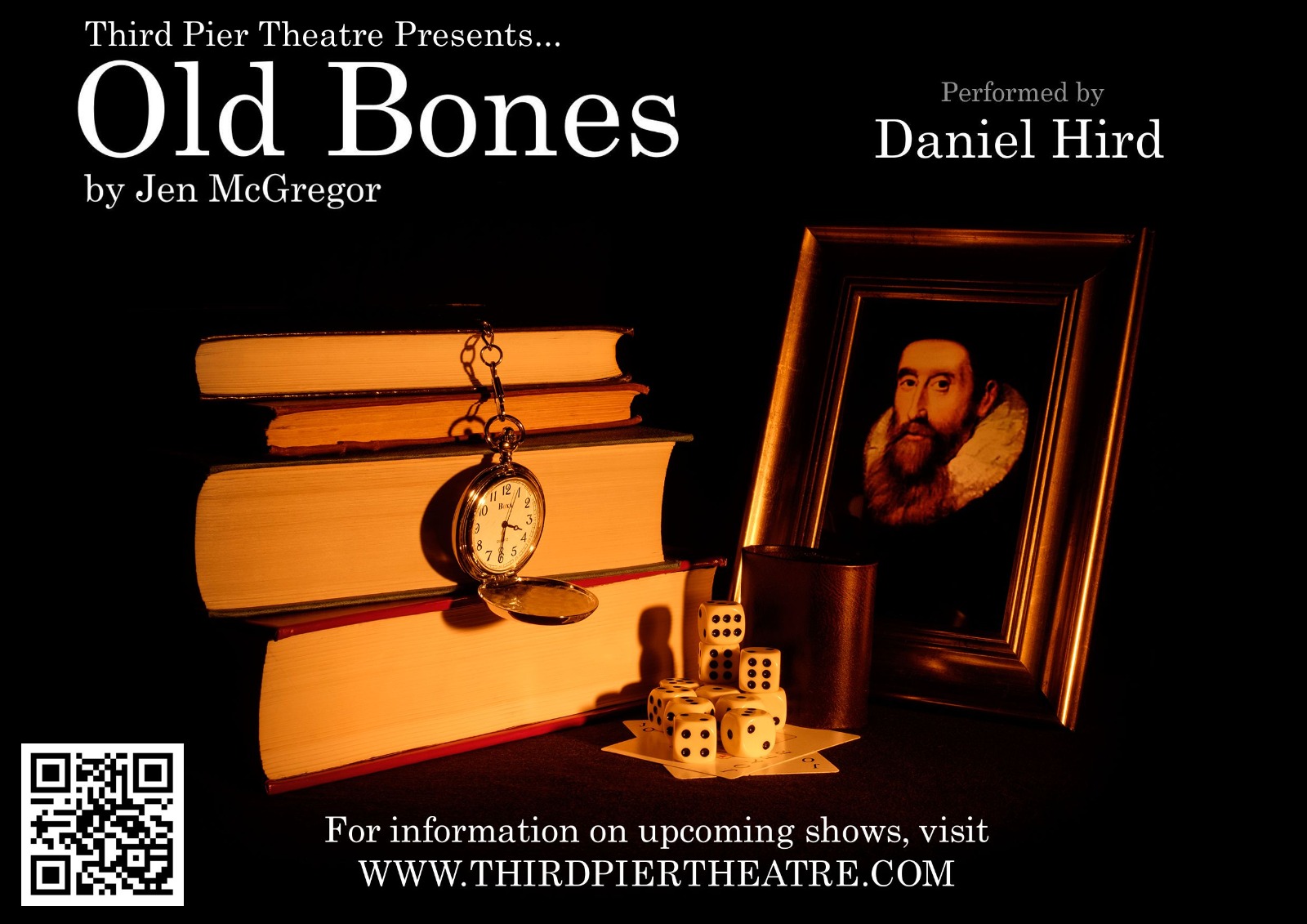 Third Pier Theatre presents OLD BONES
Wednesday 23rd February – Friday 25th February
The debut production of Third Pier Theatre returns after rave reviews from the Prague Fringe and Buxton Fringe. Meet James Napier, a drinker, gambler, and lothario, desperate to break free from the consequences of a bet gone horribly wrong. Over four hundred years ago James Napier made a terrible mistake, and he’s been trying to undo it ever since. Hear the stories of a gambler and adventurer on a quest to find anyone who can beat him in a game of chance. Dare you challenge the immortal man?! 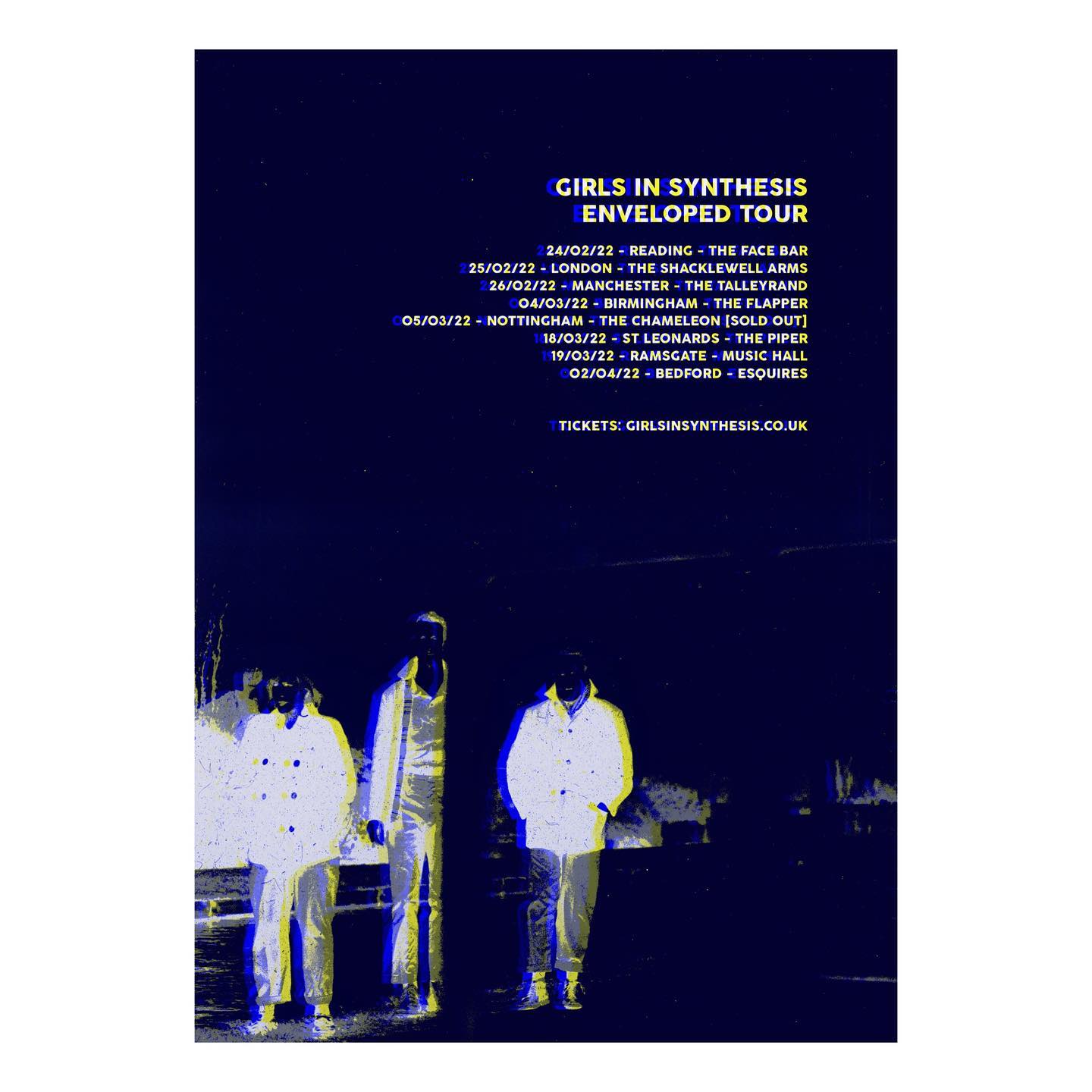 Girls in Synthesis
Saturday 26th February
Formed in 2016, Girls in Synthesis are a post punk collaboration with a DIY ethic. Full of raw, authentic and infectious energy, the band have been singled out as one of the most intense and unique outfits in the UK. Latest single Pulling Teeth builds up over vibrating synths and viciously direct vocals, and this is carried out into the band’s live performance, too. Expect instruments to be pulled off stage, fully breaking down the audience / performer barrier!

John Otway
Thursday 3rd March
John Otway is an English singer-songwriter who has built a sizeable cult following through extensive touring, a surreal sense of humour and a self-deprecating underdog persona. Known for his frenzied live shows, his wilfully amateur approach caught the attention of a big range of celebs at the time, including Paul McCartney, as Otway was once asked to support Wings! This is gonna be a good one, and is definitely set to sell out, so make sure you grab your tickets quick. 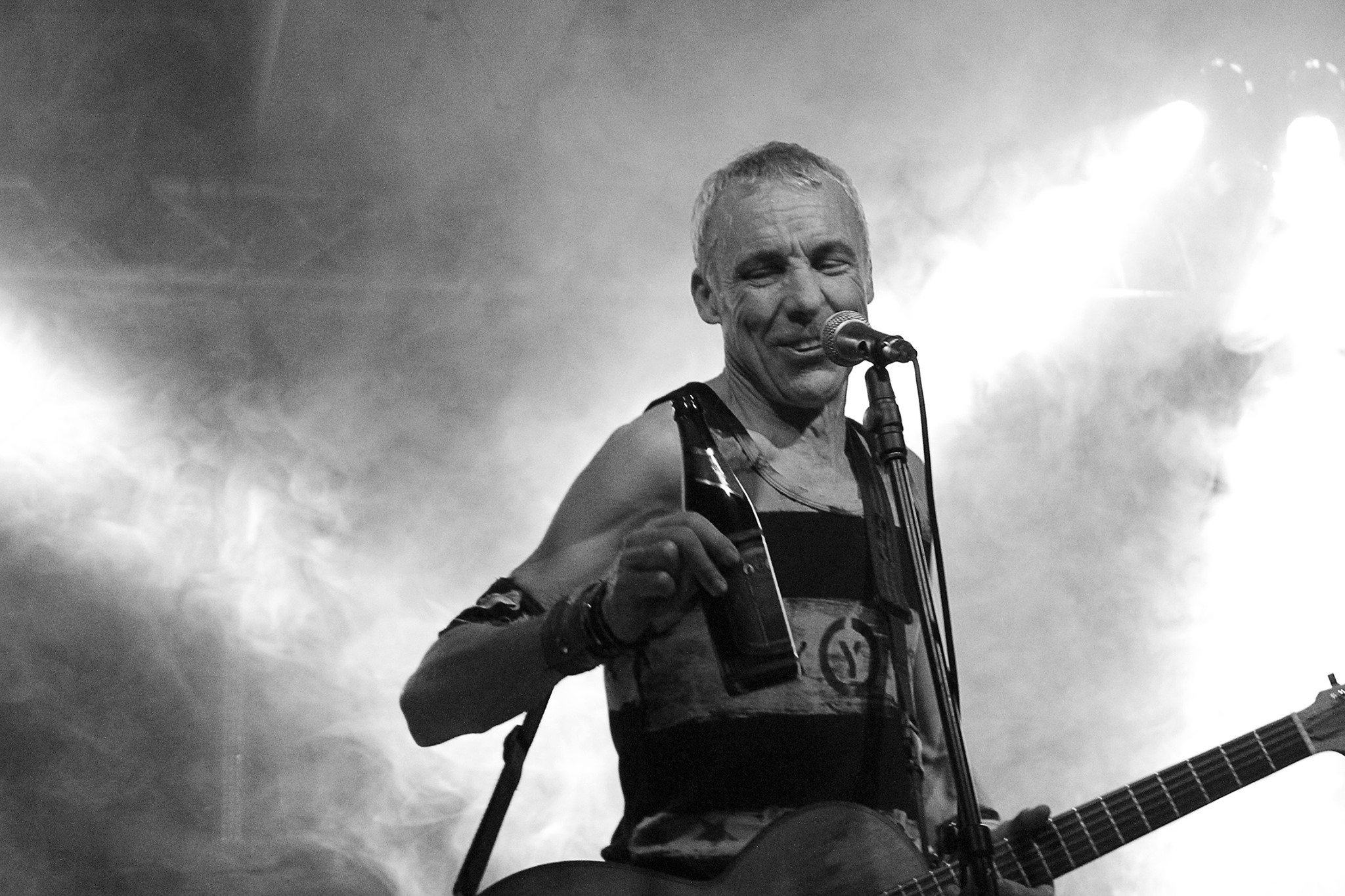 TV Smith + Special Guests
Friday 20th May
TV Smith was founder member, singer and songwriter for the Adverts, who formed in late 1976, and became one of the leading bands in the first wave of British punk rock. In early 1977, they performed regularly at the newly-opened Roxy Club in London, and gained cult success with the Stiff Records single “One Chord Wonders.” Their next release, “Gary Gilmore’s Eyes” became a hit record, leading to many radio and TV appearances and extensive media interest! He’ll be performing an intimate solo show with all the hits at The Talleyrand this May. 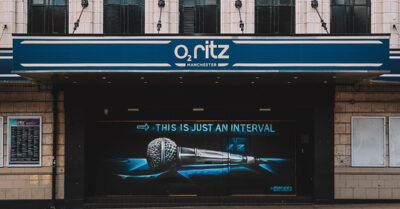 This Is Just An Interval – Victoria & The Ritz unveil new…