Mutters. A refugee, a family and a building.

So where to start? With the family or the building?

I’ll start with the family and a refugee from the wars of the Hapsburg, Austro-Hungarian Empire towards the end of the 19th century. At that time the Mutter family had lost two sons in combat and packed off their youngest son Alfred to America in despair. Passage to America was via Liverpool Docks, but the youngest Mutter, at 15, failed to disembark at Liverpool and was found on a ship in Manchester docks. He was taken into an orphanage and then taken in by a local clockmaker to, “light the fires for when the workers came in,” as possibly the last of the Mutter dynasty Neil, told me. The premises were in Fennel Street at the bottom of Withy Grove (although it was then called Lancaster Avenue).

It’s here that shades of Mrs. Linnaeus-Banks’ famous 1876 novel ‘The Manchester Man’ emerge. Because – with similar enterprise to that novel’s hero Jabez Clegg – the young, ‘orphaned’ Alfred Mutter established his own clock making business in 1884. Neil paused as he counted out the generations on his fingers, finally arriving at, “that was my great, great grandfather.”

In the Manchester Blitz of December 1940, bombing killed almost seven hundred people, injured more than two thousand. And, although not directly hit, the Mutter’s clockmakers and jewellers stock was destroyed by the vortex caused by a near miss. Premises on Back Lever Street were rented and the business continued.

The great-grandson of the original Hapsburg refugee fought at D-Day with the Middlesex Mortar Bomb Regiment – he was 17 – and during subsequent battles was wounded and repatriated twice, before being demobilised in 1947 and, then in his very early twenties, went to work in the family business. That was Neil’s dad. Back Lever Street must have seemed very quiet.

In 1954 Mutter’s moved to where it still is now. 33 Thomas Street, with Neil carrying on the family tradition and joining as an apprentice in 1972. There was ‘an umbrella stick man’ on the floor above… repairing umbrellas.

“There have been a lot of changes just in my time,” Neil continues. “But this building – and the pub next door – were originally workers cottages. There’s evidence that workers at Arkwright Mill, which is where the CIS building is now, were housed in the cellar here. That was about 1790. Sir Oswald Mosley sold the land in 1846 and a merchant’s family moved in. When they left it became a pub and was separated from this building.

In the 1970s I remember that the pub had been closed by Watney’s Brewery and it was being used as a warehouse for a wholesale clothing company. About ten years ago the pub re-opened, we were still here renting our part of the property and so we bought it.”

The building itself has attracted a lot of attention, with a major report produced by The Manchester Industrial Archaeology Society, featured on Tony Robinson’s ‘Time Team’ and part of a David Dimbleby series ‘Buildings That Made Britain.’ Neil showed me the Archaeology Society report, now very faded, with records and photographs of objects retrieved from the cellars. Many are clear relics of a business there making weighing scales, no doubt a key requirement In Manchester’s industrial history.

So there we have it. A story that started over a hundred and forty years ago in the Austro-Hungarian wars, came through two world wars in the last century and was begun by a fifteen year old, fleeing to America and missing his stop in Liverpool. So what of the future, I asked Neil?

“Well my wife keeps mentioning the ‘R’ word. But I can’t convince her, why would I retire from something when I really love doing it? Nobody wants to be an apprentice in this trade. Anyway, most watches and clocks are quartz – dead easy to repair. But the old ones, where you had to cut wheels and staffs, make springs… I’ve been doing it for nearly fifty years and there aren’t enough hours in the day to teach somebody how to do it. You just have to learn through trial and error.

If I do retire I guess I’ll just sell it. Bring five generations of the Mutter family to a close. A hundred and forty years of family history. But that’s just progress. Things change.” 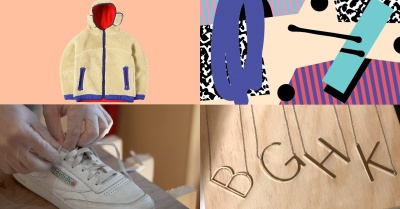 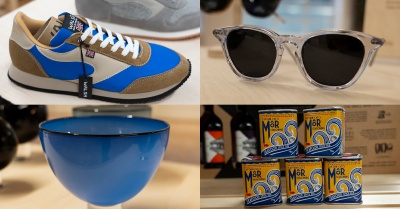