Myths of Manchester: The Quality Street Gang Chased The Krays Out of Town

Now, I don't want a horses head in my bed after this - there's too many in there already... 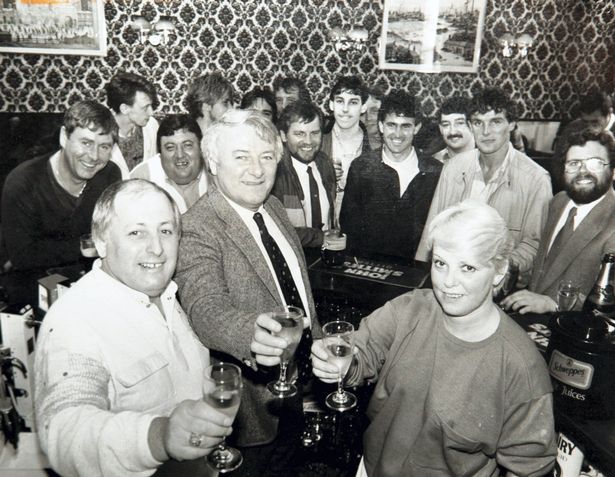 Here you go, I’ve got one for you here now. You know the Quality Street Gang? The notorious group of blokes that apparently plagued the streets and boozers of Manchester for 40 years?

Yeah, well apparently they may have never existed.

I’m going to need your undivided attention on this, and if there’s anything you don’t’ agree with me on – please don’t come round my house and try to batter me.

Let’s start at the beginning, with an advert on the telly for some chocolates. Back in the mid-60s, Quality Street introduced a zany set of characters to our TV sets – the ‘gang’, featuring a diverse line-up of borderline offensive stereotypes the likes of which you’d probably not see today.

With names like “Tropical Sam”, “The Professor” and “Fruit Loop”, the gang were a staple of the Quality Street adverts for a fair few years, and this is (apparently) where the notorious Manchester gang got their name.

In his book ‘Stalker: The Search for the Truth’, Peter Taylor examined how the name came about, and yes indeed – it’s from a bloody advert.

The story goes that several members of the QSG walked into a Manchester pub one evening and, “looking incredibly dapper and smart”, someone shouted “Here’s the Quality Street gang!” and the name just stuck.

So this group of blokes now have a name, a name that would come to strike fear, respect and in some cases, adoration, throughout the city for the next 40 odd years, and still to this day carries a certain amount of gravitas for those who consider themselves ‘connected’. 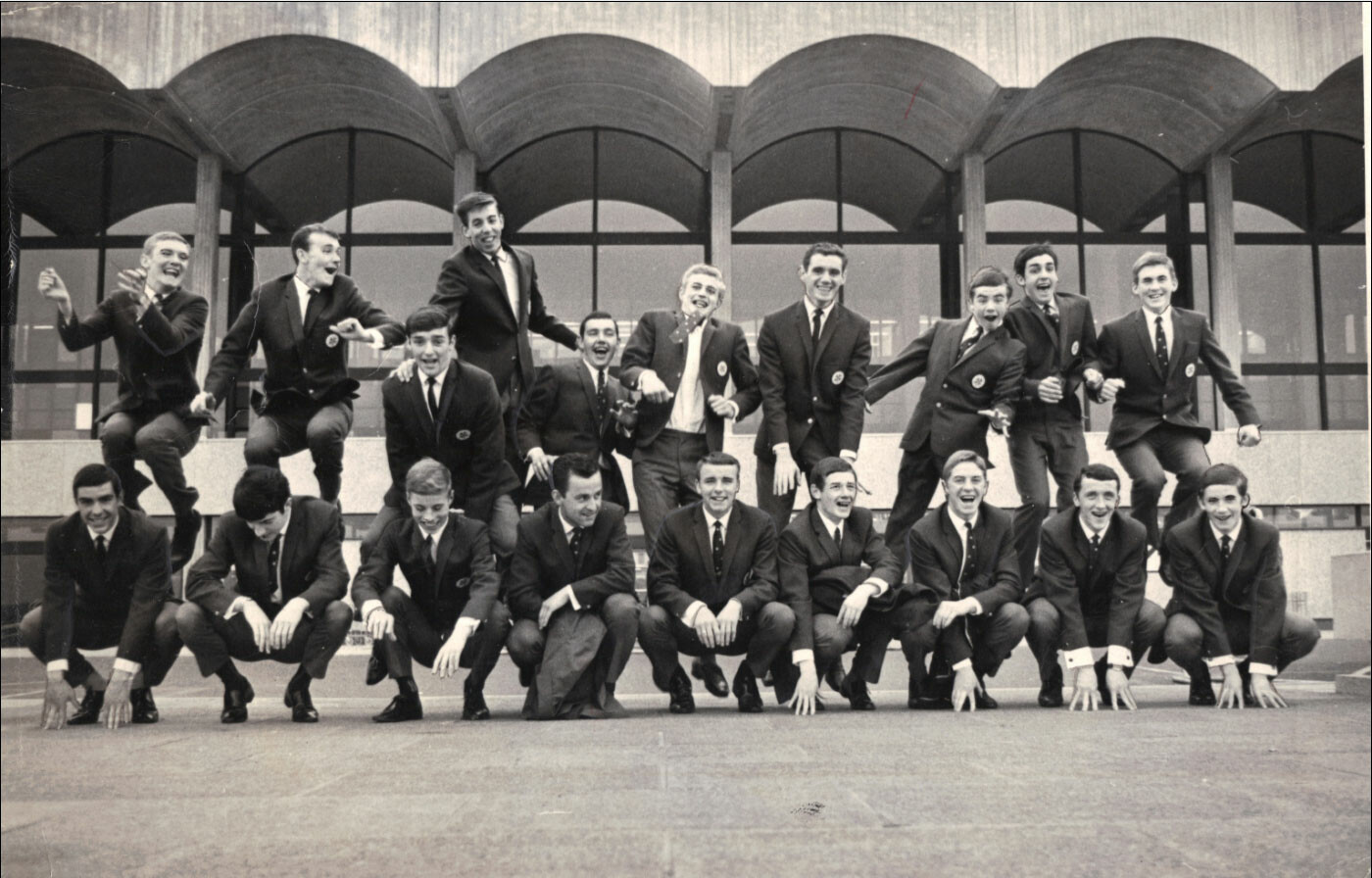 The problem is though that although it’s clear that a group of fellas did indeed exist and claimed to be part of a pretty rowdy gang, the whole notion of the QSG was brought into doubt almost immediately.

Peter Walsh, in his book ‘Gang Wars’ examines how, back in the 60s, 70s and 80s, certain high-ranking police officers in the Greater Manchester Police argued that “The Quality Street Gang is the name given to a group of criminals who are… the organisers of incidents of major crime in the city”.

Whereas, other informed sources, including experienced detectives, “contend that the QSG never existed”, that what happened is that a “social friendship between a group of men, most with criminal records, was exaggerated into an on-going conspiracy” and that the whole idea of the Quality Street Gang was a fabrication. 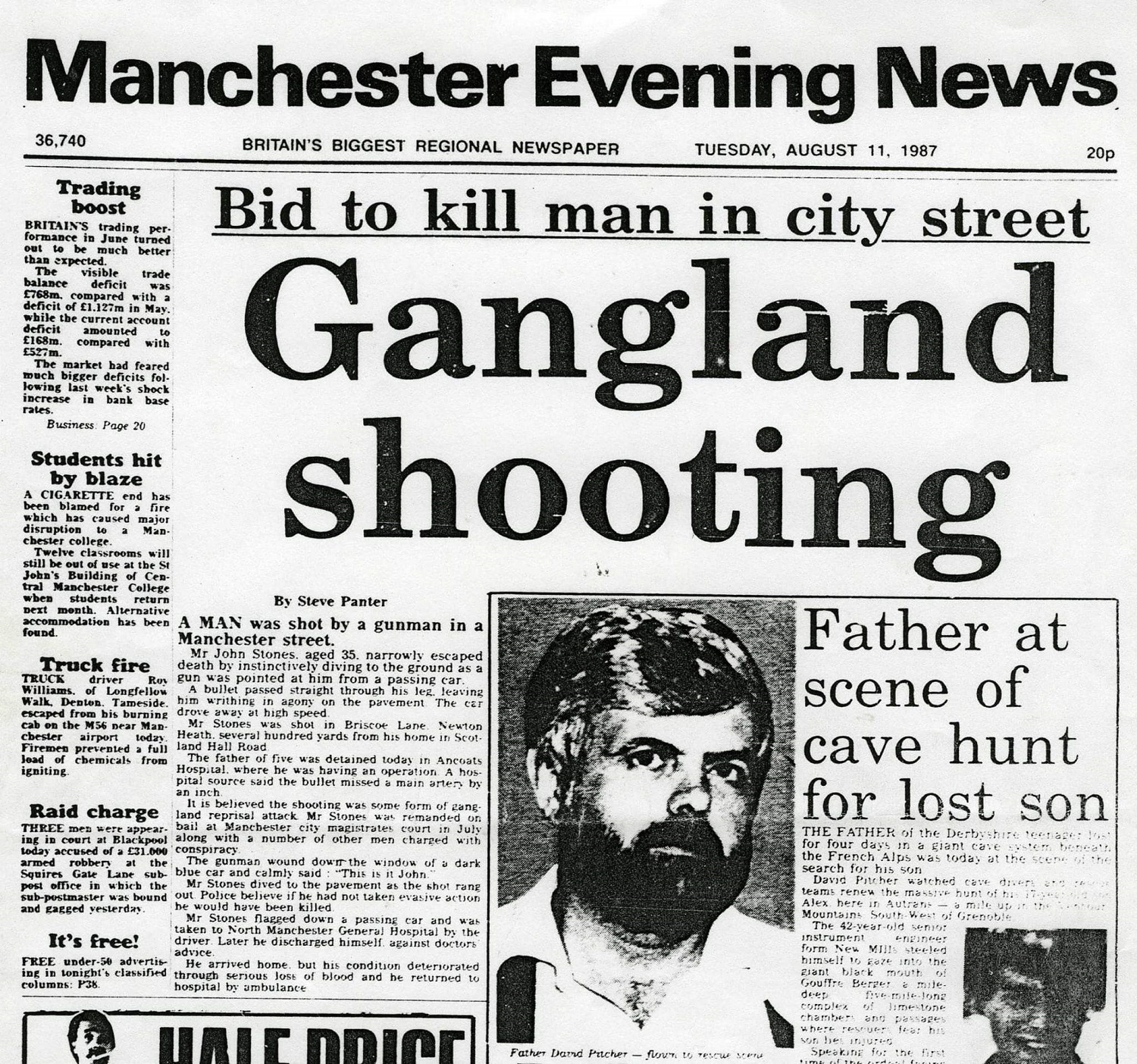 So, who is to believe? Did the Quality Street Gang actually exist as an organised entity or was it just a bunch of blokes in pubs dropping the name so that they wouldn’t get any trouble from fellow hard nuts?

The simple fact of the matter is that in the entire 30 or so years in which the Quality Street Gang were watched over by the police, not one of its alleged core members were convicted of serious crimes – so either they were clean or just really, really good at avoiding getting their collars felt. 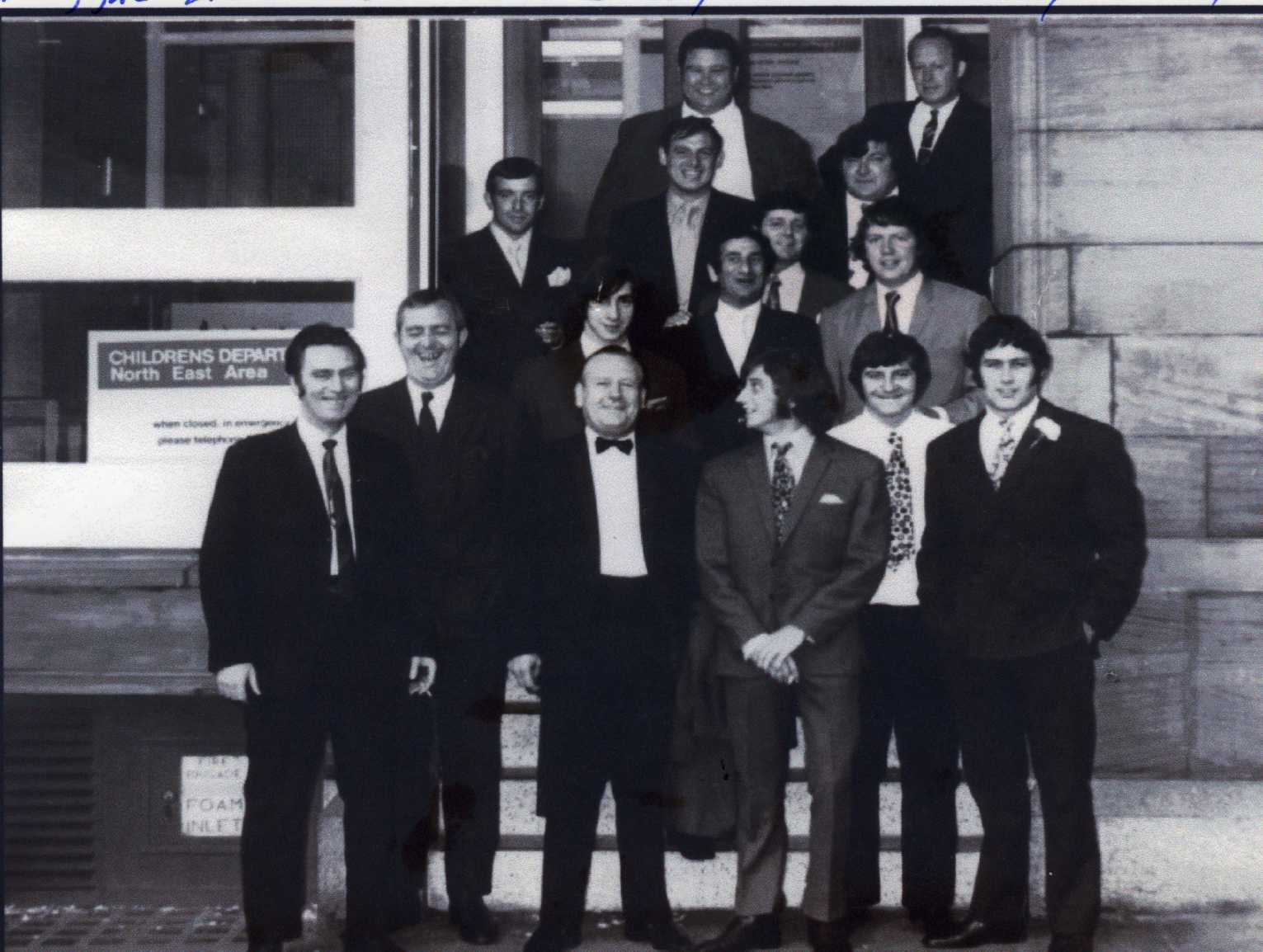 This core group of men first became notorious in Manchester in the early sixties, all hailing from poor backgrounds in areas such as Collyhurst and Ancoats, they began by selling stuff down the markets before moving into construction and property as the money started flowing in.

These fellas were ‘faces’ in the city’s many nightclubs and bars, and were known as good fighters, hard men who you didn’t rub up the wrong way or accidentally spill your pint of mild over on the way back from the toilets.

It’s even speculated that Thin Lizzy’s anthem ‘The Boys Are Back In Town‘ was about the Quality Street Gang, as lead singer Phil Lynott’s mum owned a hotel in Whalley Range which was a bit of a rock and roll hub and was regularly frequented by local celebrities and QSG members. 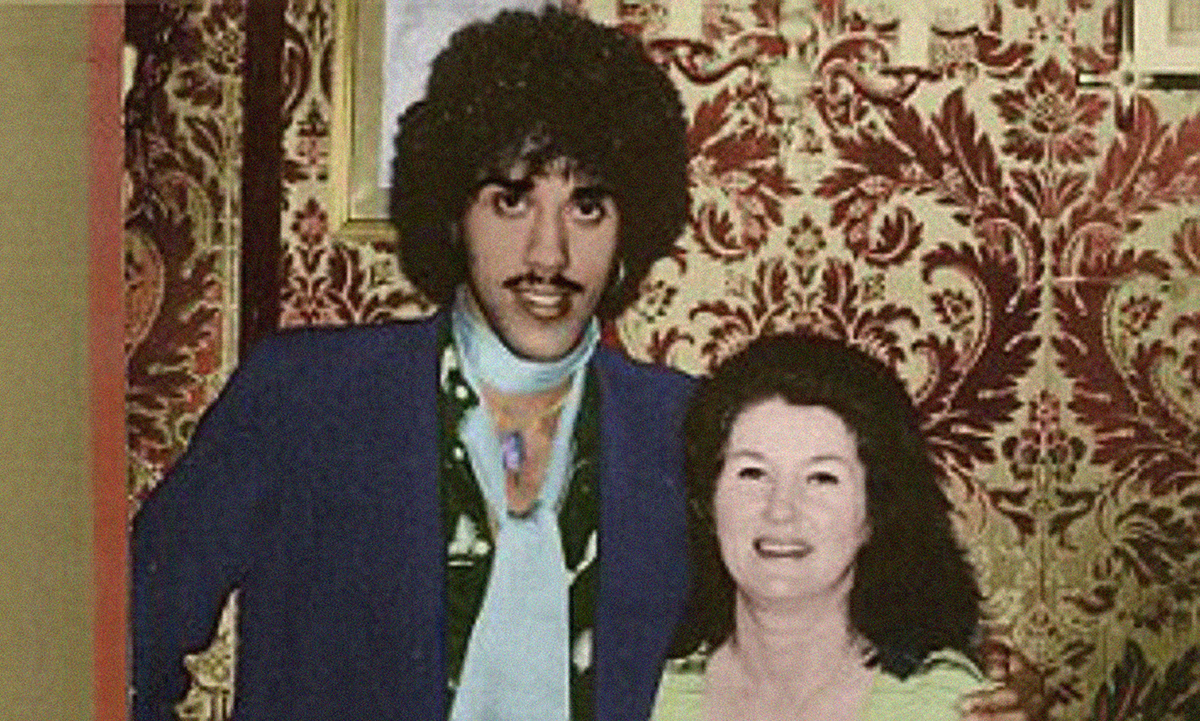 Phil Lynott and his mam

The 70s and 80s saw the gang become known as “the most powerful criminal group in the city’s history”, but others weren’t so sure.

Superintendent Bill Kerr, head of Manchester’s drugs squad in the early 90s argued that there was “no hierarchical structure” and indeed that no street gang in Manchester “presently exist and have existed for the last ten years”.

But it was clear that the police in Manchester were obsessed with the notion of the QSG, whether they existed as an organised entity or not. 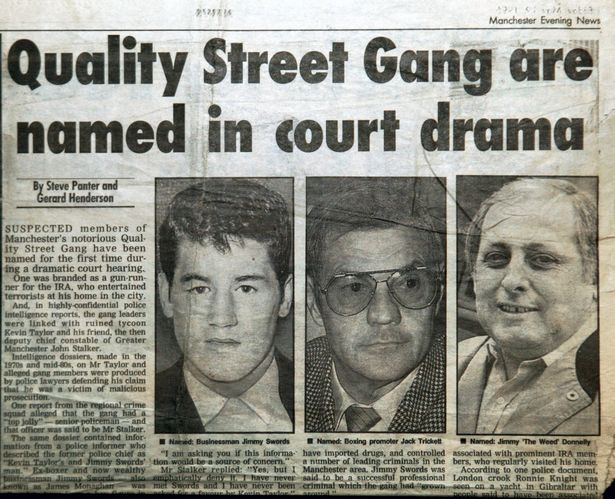 Years of surveillance, snitches, informants and trials, all while the members of the so-called gang could go out and about in Manchester, claiming to be a part of the QSG and essentially becoming untouchable.

One of the most enduring stories about the Quality Street Gang, which certainly helps cement their myth is that notorious gangland brothers The Krays were “chased out” of Manchester by the lads when they arrived up here on a train to Piccadilly.

Like most of the stories of them days, this one has almost certainly been embellished and added upon over the years to increase the QSG’s notoriety and standing within the city. 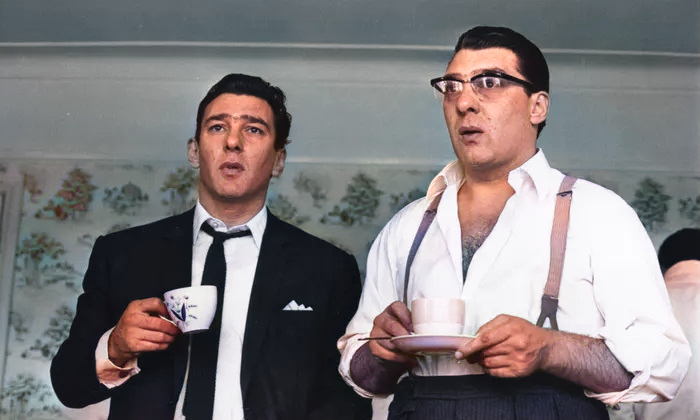 One of the most obvious examples of this is the simple fact that most cities (and gangs) in the UK have a similar story to tell about The Kray twins, such as Birmingham’s ‘King of Clubs’ Eddie Fewtrell who once told them to “piss off”.

In his autobiography ‘The Boys Are Back In Town‘, notorious QSG member Jimmy ‘The Weed’ Donnelly explained how the popular version of events is “cobblers” and in fact The Krays were friendly, and it was the police who confronted the twins and told them to “behave themselves” before they left Manchester peacefully the next day.

So the myth of the Kray Twins is rubbish, but what about the myth of the Quality Street Gang themselves? Were they organised with their criminal activities? Did they have a leader? Were they the city’s most powerful group of men ever? 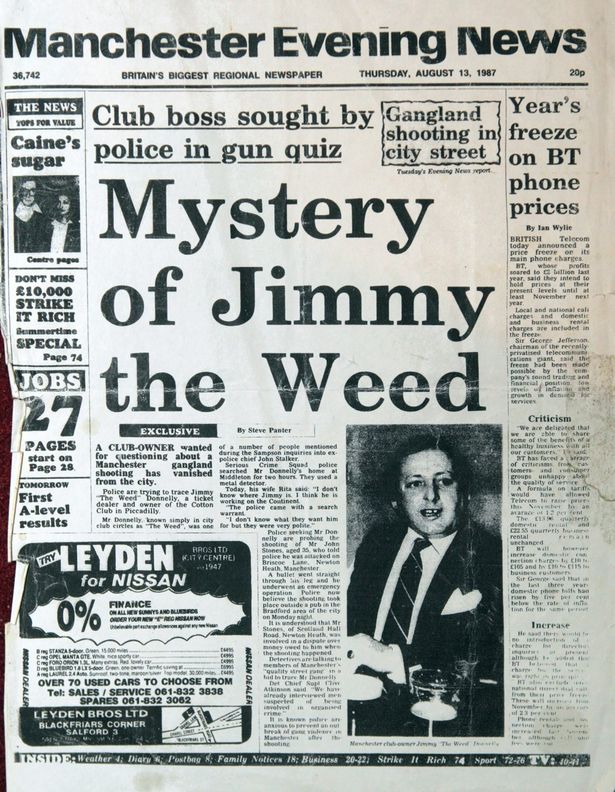 The simple fact of the matter is that it’s all conjecture and, with everyone’s waning years, it’s unlikely that we’ll ever truly know the truth of it all.

Did the QSG exist? I’m going to say yes – because, as Tony Wilson famously said “When you have to choose between the truth and the legend, choose the legend.”

Lunch in Luxury with The Bull & Bear’s Weekday Set Menu