It's been in Piccadilly Gardens for years and this place is a haven for all things fizzy.

This week has seen me get a significant promotion here at Manchester’s Finest. As well as the resident ‘Booze Correspondent’, ‘Crisp Reporter’ and ‘Investigative Journalist for Cheese’ I’m now the company’s first ‘Chief Soda Columnist‘.

Welcome to my first feature in this new role.

And what a feature. Anyone who has ever been into Tutzy’s on Piccadilly Gardens will know that they now stock the city’s greatest selection of soda and fizzy drinks, with strange and obscure offerings from all over the globe (at great prices too).

A quick scan of their drinks fridge will uncover all of your usual favourites in there, but delve deeper and you’ll find some drinks that are rarer than an all-chocolate finger of Kit Kat.

Sure they’re atrocious for your teeth, but as a little treat on your lunch nothing beats an ice cold soda. I found some proper good tins from America in here including some Welch’s Grape Soda, PROPER Vanilla Coke and quite possibly the greatest vodka mixer in the world – A&W Cream Soda.

They also stock the best range of Fanta options in the city with the likes of ‘Berry‘, ‘Mango‘, ‘Grape‘ and ‘Pineapple‘ all sitting proudly on the shelves.

Don’t get me started on the cans of AriZona Iced Teas straight out of a 7-Eleven or the 10 different types of Lucozade – all of which can sort a hangover out quicker than a Full English Breakfast from Wetherspoons.

Fanta Shokata
I didn’t know what a Shokata was and I’m still a little bit unsure even after some extensive Googling and the fact that I’ve actually tasted the bloody thing. It’s basically a Romanian elder shrub – much like the elderflower but not quite as strong. After a quick taste test it was deemed to taste a lot like how we expected fabric softener to taste, or like keeping your mouth open for too long while walking around The Body Shop. Would certainly be great with gin.

Coca-Cola Orange Vanilla
A variation on a variation, I’ve never seen or even ever heard about Coca-Cola’s foray into vanilla and citrus and to be fair it’s not too surprising. Upon opening you’re faced with that characteristic Coke colour and smell, with the faintest hint of vanilla imaginable. As I took a drink I was still none-the-wiser as to where the orange flavour was – it certainly smelt more of it than it tasted. The consensus was that it tastes like those Love Hearts sweets – and I rather enjoyed it.

Fanta Peach
One of the many variations on Fanta available, I’m not sure what possessed me to pick up the Peach version to be honest. Out of the can the liquid looks like something you’d find in a stream in Chernobyl – it positively looks toxic – and the smell of peach is rather overwhelming. Taking a sip of it and the best way to describe it is ‘a tropical Irn-Bru‘ – almost as if some bloke from Glasgow has put on a Hawaiian shirt and moved to Barbados. It’s very sugary so if you have fillings – stay away.

YooHoo Chocolate Drink
A bit of a wild card this one – it’s not even fizzy. It’s basically marketed as a chocolate drink in a can and I vaguely remember drinking it during a visit to Coney Island back in 2013. It’s certainly an acquired taste and something that fans of Nesquik will be keen to snap up. Personally I thought this was a winner – it’s rather refreshing and would be brilliant mixed with a bit of vodka and some Baileys. Lovely.

All in all, that was a pretty good haul from a rather unlikely source in Piccadilly Gardens. If you can manage to dodge the Spice Heads for long enough get yourself down and check out by far the city’s best selection of fizzy pop and soft drinks. 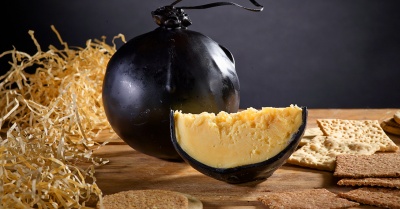