With a huge extension also comes a heightened dedication to high-end food and drink... 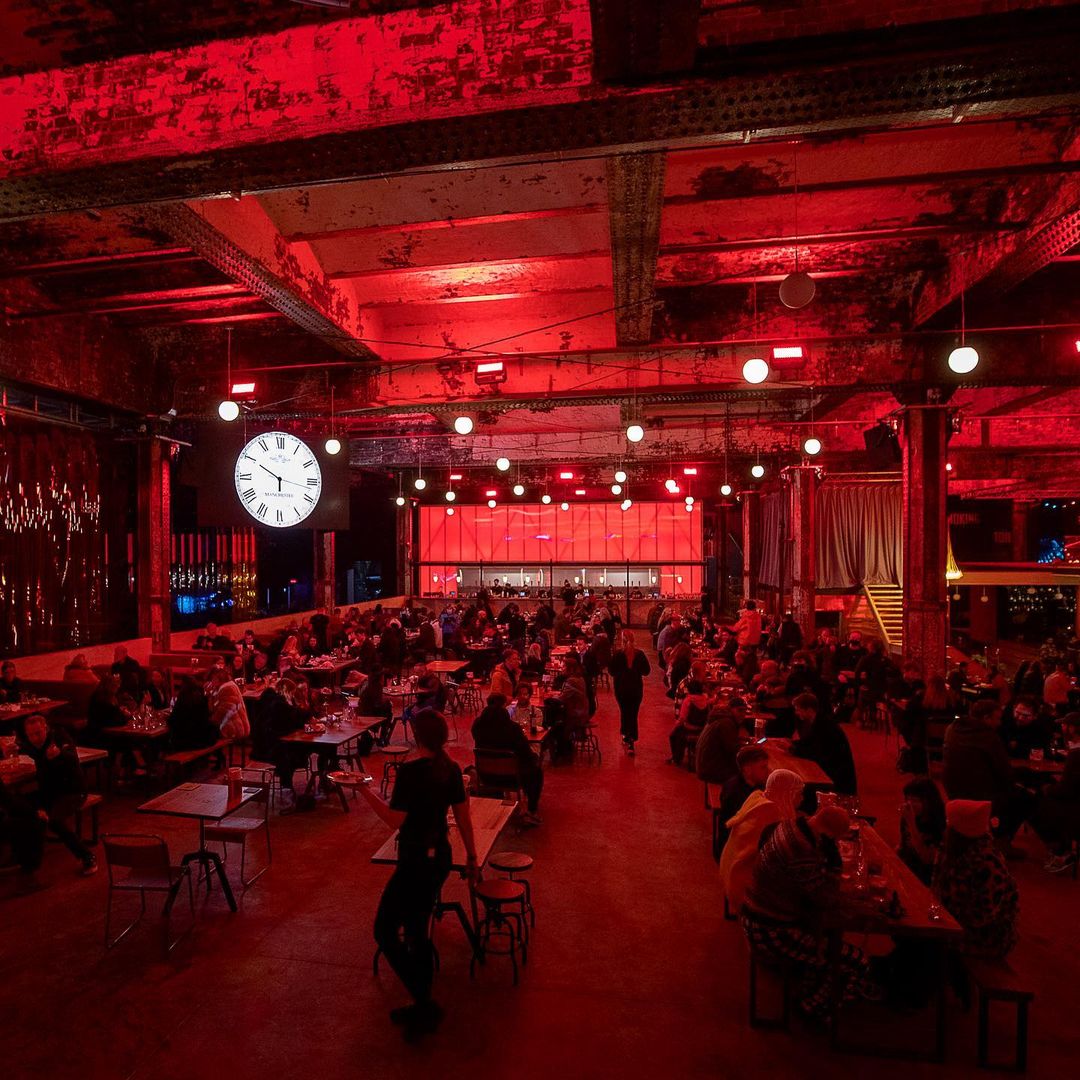 With what many consider to be one of the greatest events spaces in the world right now, Escape to Freight Island opened up their Ticket Hall extension just 3 days before we went into another national lockdown back in November, effectively smashing the wind out of the whole thing.

With a subsequent re-opening scheduled for just before Christmas, it was with bitter disappointment that the region remained in Tier 3 over the festive period, and since then, well – we’re all still stuck indoors and experiencing the strictest restrictions ever. 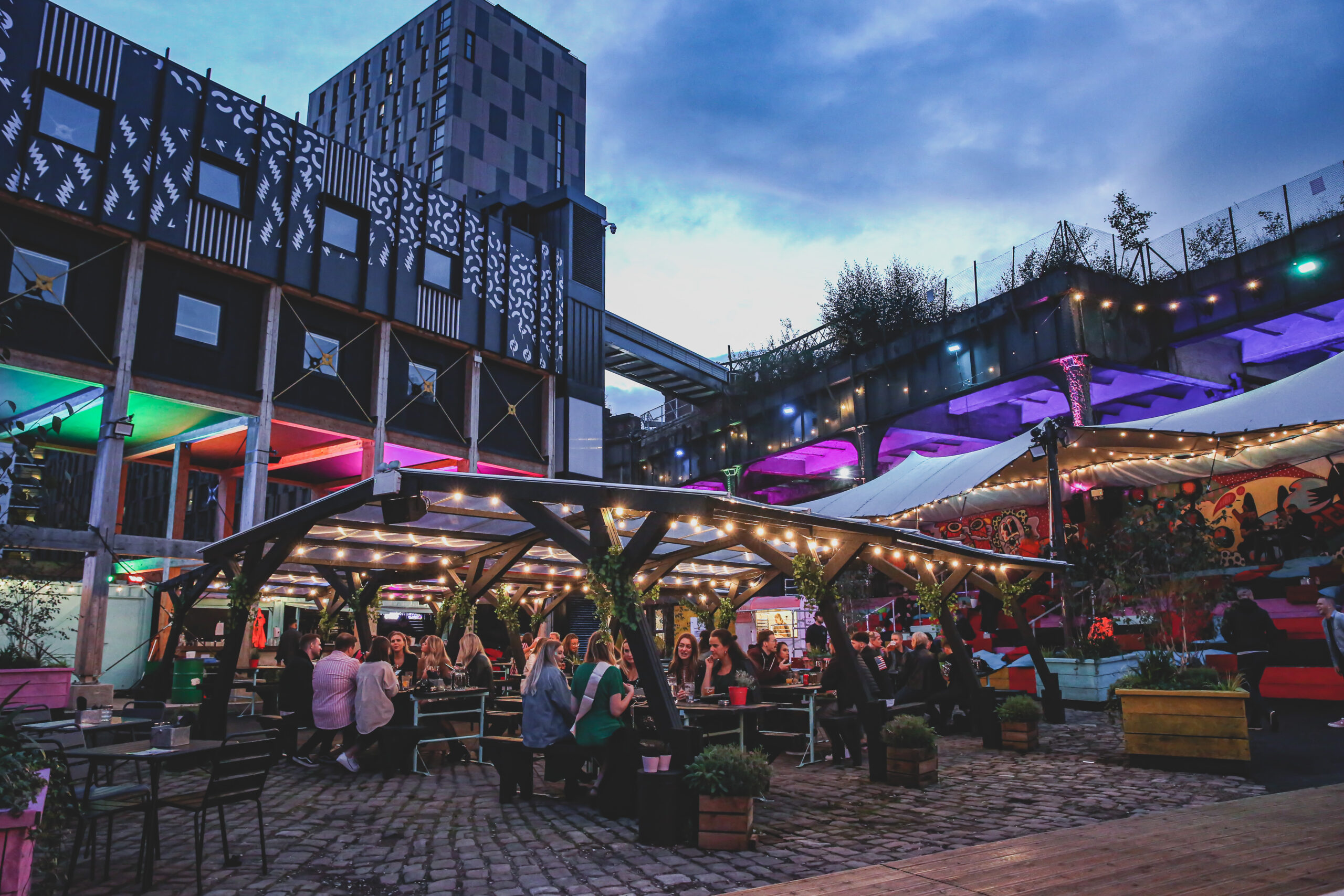 The Ticket Hall, and indeed the whole of Escape to Freight Island sits unused throughout this time, but this week we received news of an upcoming Food & Drink Festival in May, and so now is the perfect time to explore just what they’re trying to accomplish down there.

Is it set to be 2021’s new must-visit food and drink destination? 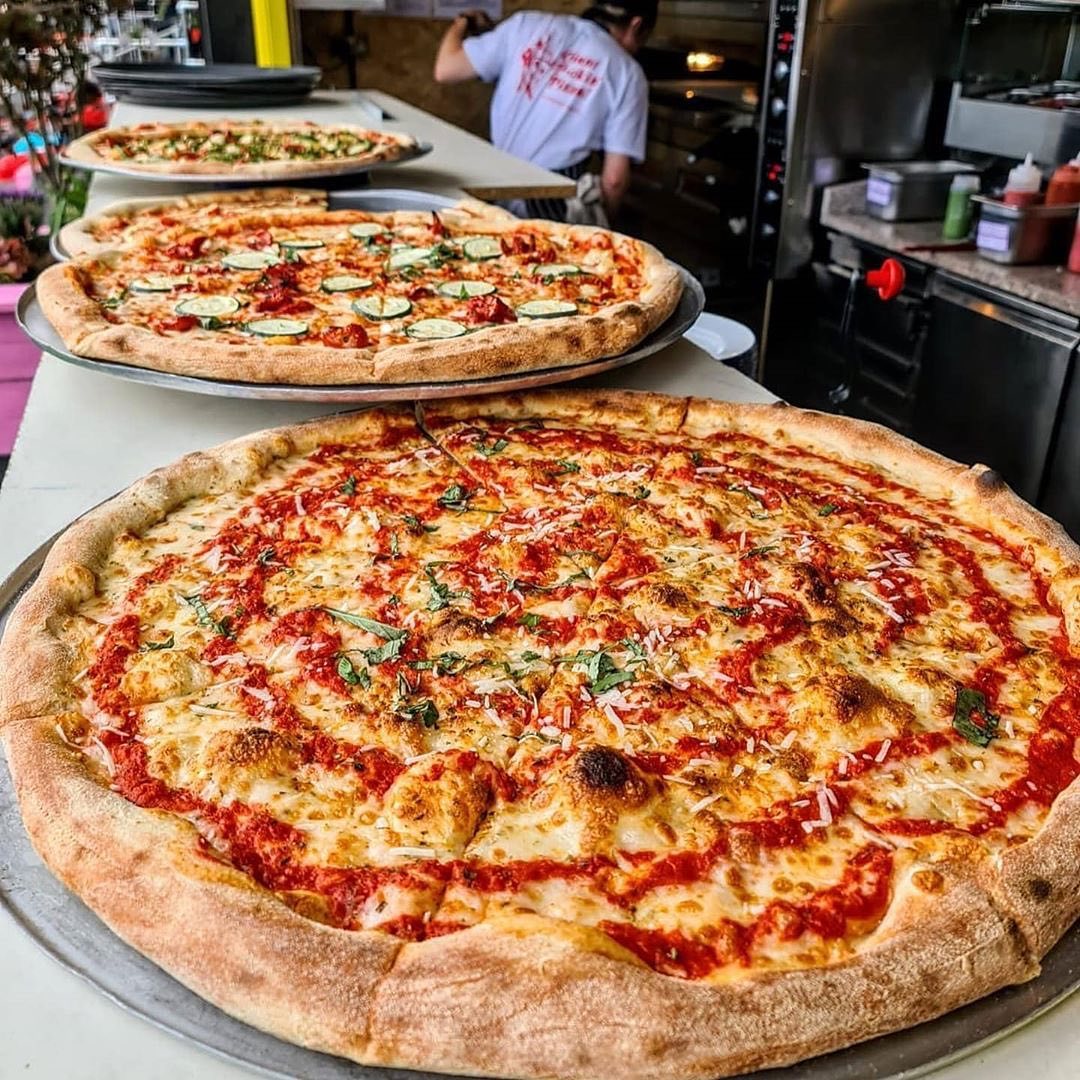 Looking back at to around the mid-October mark, in what was undoubtedly a set of major triumphs for the Mayfield venue, The Ticket Hall managed to attract some of the city’s biggest and brightest in food and drink, all offering up their very best – all under one roof.

First of all, it should be noted that since opening, Escape to Freight Island has been home to a small but nonetheless terrific food and drinks offering from day one. There are huge New York style pizzas from Voodoo Rays, impressive burgers from Patty Queen, indulgent doughnuts from KRUM and seriously authentic Tacos from Madre. 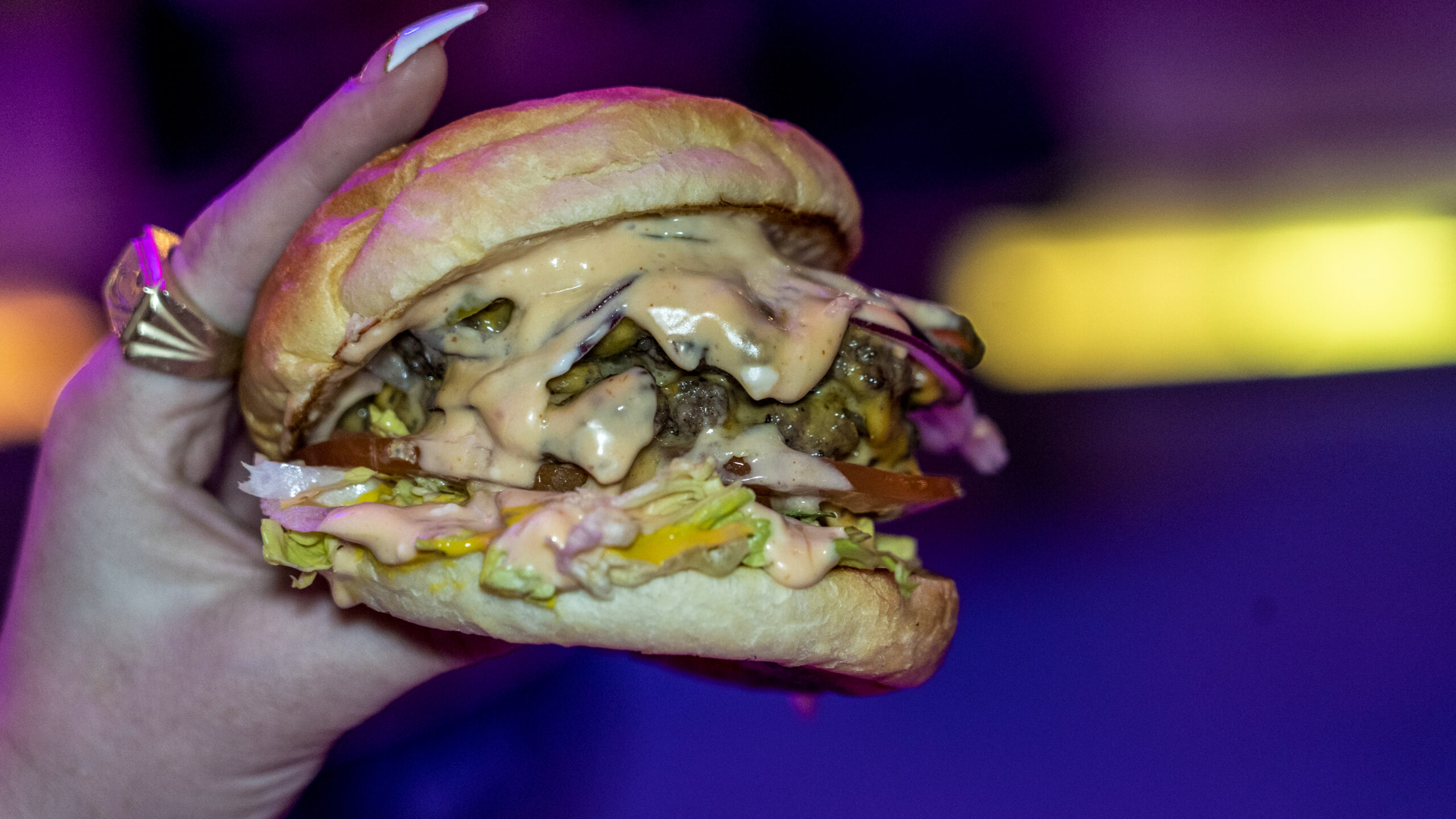 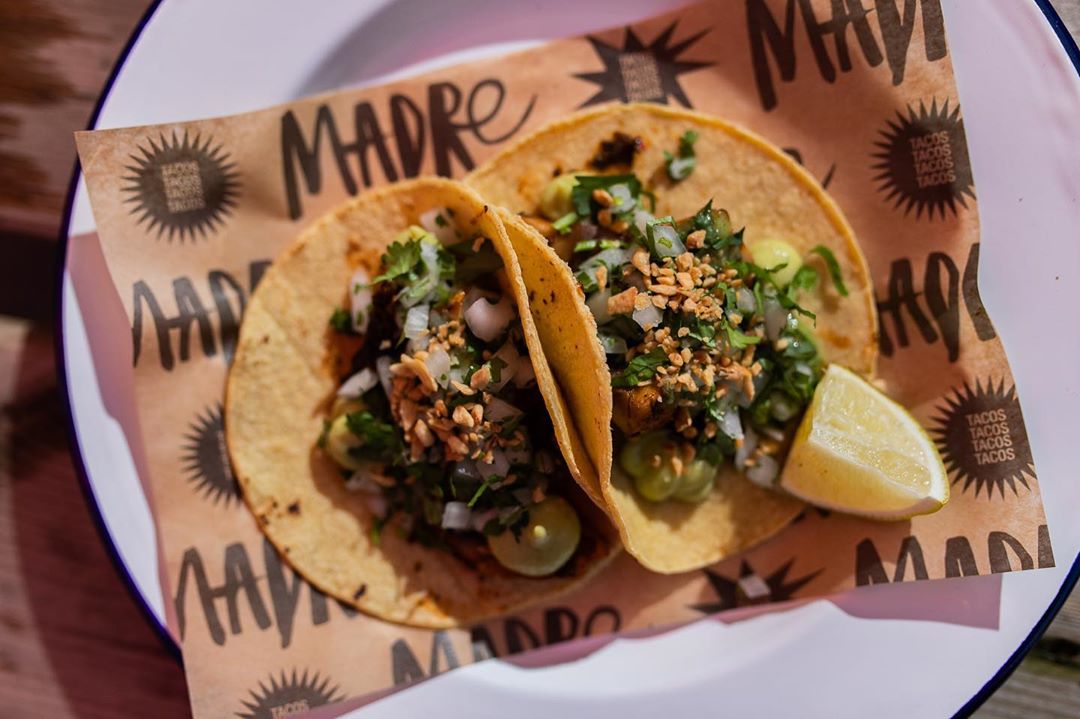 I’m going to stop here and take a minute to think about those wonderful tacos from Madre. They truly are sexy – and those slow cooked beef brisket ones… just divine.

Since the very start, these vendors have been mercifully serving up their dishes to the throngs of visitors to the venue, made all the better with an events calendar of entertainment, live music and drag shows that rivals anything that the rest of the city can provide. 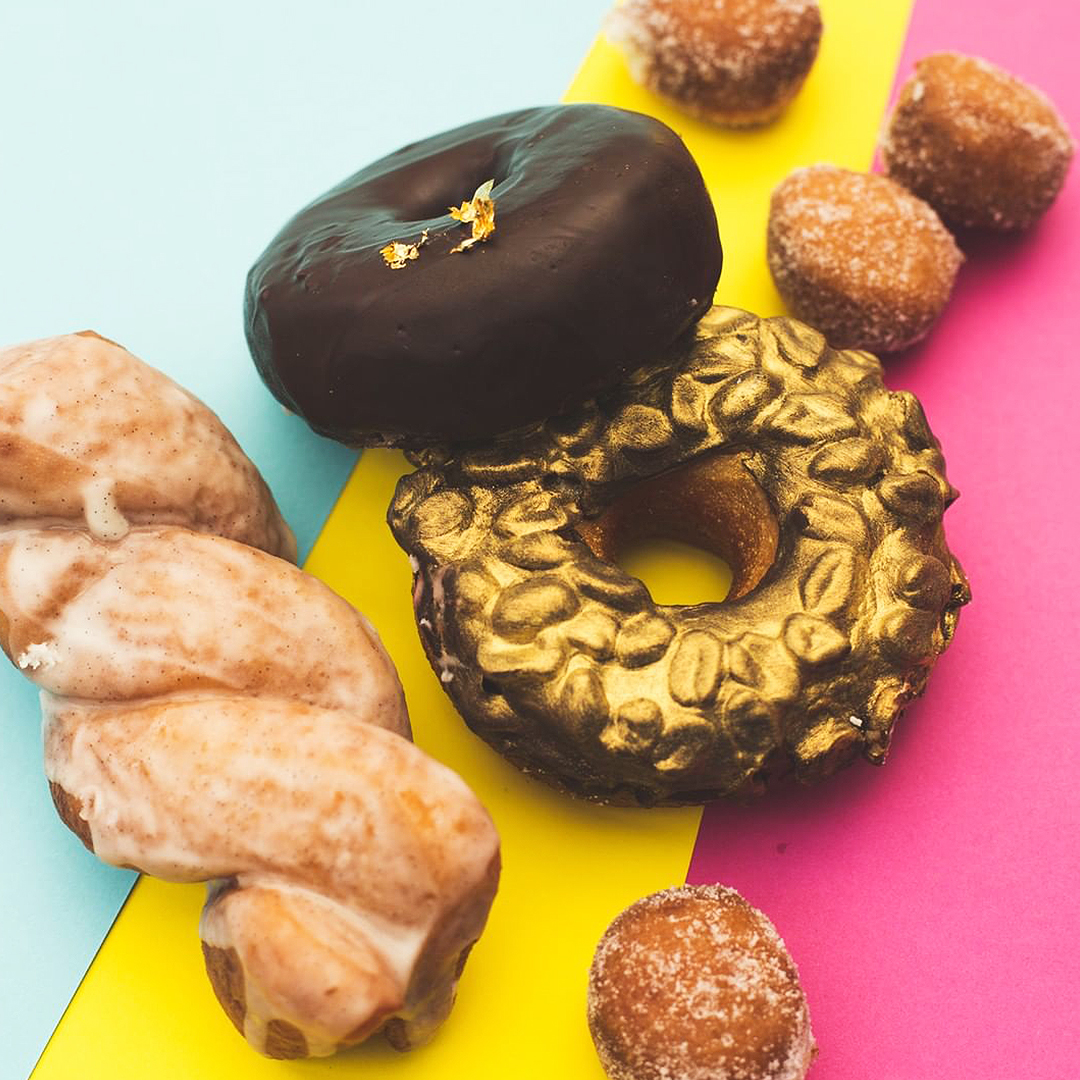 One of the most significant accomplishments of the team at Freight Island was securing the services of trailblazing Basque restaurant Baratxuri, a huge draw for people previously put off by a lengthy trip into Ramsbottom to sample their dishes. Setting themselves up in a barbeque grill slap-bang in the centre of the venue – they subsequently elevated the food offering to a whole new level.

You’ll be very pleased to hear that with the opening of The Ticket Hall, Baratxuri have moved their slick operation inside, complete with their very own restaurant space – once again – right in the centre of everything. 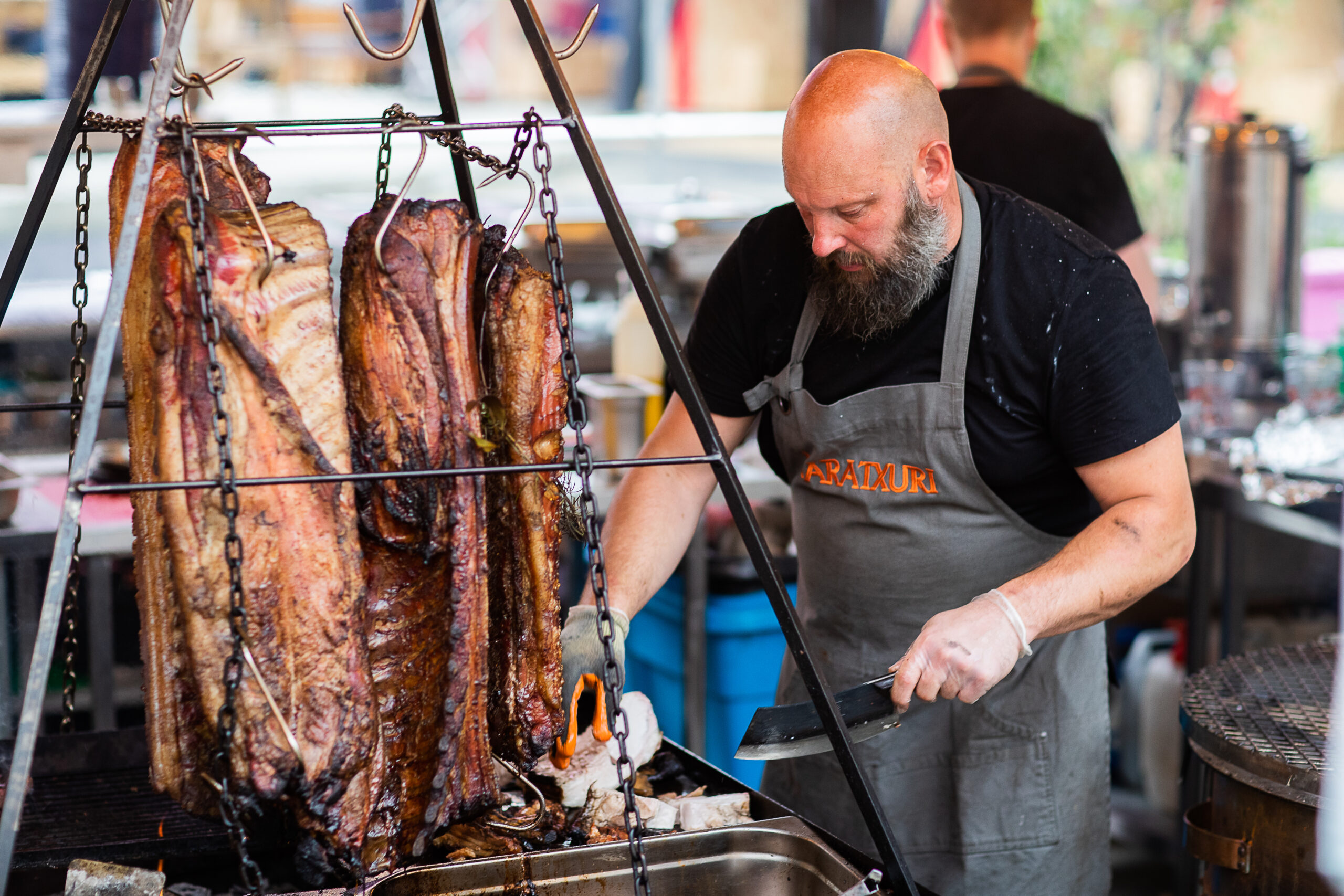 I feel it must be rather difficult to shift your entire operation from what was essentially ‘outdoor street food’ to offer up something much more substantial, but the team at Freight Island are looking to do exactly that.

Of course, the same street food vendors will still be serving up their dishes in the new Ticket Hall extension, however they’re also looking to significantly raise their game – coming into direct competition with some of the city’s most respected and high-end restaurant offerings. 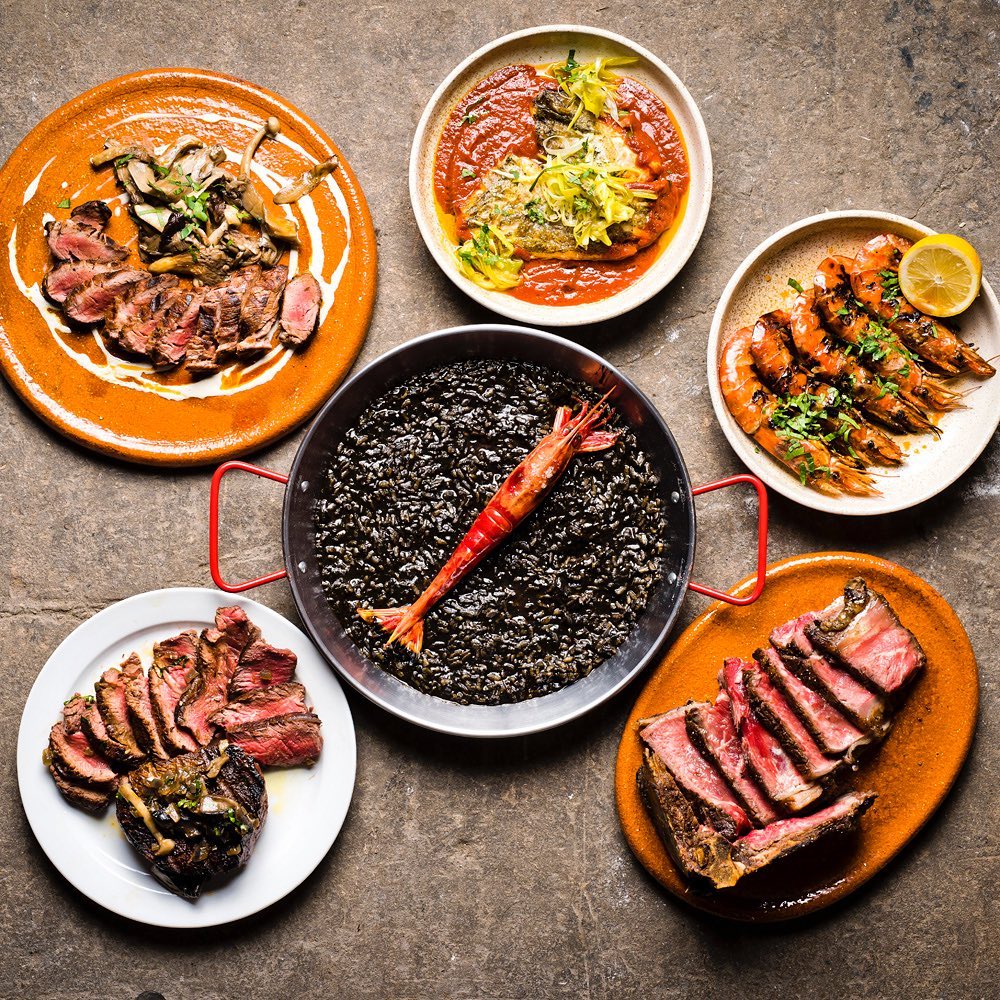 Can we expect a new menu from Baratxuri when they re-open?

Take Baratxuri as an example. In their new space you will be required to book your table directly through them, and the menu inside the ‘restaurant area’ will not be available to general Ticket Hall guests. You can still get some dishes, but for the ultimate Baratxuri experience, you’ll need to be sat in their own dedicated space.

The same goes for Ancoats’ favourite The Jane Eyre, who are set to open up their own decadent cocktail terrace in the Ticket Hall, complete with a dedicated list of drinks and cocktails that has made them such a favourite since crashing into Cutting Room Square a few years ago. 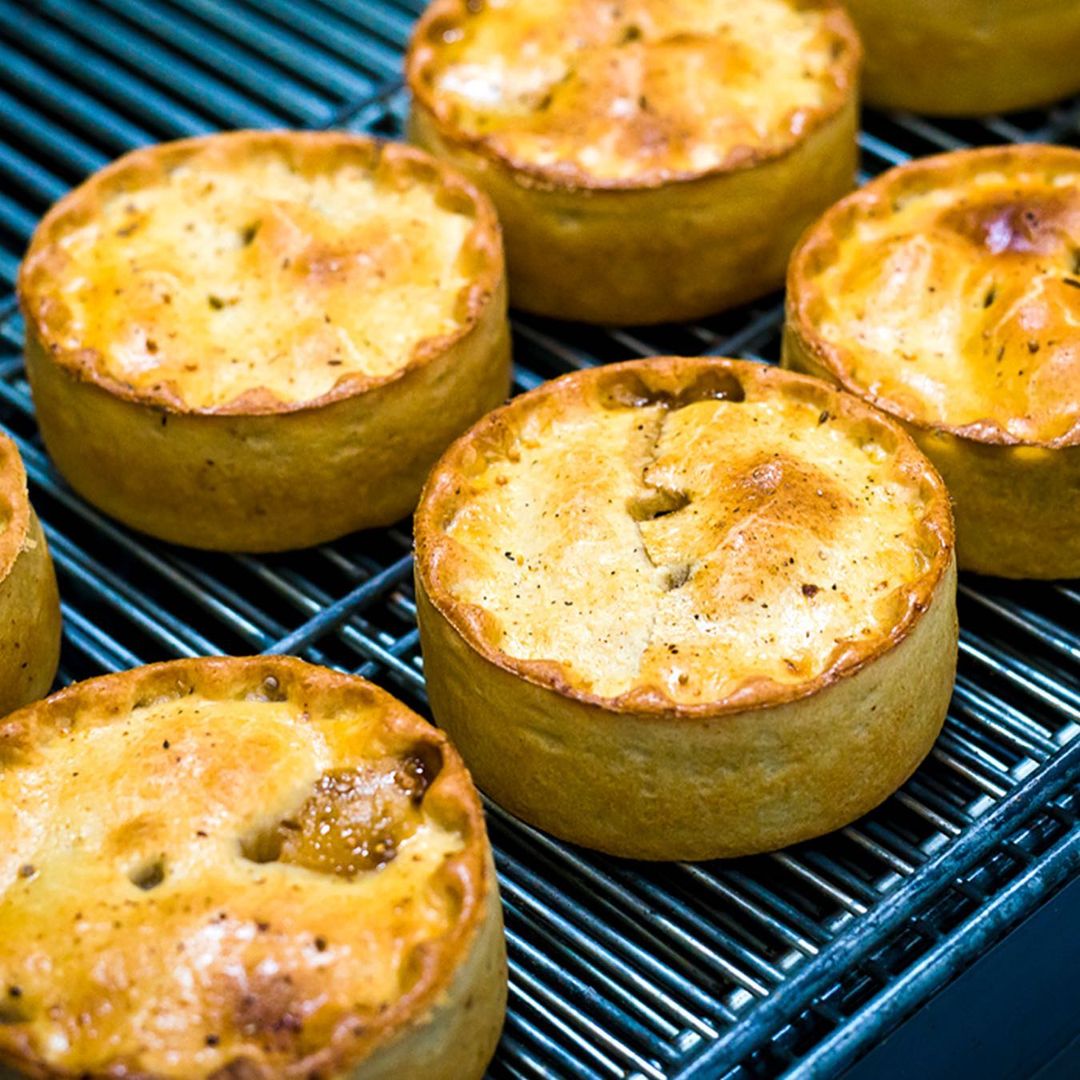 Another major coup for the venue was securing the services of multi-award winning pastry masters Great North Pie Co. who will be set to open up their first ever city centre offering when Freight Island opens up again, as well as the highly respected maison BREiZH – creators of the best crepes you’ll ever eat and winners of Best Dessert at the 2020 British Street Food Awards.

The Ticket Hall’s completely new offering – Forever Changes has suffered the most from the limited opening period and subsequent lockdown, insofar that it feels like they’ve been entirely unable to fully communicate exactly what they’re offering. 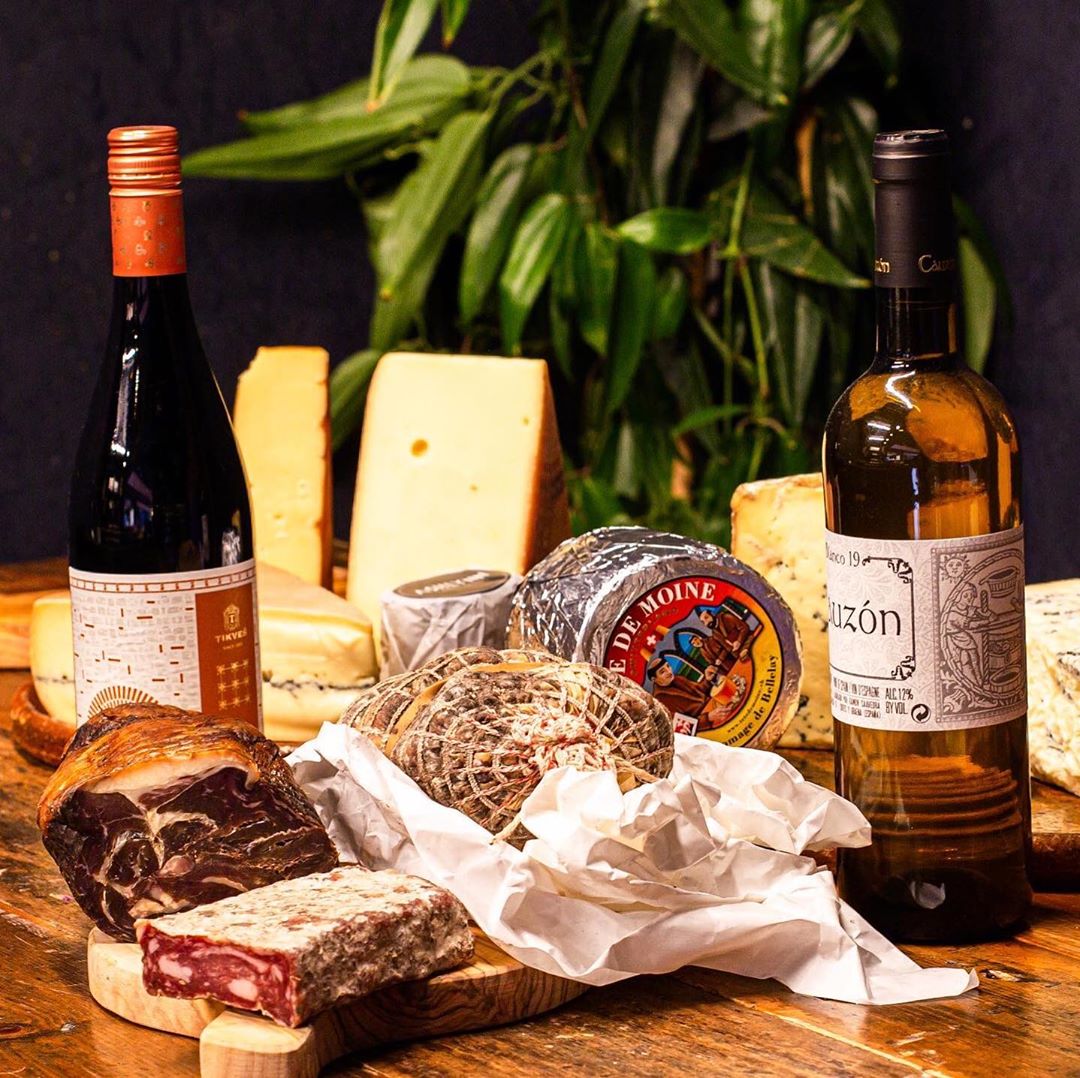 On Deliveroo you’ll find an impressive offering of wines and small charcuterie, but once its fully open again you’ll be treated to intricate small plates to be enjoyed in a comfortable and informal manner.

The Ticket Hall is also set to welcome BELZAN, offering a monthly changing five-course menu that will focus on locality, seasonality and personality. A firm favourite in Liverpool for the last 4 years, Belzan have received high acclaim and instantly became a firm neighbourhood favourite – something which is likely to be re-created when they arrive in Manchester. 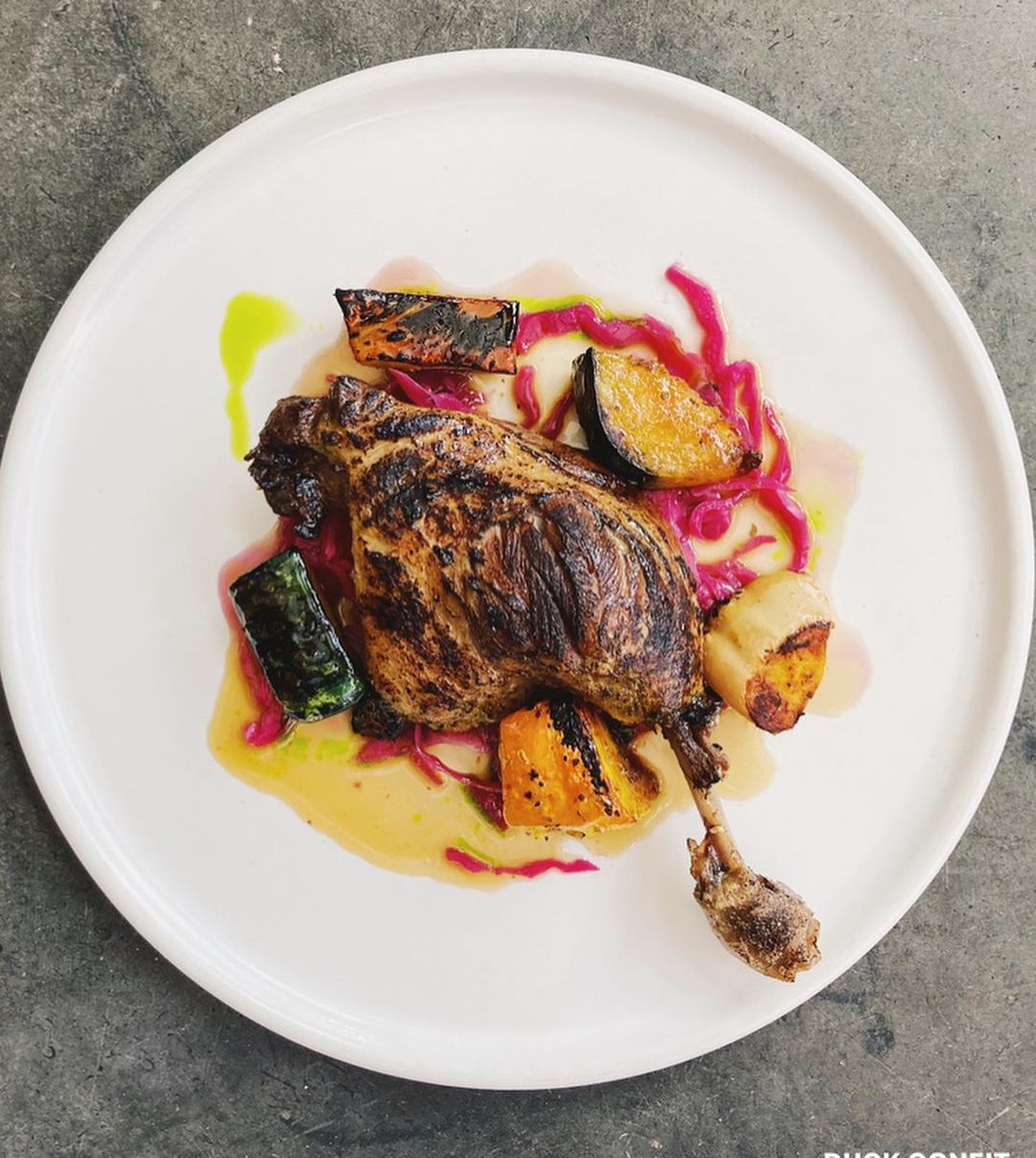 Topping off the newest additions is award-winning Mi & Pho, bringing a true taste of Vietnam to us all with their range of pho, spicy noodle soups, curries, fresh fish and meat. Owner CiJay started the endeavour over 6 years ago and, seizing a gap in the market, has since then become a firm favourite in the city. 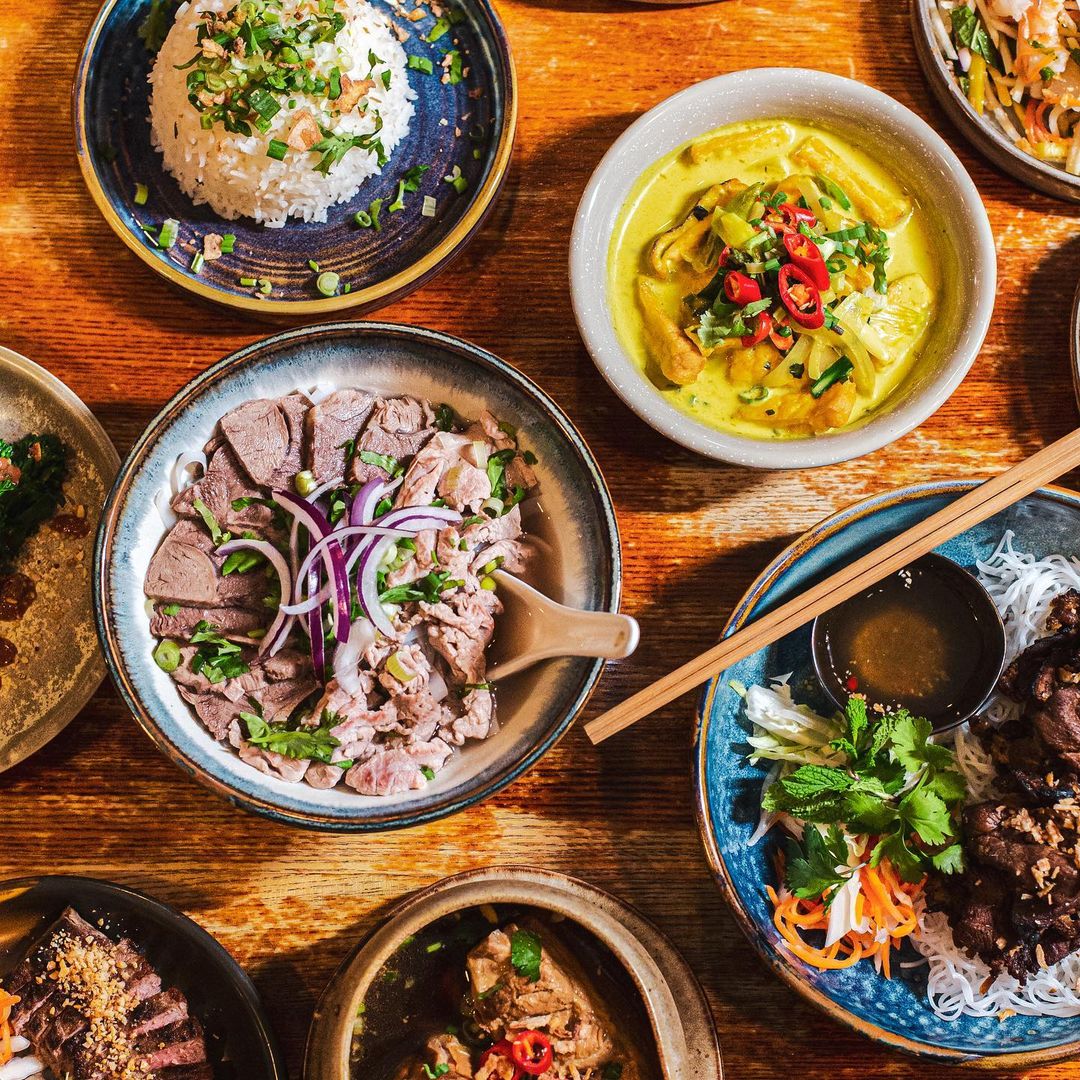 Alongside the food, not only will Forever Changes offer up over 100 bottles of wine, as well as cocktails from The Jane Eyre, there’s also a dedicated bar from Salford brewers Pomona Island – who’ll be pouring the freshest pints of their eclectic concoctions to all.

As a serious food destination, Escape to Freight Island has certainly stepped up their game, and the entire venue looks set to offer up some of the city’s best dishes and cuisines all under the same roof. 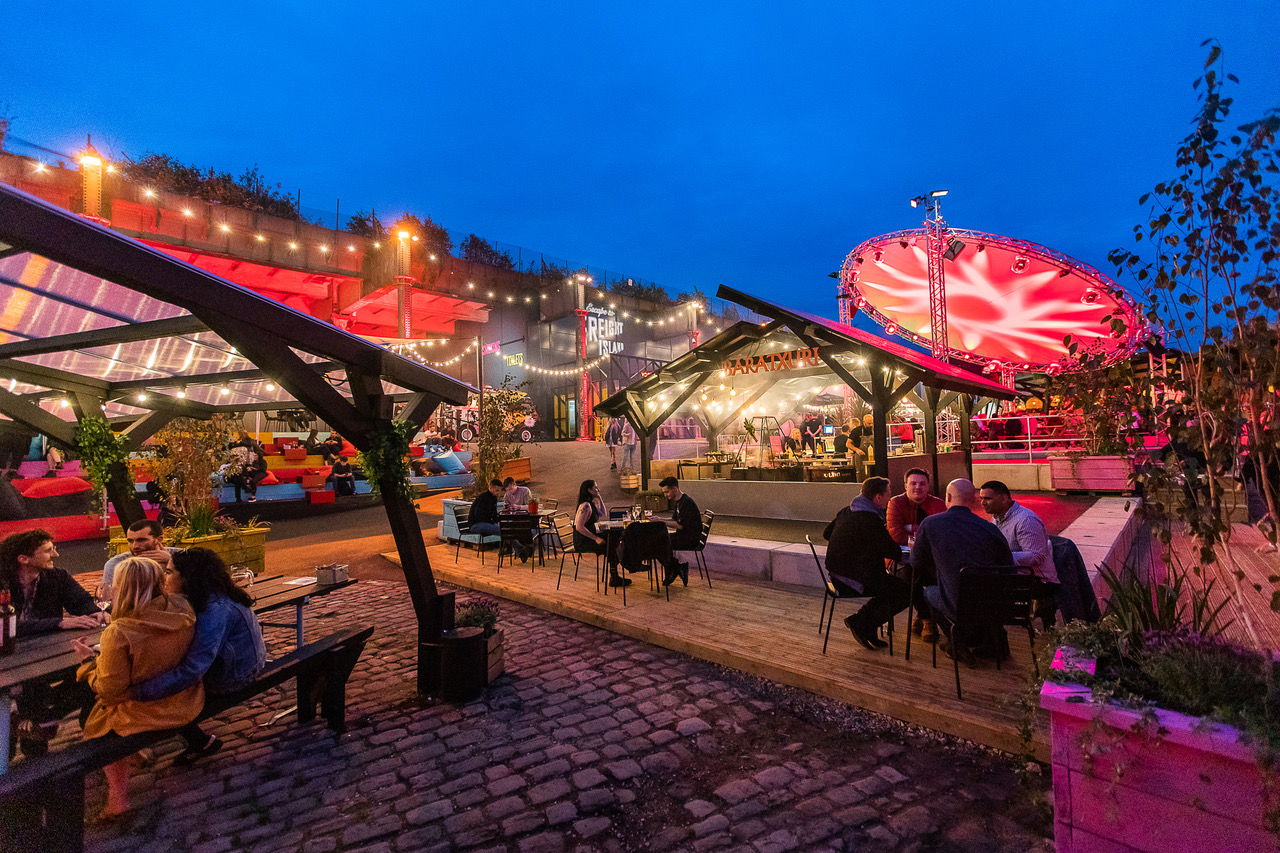 In fact, going one further, there’s also talk of future pop-ups and collaborations with some of the UK’s most respected restaurants, who will set up their kitchens on the upstairs balcony, providing a space where people can have a Michelin-starred gastronomic experience without having to leave the city.

This focus has culminated in the announcement last week of KANTINA, a huge food and drink festival that promises to be “a feast for the city and beyond…” 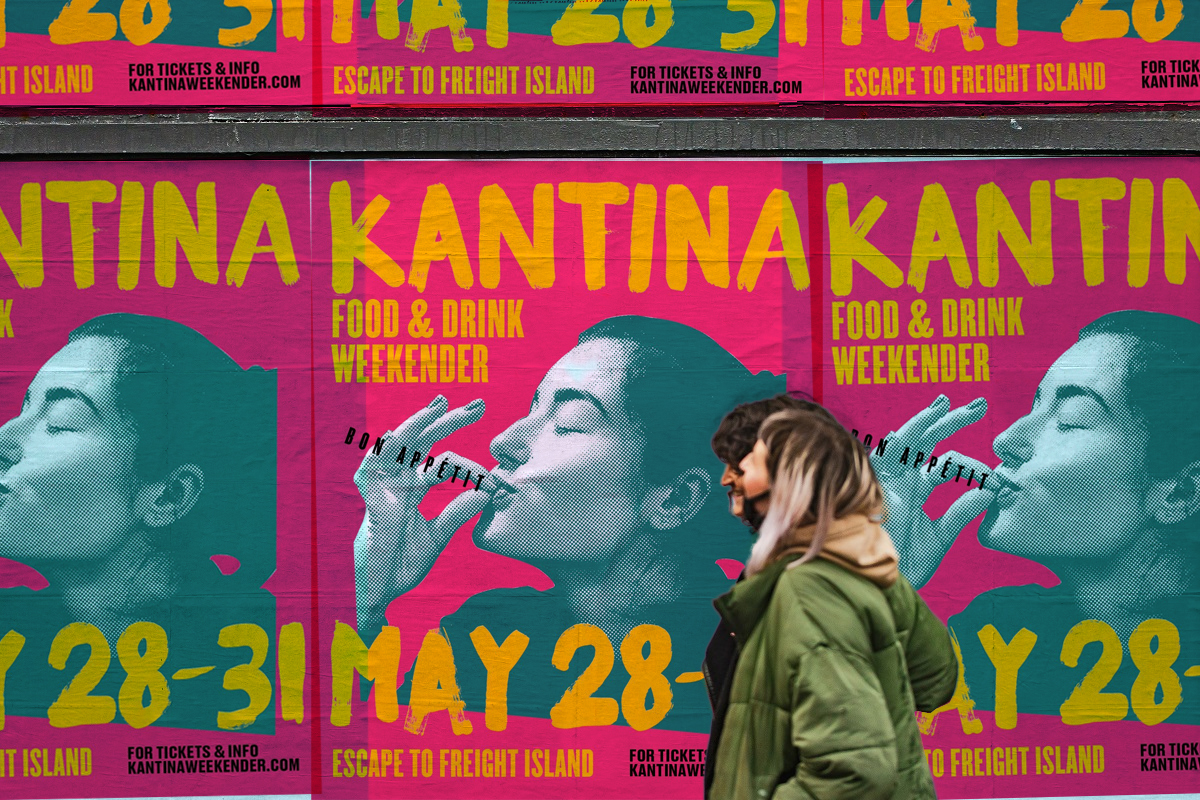 Taking place on the end of May Bank Holiday (29th – 31st), this new city festival promises “next level food and drink collaborations” by showcasing the culinary talents of Escape to Freight Island whilst introducing more of the UK’s biggest and best chefs, cocktail makers, brewers and street food heroes.

So, food and drink looks set to be at the forefront of the minds of all over at Freight Island in 2021, and we simply cannot wait to finally get in there and sample some of the new and exciting dishes that they’ve been perfecting all this time.

I’ll see you there.

NOW DELIVERING: Rudy’s have teamed up with Grandad’s Sausages!