Purple Ronnie & How Vimto Took Over The World

Who'd have thought that a combination of grapes, raspberries and blackcurrants would become so iconic?! 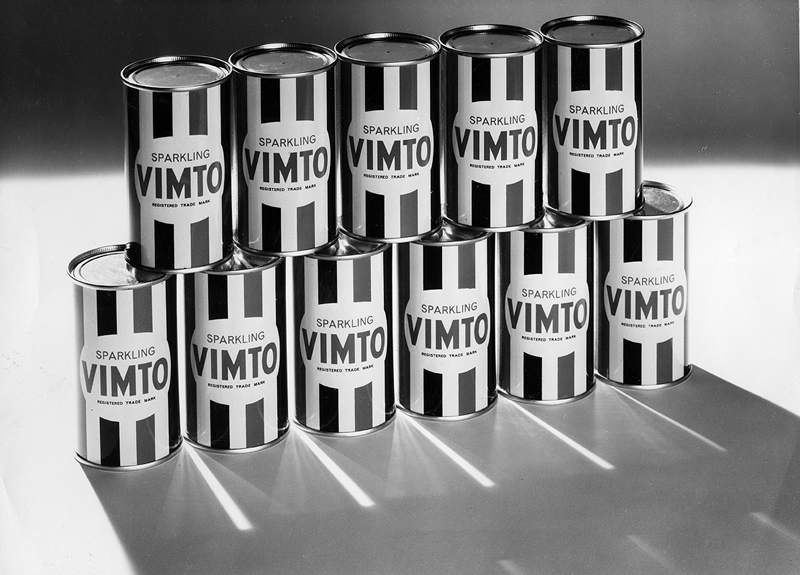 As a kid I used to go through around 5 litres of ‘squash’ a week. I loved the stuff. Even though it was just the cheap Orange stuff from Tesco, diluted to within an inch of its life – I could easily smash a full bottle in a day – especially if I was out on me bike.

When I’d go to me Uncle Stuart’s house though, they’d always have Vimto, and it felt like a right proper treat. It was thicker, juicier, tastier and it was dark – a true sign of quality as a kid.

Vimto was, and still is, the absolute best. It’s combination of grapes, raspberries and blackcurrants is iconic, known throughout the world and most importantly – quintessentially Mancunian.

Today you’ll find it in fizzy form in cans down the offy, you’ll find random bottles of it in tiny shops in the middle of Africa and you’ll get Vimto lollies when you pay the bill for your curry. Vimto has well and truly taken over the world over it’s 120 year history – and here’s how they did it…

Vimto as a drink owes its existence to a man named John Noel Nichols, who was born in 1883 right into the throws of the textile industry in Blackburn. After attending Blackburn Grammar School he headed off to the big city of Manchester, working as a stockbroker’s clerk and a soap factory manager. 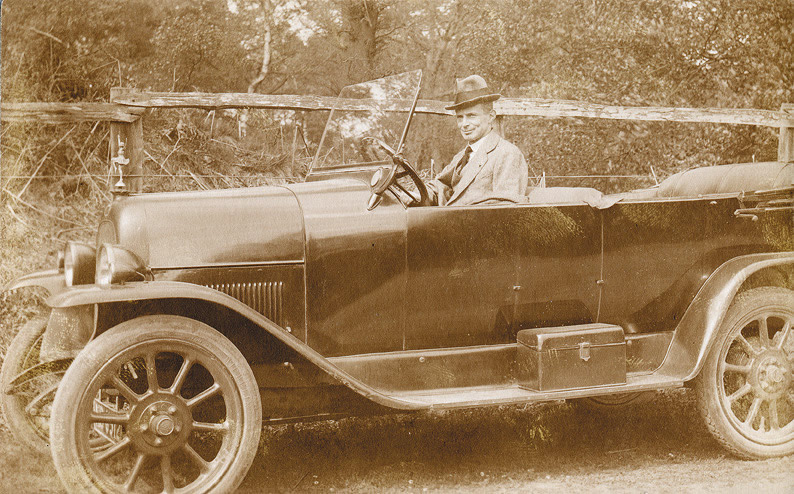 In 1908 a new Licencing Bill was introduced by the government, one which, through a series of complex and bitter political movements, resulted in the closure of a third of all public houses in England and Wales, as well as a severe reduction in the renewal of public house licences. In addition, the bill also contained other measures including a reduction in Sunday opening hours and a ban on the employment of women in pubs.

Where most only saw dismay and hardship, John Noel Nichols saw an opportunity to capitalise on the Bill, deciding to set up his own wholesale druggist and herb import business and creating a new ‘health’ herbal tonic that gave the drinker “Vim & Vigour“. Vimtonic was born.

Later shortened to the much easier to say ‘Vimto’, the new tonic was shipped out to small shops, outlets, cafes and ‘temperance’ bars – non-alcoholic bars that had become popular in recent years. The drink was a massive success, in part down to its unique taste – using a blend of herbs and spices that is still a closely guarded secret today.

Nichols set up shop on Sackville Street, operating out of a factory there for a few years until he was forced to move production in 1910 to larger premises in Salford, then to Ayres Rd in Old Trafford in 1927 and finally a state-of-the-art plant in Wythenshaw in 1971. All because Vimto just kept getting bigger and bigger. 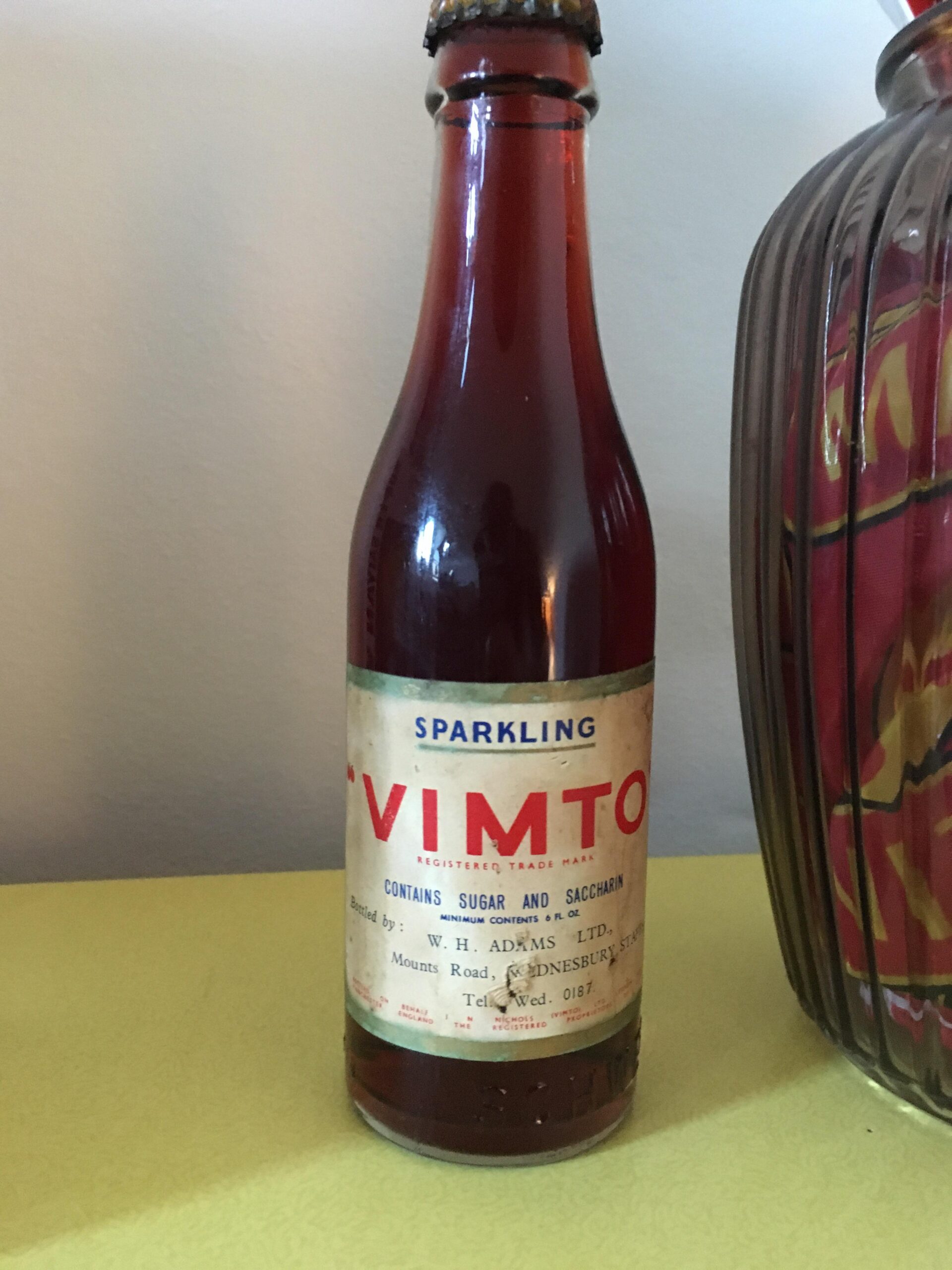 Vimto had really hit the spot in the UK, and sales were impressive to begin with – Nichols tapping into the demand for non-alcoholic ‘tonics’ and cordials at a time when many were looking to shift away from the negative effects of alcohol and its relative prohibition throughout Western countries in the early part of the century.

This demand was certainly present elsewhere in the world too, especially in Muslim countries such as those found in the Middle East and Africa, and thus Nichols managed to rope in a couple of mates to help him get Vimto into the shops of even the most far-flung communities and countries. 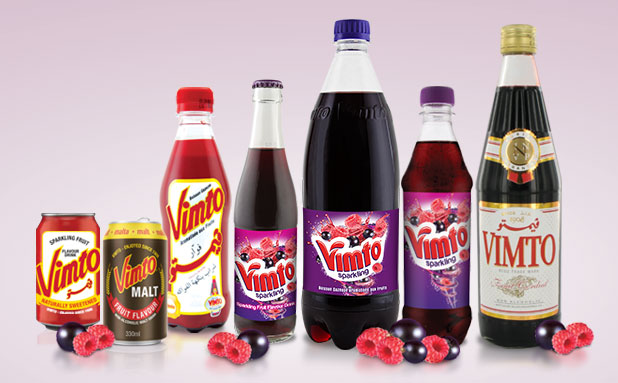 In 1919 the Vimto trademark was registered in British Guiana (now Guyana), and the company’s International division began in earnest. The South American country was the first in a series of ‘colonies’ that Vimto moved into and flourished, with India quickly following in 1920 and then most of the Middle East by the turn of the 30’s.

Nichols’ links with the British Empire and it’s colonies, as a prominent and successful businessman in England, certainly gave Vimto easy access to these otherwise unreachable markets and communities, and so pretty quickly Vimto came to dominate, especially in those where alcohol was prohibited. 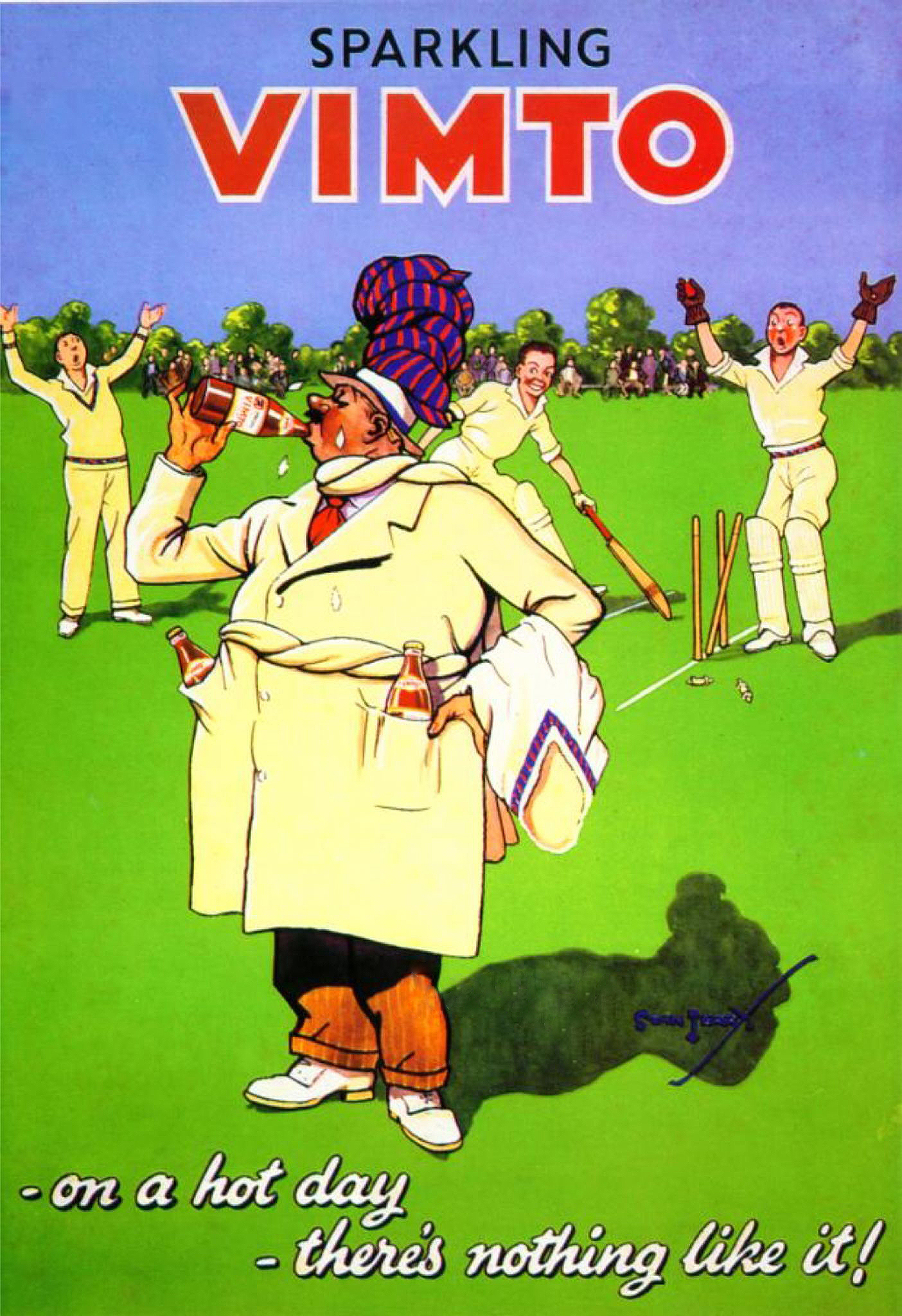 In fact, in the Arabian Peninsula, Vimto has now managed to achieve over 80 years of dominance as the beverage of choice for the sunset feast (iftar) during the Islamic holy fasting month of Ramadan, as well as enjoying a 90% market share in the cordial drinks market in Saudi Arabia.

In addition, Vimto is extremely popular in The Gambia and Senegal, as well as Pakistan, Nepal and Ghana to this day. In fact, you may have seen the classic ‘foreign’ bottles of Vimto on sale whilst walking around Worldwide Foods in Rusholme, characterised by it’s white, red and gold label and double strength. 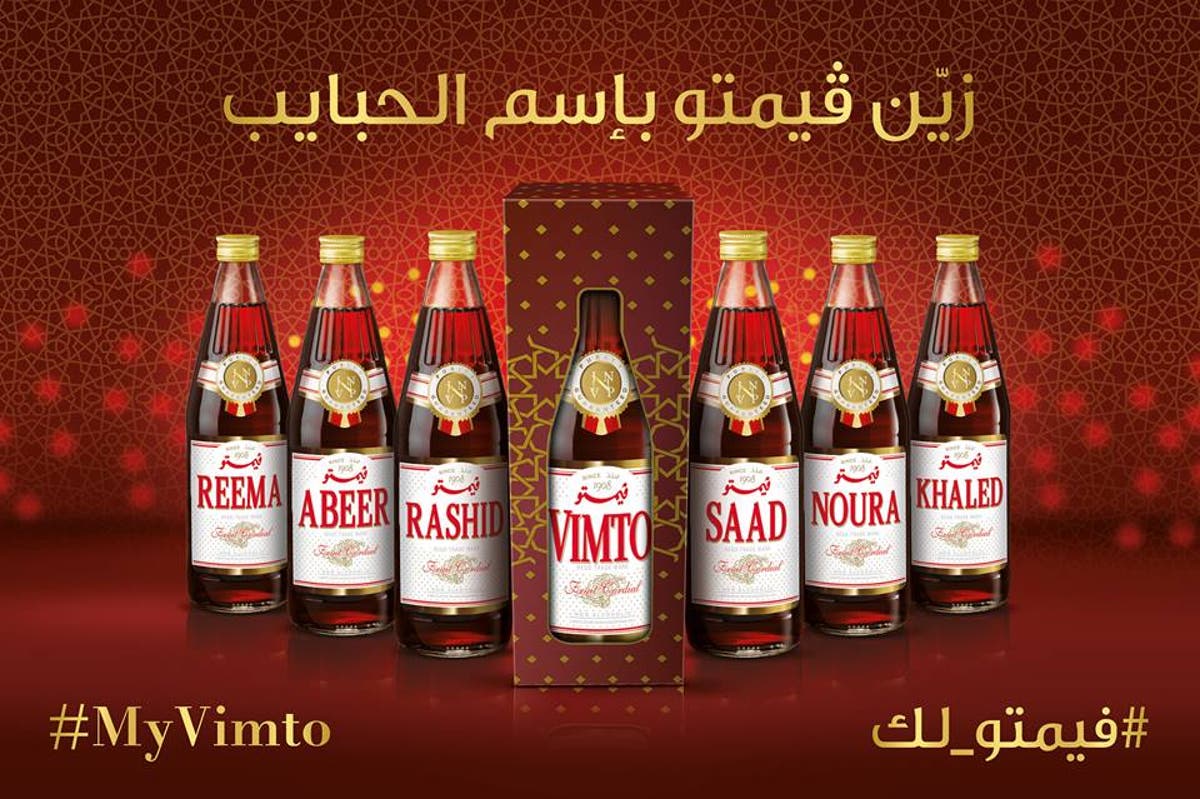 By the end of the 20th Century, Vimto was still enjoying massive success both home and abroad. It was dominating foreign markets in the Middle East and Africa, while at home the drink had found a new lease of life in the form of a little fella called Purple Ronnie.

A crude little stick man with a tendency to fart and burp, Purple Ronnie was the creation of writer and illustrator Giles Andreae, who debuted Ronnie in 1987 as a doodle to accompany poems on greeting cards that he sold himself to stationery shops around Oxford. 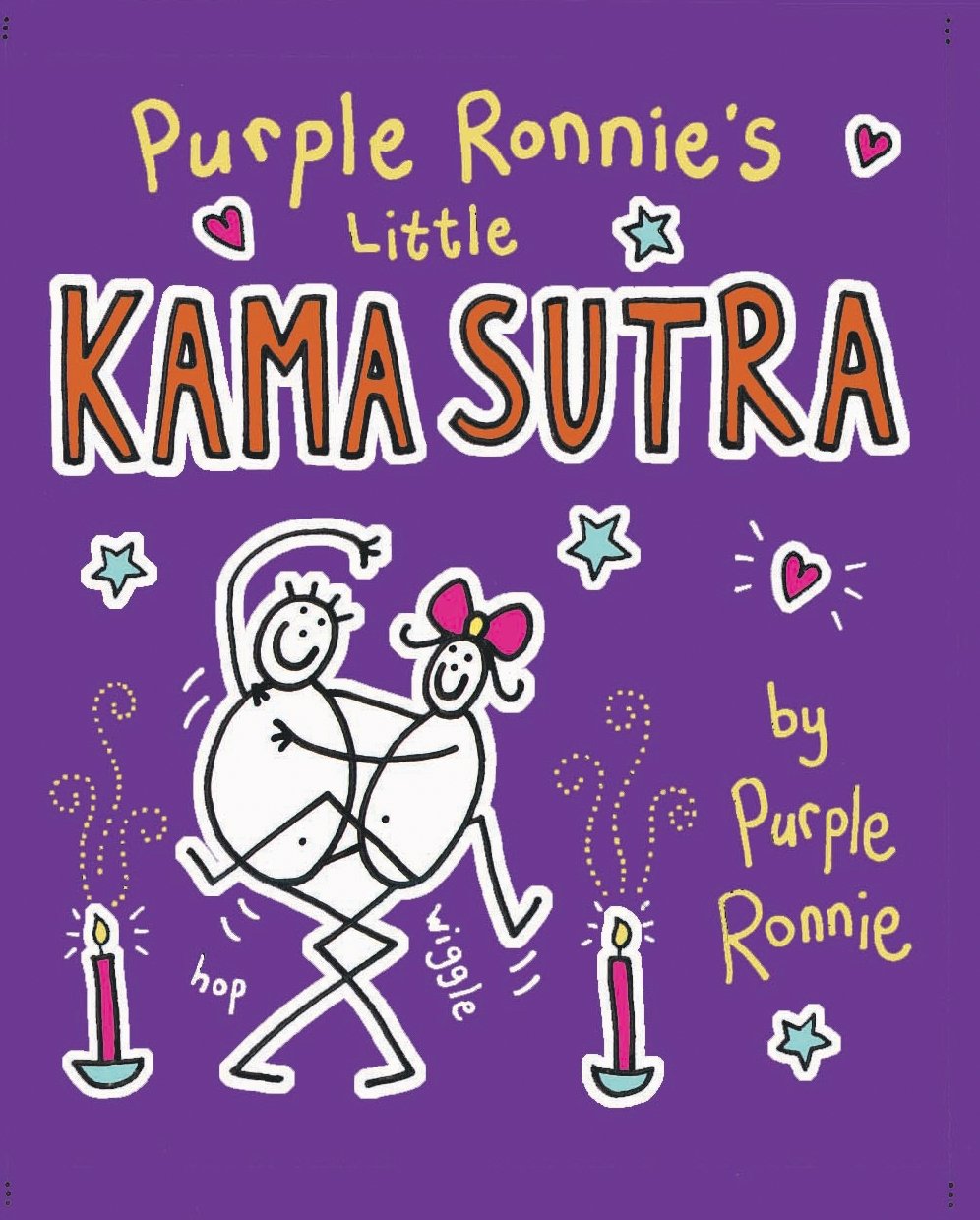 Over time, Andreae wrote more poems and drew more pictures of Ronnie until he caught the eye of some bright spark at Vimto who decided they wanted to use the character in some advertising campaigns. I hope that person got a raise because the campaign was a massive success, with Ronnie becoming a true icon in the early noughties – in fact, it was almost impossible to walk the streets and not see him – he was everywhere.

Vimto used Ronnie for 7 years, before moving on, mainly due to waning popularly of the character and also the fact that Andreae sold him to another company with the aim of re-creating the success over in the States. I don’t think that one went well to be fair, but I’m positive that Andreae didn’t care too much while counting his £4.8m.

Nowadays Vimto still enjoys massive success abroad, and continues to weather the difficulties of the Sugar Tax and a marked shift away from sugary drinks in the UK. Even though it’s not produced in Manchester any more, its popularity and iconic status still looms large in the city too.

Take a trip to The Koffee Pot and have a mug of hot Vimto with your Full English, tuck into a Roast Dinner at The Refuge and enjoy some Vimto-braised cabbage or just have a picnic outside the drinks’ first factory on Sackville Street and enjoy the massive wooden Vimto statue – the drink still runs through the city and will continue to do so for years to come.

The Northern Quarter Eatery whose new menu is full of FRIED CHEESE delights!