A real life ASTRONAUT is coming to this years Bluedot Festival

To go alongside the headline appearances from Björk, Groove Armada, Metronomy and countless more, Bluedot has announced its Science line-up!!

The headliners include astronaut Tim Peake and Ann Dryuan, opening concert of The Hallé performing a unique live score to the original Cosmos series.

There will also be Space Station Earth, a spell-binding new show that depicts, from the eyes of an astronaut, life in space.

It follows the same shift in consciousness that almost all astronauts experience as they release how everything on earth is connected. Ilan Eshkeri, in association with The European Space Agency, all previously unseen footage is taken on-board the International Space Station by the 6 European Space Corp Astronauts of the class of 2009: (Tim Peake, Andreas Mogensen, Luca Parmitano, Thomas Pesquet, Alexander Gerst and Samantha Cristoforetti).

Additionally, Yan and Noble from the Mercury Prize-nominated British Sea Power are set to perform a special live soundtrack to Out Of The Present as part of the festival’s film programme.

The full science, arts and culture and family programmes will be announced in the coming weeks. For tickets and information visit: 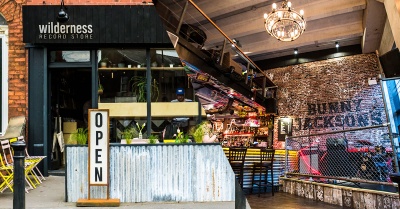