Review: & Juliet at the Opera House

Shakespeare gets all shook up and a 21st-century makeover in brand new musical & Juliet, we popped down to see what it's like.

Never has there been so much anticipation for a show since it was announced earlier this year that it would premiere here in Manchester at the Opera House. If you haven’t seen the bright pink posters with a girl wearing a ruffle and headphones around the city centre over the past few months, then you have clearly been walking around with your eyes firmly closed.

Like any new show, there’s always the fear over whether it will deliver on the hype, & Juliet has been no exception with a fair few puzzled faces over the lack of Romeo in the title. Just where for art was Romeo? Well no fear, all is set to be revealed…

The show starts with Mr William Shakespeare (Oliver Tompsett) holding court with his ‘groupies’, chuffed with the fact he has come up with what he thinks is the perfect ending for his new play ‘Romeo and Juliet’, however when wifey Anne Hathaway (Cassidy Janson) hears it, she’s definitely not as enthusiastic.

Hathaway urges her famous writer husband to give Juliet a happy ending that celebrates her independence – after all, would Juliet really be in undying love at the age of 13, having only known Romeo for just 2 days and then decide to kill herself?

She definitely has a point, right?

So, after Shakespeare reluctantly agrees, we see the ending become just the beginning for Juliet as puts down the dagger and flees off with her friends and nurse for some fun and freedom in Paris!

What ensues for the next couple of hours is a fun tale of female empowerment all cleverly wrapped up in the lyrics and huge pop hits of Max Martin (the man responsible for some of the biggest songs of the past two decades).

Miriam-Teak Lee smashes is as leading lady Juliet, her powerhouse vocals have the hair on the back of your neck standing on end as she nails track after Max Martin track. Teak Lee expertly takes you through each number giving a huge sense of meaning to every lyric, she is phenomenal and deserves every bit of her standing ovation at the end.

Cassidy Janson is a pure delight as Anne Hathaway, who literally lets her hair down and, like Juliet, finds her inner female strength. Janson has an effortless comedic style and dry delivery that makes you howl at every line and facial expression she pulls; plus can she belt out a tune too.

Another fabulous performance is put in by Melanie La Barrie who turns up the comedy dial even more as the Nurse, abled aided by long lost love interest Lance played by David Bedella.

There’s no denying the females in the cast totally rock this musical but a lot must be said for the men too. Tompsett is very funny as the put upon Shakespeare (who, in this musical still writes with a quill but wears trainers) and revels in the chance to become a boyband member as he teams up with the other male cast members to form a ‘De Bois Band’ (the tongue in cheek title will become clear when you see the show).

Tim Mahendran and Jordan Luke Gage are also brilliant as they play Francois and Romeo respectively, both fighting for Juliet’s love.

It has to be said that all the cast are superb here, every single one singing and dancing their heart out, covering a whopping 30 pop songs throughout the show,including tracks such as Britney Spears’ Baby One More Time, Katy Perry’s Roar and Backstreet Boys’ Larger than Life.

Behind the scenes, a huge mention must go to Director Luke Sheppard who has delivered a fresh and exciting production which makes the most of its talented cast and cleverly weaves the songs in and out of the action.

Also, Set Designer Soutra Gilmour has created an incredible pop video vibe, complete with a huge backdrop led screen, graffiti projections, bold colours and the most impressive chandelier I’ve ever seen (it beats the Phantom of the Opera one as this is neon!!)

What is great about & Juliet is that despite the laughs and the banging tunes it still manages to tackle some important messages such as empowerment, gender, sexuality and confidence. It’s definitely a Shakespeare for the Millennials and a show guaranteed to brighten up the darkest of Brexit days.

There’s just over a week left before & Juliet finishes its run at the Opera House and I urge you to go see it if you can. This is a musical that will go far and let’s not forget we got it here in Manchester first, before the West End.

A cracker of a show which proves wholeheartedly the Shakespeare saying ‘If music be the food of love, play on…or maybe that should be play Pop!’

Where: Manchester Opera House
When: Until 12th October 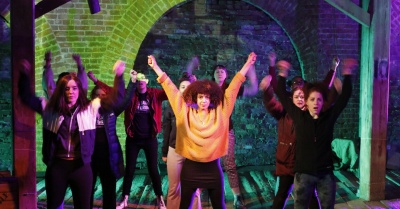 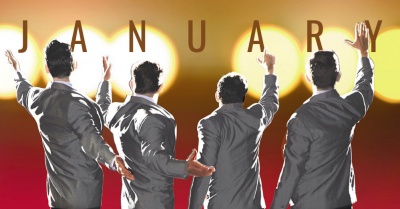 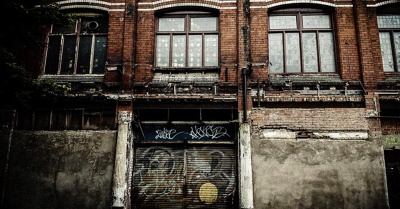