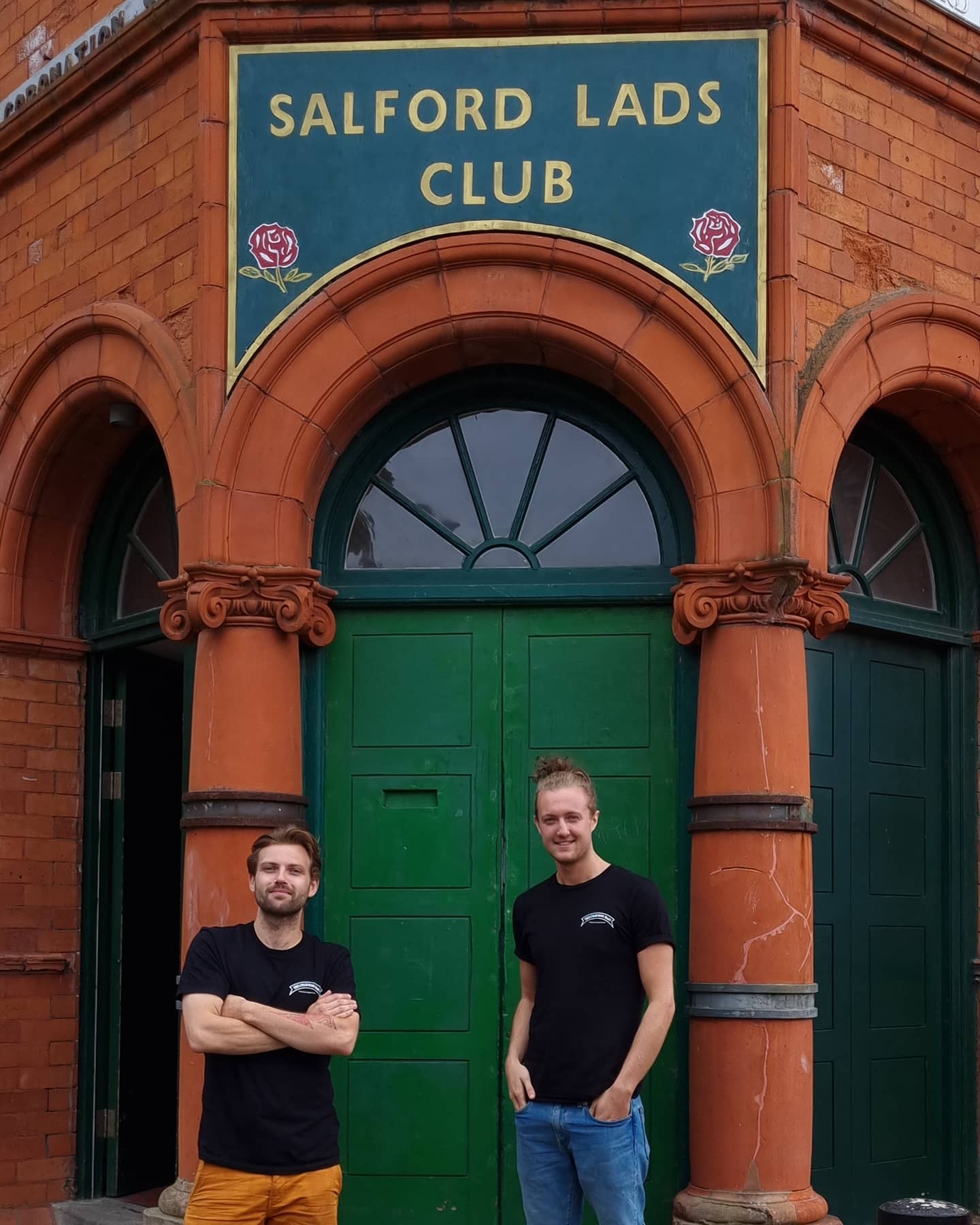 Set up in March of 2020, This Charming Naan had quite the debut.

Beginning their journey as ‘This Charming Van’, chefs Max and Joe were first set up in Hatch, with a healthy summer of festival pop-ups planned.

They were super excited to take their street food concept on tour, serving a carefully curated menu of melodic, fully vegan Indian food to hungover twenty something year olds in flooded fields across the UK.

But, we all know what happened next. COVID-19 forced the lads to cancel all of their appearances and totally change the course of their year. 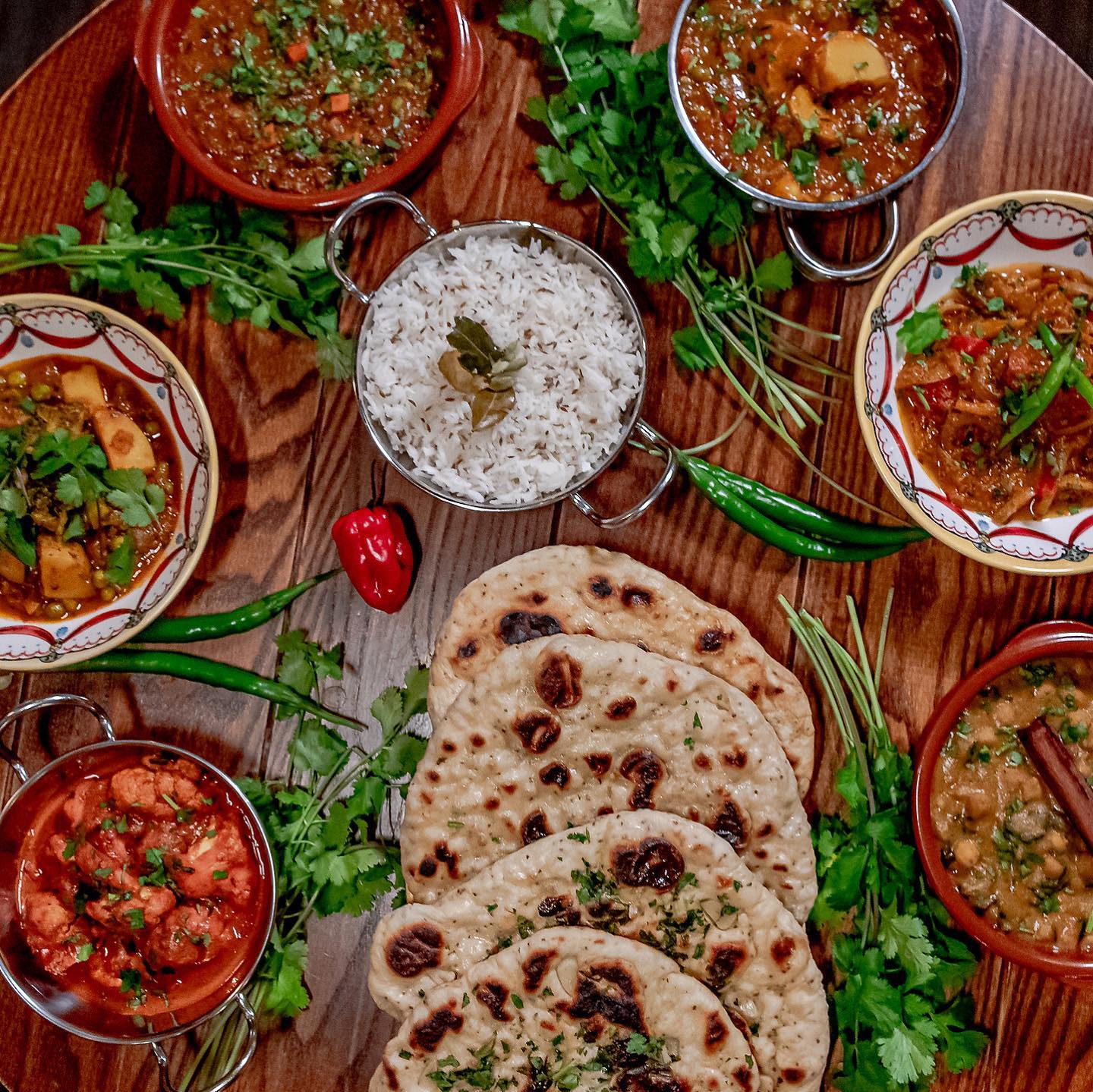 “We could’ve easily given up at the start, but we’d worked so hard on the concept that we just had to reassess our focus and think of the best plan of action,” explained Max.

“We persevered, and as things started to reopen again, we set up camp in Retro on Sackville Street and were there for about eight months, as well as offering take out and delivery options.”

After their successful stint at Retro, the duo were in high-demand and wanted to keep serving their sought after street food to the folk of Manchester. As they started looking for a more permanent home, a spot at the Deaf Institute on Grosvenor Street popped up, which was an offer they couldn’t refuse! 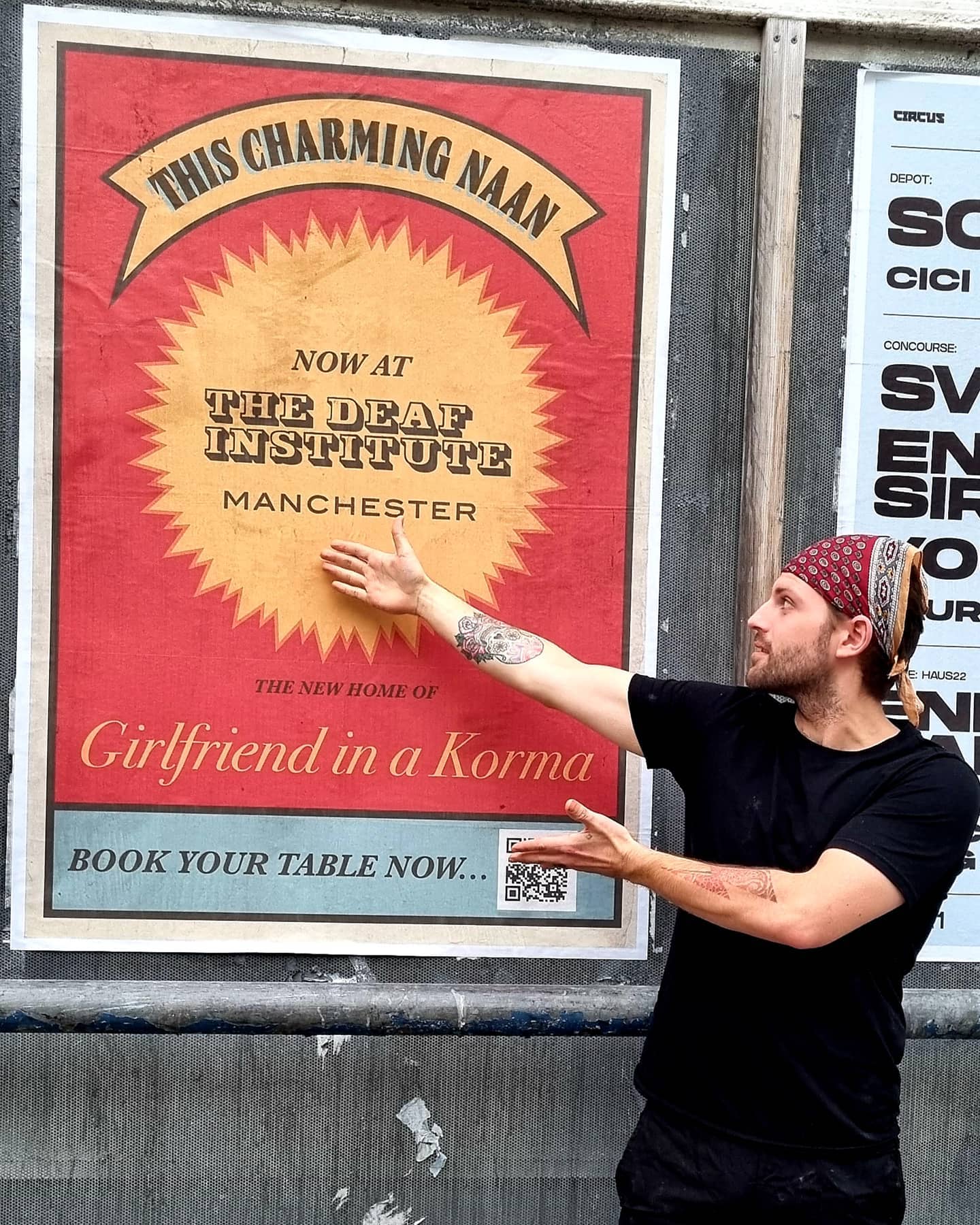 “Deaf Institute is a great venue because it’s so well respected within the local music scene, so it made total sense for us to move in! Prior to us joining, the venue was already serving a vegan menu curated by the previous chefs, so the focus was already on good quality, vegan food, which is exactly what we offer,” furthered Max.

This Charming Naan’s culinary process is unique in that Max and Joe name all of the dishes before even attempting to create them. The puns come first! 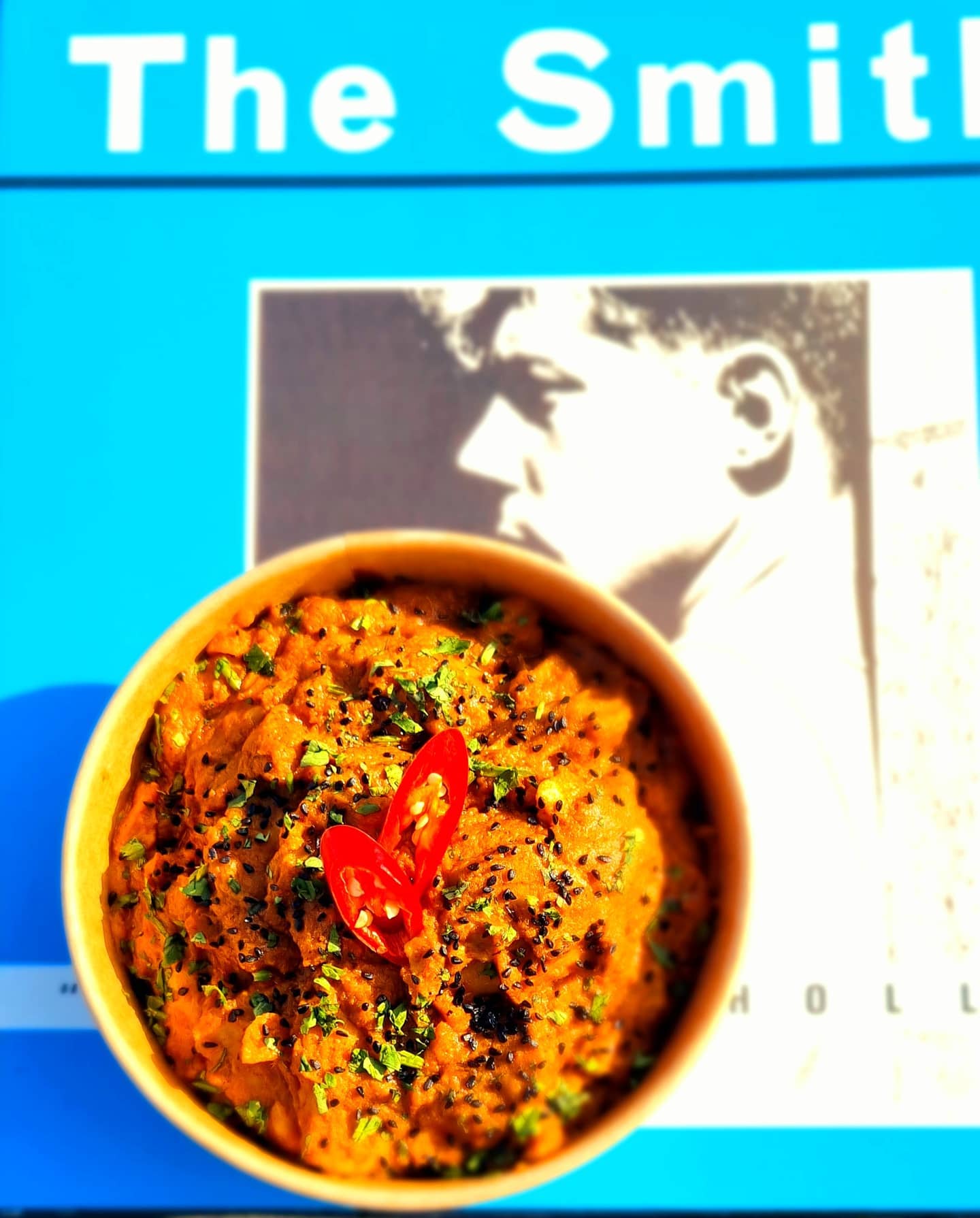 Curries such as ‘Girlfriend in a Korma’ and ‘Madras is Murder’ are inspired by moaning Manc icon, Morrissey, and also the pal’s love of music. You can even hear the sweet sounds of The Smiths blaring out of the kitchen as they cook.

Max continued: “My background is in music as well as cheffing. When I first moved to the city I was working as a promoter in Night People, but I knew my passion always lay with food. Joe is a musician, too, and has played in various bands over the years, so having a business like This Charming Naan is great because we get to combine both of our favourite things!”

They’re a dedicated duo, with both chefs doing around 50 hours a week, but, even though they’re probably suffering from insomnia, it’s totally worth it. Their food is flawless and you can almost taste the vegan blood, sweat and tears that pour into it. 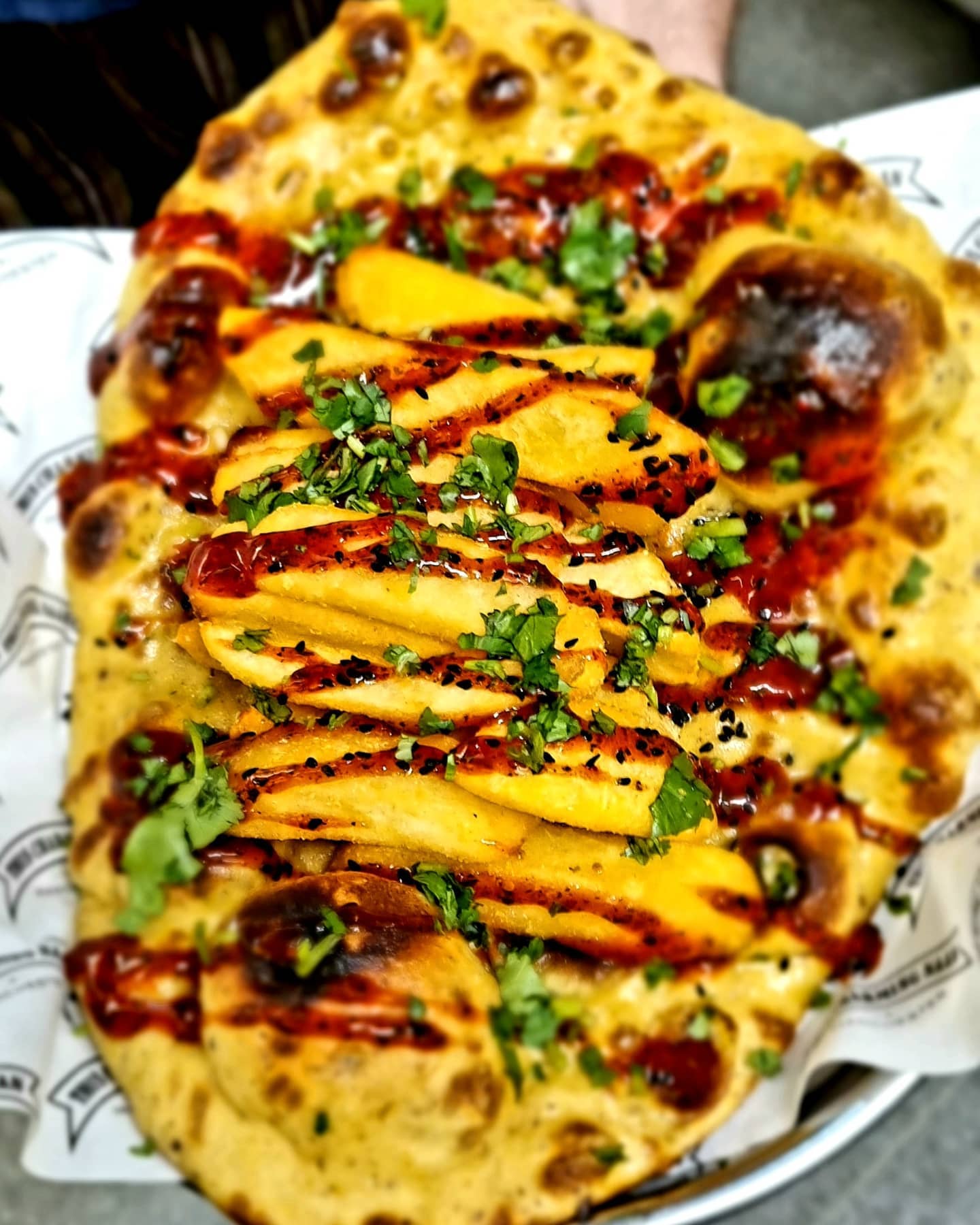 Herbivores themselves, Tom and Max spend a lot of time experimenting with different flavours and textures to perfect their dishes. They buy the trusty vegan dairy alternative, coconut milk in BULK, and the Korma has four different types of coconut that can be paired with either vegan ‘lamb’, ‘chicken’ or ‘prawns’, as well as roasted cauliflower or broccoli.

“We wanted to add some vegan meat alternatives to the menu, too, because I think it’s a great way of introducing the food to non-vegans. The vegan prawns are made out of potato starch and have a very similar texture to the real thing, and we use seitan to make our chicken and lamb.” 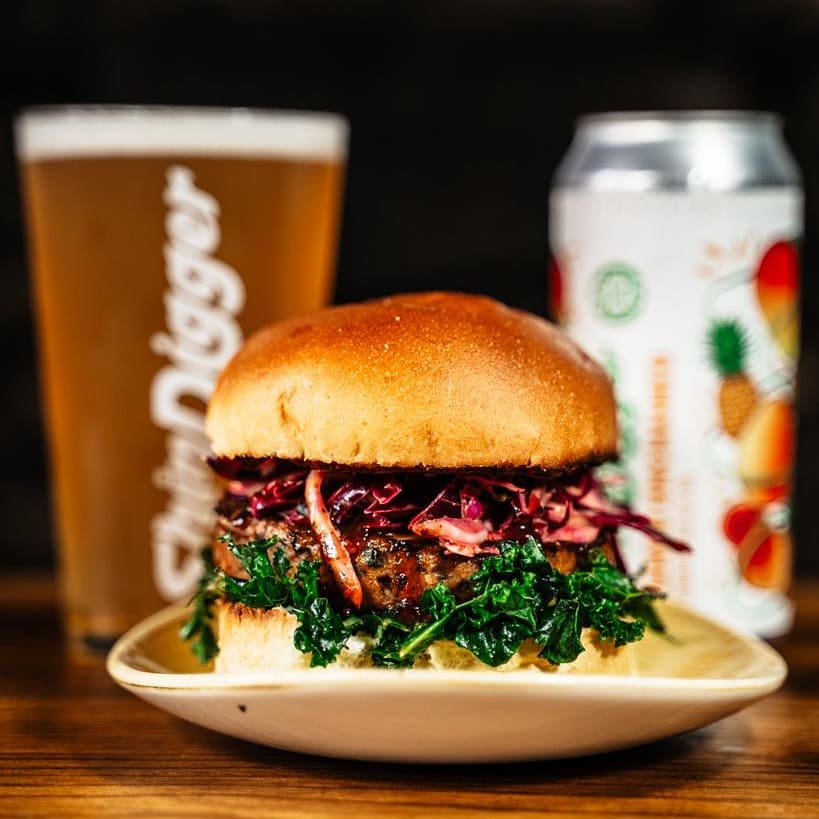 I had the absolute pleasure of trying the ‘Burgerism Begins at Home’ burger, another foodie take on a tune by the Smiths and, to be totally honest, I’ve just salivated all over my keyboard thinking about it again.

The dish is a 100% vegan lamb burger, made from a seitan kofta patty seasoned with fresh herbs and spices and served in a bun with crunchy slaw, kale, pickles, pakora onions and garlic mayo. And, my god, it is STUNNING.

It’s extremely rare to find vegan lamb served anywhere in the city, but it was honestly pretty difficult to tell the difference with this one. The texture was spot on and the flavours were out of this world, you have to add it to your order if you plan on paying the lads a visit anytime soon. 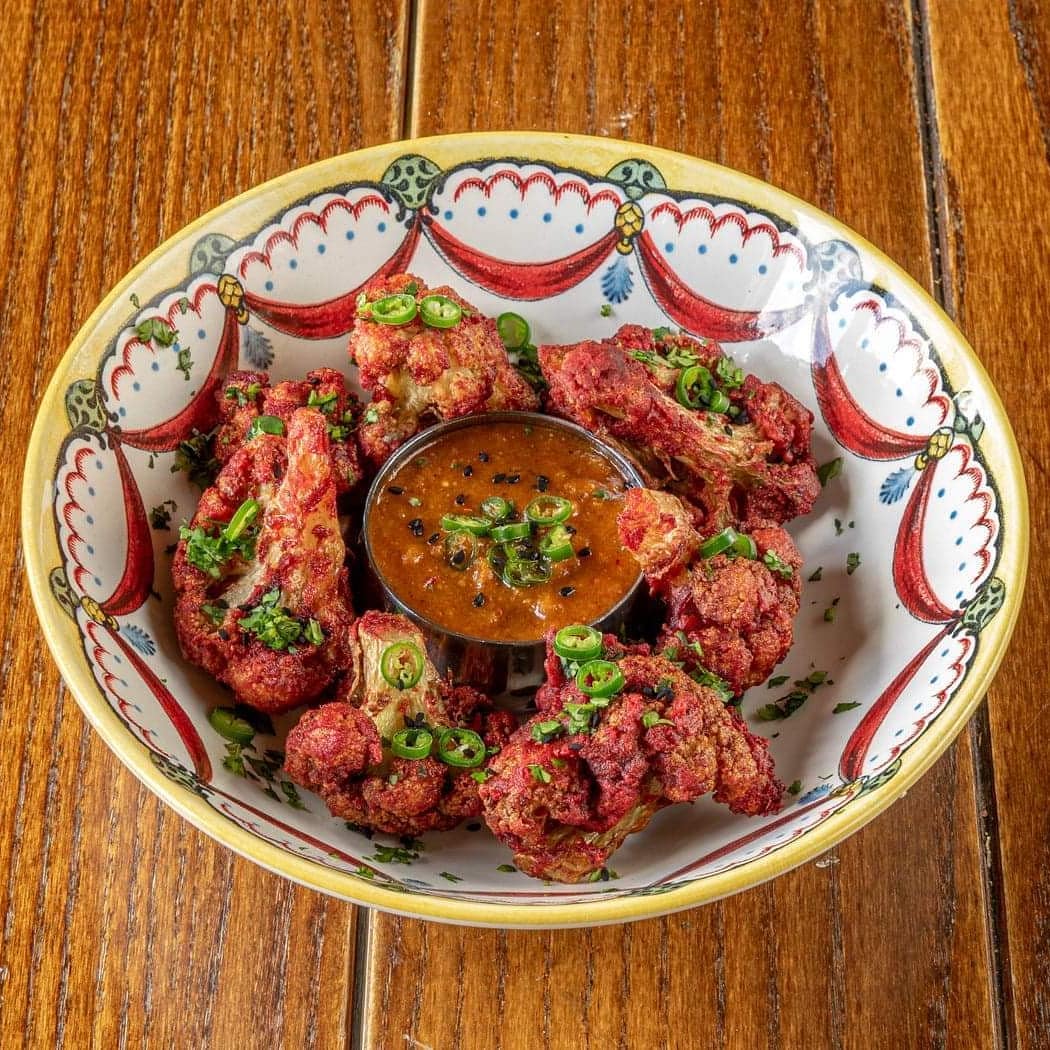 There are loads of great sides and accompaniments to the food, too, including homemade bhajis and pakoras, naan breads and crispy cauliflower wings. They’ve also got a section of the menu dedicated to the perfect pint pairing, chips!!

You can spice up your triple cooked chunky chips with a whole range of flavours, including green chutney, pakora sauce, garlic mayo and crispy onions, with this particular dish taking its name from Primal Scream’s 90s hit ‘Loaded’. They’ve also got their own take on the Northern classic, chips and gravy. This time the chips are snuggly wrapped in a fluffy naan bread and topped with lashings of gravy. So, so good.

At the minute, it’s just Max and Joe running the gaff, coming up with the dishes, cooking the food and pondering over which musical pun they’ll be debuting next, but the hope is to soon get others involved in their venture and one day have a place of their own. 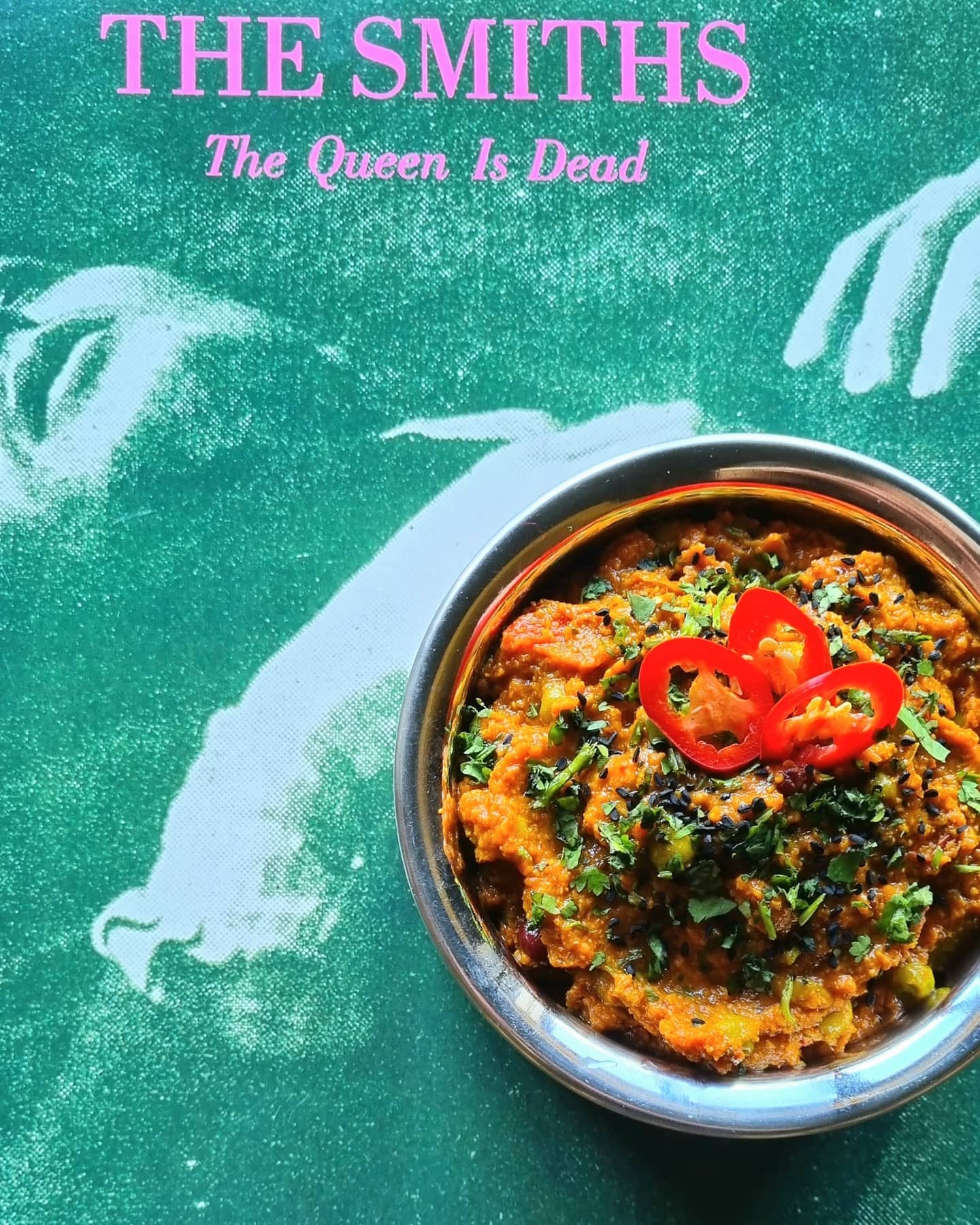 “We’d absolutely love to expand the team, it’d be good to just take some time off making bread! That’s the plan for the future, anyway. Hopefully one day we’ll have our own restaurant, but, for now, we’re focusing on our residency at Deaf Institute and seeing where we can go with our menu!” Max concluded.

With food as spectacular as this, The Charming Naan is beginning to make a big name for itself on the vegan street food scene. Max and Joe have combined their love of food, music and northern culture to make sure you’ll no longer be miserable once you’ve tried their dishes.

In the words of Morrissey himself (kind of), STOP ME if you think that I’ve eaten too much pakor(a). Actually no, please don’t.

Want to Get Started in Street Food? This FREE Workshop is for you!