The 100 Year Old Secret Sauce from the Streets of Accrington that's INSANE on your Fish & Chips!

Lancashire Sauce should be the next thing on your shopping list... 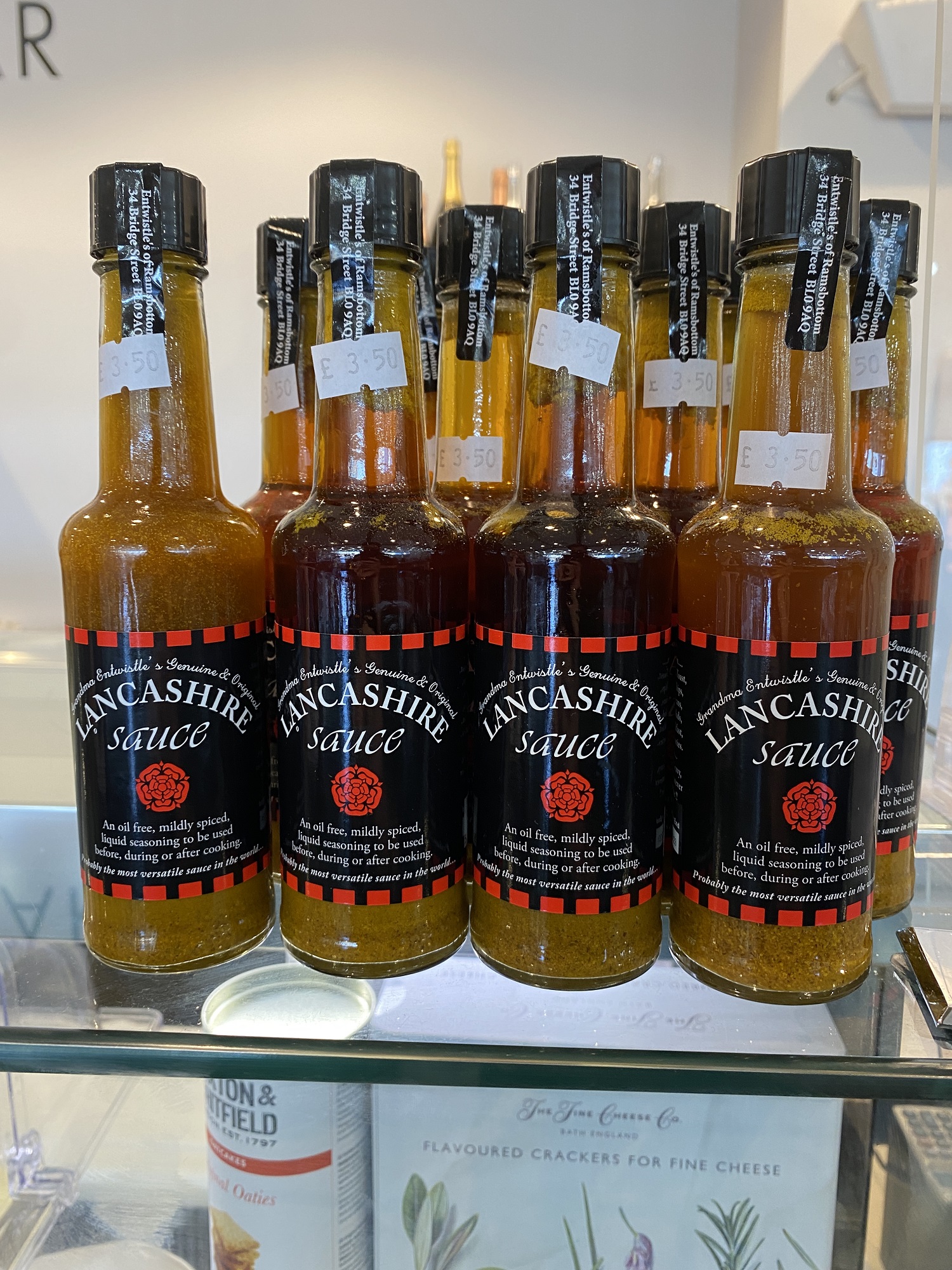 I have no shame in admitting that I never knew this. Apparently back in the day, the ports of Lancashire were awash with a dazzling array of imported spices from all over the world, a factor which changed the region’s food heritage and dishes forever.

A list of dishes from the region reads like an obscure, random collection of cuisines, influences and at times, some really bloody weird stuff. 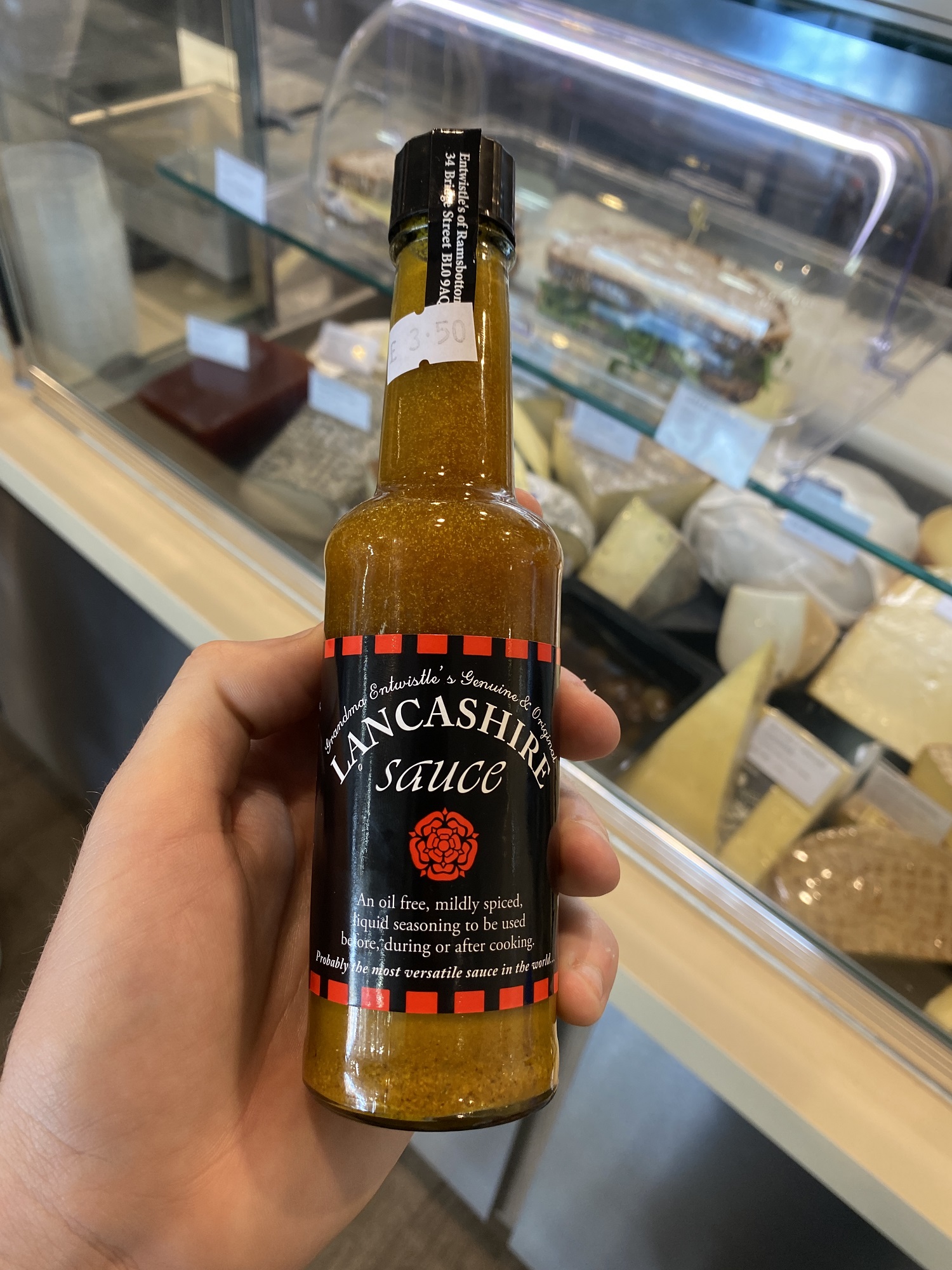 Once you get past the world-famous Lancashire Hot Pot and Black Pudding, you’ll find “Stew & Hard” a dish of beef and cowheel served with a dried oakcake, “Frumenty” a spicy, sweet medieval porridge and “Throdkins” a traditional breakfast from the Fylde where oatmeal dough is mixed with pig fat and then baked and served with well-buttered and peppered onions.

One thing that most of these dishes have in common is the use of often rather exotic or unusual spices which would have been hard-to-find in most places back in the 18th and 19th Centuries, but due to Lancashire’s ports and links to the world – could be found in the shops and markets of the area.

It’s from this heritage that one woman from Accrington set about creating her very own table sauce, one which has risen in popularity over the past couple of years, could very well be ‘the next big thing’ in food, and should certainly be on your shopping list next time you venture out of the house for some grub.

Over the years there have been numerous sauces produced in the region with the name ‘Lancashire Sauce‘, many dating all the way back to the middle of the 1800’s.

There was Parkinson of Blackburn’s ‘East Lancashire Sauce’ in the 1890’s and a particularly pungent variation from Liverpool in the 1850’s called Broome’s Lancashire Sauce which was designed for “enriching gravies, soups, curries, hashes… and every description of game, boiled and fried fish, fowls, beef steaks, chops, cutlets and more.” 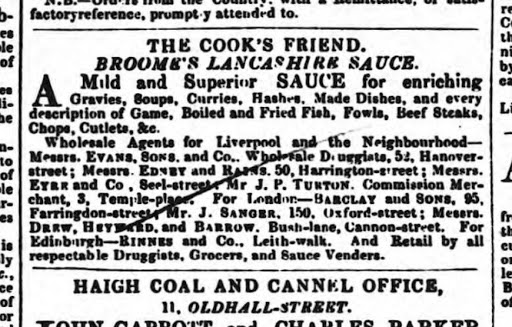 The Lancashire Sauce that you’ll find on the shelves today though comes from the streets of Accrington and is now made by the Entwistles of Ramsbottom. Grandma Mary Elizabeth Entwistle started making it in the kitchen of her terraced house in the early 20th Century, keeping the recipe secret and within the family only.

When she passed away back in 1977, her son continued making the sauce for family and home use only, until great-grandson David decided to revive and sell her recipe to the rest of us back in 2005. Since then they’ve sold thousands and thousands of bottles of the stuff and it’s become known throughout the land as “probably the most versatile sauce in the world…” 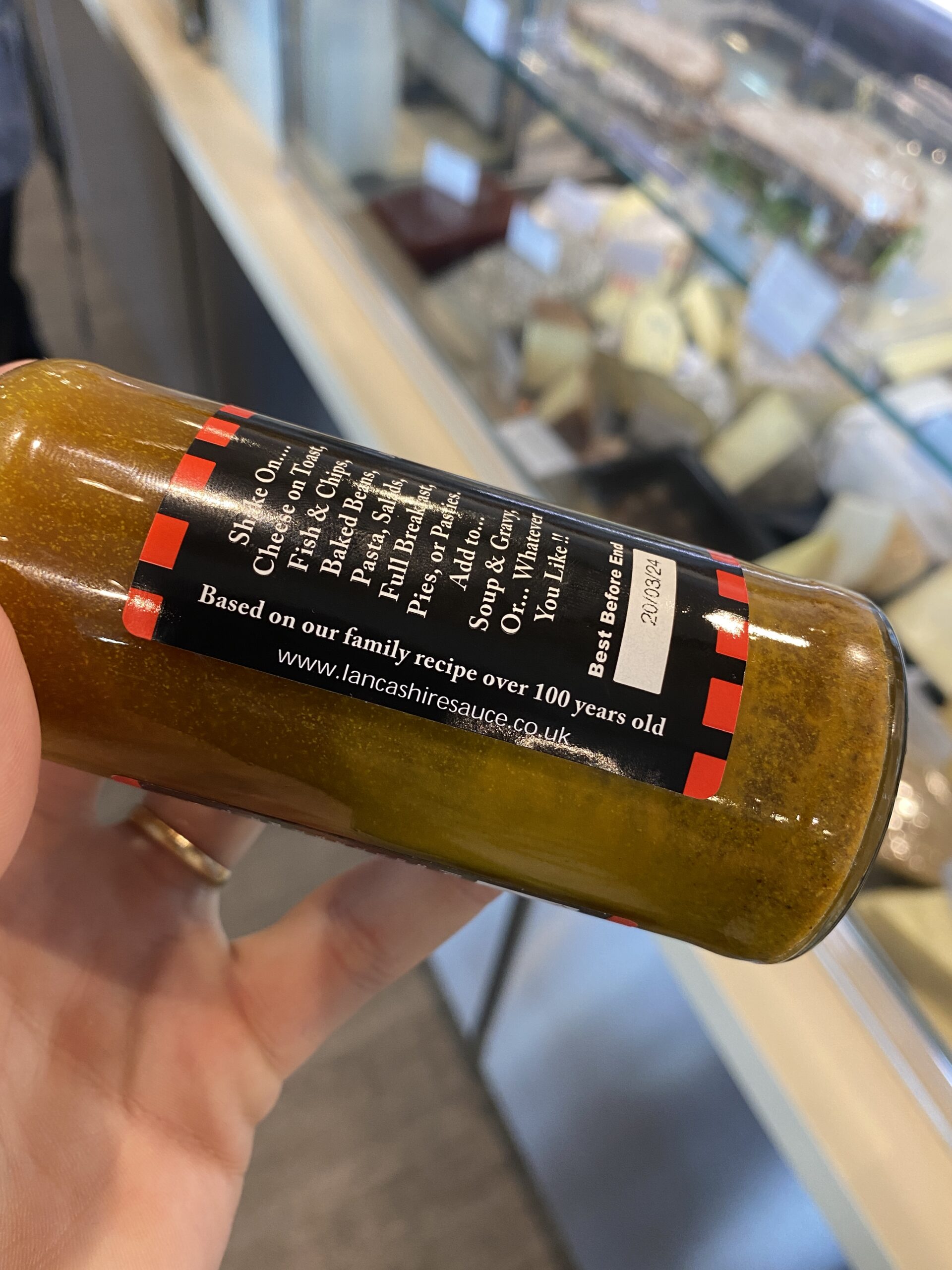 But what even is it?! Well, it’s an oil-free, mildly spicy liquid seasoning, which you would use the same way as you would salt, pepper or vinegar. It’s unique two-tone appearance comes from the fact that they don’t use any emulsifiers – meaning you should give it a vigorous shake before throwing it on your chips.

This stuff is actually, as they claim, very versatile indeed. You can throw it into soups, gravy, baked beans, pasta and salads, or you can shake it out onto your Full English Brekkie, on a pie, on top of your Cheese & Toast or best of all – on your Fish & Chips for a spicy, tangy revelation in your mouth. 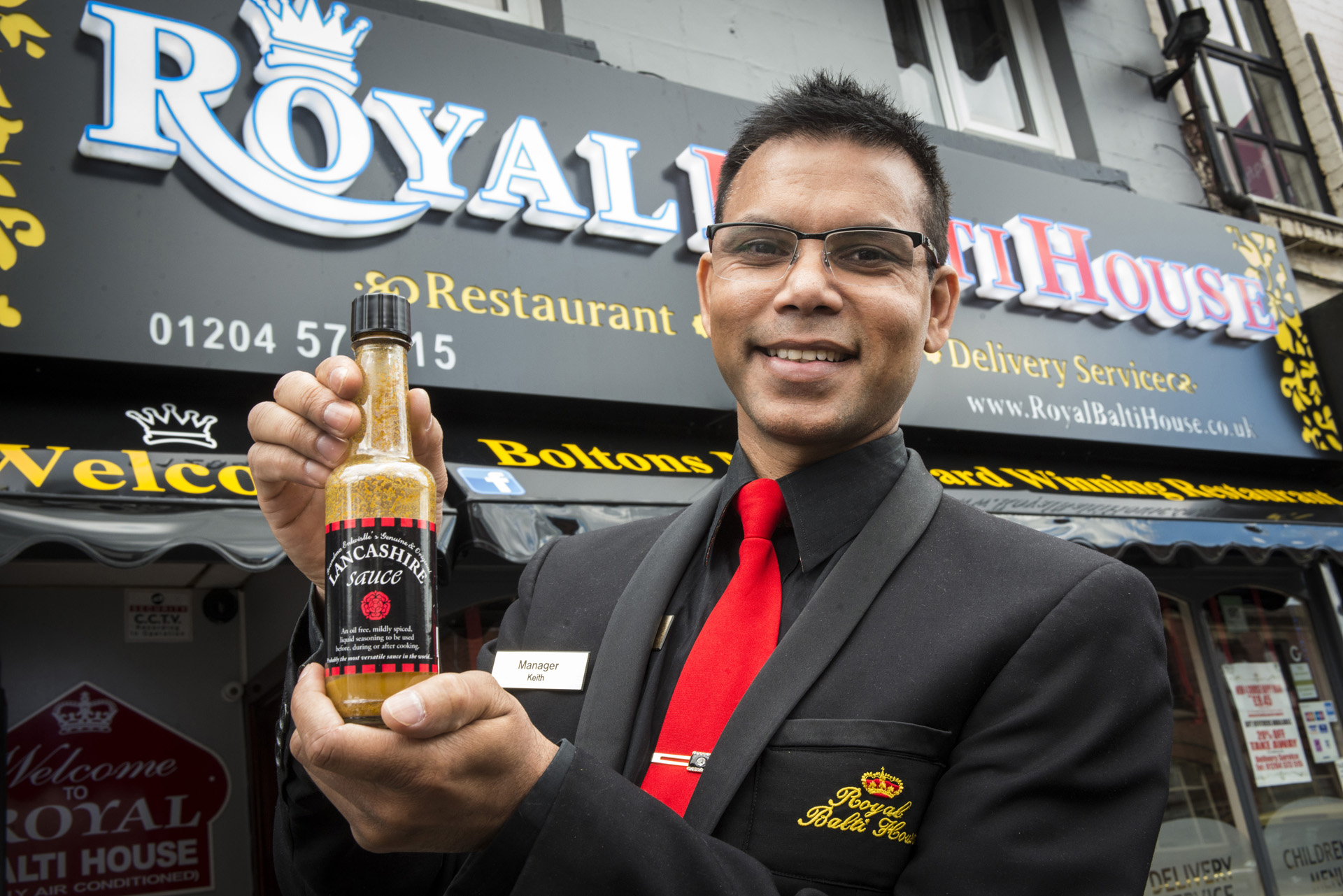 The versatility of the sauce is such that some bright spark in Bolton has even used it to create a ‘Lancashire Curry’ using the condiment. Yep, chef Anwar Hossein at The Royal Balti House in Farnworth created the ‘Bolti’, a spicier, more tangy and aromatic curry with one key ingredient – Lancashire Sauce (obviously).

The 100 year old recipe is still a close-kept family secret, but you’ll now find bottles of Lancashire Sauce all over the place, including the excellent Deli on the Second Floor of Harvey Nichols in the city centre.

So get yourself over there, grab a bottle and then head to one of your favourite fish and chip shops for the ultimate Chippy Tea imaginable. Trust me – once you’ve had it – you’ll never want to go to a chippy again without a bottle in your pocket.

You can now get a Lobster Brioche Doughnut in Manchester (for one week only)!