The entertainment capital of the north, Belle Vue, had in excess of 2 million visitors a year in its hay day... 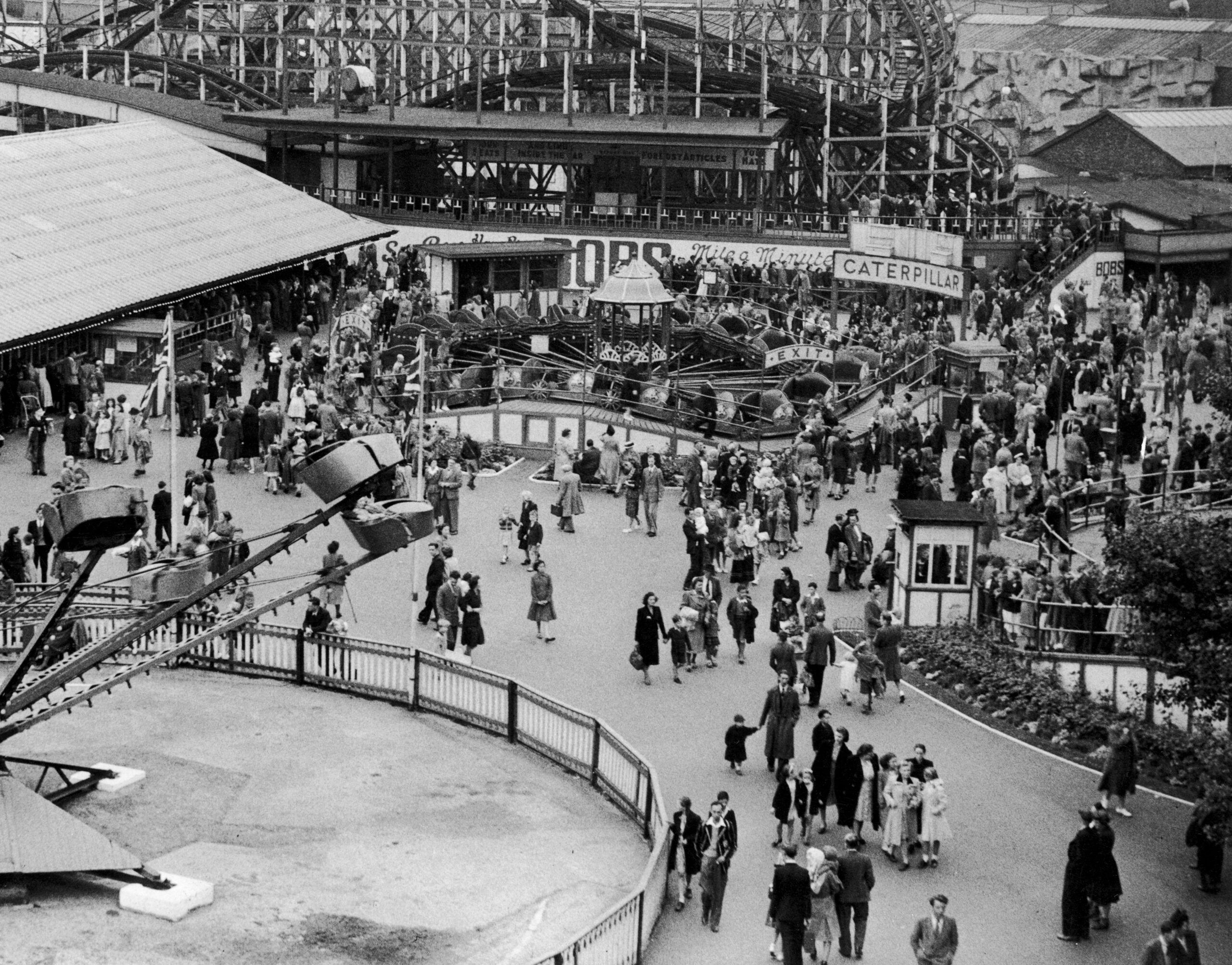 For over 150 years, Belle Vue was the entertainment capital of the north. What started as a zoological centre developed into a place of funfairs, live music, spectator sports, racing greyhounds and the place to get a cracking pie and pint in the city.

The attraction is famous for its innovations, including being home to the first greyhound meeting in the UK, the first speedway, the country’s largest bingo club and the first venue David Cassidy played.

In its hay day, Belle Vue had in excess of 2 million visitors a year and most Manc’s have amazing memories of the place, despite very little remaining of the site now. 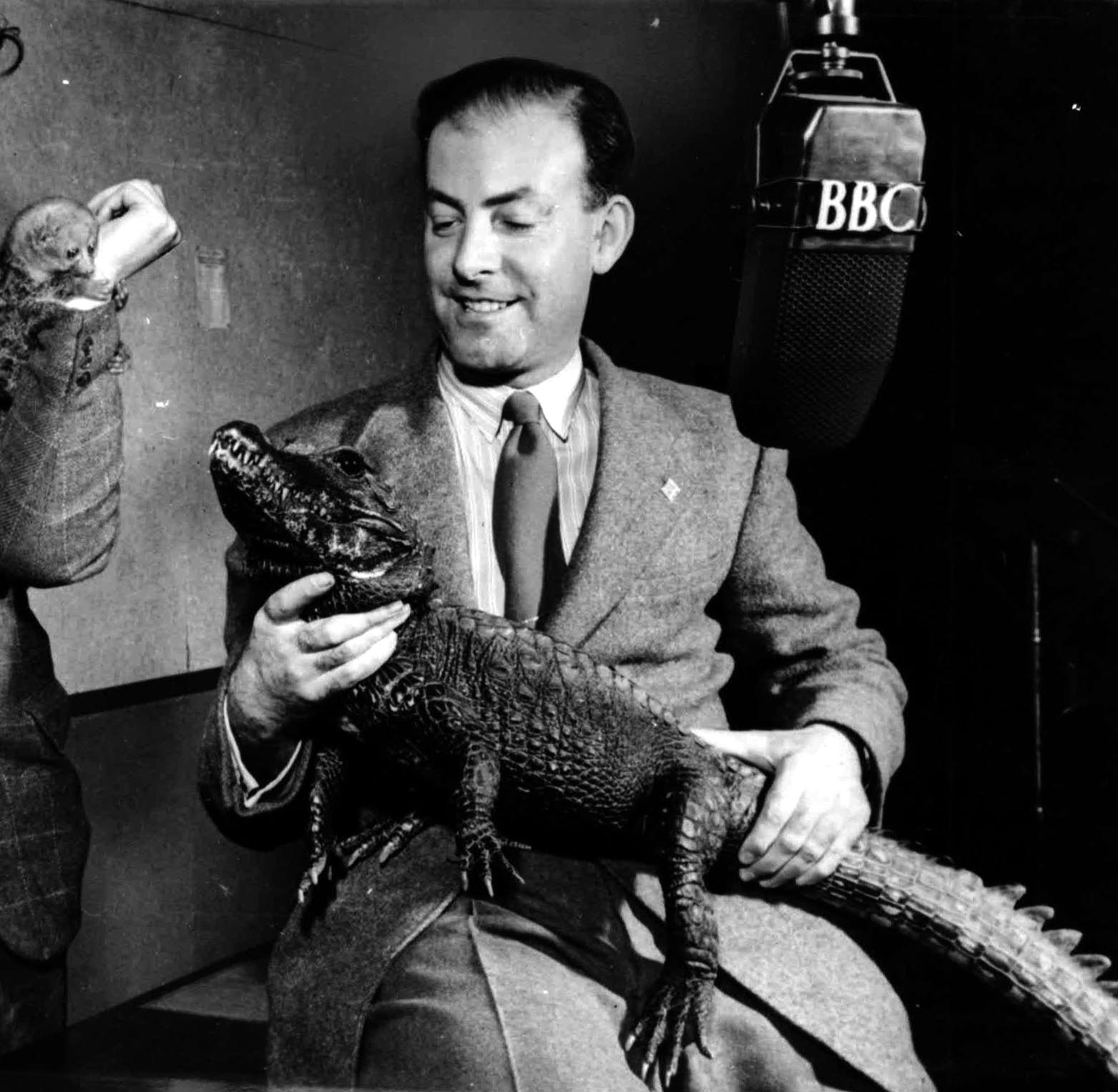 Belle Vue began as a zoo when John Jennison, a former silk weaver, inherited his family house in Stockport.

John and his wife’s original idea began as a Sunday afternoon project selling garden produce. They ended up adding a small aviary, a brewhouse and started charging a small admission fee.

The business went from strength to strength and eventually needed a bigger site. In comes, Belle Vue and so starts the tale of one of Britain’s greatest visitor parks. 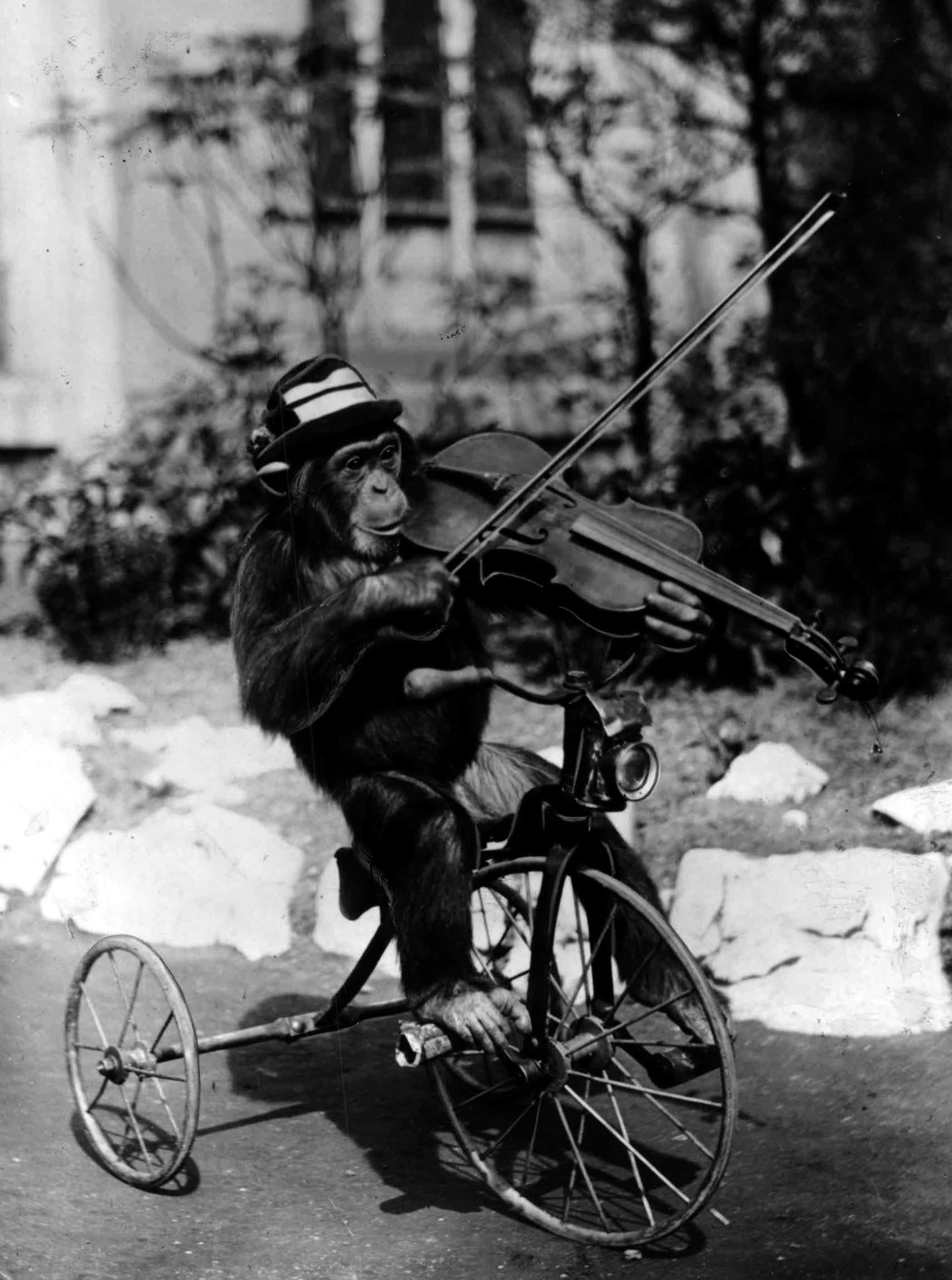 By the mid-1840s, Belle Vue included a garden, some zoological exhibits such as monkeys and bears and a small lake, complete with a small island initially home to a natural history museum.

The first spectacular show in the mid-1850s, The Bombardment of Algiers, used actors who were unemployed local men, paying them in a frosty pint and warm pie.

A good few decades of steady business went by before Jennison’s death in 1867. His family continued his vision and by the end of the nineteenth century, Belle Vue was Manchester’s premier attraction. 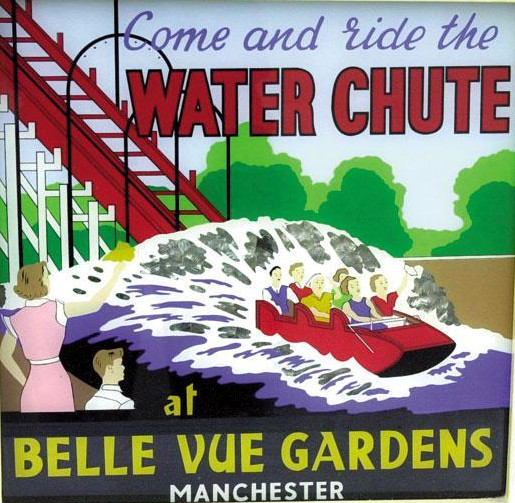 After John’s death, Belle Vue was sold to a number of new owners, first John Henry Iles in1925 who introduced the big-ticket ideas of an amusement park.

Pulling in crowds was Iles biggest skill, from greyhound racing to building the first speedway, creating an entire stadium for the new spectator sport.

The stadium was used for pretty much everything, from football to political rallies and tennis tournaments.

Fast forward to 1936 and it was time to celebrate 100 years. A new floral clock with a statue of the Buddha was the way to celebrate. They also opened Monkey Mountain a new open-air exhibit that was prone to escaping Gibbons. 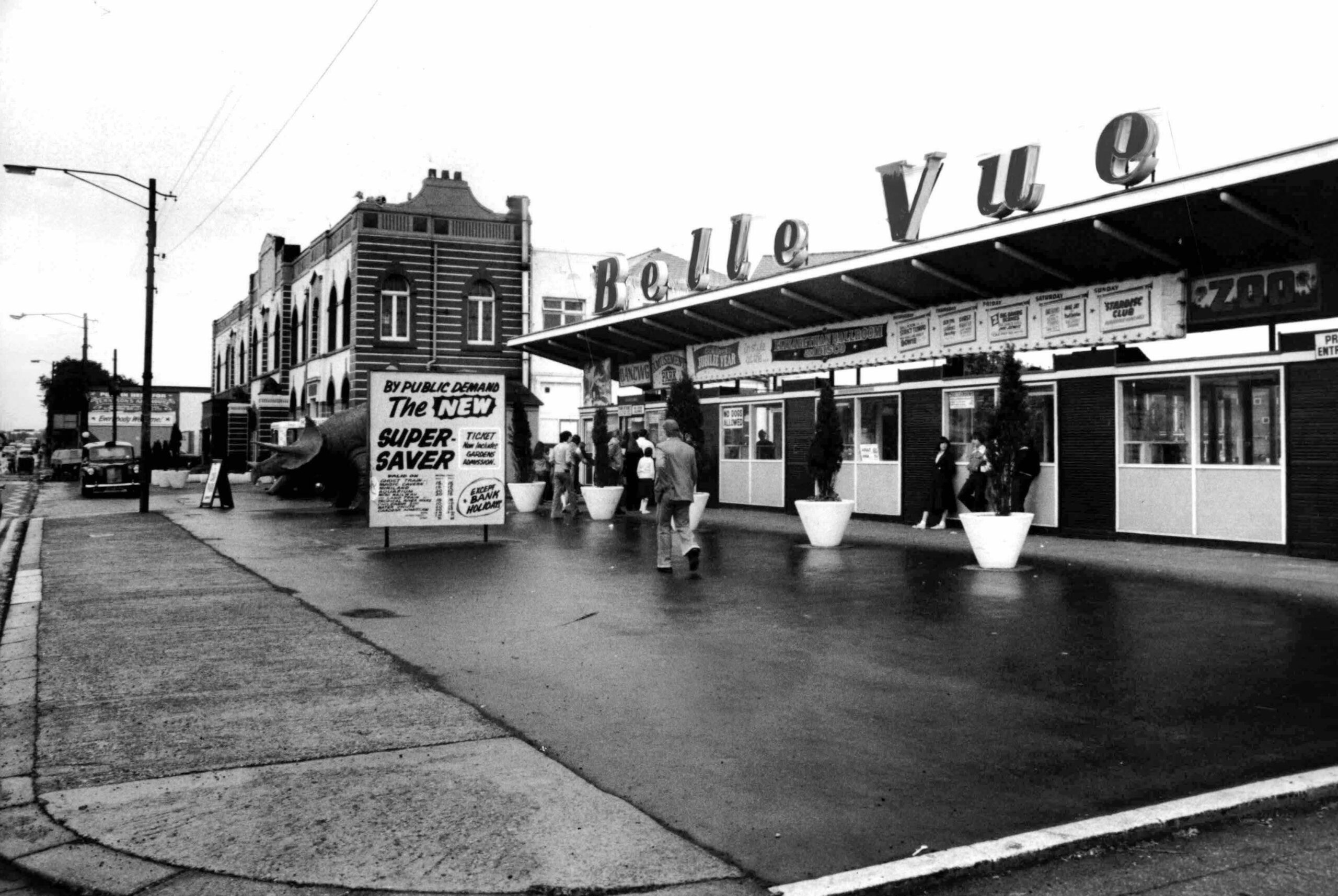 The war proved a difficult time for Belle Vue, wiping out some of the zoo’s animals that were dependent on food from overseas. An entire collection of tropical fish died, the zoo’s penguins were wiped out and the sea lions died from stomach ulcers after being fed the wrong diet.

Anti-aircraft rounds damaged the Reptile house and Gracie the Hippo was killed due to injuries inflicted by a fellow hippo, Tony. With better hearing than humans, many of the animals were left distressed and anxious due to the war.

After the war, Belle Vue attracted a quarter of a million people each weekend but the exciting post-war boom didn’t last long. 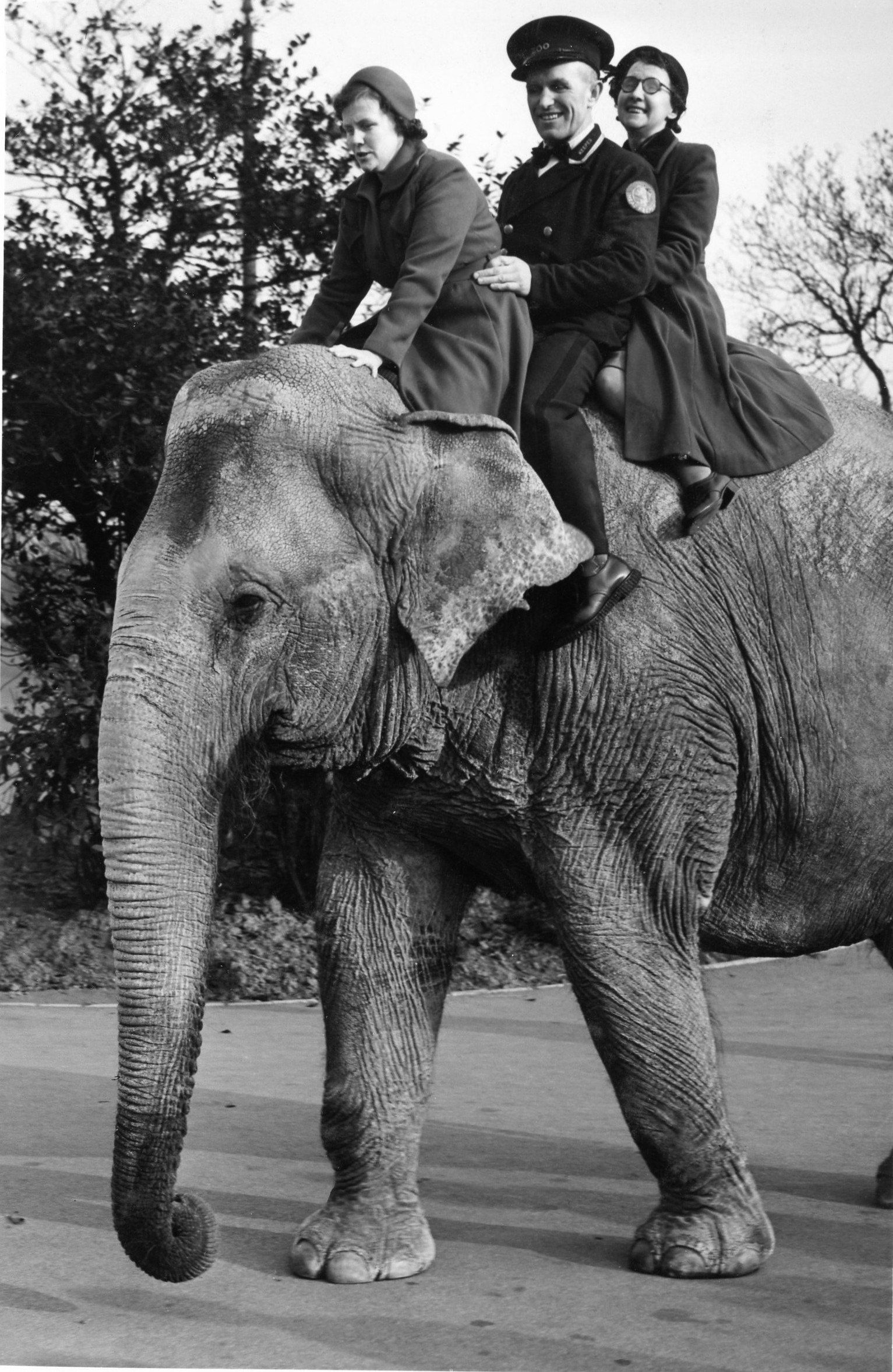 A man with a wealth of experience in the amusement business, Leslie brought along all his contacts and the redevelopment began.

Cash was thrown at new catering services, bringing huge banquet of then pretty exotic foods. Plus they also made a miniature railway. 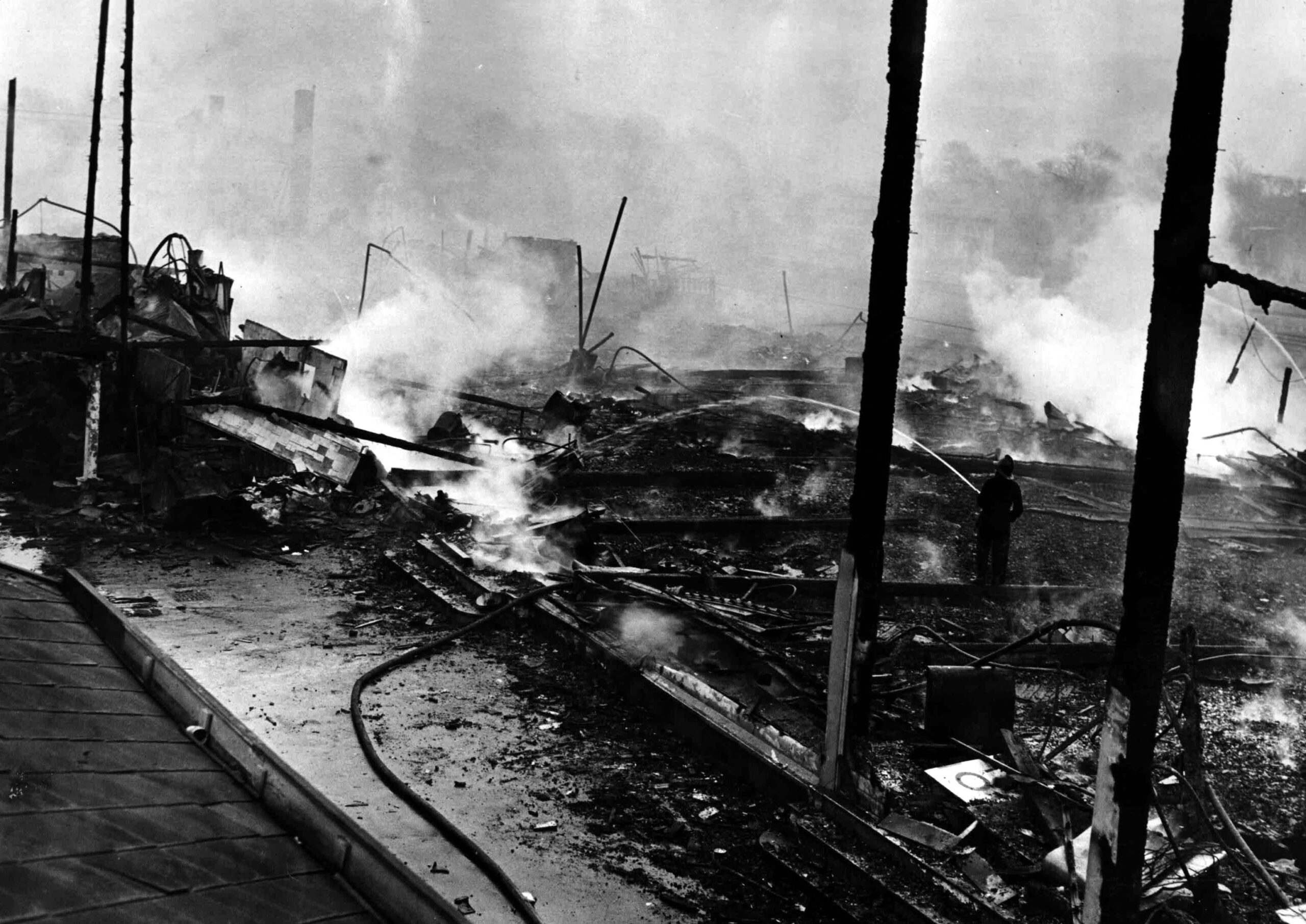 But unfortunately, that wasn’t the end of the traumatic events for Belle Vue, in 1958 the park suffered a huge fire, destroying pretty much everything. Luckily, many of the animals were saved.

Belle Vue sort of slugged on for the next few decades until it was sold again to Charles Forte but the park suffered yet another fire and pretty much never recovered from the financial ruin. 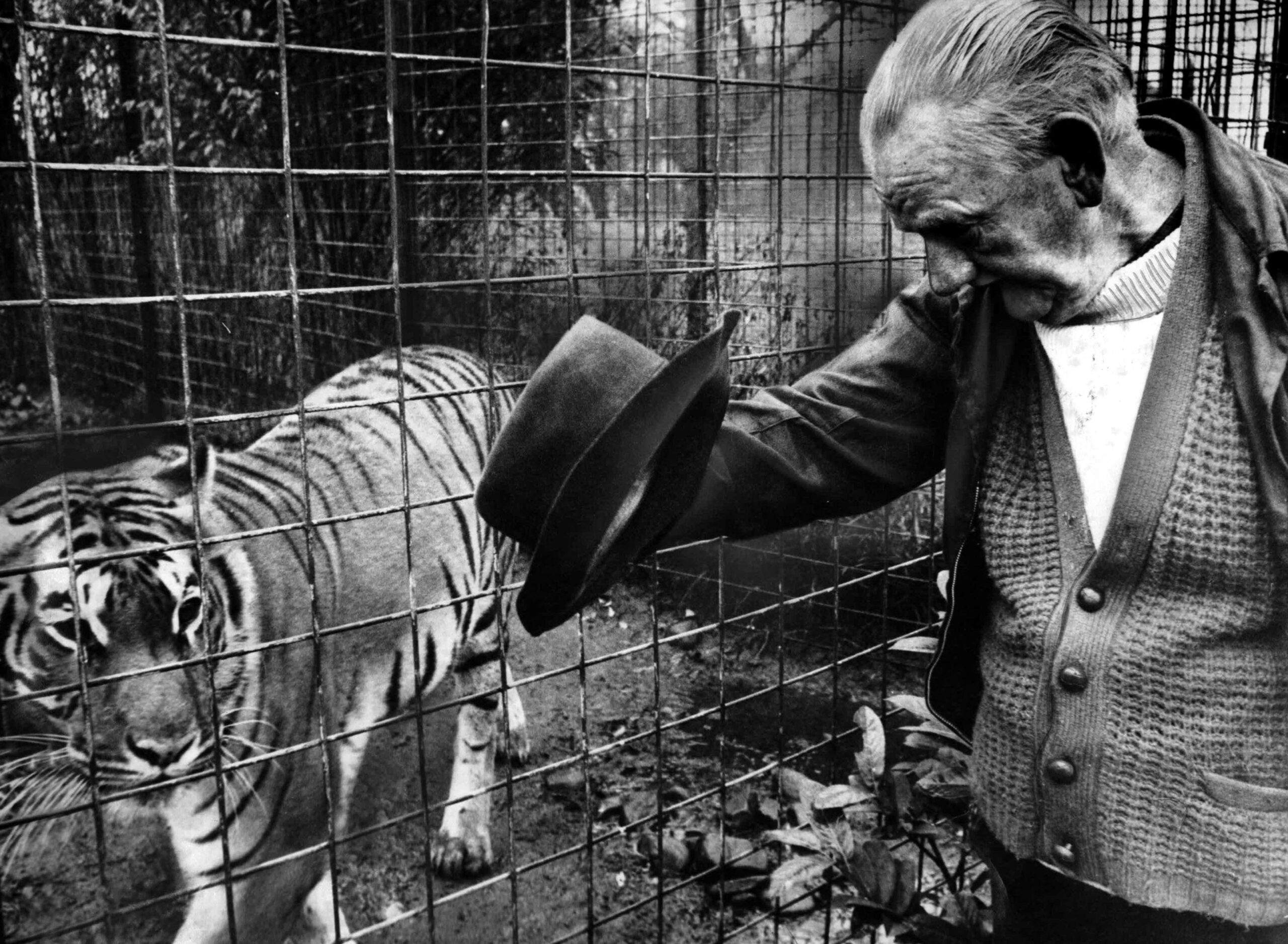 The zoo closed in 1977 finding homes for almost all of the animals. The last music event was staged in 1982 and the gates to Belle Vue eventually closed for the last time in the late 80s.

You can find out more about the history of Belle Vue from iNostalgia, who’ve created an entire ebook on Manchester’s playground!