Ronke Jane Adelakun and her sister Adeola are using their experiences to blaze a fashionable trail. 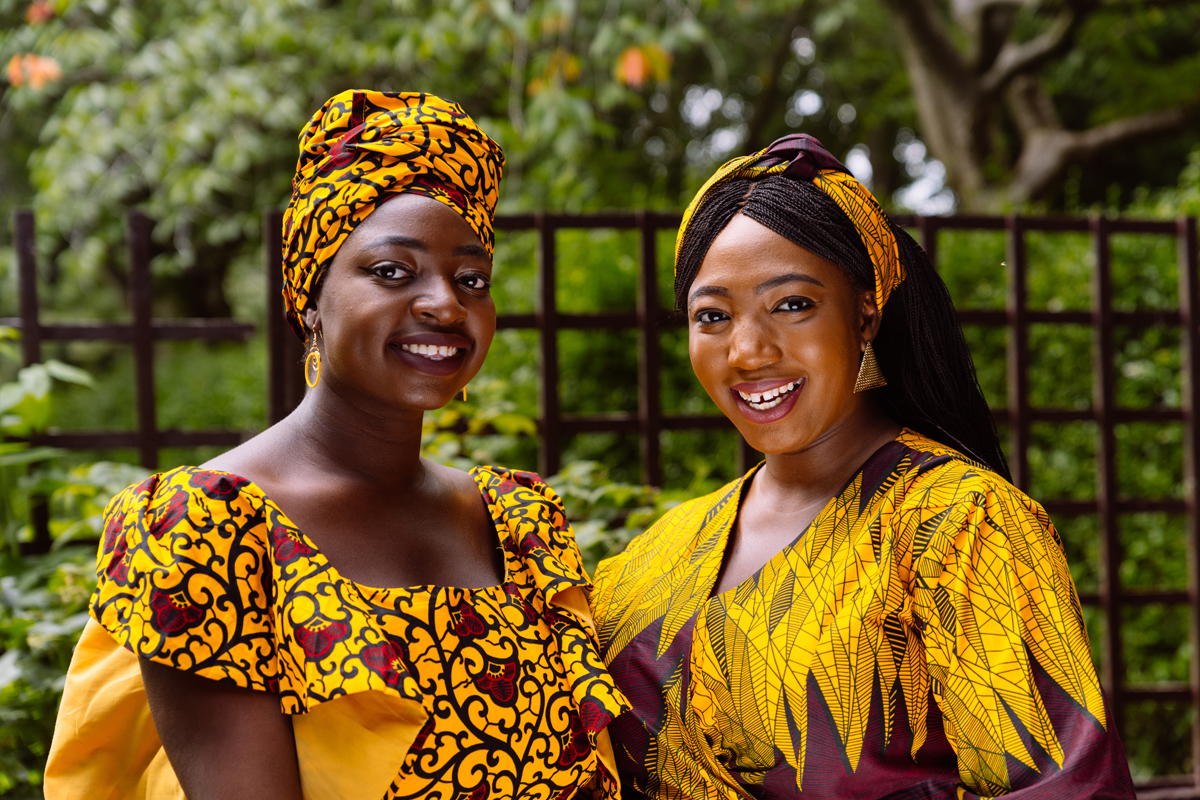 Cultureville is a labour (and label) of love. Born in Nigeria but raised in Manchester since she was nine years old, Cultureville’s co-founder Ronke Jane Adelakun’s experiences of racism started at a very young age.

During her first day at primary school, she was asked whether she spoke English, despite it being her first language. Her teachers would often assume that she was academically challenged purely on the basis of her African accent.

When it came to the world of work, she had two jobs before co-founding her business, and her experiences in these roles were very different. One was racially diverse whilst the other was predominantly Caucasian. Sadly in the case of the latter, racial microaggressions came to the fore on a daily basis. 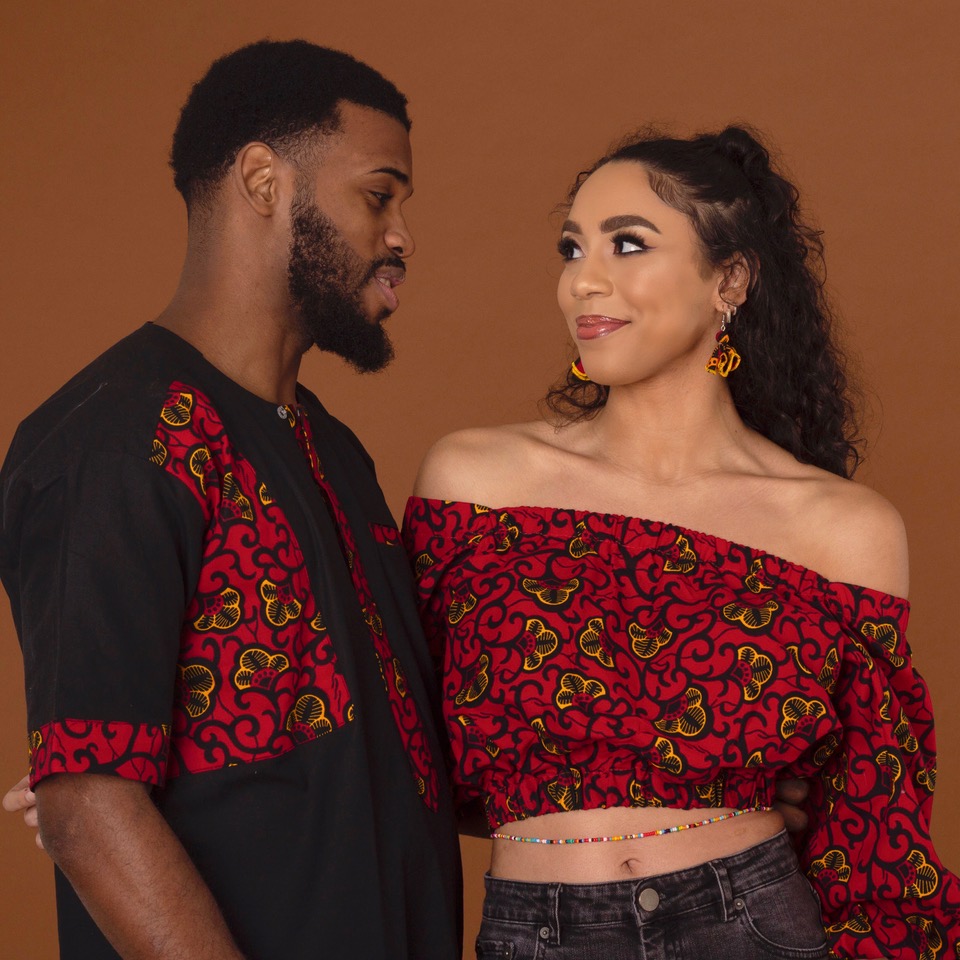 Being held to a higher standard, often having to work twice as hard with minimal recognition (something I have experienced myself) and constantly being asked by colleagues whether they could touch her hair.

However, there have been positive experiences. The richness that exists in Manchester in terms of racial diversity, meant that Ronke not only found people with similar owned experiences but she gained exposure to many different cultures. 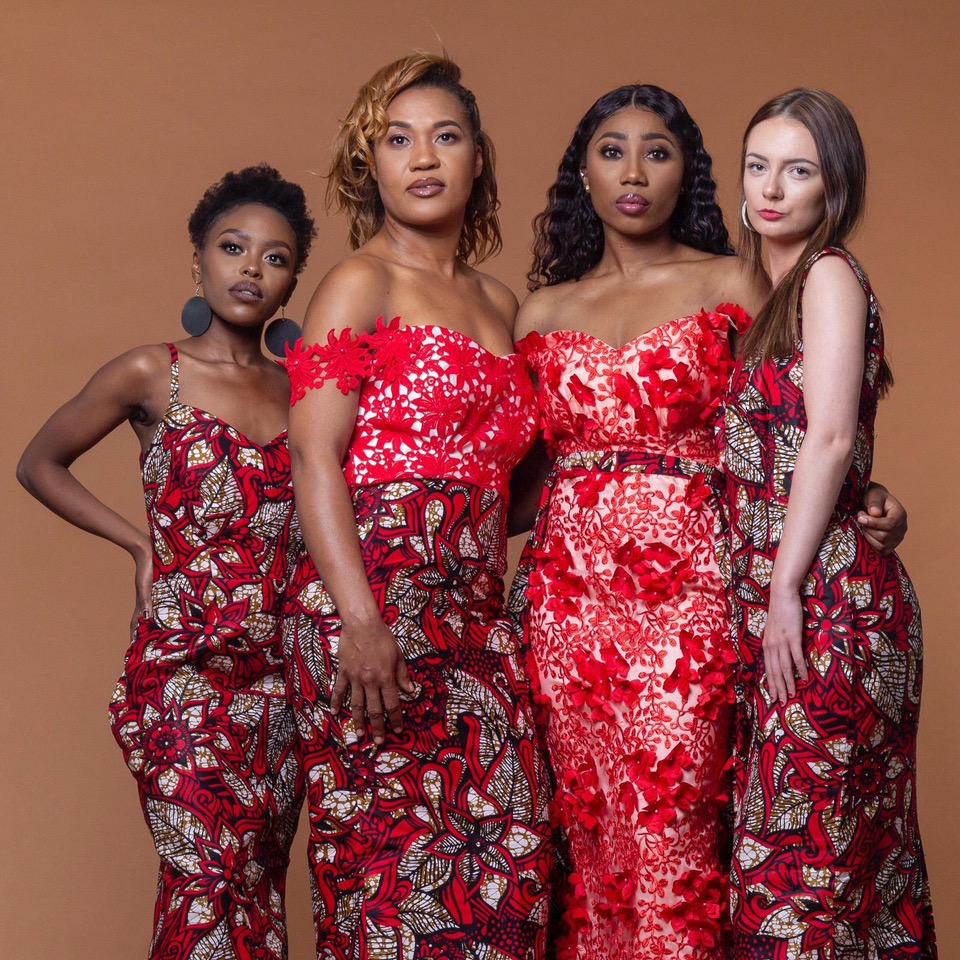 Cultureville is an African inspired fashion brand that specialises in hand-crafted clothing and accessories that feature bold African wax prints in contemporary designs. Their prints are ethically sourced from West Africa, where they work closely with local tailors, artisans and suppliers. Their production is based in Nigeria and Ghana, and is led by a female production team.

The brand was created by Ronke and her sister Adeola. Having being brought up in the UK, they longed to walk into a store and see clothes that reflected their African heritage, in stylish designs that could be seamlessly incorporated into any wardrobe. With this in mind, they designed a few dresses that put a modern twist on traditional African prints and listed them on Depop. The response was so overwhelmingly positive they they created an entire collection which was then sold worldwide via their own website.

Since setting up the business, they have been awarded Greater Manchester’s Young Trader of the Year (2019). They have appeared on the BBC One Show and were the first African print brand to be represented at Manchester’s Christmas Markets. 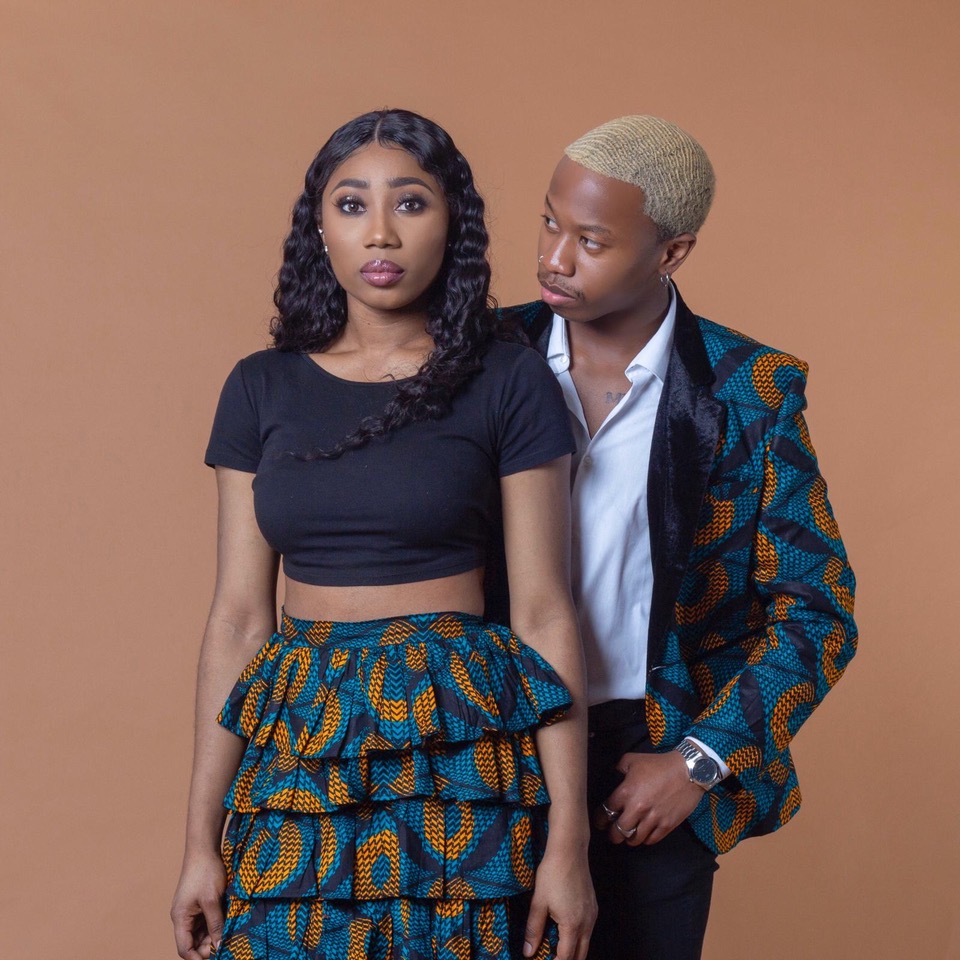 When it comes to challenges faced professionally, Ronke points out there is a distinct lack of role models/mentors in entrepreneurship (it’s important to note that there are currently no Black leaders in a senior decision making position anywhere in Greater Manchester, despite there being a wealth of talent). Like many start-ups, Ronke and Adeola had to learn from scratch and proactively seek out people who had the relevant business experience. There has also been some resistance from larger retailers which creates an obvious barrier to success. 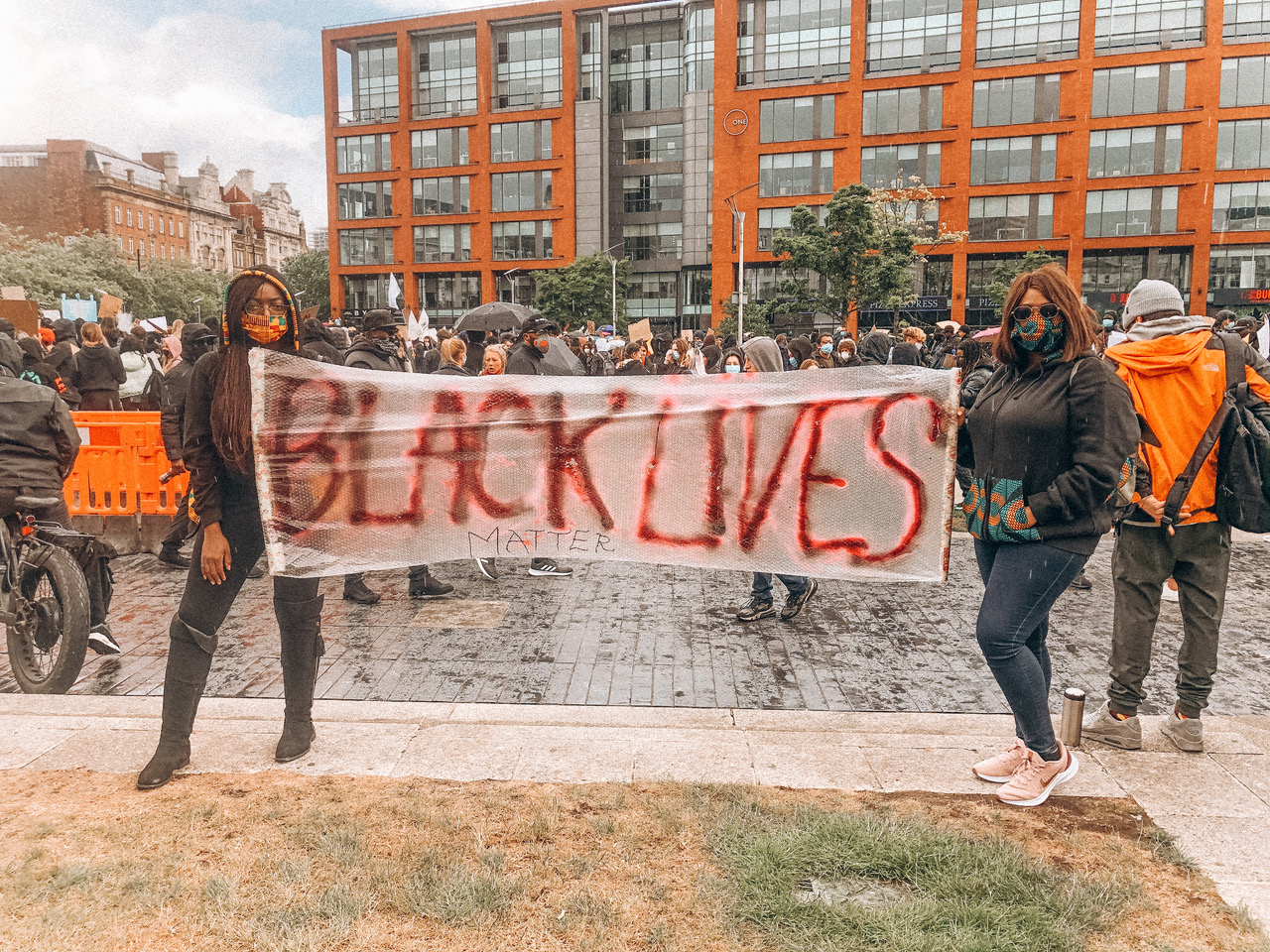 The resurgence of the Black Lives Matter movement has led to an outpouring of support for Cultureville. Feeling a responsibility to use their platform to contribute positively, they have created an initiative encouraging people to Educate, Enlighten and Engage. Through their podcast, Culturepod and using #BlackStoriesMatter they want to educate by sharing Black peoples’ experiences of discrimination so they know to speak out when they see it. They also seek to enlighten by sharing positive stories of Black people doing amazing things in the community and encourage people to engage politically by voting, signing petitions and writing to MP’s on relevant matters. 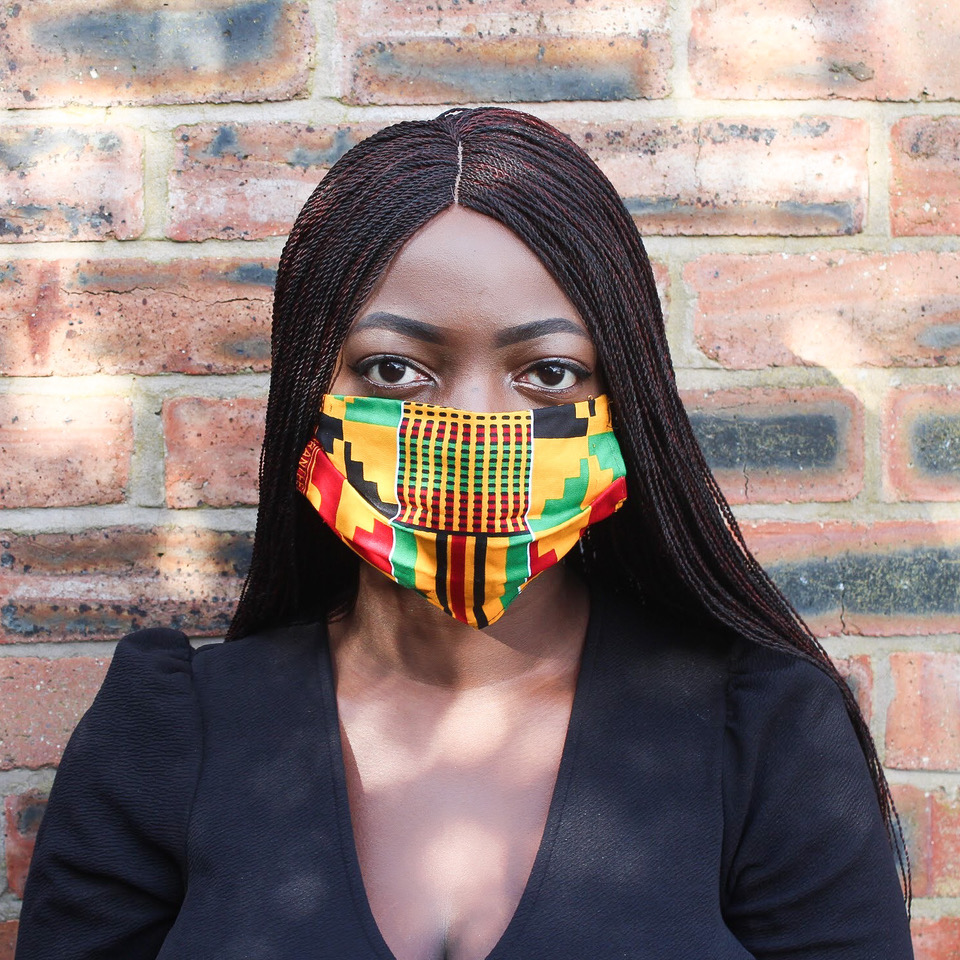 In terms of the future, Ronke shares my hope, which is to see more Black people being given opportunities at every level, particularly in leadership positions so they can remove the barriers that have previously stopped us from progressing.

More so than anything, we both want future generations to foster a culture that is anti-racist.