The Manchester's Finest Guide to: Chinatown

There have been some recent additions to this often overlooked part of town, so I think it's about time for a revisit... 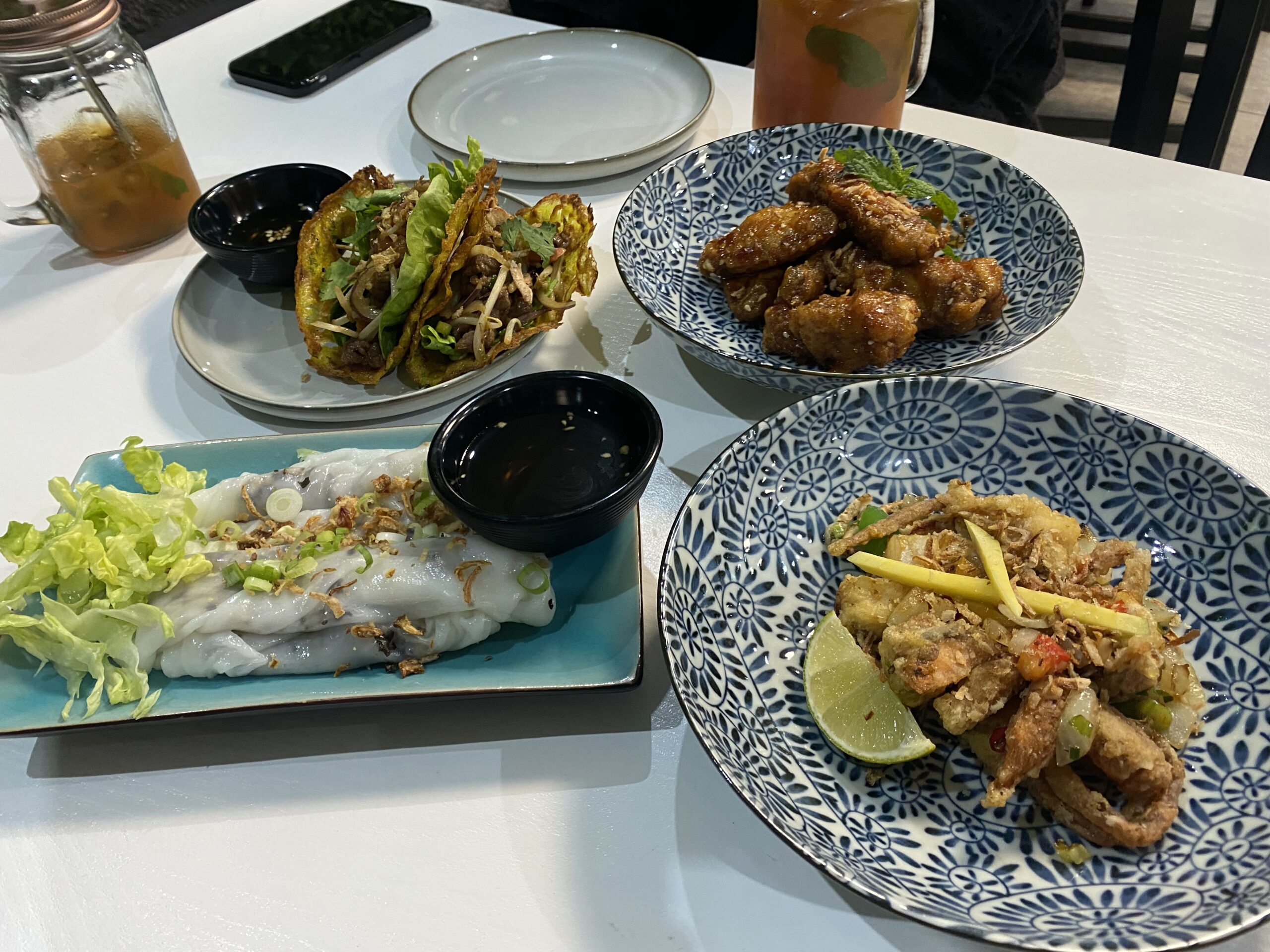 Pho Cue
A newcomer to the area, Pho Cue not only has a brilliant name, it also serves up some of the city’s best Vietnamese food, all cooked from scratch by the mother and son team in the kitchen. They’ve taken traditional Vietnamese dishes and given them a modern, contemporary spin, or the ‘Instagram factor’ as they like to call it. What you’re left with is some truly outstanding dishes and surprisingly, the best tacos in the city. 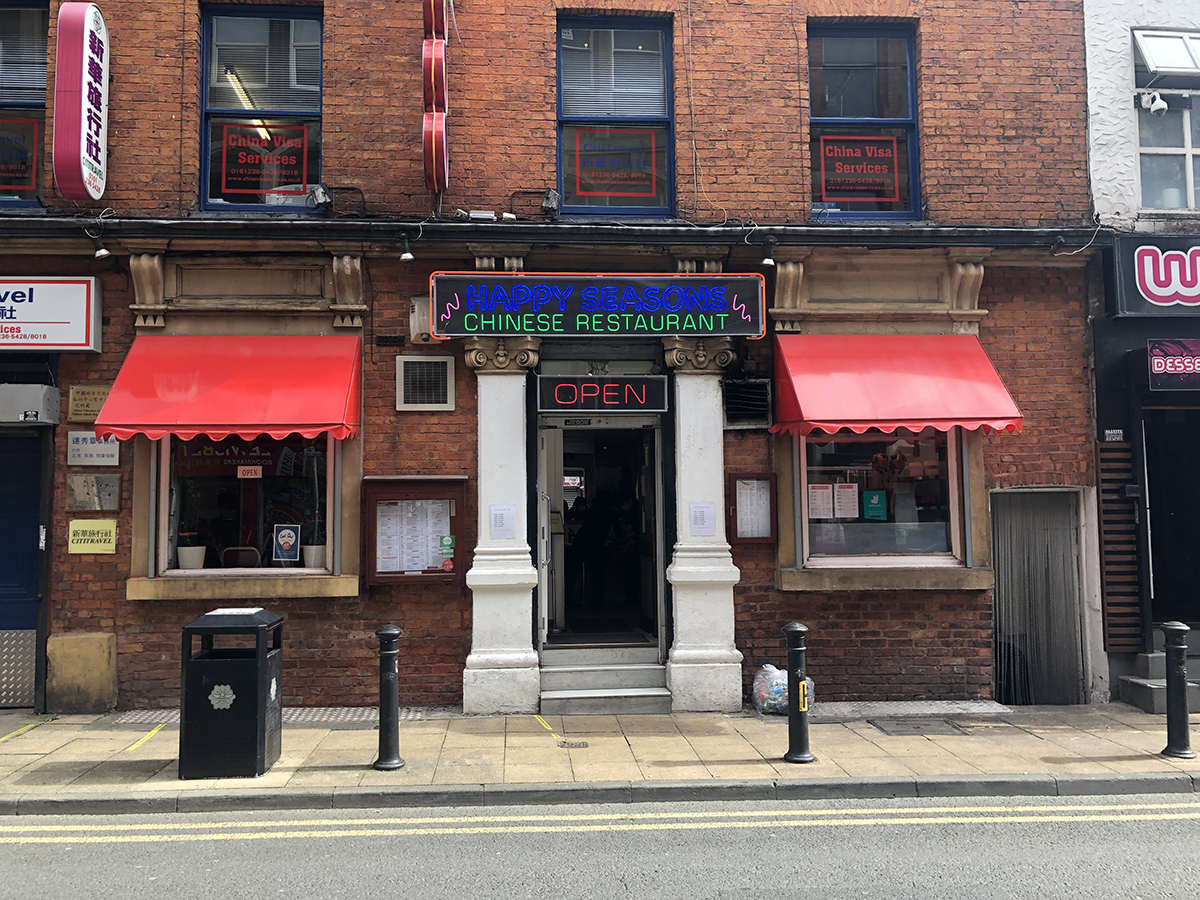 Happy Seasons
We’ve raved about Happy Seasons for a fair few years now and this place just keeps getting better and better. What was once a small, innocuous little doorway is now much larger and there’s a bunch of neon telling you where you are. Food-wise you can’t go wrong in here – it’s always excellent, service is always great and their Roast Duck is sublime. 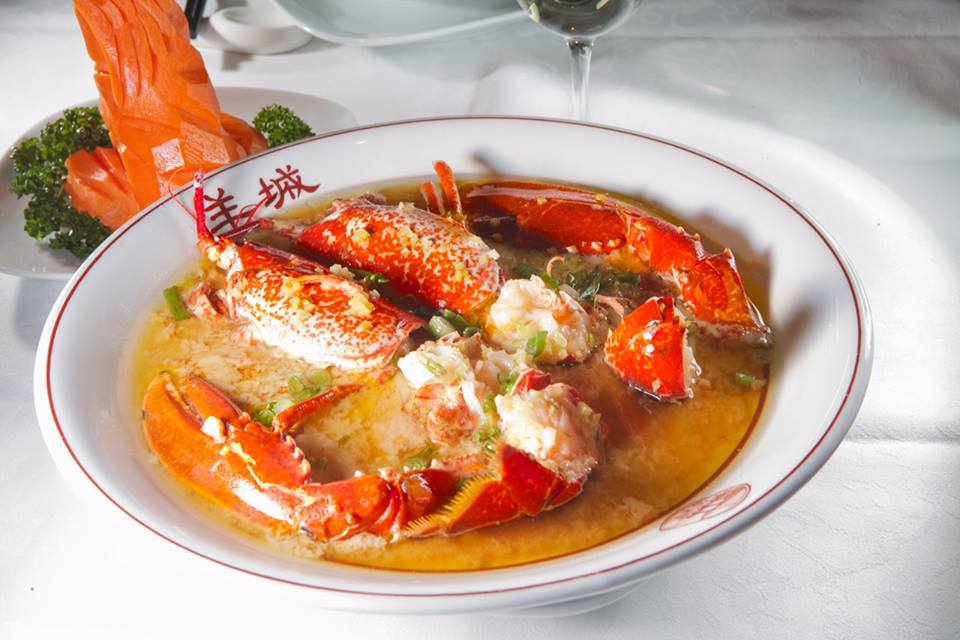 Yang Sing
An outstanding Chinese restaurant which has weathered many, many years in Chinatown with grace and panache. Yang Sing should always be pretty close to the top when deciding where to eat in the area. They offer up an impressive range of high-end dishes, as well as some truly unique and traditional Chinese offerings which you won’t find elsewhere. A Manchester institution. 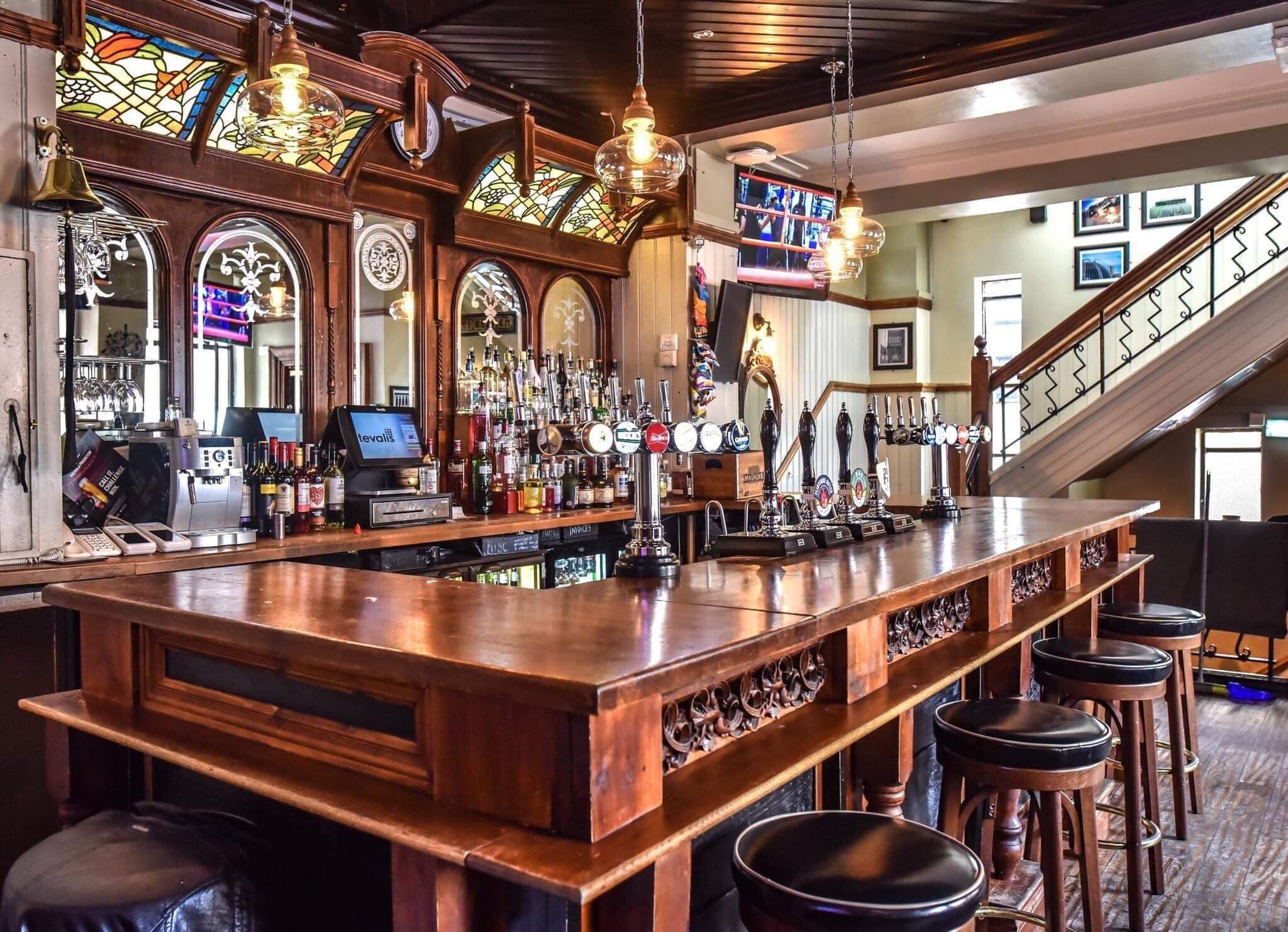 The Seven Oaks
Probably the city’s worst-kept secret, everyone knows that Seven Oaks is a fantastic little boozer during the day but in the evenings, well, it’s still a great boozer but it acts as an ‘after-hours’ venue for the city’s bar and hospitality workers. Turn up at any time in the evening, show them your payslip and you’re in – free to enjoy pints into the early hours with your fellow bar workers. 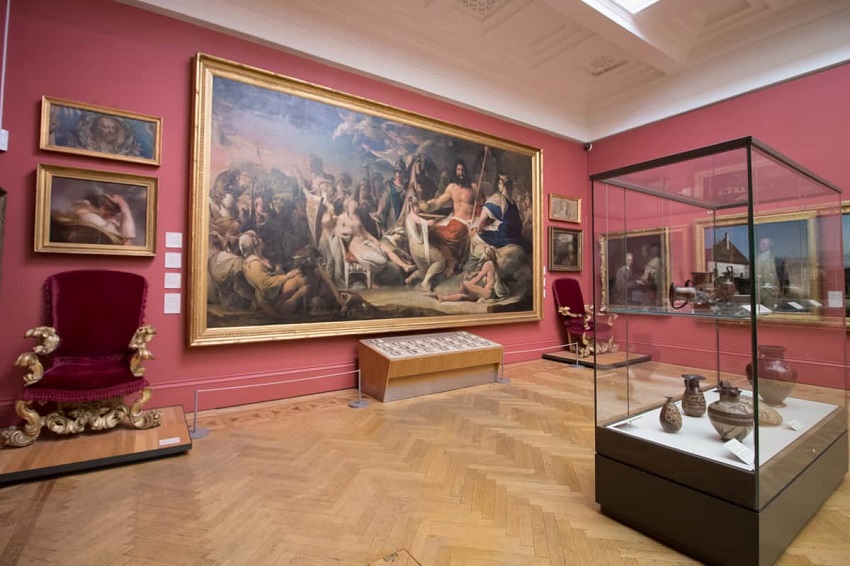 Manchester Art Gallery
Straddling the edges of Chinatown, the Manchester Art Gallery is back open once again after a prolonged closure due to COVID-19. Their doors have been flung wide and you’re now free again to explore their collections at your leisure. There’s a wealth of artists here, from many different periods of time and through many forms of expression. You can easily go and easily spend a few hours here. 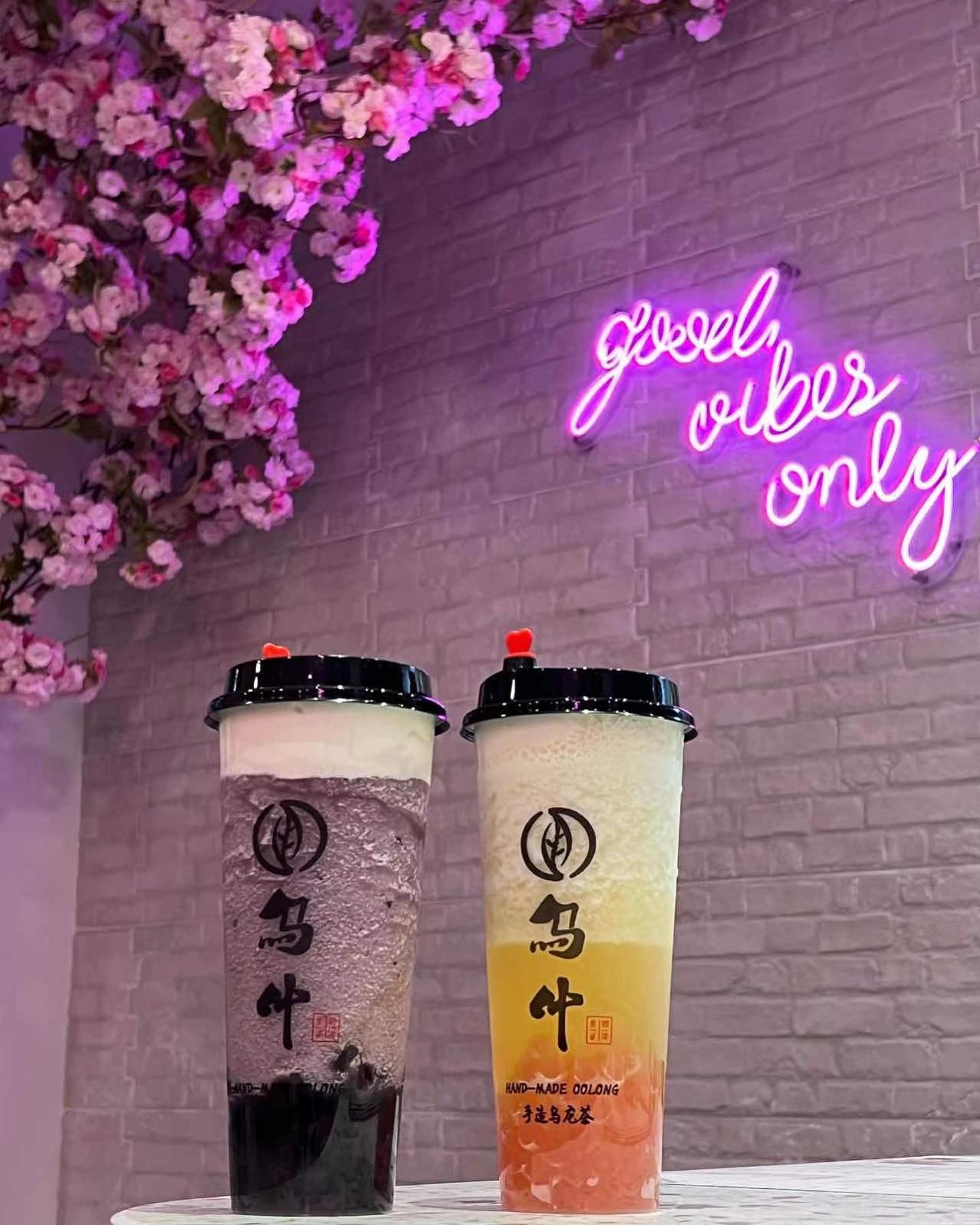 Woo Tea
Woo Tea Manchester is the only branch outside of London, and it offers an innovative menu of handmade fruit and bubble tea. The trend has grown over the past couple of years, and Woo Tea’s menu steps outside the usual norms, offering flavours such as Cherry Blossom, Kiwi Fruit and Jasmine Jelly and Roasted Oolong. 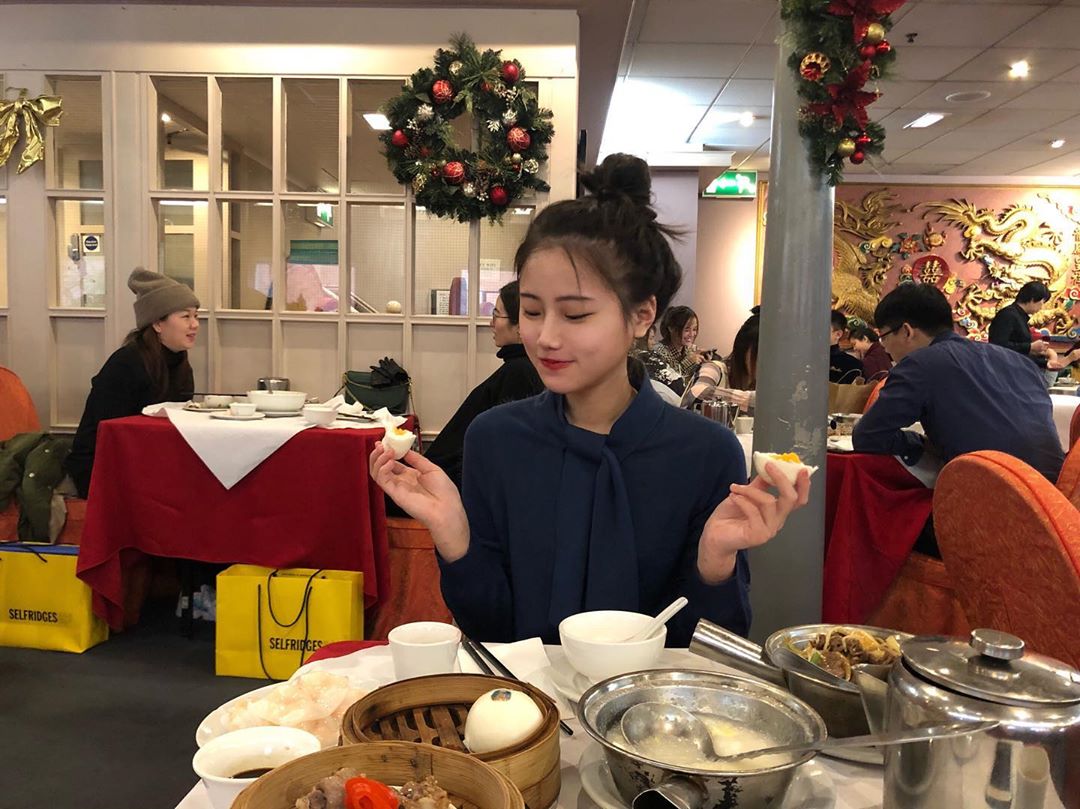 Pearl City
For late night eats in Chinatown, nothing beats Pearl City. Head on down at 1am on a Tuesday eveing and you’ll be looked after, fed and sent on your way by a team of very patient and very friendly staff. The food in here is excellent too – just try not to spill it all over yourself – some of those sauces don’t come out. Trust me – I’ve tried everything on them. 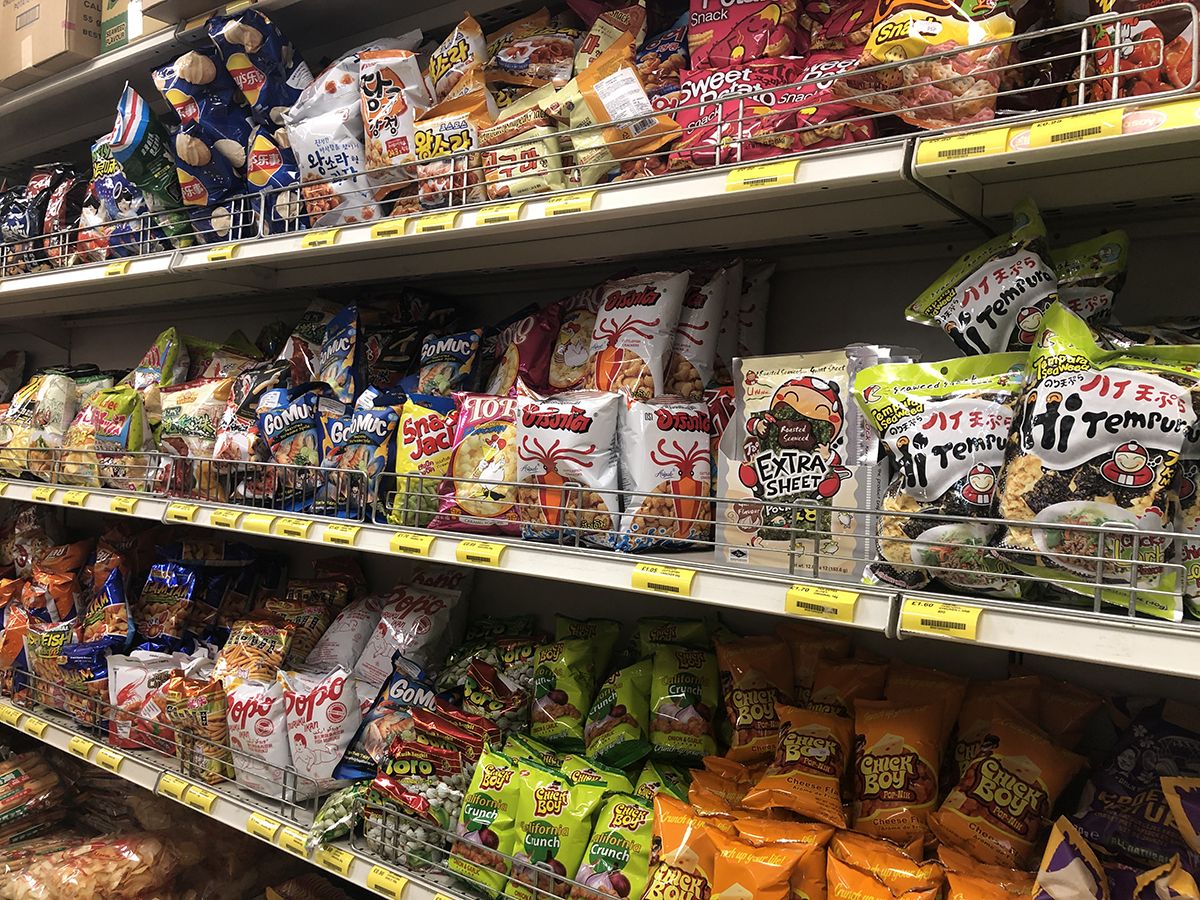 Chinese Supermarkets
There’s a couple of brilliant supermarkets dotted around the streets, where you can pretty much buy ANYTHING you can think of. Frozen little crabs for example. Or Pocky’s. Or Chinese Rice Wine which will blow your bloody head off. Or Pokemon sodas. You find something new every time you pop in, for example, I found these bottles of the rather excellent South Korean lager – CASS the other day. Well worth a sup them bad boys. 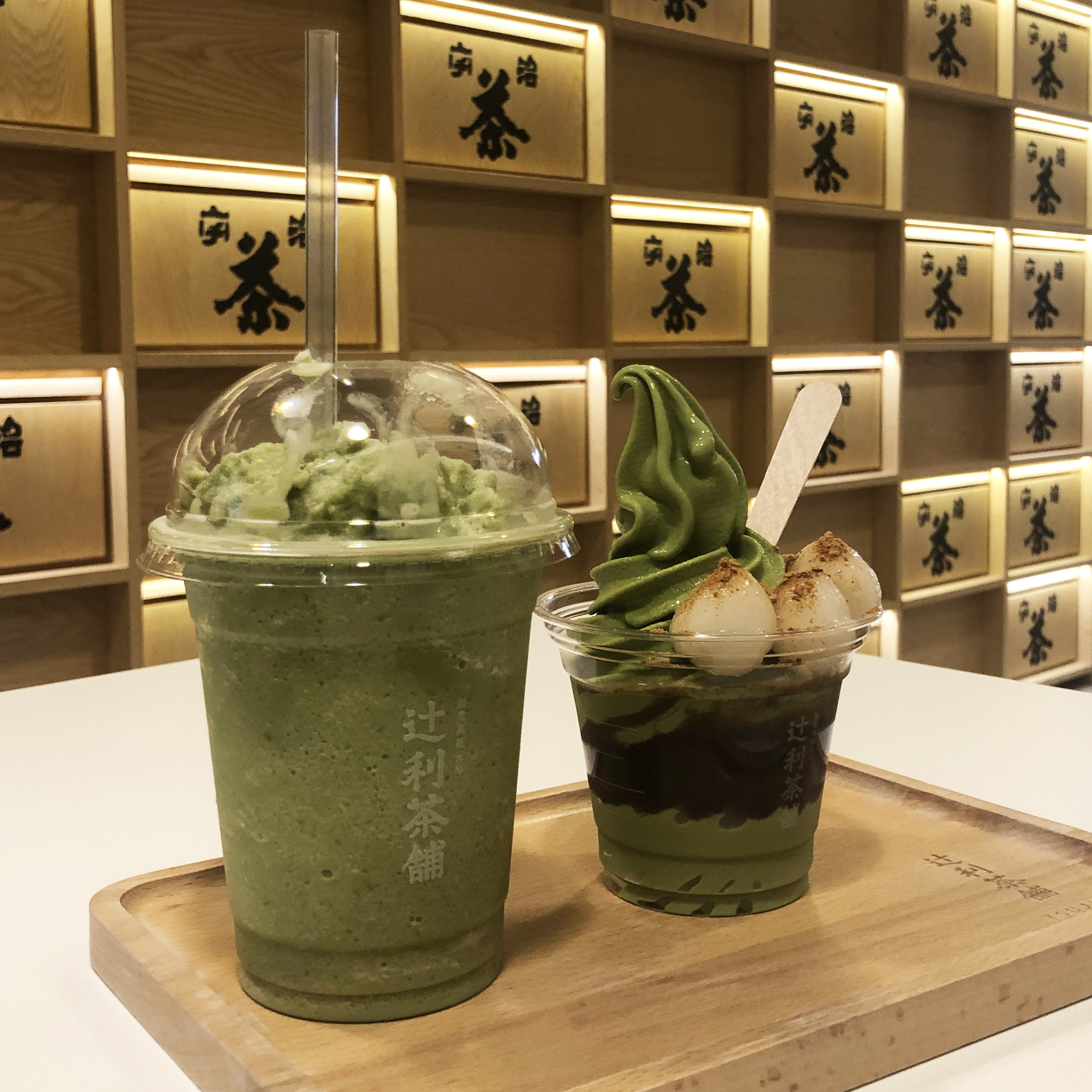 Tsujiri Matcha Dessert & Tea Bar
Another newcomer to the area, Tsujiri is a Japaneses Tea and Dessert house which specialises in matcha – so if you don’t like it – don’t bother going. Everyone loves a bit of matcha though and there’s such a wealth of options on offer here that you could visit here for a full week and not have the same thing twice. Their Tsujiri Sundae is a must-try. 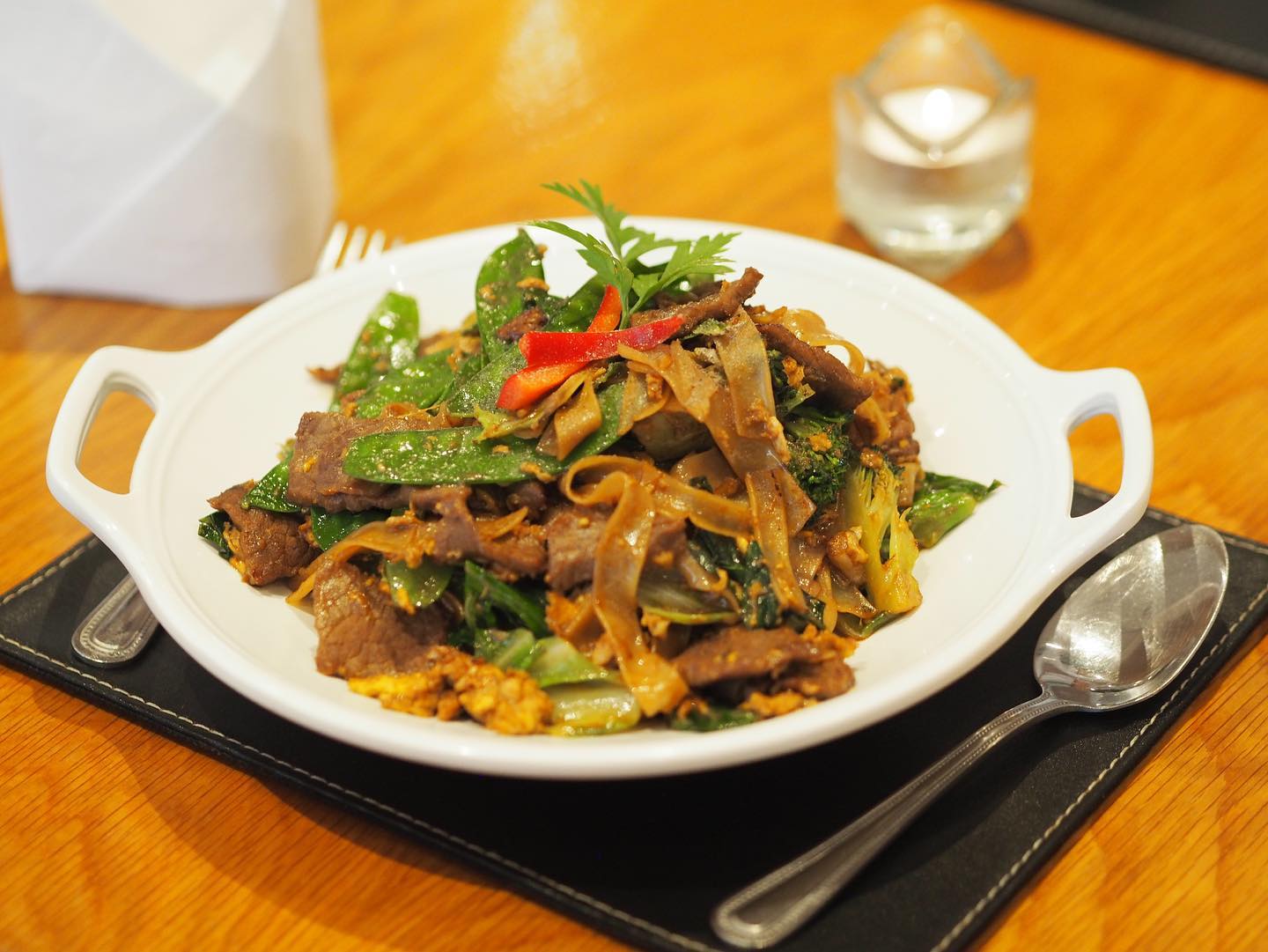 Phetpailin
Phetpailin is a bustling Thai restaurant in the heart of Chinatown that has a stunning selection of food. I can almost the smell the scent that wafts through the restaurant whilst writing this, so much garlic and chilli, with every dish peppered with just the right amount. This place is also BYOB with no extra corkage charge, as if it could get any better?! 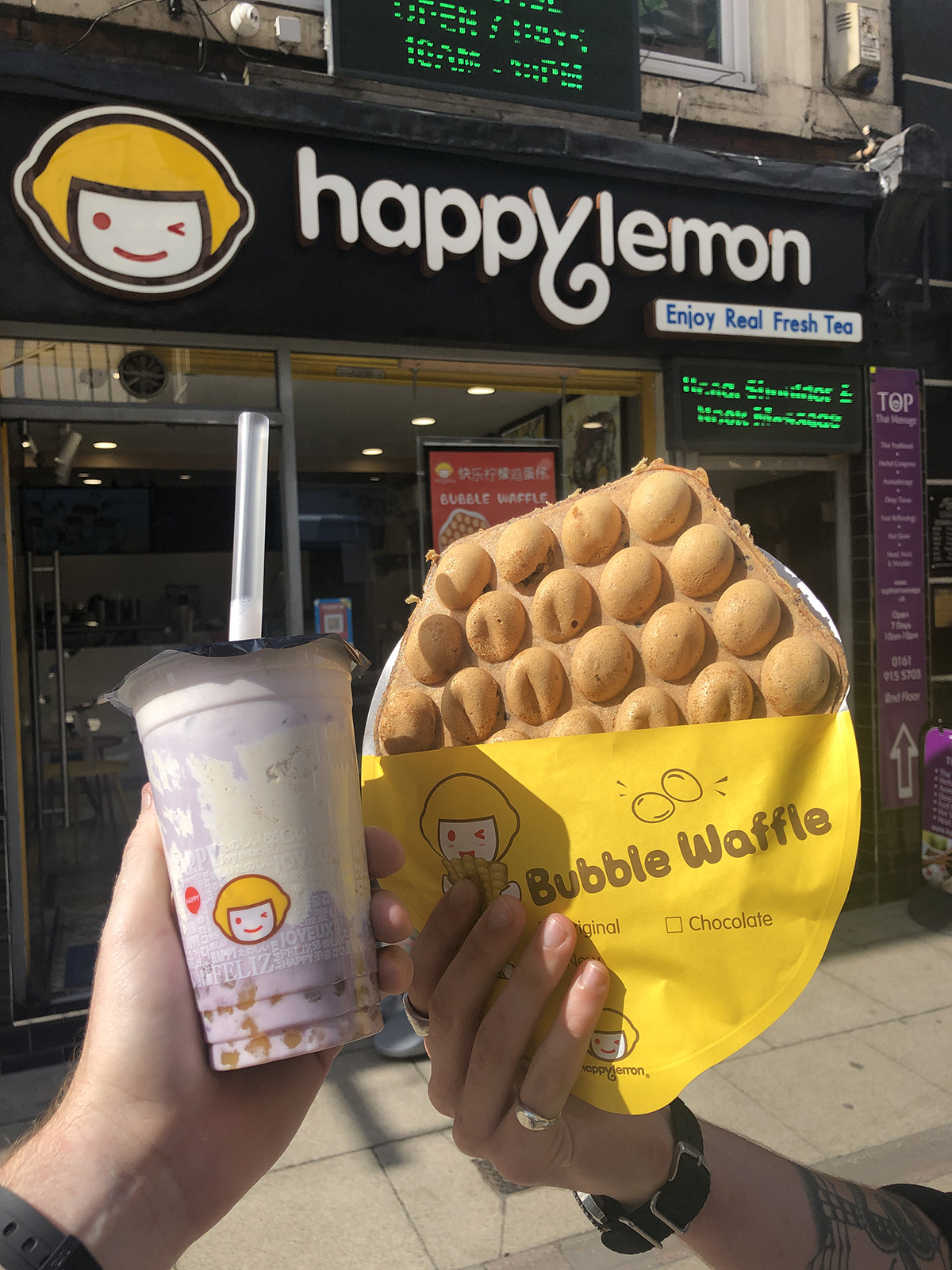 Happy Lemon
Sandwiched between a boozer and a Fish & Chips shop, you could be forgiven for just swiftly walking past Happy Lemon on Portland Street, especially considering that it’s in a little bit of an undesirable stretch of the road. Pop in though – you won’t regret it. They specialise in all types of tea, from green tea to bubble tea and even a salted cheese tea which I was too scared to try. They also do desserts in here including some lovely bubble waffles that are perfect for dipping. 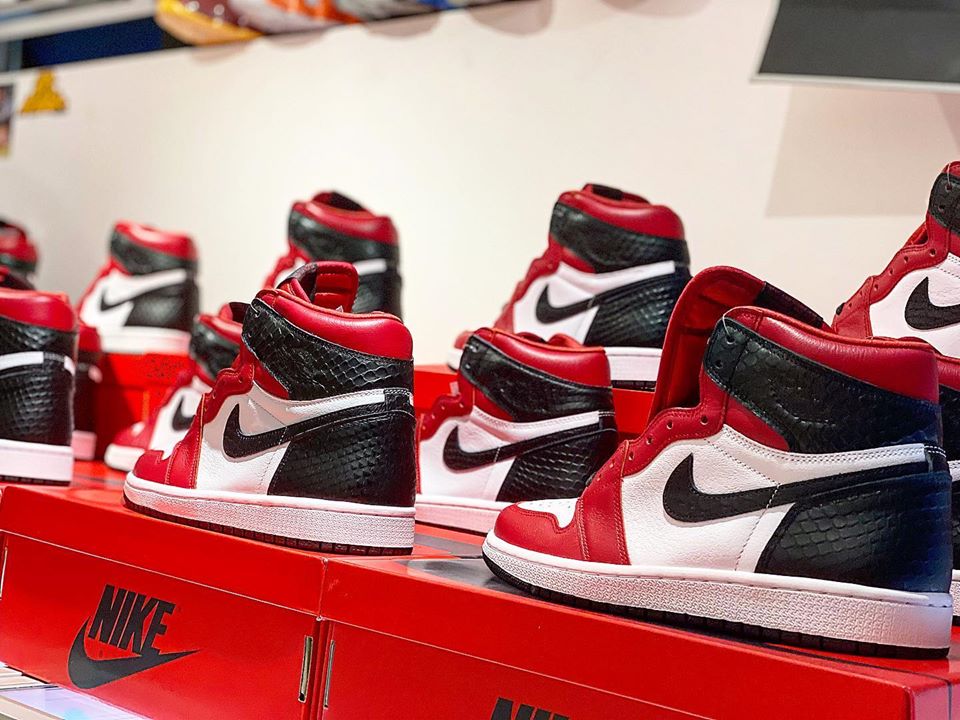 Sneaker63 Consignment Store
Descend these stairs next to Wasabi and you’ll be in sneaker heaven as they offer up a massive range of hard to find and rare trainers from all over the world. Word has it that they have some trainers in here that cost 10 grand! I don’t know which ones they are though so I can’t help you there. Owners Jack and Dominic will be on hand to show you around though. 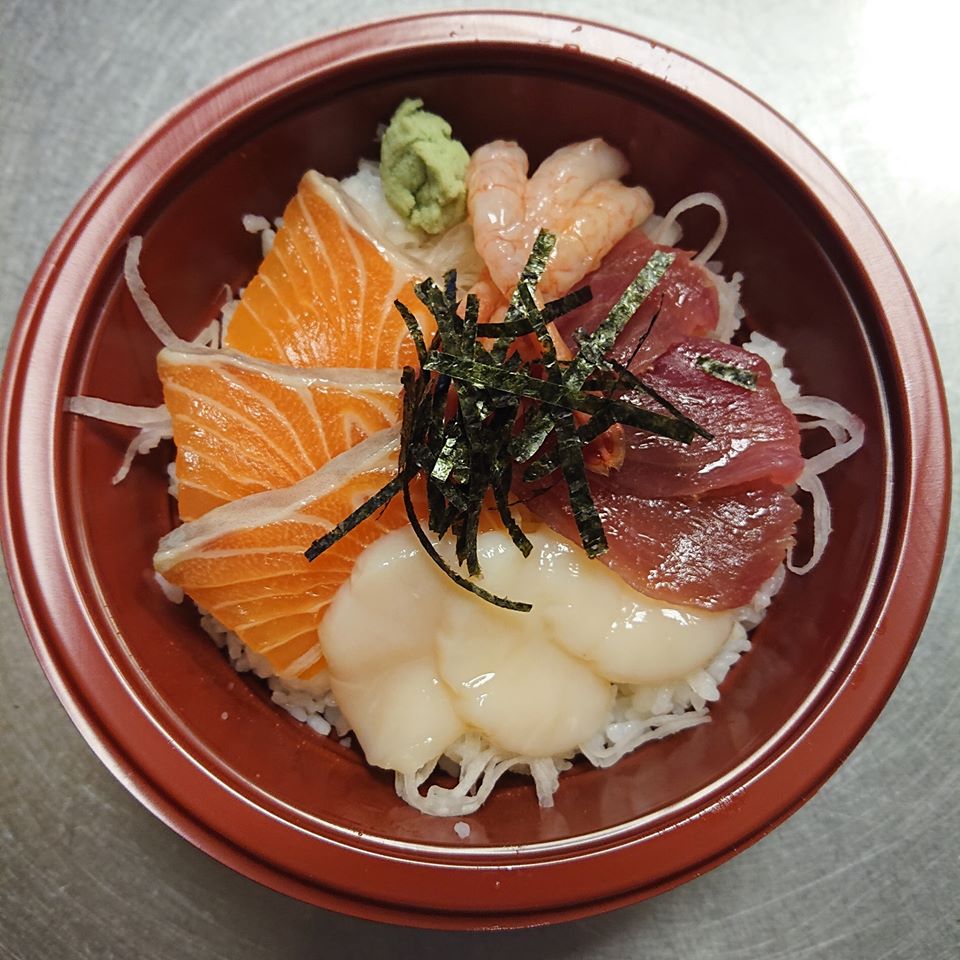 Yuzu Japanese Tapas
An outstanding Japanese restaurant, Yuzu specialises in ‘tapas’, small, freshly prepared dishes that have won pretty much universal acclaim. Even gruff-faced Observer critic Jay Rayner is a fan, proclaiming “Yuzu’s execution of classics is spot on. The prawn gyoza are glorious pouches made with the best slippery silken casings which have proper bite.”

Orchid Lounge / Vina / K2 Karaoke
One of the best things about Chinatown is the karaoke. Even if you’re a boring bastard and you say that you hate it, spend a couple of minutes in one of these places and you’ll be bopping away, flicking though that book and panicking because you chose ‘Mysterious Girl’ and there’s a rapping bit in it. K2 is generally considered to be the ‘poshest’ with Vina and Orchid Lounge being a little bit more ‘rough and ready’. All of them excellent into the early hours. 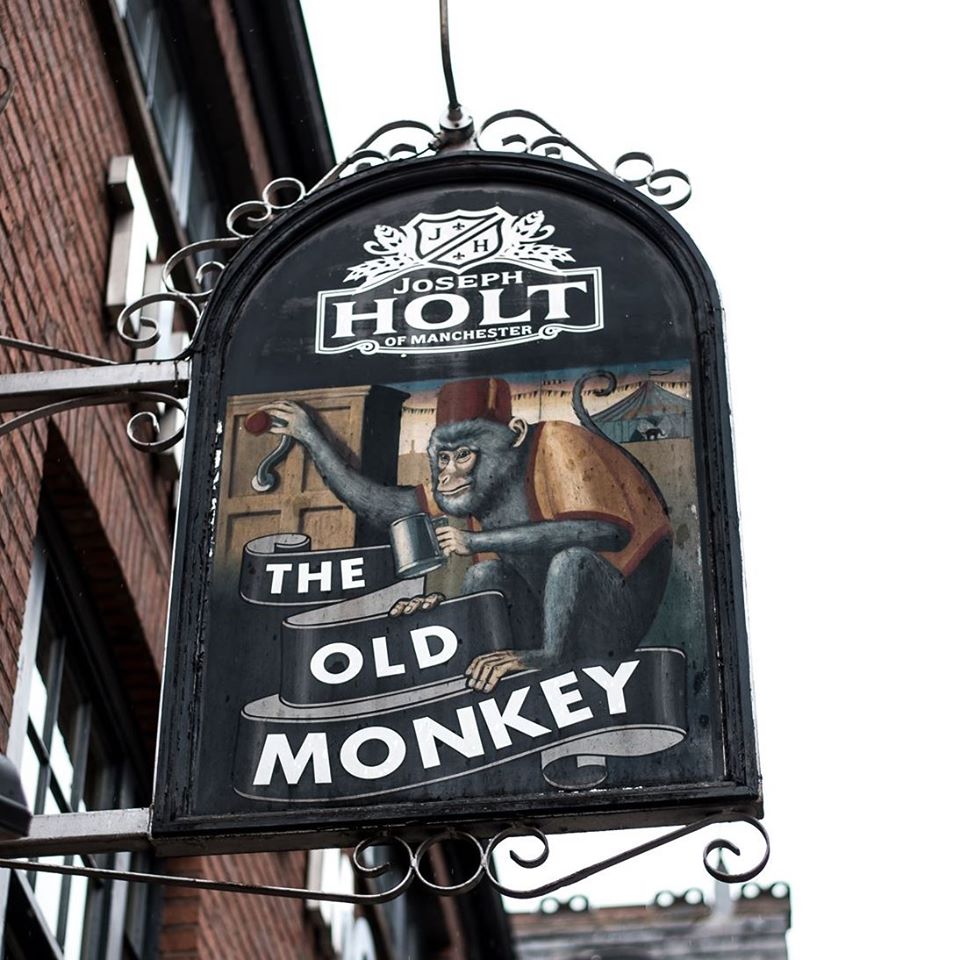 Old Monkey
Another fantastic boozer on Portland Street, the Old Monkey is a Joey Holt number, so you can get yourself a pint of Diamond a smile and your night will be set. There’s always a decent crowd in here and it’s impossible not to get bantering some of the old fellas at the bar. There’s a bit upstairs too which is perfect for a quieter pint and a couple of packets of Quavers. 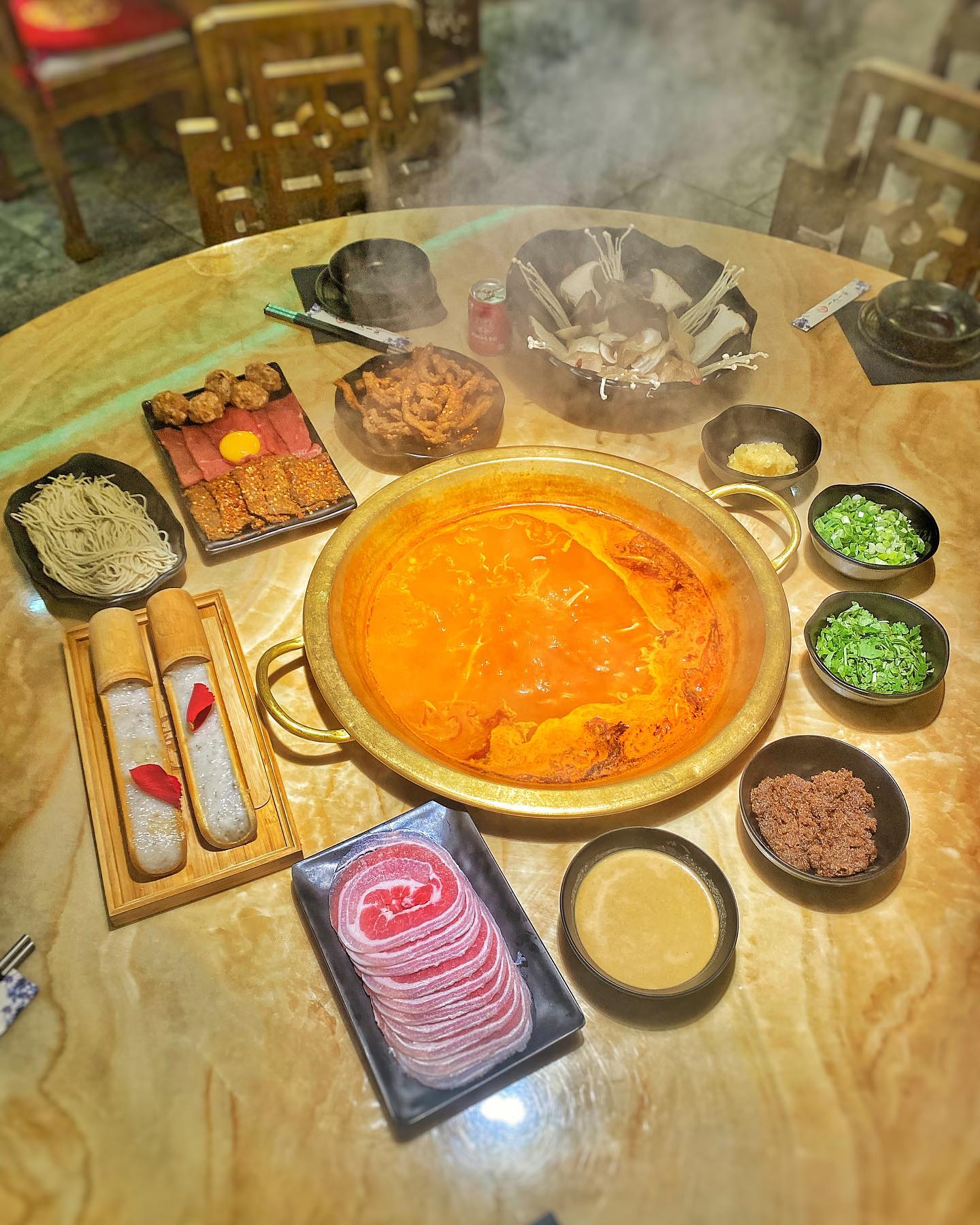 Xiong Qi
Xiong Qi is a traditional hotpot restaurant that uses a specific style of Chinese cooking with the aim to transport you right back to Chengdu, China. You start by choosing a boiling broth, which you then dip various meat and veggies into to cook right in front of yourself at the table. You can stick with the staple chicken and pork, or you can you can go a little more adventurous with prawn mash and bamboo! 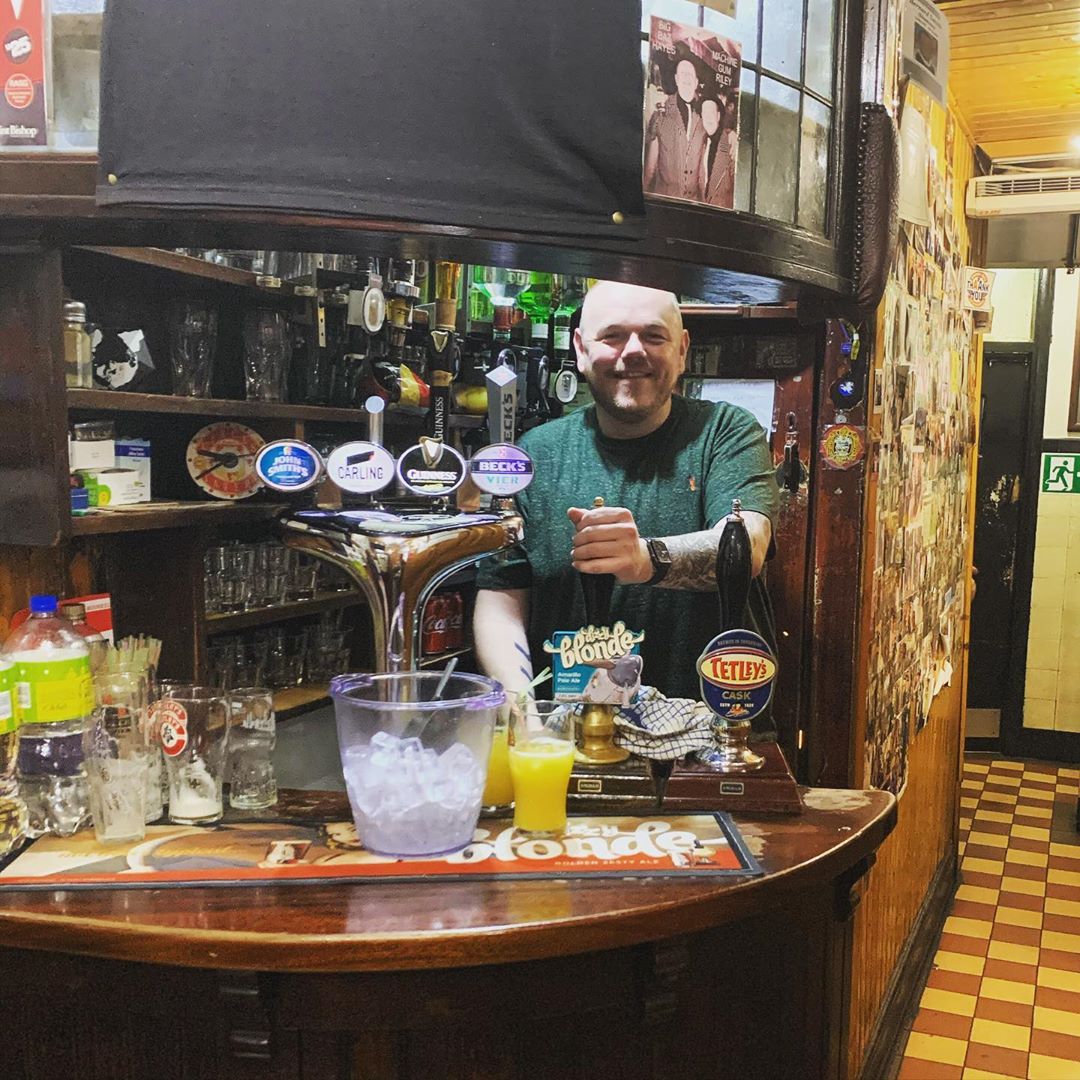 The Circus Tavern
Officially the smallest boozer in the city, until Steve finishes that bar and optics set in the cupboard under my stairs, the Circus Tavern is a tony warren of pub brilliance. The walls are adorned with pictures of the pub’s famous patrons, be careful though, take a seat in here with a pint and some crisps and you’ll be there for the rest of the day, cracking on with the characters. 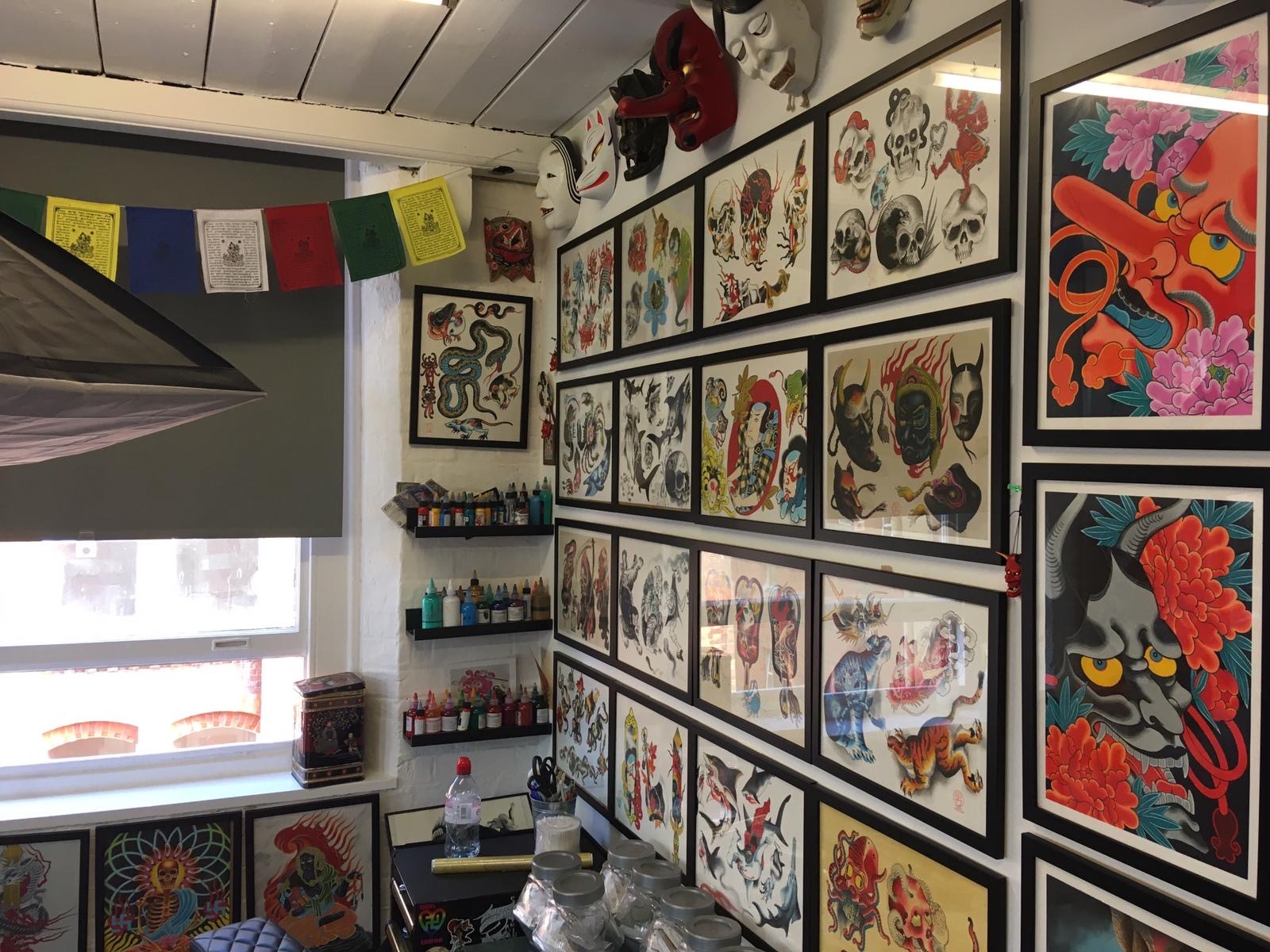 Rain City Tattoo Collective
Quite possibly the city’s best tattoo parlour, it’s easy to miss Rain City, tucked away up a few flights of steps just off the main Chinatown square. If you’re looking to get a tattoo though – you can’t go wrong in here – and I have it on good authority that the geezer who runs it is an absolute legend who draws better than all of those artists that you just saw in the Art Gallery. 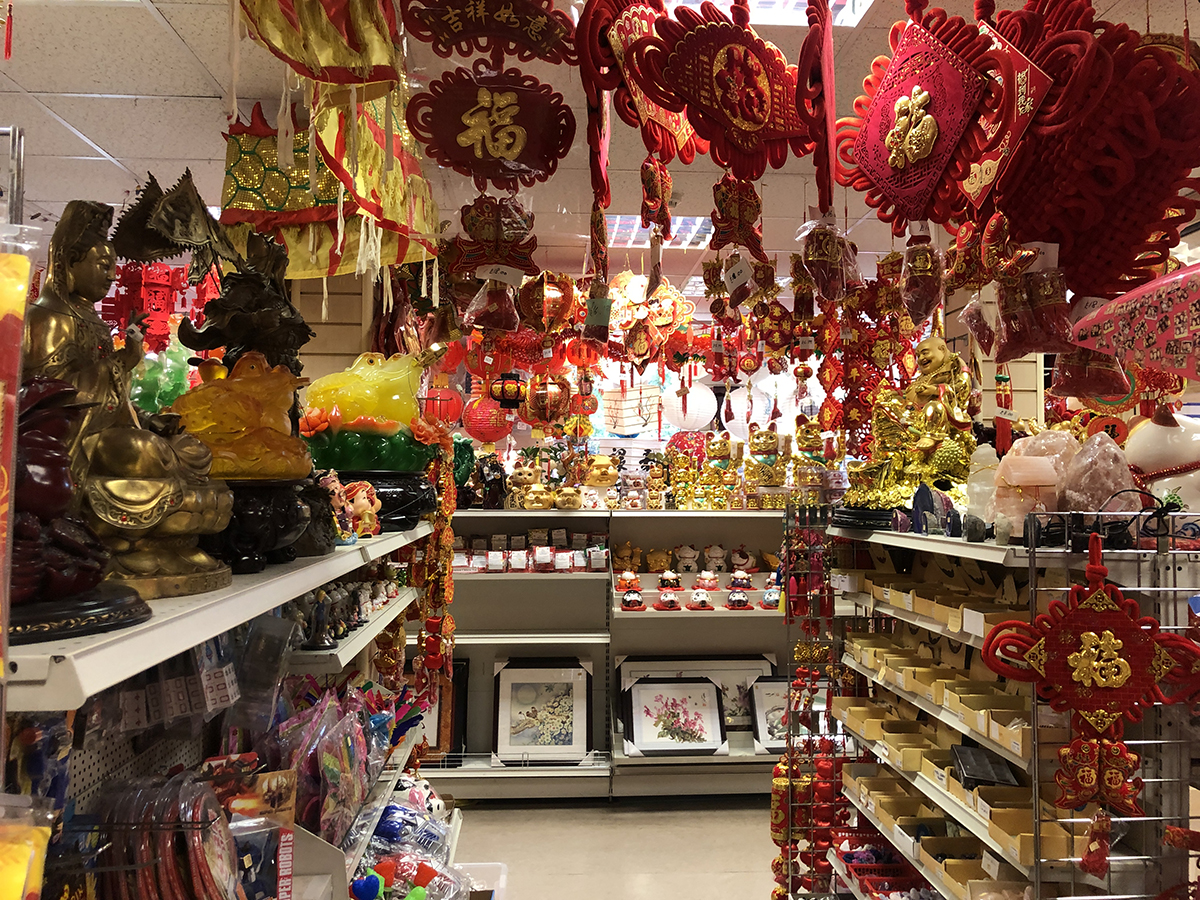 T.La At & Craft Gallery
An impressive emporium of Chinese arts and crafts, and a veritable treasure trove of Chinese gifts. They have everything in here, including those little gold waving cats, and loads of other stuff that you’d find adorning the walls of your local Chinese restaurant.The shop is tiny but you could probably spend about an hour looking around it – and end up spending a bloody fortune. 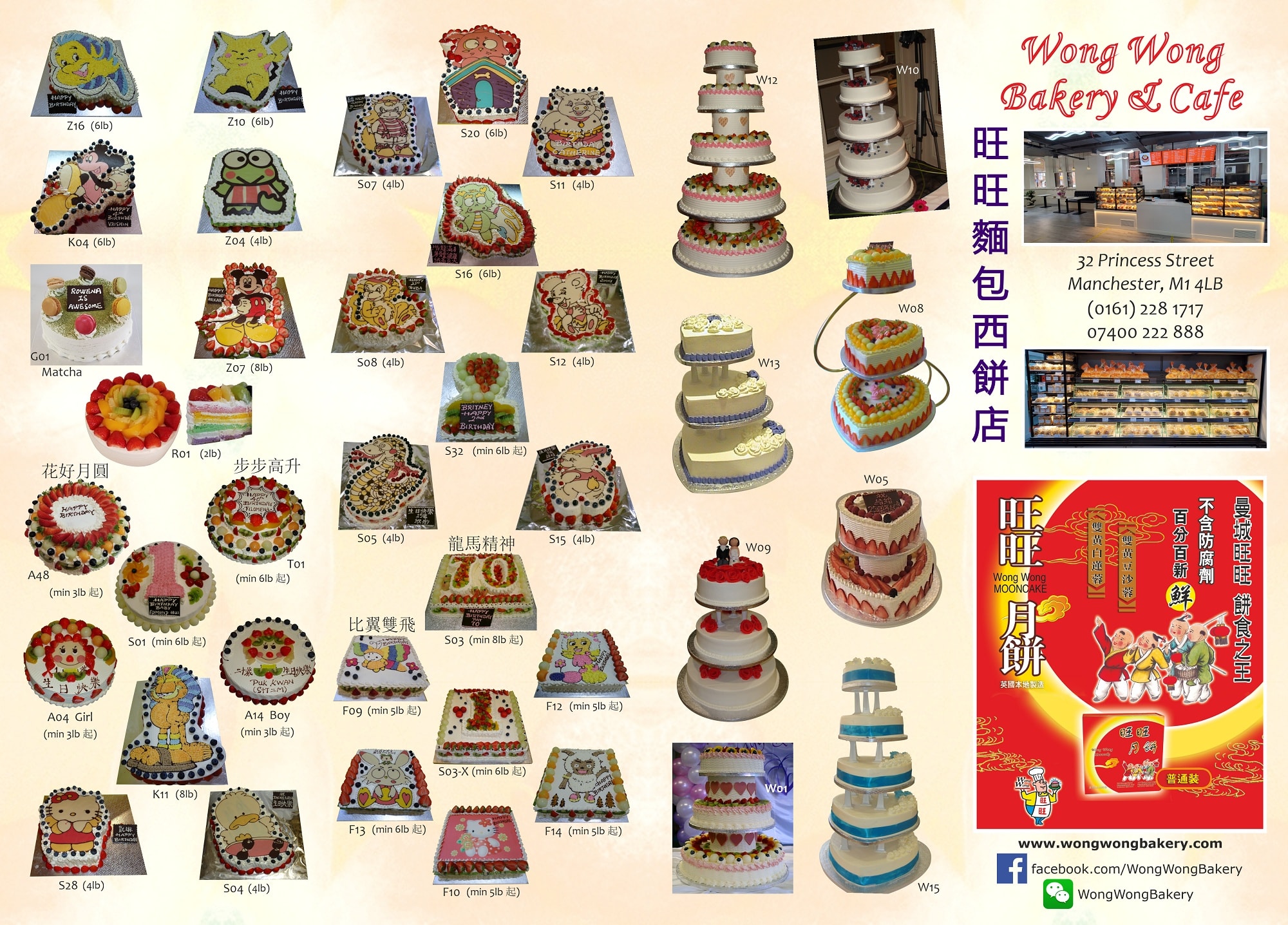 Wong Wong Bakery
This traditional Chinese bakery has sat on Princess Street since 2003 between Yang Sing t and Kwok Man. It offers a wide selection of freshly baked traditional and contemporary Chinese buns, cakes and pastries that are suitable for all occasions, or if you just fancy a big slab of sweet stuff for yourself.

The Best Stargazing Spots Near Manchester