The Strange Story of the Native American Tribe who settled in... Salford!

A series of events in the 19th Century resulted in hundreds of Native Americans settling on the banks of the Irwell... 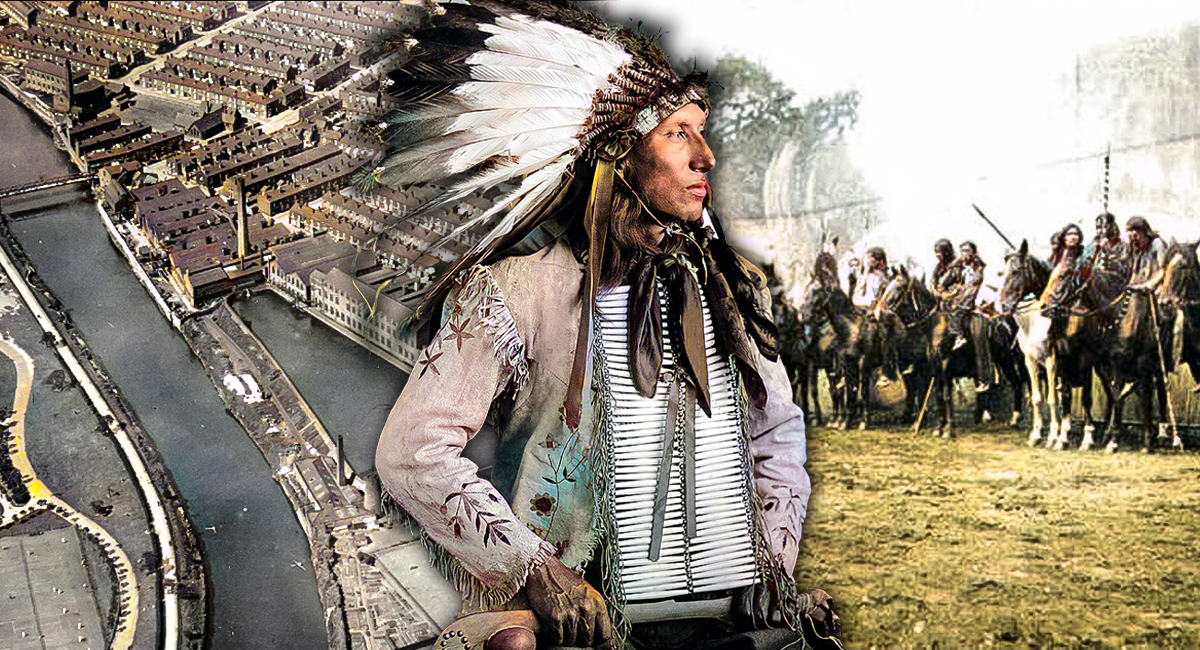 Just think of the scene. One day you’re quietly strolling along a river bank, sun in your eyes, birds swirling and tweeting all around you, and beyond – the immense silence and beauty of the Great American Plains.

Now, let’s picture you strolling alongside the River Irwell in the rain, it’s banks overflowing, filled to the brim with all manner of human waste and debris. The air is thick with smog, there’s a great amount of hustle and bustle all around you and worst of all – some idiot wearing a cowboy hat is telling you that you need to be on stage in 10 minutes. 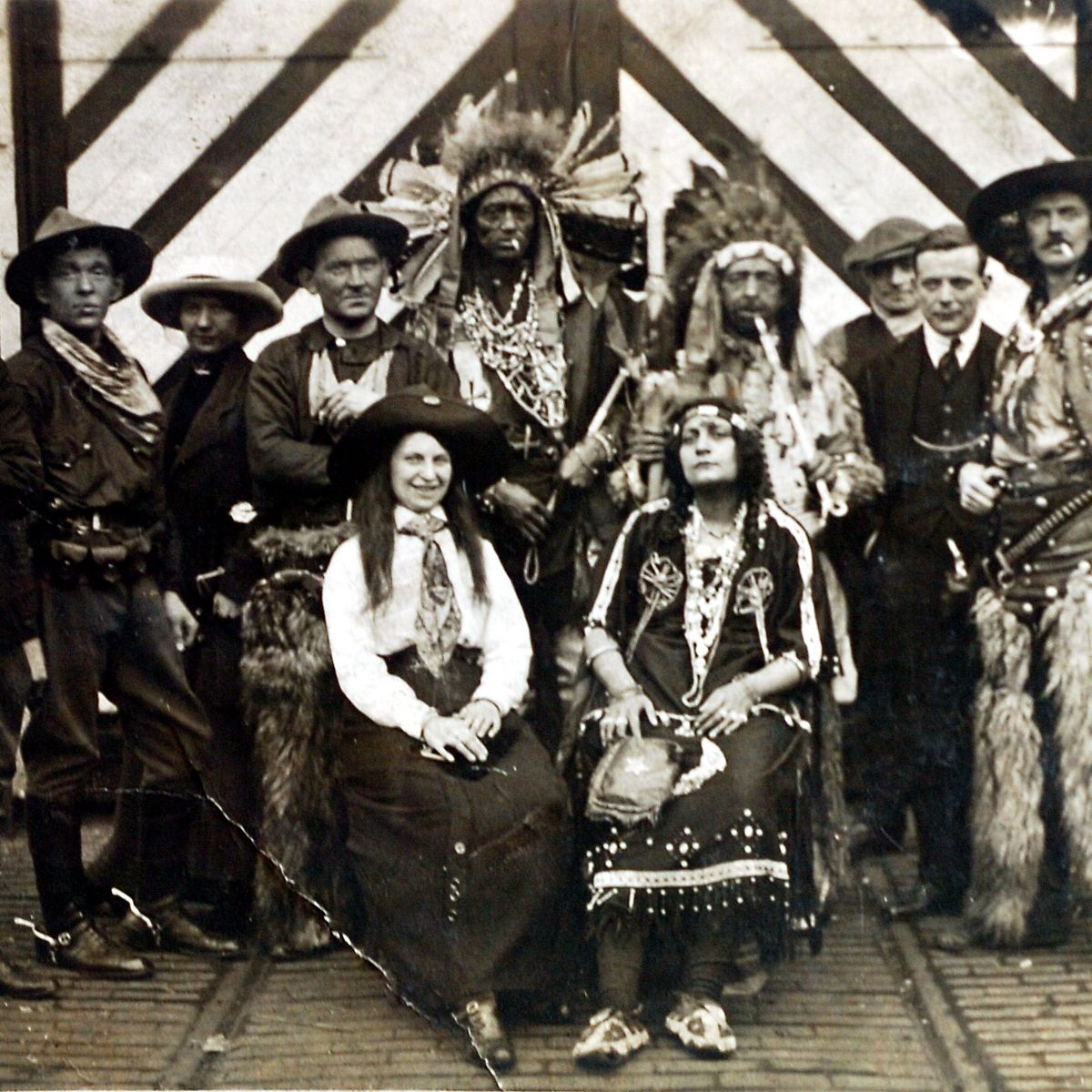 This must surely have been the experience of about a hundred Oglala Sioux Indians, who settled in Salford during the winter of 1887-88. It’s a curious tale as to how this tribe ended up in our wet corner of the Earth – but it’s one that still resonates today.

Just in case those old John Wayne films weren’t obvious enough, the Native American peoples were routinely persecuted and systematically lost their land and lives with the expansion and growth of what we now know as the United States of America.

The Sioux people were mainly located around the areas of Minnesota, Wisconsin and Dakota, until the 1800s when the tribe signed treaties with the United States to cede much of their land. 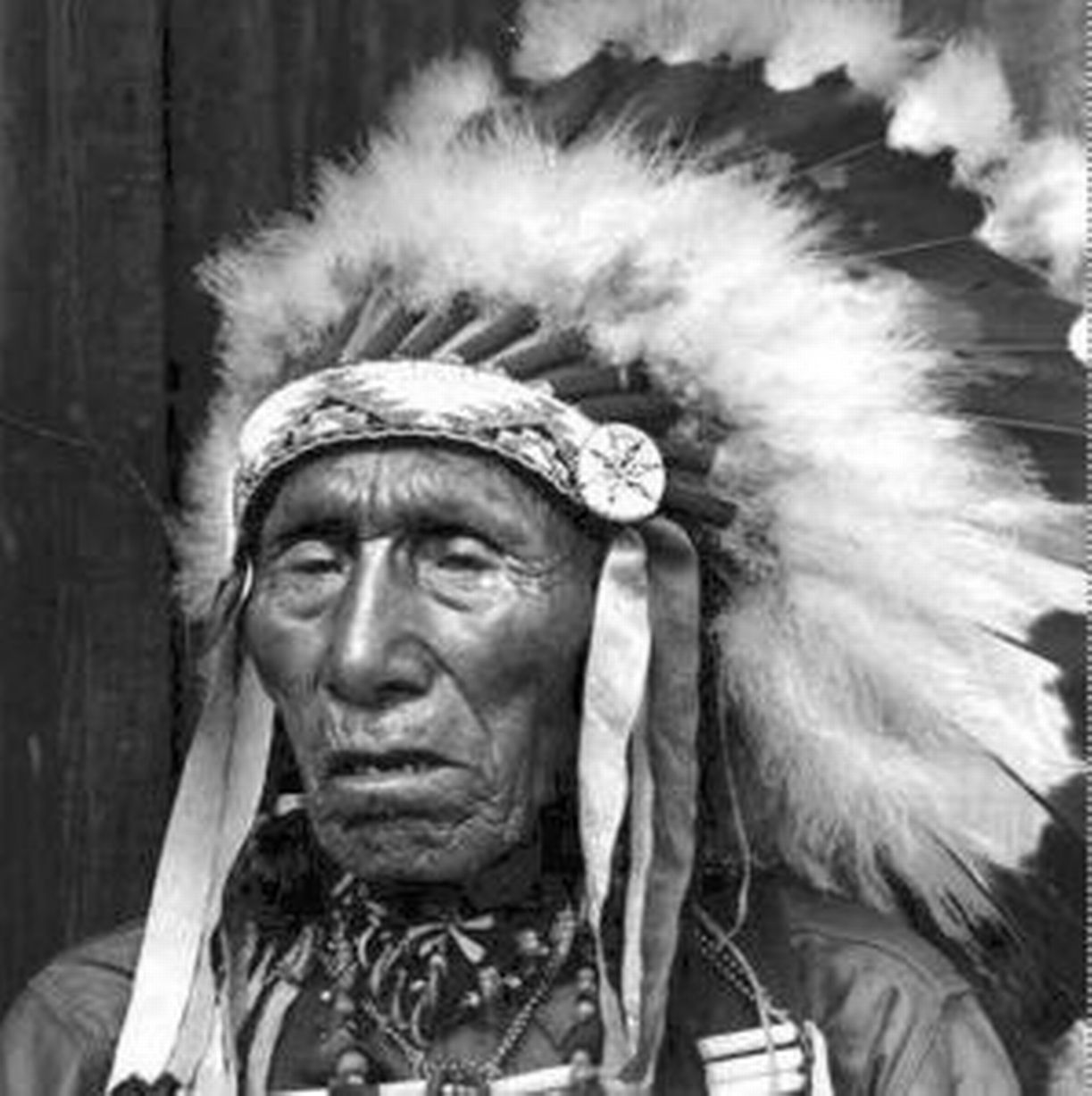 By the late 1800s the tribe was in the throws of the ‘Great Sioux War’ with the US, a series of raids and battles made famous in the film ‘Dances with Wolves‘ and with its most notorious conflict “Battle of the Little Bighorn” which is also known as ‘Custer’s Last Stand’.

Okay, so this is all US history, and it’s unlikely that most of you know or even care about it – after all – our history classes were all about the Tudors & Stuarts and the Second World War – not all of this stuff.

But it’s important to this story because the Native Americans who arrived here in Salford, well, many of them were actually veterans of the Battle of the Little Bighorn and were also actually on the run from the US Cavalry, deciding to join the circus and travel the world to evade the authorities. 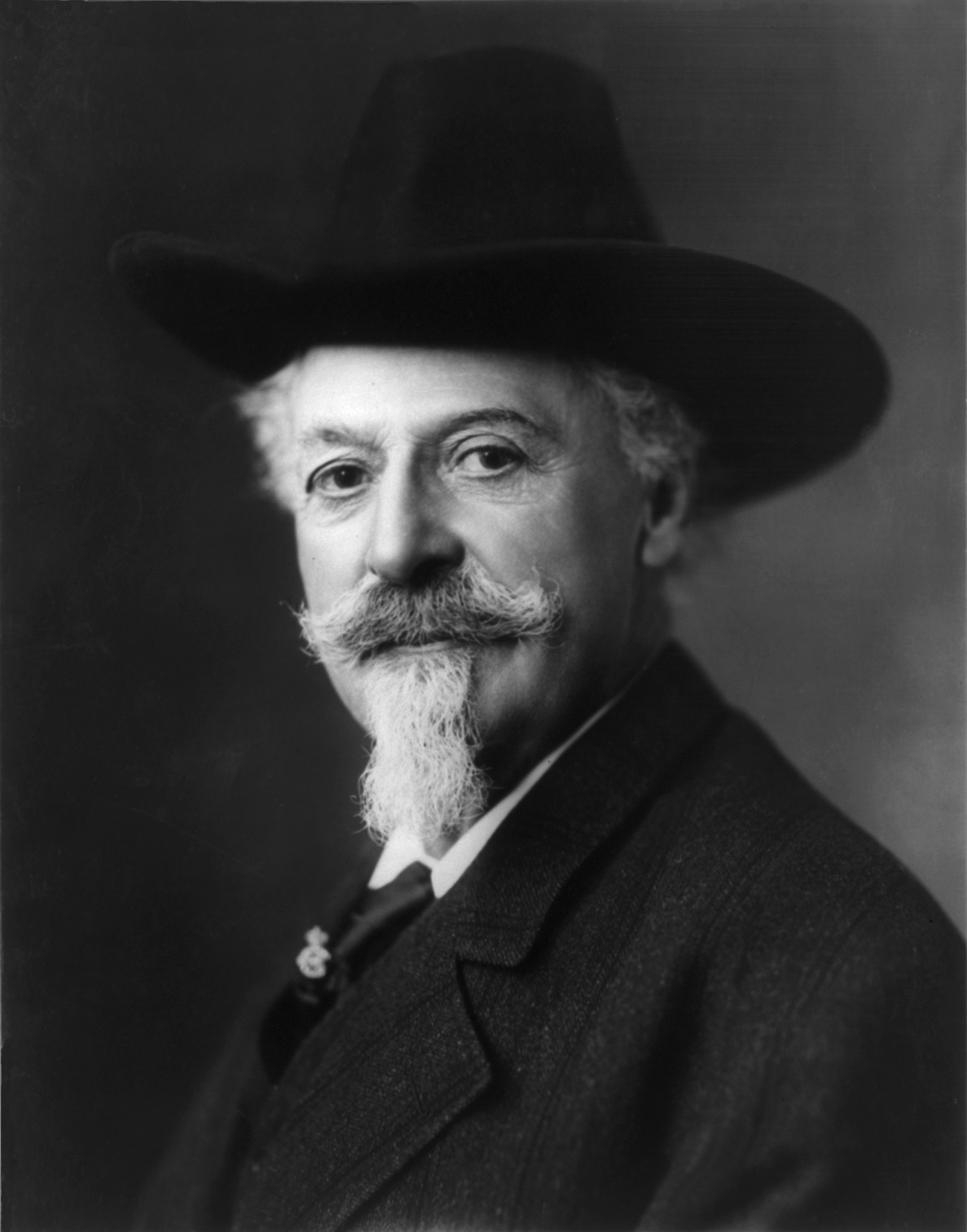 The circus was named ‘Buffalo Bill’s Wild West and Congress of Rough Riders of the World Show‘ and featured a 200-strong travelling company comprising of 97 Native Americans, 180 broncos and 18 buffalo. It was run by one of the most famous and well-known figures of the Old West – Buffalo Bill himself – soldier, bison hunter and all-round showman.

He began his shows in 1874 with the ‘Buffalo Bill Combination‘ where he and his cowboy mates re-enacted old battles with ‘Indians’, and in 1883 he founded ‘Buffalo Bill’s Wild West’ – a circus-like attraction that would tour the US throughout most of the year and featured parades on horseback, feats of skill, staged races and sideshows. These shows also featured many more well-known names from the time, including Annie Oakley and Calamity Jane. 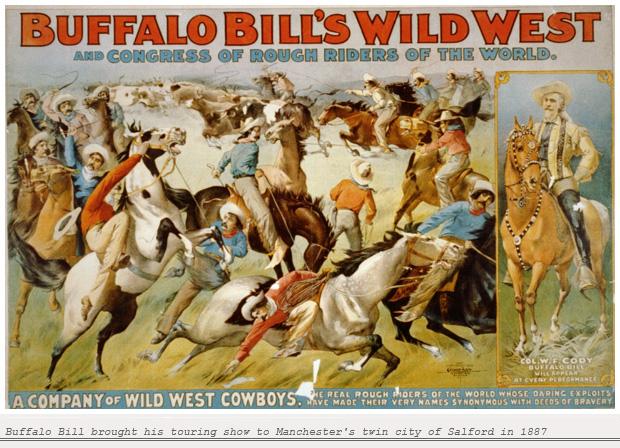 In 1887, a British businessman named John Robinson Whitley, who created the Earl’s Court Exhibition, got in touch with Buffalo Bill and invited him to the UK in a celebration of the Jubilee year of Queen Victoria – who actually attended a performance in London when they arrived.

The show also stopped off in Birmingham, before heading up to Salford where, rather unexpectedly – they settled for six months!

The official statement at the time was that the show was SO popular that they decided it was better to stay in Salford throughout the winter, performing night after night to packed crowds in what was (at the time) the biggest indoor arena ever constructed in Western Europe. 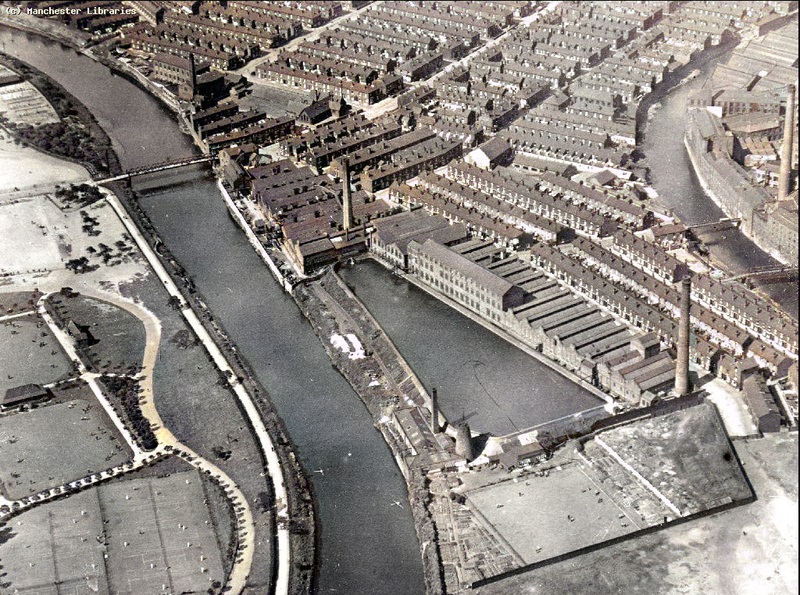 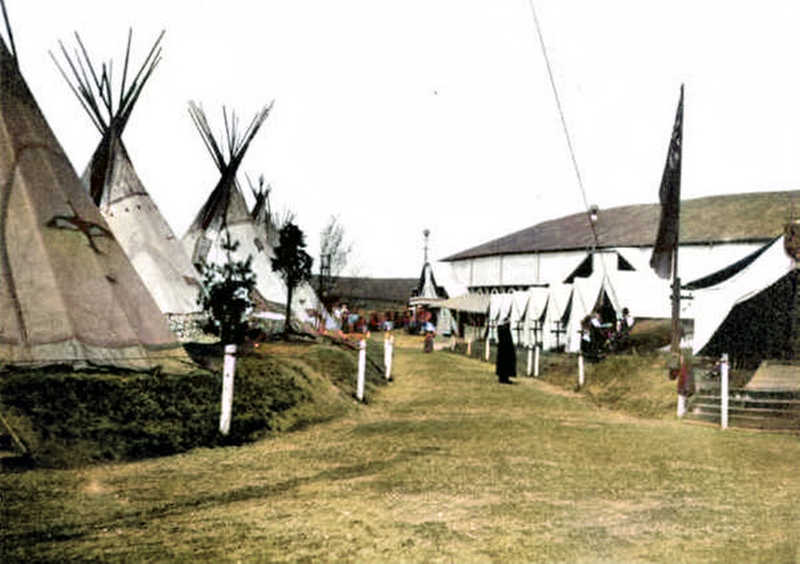 Located on the exact location of where The Lowry on Salford Quays is today, the group of men and beasts would re-create classic gun slinging scenes from the Wild West, re-enact battles and perform daring acts of horsemanship.

One of the Native Americans on the tour was a medicine man – Black Elk, veteran of the Battle of the Little Bighorn, who spoke of his stay in a book called ‘Black Elk Speaks’, where he recounts his experience of getting left behind when the show left town.

“When the show was going to leave very early next morning, three other young men and myself got lost in Manchester, and the fire-boat went away without us. We could not talk the Wasichu language and we did not know what to do, so we just roamed around.” 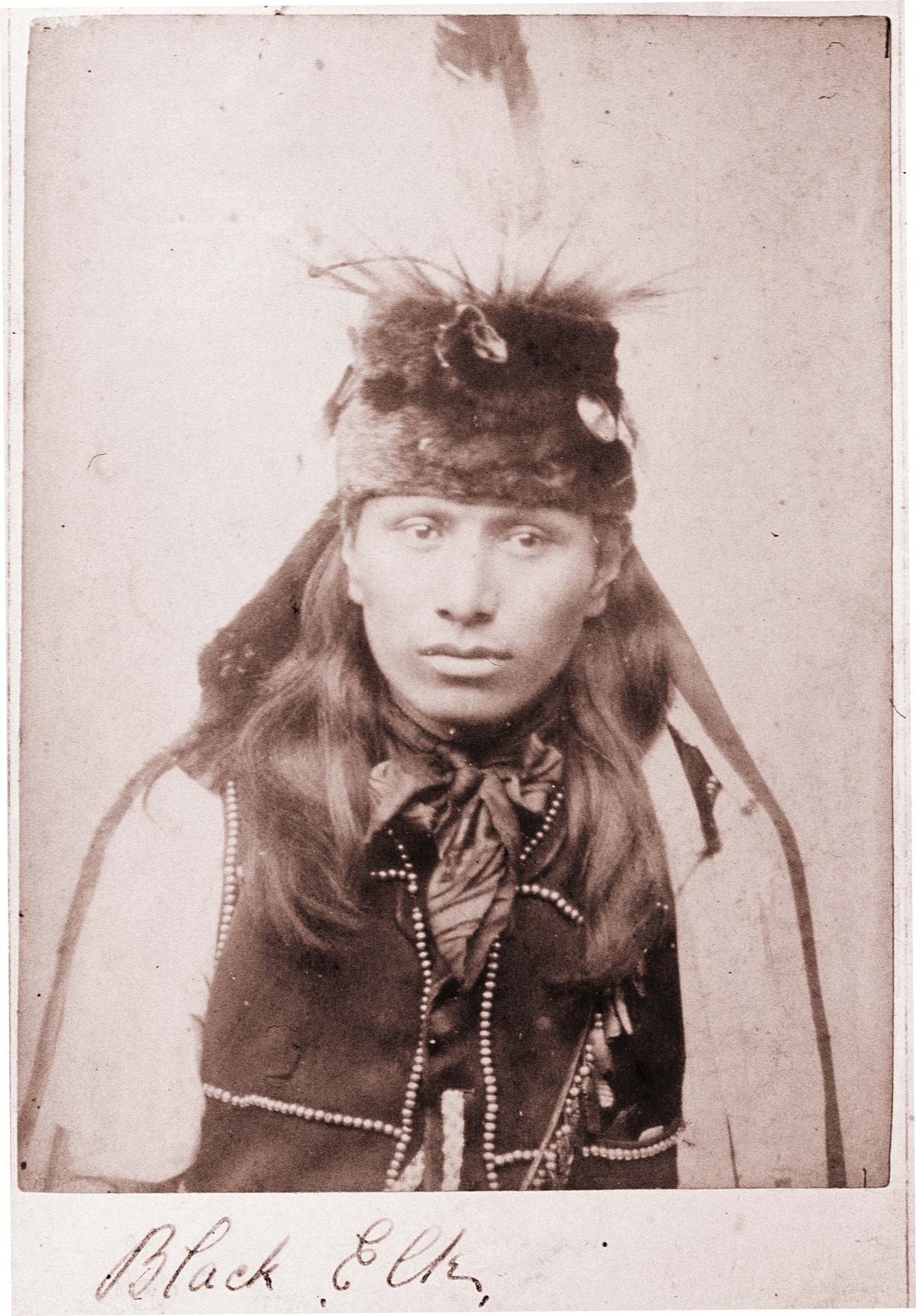 “Afterwhile we found two other Lakotas who had been left behind, and one of these could talk English. He said if we went to London we could get money in another show that was there, and then we could go home. We were all sick to go home.”

“So the English-talker got some tickets with the money we all had together, and we went to London on the iron road.”

Upon arrival in London, the group performed in a show called ‘Mexican Joe’ before moving to Paris, and then Germany, before eventually returning home. 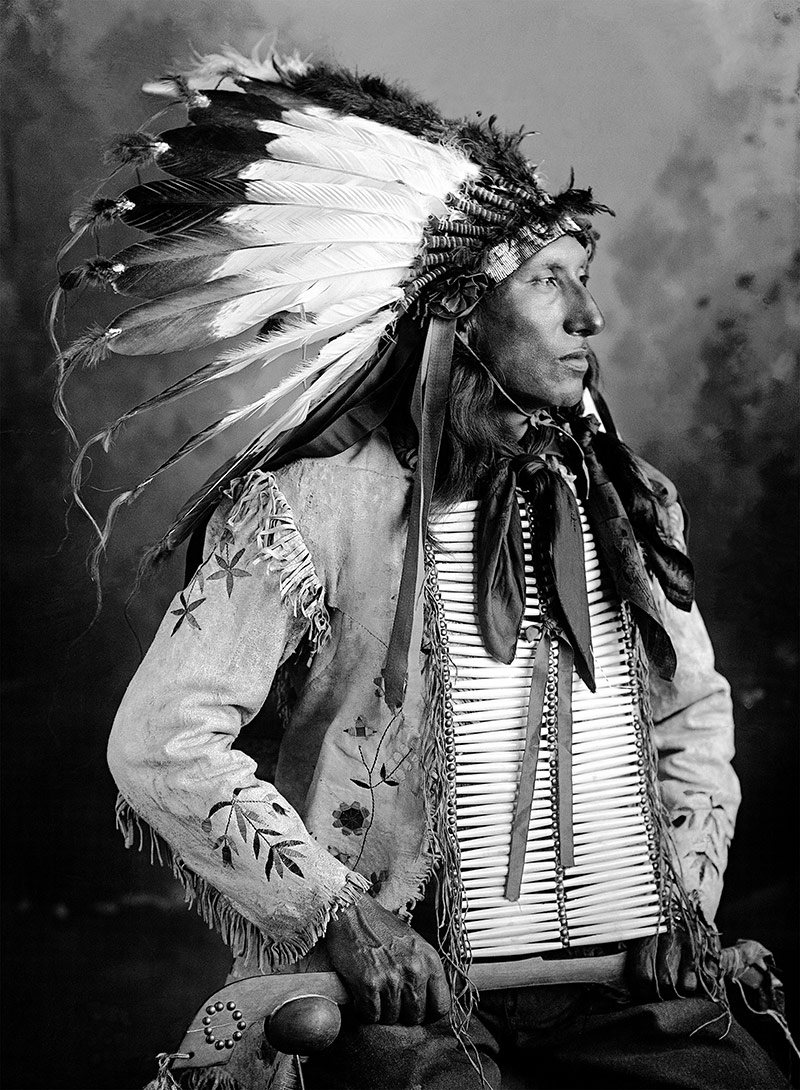 There was one fella though who never left Salford – the 6ft 7in warrior ‘Surrounded Bytheenemy‘.

This humongous man died of a lung infection aged just 22 during the tribe’s stay in Salford. He died in his tepee on Salford Quays and his body was taken to the nearby Hope Hospital where the story gets a little confusing.

Some say that he was buried at Brompton Cemetery on 15th December 1887 next to his fellow Lakota warrior, Paul Eagle Star, while others claim his body simply vanished – stolen to be added to some creep’s macabre collection.

What actually happened to his body – we’ll never know – but I suppose it’s a rather sad story to hear that such a famed warrior of the Sioux people ended up kicking the dust in a tent on the banks of the River Irwell in Salford. 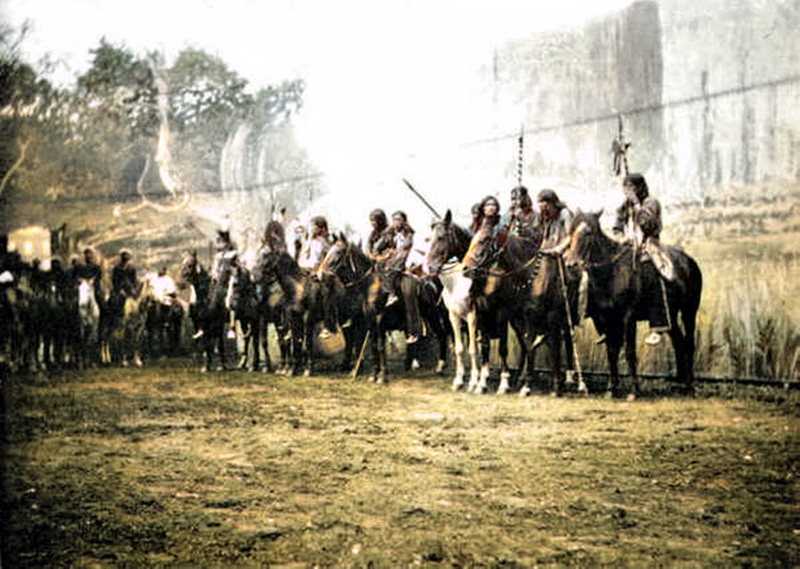 Another name famed during the Sioux visit is Frances Victoria Alexander, the only Sioux to be born in Salford during their stay. She was baptised in February 1888 at Sacred Trinity Church, where registers record her as the daughter of ‘Little Chief’ and ‘Good Robe’.

It’s also worth noting that the visitors were VERY popular with the local population, and indeed it’s highly likely that there are lots of Salfordians, and even Mancunians, who have some Sioux blood in them. 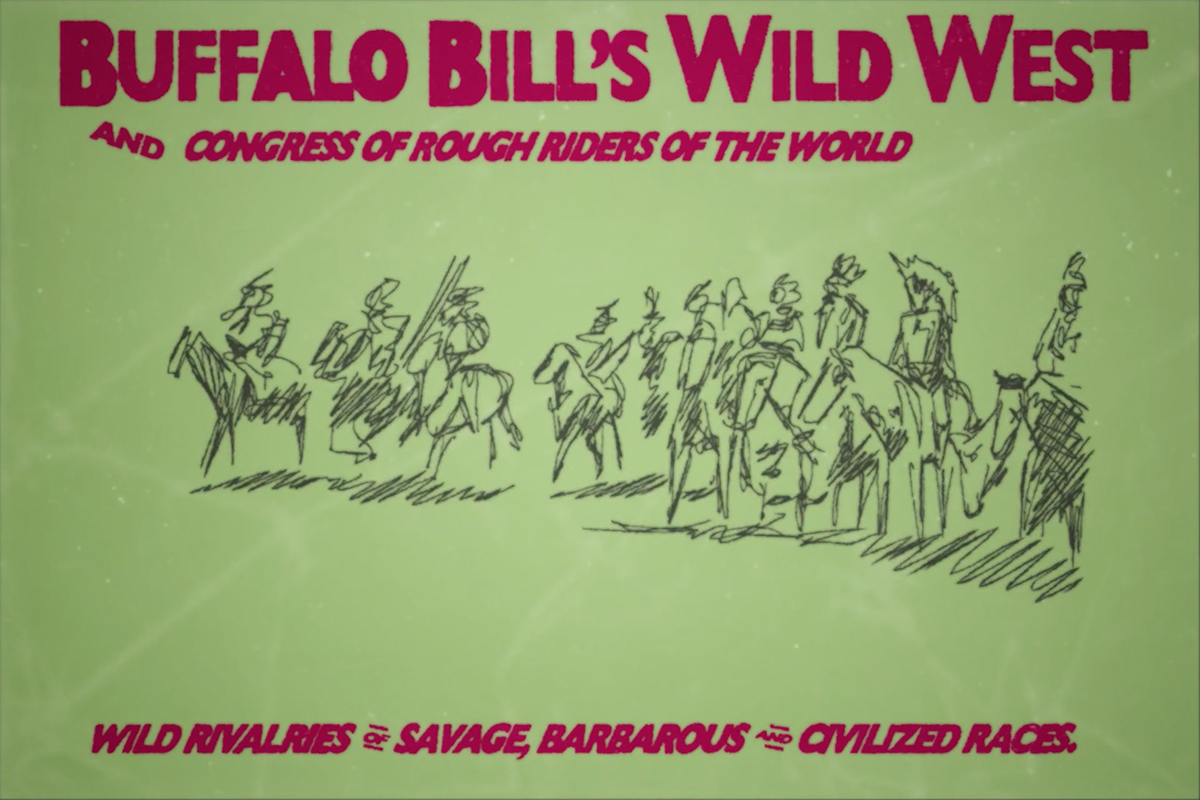 Buffalo Bill’s Tour came back to the UK in 1902 with an extended run in London, before touring the rest of the country throughout 1903 and 04 – performing in nearly every city large enough to support it.

Once again returning to Salford, one of the tribe, ‘Charging Thunder’, decided to stay in the area, becoming the only Native American living in the North West until his death in 1929 at the age of 52. He settled with Josephine, a sharp-shooting cowgirl with the circus, and their daughter Bessie. A short while after settling here, he changed his name to George Edward Williams and moved to Gorton.

Back in 2020, animator Will Murphy created a short film with Shaun Ryder – an ode to Salford which recounts anecdotes including Anthony Burgess’ A Clockwork Orange, the history of the Catholic church and, of course – the Salford Sioux.

It’s a genuinely curious chapter of the city, and one which you can now regale your friends with down the pub. Or – maybe check your ancestry – you might have some Sioux blood in you?!

NEW OPENING: “The Ultimate Party Venue” is coming to Manchester!