You’ve Heard of Rice and Three, But What About Meat and Three? 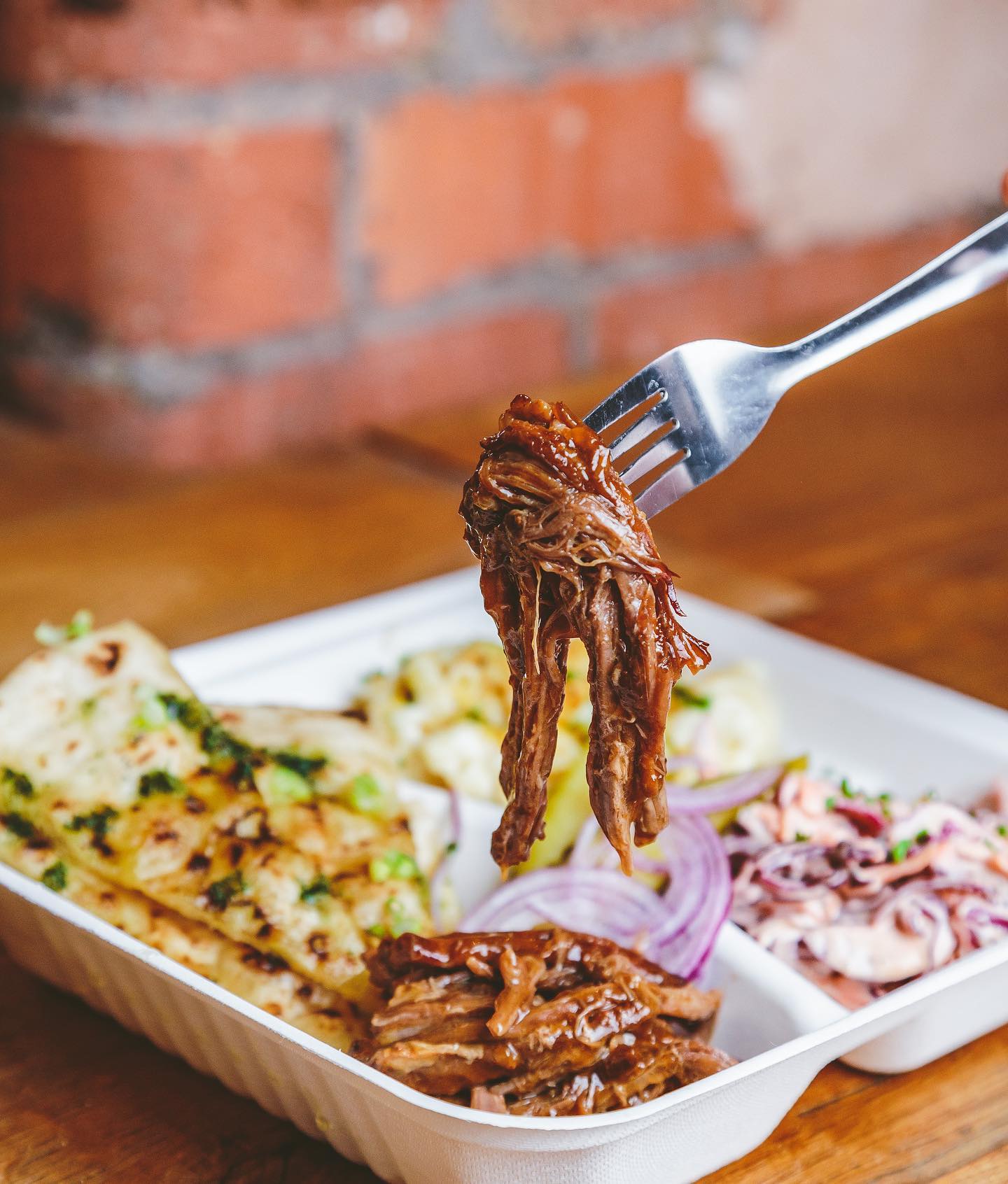 Kong’s Chicken Shop has been making quite the name for itself recently. After announcing its permanent kitchen at Dog Bowl earlier this year, the diner has been a massive success with any sane person that’s made the trip to try it out.

Nearer the end of 2021, they also announced the launch of the ‘Kong’s Meat and Three’ at Northern Monk Refectory. The idea is based on the Meat and Three restaurants that originated in Nashville and Tennessee. 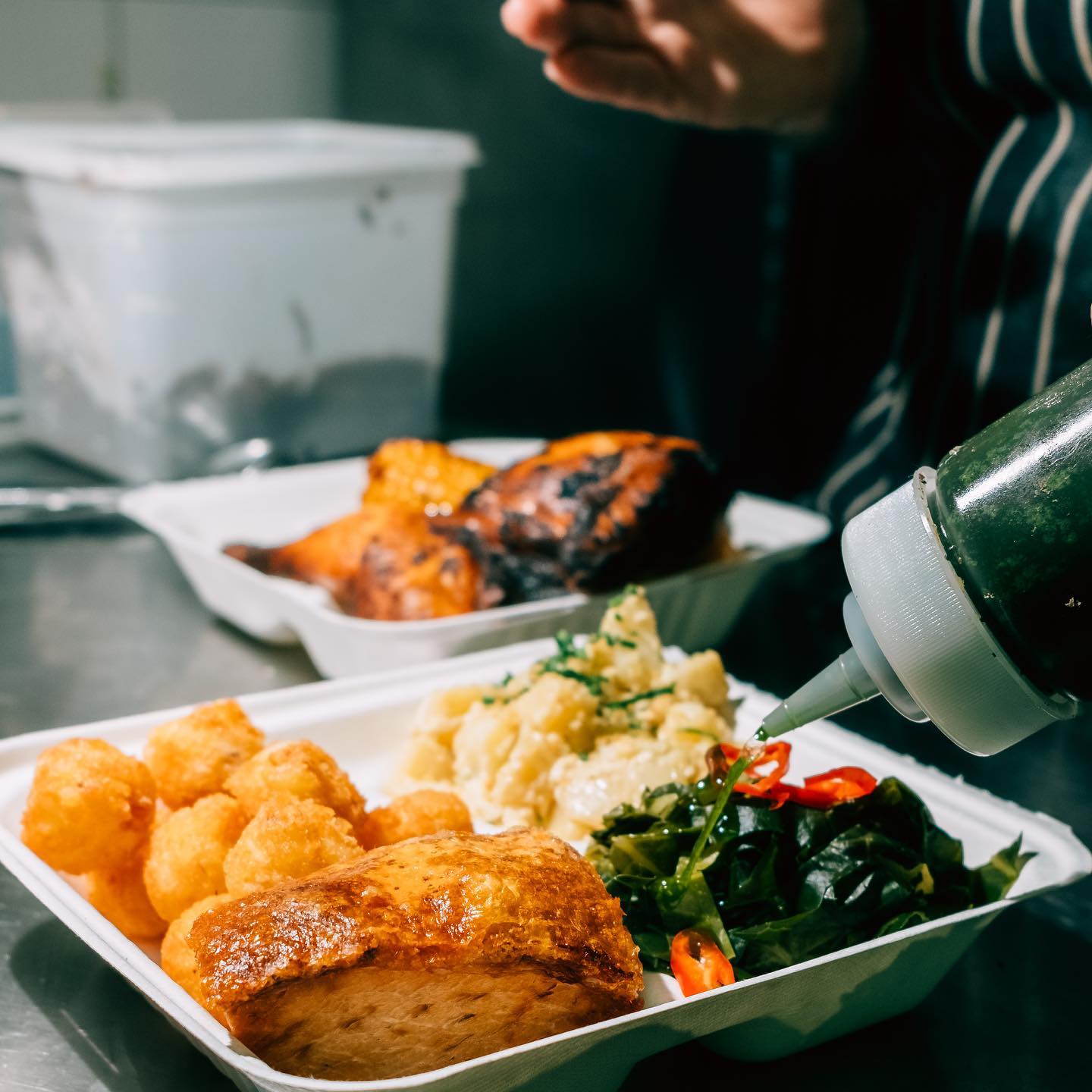 It’s been a hugely popular way of serving soul food, BBQ and Southern cooking throughout the US for years and it’s available for you to try out yourself RIGHT NOW in Northern Quarter’s Northern Monk Refectory.

Let’s get into the nitty gritty. First off, you have the option to choose from either Pulled Beef Brisket, Pork Belly or Fried Chicken for your meat and then, here comes the exciting part, you’ll take a deep dive into the sides. 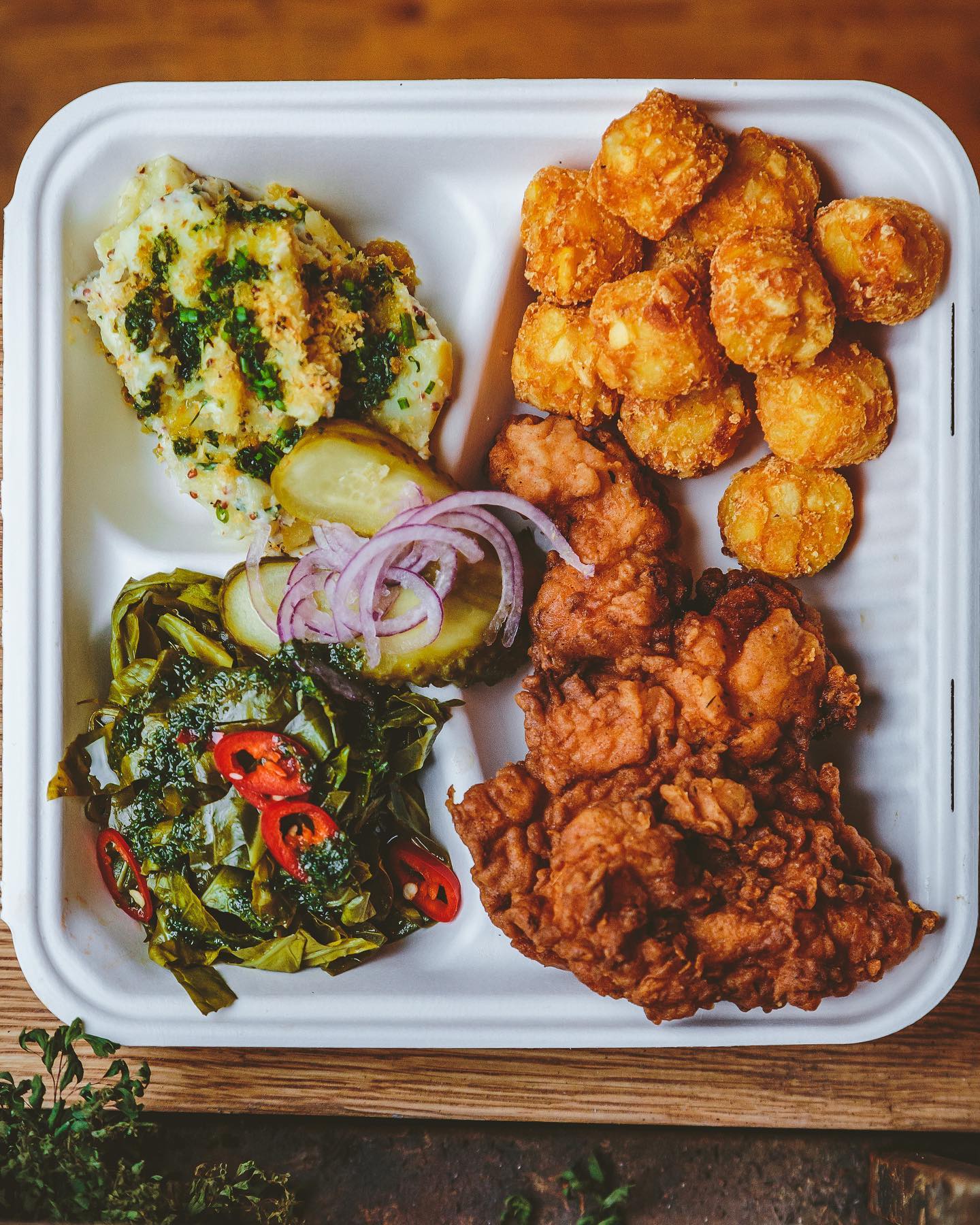 They’ve got Tots, Corn on the Cob, 3 Cheese Mac and Cheese, Mustard Seed Potato Salad, Pit Beans, Collard Greens, Flatbread and Slaw. Whatever combination you’ll try, it’s sure to be a winner.

Kong’s are also offering their infamous jam-packed sandwiches that all come with a side of tots. You can either choose from Kong’s Signature Chicken Sandwich, with slaw, chunky burger sauce, iceberg, pickles and chicken skin crackling, the Beef Brisket French Dip – a crusty baguette filled with beef, onion chutney and a side of dipping gravy or the Pork Belly Banh Mi. This consists of crispy pork belly, pate, pickled carrots, coriander and sriracha mayonnaise. 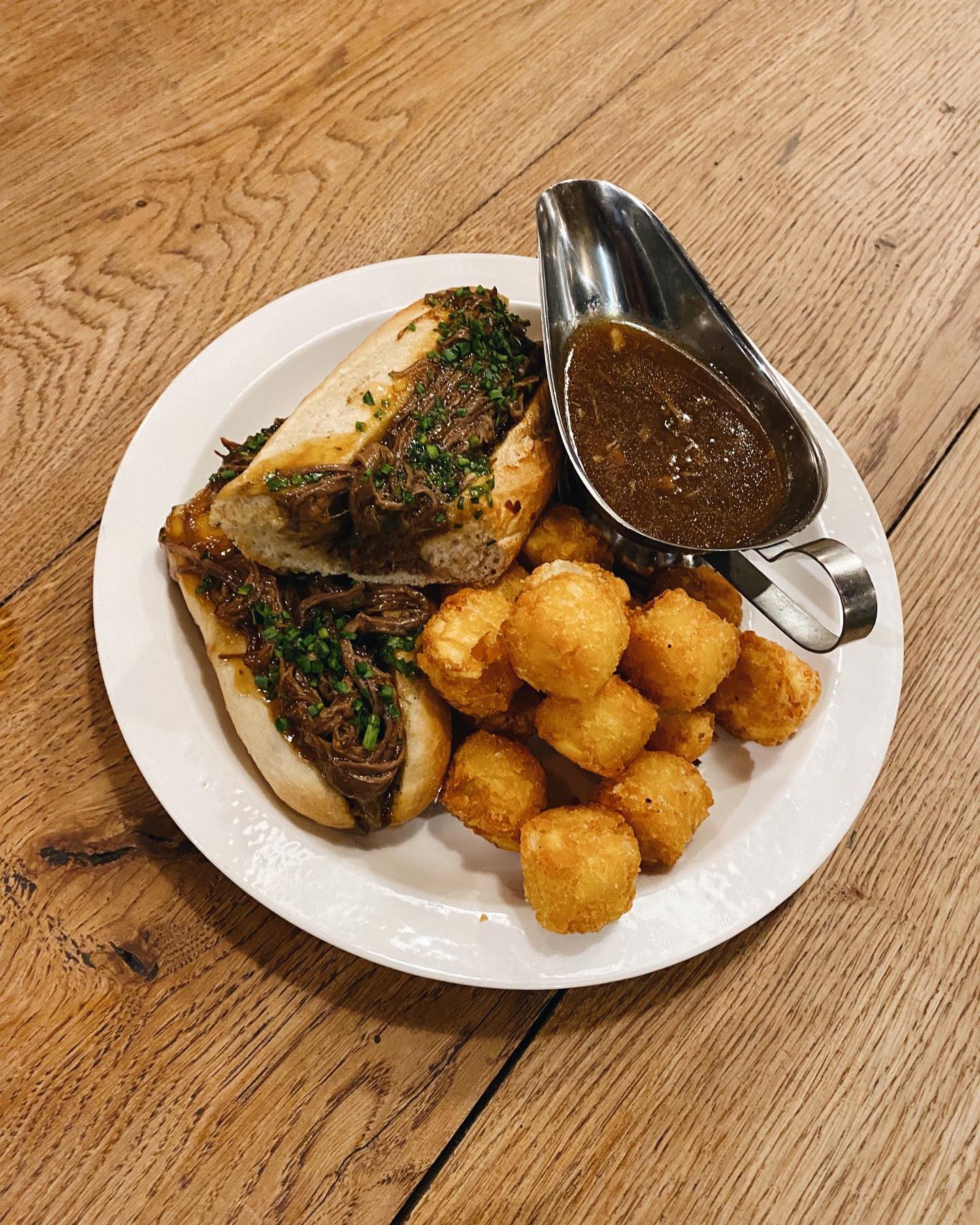 All of this sounds absolutely mint to me, I’m pretty much drooling all over my keyboard and I absolutely will not be able to think of anything else until I get my lips around one.

If you’re feeling the exact same, then Kong’s Meat and Three is available all day Wednesday – Sunday at Northern Monk. You can thank me later.