NEW EXHIBITION: The Early Years of Factory Records at the Science & Industry Museum

Use Hearing Protection: the early years of Factory Records, to open at the Science and Industry Museum from 19th June... 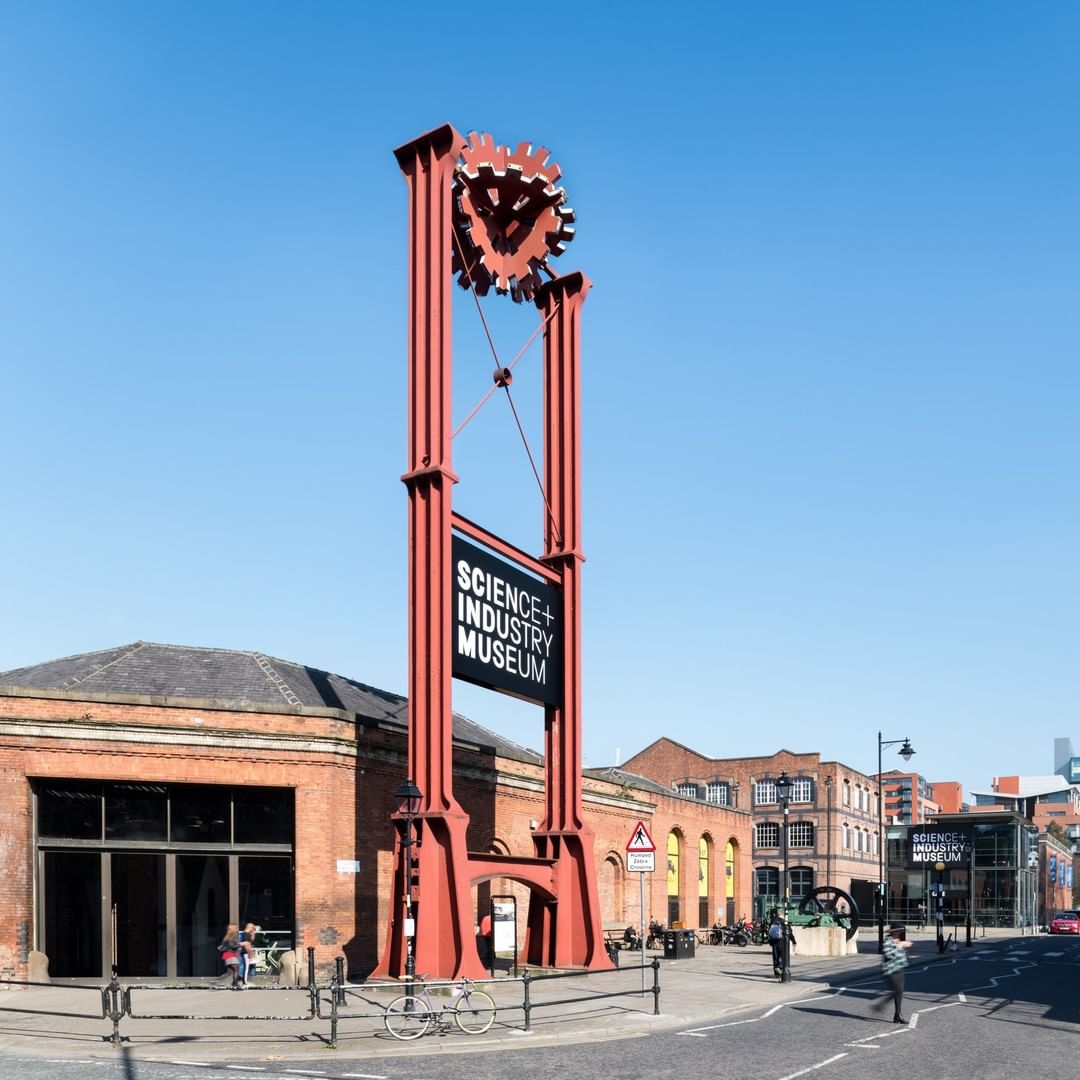 A new exhibition at the Science and Industry Museum will reveal the lesser-known stories of one of Manchester’s most influential record labels and celebrate its place at the heart of the city and the UK’s music and creative industries.

Following the Covid-19 pandemic, the museum has unveiled a new opening date for Use Hearing Protection: the early years of Factory Records – a new exhibition that will shine a light on the little-revealed early period of the label and trace new outlines of its famous history. 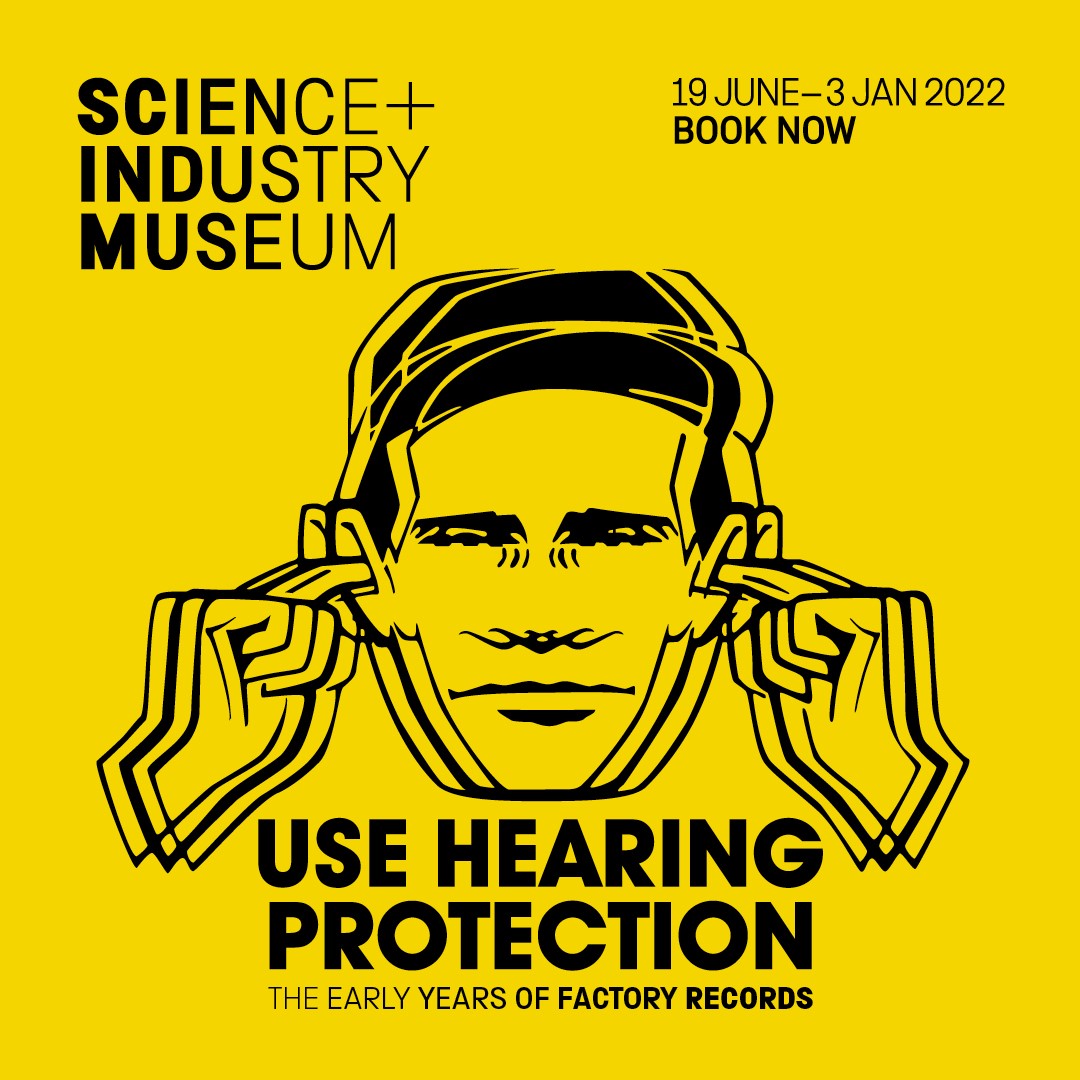 It tells the story of Factory Records’ formative years from 1978 – 1982, exploring how contemporary post-industrial Manchester allowed the label to spearhead innovation in the fields of music, technology and design, giving the city an authentic voice and distinctive identity.

Founded by Tony Wilson and Alan Erasmus, the label played an influential part in the city’s transformation from an industrial powerhouse to a beacon of art and culture by reclaiming its past and leading a new wave of creative industries, a move that continues to influence the city’s culture today.

Visitors will be guided through the lesser-known story of the pre-Haçienda years, uncovering the history of the label and how it earned its status as a catalyst for innovation. 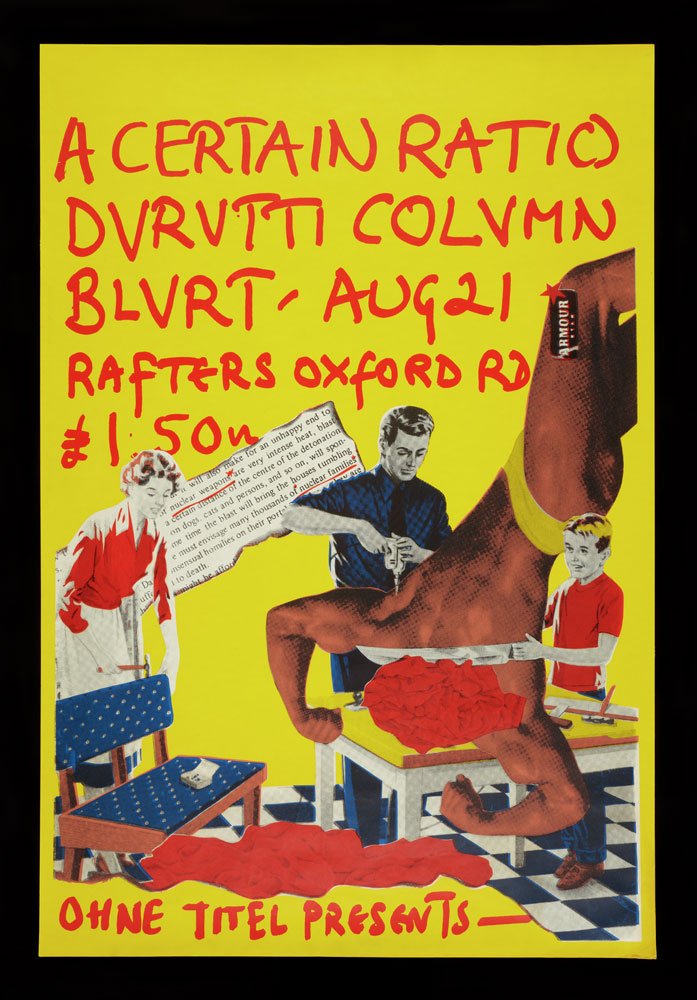 Poster to promote A Certain Ratio and Durutti Column show at Rafters, 1980

The first 50 numbered Factory artefacts will be on display, including the iconic FAC 1 poster, designed by Peter Saville, as well as items relating to Joy Division, New Order and The Durutti Column.

A series of amplified stories will shed light on individuals who played an important but lesser-acknowledged role in Factory’s early years, including five key women involved in its beginnings – Lindsay Reade, Lesley Gilbert, Gillian Gilbert, Ann Quigley and artist, Linder.

Seldom-seen archive materials and objects will give visitors an exclusive insight into the Factory Records story, a highlight being Ian Curtis’s Vox Phantom guitar, played live and featured in the official Love Will Tear Us Apart video, which will be on public display for the first time in over 30 years.

As well as discovering previously untold stories about one of Britain’s most important independent record labels, audiences will be immersed in its music through interactive experiences that offer the opportunity to get hands-on with technologies of the time that have gone on to change the face of popular music, including a mixing desk and synthesizer (visitors will need to bring their own headphones to enjoy these experiences). 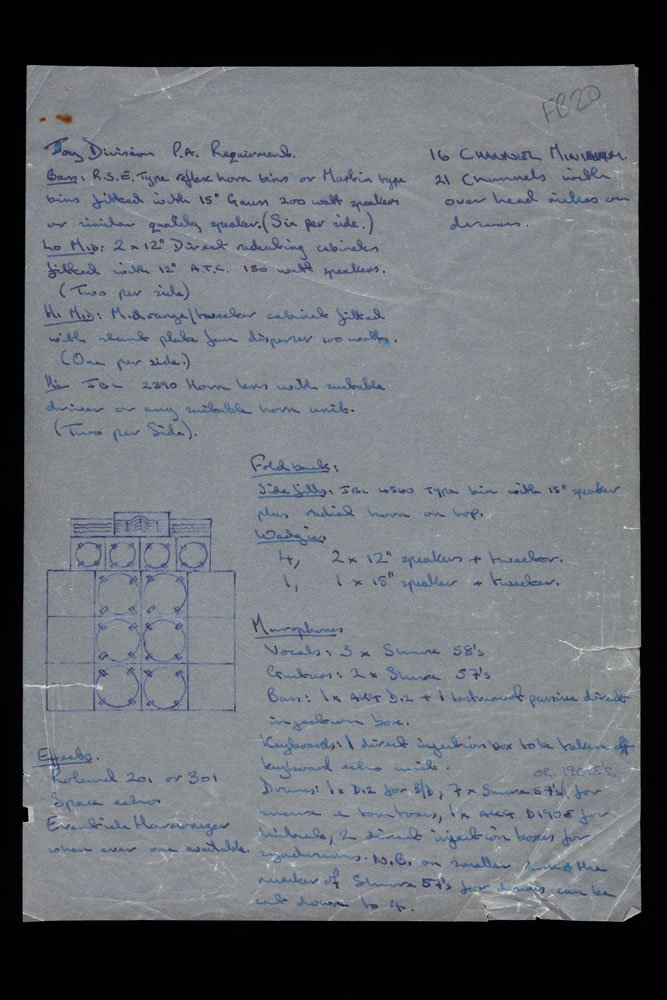 The ‘Gig Room’ will also transport visitors back in time through large-scale projections of early live performances by bands on the Factory Records label.

The geography of the city and its suburbs inspired Factory’s visual agenda, and its iconic aesthetic has been reflected throughout the exhibition’s design.

Ben Kelly, who collaborated on record sleeve designs with Peter Saville for early Factory releases before going on to design the Haçienda, led on the exhibition’s creative direction in collaboration with Manchester-based company Modern Designers, who have brought the vision to life.

Use Hearing Protection has been developed by the Science and Industry Museum in association with consultant curators, Jon Savage and Mat Bancroft, and partner Warner Music UK.

It reinterprets and expands on the original Use Hearing Protection: FAC 1 – 50 / 40 exhibition held at Chelsea Space in London in 2019, and will display a number of items from Jon Savage’s personal collection of Joy Division artefacts (acquired by the museum in 2019), as well as objects loaned from the estates of both Tony Wilson and Rob Gretton, the former manager of Joy Division and New Order. 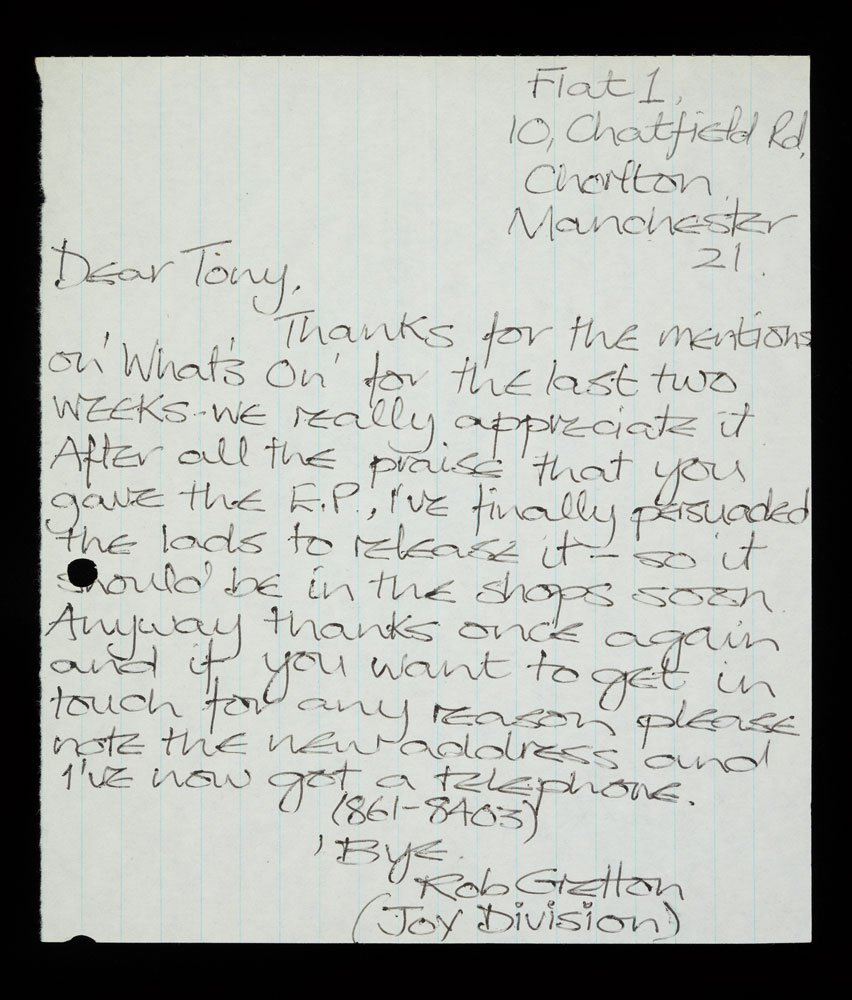 Jan Hicks, lead curator of the exhibition at the Science and Industry Museum, said: “This is an unmissable exhibition for anyone eager to explore the origins of this influential label and its long-lasting legacy.

“The early years of Factory Records did so much to influence the city and the UK’s contemporary creative industries, and this exhibition explores why its unique development could only have happened in Manchester at this time and involving this group of people.

“It’s a story that the Science and Industry Museum is uniquely placed to tell. Factory Records was hugely influenced by Manchester’s industrial heritage, which we sit at the heart of, and was progressive in its use of digital and electronic technologies, which are again core focuses of the stories we tell here at the museum. 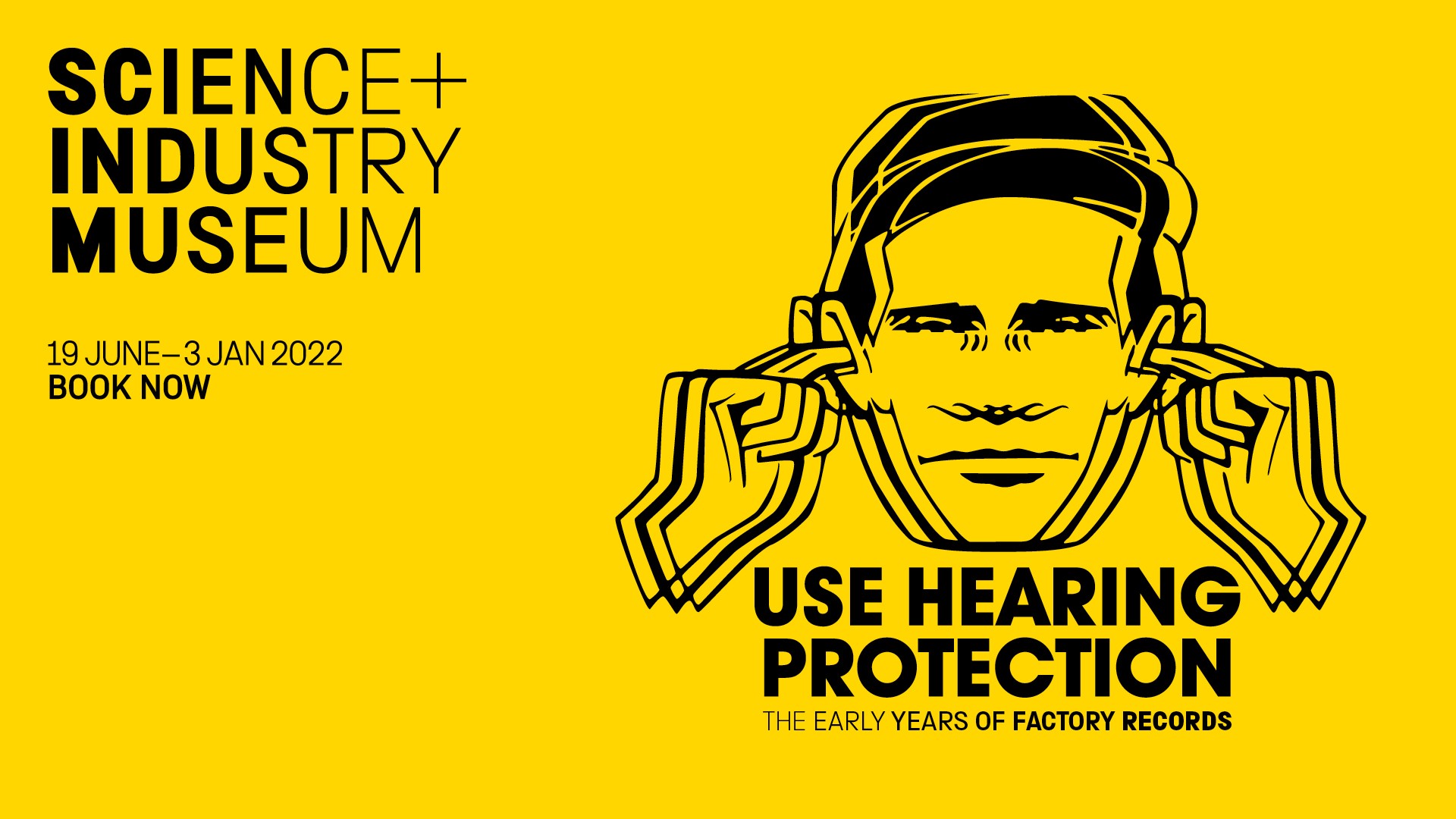 “This is a hugely exciting exhibition. Having been originally planned to take place last year, I’m delighted we’re finally able to bring the experience to our visitors. We’ve taken the additional time to expand the objects and stories available, giving audiences access to a rich collection of Factory artefacts, first-hand accounts and immersive experiences that transports them back to an era where Manchester’s contemporary identity was formed.”

Use Hearing Protection: the early years of Factory Records at the Science and Industry Museum is a new exhibition, supported by the Players of the People’s Postcode Lottery.

Tickets are available now and are priced at £8 for adults and £6 for concessions, with under-12s going free.

For more information or to book tickets…

A UK First: What is Ancoats’ NEW ‘Mobility’ Centre?