Decent Drop are promising a cheese and wine evening the likes of which you've never seen before... 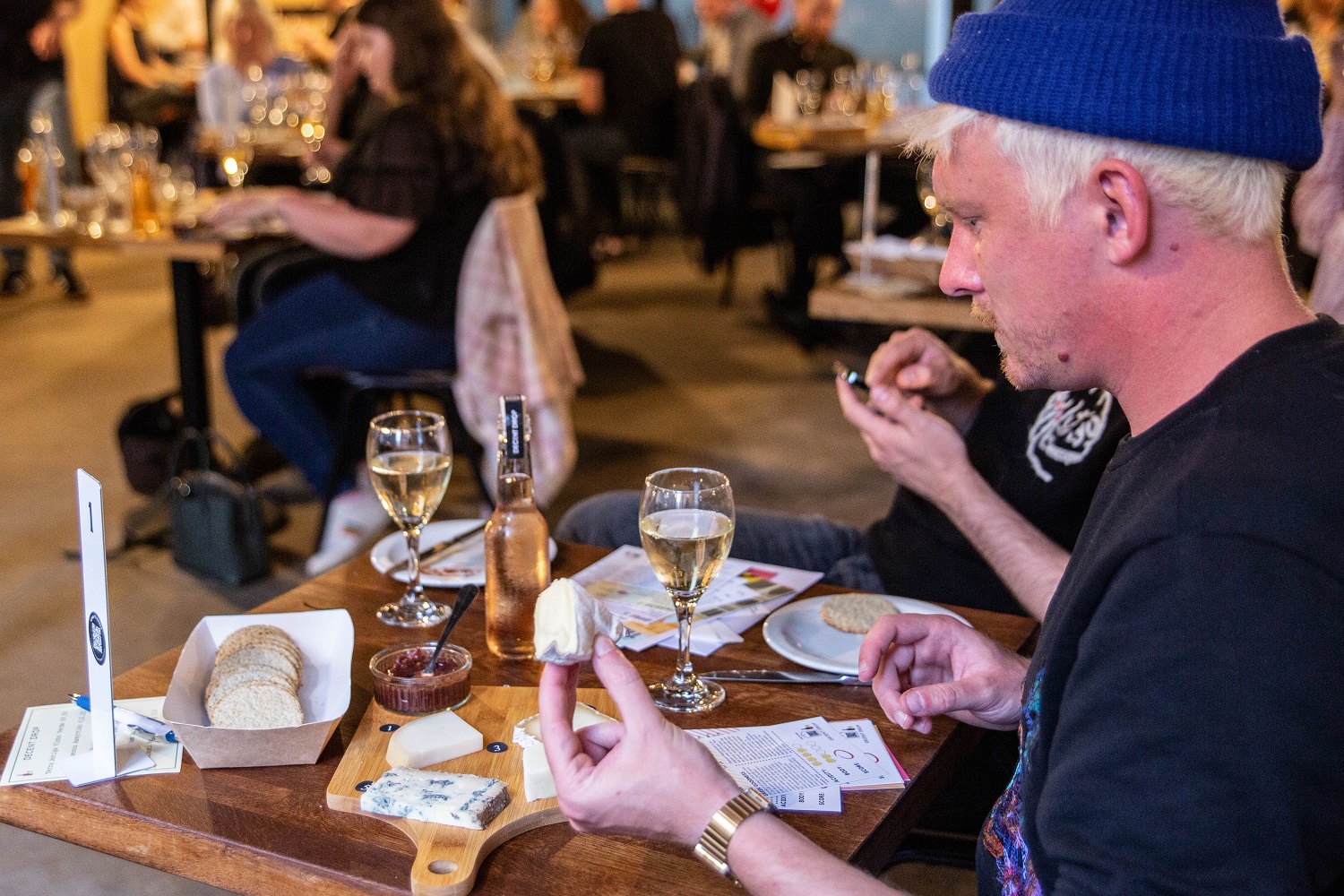 I’d say that around 89% of the time, Cheese & Wine evenings are rather stuffy affairs, sitting around tables and talking in depth about the bouquet of a red wine which ends up costing more than your entire rent for a year and, if we’re being honest, doesn’t taste much different than that bottle of plonk you tried at ALDI over the weekend and cost you £6.

The thing is though, the last couple of years has seen a flood of interest and activity in the wine world, with many people who previously weren’t that interested really starting to get involved. One of the reasons for this is the proliferation of unique natural wines that have started flooding into the city. 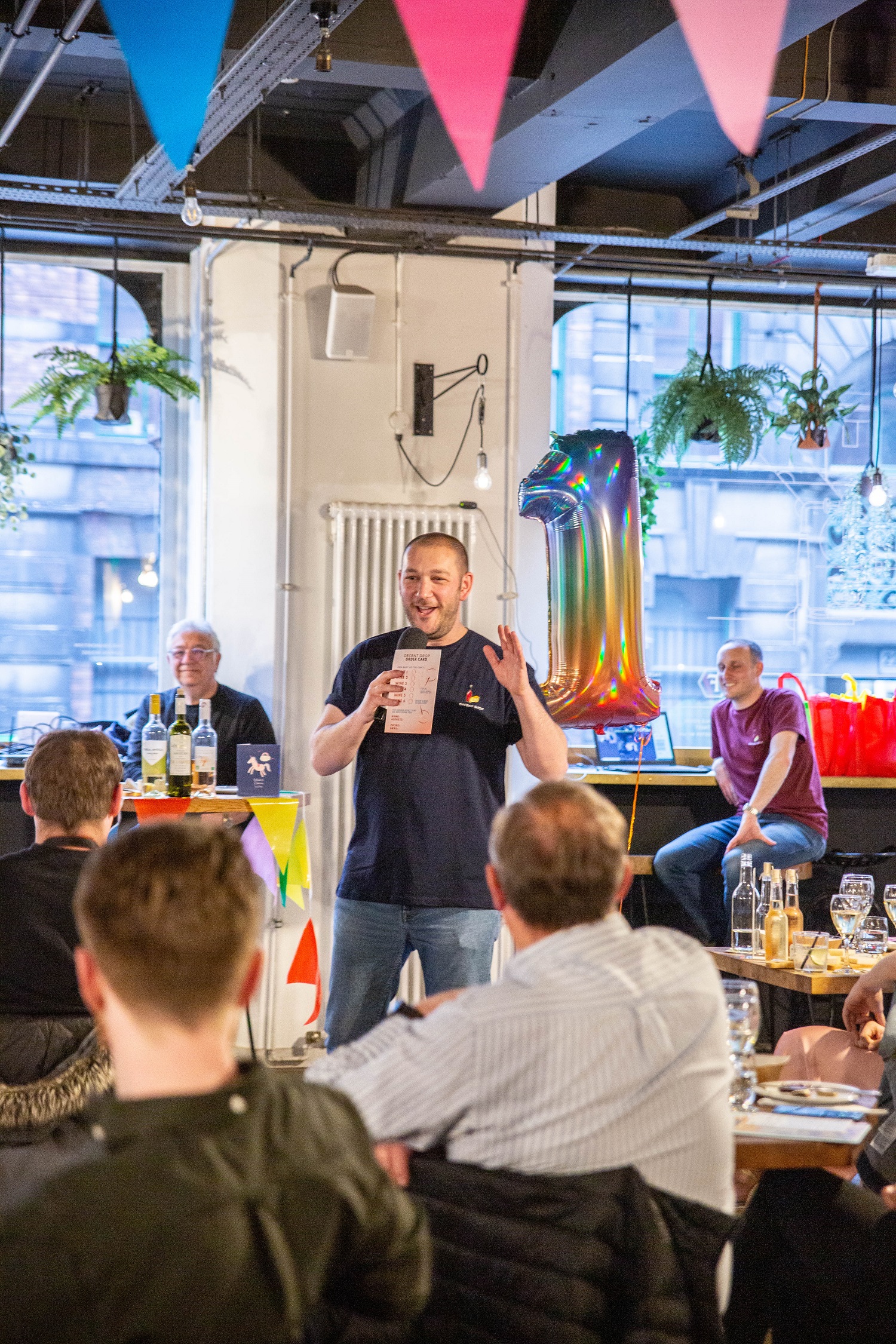 The world of wine is slowly becoming less about some fella with a tweed suit and a love of classical jazz and more about some young folk, wearing Carhartt and sipping some natty wines before they bob off to La Discotheque for a night of debauchery.

It’s now all about the likes of Wolf at the Door, ERST, Vin de Bodega and Allons-y and it’s all really rather exciting indeed. 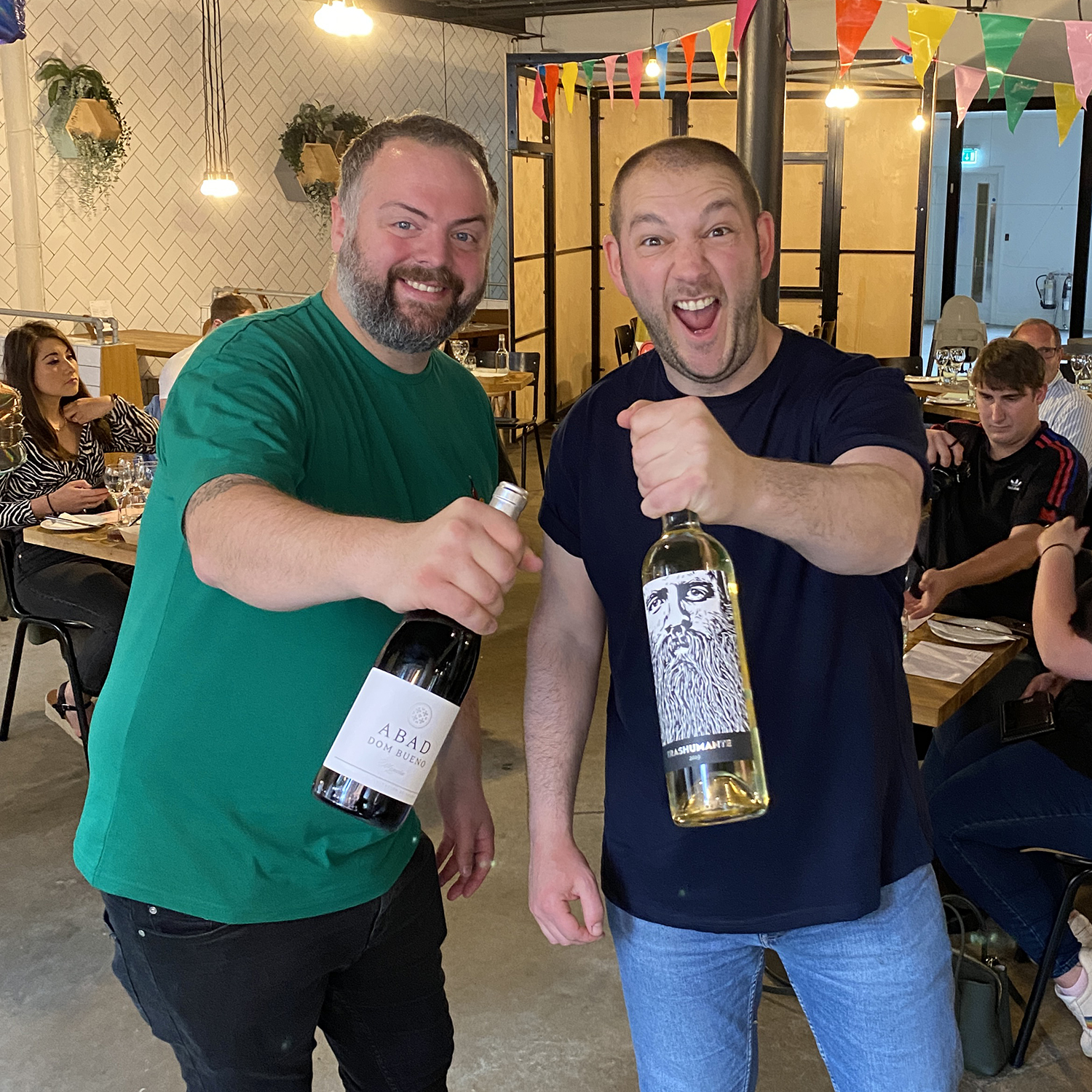 There’s also now a couple of fellas, Carl Peters (previously of Translate Bar, Shoreditch and Apotheca, Manchester) and Ian Howard (That Wine Fella) who during lockdown started ‘Decent Drop‘ a “re-imagined, action-packed, interactive extravaganza” held every couple of weeks over Zoom on a Saturday night.

Now that we’re out of lockdown, they’ve started doing real-life events now too, kicking off with their first birthday last week and hitting the city with a flurry of wine, cheese and mad prizes on Friday 25th June at Foundation Coffee House in the Northern Quarter. 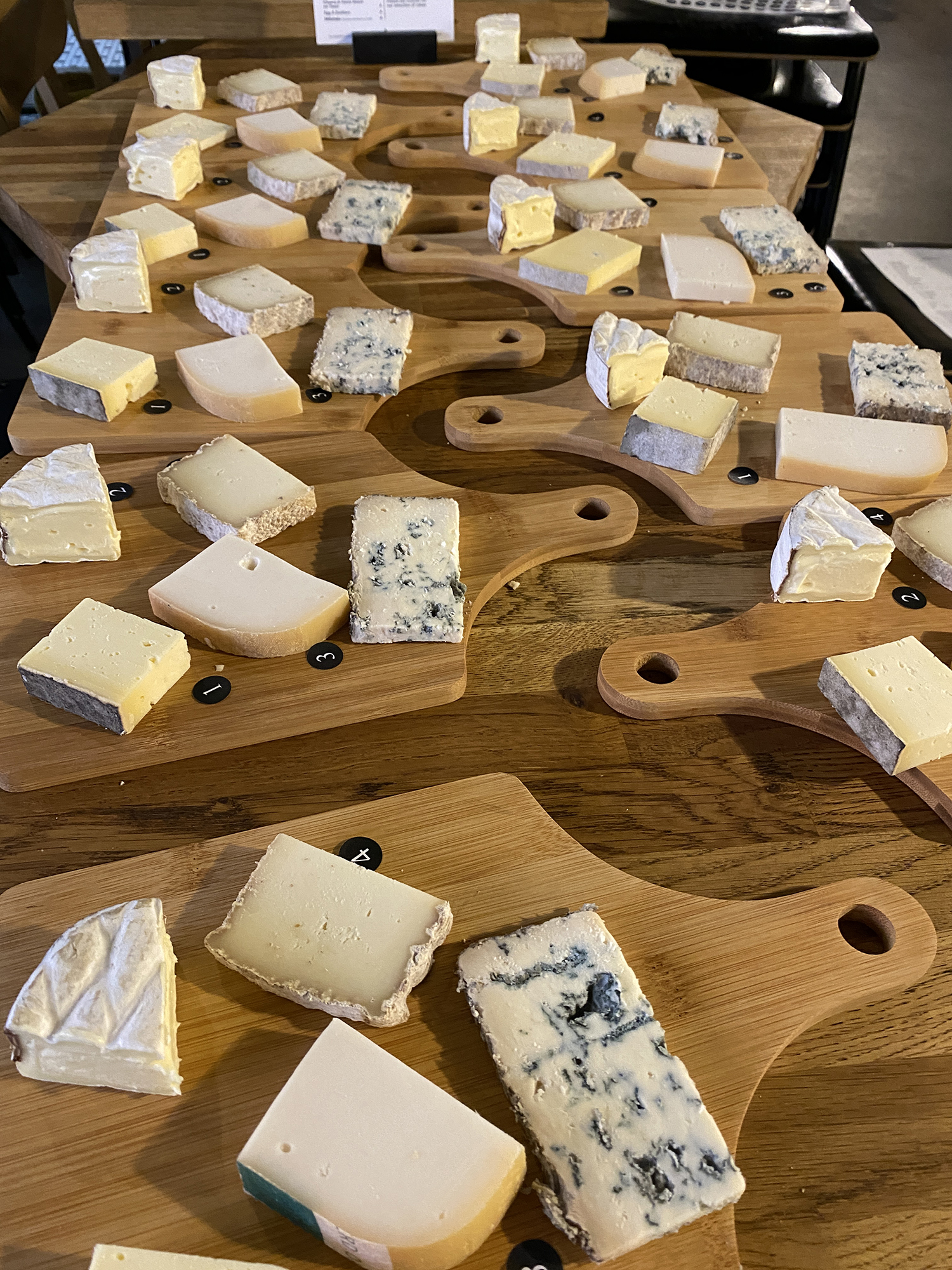 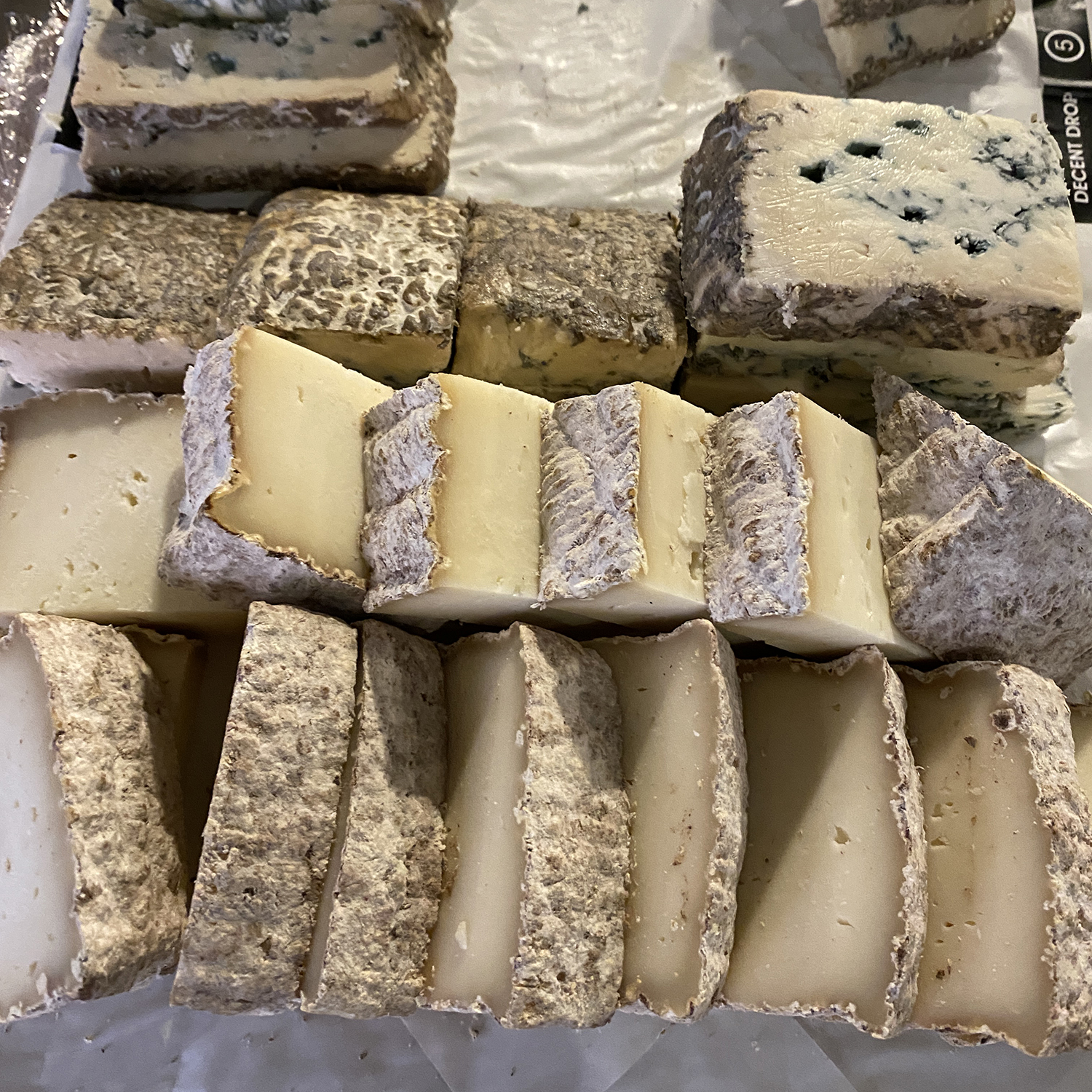 It promises to be a MUST for anyone who loves cheese, loves wine and loves a proper good party – as they throw the usual rules of a traditional wine and cheese tasting event out of the window and go a bit bloody crazy with it all.

6 different wines, tonnes of cheese and some “unbelievably mediocre prizes”, they’re also promising a HUGE 5kg cheese wheel on the night too! 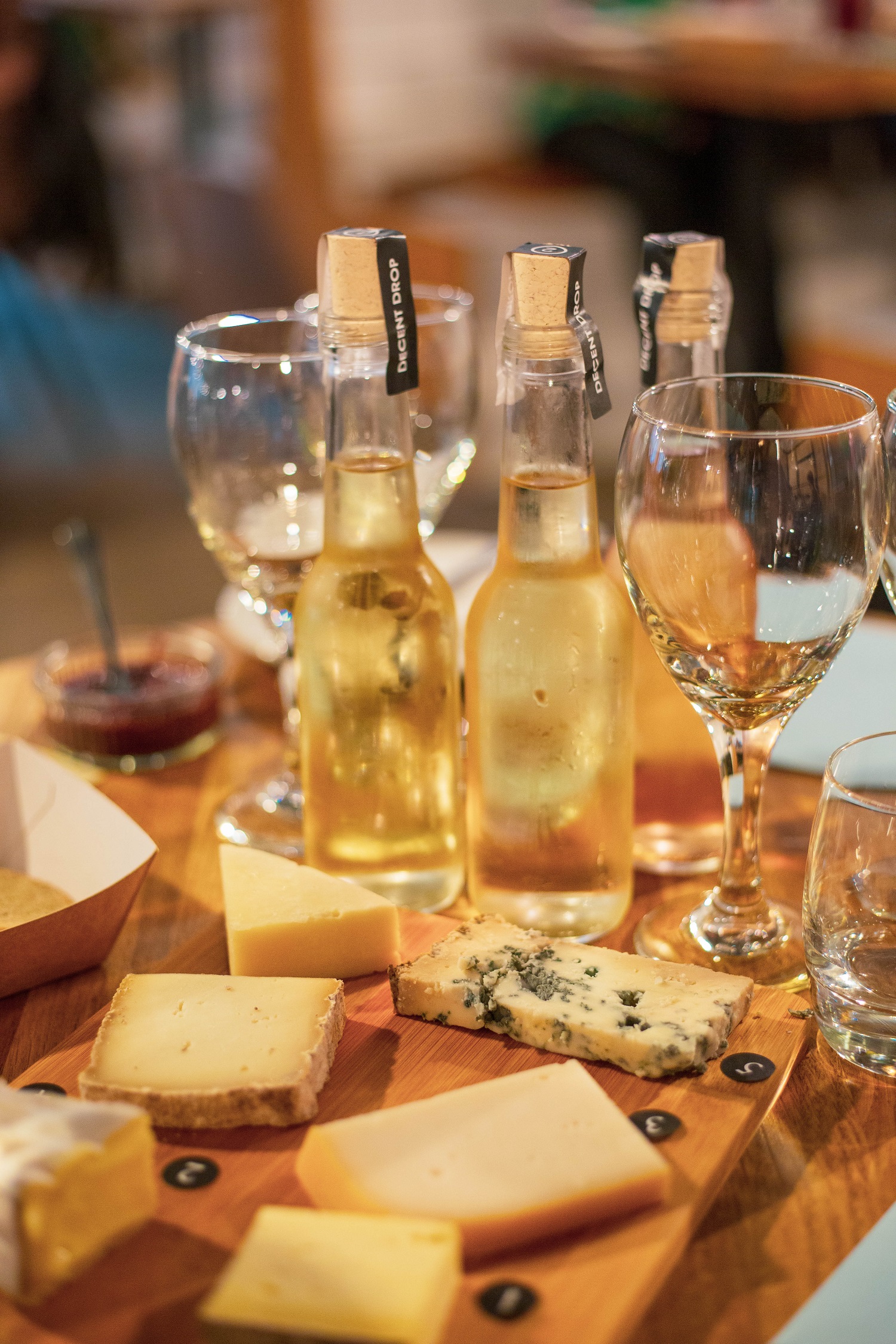 “The high-cholesterol Chuckle Brothers” have called it ‘Chat Cheese, Get Wined: The Ultimate Wine & Cheese Party‘ and it wouldn’t surprise me if everyone ended up either on the floor or dancing on the tables by the end of the night!