13 of the Best Espresso Martinis in Manchester

Did you know: The Espresso Martini is officially the UK's favourite cocktail?

As an avid supporter of this delightful mix of vodka, espresso and coffee liqueur coming together to create the heavenly concoction also known as an Espresso Martini – here’s the rundown of where you can nab the best ones and what makes them so great… 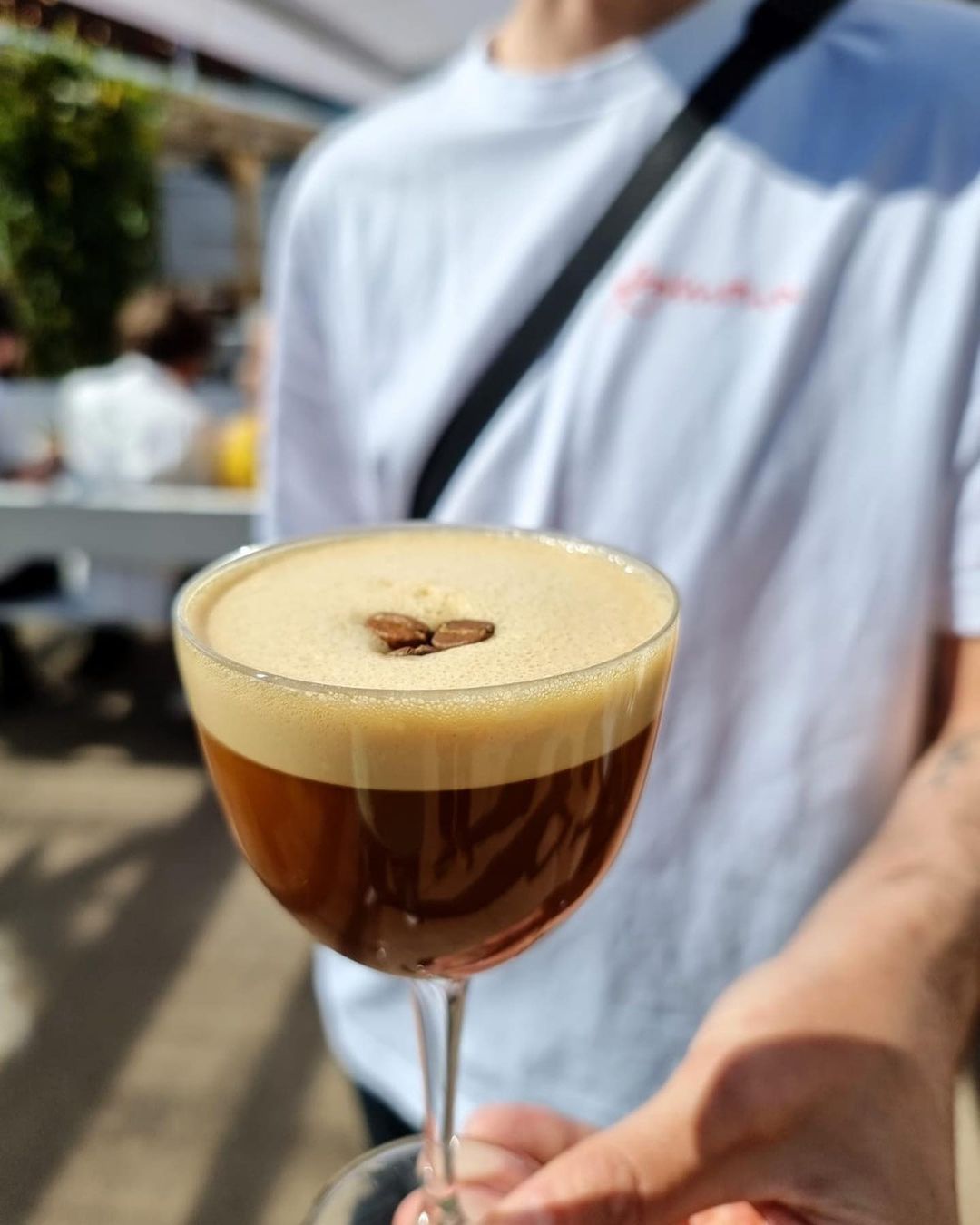 ‘Campfire Espresso Martini’ at Ramona
It’s the place we’re all talking about right now – and for good reason! Ramona’s Campfire Espresso Martini is a mega blend of Stolichnaya Red Vodka, Borgetti, Blossom Espresso and vanilla and goes perfectly with just about anything from their Focaccia-based slice bar. Whether you plot yourself cosily inside or brave the elements outside by the campfire beer garden, these Espresso Martinis will sort you right out. 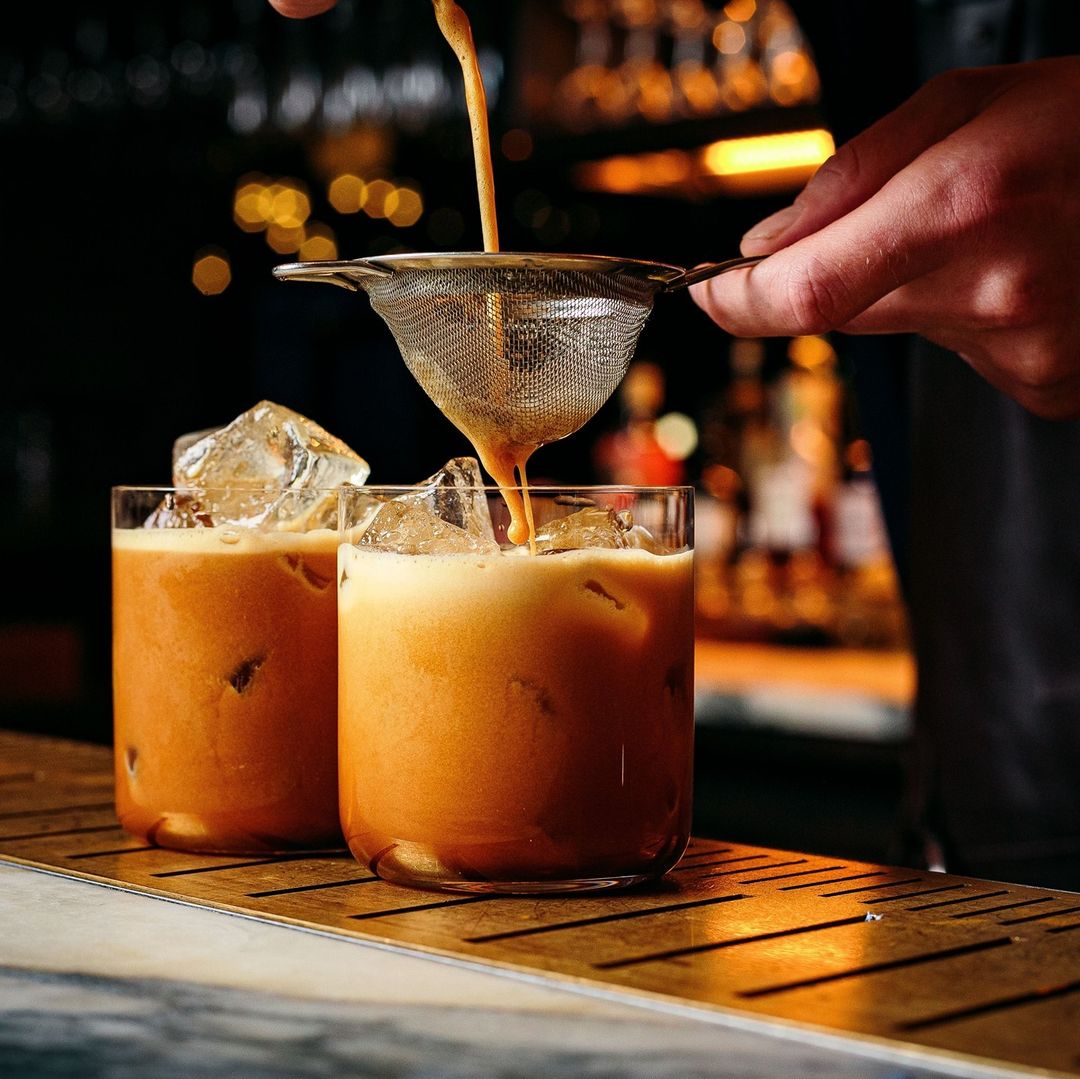 ’99 Problems’ at Three Little Words
Nestled under the Watson Street arches lies Three Little Words, über cool spot with exposed brick walls to add to that industrial Manhattan vibe it’s got going on. To really feel the city-slicker energy, ask for their swanky spin on the classic – 99 Problems. Made with Signature Gin, Amaretto, Amaro, Espresso, Dandelion and Burdock – this is definitely Three Little Words’ very own twist on the much-loved favourite. 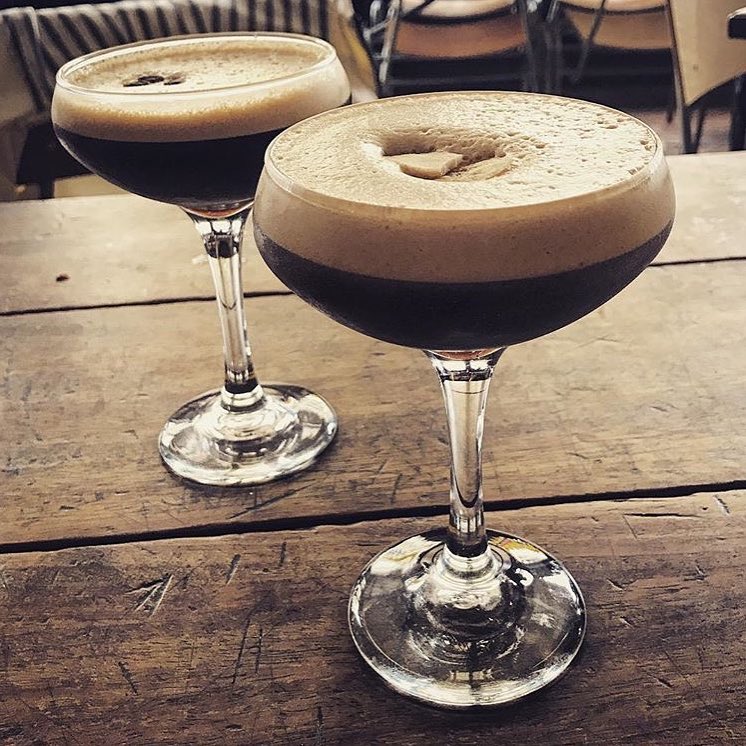 ‘Espresso Martini’ at Federal
The star of a million Instagram posts, you’re likely to see Espresso Martinis lining the walls, floors, tabletops and the hands of all the people poking the yolks of poached eggs and chomping down on smashed avocado in Federal every weekend. This place is always packed, so once you’ve queued up and got your massive plate of amazing food – you might as well partake in one of their excellent Espresso Martinis which I’ve been told are “as good as the grub”. 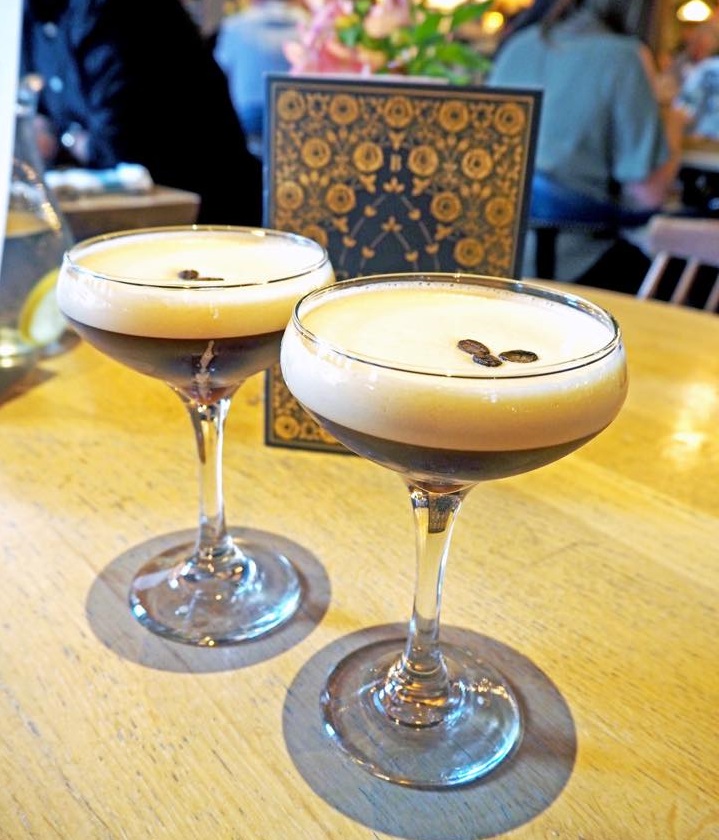 ‘Absolut Espresso Martini’ at Albert’s Schloss
Everyone loves a bit of the old Schloss. Not only is there always a party going on in here, but the food is sublime and the drinks considerable. I usually go for a nice big pint of ice-cold wheat beer, but if I was a fan of the Espresso Martini I’ve been told that Albert’s do one of the best in the city. You’ve got the vodka, Kahlua and espresso shot, but they also add a cheeky little surprise in the form of Patron XO Cafe Tequila, a coffee flavoured drink that even I can endure. “Proper fit” was one source’s concise review. 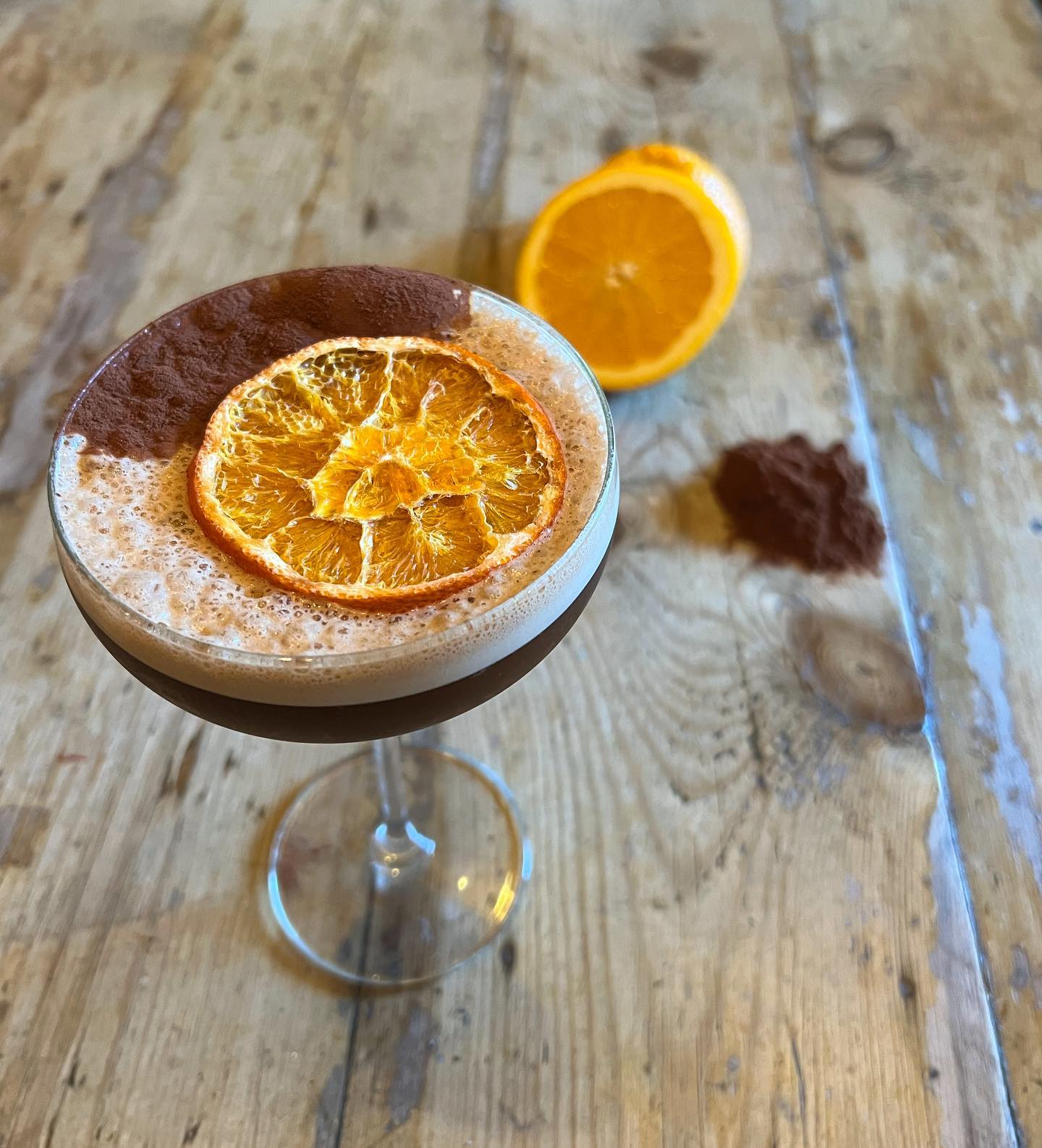 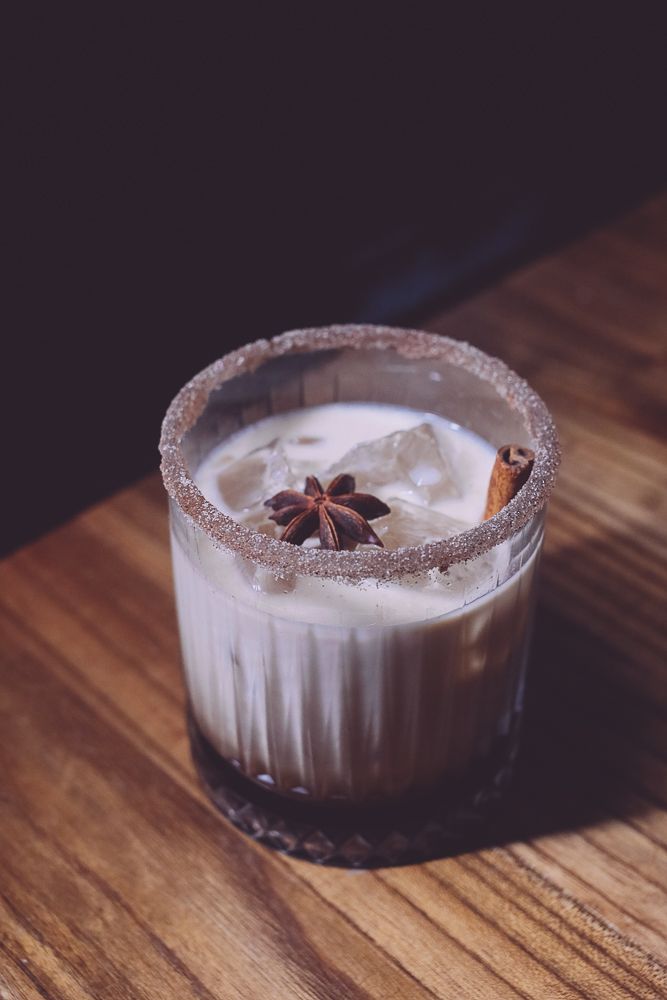 ‘Give It A Chai’ at NAM
Last, but definitely not least by a mile, stands this Ancoats cool-kid. Home to one of the best sound systems in the city, NAM’s weekend lineup of specially-curated DJs playing in their revamped basement bar creates the perfect atmosphere to enjoy a good drink in. For all you out there that don’t do too well with caffeine, NAM has the perfect blend for you in the form of Give it a Chai – made up of Dark Rum, Kahlua, Chai Syrup, Half Cream and finished off with a healthy smattering of Cinnamon. 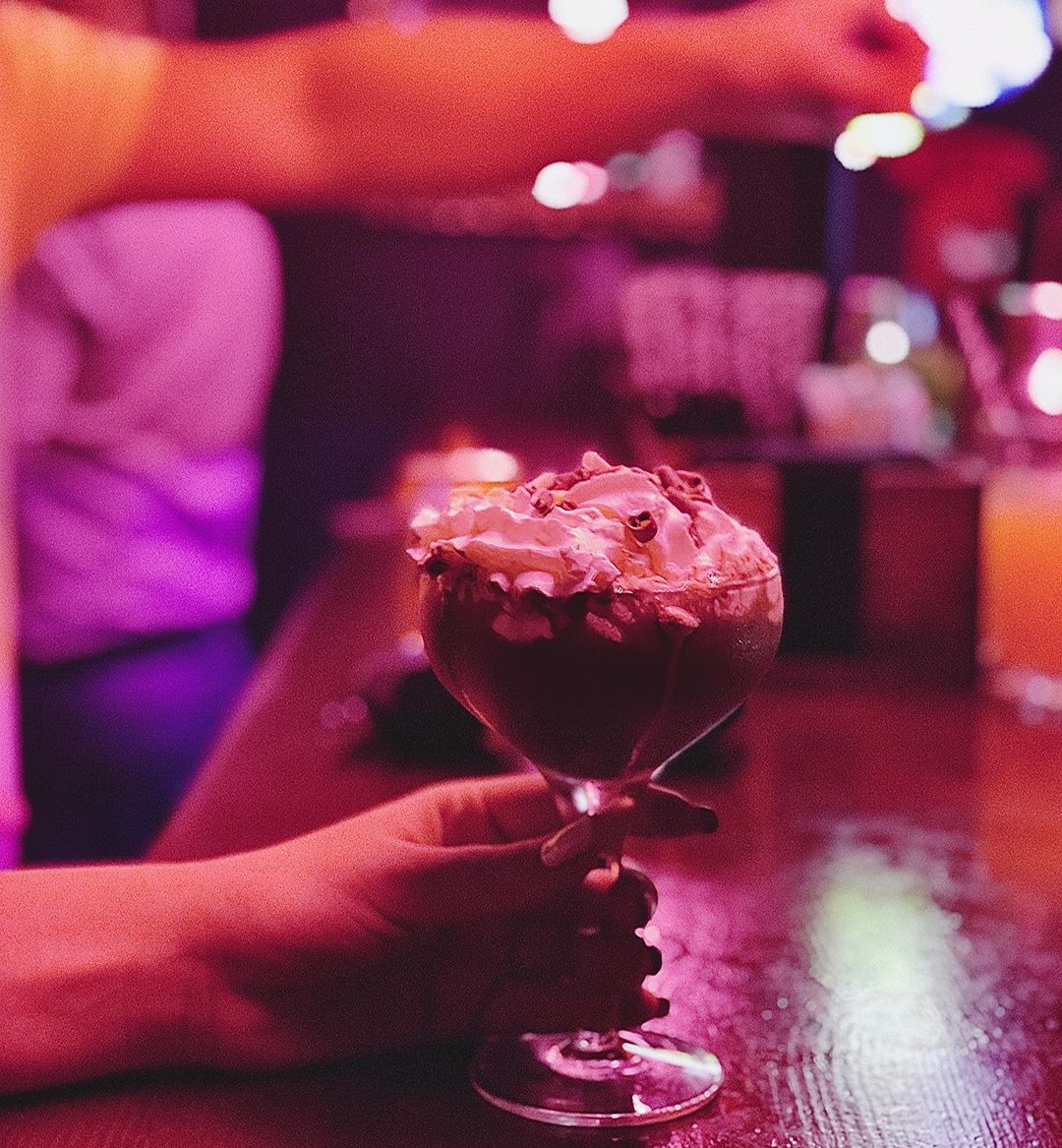 ‘Chocstar Martini’ at Behind Closed Doors
Indulge in a Chocstar Martini at this debauched cocktail joint in NQ infamous for its NSFW phone lines and vintage erotica décor. Try BCD’s chocolate version of an Espresso Martini using Absolute Vanilla Vodka, Kahlua Coffee Liqueur, espresso mix and topped all off with heaps of whipped cream and chocolate. 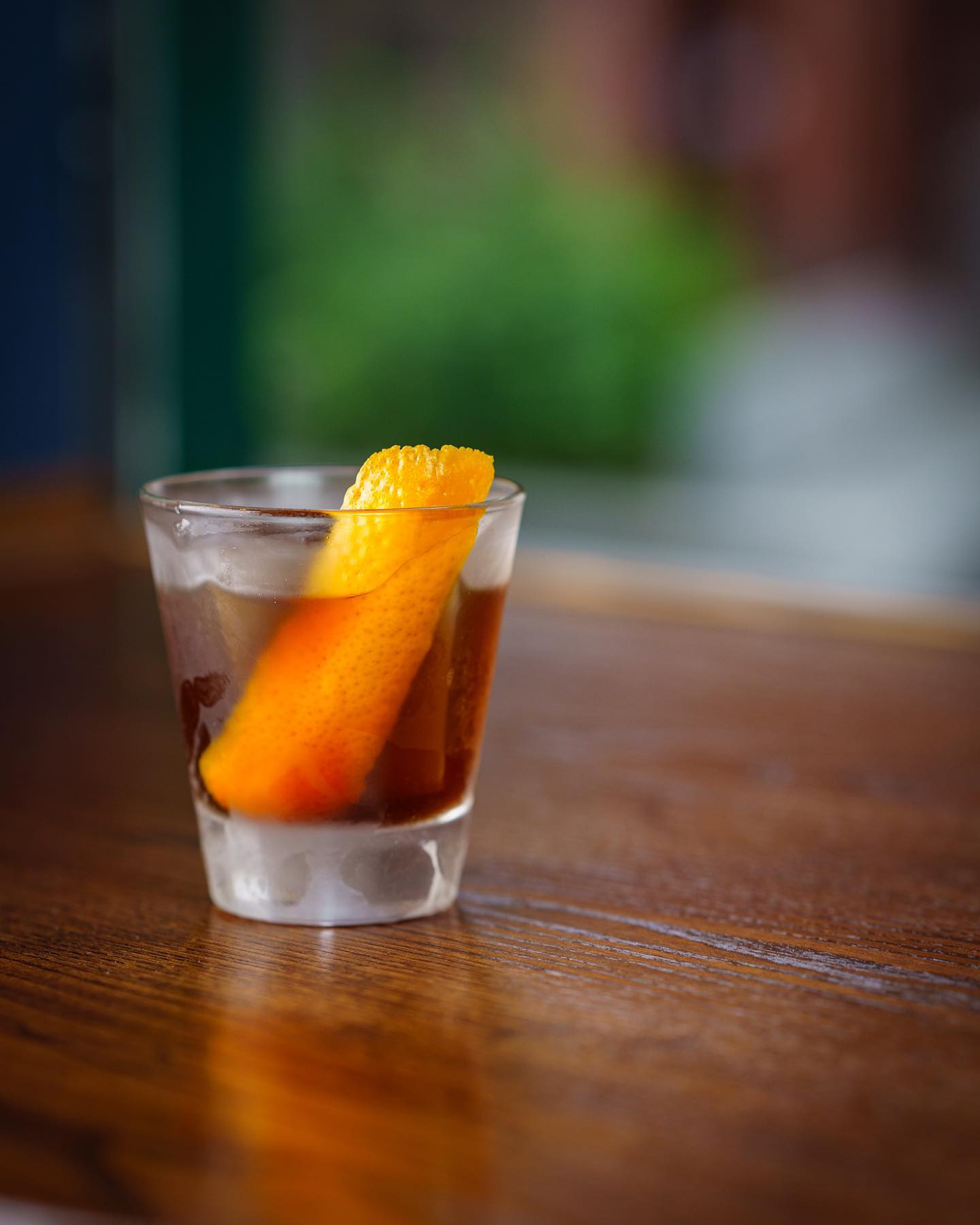 Sobremesa at Schofields
No cocktail list would be complete without an appearance by the truly excellent Schofields just off Quay Street, and their ‘Sobremesa’ is a coffee-fuelled masterpiece. They take Finlandia vodka and add coffee, raisin, vanilla and chocolate – creating a dessert-like drink that really packs a punch. 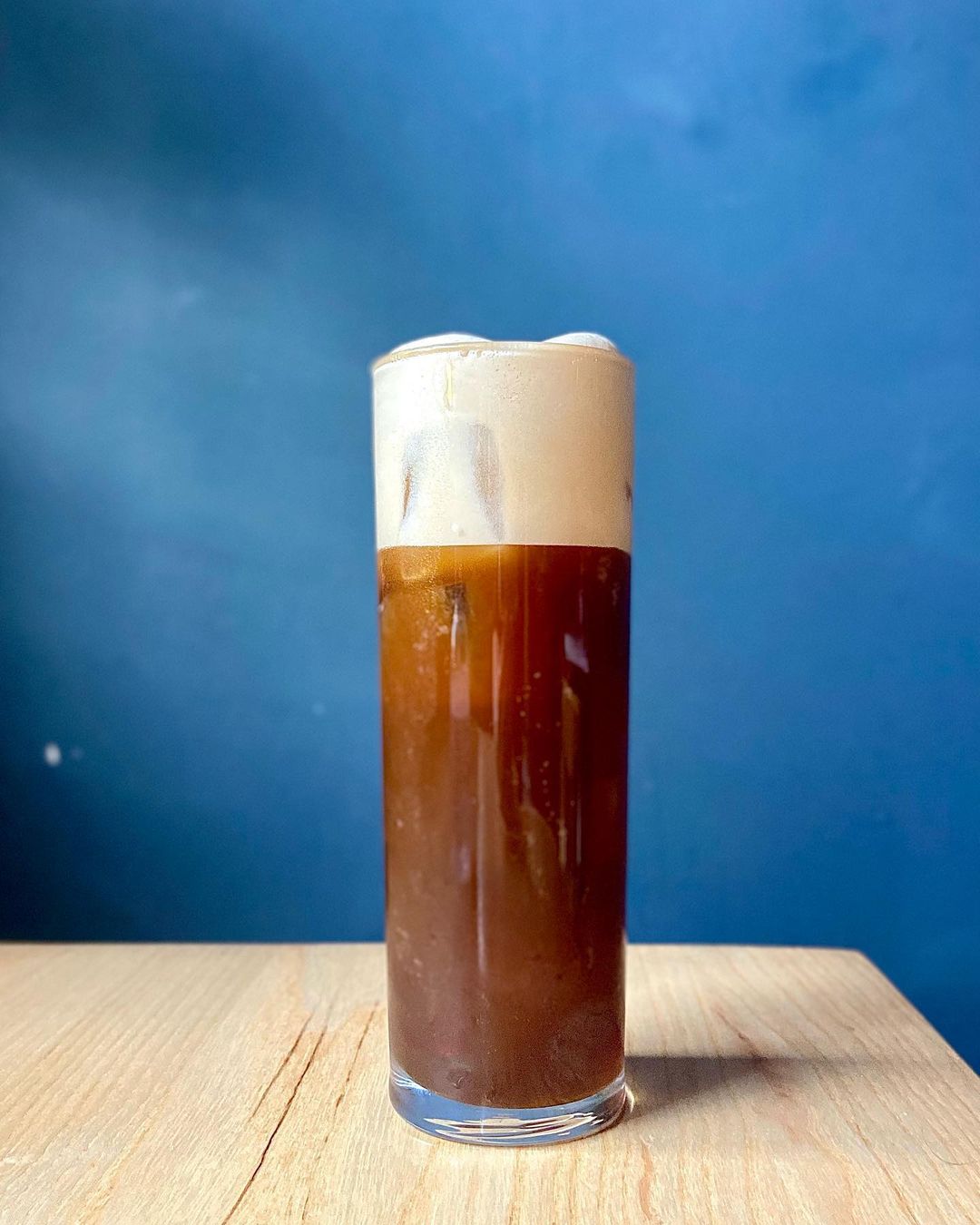 ‘Mitch’s Hawaiian Friend’ at Lost Cat
An impressively mad twist on the classic Espresso Martini, this creation from Lost Cat throws pretty much everything out of the window but still retains that boozy-coffee hit that makes this classic cocktail so damn good. They take some dark rum from the shores of the Caribbean and then add coffee, a homemade Guinness syrup and finally – toasted coconut. It’s exactly as delicious as it sounds. 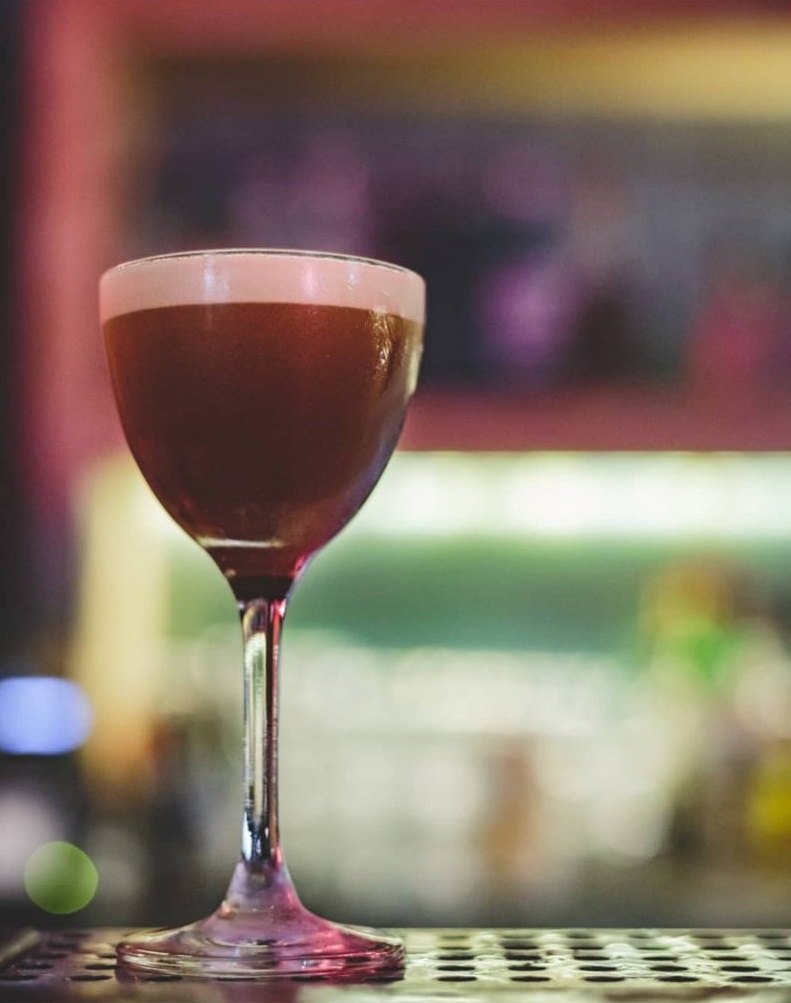 ‘Espresso Martini’ at Cocktail Beer Ramen + Bun
Feeling hungry and fancy some good sit-down grub? Head to Manchester’s multi-award-winning late-night ramen joint. While it’s true that we all love a bit of bao bun action, this little gem, also on Oldham Street, makes a mint Espresso Martini – along with a load of other house favourites. Kick the weekend off proper with one of these bad boys, perfect to sip on post-noods! 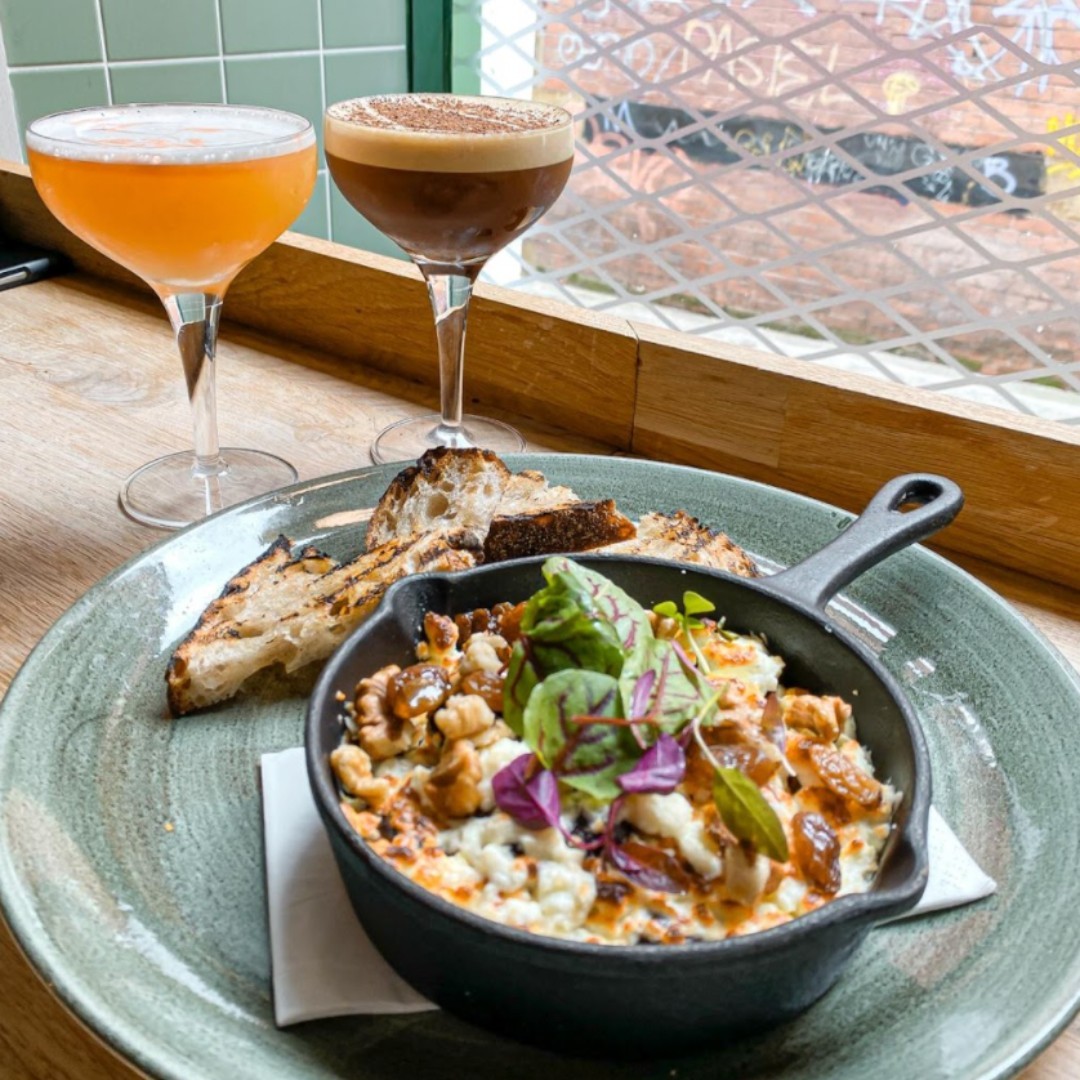 ‘ButterShot’ at BAB
Home of the kebab that is worth sitting down for, BAB is also home to an unrivalled list of some quality cocktails. Alongside their banging babs, loaded fries and mint mezze selection is a caffeine-butterscotch-vodka explosion. Ask for their ButterShot; it’s a unique fusion of Ketel One Vodka, Mr Blacks, Butterscotch, Liquor 43 and, obviously, Espresso. Who would have thought Espresso Martinis could pair so well with a kebab? 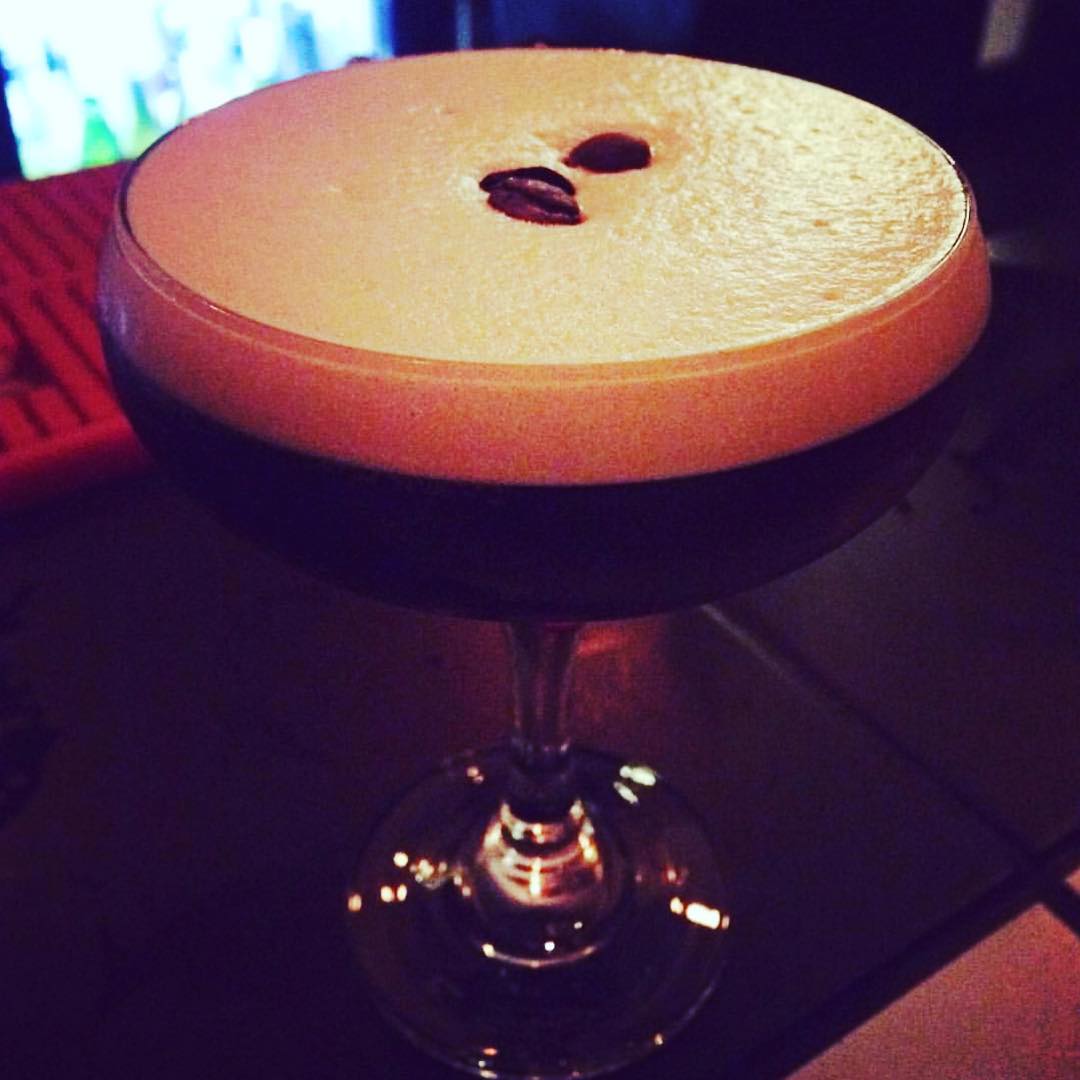 ‘Espresso Martini’ at Saison
Serving up an Espresso Martini as we all know and love it is Burton Road’s Saison. Made with Coffee Liqueur, Vanilla Vodka, Espresso and perfectly shaken on ice – this one will not disappoint. Accompanied with a banging line-up of Saison’s late-night entertainment from live jazz to quizzes to open mic nights, what’s not to love? 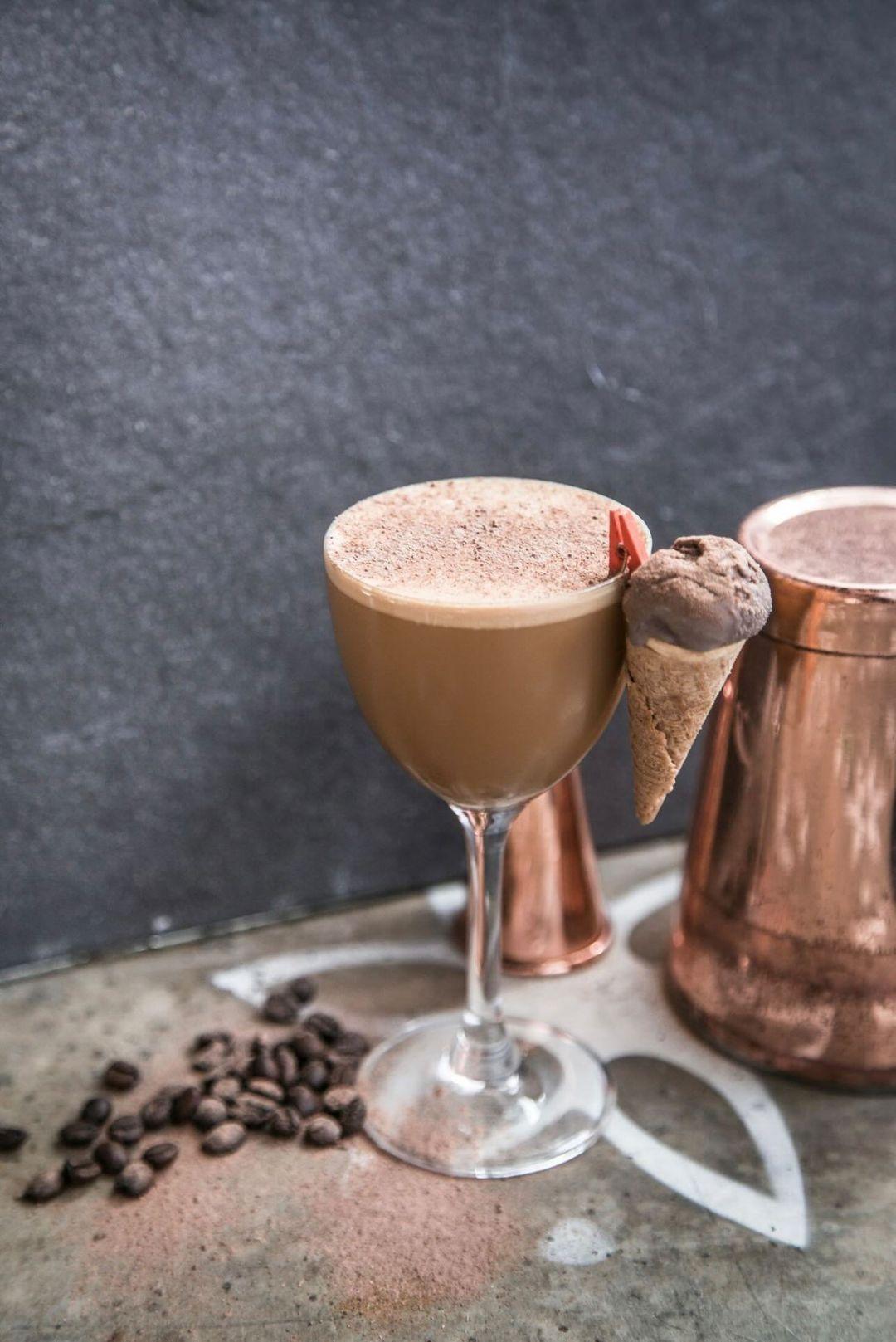 ‘Twister Tiramisu’ at The Laundrette
Sitting pretty on the famous Chorlton hotspot, Beech Road, is this bijou bar selling killer cocktails alongside some very imaginative pizzas. Their answer to your bog-standard Espresso Martini is the Twister Tiramisu made with Patron Café XO, Dark Chocolate Mozart, mascarpone cream and, you guessed it, Espresso. With a heated terrace and excellent scran to pair, The Laundrette is a brill place to wind down or, equally, wind back up in.