To celebrate another year for Cottonopolis, they’re throwing a huge birthday bash with an all-star line-up including Andy Smith of Portishead, Joy Social, Will Tramp. It's this Thursday and everyone is invited!

Cottonopolis burst on to the Manchester bar scene a little under two years ago and since then, this Japanese inspired spot has become known for their legendary celebrations and this one, true to form, will not disappoint.

Thursday 16th November, Cottonopolis welcomes you to join them and a heavy roster of DJ’s from 7pm – 2am. Manchester favourites, Will Tramp and Joy Social will be up first on the decks with their finest selections of house, disco and boogie followed by legendary crate digger and international tour DJ, Andy Smith.

Smith is best known to most people as Portishead collaborator and picked up his legendary status after his seminal mix album ‘The Document’ in 1998. Since then, Andy has kept up his status by consistently emerging with pure gold.

Smith brings his ‘Disco Wonderland’ to Cottonopolis, a concept that was born from a DJ collective he founded in 2012 which reflected the 80’s New York disco scene with inspiration coming from Studio 54 and Paradise Garage.

His set will be filled with undeniable dance-floor fillers and classic anthems, often described as ‘delightfully obscure but highly memorable’.

They are expecting it to be busy so you can get a free ticket from below to guarantee entry!

Get your FREE Tickets 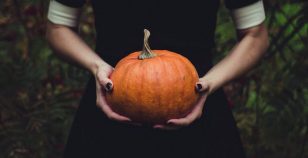 DO YOU DARE ENTER THE GH-OAST HOUSE THIS HALLOWEEN?