‘7″s of Bliss’  will be playing their usual mix of disco, new wave, punk funk, hip-hop, electronica & whatever else jumps out of the 7″s box. Oh yeah, and it is free.

This will be followed by the main event by High Five at Black Dog Ballroom NQ in The Bunker from 10pm-5am which has the makings of one hell of a rave.

As ever High Five has pulled together a line up with The Warehouse Project residents Krysko and Greg Lord being joined by one half of Audiojack, James Rial who will be flying in from Ibiza just to play this party. As ever these guys and the venues have donated their services for free so High Five can maximise the money we raise for this very special event.

The lovely people at Roc and Rye are putting their full support behind this event and have agreed to offer discounted drinks to anyone with a ticket/wristband for the main event and there will also be a raffle with some unbelievable prizes including limited edition Hacienda prints donated and signed by no other than Peter Hook and Whiskey signed by David Beckham and much more. 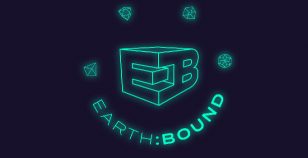