Football is coming home and as such nearly every single establishment and venue in the city has dusted off their LCD screens and will be bashing it out for all to see.

Here are some of our favourite places showing the game this week..

The Range
With 6 of the largest screens in the city, The Range is the perfect place to catch the game – each one is bloody 160 inches! Not only this but you can also fork out £50 and get yourself some bottomless booze for 3 hours while there.

Bunny Jacksons
With a massive screen above the stage, Bunny Jackson’s is a cracking place to watch the game, made even better with some very wallet friendly deals. They have a Happy Hour between 5pm and 9pm where you can get certain cocktails and boilermakers for £5 and this Tuesday and Wednesday will see 10p wings knocking about all over the place.

Castlefield Bowl
Car lot Autotrader have stepped up to the mark and are sponsoring a big screening of England’s semi-final match this Wednesday at Castlefield Bowl. There will be 8,000 people all clamouring to see the match but the atmosphere will be electric and even better if we win.

The Footage
One of the city’s biggest and best places to watch any form of sport, The Footage has a massive screen above the bar and its former life as a theatre makes it perfect for any big event. They also always have a brilliant selection of beers and ciders.

Hatch
A new addition to the courtyard at Hatch, the big screen has been blasting out Wimbledon since it got erected a week ago. They’ll be showing the England game there though, and if we get to the final – we can all go crazy watching it with some ales and street food.

Albert Hall
A quick gander at the Instagram account of the Albert Hall tells us that they’ll be opening their doors this Wednesday from 5pm and will be showing the football for free. The venue is massive, and the balcony will provide the perfect view of all the action.

Second City
Definitely one of the city’s busiest venues when the football is on, Second City in Ancoats have loads of screens, loads of fizzy beer and loads of fried snacks to chow down on while watching the lads. Best get there early to secure yourself a good spot.

Cane & Grain
It might be the best idea ever to have yourself a big rack of ribs and then head upstairs of C&G to the Liars Lounge and catch the footy. They’ve got new cocktail menu in here too which is brilliant.

Volta
West Didsbury now and of course there’s the Railway but with this weather it’ll sure be nice to watch the match out on Volta’s terrace in the sun. It’s perfect for enjoying a fair few small plates while you’re at it too.

Black Dog Ballroom NWS
Perfect in this sunny disposition we’ve found ourselves in, Black Dog NWS have a brilliant rooftop terrace with plenty of screens in which to watch the games. France v Belgium on Tuesday can also be enjoyed with their 2-4-1 pizza offer.

Dive NQ
Head down the steps on Dive NQ and you’ll find more screens that the front window of Dixons, as well as enough booze and food to keep you going for a few hours. They offer a cracking Match Day Platter plus a pint or a prosecco for only £20.

La Bandera
You wouldn’t think of La Bandera, a proper restaurant, as somewhere to watch the footy but they are offering 3 tapas and a drink for £15 for anyone watching the World Cup games in their bar area.

Bierkeller
Hidden in the depths of the Printworks, Bierkeller is home to a vast sports bar which is packing more screens than NASA. They always have some decent deals going on and it’s likely that there will be plenty of standing up on chairs going on.

The Refuge Arms
Hidden underneath the Refuge is the Refuge Arms, a little pub that is packing some serious screen action. They’ve got plenty of beers on tap and the atmosphere will be electric.

Electrik
Find yourself in Chorlton, (or not wanting to head into town with everyone else), then you should get to Electrik who will be offering one of their brilliant Yadda Yadda kebabs, plus a pint for only £10.

The Bay Horse Tavern
Right in the heart of the NQ, The Bay Horse have a lovely bit of screen action which will be showing both the semi-finals this week and the final. They’ve got a cracking selection of booze available, as well as loads of crisps to choose from!

Hotel Football
With a big rooftop football pitch, Hotel Football have the perfect setting in which to show the match, and with a massive 5 x 3m screen – you’re not going to miss a thing. They’re going to be charging £4 for entry and all ages are welcome. To get yourself booked in – head here. 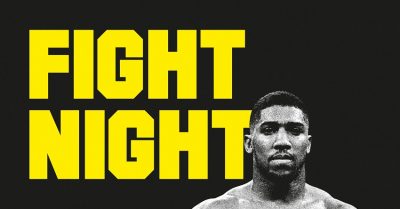