"The best bagels in town" - PRIMO is popping-up at shared workspace SEESAW this June...

If you’ve been to the rather splendid Cloudwater Brewery Taproom recently then you’ll know exactly who PRIMO Bagel are, and I suspect that this will be very pleasant news for you.

If you haven’t had the chance to partake in a bit of PRIMO action, then fear not, because this news is also very pleasant for you because it means that you’re set to have even greater access to these gloriously filled bagels.

PRIMO will be taking over the cafe space at shared workspace SEESAW just off Princess Street from Monday 13th June and they’re having a big party to celebrate.

They launched at the tail end of 2021, the brainchild of a trio of Manchester bakers who decided that they wanted to bring a bit of culinary science and experimentation to the city.

The success of their bagels, they say, is down to the lab-like methodology they bring to the kitchen. It’s more than baking, it’s experimentation and pure craftsmanship, created to pass on their passion for baking with each and every one of their trademark PRIMO bagels.

After stints of personally hand-delivering their bagels around the city centre, and the aforementioned Cloudwater Taproom, they’ll have a proper permanent space in SEESAW – where you can pop in, sit down and generally enjoy their magnificent bakes without any distractions.

Oh yeah, and I mentioned a party earlier didn’t I? So, in collaboration with the magazine GULP, Primo will be hosting a shindig on Sunday 12th June, not just celebrating their residency at SEESAW but also a chance to explore one of Manchester’s newest creative community hubs. 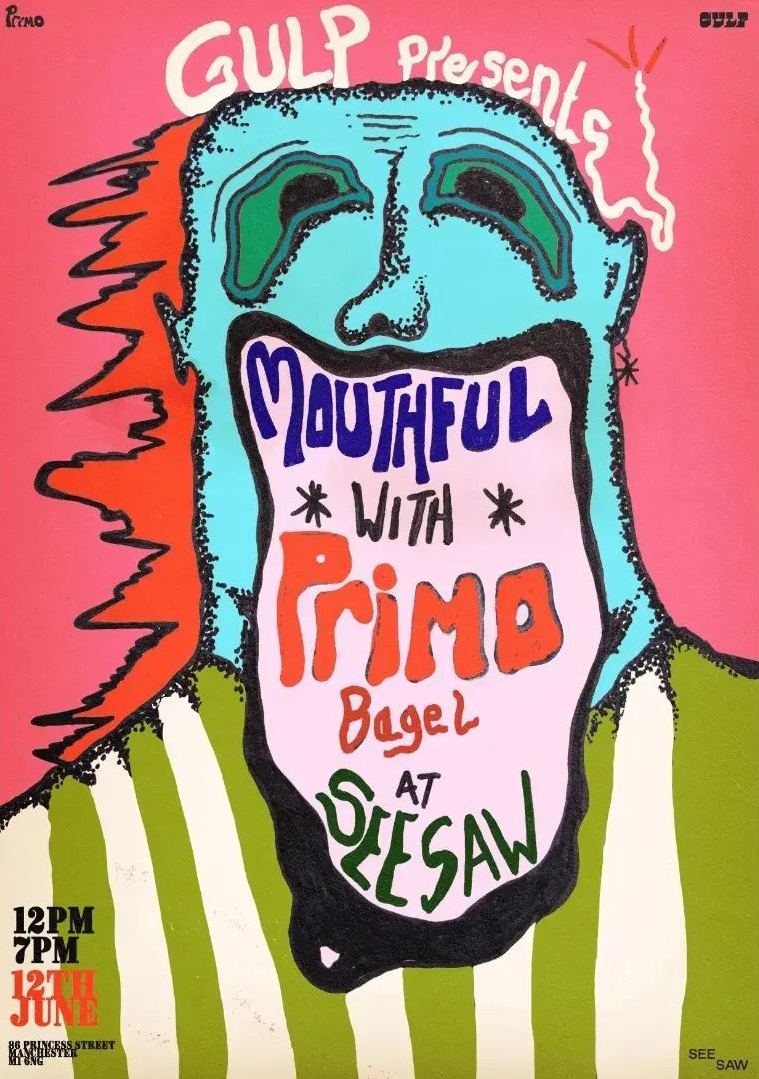 Alongside the food will be the chance for you to pick up limited-edition merch and take a sneak peek at the latest issue of GULP, and generally see what’s going on down at SEESAW.

You can get your FREE ticket for the party right here.