The couple were experimenting with fresh ideas for eats to fit their new vegan diets, both enjoyed dishes that can satisfy the palettes of people looking for meatiness, neither had any ambition to start a takeaway business.

“There was one particular dish — barbecue loaded fries. It was like vegan pulled pork texture on top of fries, with coriander and sauce and stuff. We just loved making that for each other,” Sadiq tells us, explaining at the time — circa 2019 — it was difficult to find vegan delivery options serving their home in and among the prime real estate of Greater Manchester’s waterfront. “So there was a kind of lightbulb moment one day, where we starting thinking surely someone else would want this in the area.” 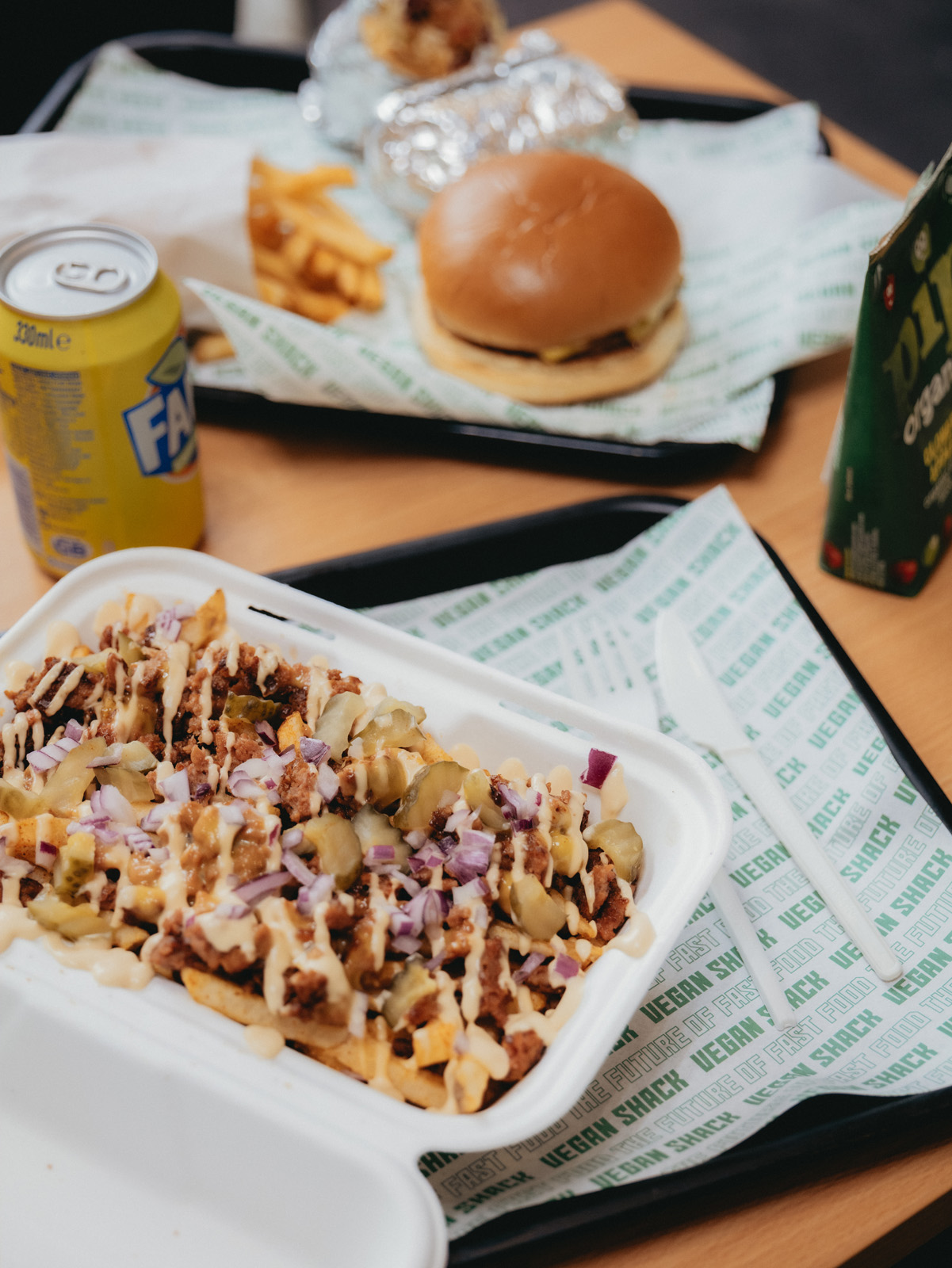 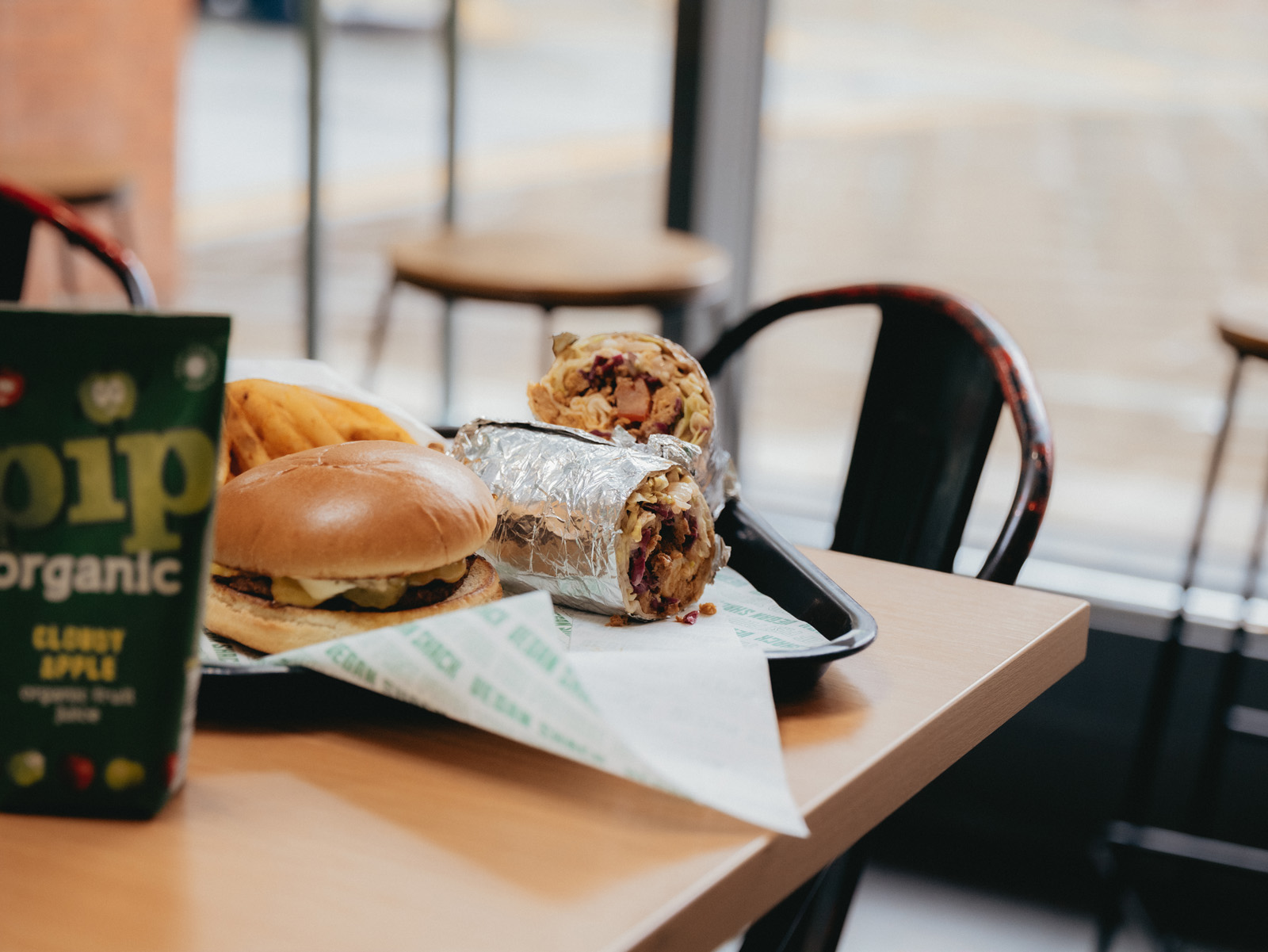 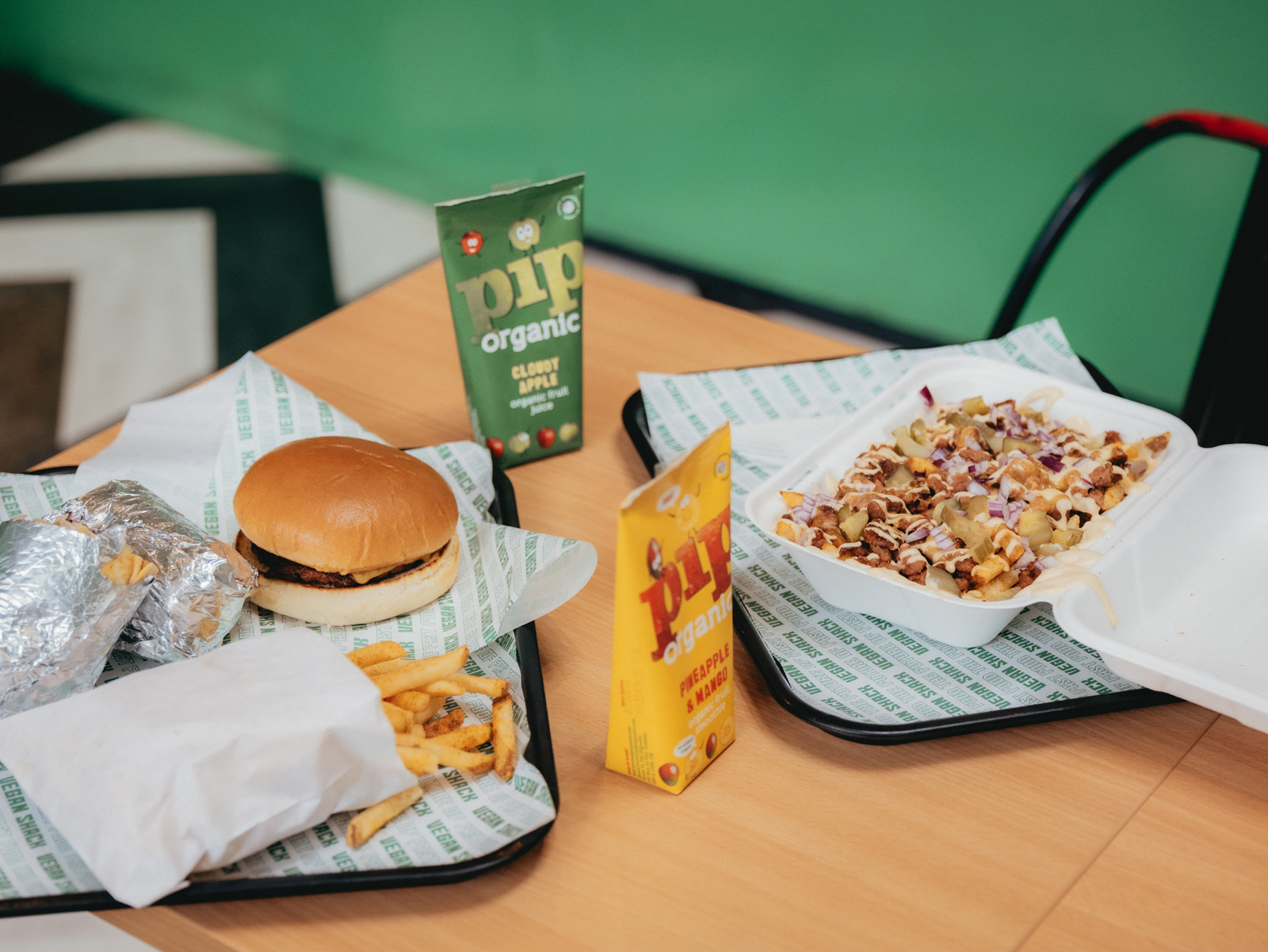 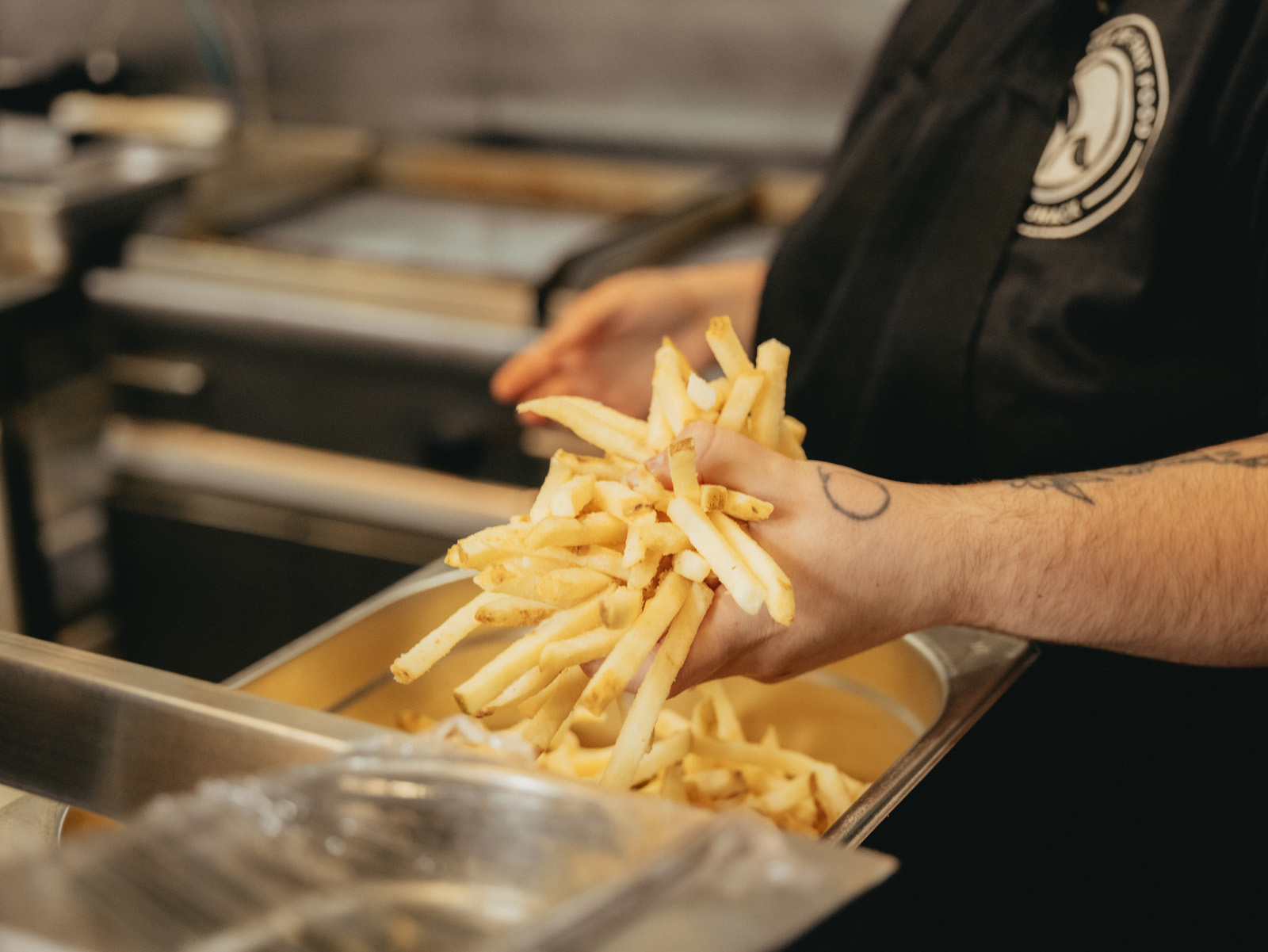 Coming up with a small number of other dishes, including a now-legendary mock chicken kebab, the soon-to-be business partners did what so many Britons do after making a great looking meal from scratch. Posting shots to Instagram, it wasn’t long before someone got in touch asking where they could order the plant-based fast food options. Seizing the opportunity, what happened next kickstarted a journey that has taken those humble home-cooked treats to another level entirely.

“They randomly messaged asking about ordering. So I just took the order through a direct message on Instagram, made the food and drove it to their house myself. It was delivered in a Tesco bag for life,” says Sadiq. “I don’t even think I had any change, I was so unprepared. They loved it, although got in touch straight away asking if we’d sent meat by mistake. A lot of vegan places back then were just using falafel or mushroom or cauliflower as a replacement.”

The same customer made orders seven days running, and word slowly began to spread elsewhere too. Continuing to ply a small trade in this way, Sadiq and Mir quickly realised they were out of their depth at home, and a larger facility was needed. With the lease on their flat soon up for renewal, they threw caution to the wind and did what many would dream about, and few dare. Moving to a “much, much cheaper place” freed up cash to open a small takeaway. Premises were found in Collyhurst, and the roots of what we now know as Vegan Shack began to properly grow, but timing wasn’t ideal.

“We got the takeaway in January 2020, then Covid-19 hit. I was close to tears each day at first. We’d just signed a five year lease, moved and planned our lives around this venture. Now nobody had any idea what was happening,” Sadiq recalls. “But business went through the roof! For a year and a half it was like that. We quickly outgrew Collyhurst, and could see things weren’t going to grow further because we’d hit a cap. Pre-orders were so busy we’d arrive to open up and find we couldn’t accept new orders for the same day.”

Snatching triumph from the jaws of adversity, or at least uncertainty, Vegan Shack moved for the third time in as many years, finding itself at the new site of One Piccadilly: also known as the big red building in the centre of Piccadilly Gardens. Placing one of Manchester’s busiest transport interchanges on the doorstep, with Piccadilly Railway Station down the road, the address allowed the team to scale up, but came with its own challenges. Not least a very different customer base. 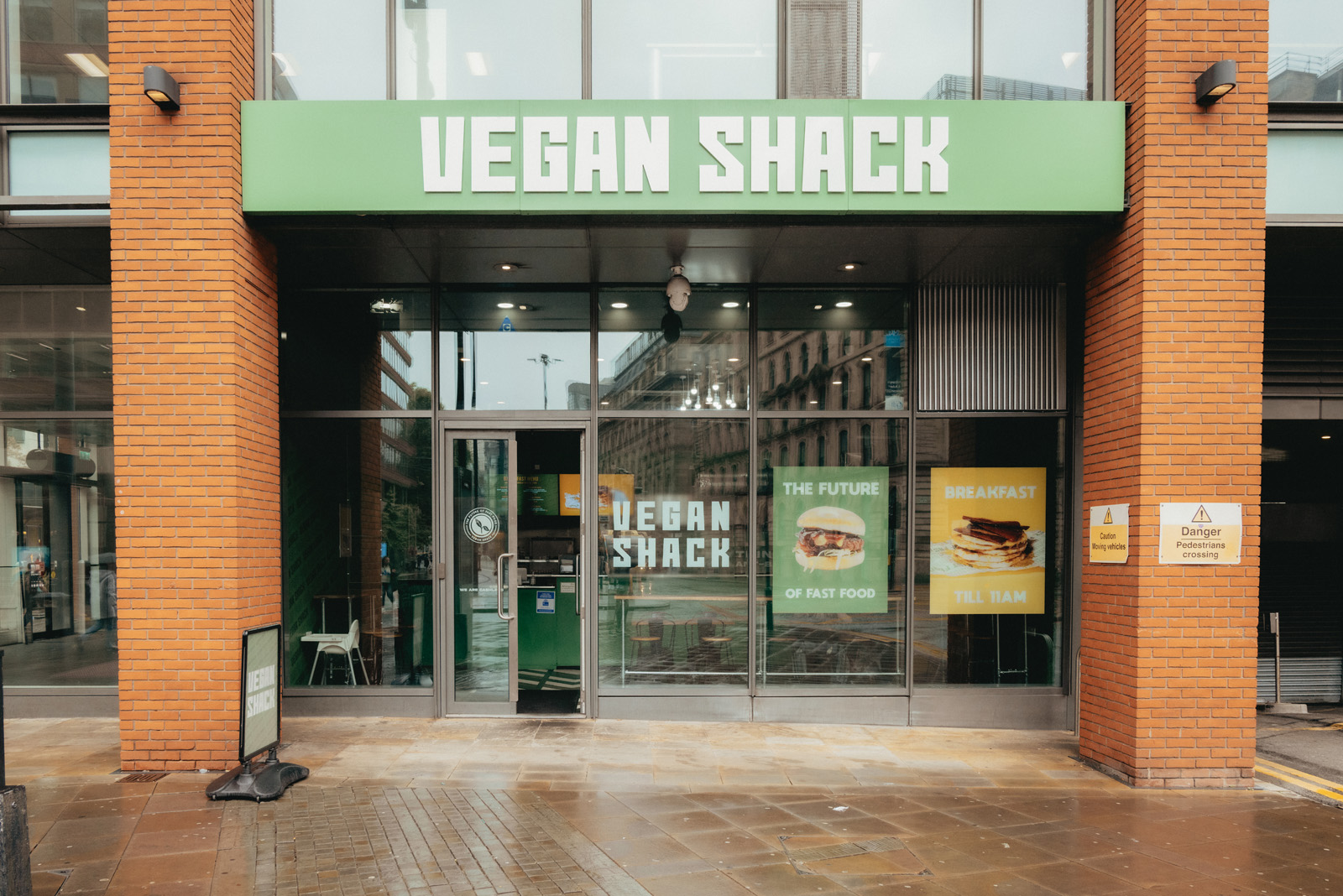 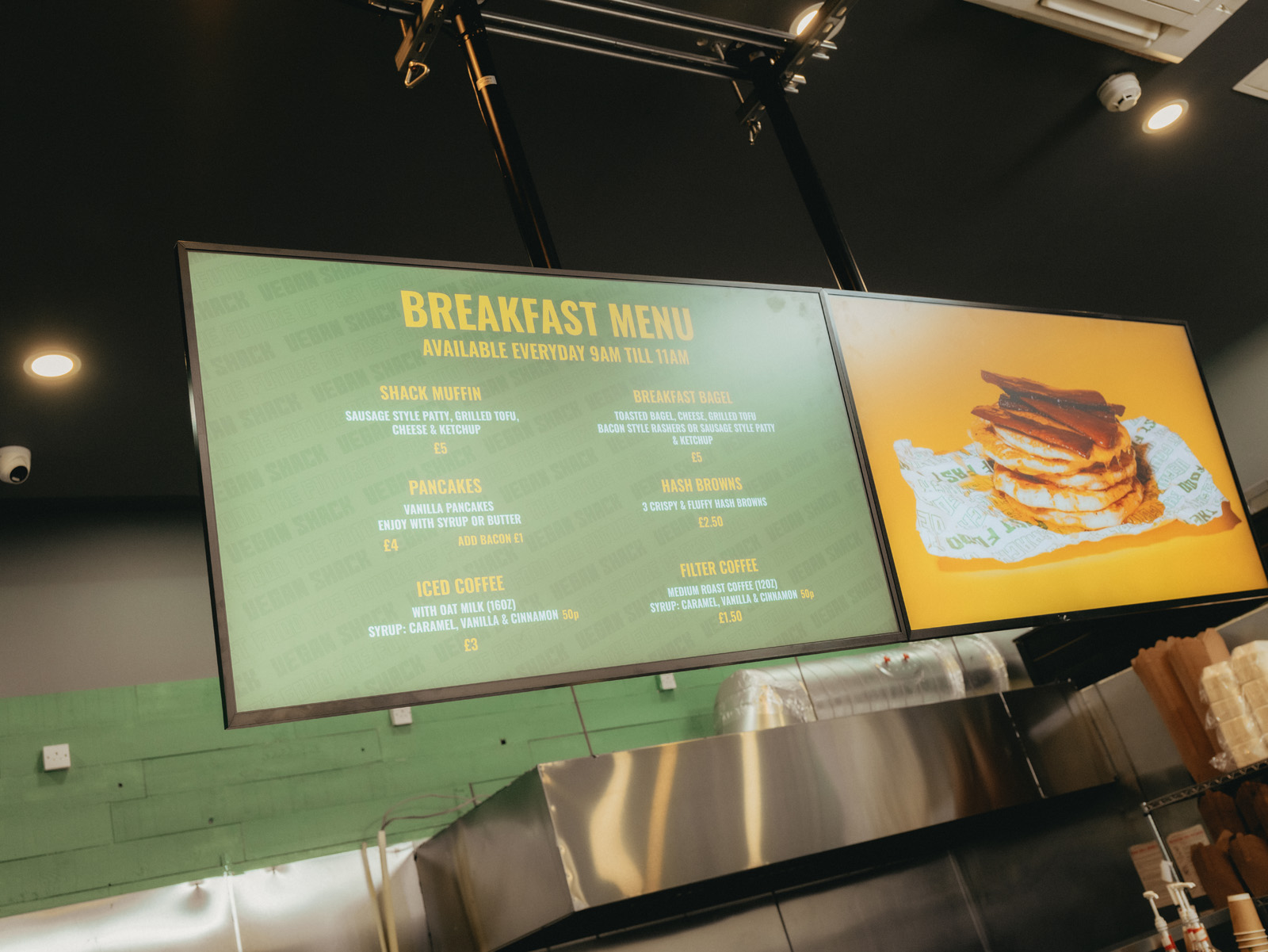 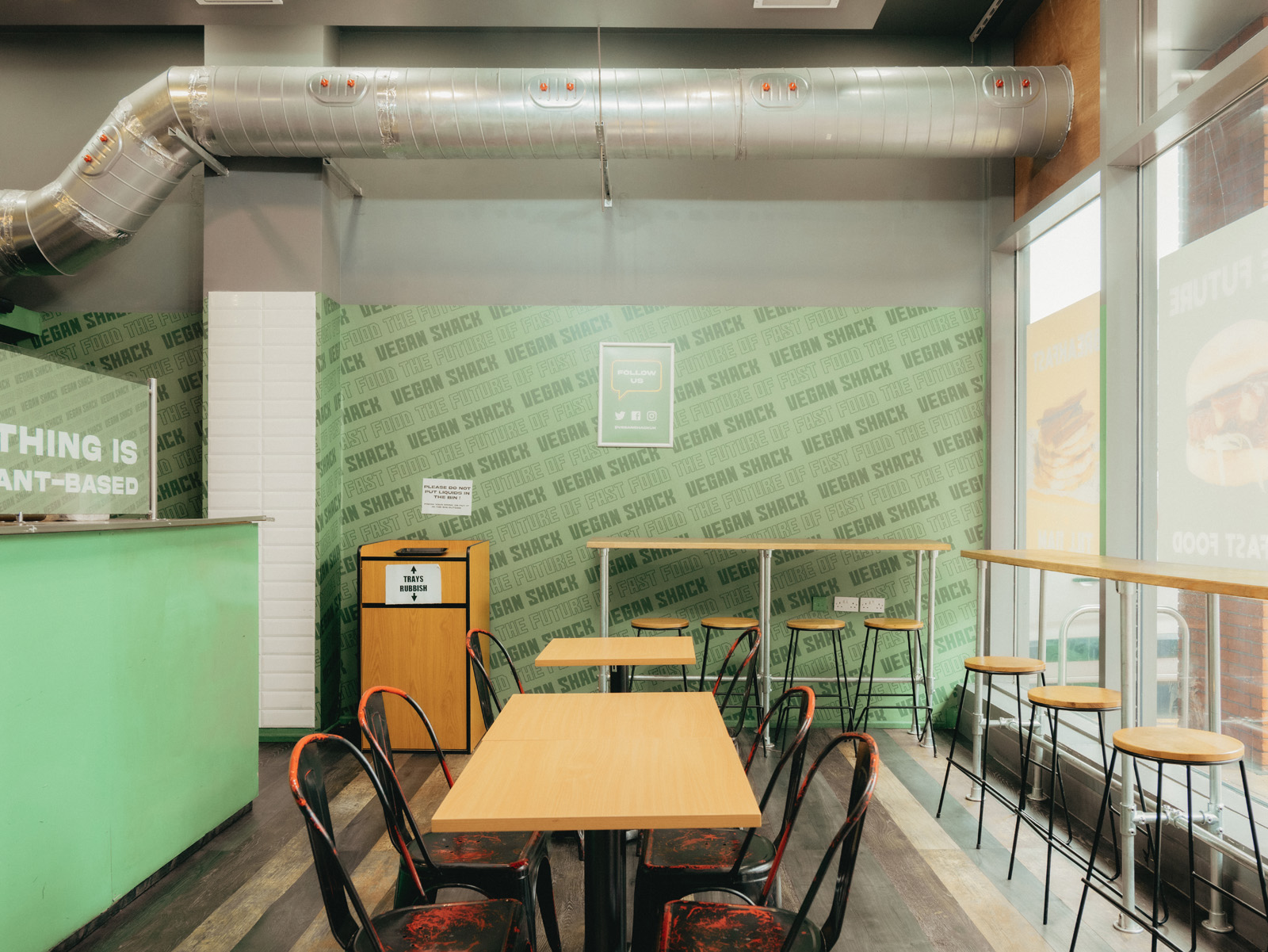 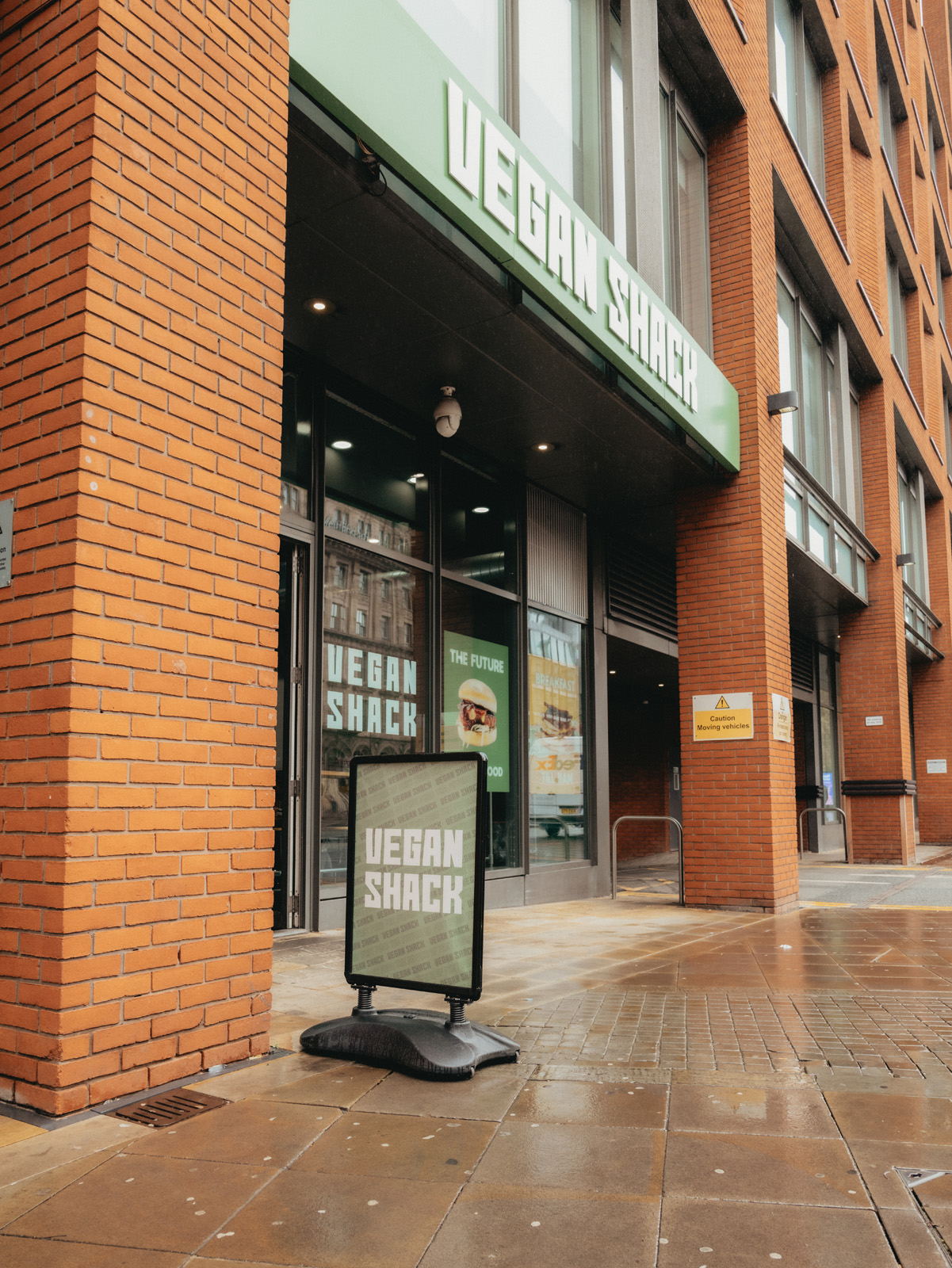 “Footfall increased significantly. Before our click and collect was booming, and people were ordering enough food for their dinners and stuff like that. But in town, it was a complete reshuffle. It was smaller order values and a lot of people coming for their lunches. So order value was cut by more than half, but footfall increased about 10 times over,” Sadiq says, revealing pre-orders were a far simpler and more predictable way to work. “You never know when the rush is going to come now. People are waiting and want their lunch in five or six minutes, so it’s just about streamlining everything.”

Initially, this placed a huge amount of pressure on the young business. Sadiq recalls how Mir, then heavily pregnant, was working 12hour shifts almost seven days a week to make the move work until a fortnight before giving birth. An anecdote that goes a long way to proving how committed the pair are to seeing Vegan Shack thrive in a hugely competitive market, and that’s not the only example of what we’re talking about.

“We’re the lowest paid employees in the company, by far. Everything gets reinvested into the business and we just want to grow and get Vegan Shack to as many cities as possible. Not only to show vegan fast food is delicious, but from a business sense — you can do it. You can chase your dreams and start a business with no knowledge, no experience and — most importantly — no money,” Sadiq says.

Of course, dedication only counts for so much, and thankfully this take away offering has plenty of strings to its bow. As our conversation draws to a close, we ask about perennial favourites on the Vegan Shack menu, and how that menu has grown and expanded in tandem with the business itself. Sadiq is more than happy to reel off a list of what he considers to be kitchen crown jewels, although not before defining the overall ambition of what he and Mir are aiming for. 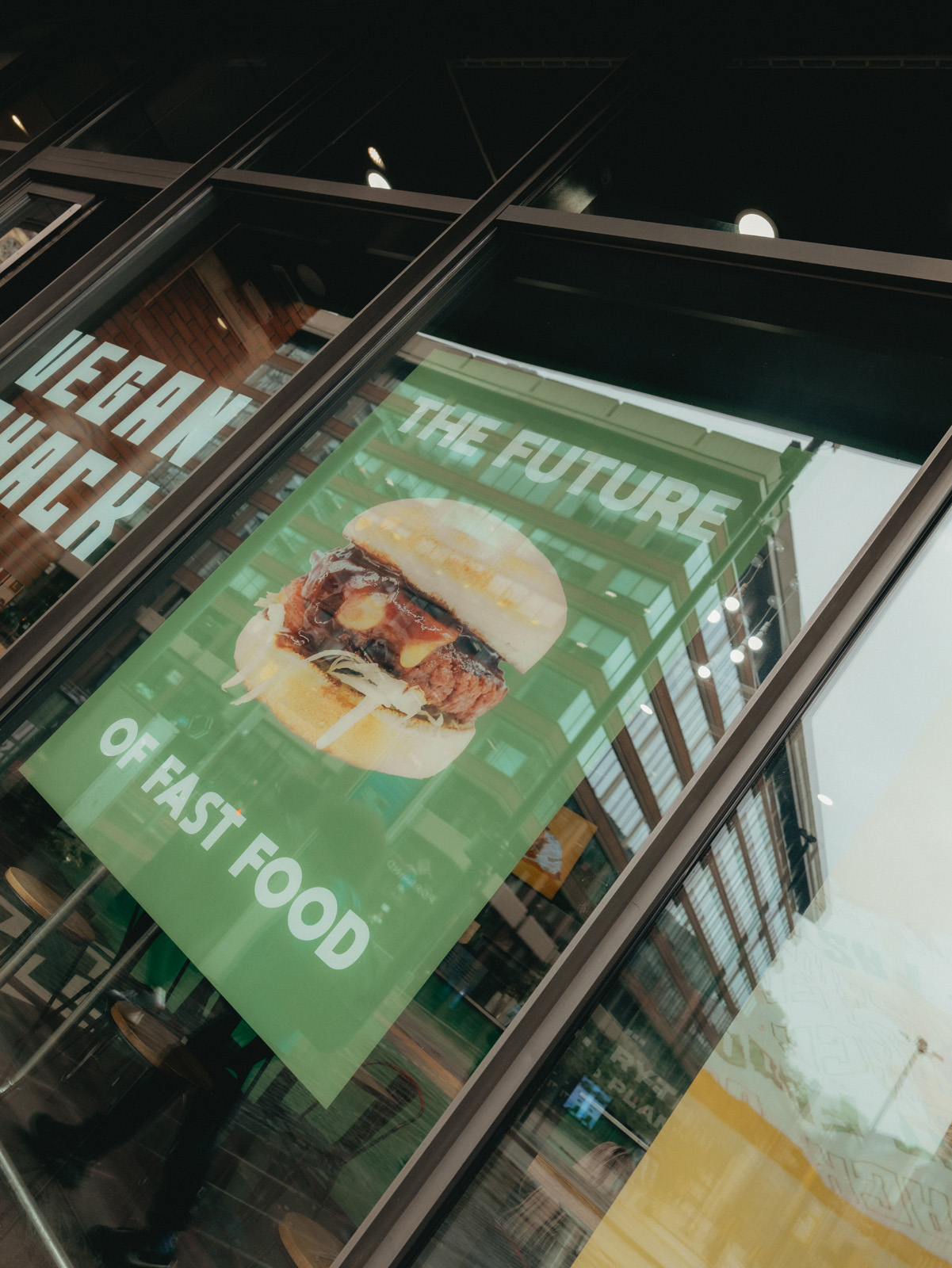 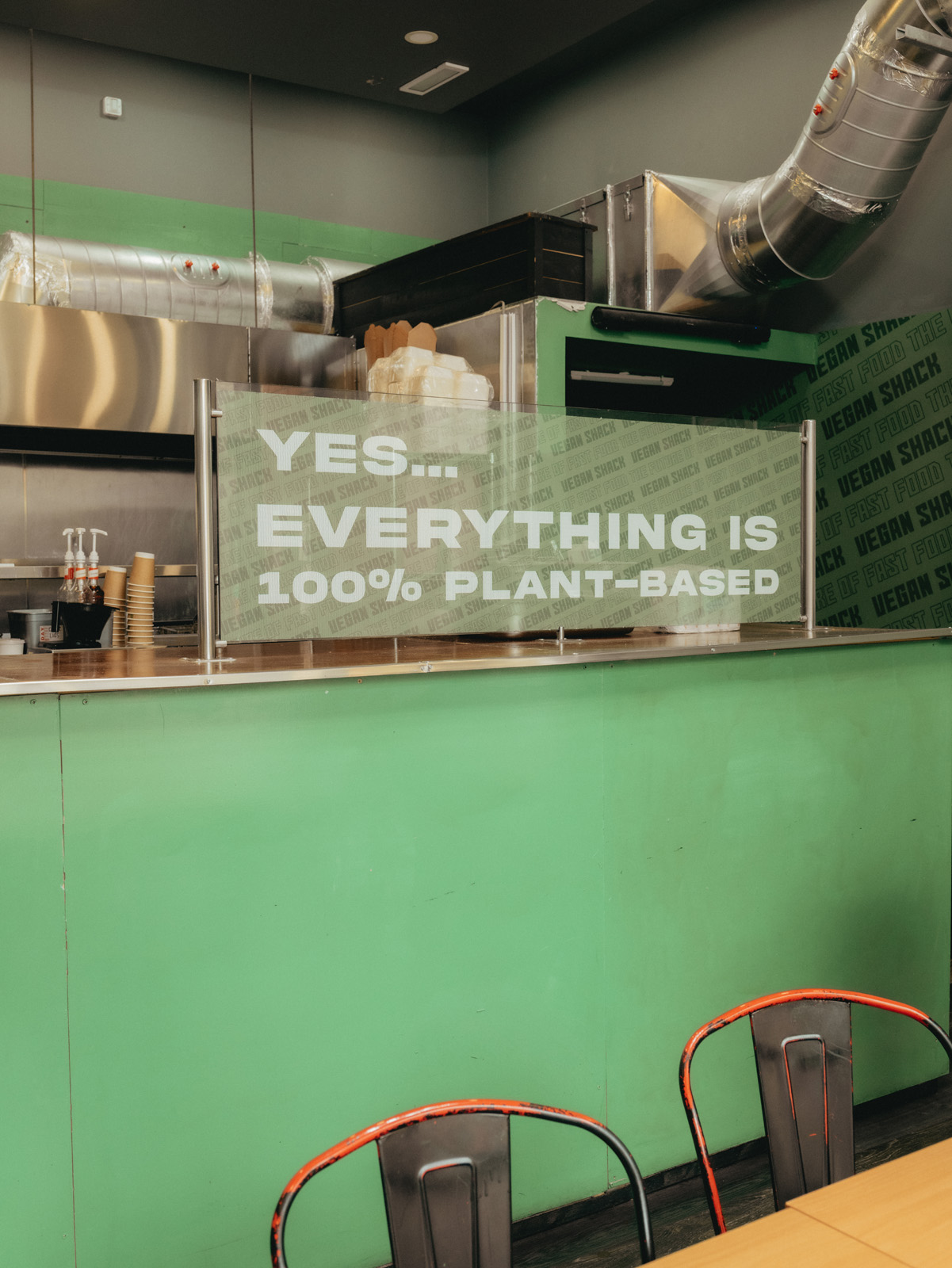 “Our mission, or trademark slogan, is ‘The Future of Fast Food’. So basically it’s reimagining fast food. Nothing fancy, not even that healthy — I mean it’s plant-based, so healthy and protein rich, but just because of what the ingredients are. From fried chicken to burgers, we’re going for food everyone knows, plant-based, with no compromise on taste or texture,” he explains. “All sauces are handmade daily, which has been a big part of the success and the customer experience. 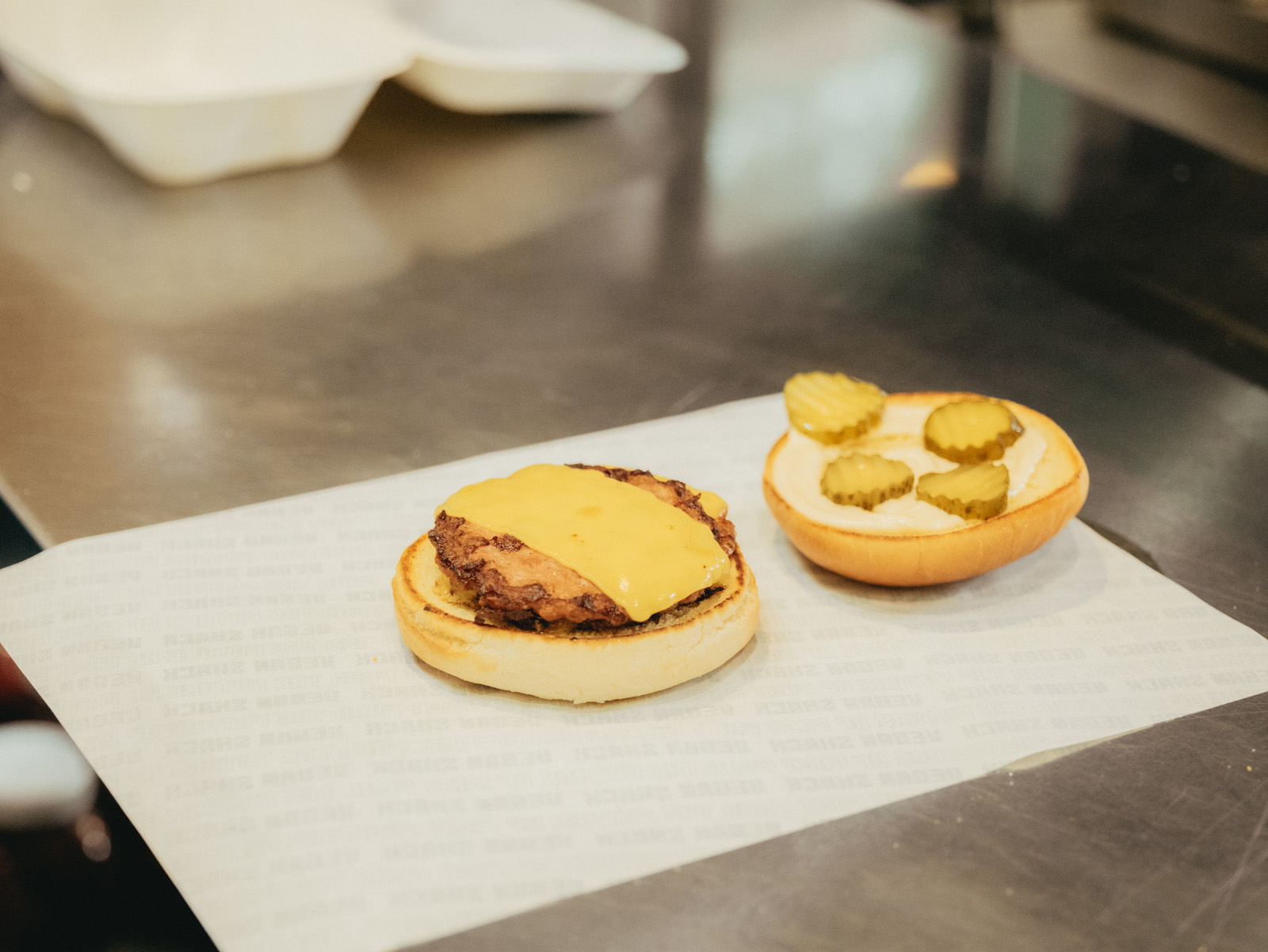 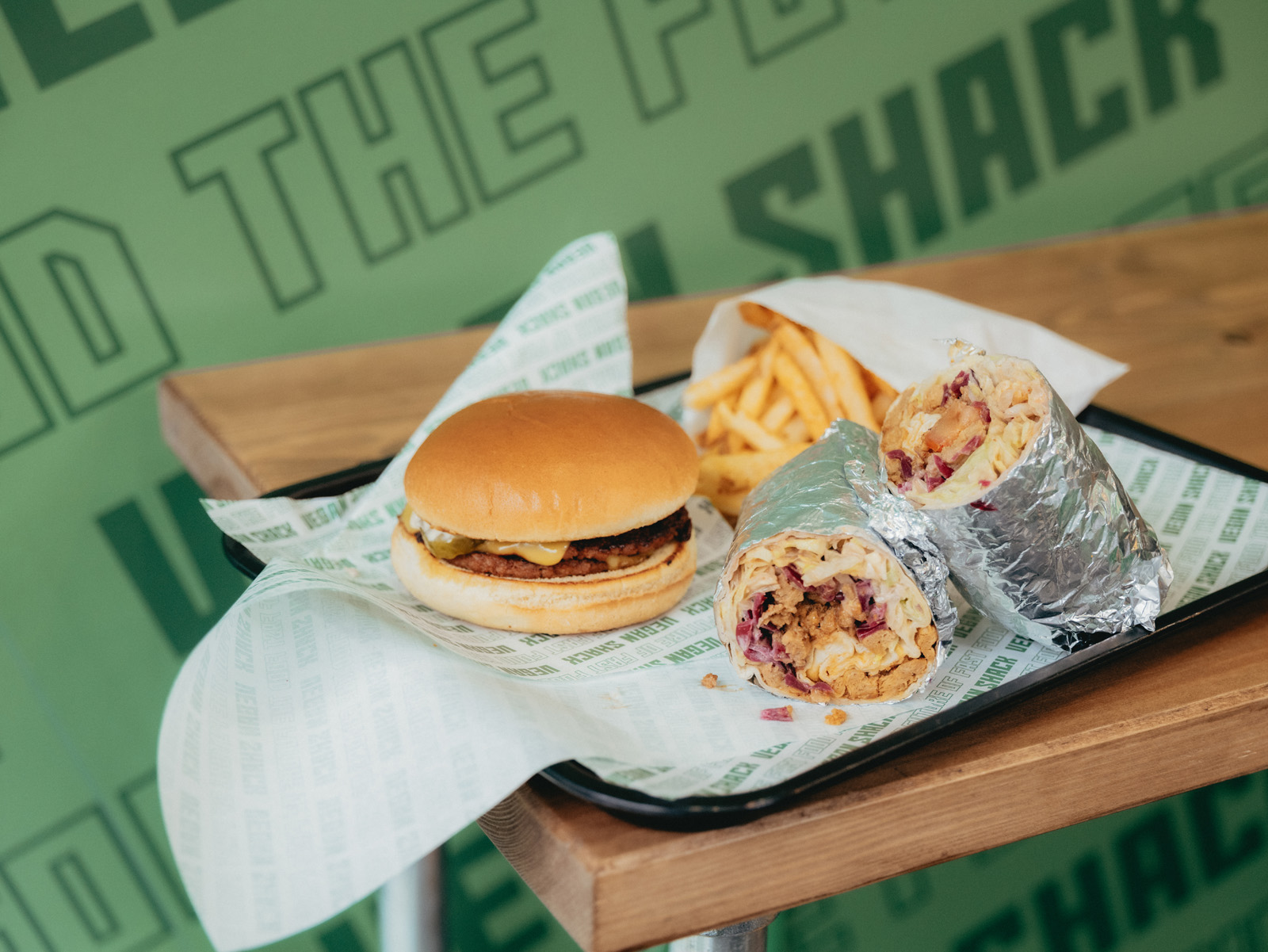 “It’s just about the food itself. I think we’ve got the biggest ranging fast food menu in Manchester, and we’re the most affordable. When we moved to Piccadilly we launched a saver menu, and meant it. So you can get a double cheeseburger and fries for three pounds, that’s cheaper than McDonald’s,” Sadiq says, making it clear all patties are made with world-renowned Beyond Meat, while the pulled mock pork that still tops those barbecue loaded fries is now made from soy on-site by the team. “We’ve never had money to play with. There’s no investment in Vegan Shack whatsoever. It’s all profits reinvested. So we’ve had to make sure the food tastes great. And it does. That’s why 82% of trade comes from returning, loyal customers.”