How to make... The Perfect Pie with Chef Ben Chaplin at The Black Friar

We popped down to Salford to speak to Ben Chaplin at The Black Friar and taste his outstanding pies... 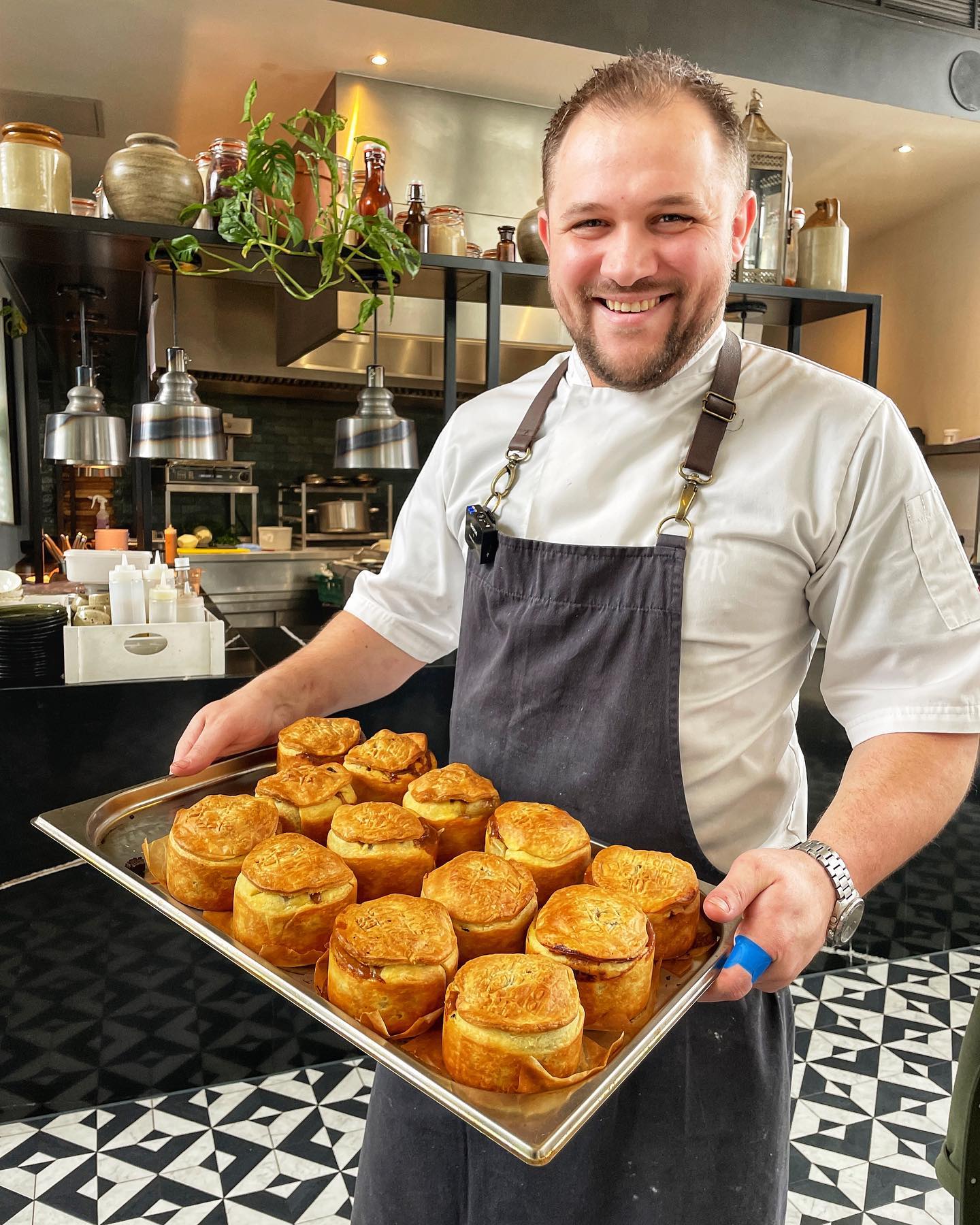 In case you’ve missed it, last week was British Pie Week, and so we got in touch with all of the city’s best pie makers, to see if they’d want to show off their skills and let us taste their creations.

One place we contacted, pretty much straight away, was The Black Friar in Salford, who very recently introduced a brand-new menu of pies, which changes daily.

Hot off the back of a glowing review by The Observer food critic Jay Rayner, Head Chef Ben Chaplin created a new Pie & Mash Menu, one which features regularly changing options, from the classic Steak & Ale and Fish Pies, to more outlandish offerings such as their Chicken Fajita Pie and the excellent Duck & Orange. 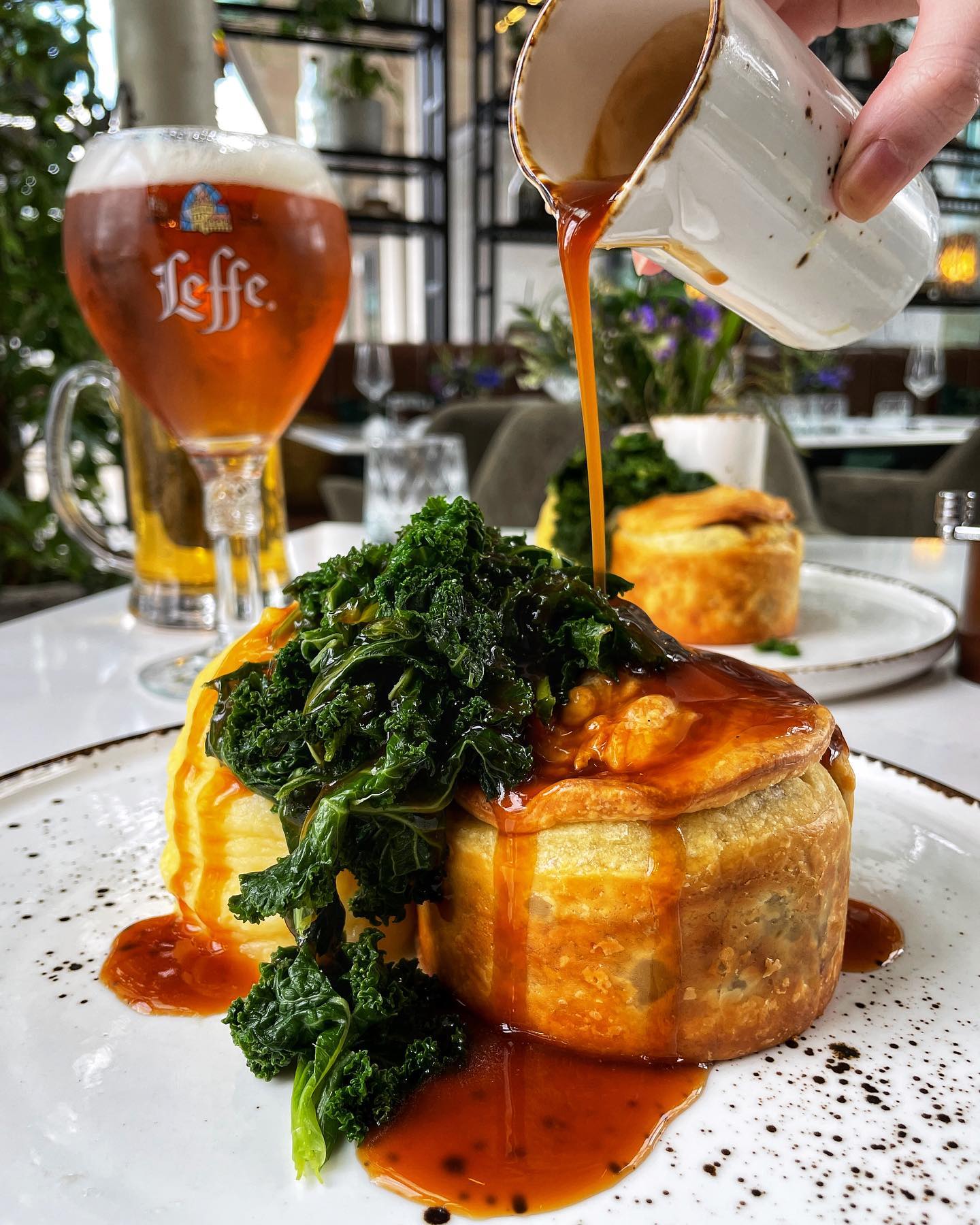 When we contacted Ben he decided that he’d like to talk us through how to make the Ultimate Pie – step-by-step – from crust, to the filling to even the most perfect sides to go with it.

“Good filling, good pastry, and nice garnishes. It can’t just be a boring pie on its own, it’s got to have something nice to go with it, something that is relative to what’s inside of the dish.”

When we arrived at the pub in Salford, we (obviously) ordered ourselves a point of Leffe each, and then headed to the open kitchen area to get to grips with these pies with Ben.

He wanted to show us how he makes his signature Steak & Root Vegetable Pie, and my word – we weren’t going to stop him. 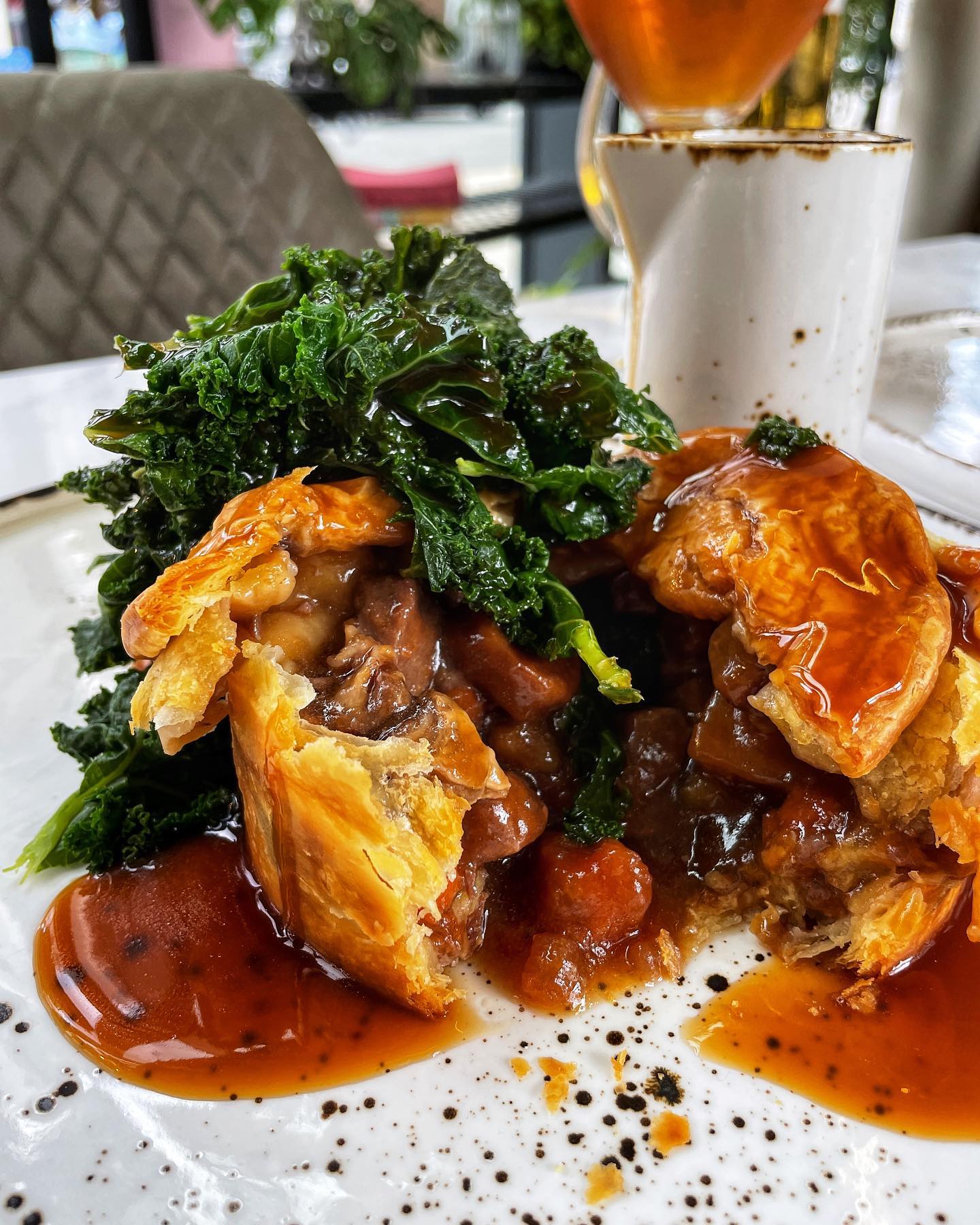 Preparation for the pie comes many, many hours before you even start messing around with pastry. Chopping the steak, braising it and putting it into a pressure cooker whilst roasting your favourite root vegetables.

If you don’t have a pressure cooker, then you’ll have to cut and then fry the steak for a few minutes, and then get it into the oven to slow cook for many, many hours until super soft and tender. You’ll want to ensure that there’s plenty of gravy in there – you don’t want your pie being too dry.

When it comes to the pastry, Ben uses a circular mould to construct the pies, wrapping quality puff pastry around the middle and then filling it to the brim with the juicy pie mixture. Then simply pop a lid on (don’t forget to egg wash the edges and the top), and bang it in the oven for about 30 minutes or so – until it’s golden brown. 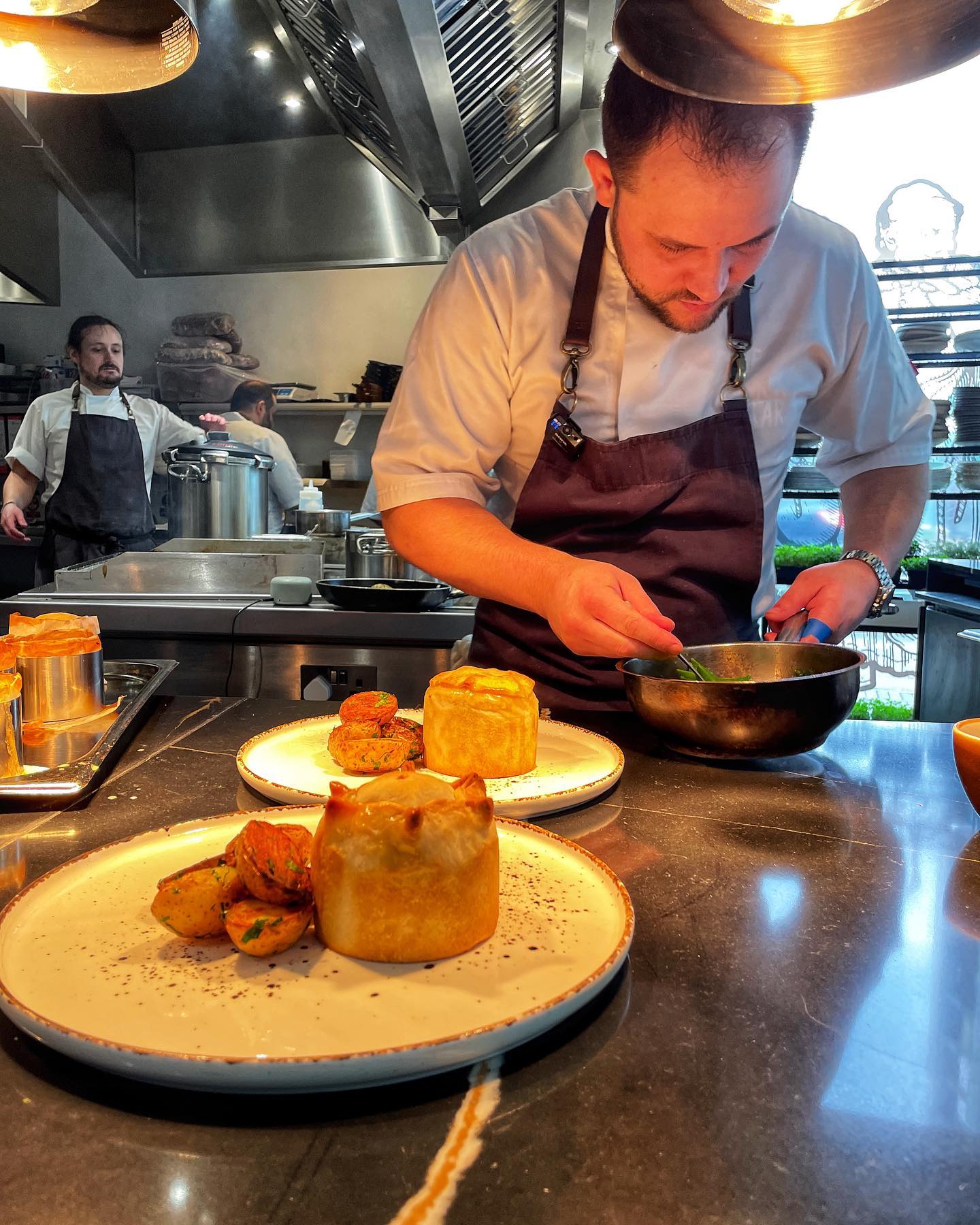 The Black Friar serve their pies with creamy mash and vegetables, but you can literally pair yours with anything. I’d argue that pie and mash is a bit of a Southern thing, and we actually have pies with chips up here – with a side of mushy peas – just like at the chippy.

When it comes to gravy – feel free to use some of the meat juices from the steak. Some of the region’s best pie makers take their gravy VERY seriously, with Wigan’s Baldy Pies creating their gravy over the course of 2 days – slow cooking on the hob all that time!

For an in-depth walk through of the steps that go into creating these superb pies at The Black Friar, head on over to our Instagram for videos by Ben on how to do it.

The Salford pub is open Wed-Sun 12-close. They also have a massive beer garden perfect to enjoy your tasty pie in the warm summer sun.