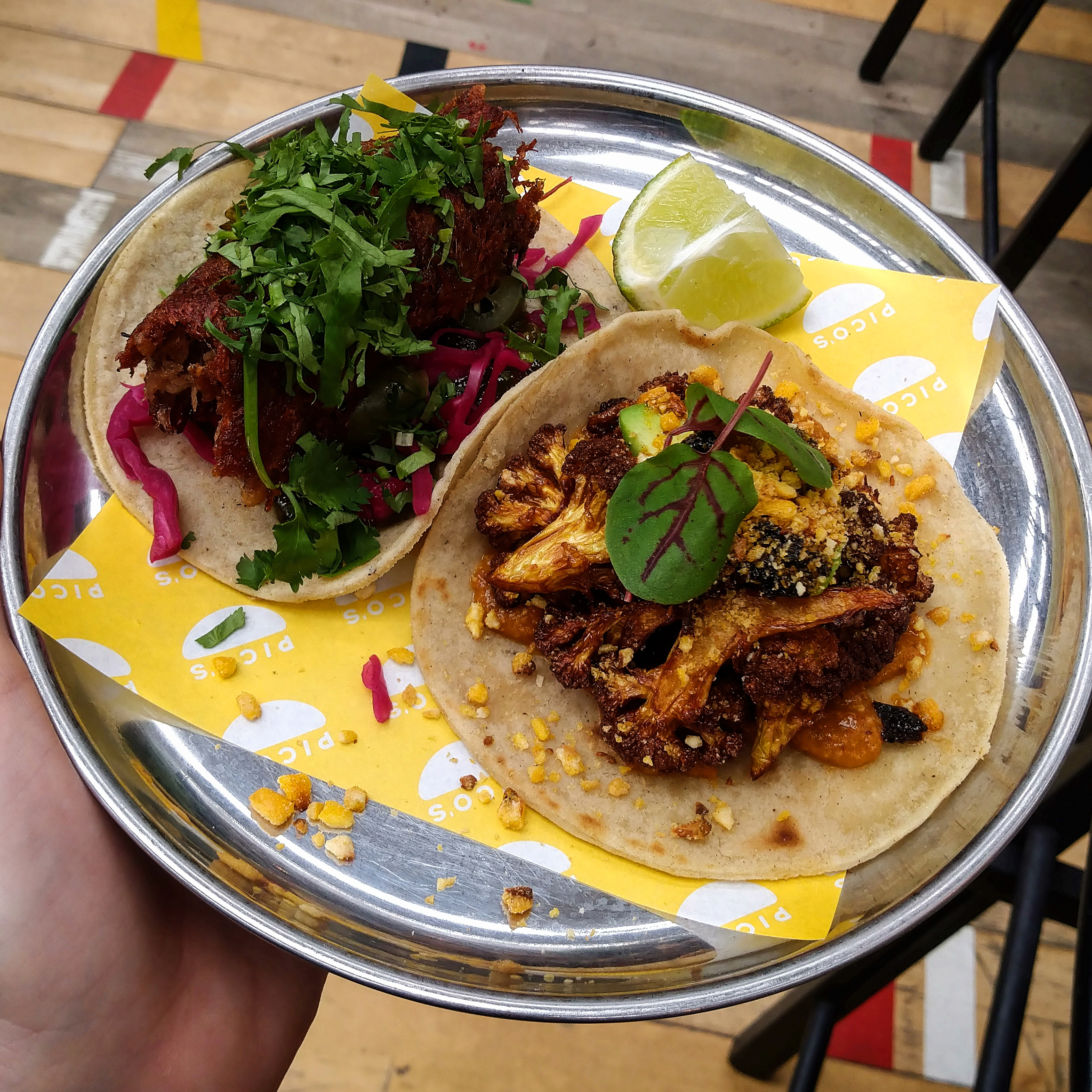 Pork Carnitas & Crispy Cauliflower Tacos
Picos Tacos
A Tuesday lunchtime EOTHO trip to Mackie Mayor uncovered a rather impressive haul this week including these excellent tacos from Picos. As should always be the case (unless you don’t eat meat), I went for the classic Pork Carnitas – which is fried into a sausage shape, meaning it resembles a sort-of Mexican spring roll that’s crispy on the outside and juicy in the middle. The crispy cauliflower was truly excellent also. 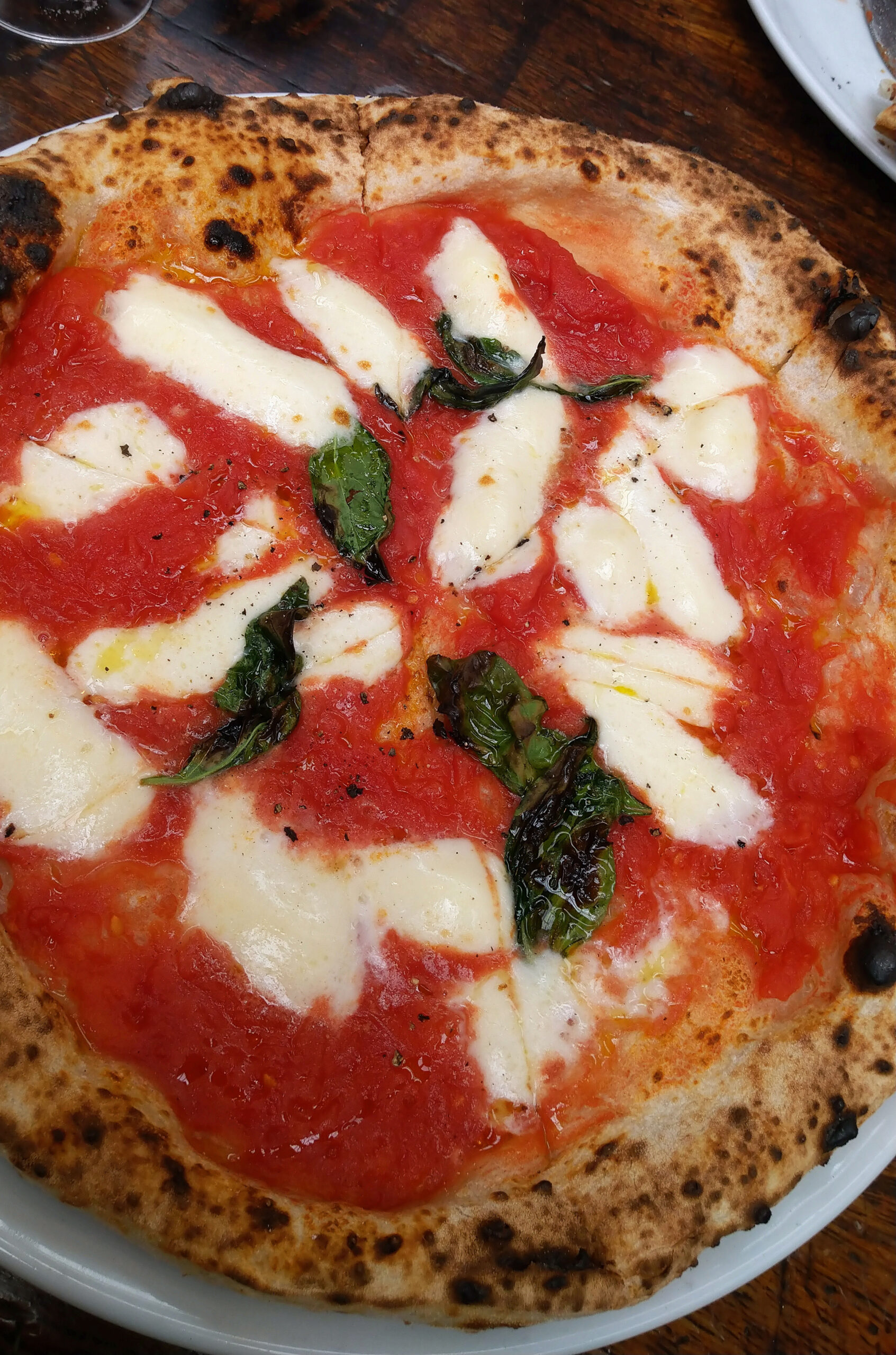 Margarita Pizza
Honest Crust
Another choice from Mackie Mayor, (yes I ordered two things), was the classic Margarita pizza from Honest Crust. The perfect Neapolitan pie, the tomato was fresh, the cheese was stringy and the base was equal parts chewy, fluffy and crispy. No fuss, no toppings – just classic and delicious. 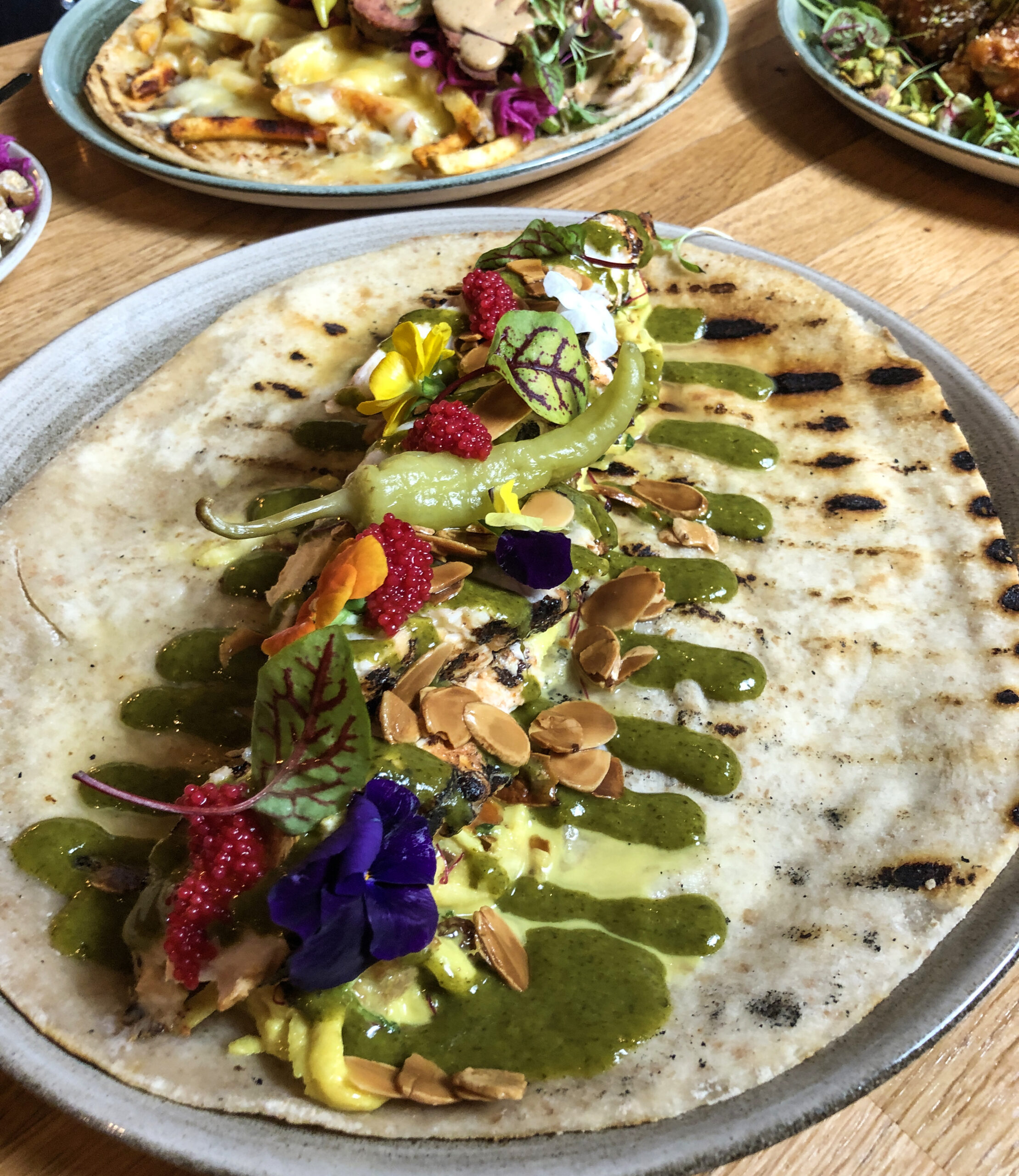 Monkfish Kebab
BAB
We went down to try some of the new dishes on BAB’s new menu this week, and as usual – we were very impressed with the results. Officially released next week, we managed to get our forks on a couple of new creations including this outstanding Monkfish Kebab. It certainly looks impressive and all pretty, but it’s also a tasty little number too with big chunks of monkfish tail, a coronation celeriac remolade, fermented jalapeño and kaffir lime. It’s then finished off with monkfish caviar and almonds. 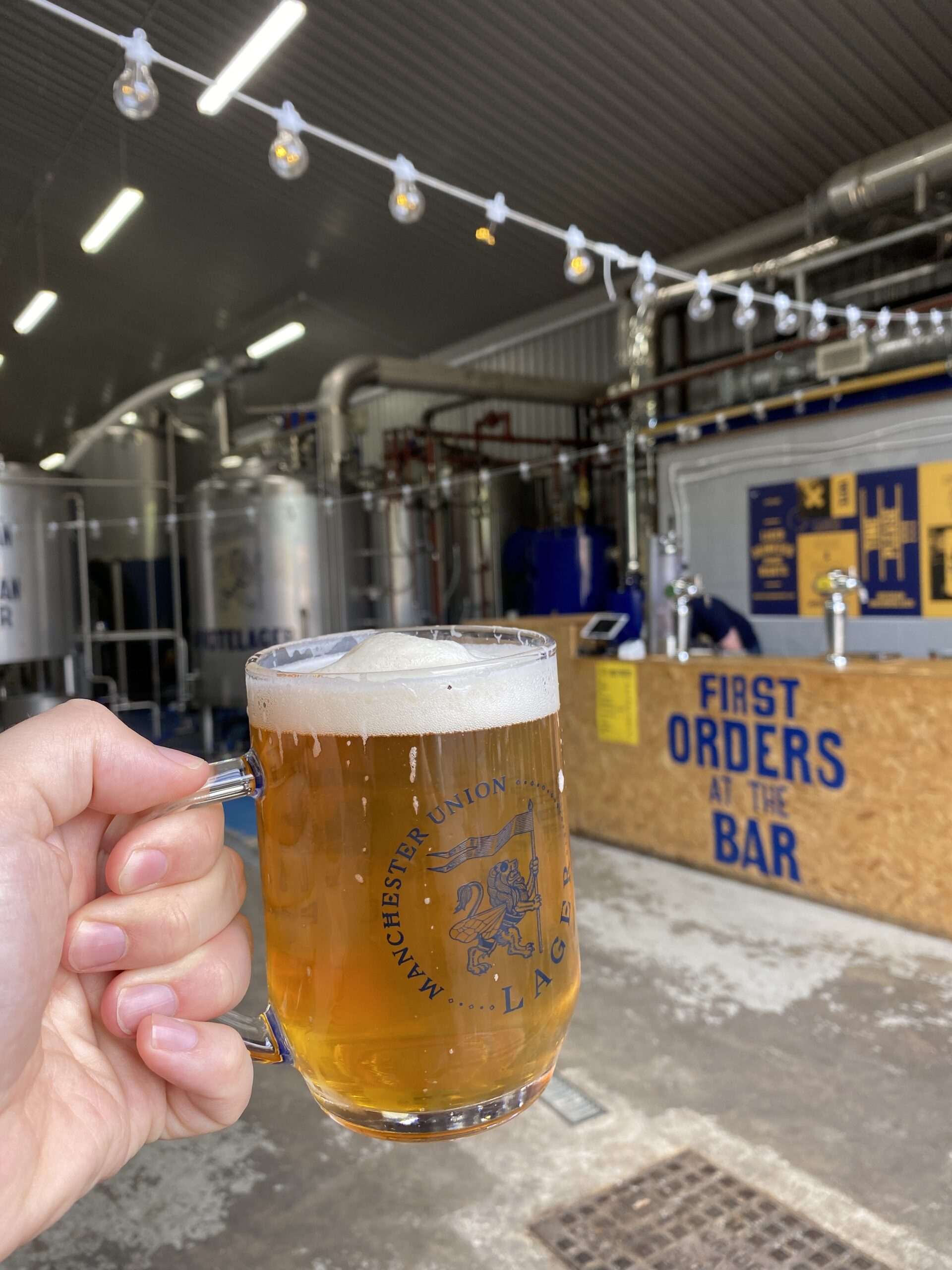 Cold Lager (Straight from the Tap)
Manchester Union Lager
Union Lager are opening up their Tap Room this weekend and so we went on down on Monday to get some shots and partake in a few cheeky scoops of the sweet nectar while we were there. It’d be rude not too – being SO close to where it’s actually made – meaning it’s probably the freshest beer I’ve ever tasted. Actually, I once drunk straight from the tap at the Coors factory in Colorado, but Union tastes much, much better than that – so it wins. 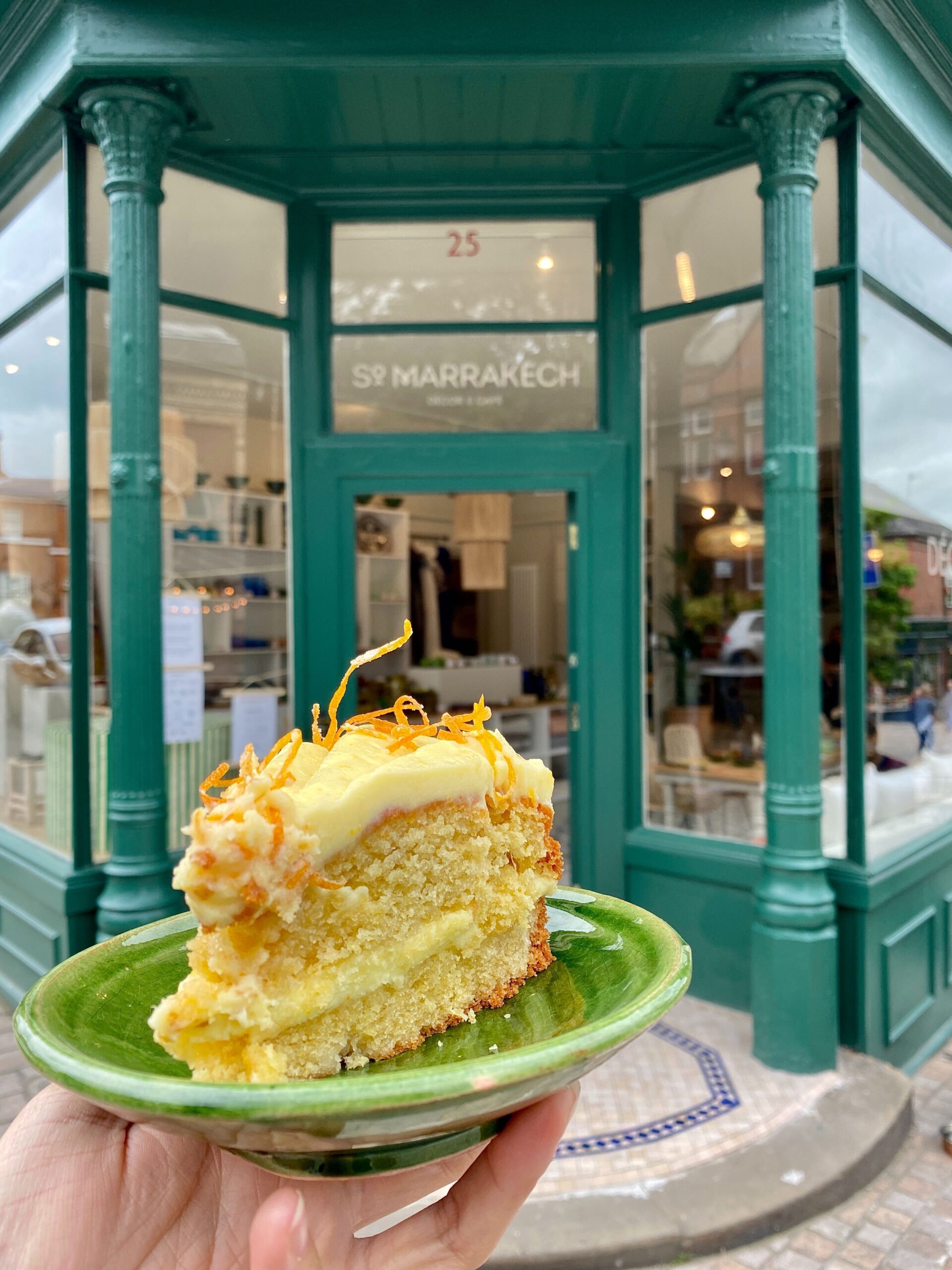 Carrot Cake
So Marrakech
A new addition to Altrincham high street happens to be a taste of Marrakech but they’re serving up some seriously delicious cakes. I think I could eat those candied orange peels for the rest of my life. They change daily so we’ll all just have to cross our fingers for this light, fluffy and delicious delight to be made again. Wash it down with an authentic and refreshing mint tea, perfect. 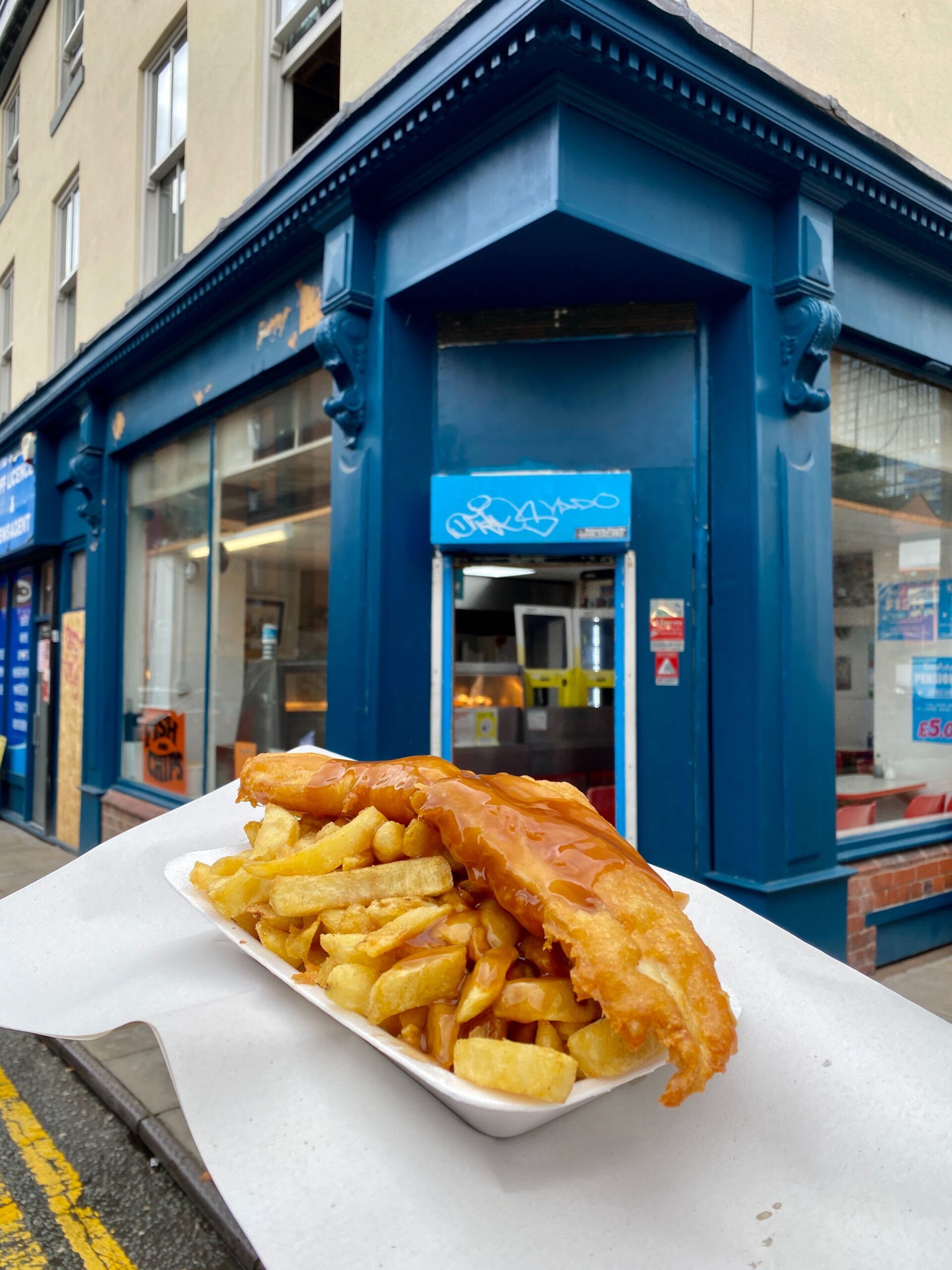 Fish, Chips, Gravy
Kingfisher NQ
I mean, does it get better than fish and chips on Friday?! The answer is no. The Northern Quarter institution has been serving fresh fish and chips for at least 20 years and they’ve deffo mastered it. Also shout out to that gravy is honestly soooooo good. 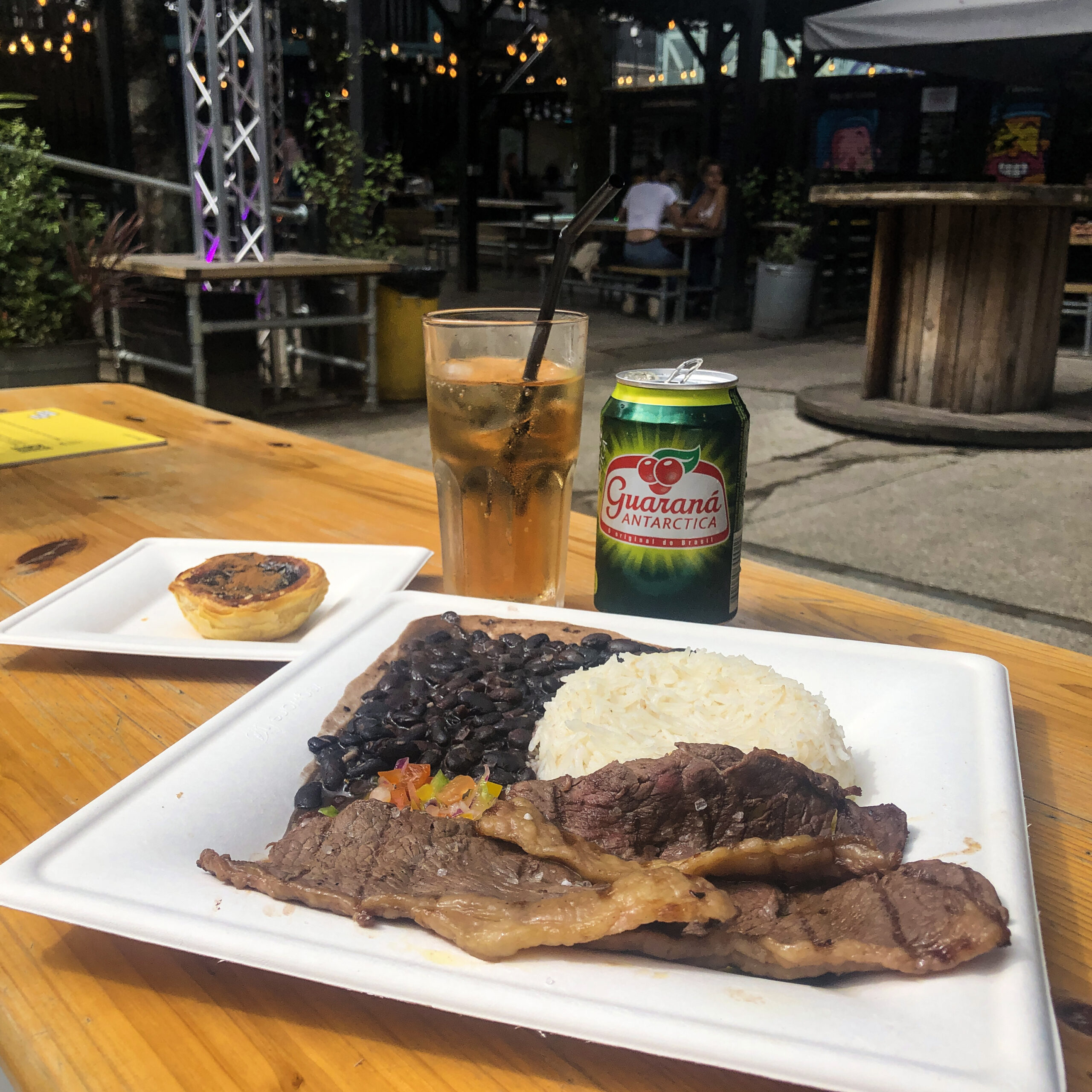 Picanha a Brasileira (+ Pastel de Nata)
KBOM Bar + Kitchen
A trip to Hatch isn’t complete without a visit to KBOM, even if it’s just for one of their Pastel de Natas (which I am boldly claiming to be the best in the whole city – there I said it). Well, I had one again this week, as well as one of their mains – the brilliant Pichanha a Brasileira – grilled sirloin steak with farofa seasoning, their fantastic black beans and rice. Finished off with a tin of Guarana and you’re done. 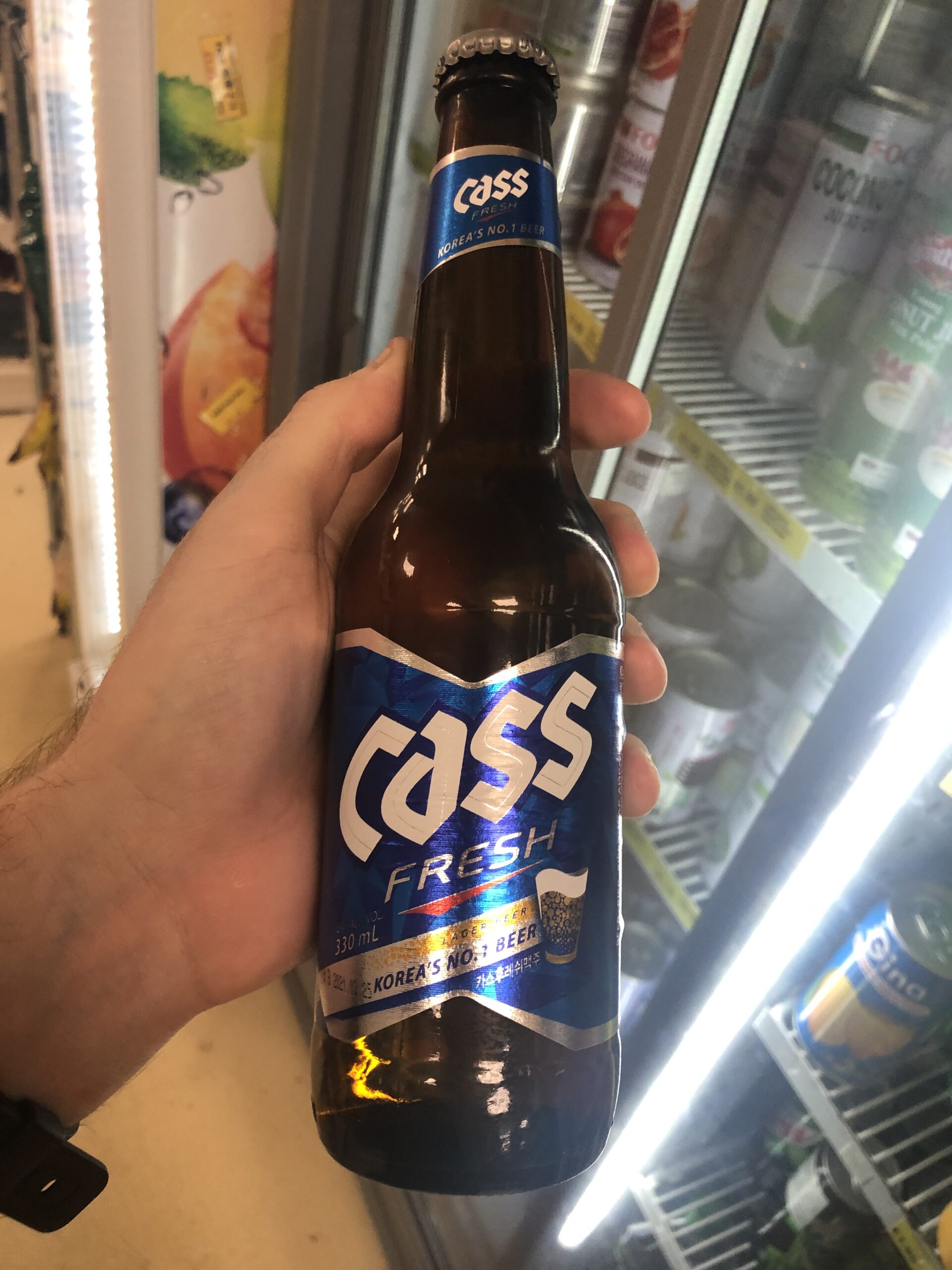 CASS Beer
Hang Won Hong Supermarket
Took a trip into Chinatown this week and as always went into one of the supermarkets to have a look around at all of the weird stuff on sale in there. I was pleasantly surprised to find this though – CASS – a lager from South Korea that’s truly excellent. I later enjoyed it whilst watching my stories on my sofa. Terrific. 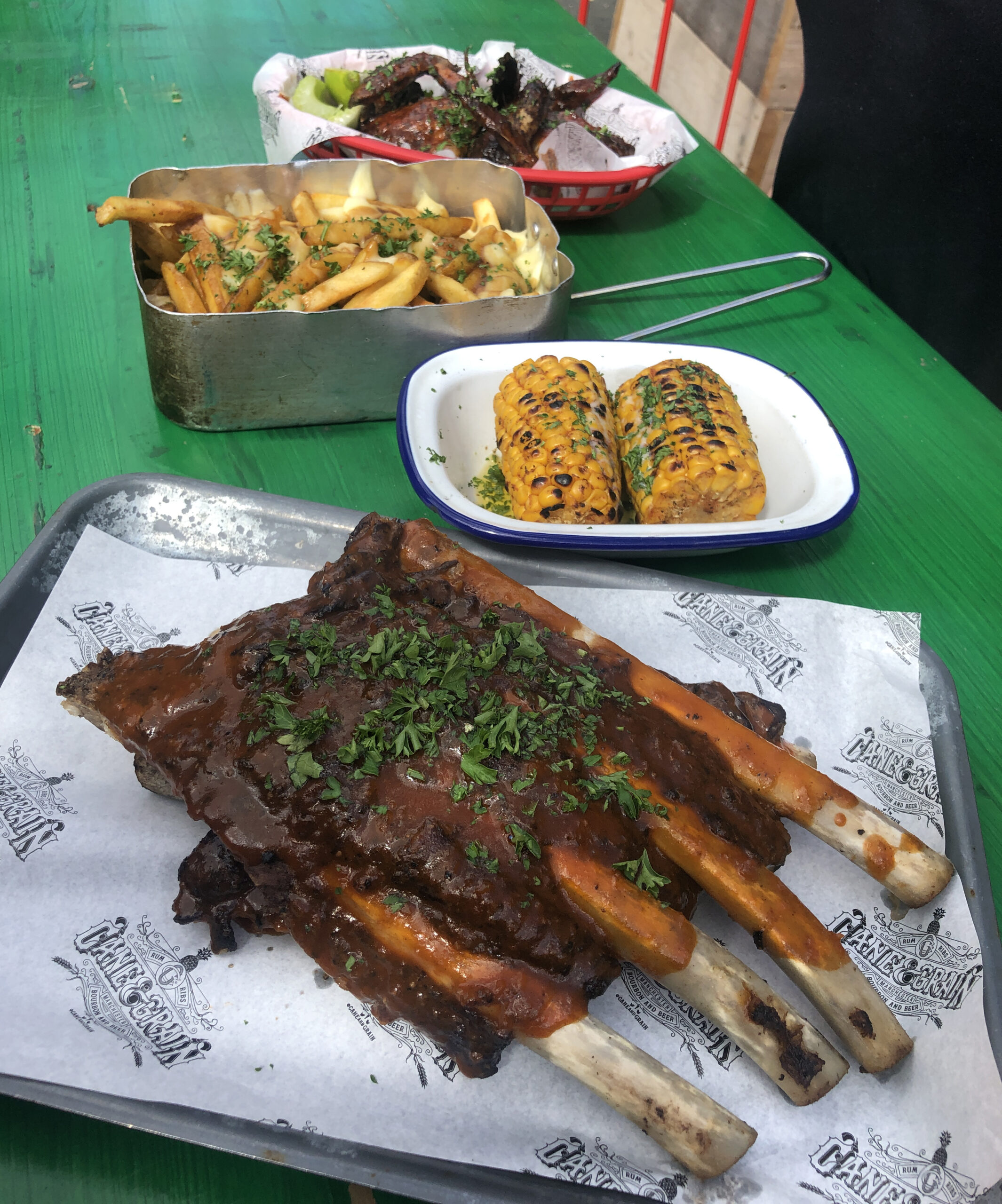 A Huge Rack of Ribs
Cane & Grain
My wife and I decided to take advantage of a small break in the clouds and rain to eat ‘al fresco’ at Cane & Grain this week and you can’t eat here without tucking into some ribs – so we did. As you can see from the photo – they were massive – but what you can’t see is how tasty they were and how the meat just slipped right off the bone and into my gob. We coated it in their Dr Pepper sauce – which you should do too.

Pedro Needs You! VOTE for the next Crazy Pedro’s September Special