Authentic recipes lovingly prepared exactly the way their mothers would.... 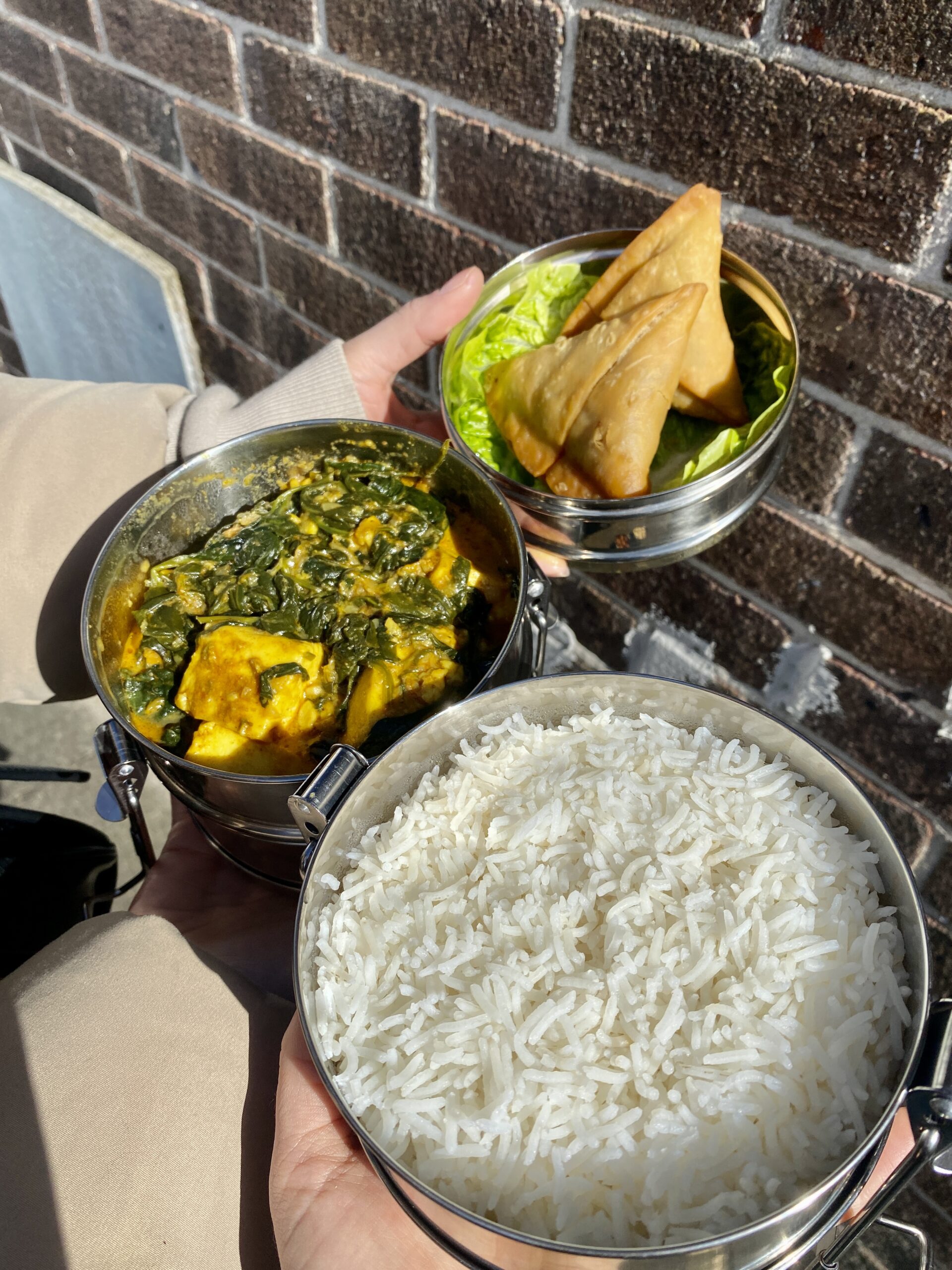 From the duo behind Ancoats Distillery, Jessore Road MCR is a brand new delivery concept bringing ‘the meals our mothers made’ to the people of Manchester.

The menu changes weekly with one vegetarian and one non-vegetarian option each day.

Co-owners, Peter and Raja who met years ago in education, put an emphasis on the importance of providing real food with real stories.

Raja discovered, after starting work in Indian restaurants at the ripe age of 12 (YES!), felt first hand that true Indian food was not being portrayed in Manchester restaurants, something also felt by the wider Indian restaurant and take away community. 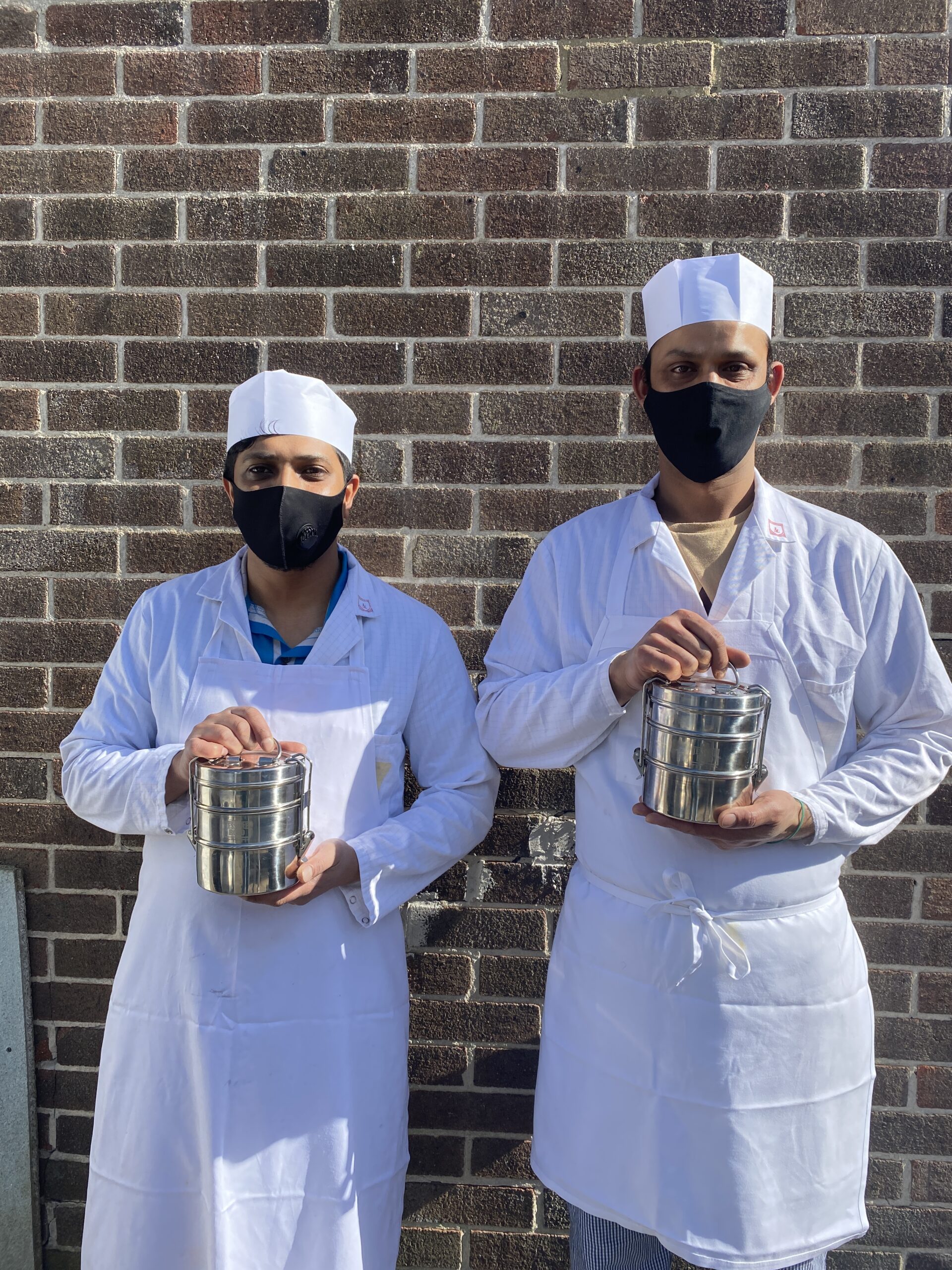 Throughout the ’80s and 90s, many in the community worked at an uncle’s restaurant who they’d never met. The type of places where the wallpaper was the same texture as the carpet and customers would pass out in their poppadoms at four in the morning.

As kids, this was a right of passage, despite probably (definitely) being illegal now and at the time.

As these friends catch up in a restaurant after hours sharing tales of days gone by over real good food. It’s here Jessore Road has its origins.

While sharing tales the group of pals turned to wonder, after making Chicken Korma the same way for 30 years why they don’t make it the same way they do at home? The way they eat their food and the way their mothers would be proud of? 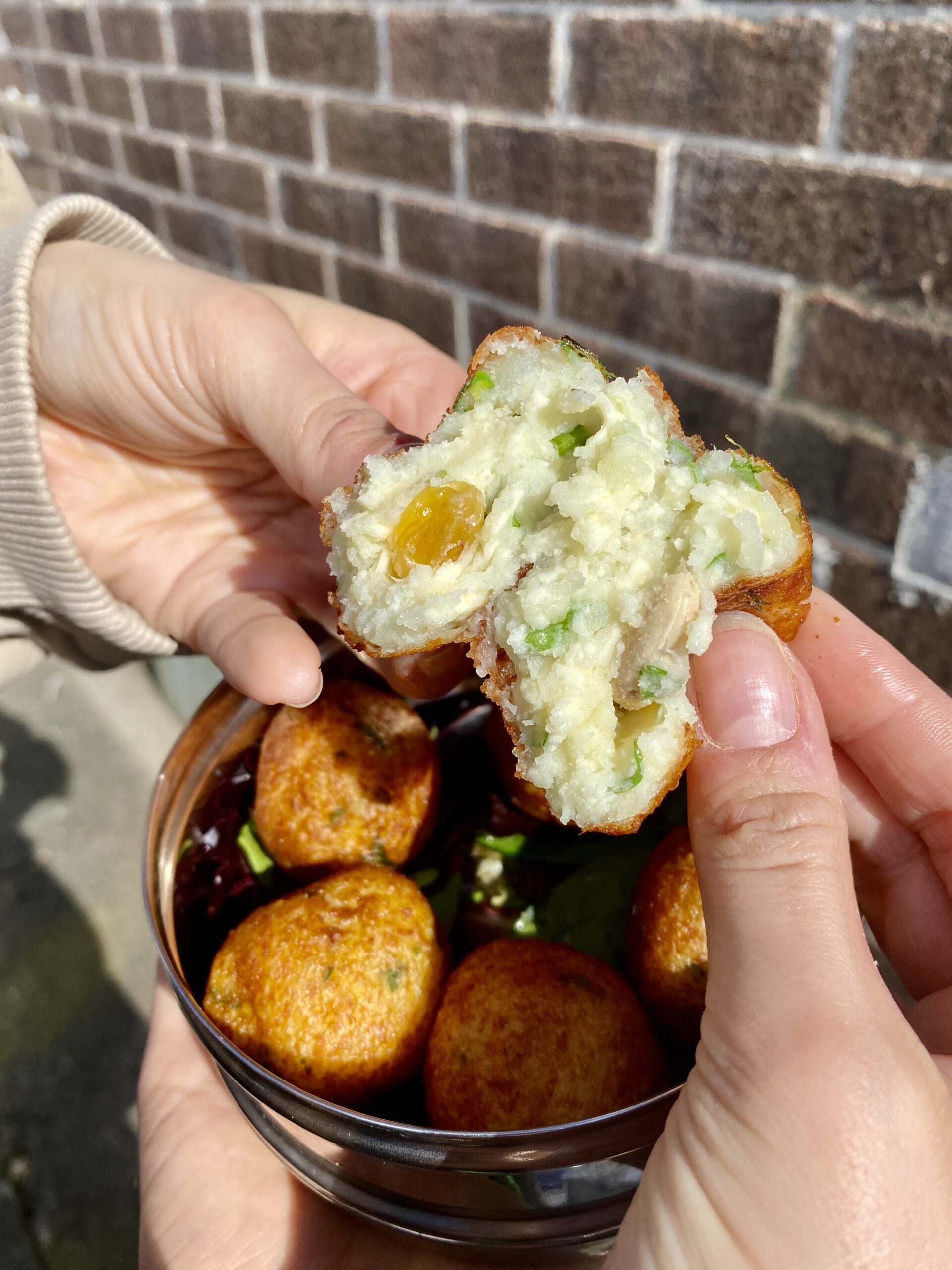 Restaurants have over simplified recipes so whatever you order from a massive menu will be on your plate in 20 minutes. At home, the same meal would take a minimum of two hours.

This is where Jessore Road’s authentic recipes come into play, prepared exactly the way their mothers would.

Each tiffin box – which you can keep! – comes with a starter, main course from a choice of veggie or meat/fish and rice. You’ll get enough food for a full evening meal, plus a little left over for a small lunch the next day. 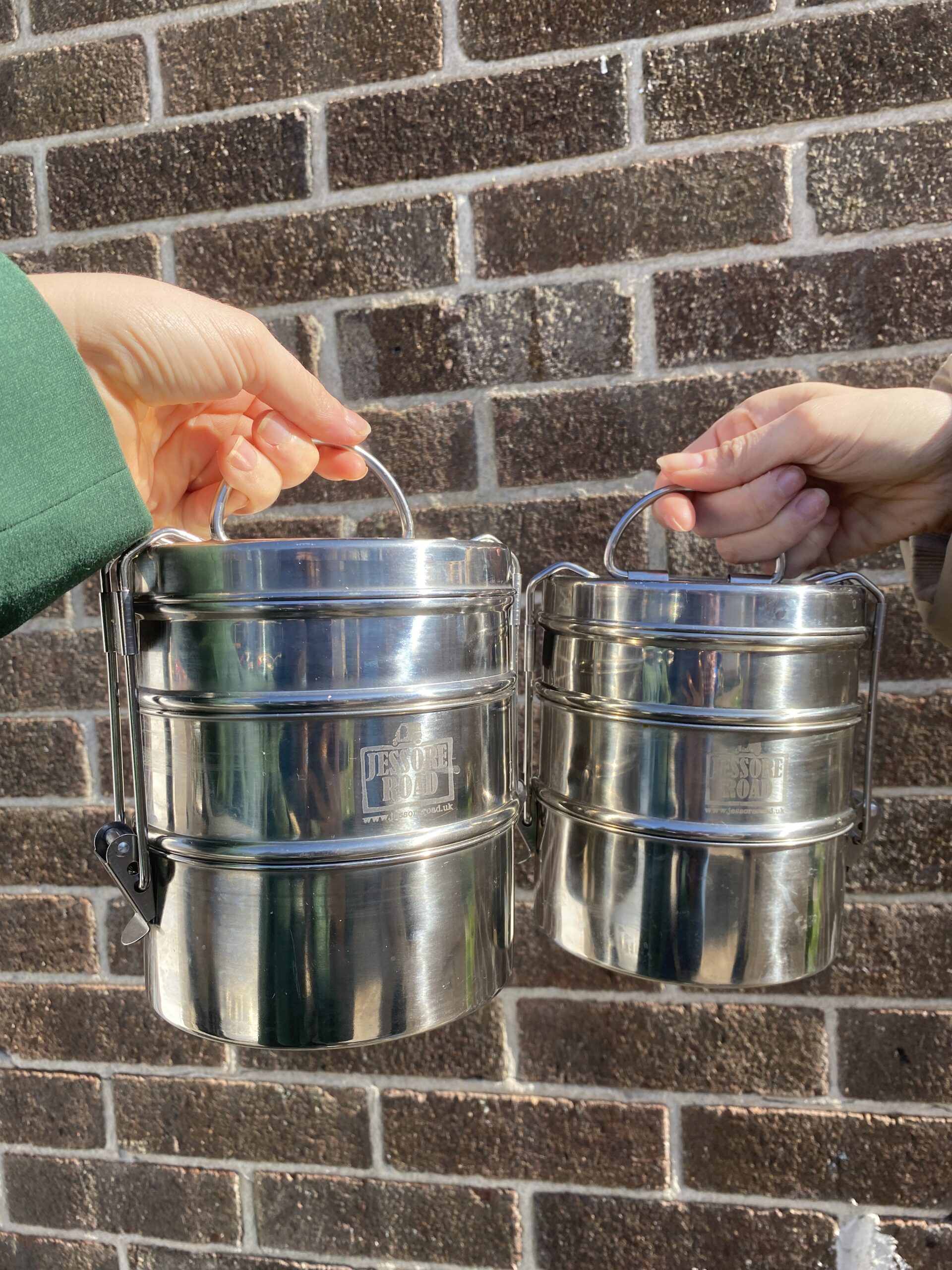 Jessore Road is based in Trafford, with dishes taking upwards of four hours to cook on giant hobs. Popular dishes are made using the traditional methods, like their Chicken Korma which differs massively from the Korma’s you might be used to. We headed down last Wednesday to take a look at the menu and hear all the tales from years gone by.

Although traditionally reserved for special occasions, a Chicken Korma is a popular dish in Indian homes. Served with a curried egg, Jessore Road’s Korma has a rich yet subtle flavour achieved without chucking half a pint of cream in. From my chats with the chefs at Jessore Road – I can’t express to you enough how much a Korma SHOULDN’T have cream in. So, stop that right now. 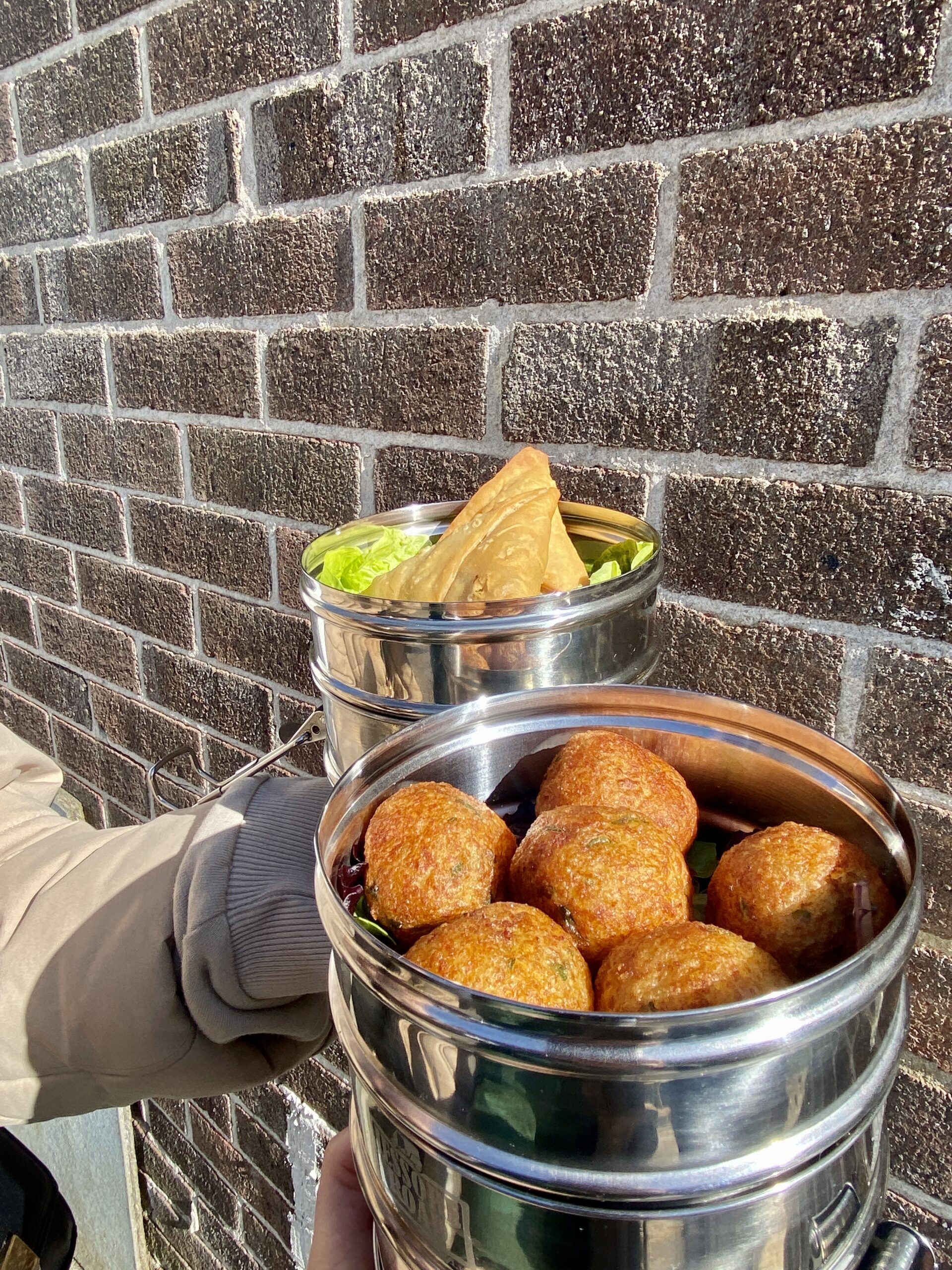 They also serve up classics like Samosas – which was obviously my favourite dish. Deep fied pastry?! HELLO.

Featuring hand-rolled pastry stuffed with mincemeat, pea and potatoes, these delicious bitesize starters have origins in mill and factories workers and traditionally, would be enjoyed with a cup of chai. 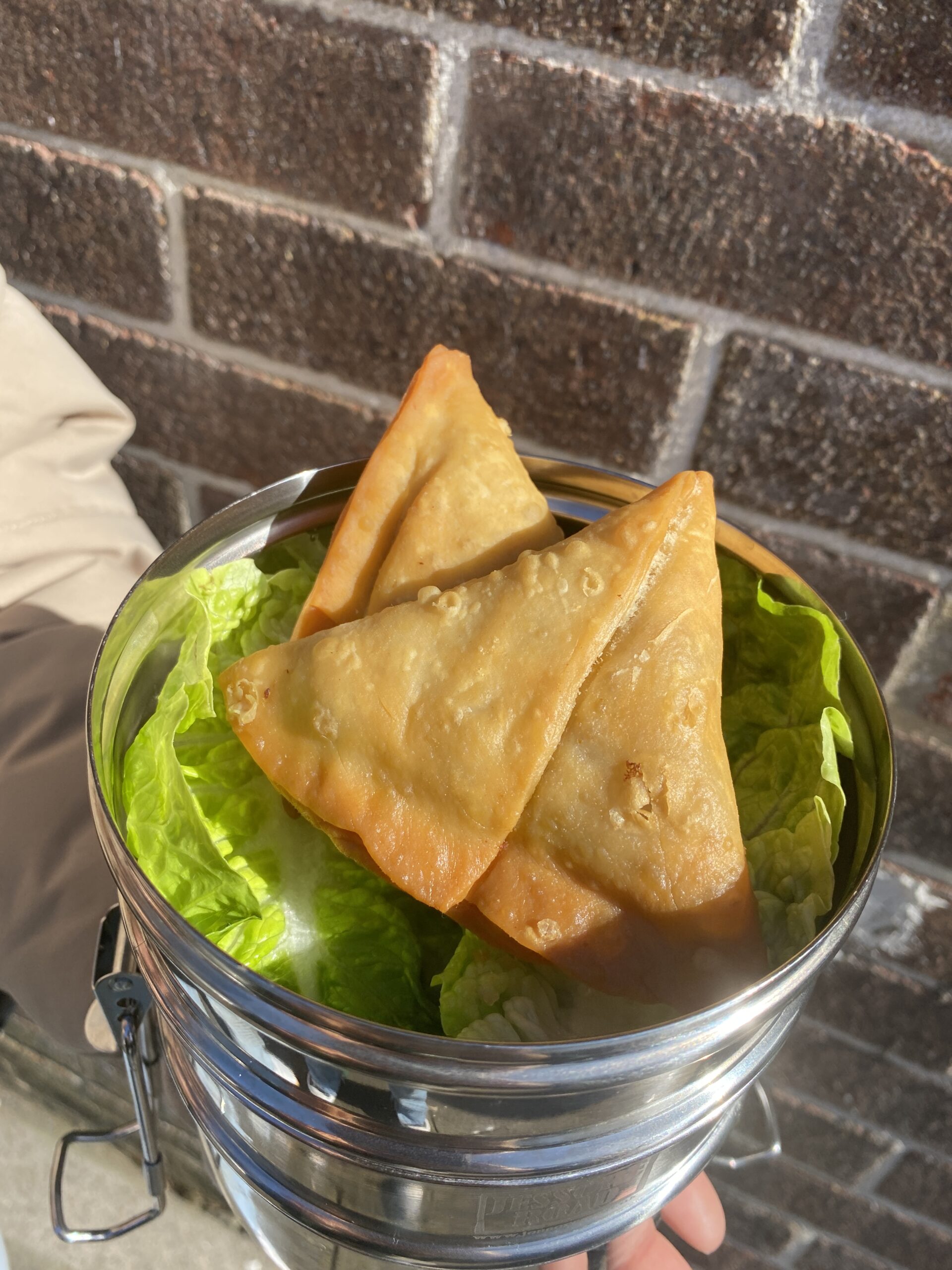 The veggie option this week was Palak Paneer, which is often described as the perfect dish if ‘Popeye was Asian’. A favourite among children and strong men, this creamy and flavourful spinach and paneer dish is traditionally reserved to a Saturday night treat.

Each tiffin is served with the most appropriate rice or some days a poori or homemade paratha.

The Palak Paneer was served alongside a staple – Basmati White Rice. The secret, I’m told, to perfect basmati rice is all in the preparation. These guys knew the rice was cooked by simply looking at it. Plus, the only utensil you need is a plate for scooping, especially when you’re batch cooking like these guys. 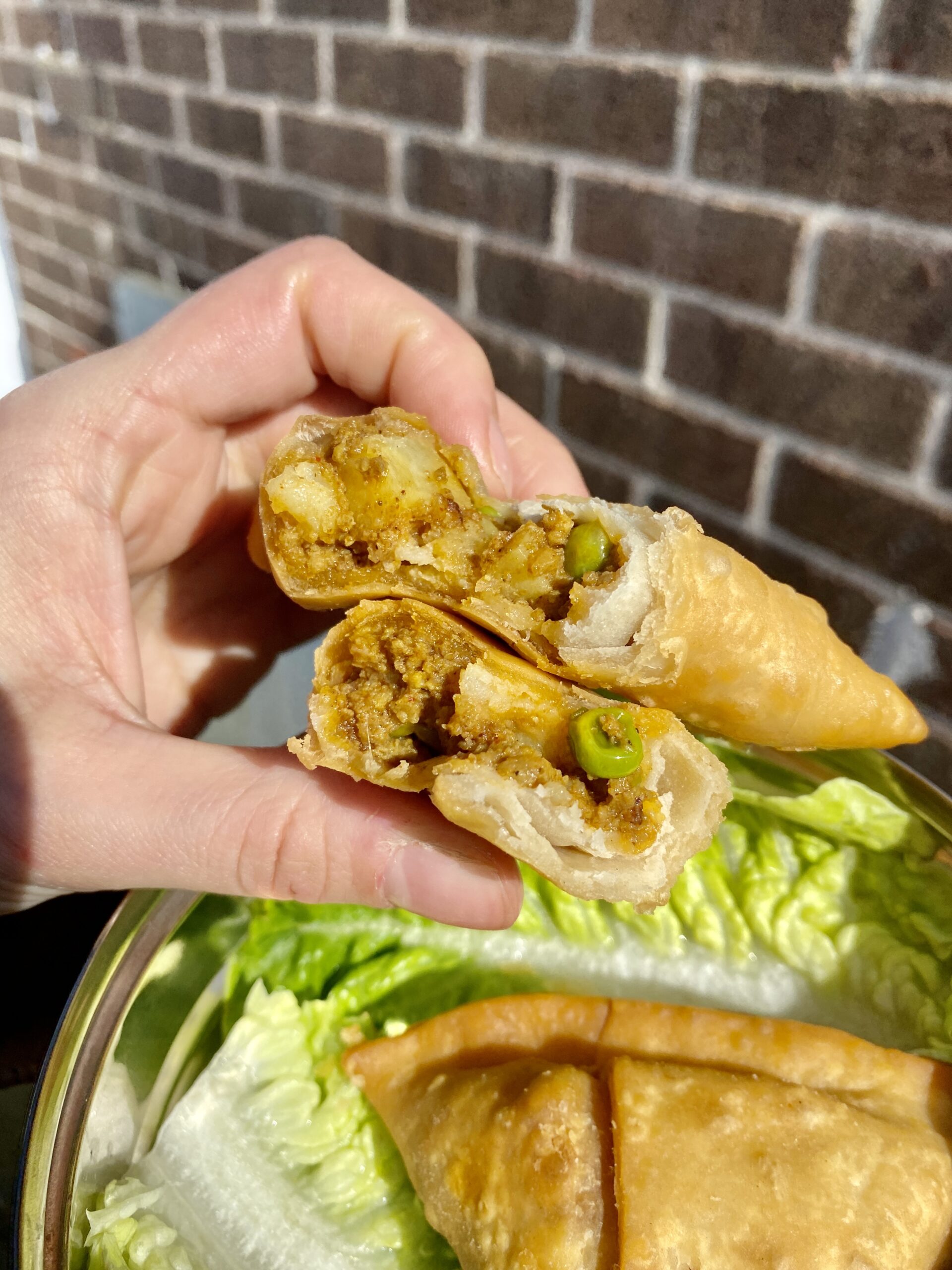 The Korma on the other hand was served with ‘Tehari’, vegetable rice lightly flavoured and mixed with seasonal veggies bought fresh everyday. Traditionally, these would be picked right out of the vegetable gardens that are tended to by their grandparents.

The tiffins make for easy travel and even keep the dishes nice and hot! You can switch out your tiffins and enjoy a discount on your meal or choose to keep them.

NEW DEVELOPMENT: Reserve a Luxury Canalside Apartment & get a FREE 5* Holiday to Antigua!