Pierogi, Vodka & So Much More: A Guide to Polish Food & Drink in Manchester

A look at the city's unique Polish restaurants, delis and supermarkets... 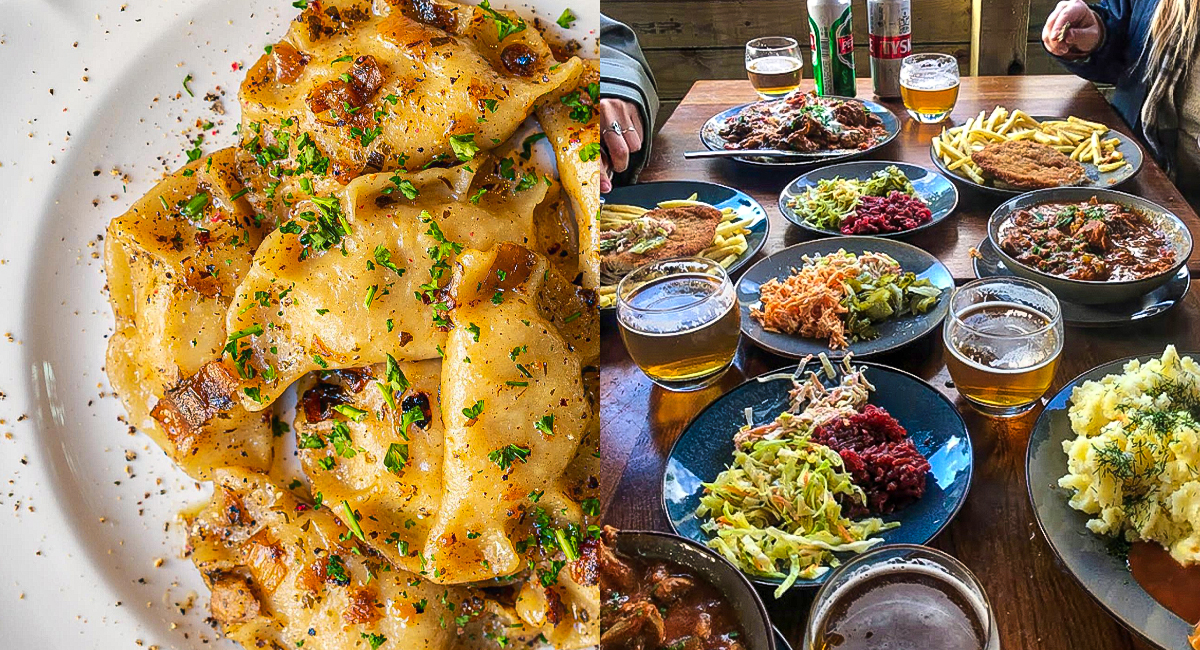 I once got a flight (with Ryanair of course) to Warsaw in 2013 that was so cheap that I only went to make an appearance on a night out for a friend’s 30th and then quickly came back home. Seriously, it cost less than an Uber ride into town from Stretford.

Those 7 hours that I was in the Polish capital though were a carnival of fantastically cheap beers, exotic street foods and a sprinkling of some seriously hard trance and techno. At least I think it was techno – I was pretty smashed and it could have been some kind of niche Polish Speedcore Jungle that’s impossible to differentiate from any other kind of music without the aid of a glowstick.

I have to admit though, my opinion on Polish food back then was rather rudimentary, seeing it as essentially just a load of stodgy soups, sauerkraut and dumplings and not much else. Well, apart from the obligatory shots of vodka between bites that is. 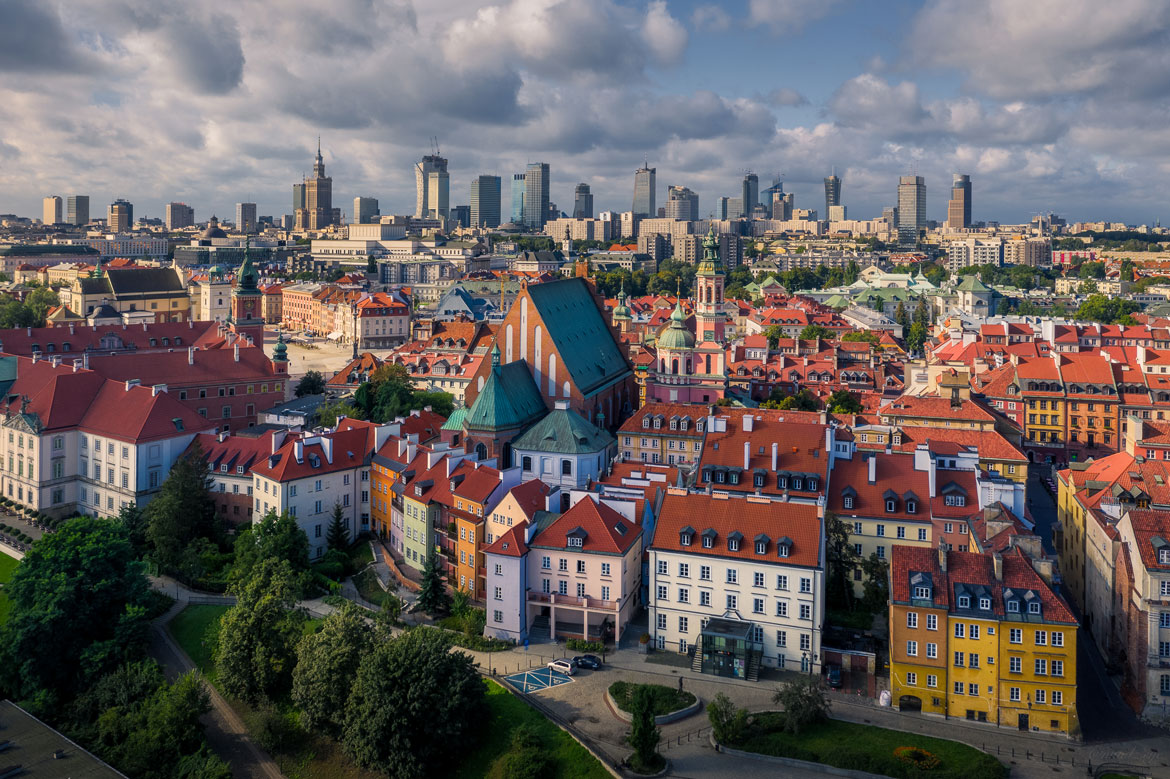 I wouldn’t say that I was wholly ignorant of what Polish food had to offer, although I definitely was, and after the visit to Warsaw, my eyes were, at least partially, opened to the possibilities of Polish cuisine.

Since then, and thanks to an influx of eateries and delis into Manchester, I have been able to explore and nurture this curiosity with aplomb, uncovering a rich and diverse cuisine that somehow manages to keep you coming back time and time again.

According to a Mintel study back in 2016, one tenth of people living in Britain were regularly eating Polish food, and, despite the colossal ramifications of Brexit in recent years, this trend has surely increased considerably in the subsequent years. 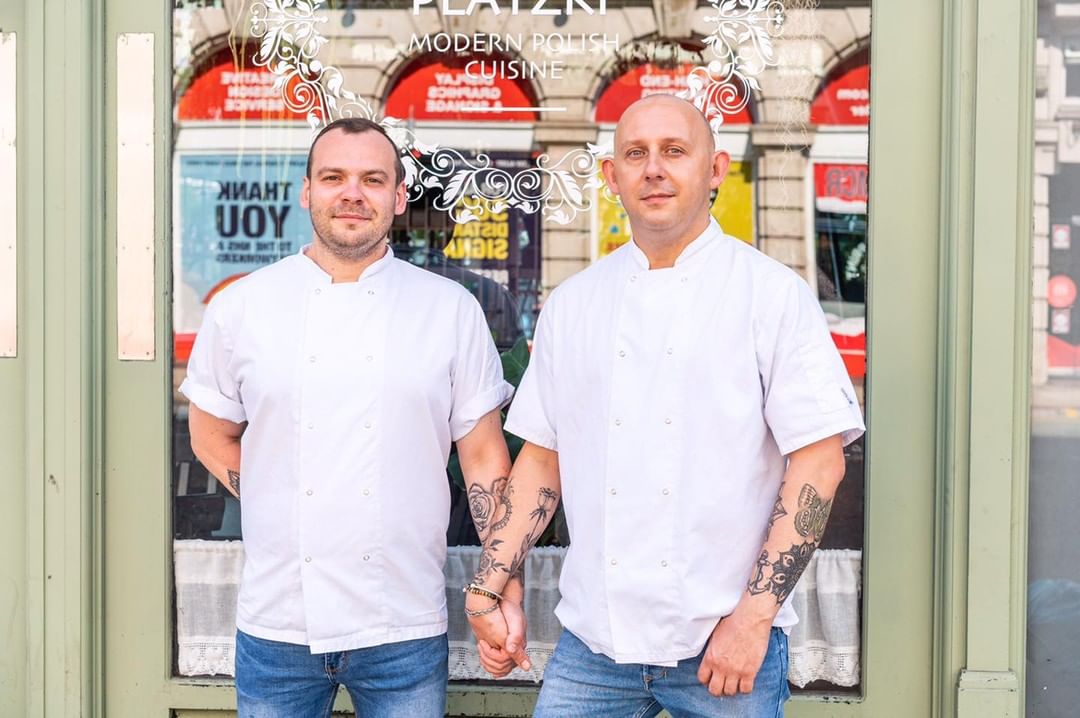 So what’s the Polish food and drink scene like in Manchester? My first stop was to speak to Przemek & Lukasz, the husband and husband team who own the exceptional Platzki on Deansgate.

More and more of us are embracing and experimenting with Polish cuisine, a trend which has been helped in the city with the arrival of a few truly exceptional Polish restaurants, Platski on Deansgate Mews and the frequently lauded The Sparrows, which is now located up on Red Bank in the Green Quarter. 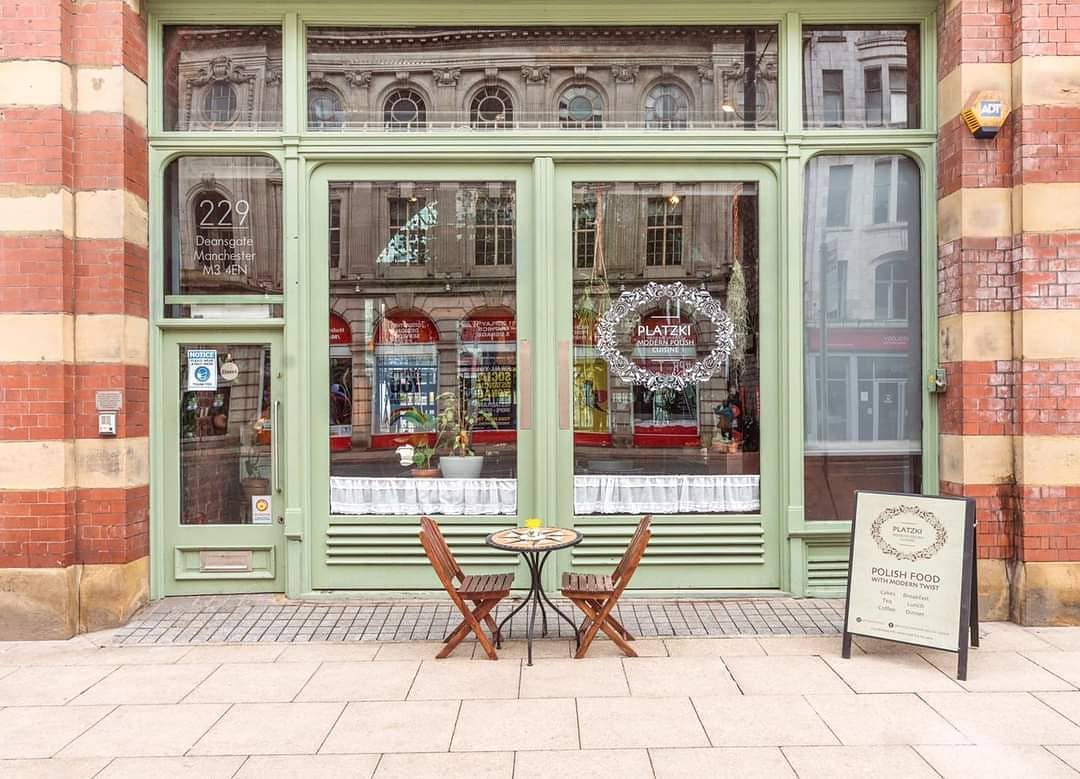 Platzki began as a small restaurant in Spinningfields, before moving to their current 60 cover restaurant on Deansgate and the Mews.

Managing to impress and delight in equal measures ever since, the regularly changing menu here focuses on dishes based on “honest ingredients, injected with passion and goodness”, looking to revolutionise the traditional views on Polish cuisine. 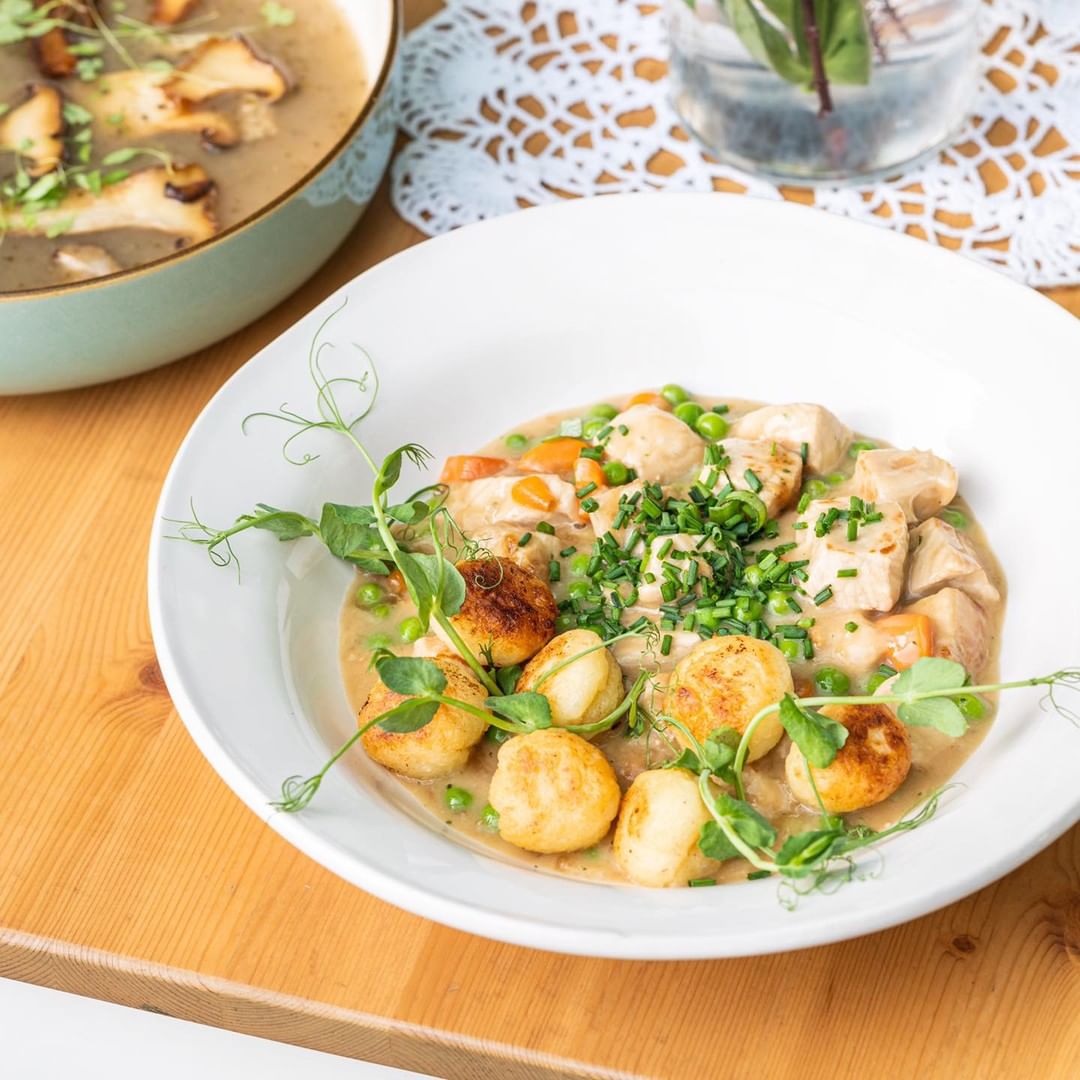 “We take inspiration for our dishes from our childhood homes back in Poland” Lukasz explains “The menu changes regularly but not too many things change much – a few starters, a few main courses and some sides, and there’s always a vegetarian option, fish, and we are trying to put a vegan option in too where we can.”

Top of the list is to try their famous PIEROGI “of course”, which are endless in their versatility and one of the national foods of Poland. A wonderfully comforting dumpling that’s stuffed with any manner of filling – limited only by your imagination really. Traditionally you’ll find potato, cheese, sauerkraut and meat in there, but there’s also a rising popularity in sweet pierogi filled with fruit and ricotta. 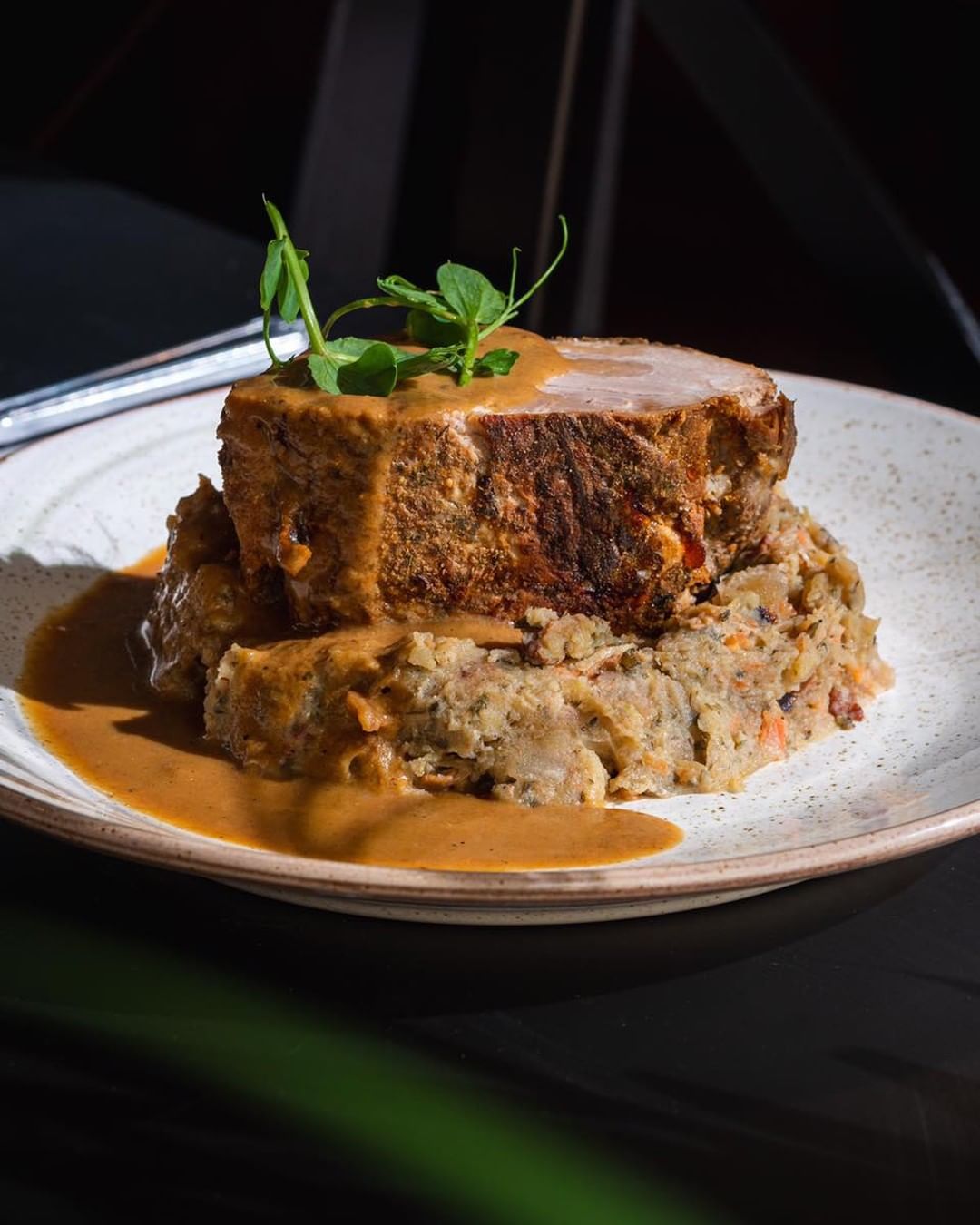 Pierogi are a must in any Polish restaurant, and Platzki’s are wonderful; I would happily eat every iteration and new filling until the cows come home – which, according to my book of Nursery Rhymes – isn’t for a couple of years yet.

Platzki’s best seller though is probably something you’ve never heard of – KARKÓWKA – roasted pork neck that’s an essential component of any Polish summer – where you’ll see it and smell it everywhere.

Sliced and seasoned liberally, the cut of pork is quite fatty, so when it cooks the fat melts into the meat, creating a stunningly tender and juicy cutlet, which Platzki then pairs with roasted potatoes and a rich, homemade gravy. It’s comfort food at its very finest, and utterly unmissable. 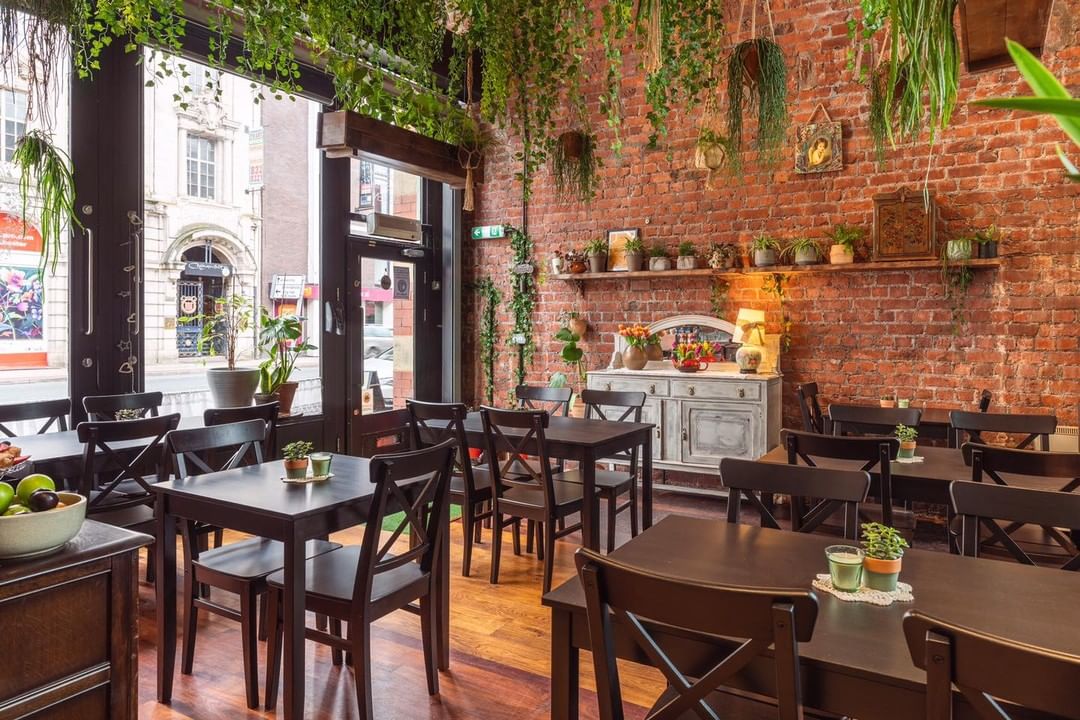 Platzki have enjoyed considerable success over the years, and now that we’re coming out of the pandemic, look forward to introducing many more Mancunians to the wonders of Polish cuisine.

Przemek & Lukasz are looking to start introducing some of the more ‘exotic’ elements of their cuisine to the city, including smoked sheep cheese that’s only made in the Tatra Mountains (OSCYPEK) and a range of flavoured vodkas too.

Lukasz explains how “people from the North are amazing, and so kind. They have been in Poland before and fell in love with our food and so keep coming back”, and if you’re yet to try Polish food – Platzki should be your very first port of call. 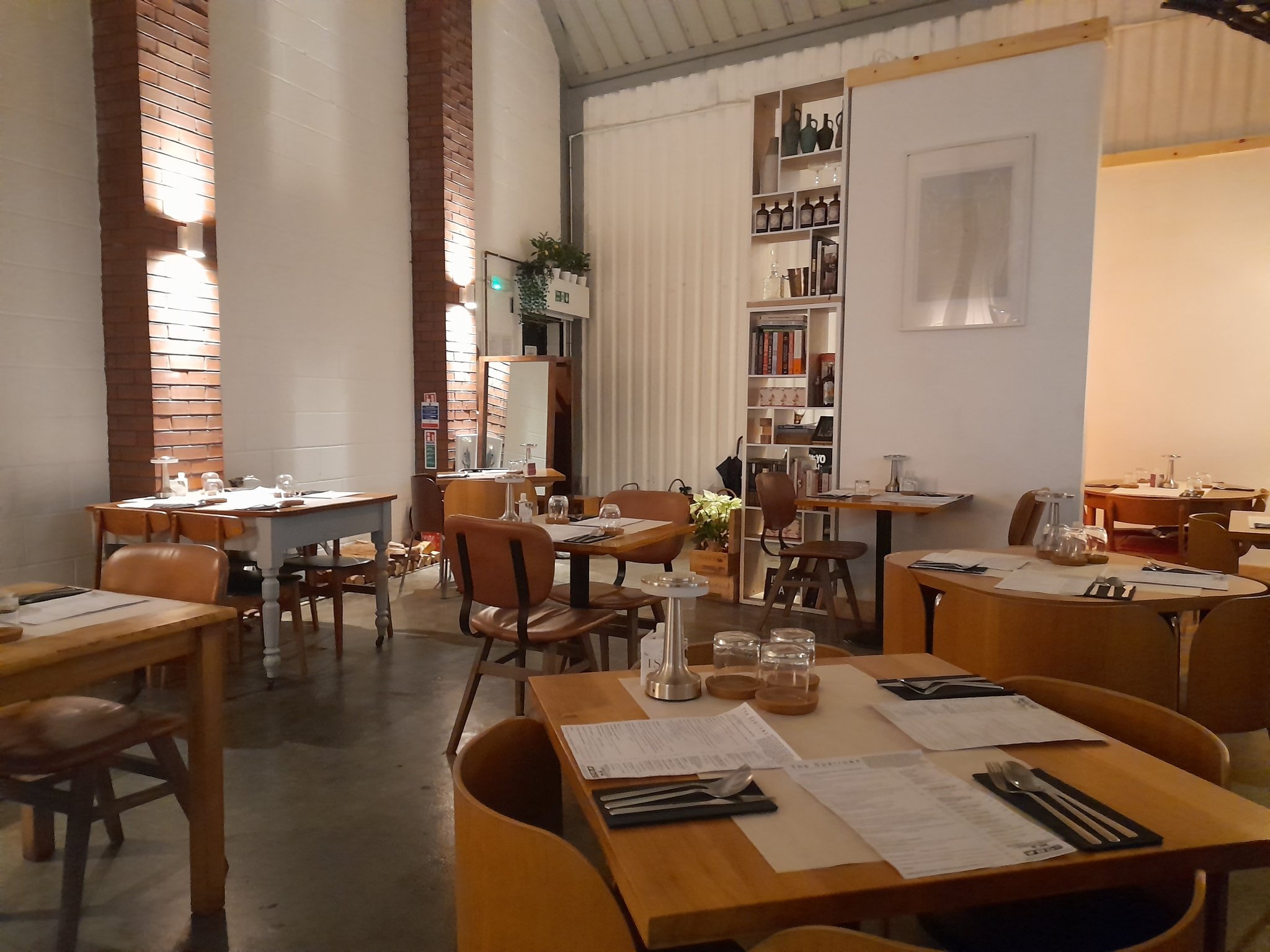 Next up is The Sparrows, which has become one of the city’s most highly regarded restaurants in recent years, despite starting life with a capacity of about 6 people, before more recently moving up to its current, much more accessible spot.

Ever since a storming review from The Observer food critic Jay Rayner back in 2019, The Sparrows has been on most Mancunians must-visit lists – and not without reason.

Although not solely Polish in its offering, The Sparrows is more of a sophisticated ‘European’ restaurant, with influences ranging from German, to Italy, to Russia, with a rather odd splattering of Japanese in the form of a pretty extensive sake menu. 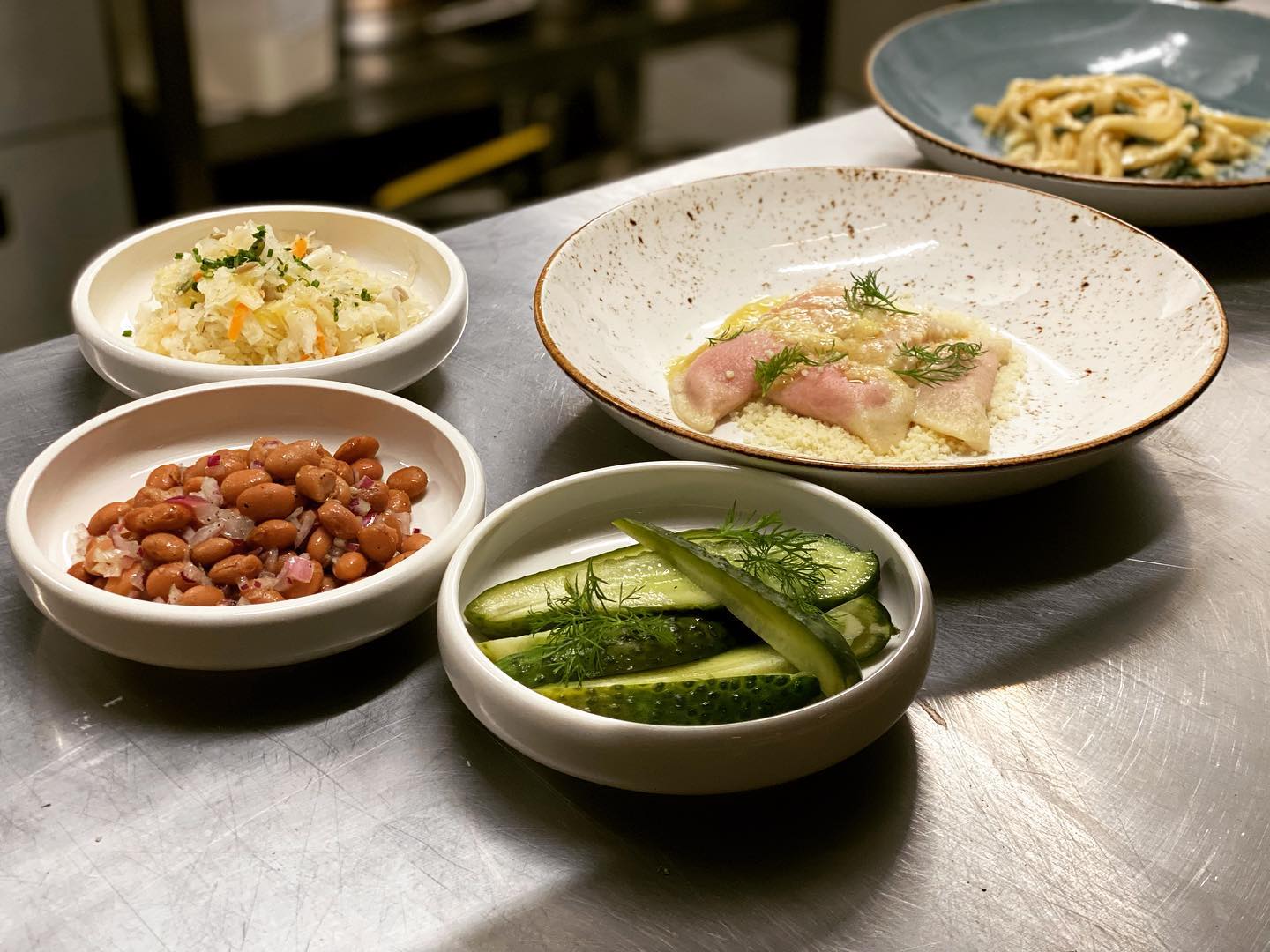 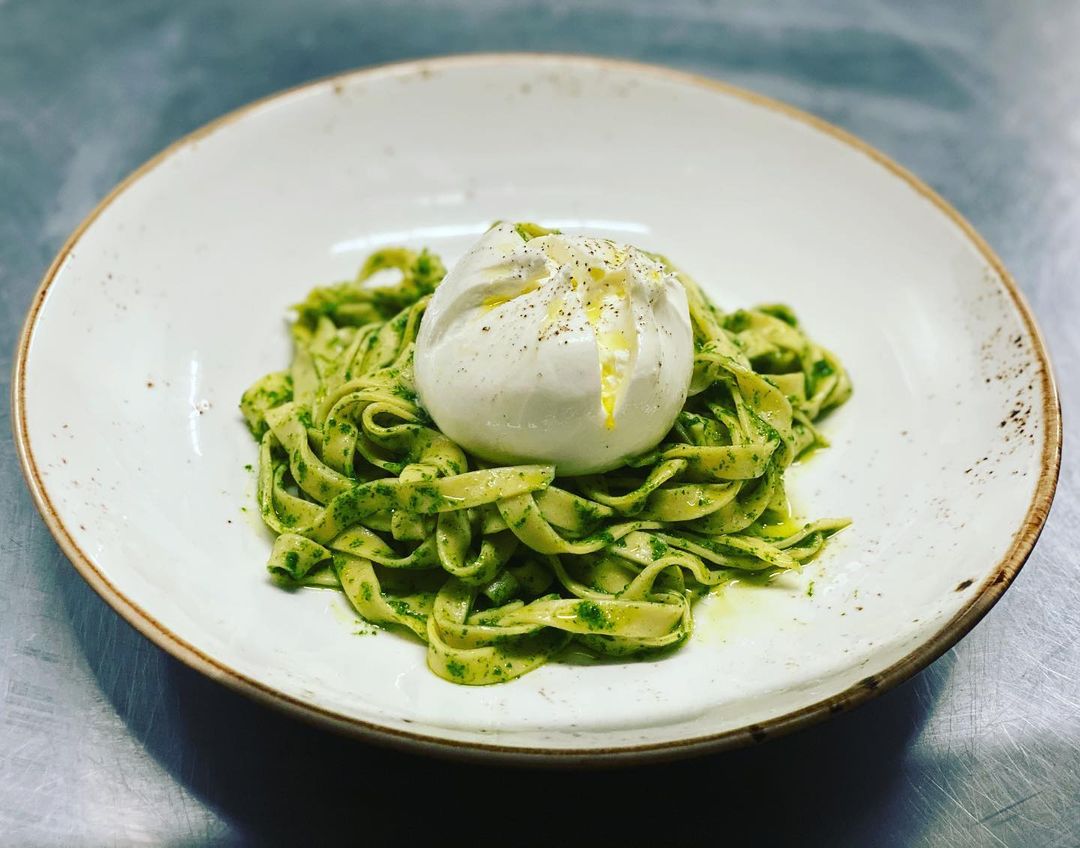 It’s impossible not to recommend everything on the menu at The Sparrows though, Polish or not, and it should rightly be on your mind to visit this highly unique addition to the city’s restaurant scene. It’s also worth noting that they sell the truly outstanding KAVKA Vodka in here – one of Poland’s greatest exports and, made using traditional production techniques that date back to the 18th century, one of the greatest vodka’s in the world.

Finally, and this one will probably come as a surprise to anyone who doesn’t live on a particular street in Old Trafford, is the exceptional U Janusza Kuchnia Polska, the personification of a neighbourhood hidden gem and a truly monumental Polish dining experience. 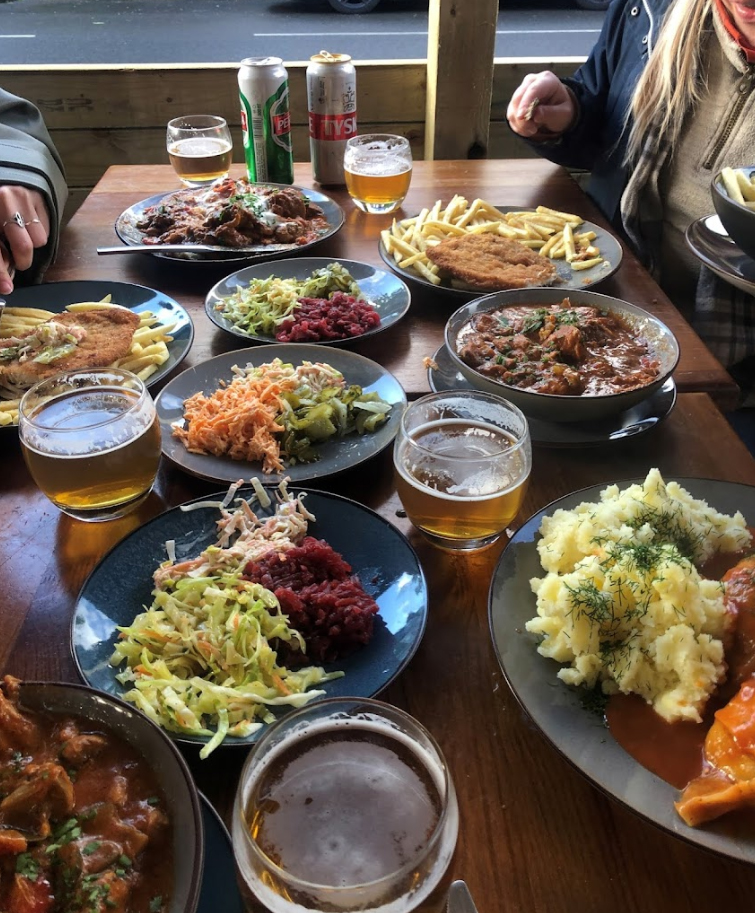 It’s hard to fault this place, set on a little row of shops on a street of terraced houses, it’s neighbourhood dining at its best and is probably the most traditional Polish dining experience in the entire city, maybe even the North West.

Rustic in its appearance, and orthodox in its cooking – its a true testament to this place when you realise that its one of Manchester’s best-kept secrets – with a loyal following who simply don’t want to let the cat out of the bag. 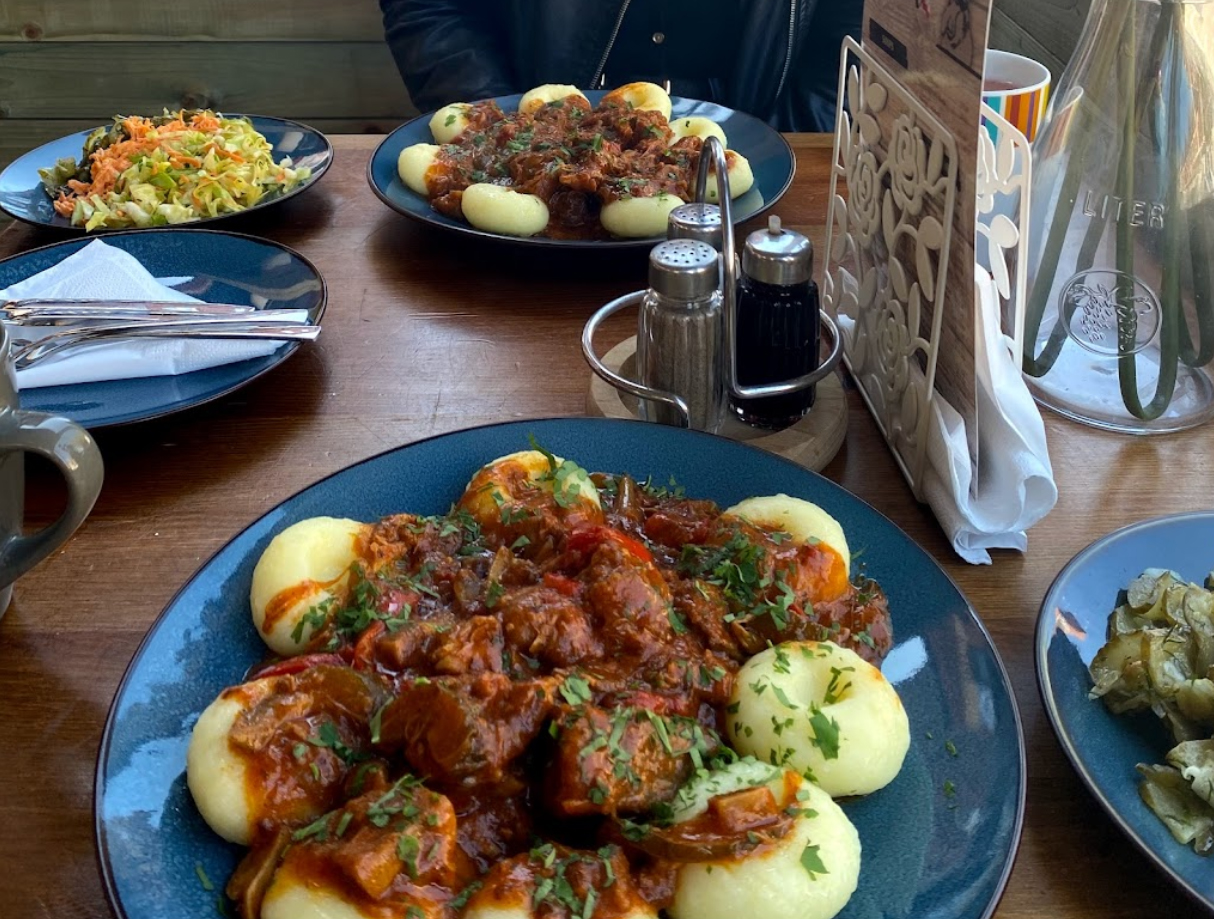 I implore you to visit U Janusza Kuchnia Polska now, even if you’re not on a quest to master Polish cuisine – the experience alone is what drags you here, and ultimately keeps you coming back. Some people say that I married my wife just to be a little bit closer to this place, but that is, of course, simply not true. I promise.

Approximately 2 minutes’ walk from U Janusza Kuchnia Polska, still on Ayres Road, is Cool Country Polski Sklep, one of Manchester’s many excellent Polish convenience stores and deli – offering up an often overwhelming number of groceries, freshly baked goods, frozen food and best of all – booze. 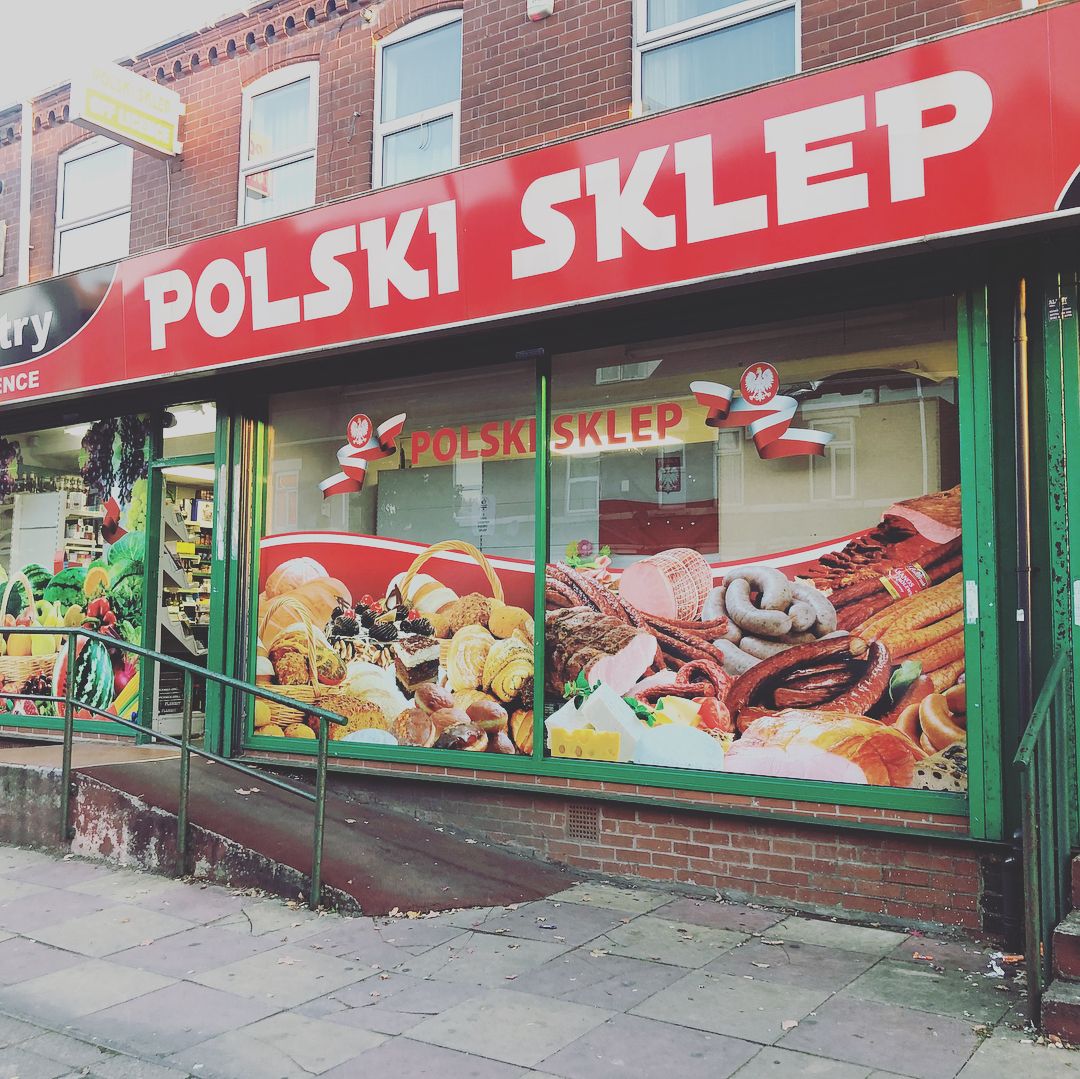 Polski Sklep is the Holy Grail of Polish shops, even going as far as to offer freshly baked pastries and cakes, the likes of which you won’t find outside the streets of Krakow.

The MAKOWIEC is a poppy seed dessert that looks like a Swiss Roll, while SERNICK is the Polish take on cheesecake, which you’ll find on the dining table at every special event or meal across the country.

Euro Delikatesy, over on Ashton Old Road is the biggest Polish food and drink shop in the North West, and the perfect place to get your hands on some of the more difficult to find stuff. The selection is truly monumental, and you could spend a couple of hours just walking around here, picking stuff up and wondering what the hell it actually is and how you use it. 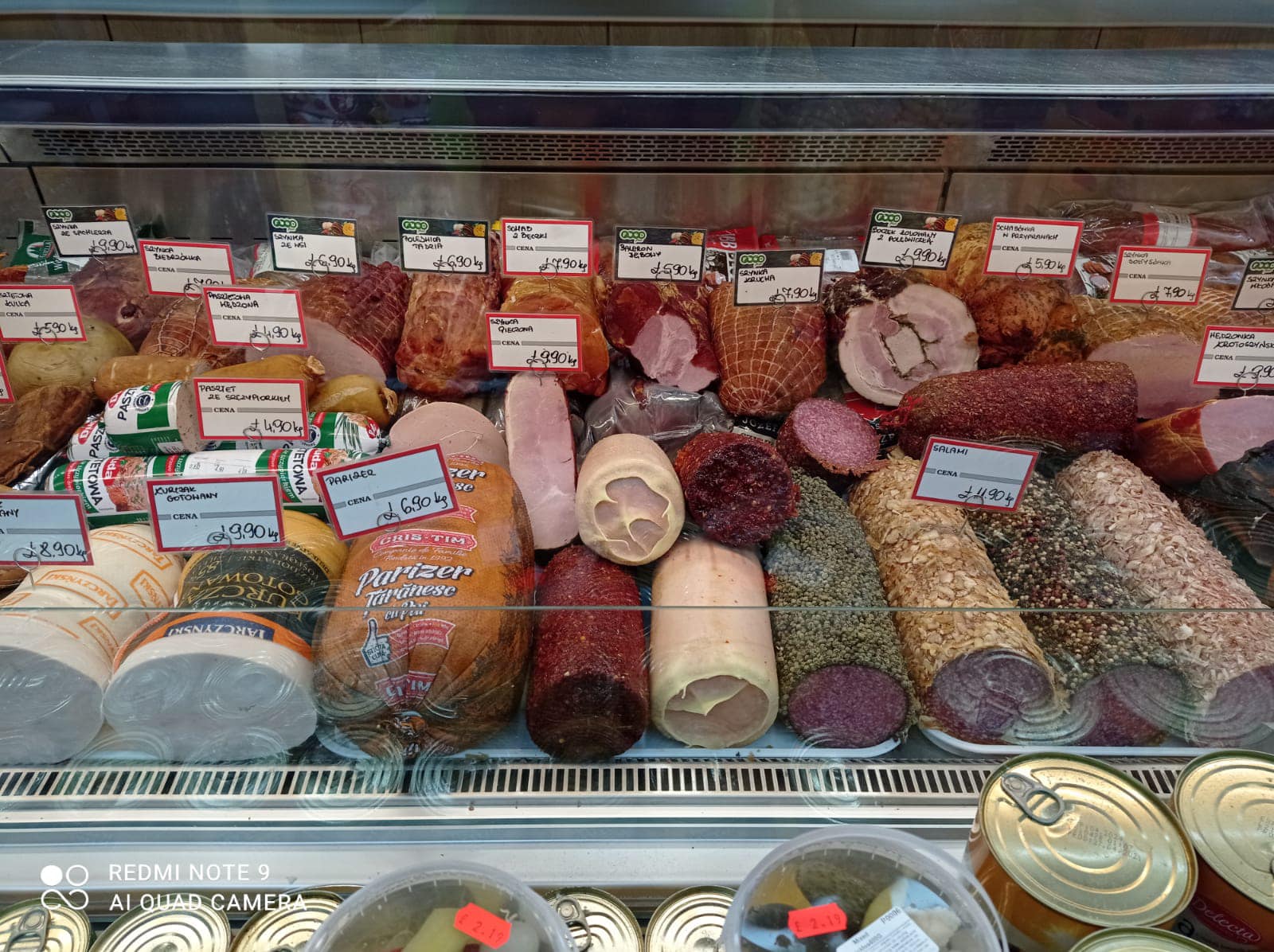 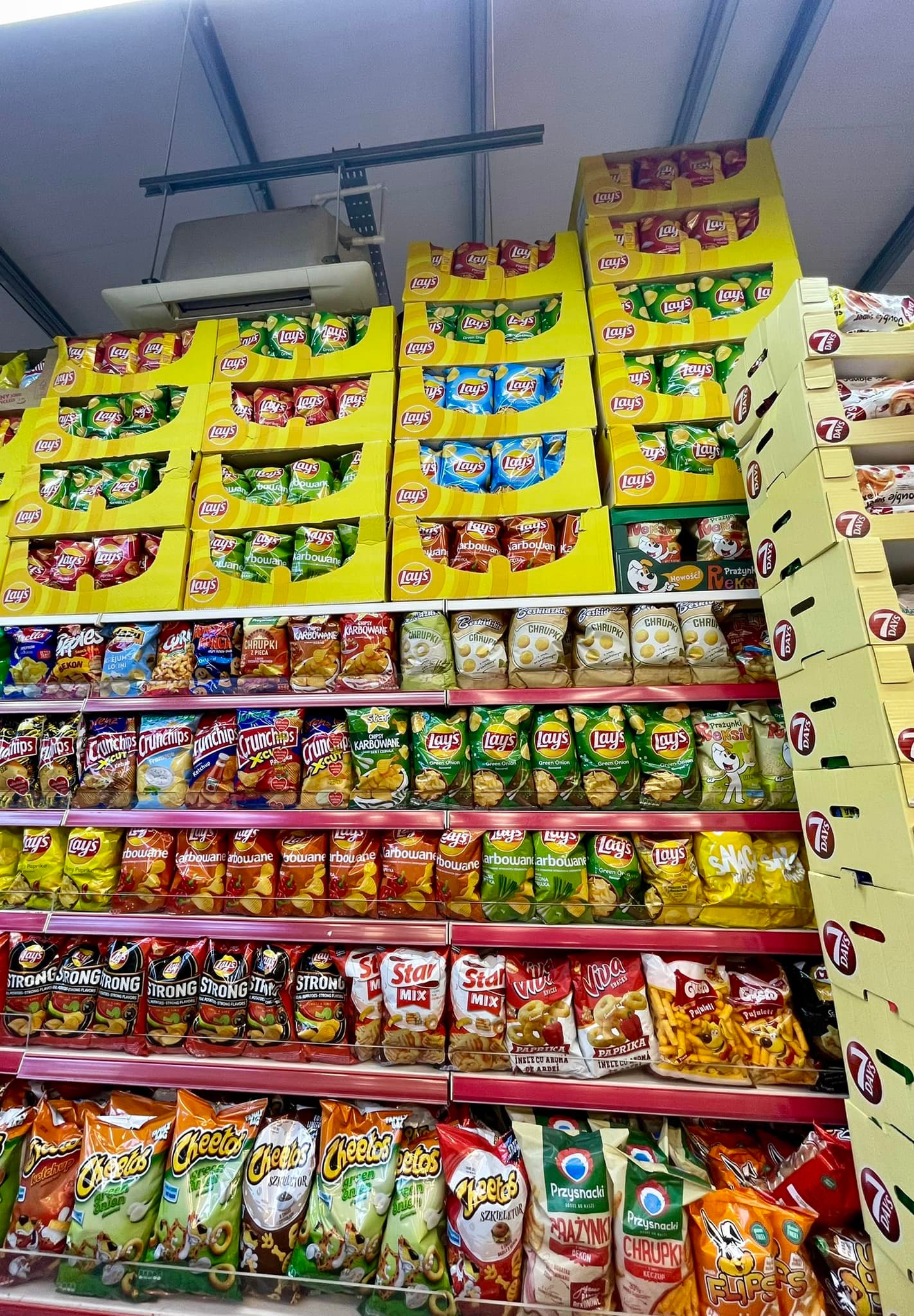 There’s a massive meat and deli counter, freshly baked goodies and cakes and it’s easily the best place in the city to get your hands on some Polish vodka – probably the best in the world, although the Russians might not agree with me when I say that!

Bury Old Road in Crumpsall is also home to Krakow Supermarket, another excellent Polish supermarket that’s well worth a visit. Although not as big as Euro Delikatesy, it more than makes up for it with the sheer variety of products on offer, plus an absolutely rammed deli counter full of lovely Polish sausages and cheeses.

The Ladybird in Stockport is also well worth a visit – packed top to bottom with polish groceries and fresh stuff, and an unbeatable selection of Lay crisps in some truly mad flavours. 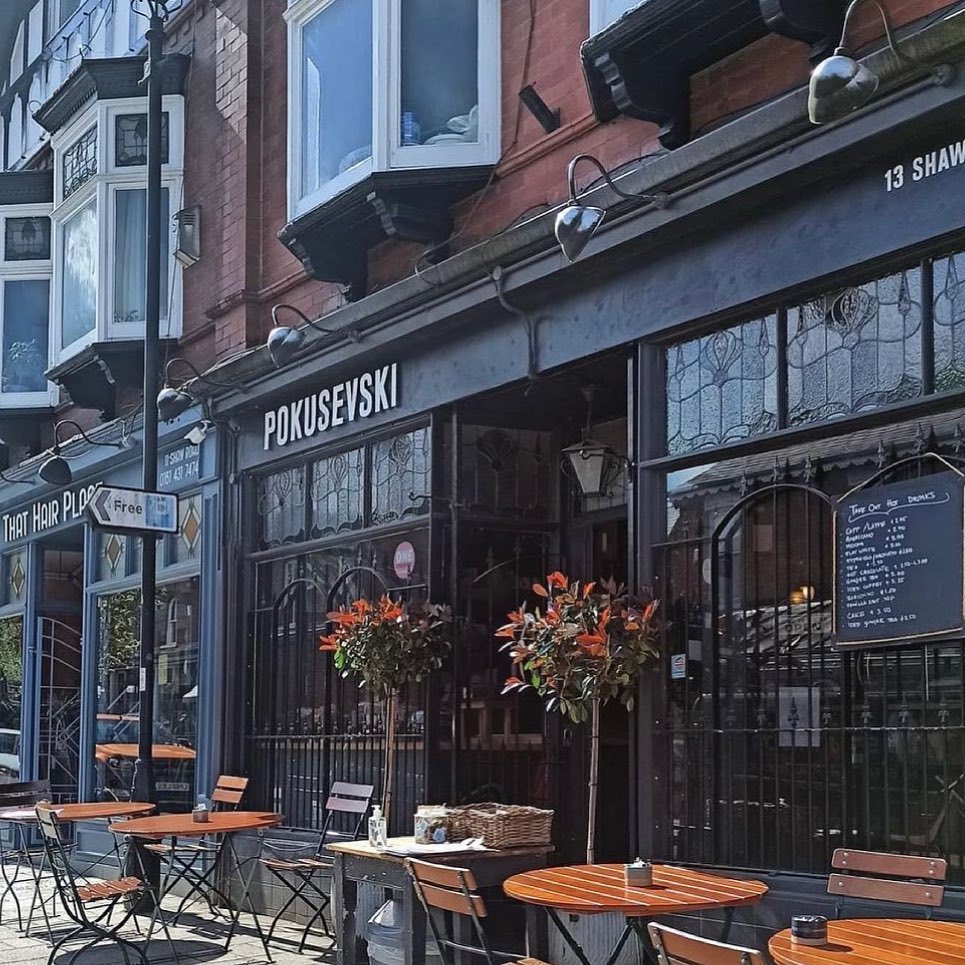 Finally, a shout out should definitely go to the outstanding Pokusevski in Heaton Moor, a café with a menu packed full of Middle Eastern influences, but also one that offers up Polish treats and specials throughout the week.

Similarly, the almost legendary Barbakan Deli in Chorlton offers up Polish breads, slaska sausages and the occasional Polish main, a place where you’re pretty much spoilt for choice from a range that takes in most of Europe and the UK.

So there you have it, there’s plenty to be getting on with if you’re looking for a unique insight into the world of Polish food and drink. 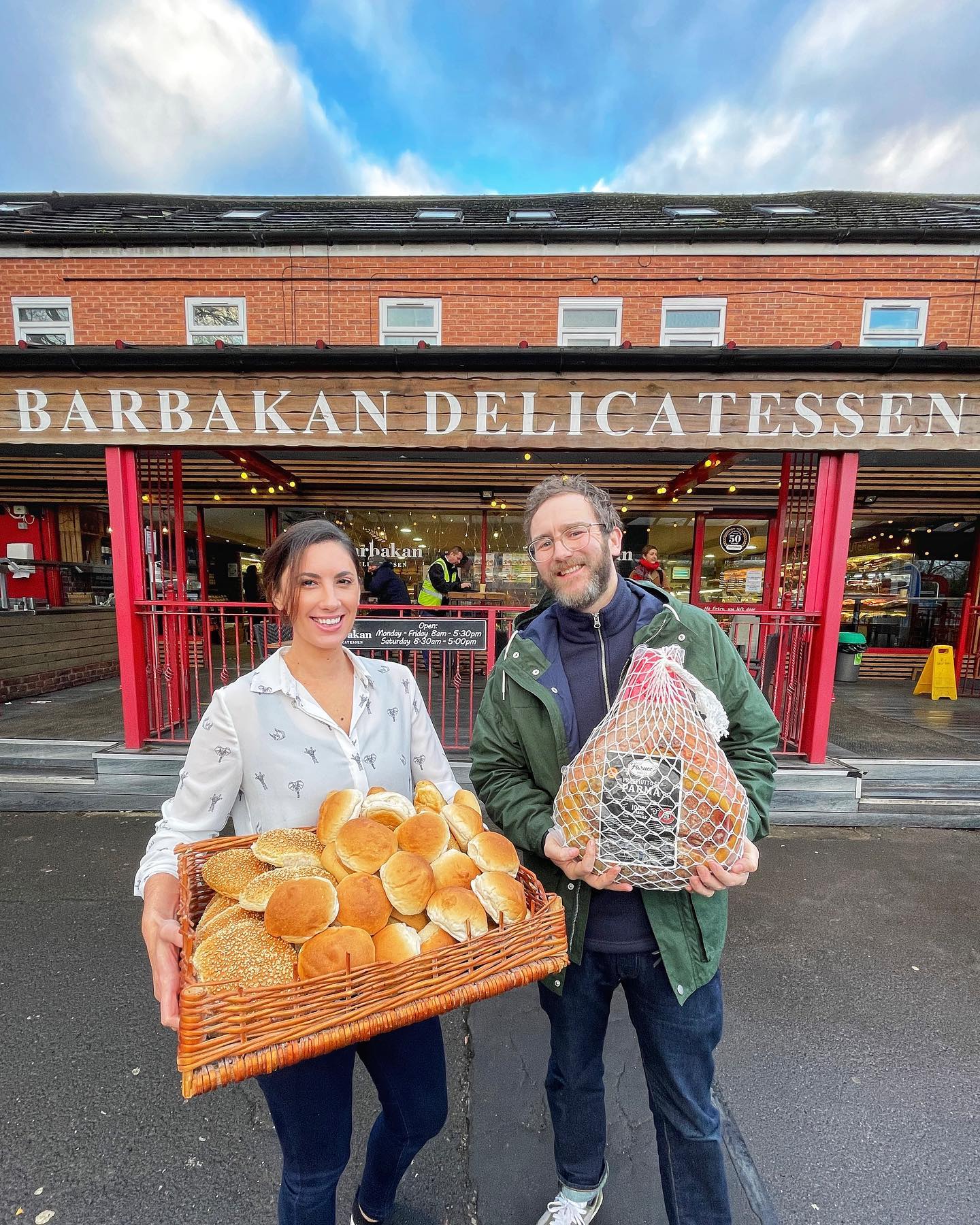 As is always the case, if there’s anywhere near you that you think should be included in this round-up, get in touch and we’ll go check it out.