An often overlooked gem on Withington High Street - The Albert... 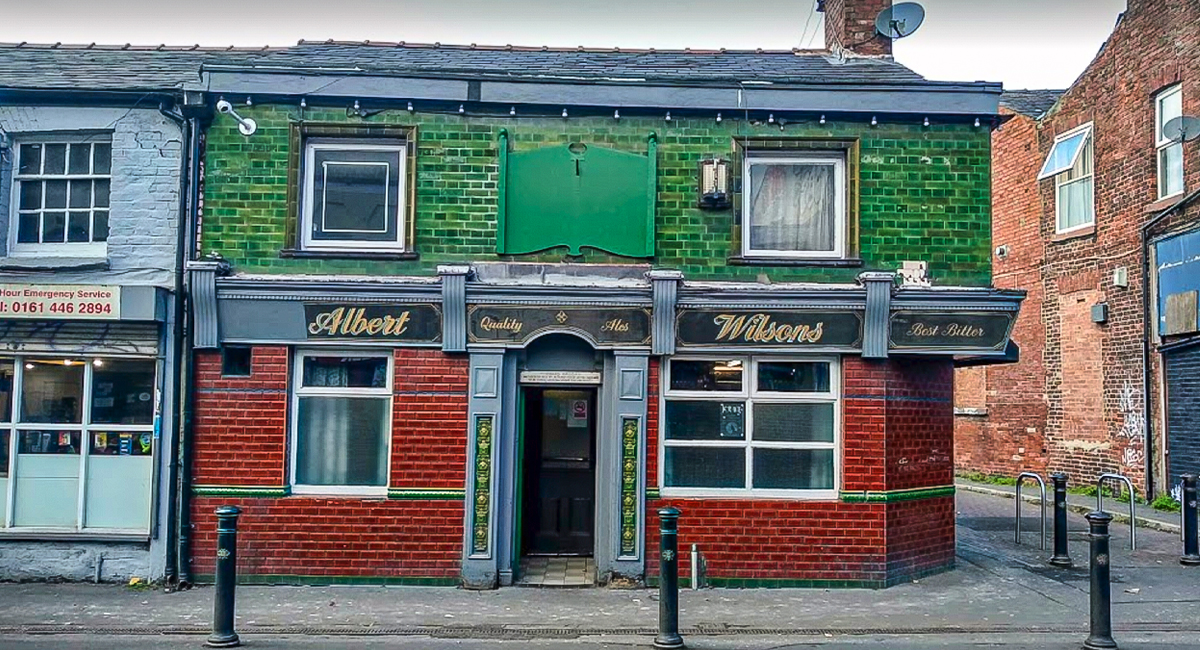 I’ve been to some odd pubs in my time. There was one in Derby which was so like a lawless saloon from the Wild West that I was expecting to see John Wayne walk through the door the whole time, or The Lowerhouse in Derker where the average age of clientele was 14 for a few years back in the 90s.

As time goes on though more and more pubs are becoming ‘Starbucked‘ – essentially bought by a big brewery and transformed into an identi-kit boozer; flooded with blackboards, peanuts in jars and three HD tellies to every wall.

It’s always refreshing to walk into a boozer which hasn’t had this treatment, one that’s managed to weather the prevailing winds of gentrification and maintain a certain character ,and I’m pleased to say that The Albert in Withington is one such pub. 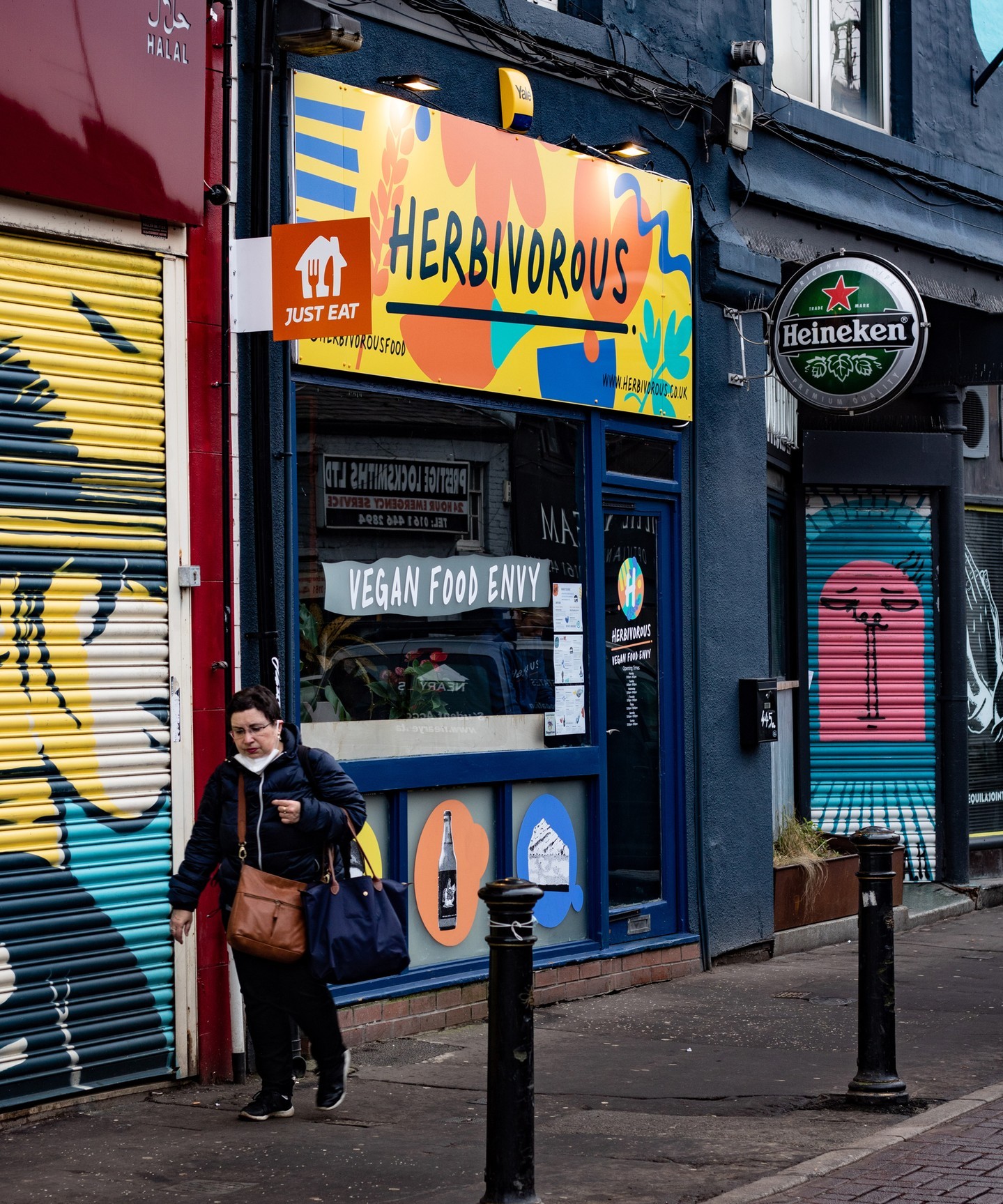 Flanked on all sides by swanky new additions to Withington High Street, from tacos and tequila at Southside, vegan junk food from Herbivorous, and local stalwarts FUEL and Moon, The Albert couldn’t be any more different from the (also excellent) Victoria just a few doors down; these two pubs are different animals altogether.

The Albert is, rather surprisingly, an Irish pub – but you wouldn’t know it from it’s Victorian-tiled exterior and traditional hand-painted signs. Like many of the best pubs out there, The Albert is rough and ready, and has certainly seen better days – a trend that continues inside too.

With alternate pastel tiles on the floor, white-washed walls, strip lighting and chairs that look like they’ve been stolen from an AA Meeting at the local Labour Club, The Albert isn’t pretty by any stretch of the imagination. 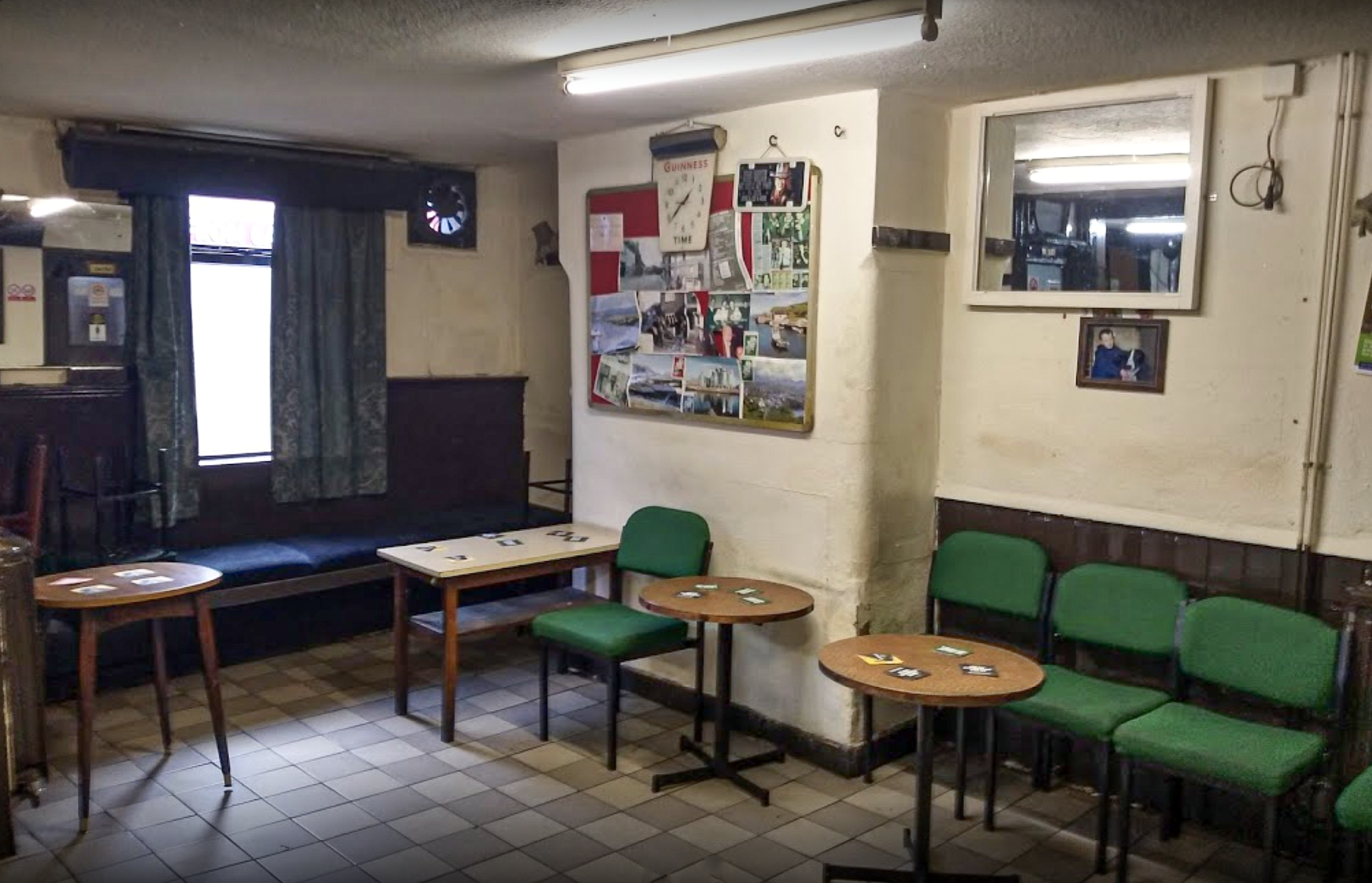 You all essentially sit around the outside of the main room, with the bar at one end and the front door at the other. It’s certainly a strange experience when you walk in for the very first time, and I should probably warn you – everyone will likely look up from their pints at you when you come in – Slaughtered Lamb style.

The thing about The Albert though, and this is something that trumps anything that you’ve experienced so far, it does what many consider to the best pint of Guinness in the whole of Manchester.

Now, such a claim isn’t made lightly, but it is made often. Almost every Irish pub and bar in the Northern hemisphere claims to pour the very best Guinness imaginable, but The Albert – well, don’t take my word for it – there’s plenty of people out there praising this rough and ready little boozer. 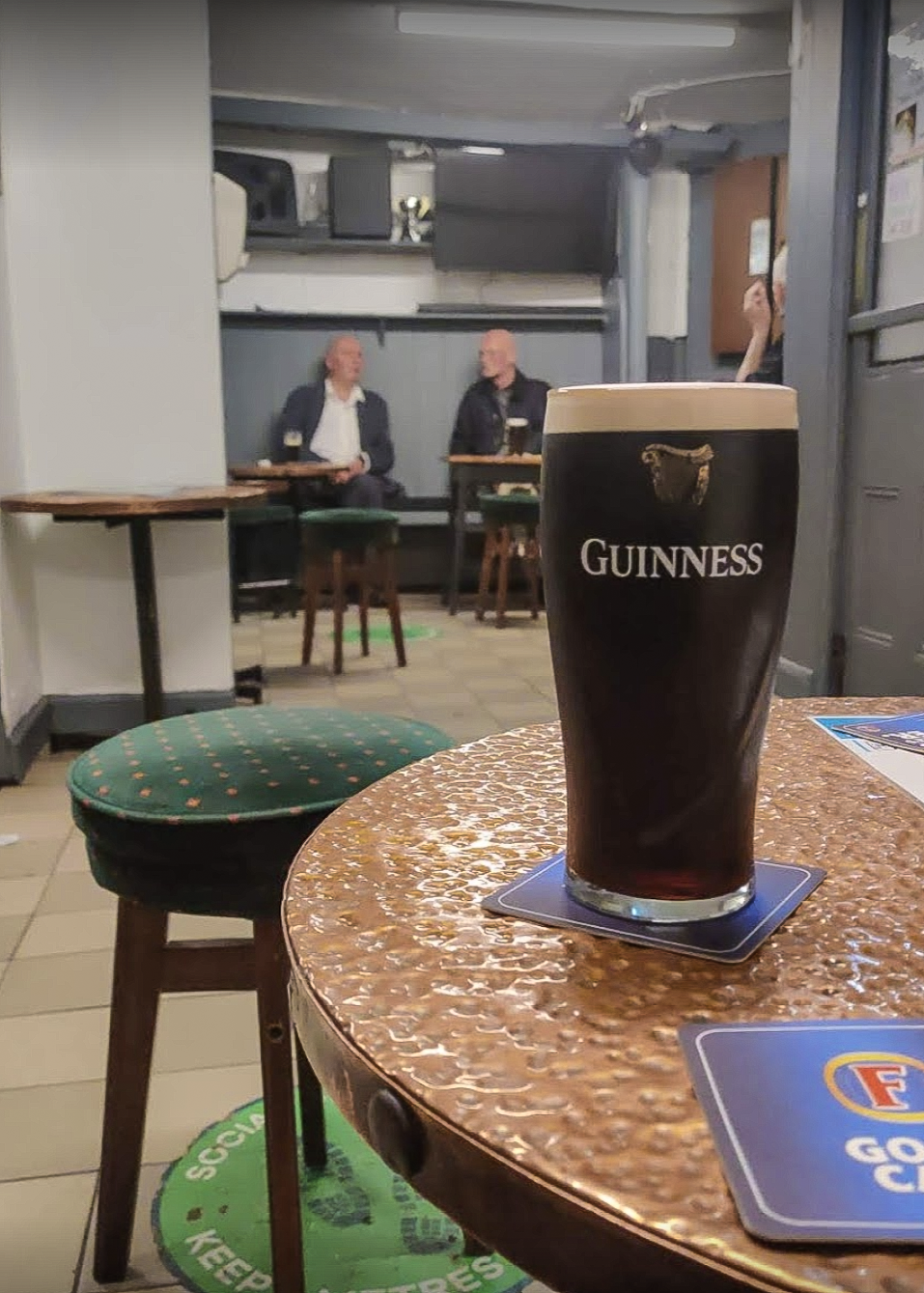 Fans include Manchester bar owner Lyndon Higginson; “The best fucking Guinness in the North”, and even Steven Grimes from The Irish Post (who should know a thing or two about the stuff) who went on a tour to find the best St Patrick’s Day pint of Guinness and came away saying:

“The real authentic unmistakable Guinness taste was evident from the first sip, it’s as good a pint as I’ve tasted anywhere and obviously from a well-kept cellar.”

Finally, there’s a great review from a fella named Andrew Hughes, who was clearly very happy with his sip; “Best pint of Guinness this side of the Irish Sea by a country mile.”

What’s the secret then?

Well, many attribute it to the dedication of The Albert’s landlord, a man called Tom Grogan, who is in his 90s and is actually the UK’s Oldest Publican. He’s been landlord here for well over 30 years! 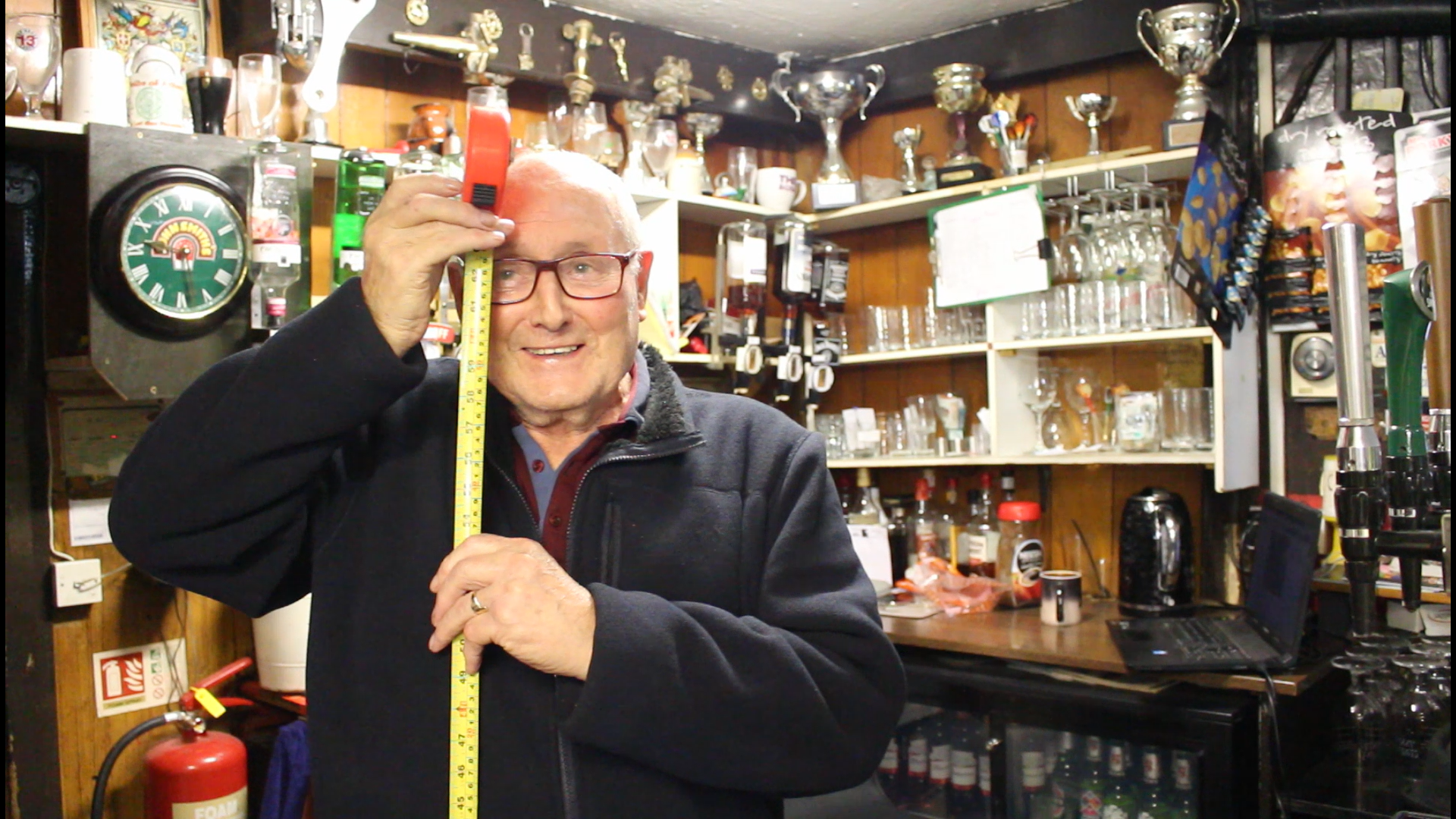 Tom’s originally from Mayo in North West Ireland, but he moved over to Manchester more than 60 years ago, opening his first bar with his wife Anne in Rusholme. Years later they moved to Withington and opened The Albert.

He’s been there ever since, pouring pints and pints of the black stuff to his loyal regulars and the odd gaggle of students who are looking for an authentic ‘Mancunian pub experience’. He still works in the pub from time to time, so when you pop down to Withington for your perfect pint of Guinness, hopefully he’ll be in and you can have a chat with the fella. 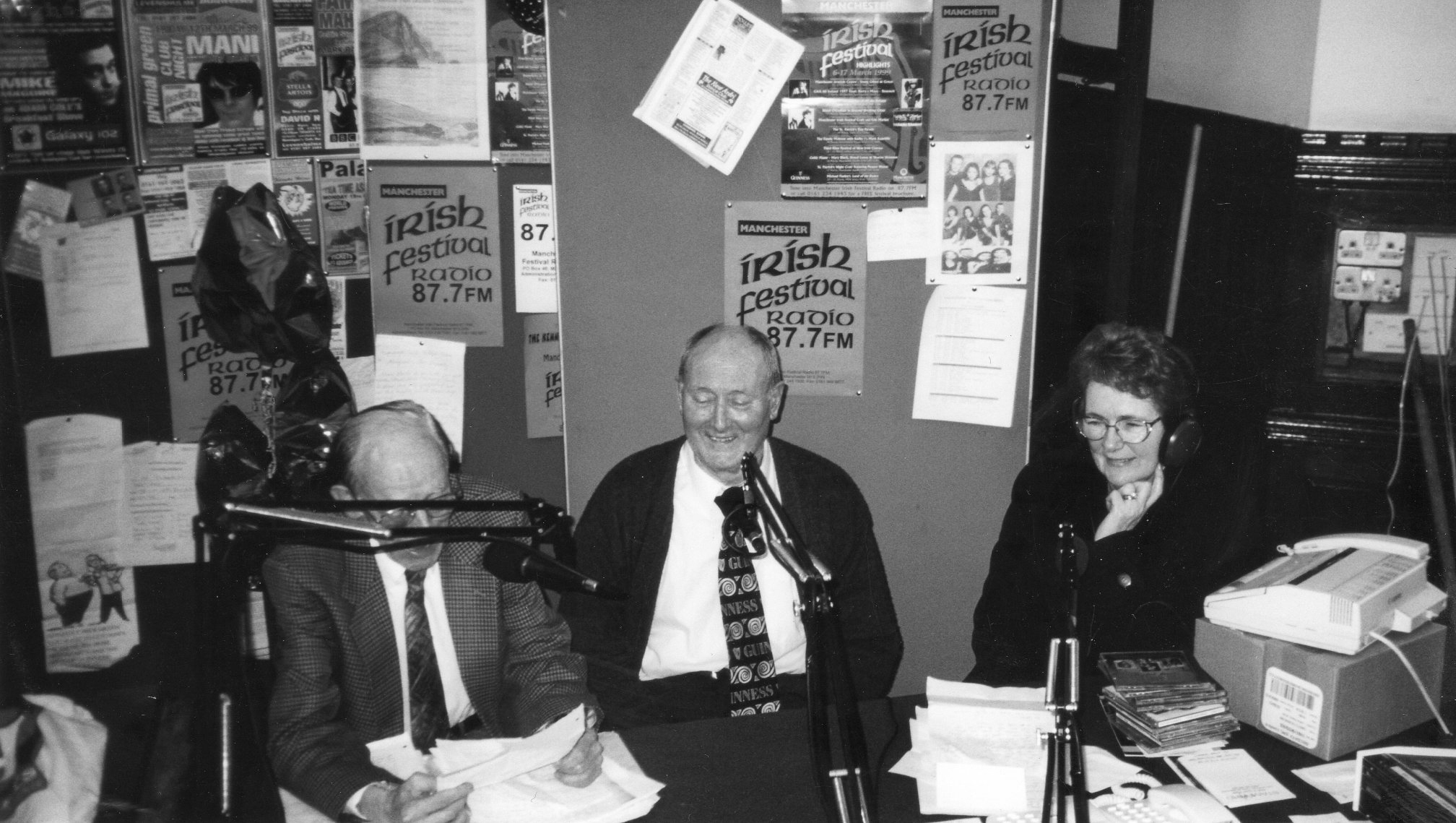 Tom on the radio in the 90s // Credit: Irish Memories

It may not look very pretty, but like all the best things in life (the Millennium Falcon, Benidorm, me) – it has it where it counts. Those spotless pipes that Tom has maintained and scrubbed for decades – still serving up the perfect pint of Guinness.

So if you’re looking for exactly that – you now know where to go. And if you think you might know somewhere with a better pint of Guinness in Manchester – let us know in the comments and we’ll check it out.

The most anticipated new openings in Manchester for 2023
Eating & Drinking