Every week the lads take over their auntie's back yard in Harwood... 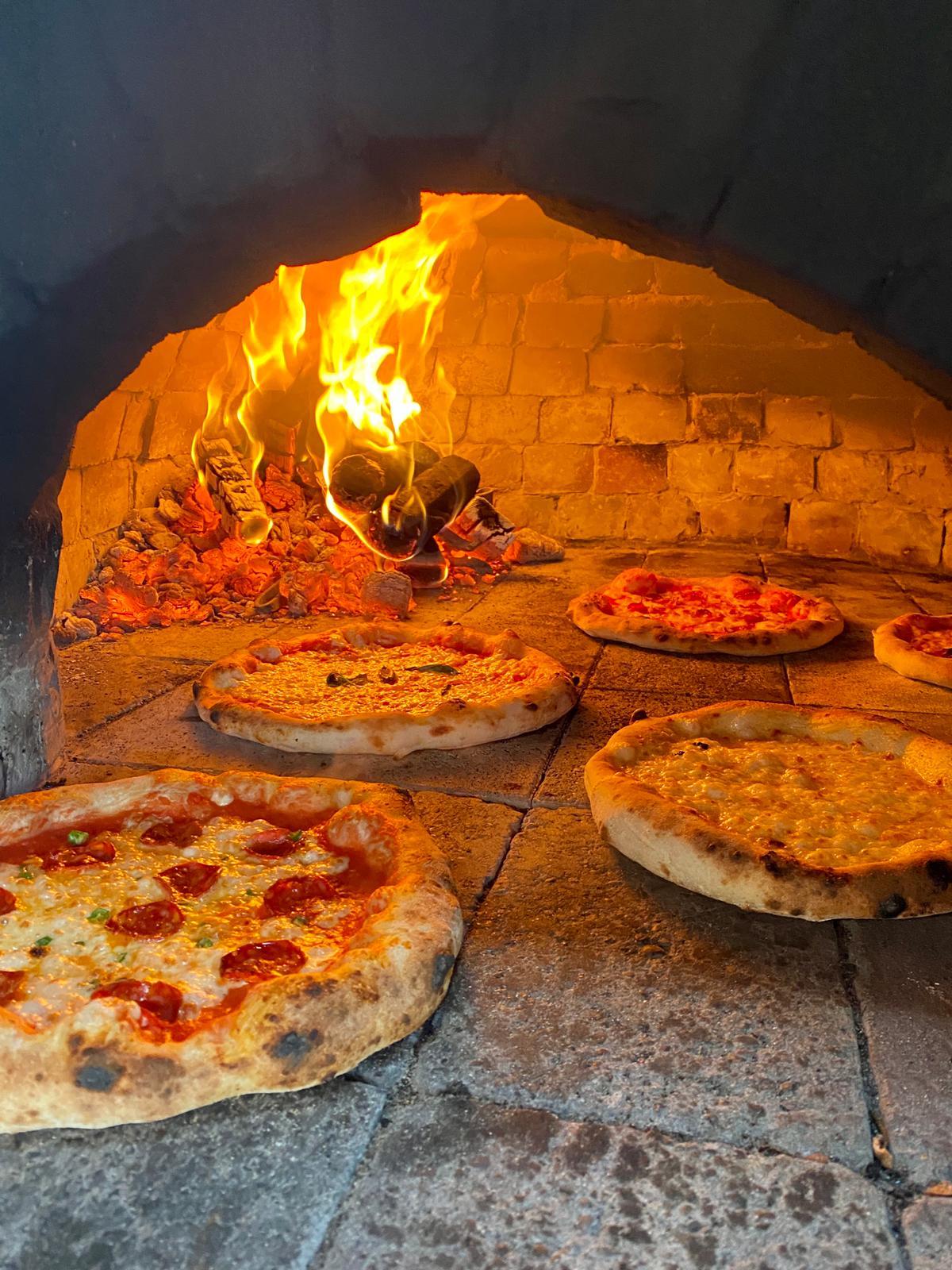 A takeaway pizza business born out of lockdown doesn’t sound too dissimilar to the many exciting new businesses that have popped up as a result of millions of people being stuck indoors on furlough over the past year.

Cugini’s is a little bit different though.

That’s because this pizza business is located in someone’s back garden – using a pizza oven that these 3 lads made all by themselves. Oh, and it’s their auntie’s garden too. And finally – these pizzas are out-of-this-world good! 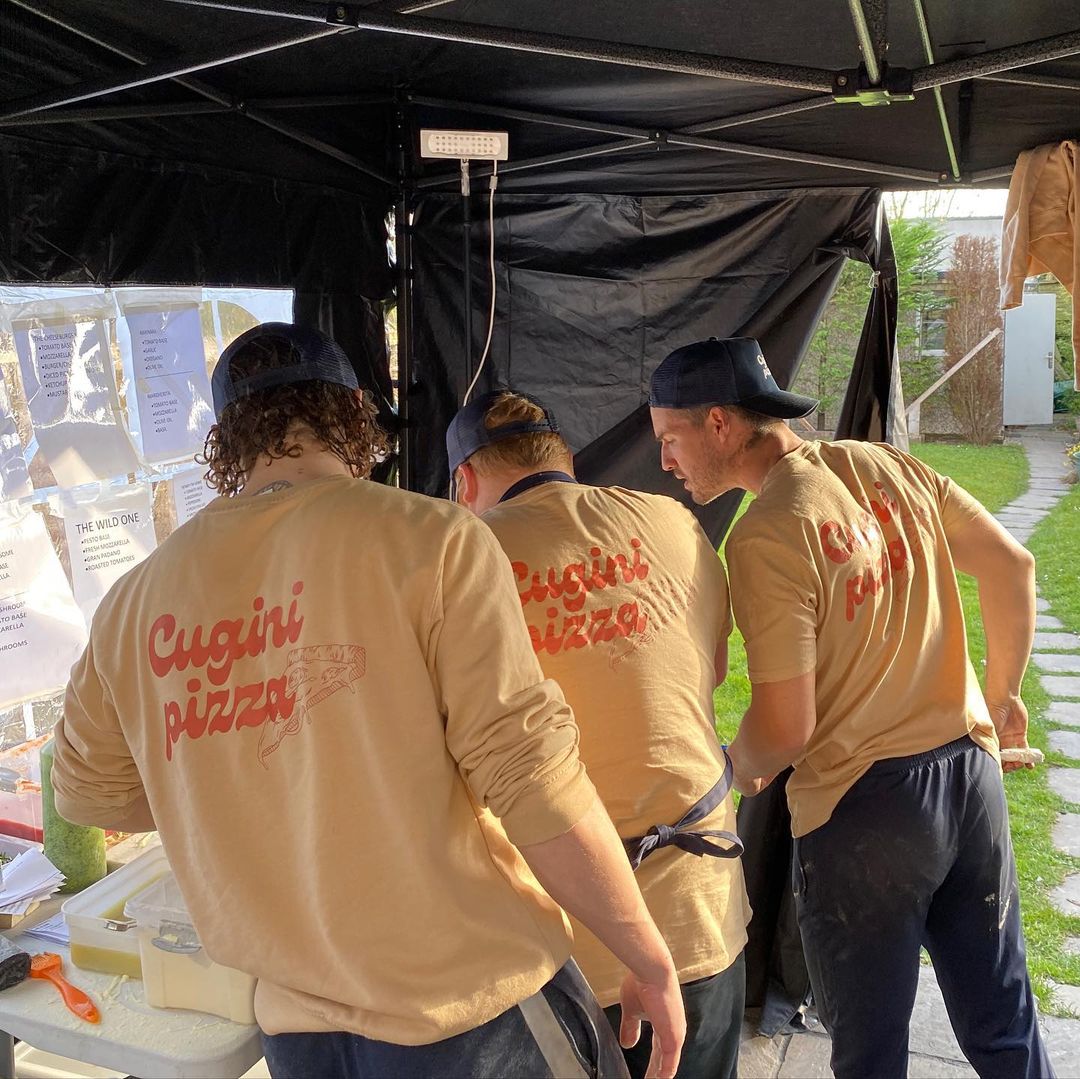 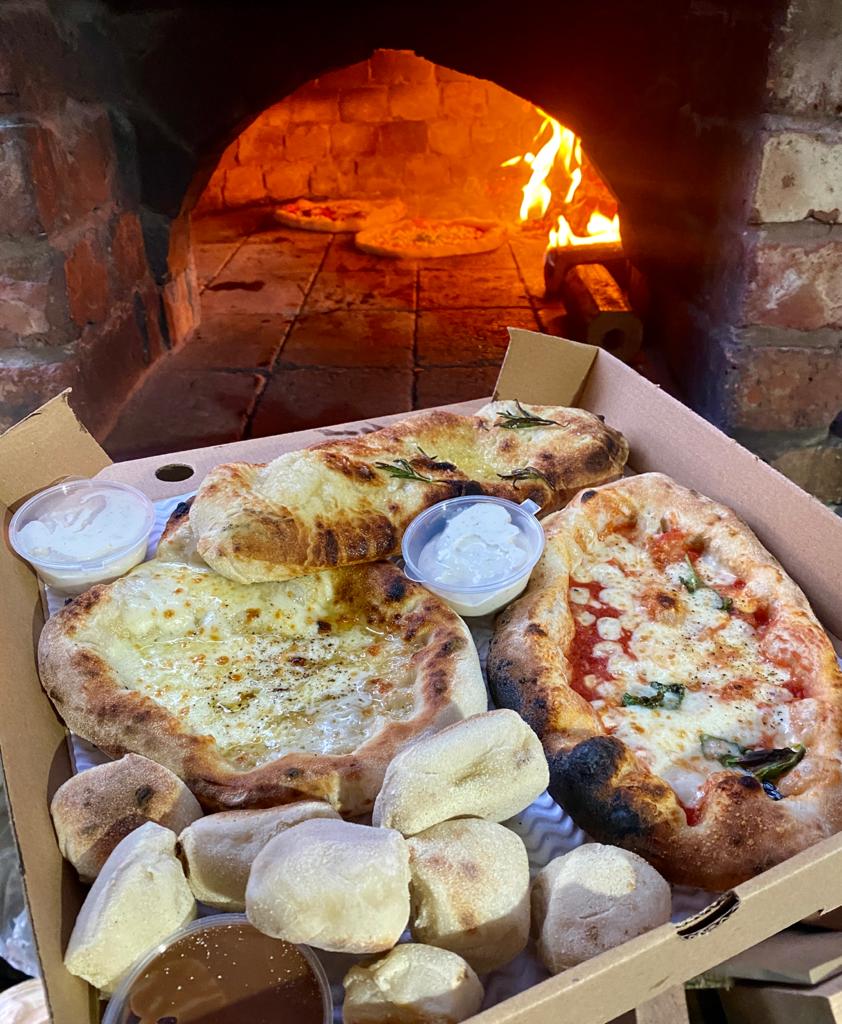 So, let’s start at the beginning, with three cousins – all born and bred in Bolton but brought up with a passion for Italian food by their ‘Nonno’ (grandad) who came over from Italy in the 60’s and opened up one of Bolton’s first Italian restaurants, Salvatore’s, which is now Casa Nostra in Westhoughton.

Nonno’s impact on the culinary life and influences of Conor, Callum and Dino, and their love of pizza encouraged them to begin Cugini’s in January, constructing a wood-fired pizza oven in the back garden and create some absolutely banging Neapolitan pies. 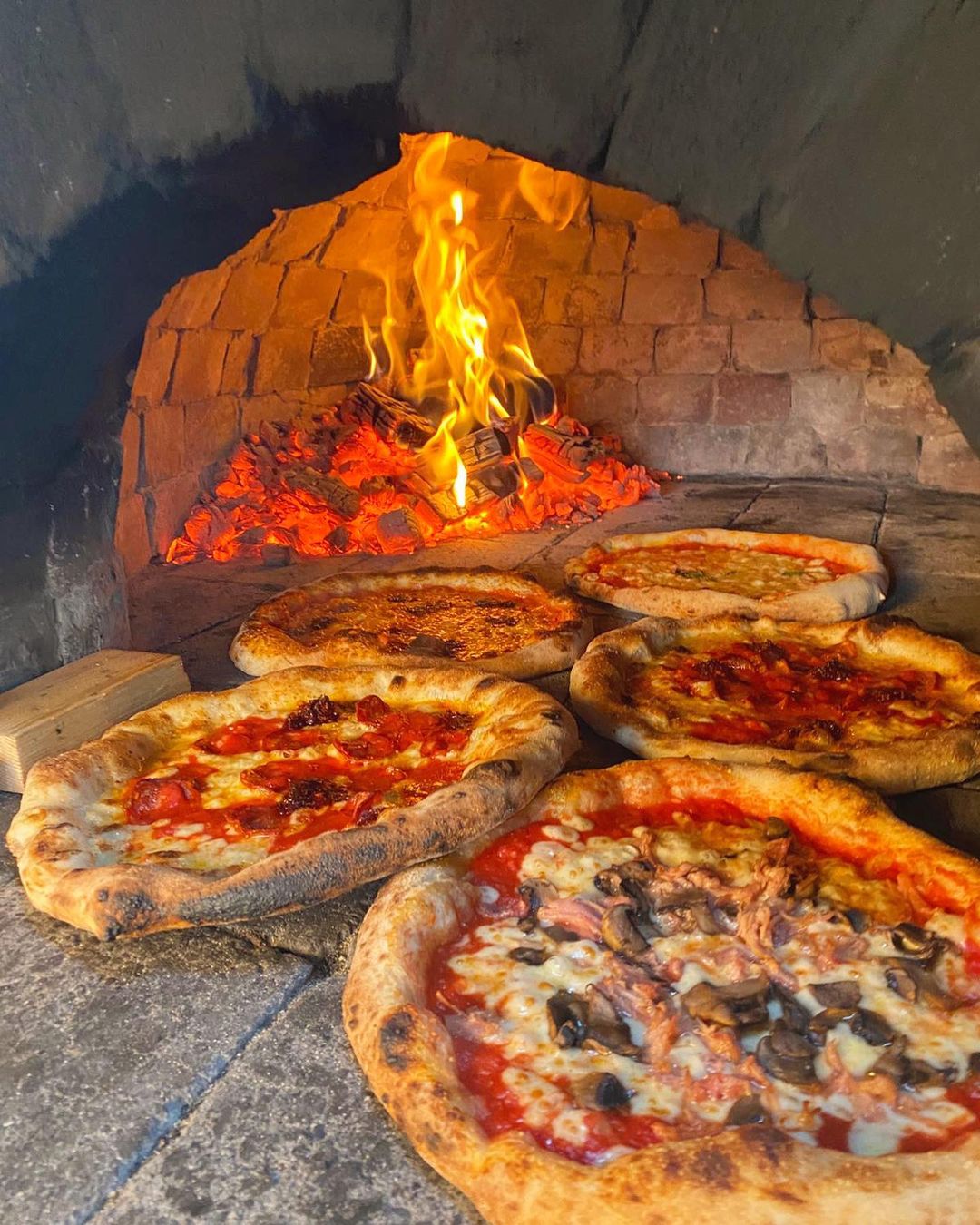 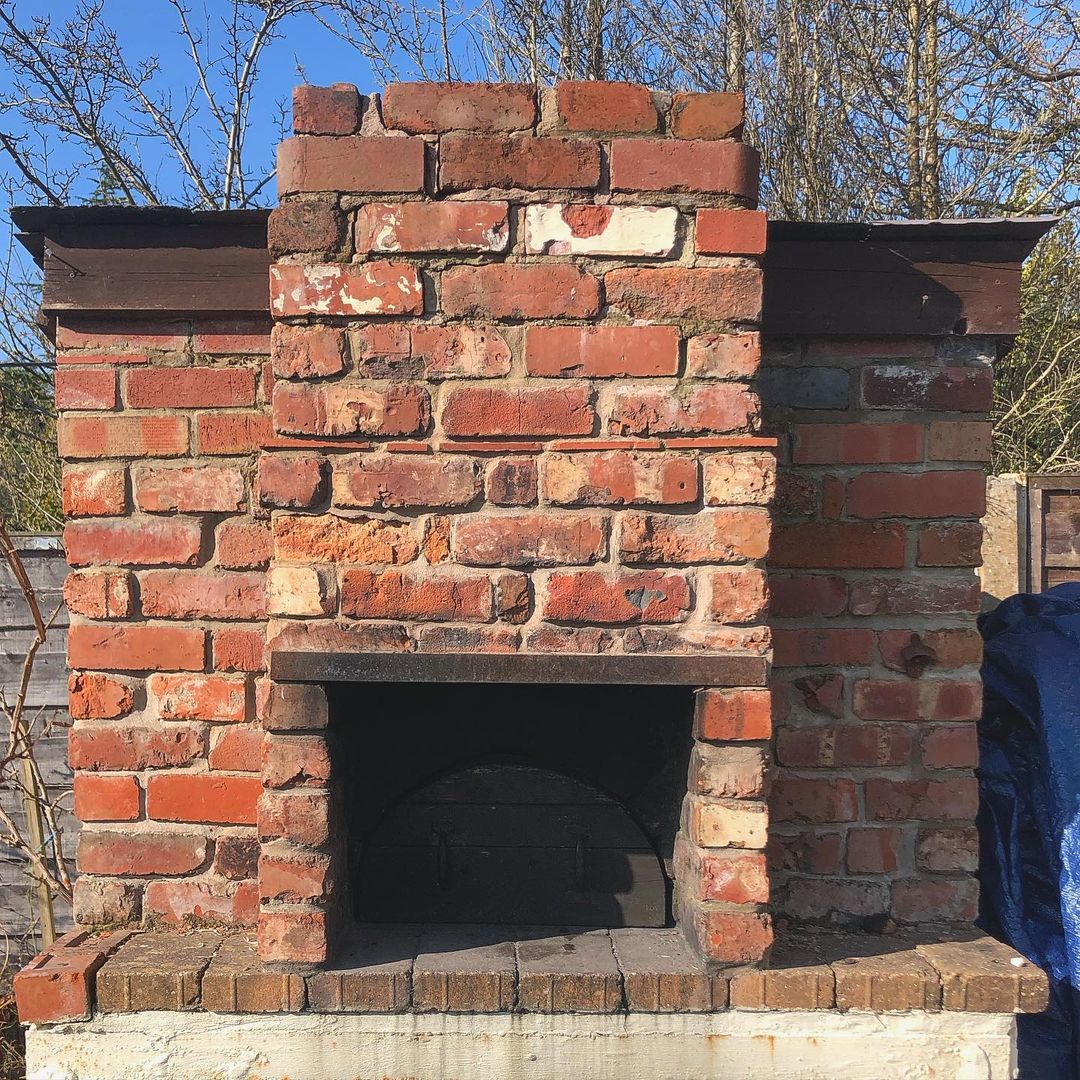 The benefits of a traditional wood-fired oven is immediately clear – not only with how the pizza looks but also it’s taste. Offering up unbeatable heat distribution inside, the pizzas are cooked in seconds and are imparted with that signature smoky flavour that’s impossible to re-create in any other oven.

There’s no denying that Cugini’s is popular, selling out every single week with the people of Bolton going pretty mad for ’em. 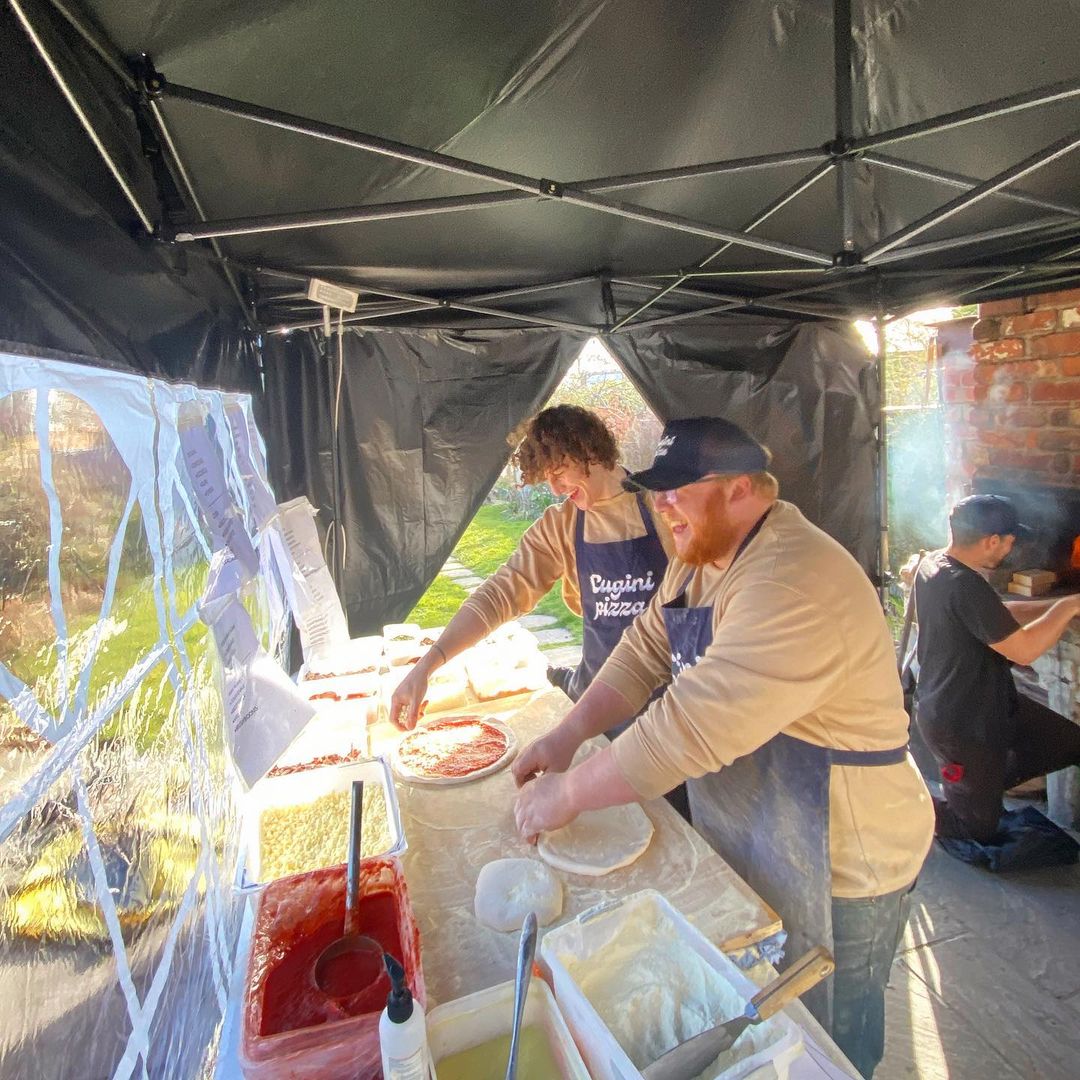 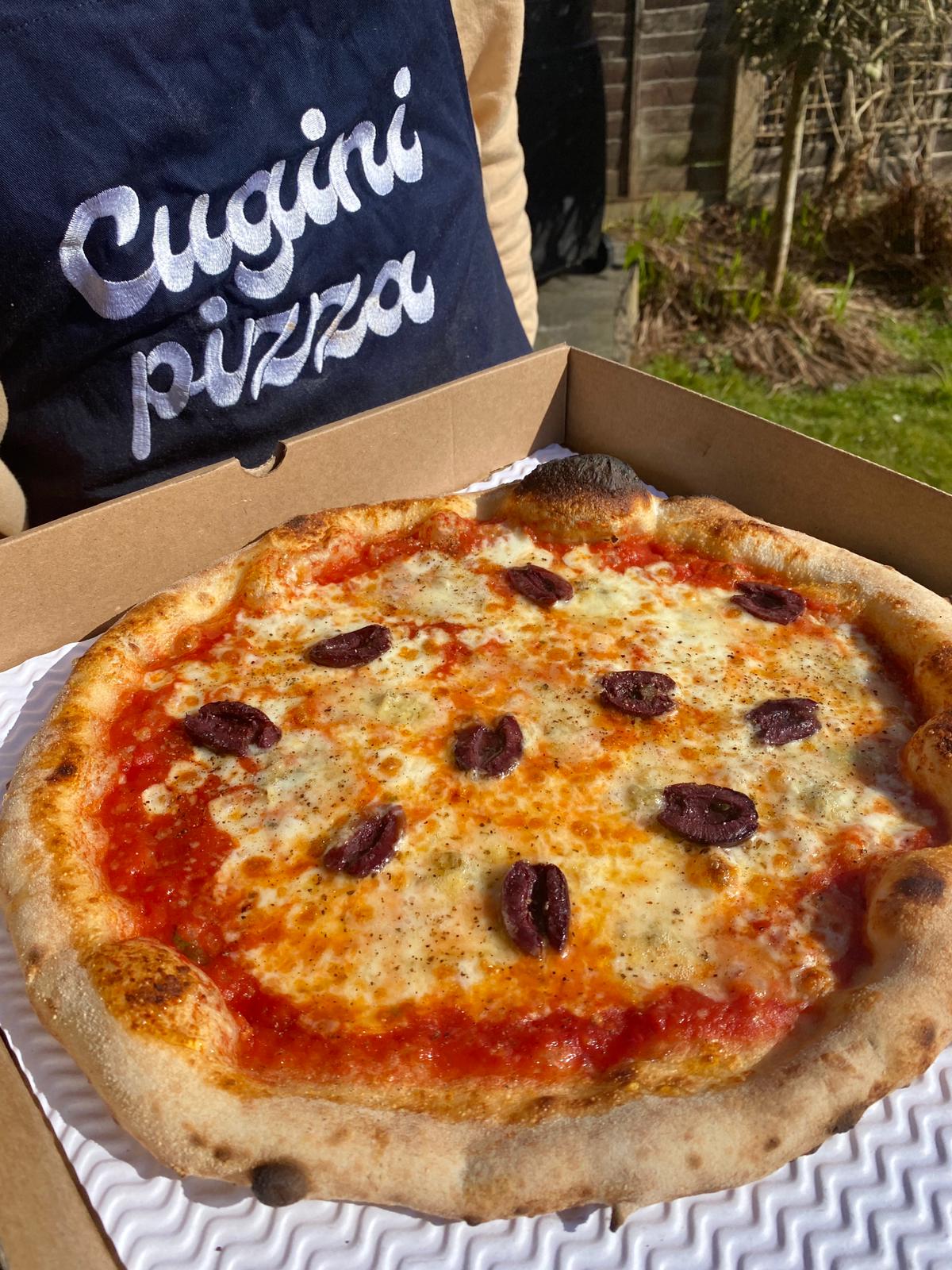 It’s not hard to see (and taste) why – these pizzas are spectacular – easily some of the best pizzas you’ve ever eaten in your life, and they can confidently stand up to anything you can get in the city centre at the moment.

Of course, you want to try them now don’t you? Very good. Well, the lads fire up the oven every Saturday, so all you need to do is book a time slot via Facebook or Instagram to collect your pizza at a time that suits you….