The 'Bing-Mobile' is bringing the city's BEST sandwiches to Media City!

Great news for anyone living and working in Media City... 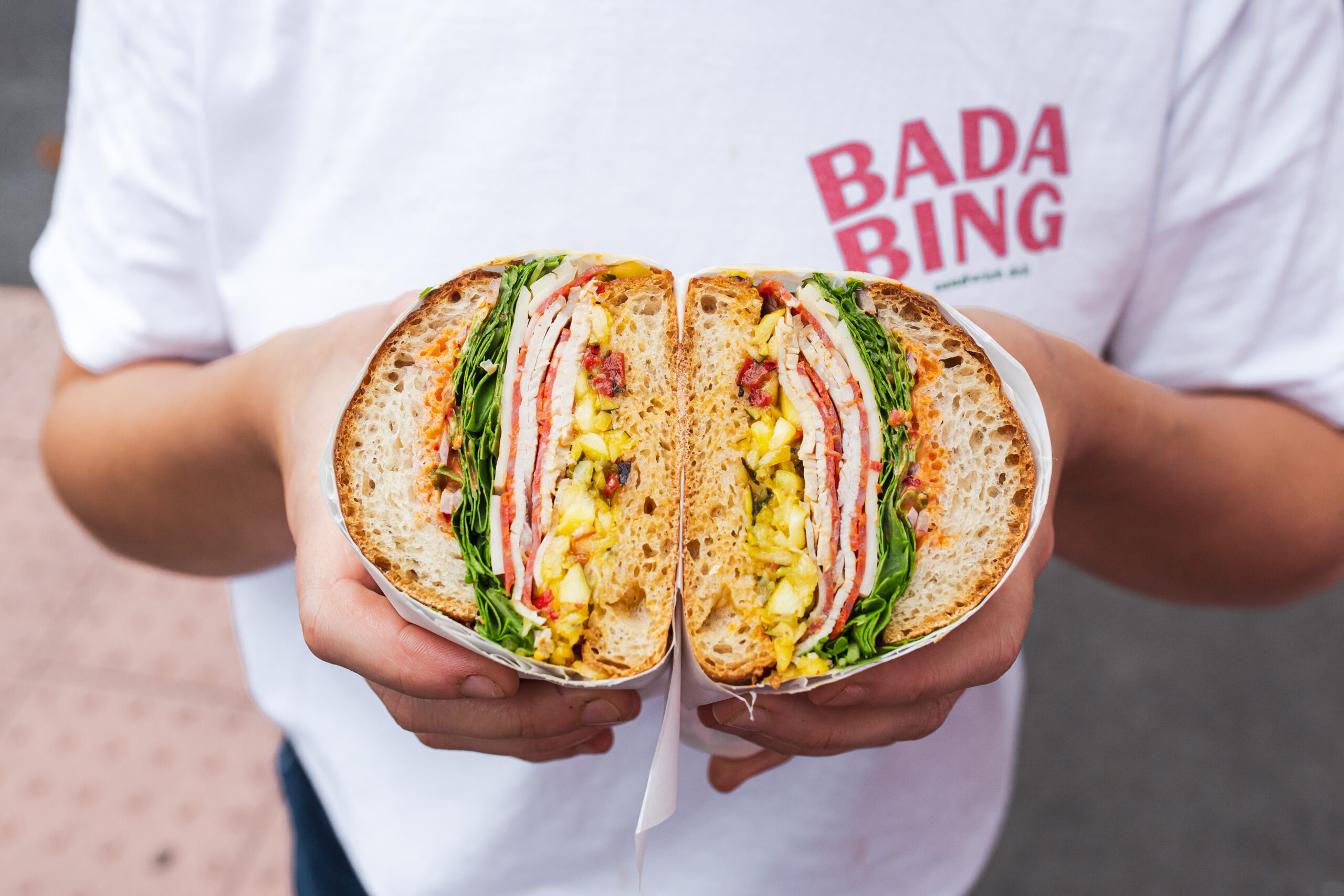 As someone who I presume reads and follows a lot of what Manchester’s Finest do – you will definitely have heard of Bada Bing before.

Bursting onto the city’s food scene six months ago, Bada Bing and its co-founders Sam Gormally and Meg Lingenfelter have become the talk of the town with their HUGE sandwiches which, let me tell you, are easily the best butties in town.

Their signature sub ‘The Bing’, features gabagool, pistachio mortadella, Napoli salami, Ventricina salami, sharp provolone, tomato, lettuce, red onion, giardiniera and mayonnaise while the Silvio, Muffuletta, Pollo Verde and Badabahn promise to not disappoint, filled with mouth-watering combinations of meats, cheese, relish and sauces as well as an abundance of fresh ingredients and there’s a veggie option too. 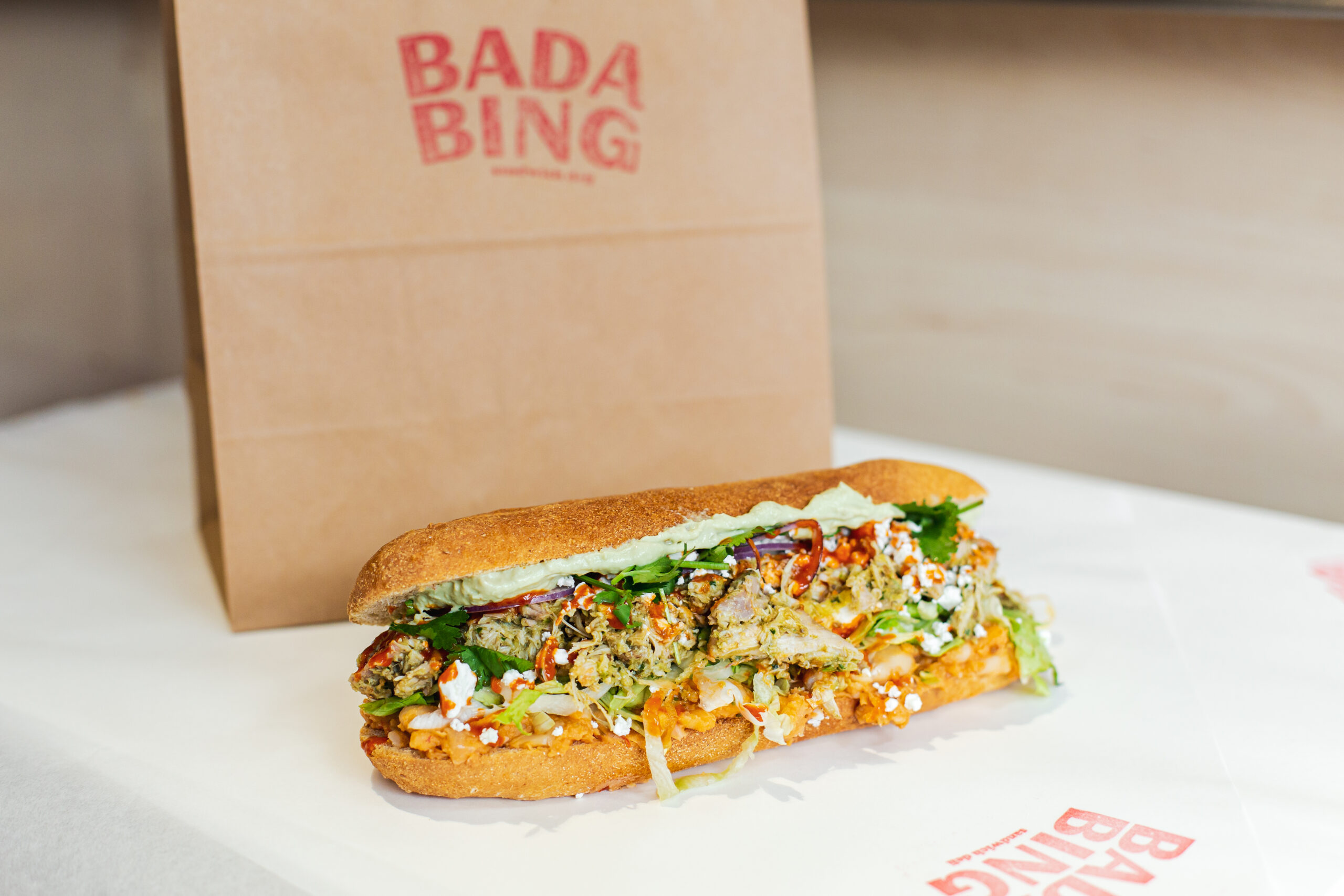 They recently began a permanent residency at Ancoats General Stores in July, and now they’re bringing their ‘Bing-Mobile‘ to the MediaCityUK Piazza from Friday 27th August and then from Thursdays to Sunday from midday to 4pm.

Sam said: “We’re really excited to bring our Bada Bing concept to a new audience at MediaCity. Ancoats is our birthplace, so it’s great to be spreading our wings to a totally new location and customers. This time last year, while we watching all those episodes of the Sopranos, we never imagined we’d be serving up our creations in the heart of MediaCity. We’ve had a few dramas along the way but we’re now entering a really exciting phase.” 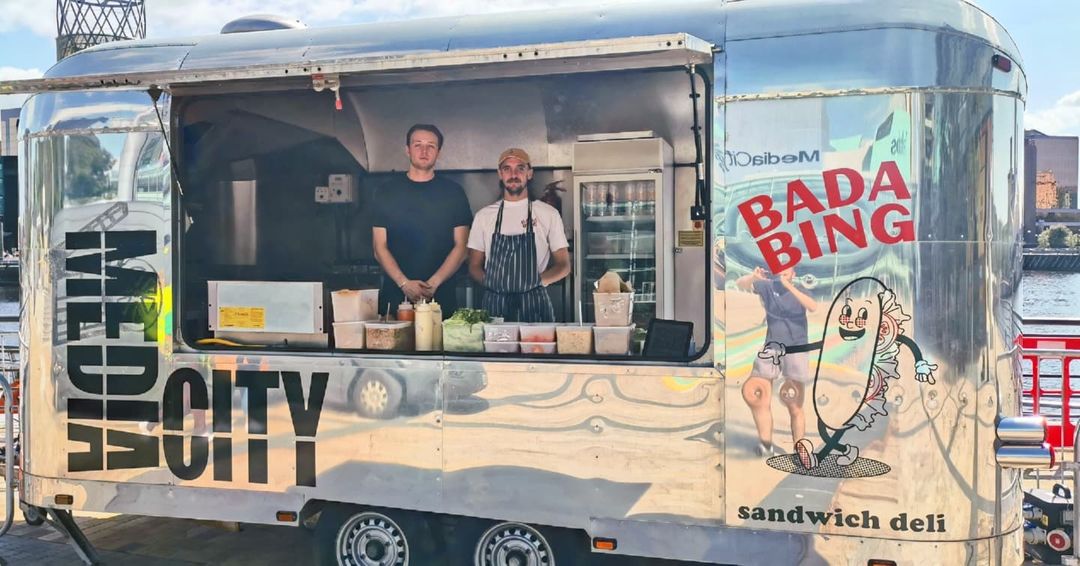 Josie Cahill, MediaCityUK Place Director said: “Over the past 12 months a number of independents have successfully launched at MediaCity and we’re delighted that Bada Bing will be on the Piazza, right opposite the BBC and dock10 studios to provide a delicious take-out option for those enjoying Summer at MediaCity.

“There’s plenty going on from all the free ‘Summer of Play’ initiatives for families to enjoy as well as the Quays Culture Art installations by the waterside (from 14th August) to ITV’s immersive ‘I’m a Celebrity Get Me Out of Here’ attraction at the Quayside MediaCity shopping mall and of course our outdoors hospitality concept continues to be popular.”