It was the British Pie Awards last week and these Greater Manchester pie makers cleaned up... 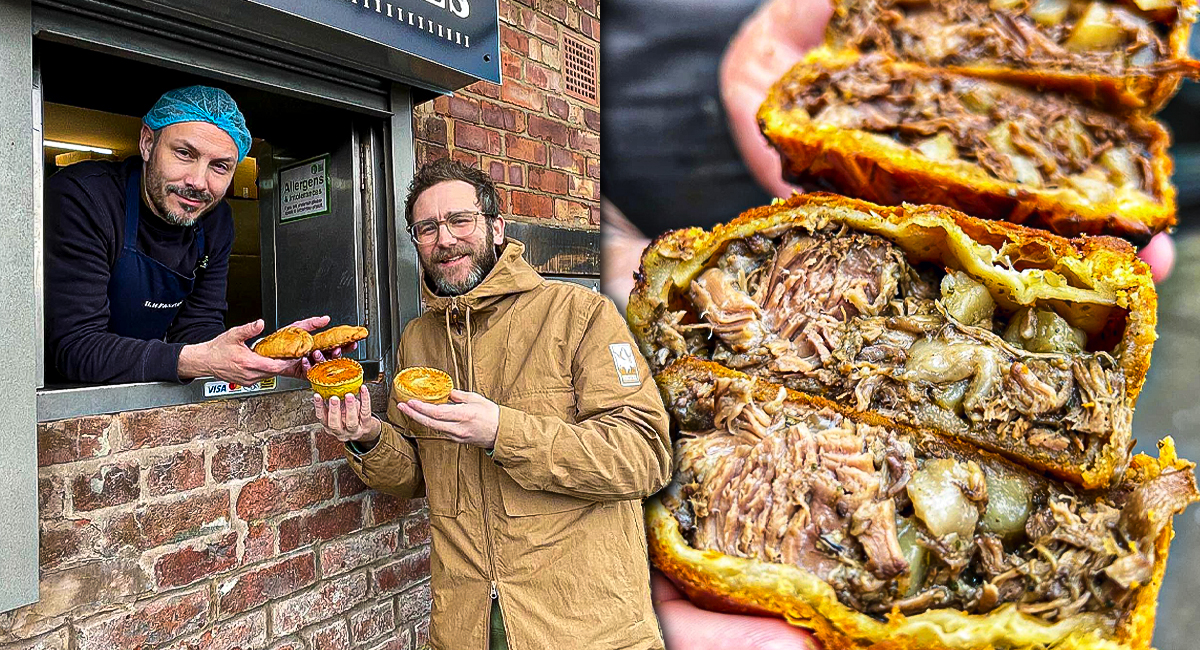 The British Pie Awards are an annual celebration of the craft and skill of the British Piemaker – a country-wide competition to find the very best pies across 23 different categories.

Savoury or sweet, hot or cold – they’re all represented from across the width and breadth of the country, and there were plenty of Greater Manchester pie makers who submitted their creations for it. Most of them did really rather well too! 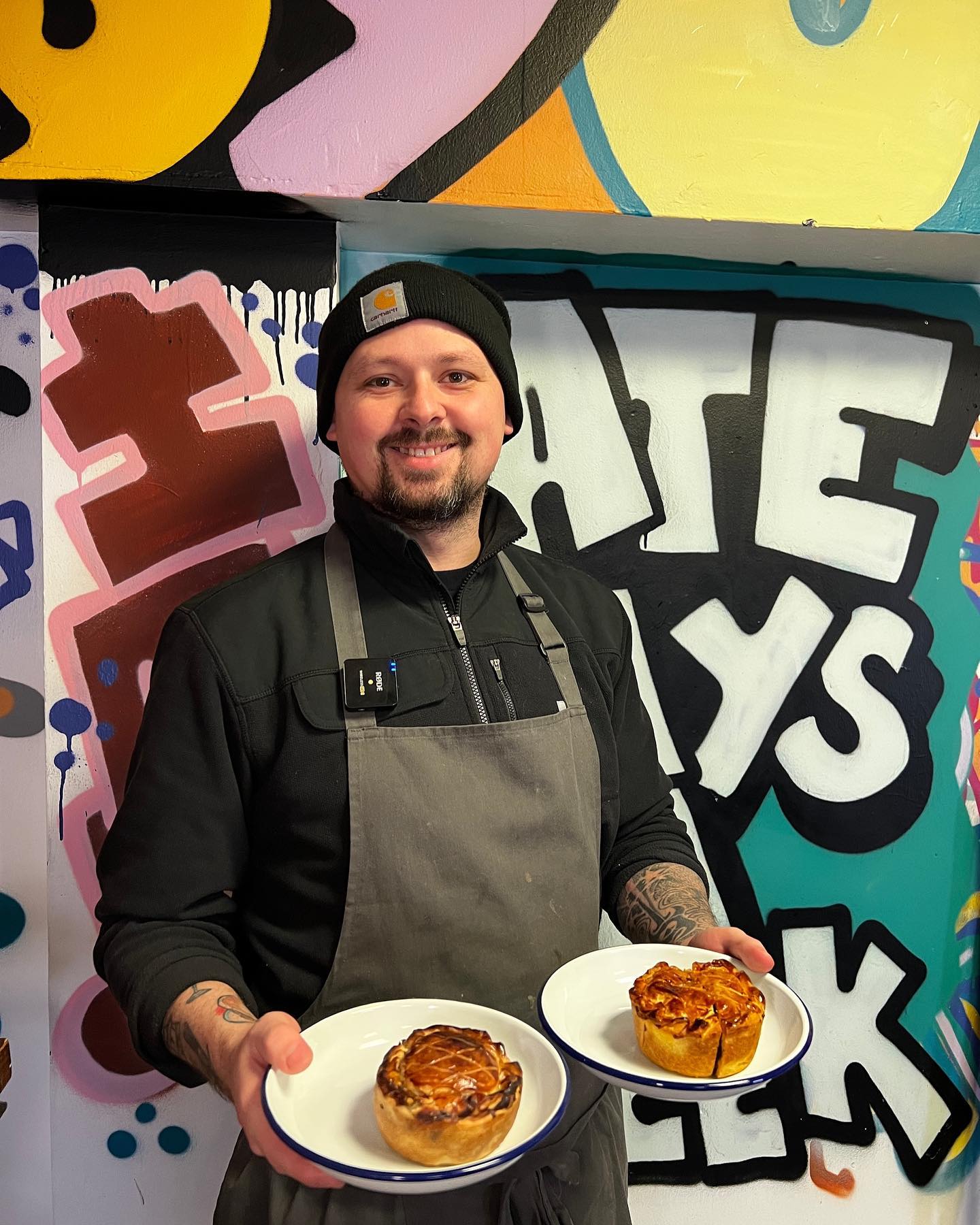 First up let’s talk about Stockport’s Ate Days A Week and their phenomenal 4 winning pies. Their Lamb Pie of the Tiger got GOLD, whilst both their new beef madras pie – Madrassive Attack, and their Ox Cheek Pie of the Tiger were both awarded SILVER. Finally, the Salt & Pepper Chicken Pie got a BRONZE.

It’s an impressively good showing from Owner and Chef Andy James, who’s only actually been making pies for around 18 months. They’ve been massively popular in Stockport though, and he’ll be looking forward to opening up his new venture – Come Together – in the old Porkie Pigs unit just off St. Peter’s Square very soon. 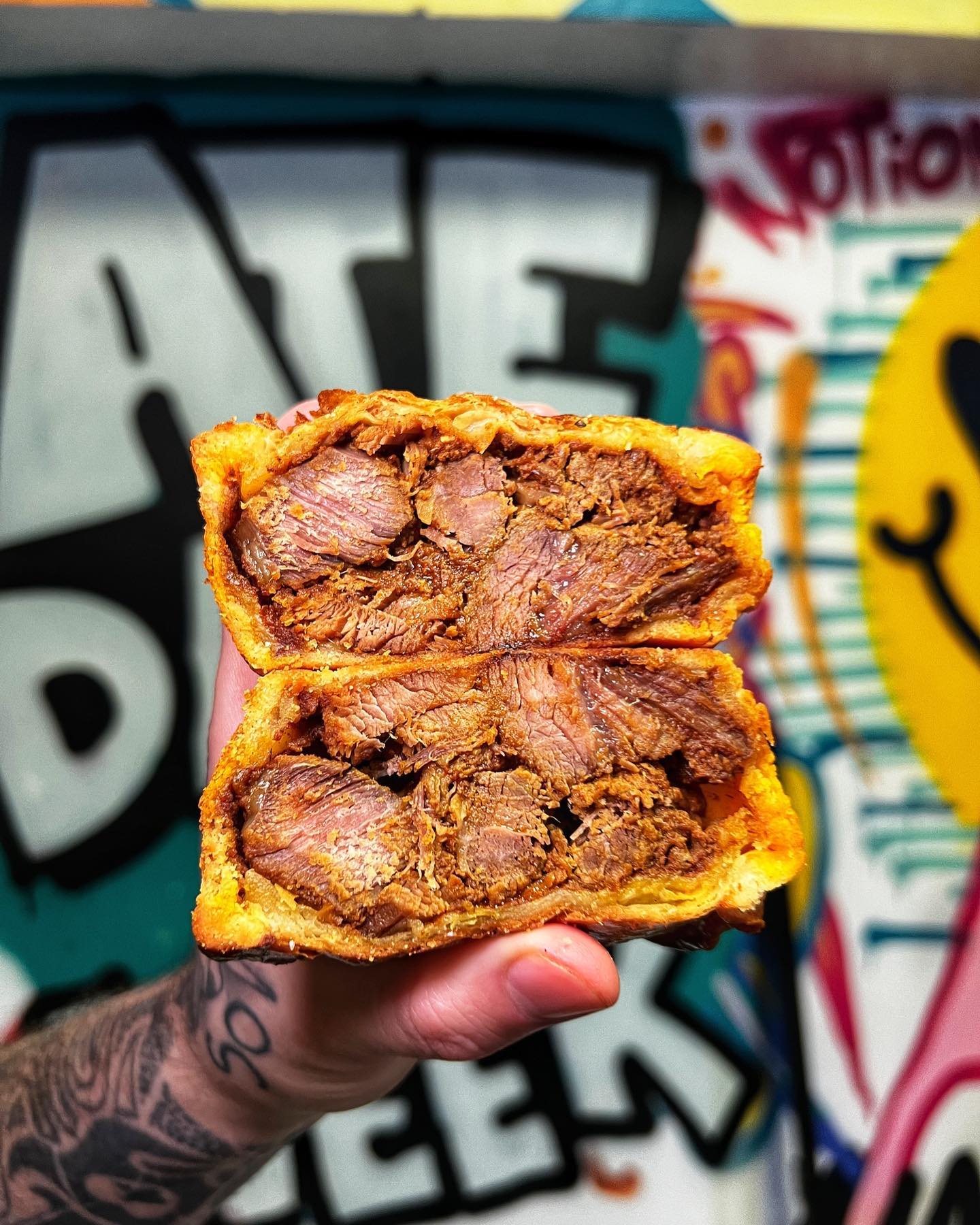 Also on the GOLD winners list is the memorable Baldy’s Pies in Wigan, a truly outstanding pie makers whose Baldy’s Fishermans Pie won in the Fish Pie category.

Previous years have seen Baldy’s win GOLD with their Chicken Kiev and Mexican pies, so they’ve got another accolade to add to the list. 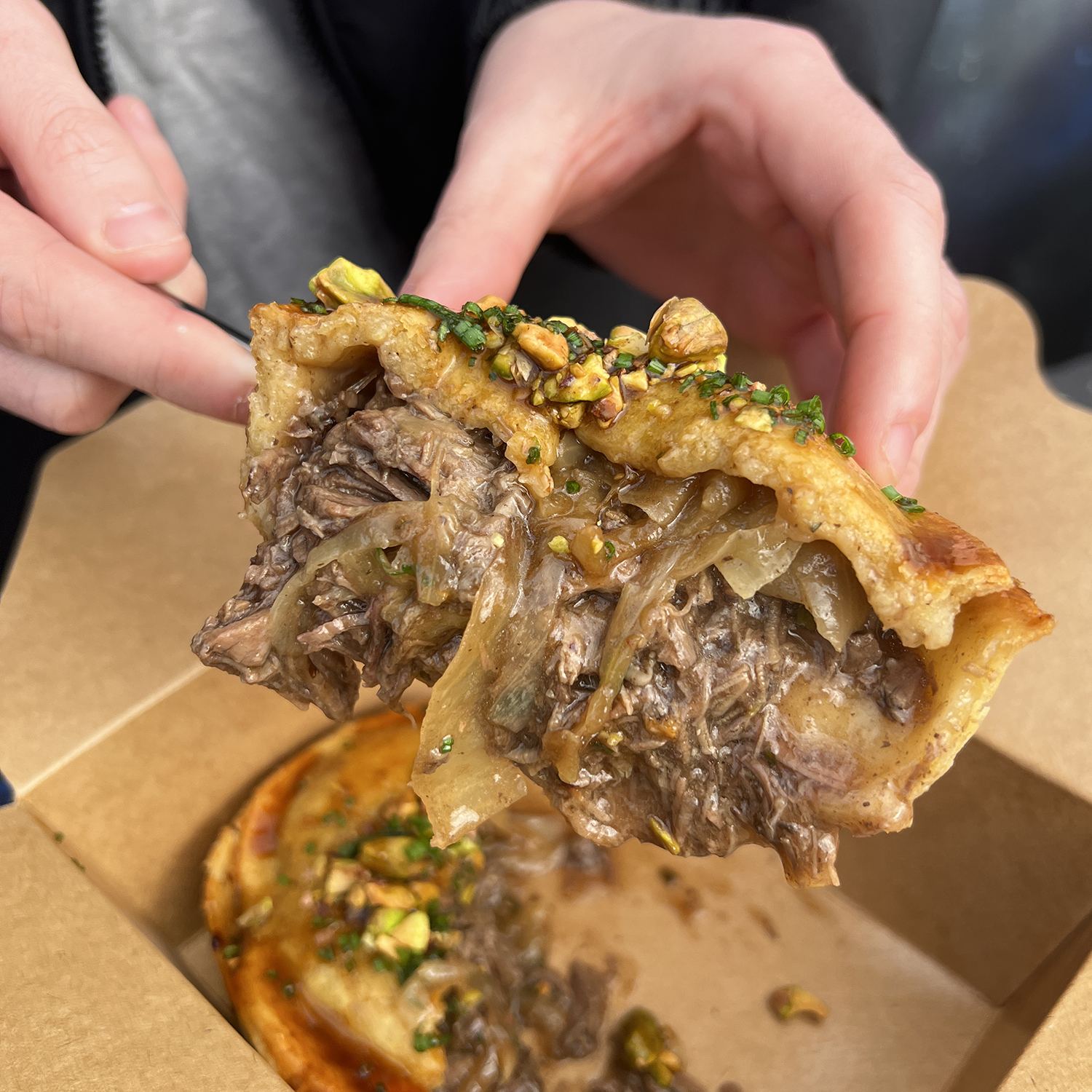 There was also a BRONZE prize for Baldy’s exceptional Big Jim Pie which I was lucky enough to try a couple of weeks ago and absolutely blew me away, and will do to you too.

HM Pasties, a bakers in Bolton who employ people with criminal convictions to reduce the chance of them re-offending, also won some awards – SILVER for their Cheese & Onion Pie and BROZE for their Traditional West Country Style Pasty and Creamy Leek & Mushroom Pie. 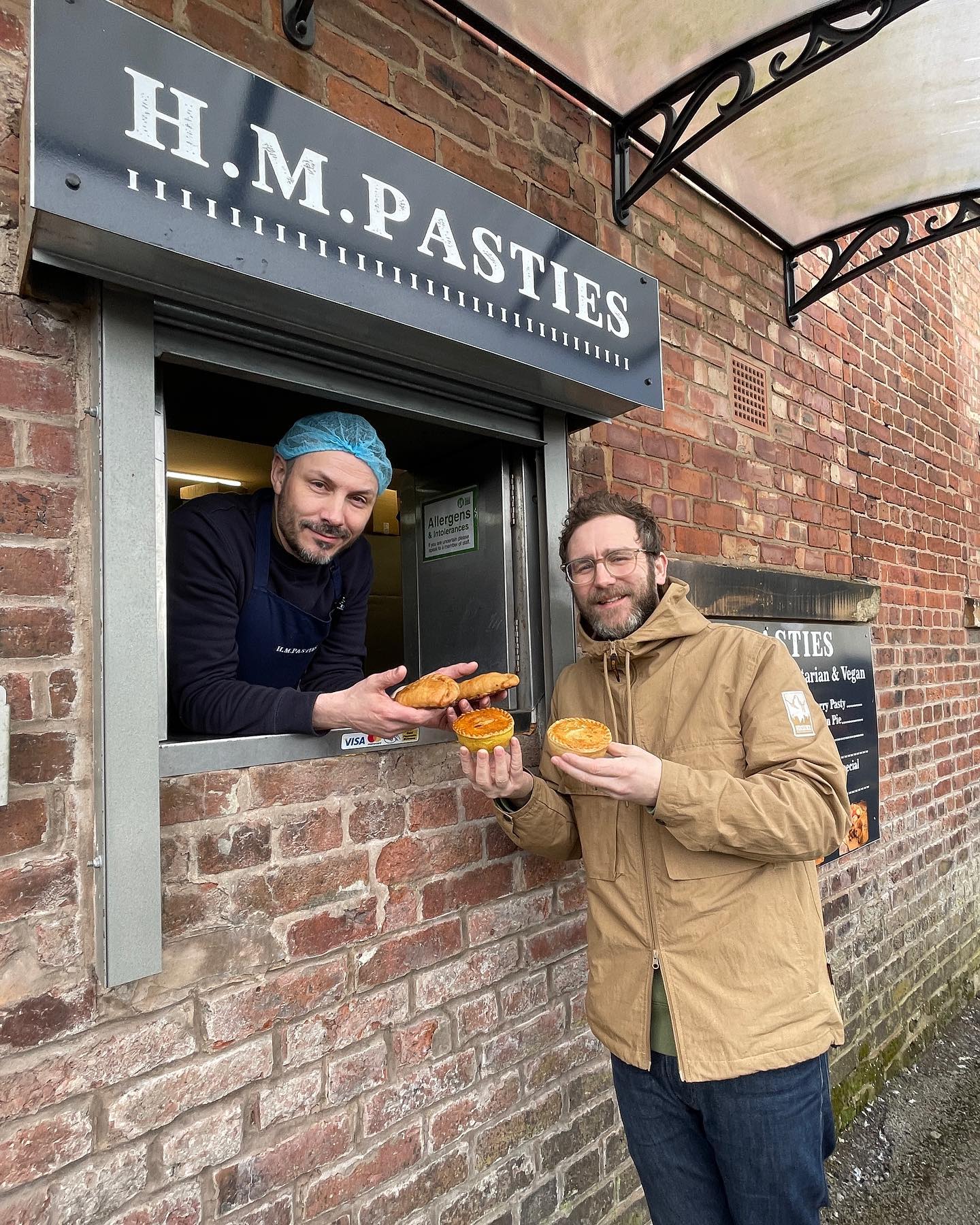 The pies and pasties here are seriously impressive, and can be bought from a little hatch on a backstreet in Bolton. Owner Lee only employs ex-offenders. He believes that giving them their first chance in a workplace is vital, giving them routine, and a motive to cook at home and be independent. The place really sets a foundation and helps reduce the chances of people re-offending.

Also in Bolton is Fraser’s Butchers, who also won three awards; SILVER for their Pork Pie and their Huntsman Pie (Pork, Turkey & Stuffing), plus BRONZE for their excellent classic Meat & Potato Pie. 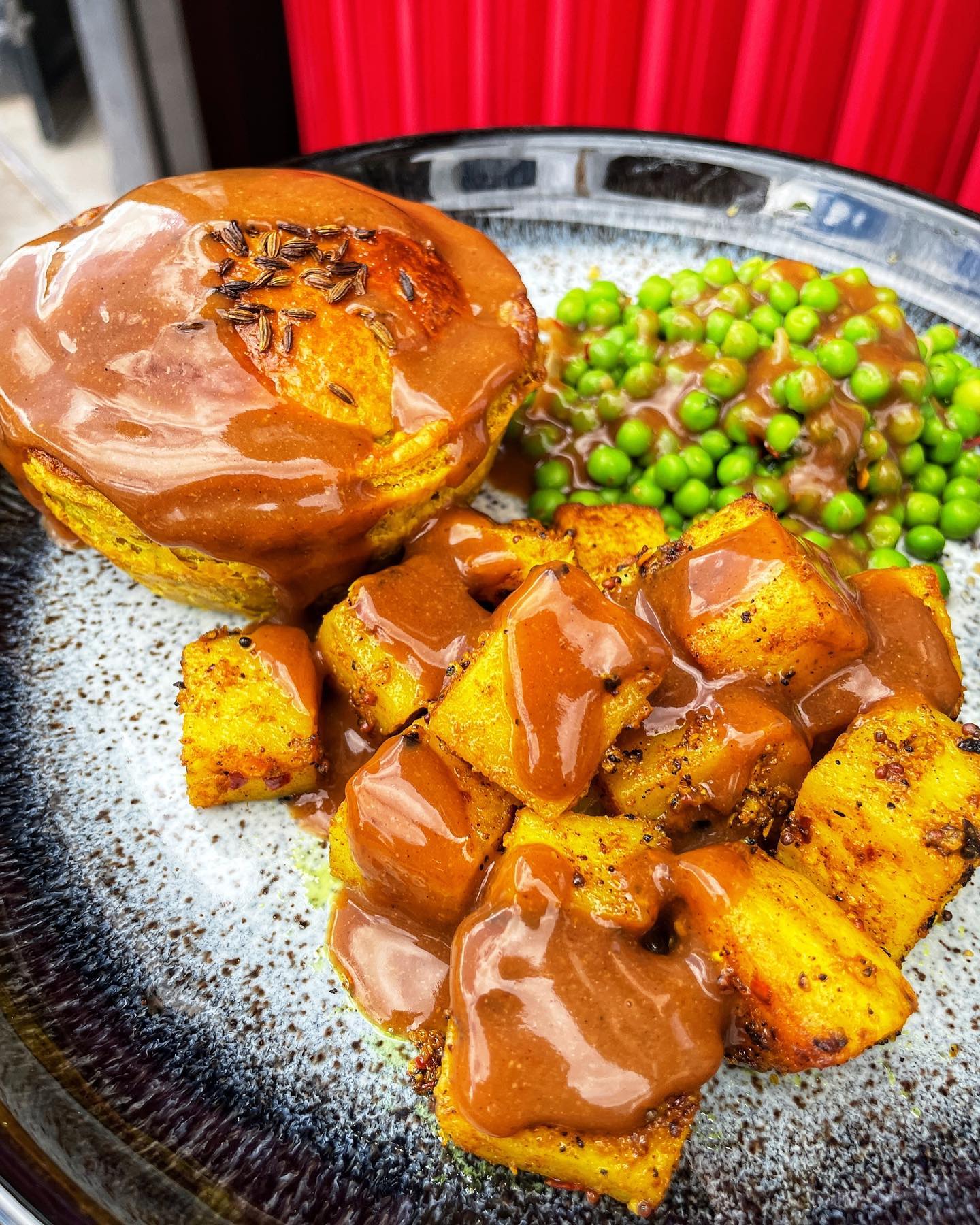 All in all a fantastic haul for the pie makers of Greater Manchester. We’ve really been upping our game over the last 12 months, and hopefully this will improve and continue so that we have even more winners in the awards next year.

For information on the British Pie Awards, head over to their website…

Walks Near Manchester: Wandering in Wales