The Guide to Eating the Best Portuguese Food in Manchester

Rich in flavours from every corner of the world, there's a wealth of Portuguese dishes to try in Manchester... 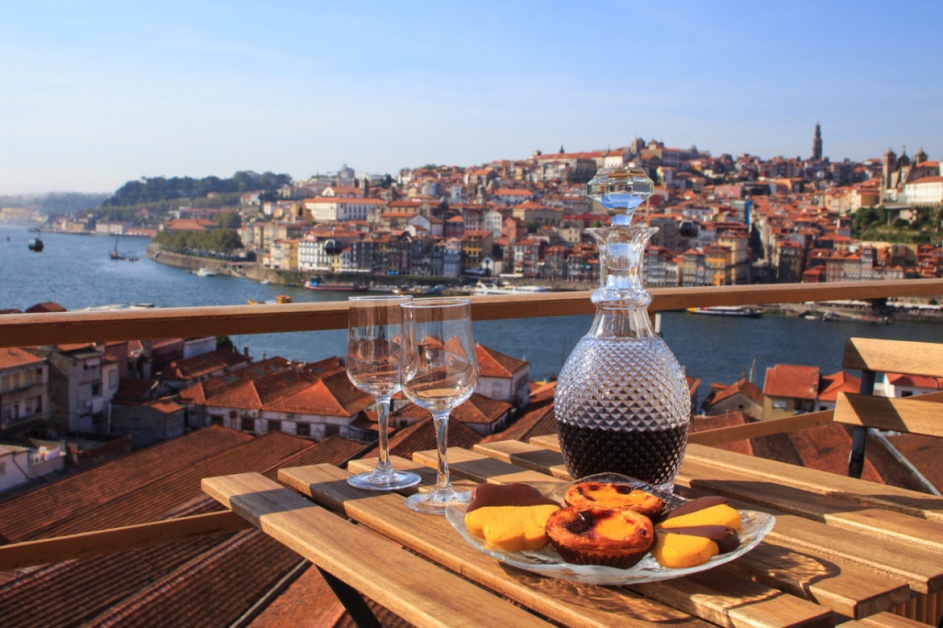 It is a country that has a rich merchant history that brought with it a range of flavours and techniques from every corner of the world- and it is that which really sets it apart from anywhere else.

Nowadays, Portugal is best known for port, fish and scenic beach holidays in the Algarve but the food there is mind-blowing as anyone who has been will tell you.

One of the most popular quick foods in Portugal is the classic sandwich, and theirs comes in a variety of forms and names. The difference between them is typically minor but you’ll find the streets of Lisbon packed with people selling Bifana or Prego, or a visit to Porto will uncover the truly sublime Francesinha.

Meaning ‘Little Frenchie’ the Francesinha sandwich is a twist on the Croque-Monsieur and involves stuffing bread full of meat, covering it in melted cheese and then pouring over the famous thick spiced tomato and beer sauce. 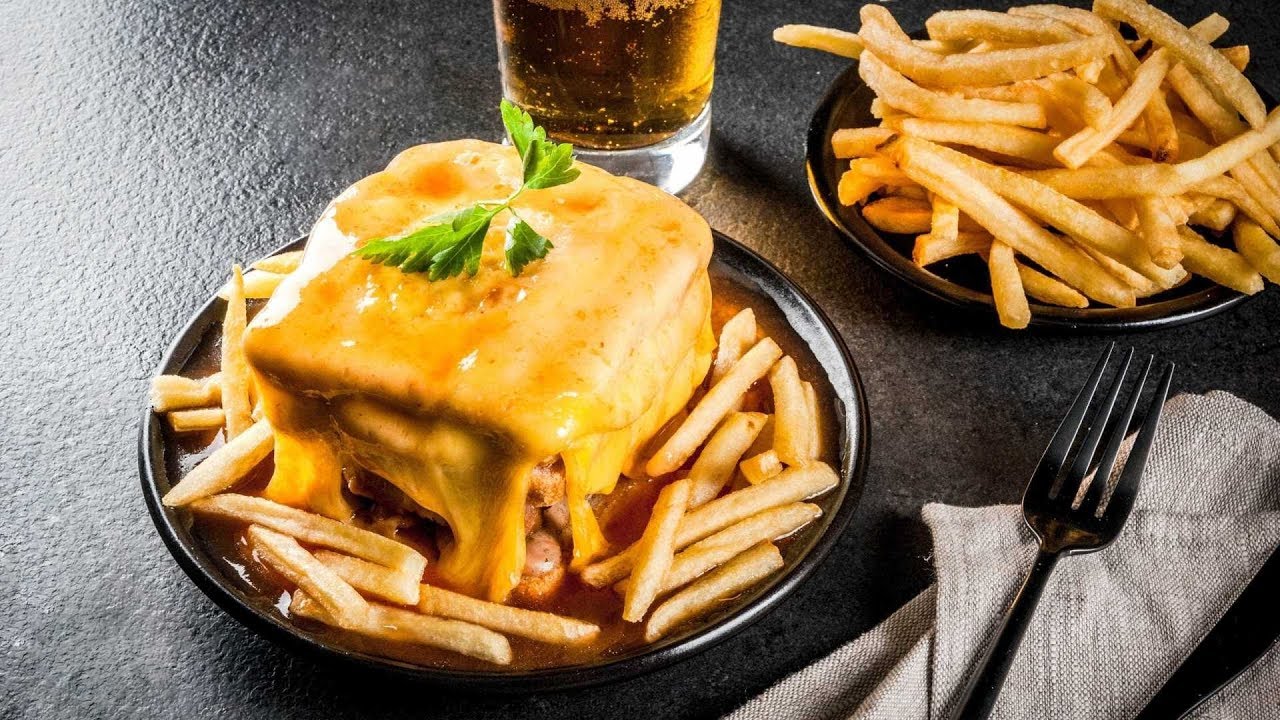 This sandwich is truly sublime and some real good eating, but you’ll struggle to find one anywhere in Manchester. A visit to Canto in Ancoats though will uncover their version of the classic Prego sandwich – filled with beef steak and caramelised onion and served on caco bread – a Madeiran alternative that’s made with flour and sweet potatoes.

Another extremely popular dish in Portugal, and something that is enjoyed in the morning or for brunch, is Bitoque a traditional dish which consists of a lean fried or grilled steak, accompanied by fries, rice, salad and topped with a fried egg. 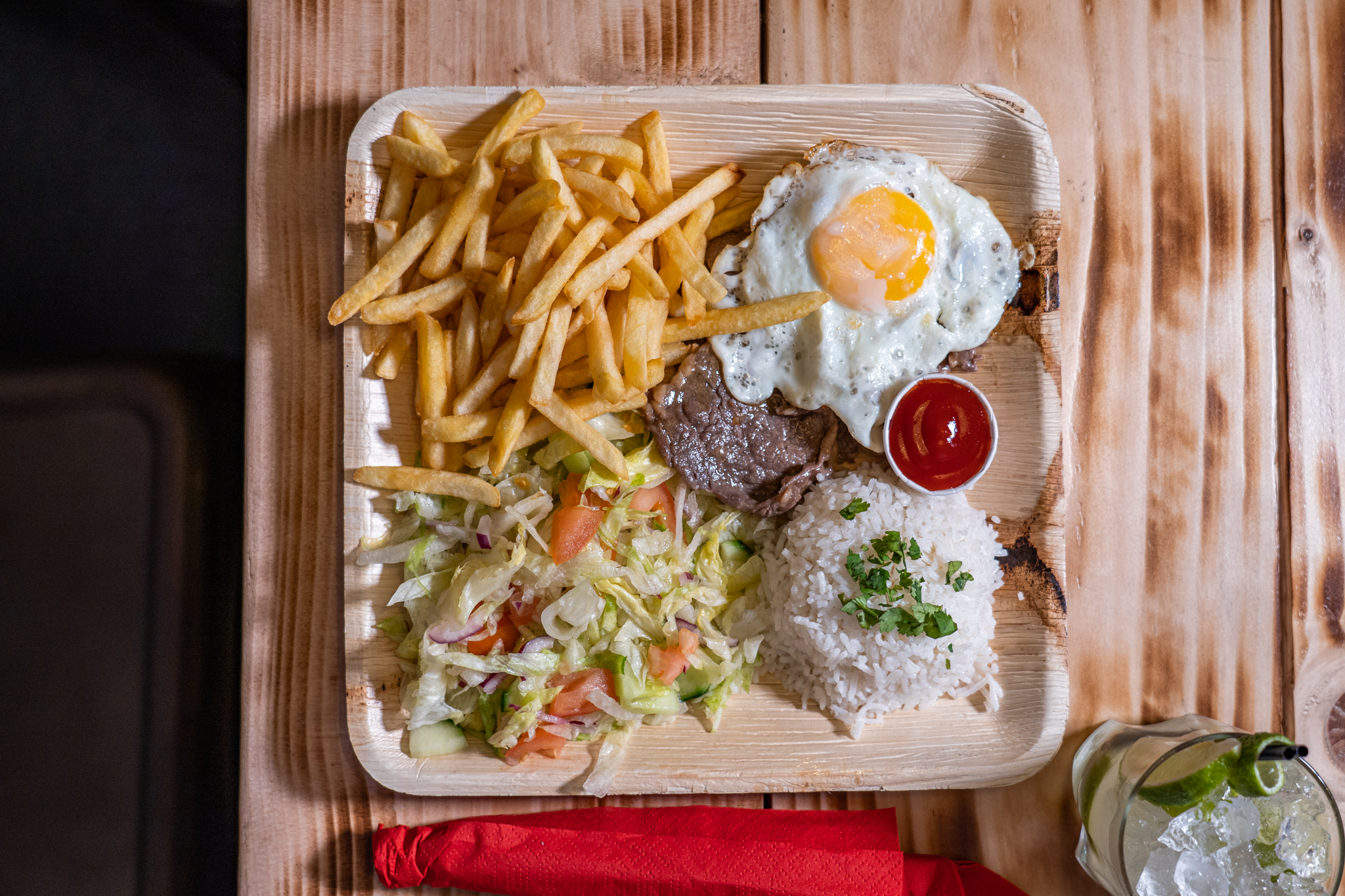 The name comes being traditionally cooked in wood burning ovens in the oil mills, and it is most commonly enjoyed today as a lunch option throughout the country. The steak itself is typically prepared thinly cut, and sometimes spiced or marinated with a red pepper paste (massa de pimentão).

If you’re looking for the most authentic and delicious Bitoque in Manchester, look no further than the excellent KBOM Bar & Kitchen at Hatch, who offer it daily, or as part of their Bottomless Brunch deal on Sundays.

So I am pretty sure the only Portuguese food that anyone will know anything about is Peri-Peri. The sauce, which has been made famous by the likes of Nandos in more recent years, originated when Portuguese settlers in Africa stumbled across the bird’s eye chilli and made a marinade with garlic, red wine vinegar, paprika and other European imports all the way back in the 19th Century.

The name is taken from the Swahili meaning ‘Pepper-pepper’ and has spread more recently as a junk-food favourite some 200 years later and we are saturated with low-rent versions of the stuff in late-night takeaways. 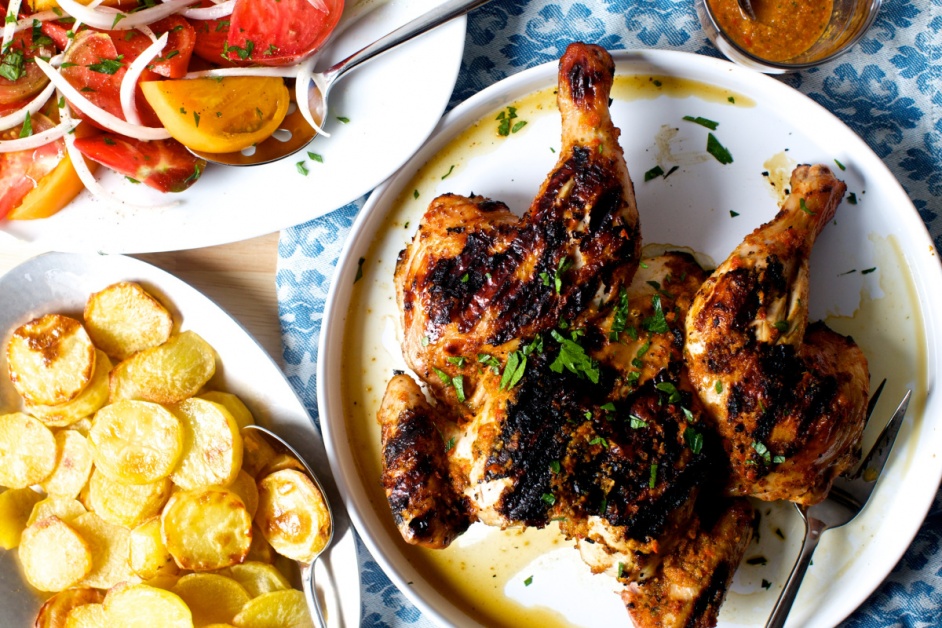 If you want a hint of the real thing, KBOM at Hatch also serve up an outstanding Peri-Peri Chicken, which you can enjoy in a burger or as a whole cooked chicken alongside chips and their special spicy mayo.

This unassuming little restaurant is a lesson in how you shouldn’t judge a book by its cover. The place is fantastic, relaxed, laid back with great grub and everything else a good neighbourhood restaurant should be.

Their peri-peri chicken comes in varying levels of spice to suit every palate and served with a side of salad, rice or fries. It is also outrageously cheap – eating a whole chicken is certainly an affordable option.

The Portuguese certainly have a sweet tooth, especially when it comes to pastries. It is said that Portugal got into cane sugar a lot earlier than the rest of Europe as it was imported from its sister island Madeira, which can be held responsible for this early onset sugar craze.

When it comes to talking about Portuguese pastries, one should always start with the most well-known – the Pastel de Nata. 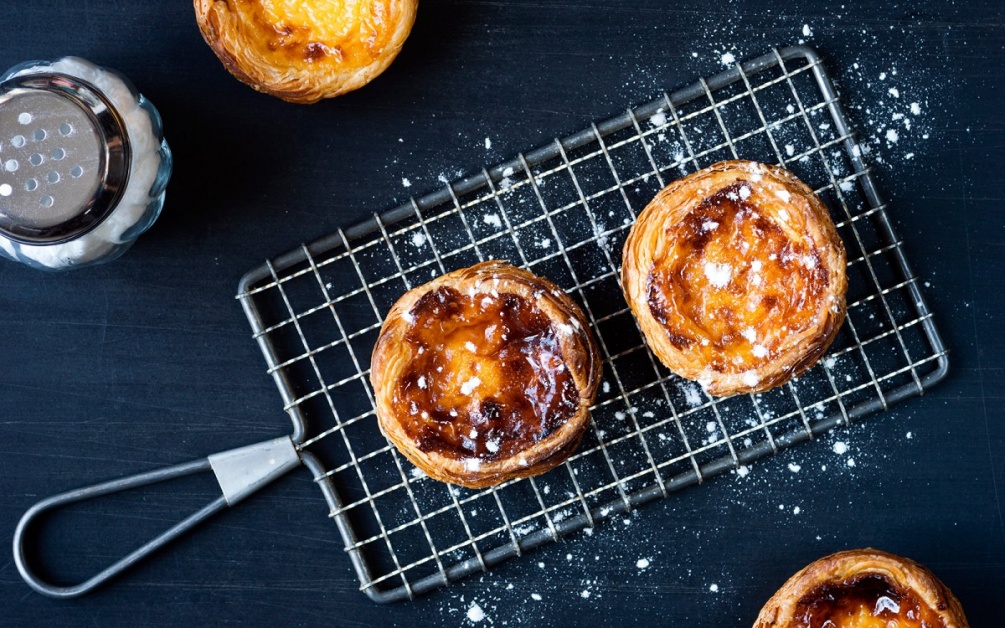 Developed by nuns in the 15th century who were the only ones with the time and patience to carefully craft their delicate pastry, the Nata in its most basic form is a case of puff pastry filled with vanilla custard which is then baked.

In Portugal you can visit a traditional Pastelaria and get stuck into a Nata with a cup of coffee on pretty much every street corner, particularly in Lisbon, but over here in Manchester, you will have to settle for (ever-so-slightly) less. There are some truly excellent Nata to be found in Manchester though, with most people raving about those found in popular brunch joint Federal.

If you have ever had a holiday in the Algarve you will know how great the fish is in Portugal. Looking at the cuisine as a whole, seafood has to be the stand-out star, and for a bloody good reason.

A true Portuguese favourite is sardines, a fish that is as fresh as it is abundant in Portugal and considerably more difficult to find here in landlocked Manchester. 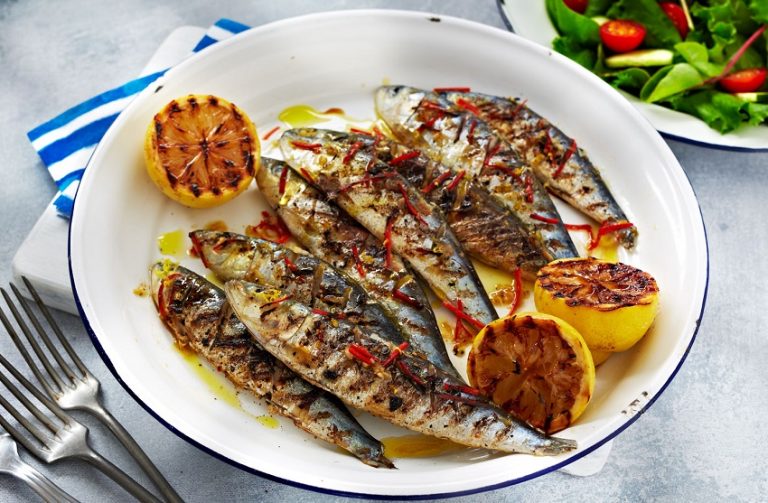 Other than Sardines, the Portuguese like cod. One of their specialities is salt cod or Bacalhau. This was brought over by the Vikings whenever they were knocking about, and the process of curing with salt was practical for long trips at sea and general preservation.

To this day, Portugal is still the world’s largest consumer of cod. They cook it in stews, make it into fritters or crispy cakes or cooked in rice dishes.

If you want to try bacalhau for yourself, I would suggest the looking to Mediterranean tapas restaurant Canto and sampling their Salt Cod Fritters. Served with a tartare sauce, they are the perfect marriage of old and modern and are one of those things that become more delicious upon every bite. 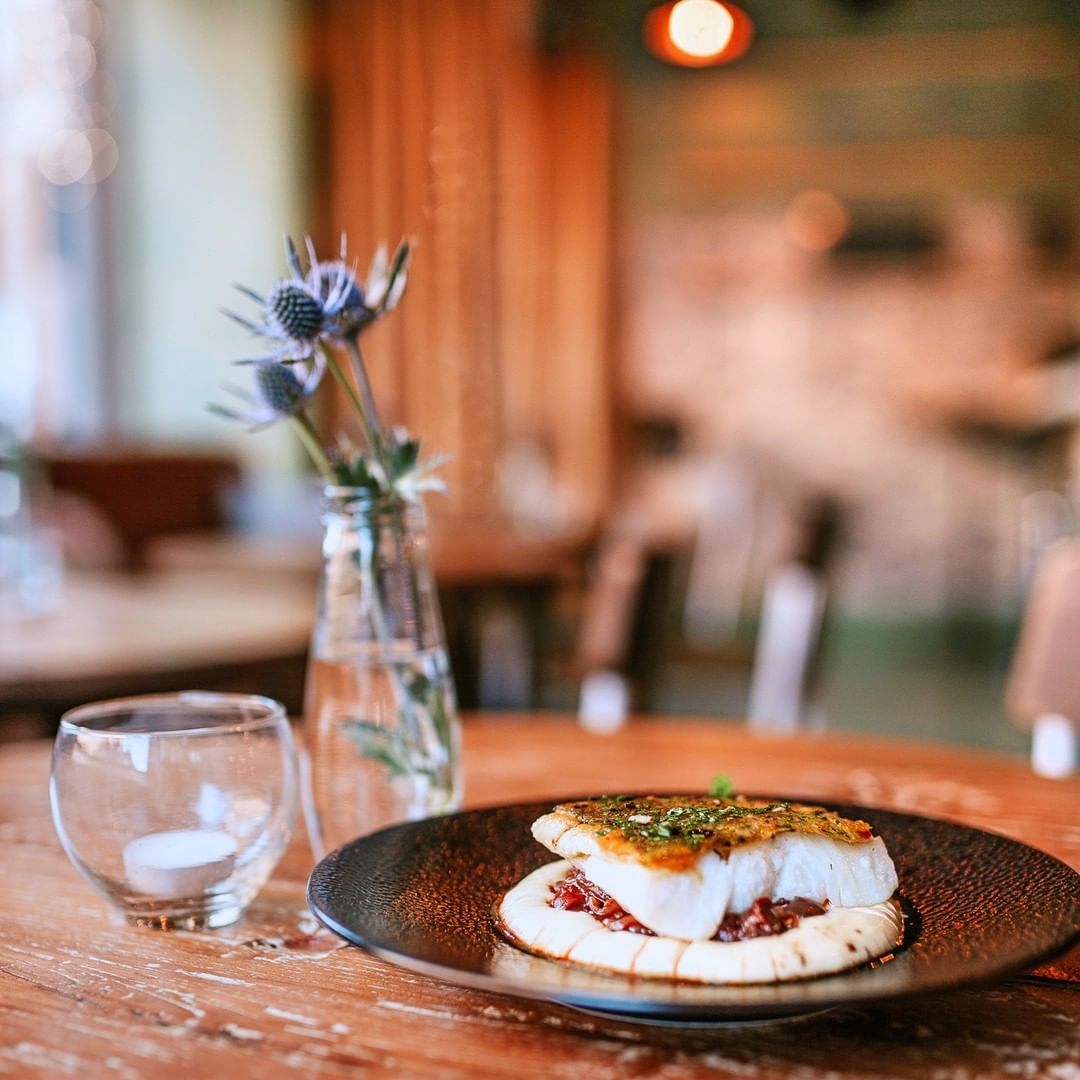 La Bandera, the Canarian Spanish restaurant just off King Street, has dish on their menu which takes inspiration from Portuguese salt cod. The dialogue between Portugal and the Canary Islands goes back as far as the 14th century and the two have been sharing and appropriating each other’s culinary culture ever since.

One thing that shows this is a dish called Bacalao Embarrado, which takes cod and marinates it with a range of Canarian spices and serves this with sweet pepper, garlic and vinegar. It is fresh, light, incredibly moorish and is the perfect addition to any selection of tapas if you ask me.

There is also Cataplana – which is Portugal’s answer to a fish stew. Like most of its kind, it is a peasant dish that doesn’t really have any rules – just whatever is available at the time. It usually contains cod, prawns, cockles, tomatoes, wine and stock but really, but it can include anything and differs from place to place, from family to family. 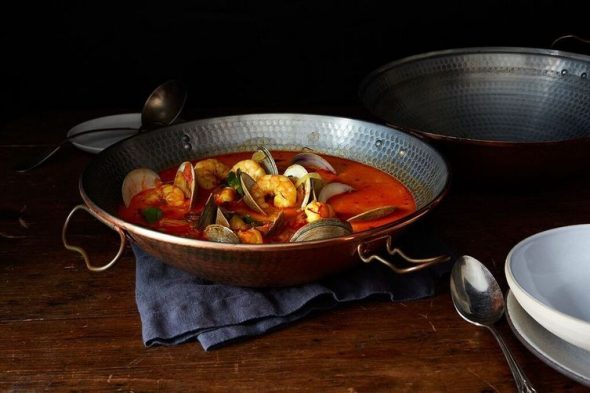 The name actually refers to the round copper pot it is cooked in- which steams everything and keeps the texture soupy.

Look no further than the truly sublime Taste of Portugal for a truly outstanding Fish Stew, and fish dishes in general – you won’t be disappointed with a visit there.

Finally, no visit to Portugal on your holidays would be complete without bringing a bottle of Port back, usually to enjoy alongside some cheese and crackers at Christmas.

Head on down to Reserve Wines at Mackie Mayor for an excellent selection of Ports, or you can take advantage of an impressive selection over at Flok on Stevenson Square – which you can then enjoy al fresco in the sunshine outside. 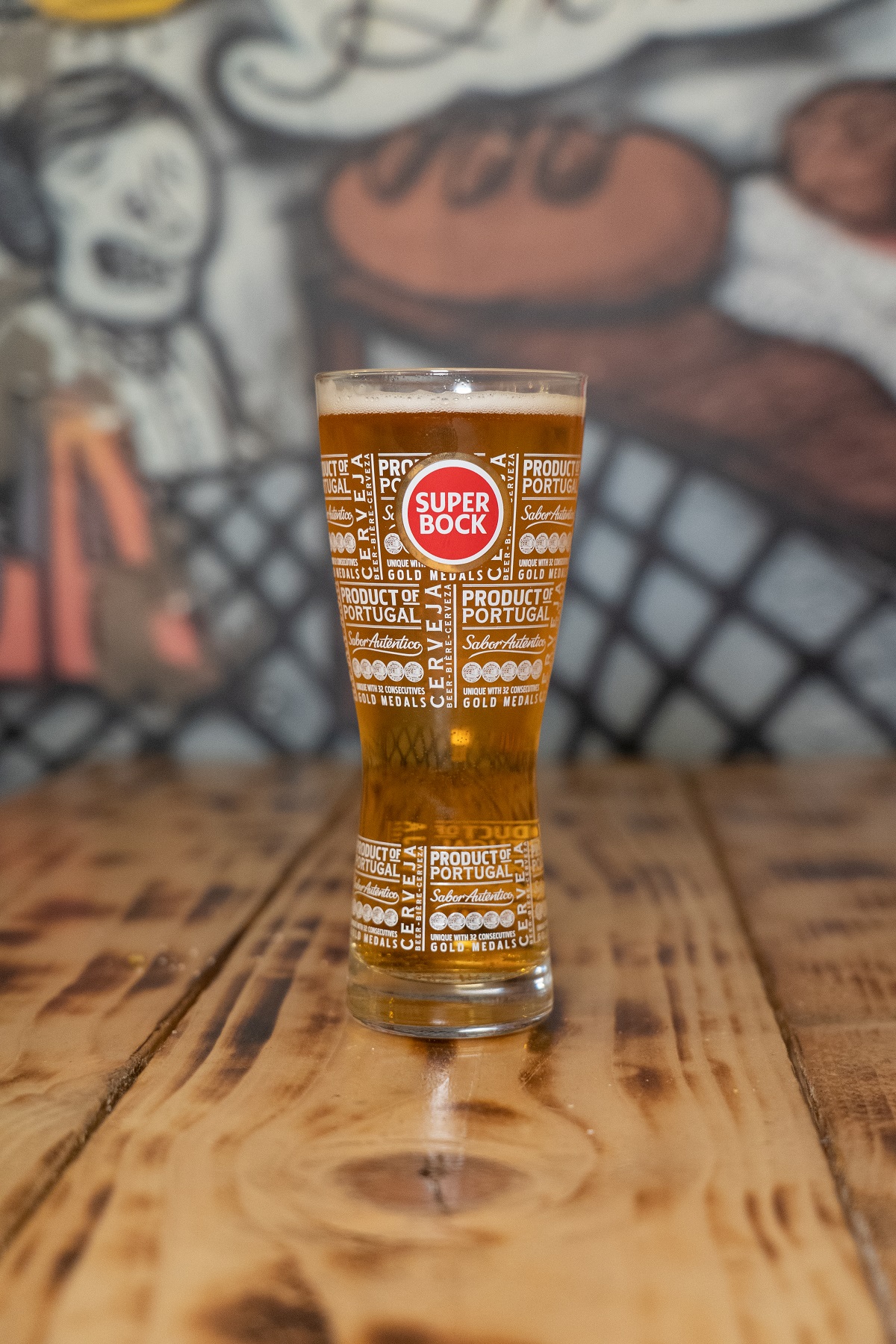 Alternatively, KBOM serve up a couple of great Portuguese beers straight from the tap – Super Bock and Sagres – which will really get you into the holiday mood.

In short, Portuguese food can most appropriately be described as worldly-wise and well-travelled. The cuisine is inspired by the country’s colonial history, but it is also interesting to map the mark it has left on other places too.

If you like seafood, port and confident use of spices, then Portuguese cuisine is just what you’ve been looking for.