As summer creeps over the horizon and festival season steadily approaches, it’s almost time for the city’s hipsters to don their wellies and head for the hills. This weekend however, music lovers wanting to get an early start can leave their tents at home, as a one day-festival hits Castlefield Basin.

Set across a pop-up beach overlooking the Ship Canal, Beached Festival will see exclusive performances from some of 2011’s freshest up and coming musical talent. Manchester’s Finest, Bex Brophy, gives her top tips for the big day…

With his unique, almost magical mash-up of folk meets hip-hop, GIDEON CONN is a must see. His music epitomises the festival’s beach party atmosphere which first attracted him to the event. “I like the fact it’s outdoors but in the city centre of Manchester, it’s going to be a really nice event. I can get all my friends to come down and my local fans, it’ll just be a lovely summers day spent outdoors”. On the day, Conn plans to keep things merry by playing “…lively, bouncy, summery music. Nothing too intimate or down-beat”. He admits however, not all his songs fit that criteria as he doesn’t believe in one genre – just good songs. “I take my guitar everywhere, so I’m always writing. That means each of my songs has a different style and a different personality depending on what mood I’m in at the time”.

It is that musical variety which has proved to be such a success for Conn over the years. Since forming his band in 2005, he has toured with acts such as Jason Mraz and Scroobius Pip, his debut single I Want You Around, receiving great support from the likes of XFM and BBC Radio One. Having signed to Skinny Dog Records last year to release his first album, New Bop Sounds, Conn is definitely one to watch. “I’m currently in the studio recording my next album, then I’ll be doing a tour in February. I’d like to go and play in other countries next though, possibly the US. I think a place like New York would really appreciate my music”.

Sharing the line-up with Gideon Conn, and adding to the summery vibes with some old school rock ‘n’ roll, are local lads THE QUANGOS. Hailing from Urmston, this four-piece are relatively new to the Manchester music scene, the current line-up having formed just over a year-and-a-half ago. Offering a mix of upbeat indie and strong vocals, their sound is not dissimilar to that of The Coral or The Zutons. Although, the band’s frontman, Josh Goddard, says their musical inspiration is rooted much further back than the noughties. “We want our music to be something you can dance to so we look towards Motown and Northern Soul. Our biggest inspiration is probably the Spencer Davis Group, for us it’s all about the 1960s era.” On the day, expect The Quangos to provide “a lively, upbeat performance, including lots of on stage dancing”, and of course, they’ll be playing Oh Darlin’, their popular debut single which is available to download now. “That’s the song of ours everybody knows, people hear us play it at gigs and everybody starts dancing, they love it!”

Beached Festival organisers, Scruff of the Neck, said of Manchester’s first Bank Holiday beach party: “Since D:Percussion ended in 2007, Manchester has missed the summer party atmosphere and forum for new talent the event created. Whilst we’re not trying to replace or recreate the event which has gone down in Manchester’s music history, we take our inspiration from its legacy.” With that in mind, alongside Gideon Conn and The Quangos, Beached Festival’s three stages will see twenty bands and nine DJs performing throughout the day. The Scruff of the Neck stage in particular, acting as a platform for newer artists to showcase their talent. “The excitement around Beached Festival is reaching fever pitch as the event draws closer and we cannot wait to do what Manchester does best – have a party!”

And the performers agree.

“We’re going to bring the energy we create in our club nights and take it to the outdoor stage”, says David Lewis of MURKAGE CARTEL – the Manchester based collective of DJs, artists, MCs, writers and promoters. Providing the sounds in the dance tent, these guys will show beach revelers exactly why they’re becoming one of the most talked about acts of the year. “It’s gonna be hype, there is definitely going to be a party!” Recently winning a City Life Award for their long-running club night, not only do these guys know how to throw a party, but they are single-handedly changing the face of the Manchester music scene with the Murkage band. Lewis says, “For years I’ve been in bands, singing and spittin’ over DJs, so now it feels right to start putting music out again”. Their first release Paperweight, has been dubbed the most important record to come out of Manchester in fifteen years and they have just released their politically entitled EP, Default Sovereign.

“We’re educated guys, we all have opinions and something to say. With singing you can only say so much, but with rap, you have so much more space to say what you want. I want our music to be about our lives and what’s real to us, lyrics should be a result of your environment. Some rappers talk about girls, money and cars, but that isn’t real for everybody so it separates you from your audience. Default Sovereign is about real life, everyone will have an opinion on it”.

With plans to record a debut album this year, and a number of festival performances in the pipeline, it’s that kind of outspoken, ballsy attitude you can expect to see and hear a lot more of in the coming months. Described perfectly by BBC Manchester Introducing, their music “makes you want to tear down fences, storm palaces, burn manifestos, hold illegal parties, break out of life and change the world forever”. These guys are going to be huge.

In between watching some of Manchester’s finest musical acts, festival-goers can soak up the party atmosphere with limbo contests, sandcastle competitions and hula-hooping challenges taking place throughout the day. For those in need of a little rest and relaxation, a plethora of deckchairs will be on hand, and of course, the beach bar and barbeque area will be providing the all important summer cocktails. Ian Brown famously said, “Manchester has everything except a beach.”

Well Ian, It does now! 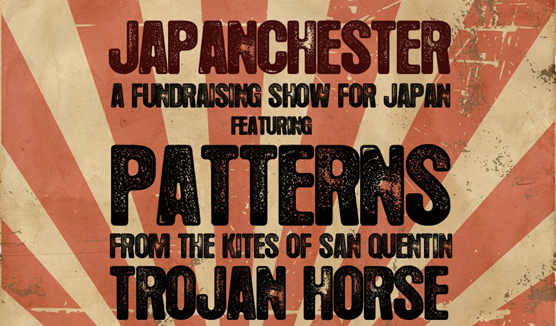 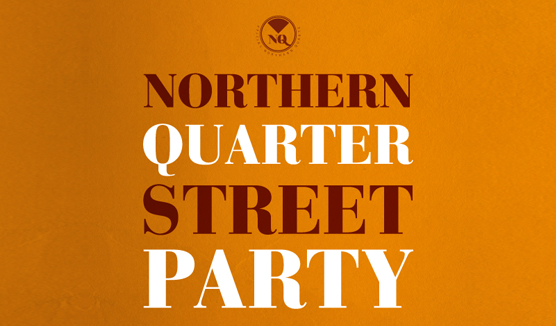