Headlined by Gerry Cinnamon, the line-up also features stellar artists including Circa Waves, The Zutons, Jade Bird and Orla Gartland.

For the first time ever, Neighbourhood Weekender have announced a very special, brand new additional Friday night main stage show to the festival proceedings on 28th May 2021.

Headlined by Gerry Cinnamon the line-up also features stellar artists including Circa Waves, The Zutons, Jade Bird and Orla Gartland.

Returning to Victoria Park in Warrington next year, bigger and better than ever before, it will be the first time that the festival will run across three days. Expanding with a huge main stage only show on Friday night, the rest of the festival will open on the weekend.

Following his incredible main stage set at Neighbourhood Weekender last year, Gerry Cinnamon will return in May 2021 for a massive headline performance. His continuing ascent is one of contemporary music’s most outstanding stories. The singer songwriter has become a phenomenon since his gold certified self-released debut album ‘Erratic Cinematic’. Gerry Cinnamon has become a sold-out stadium and arena-filling headliner all the while achieving it entirely independently. 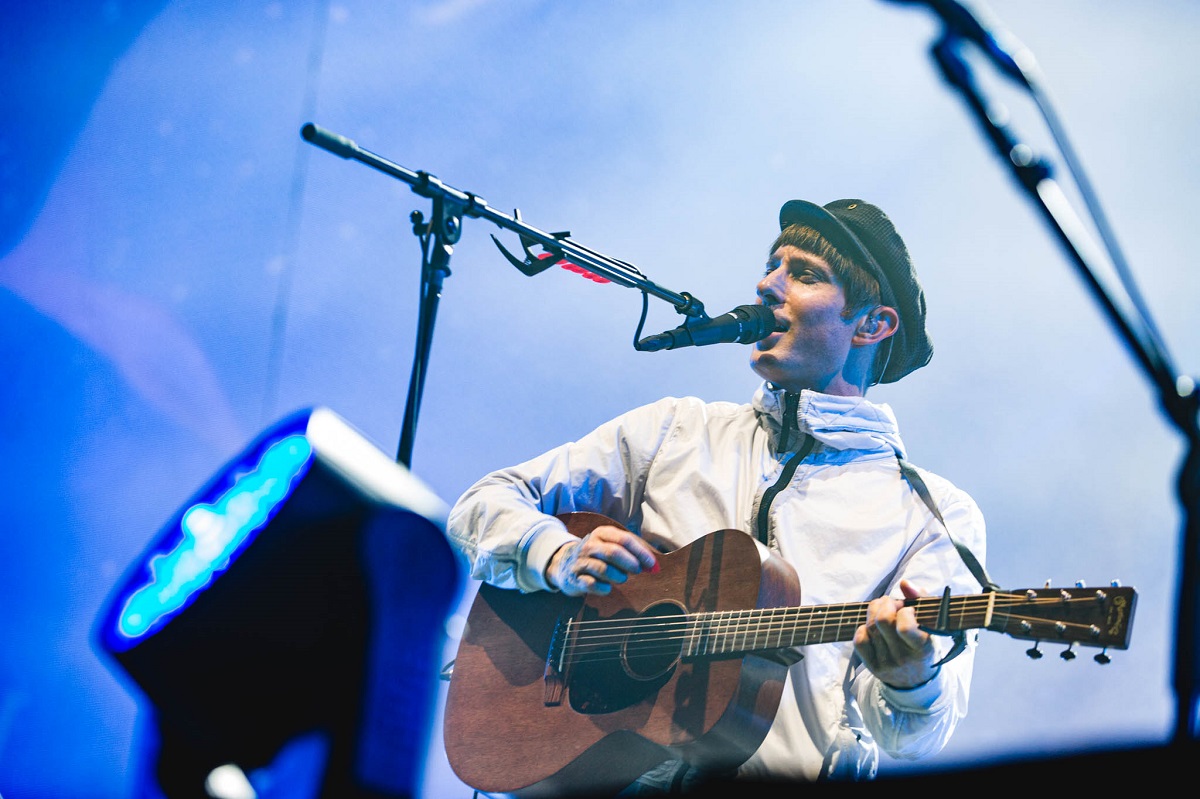 Relatable with irresistible melodies, he has taken home grown Glasgow tales to the UK and now the world. An already legendary live performer, his inimitable shows are infamous for their wild atmosphere and joyous mass fan singalongs. His second album ‘The Bonny’ went straight to number one earlier this year and is still one of the top selling records of the year. 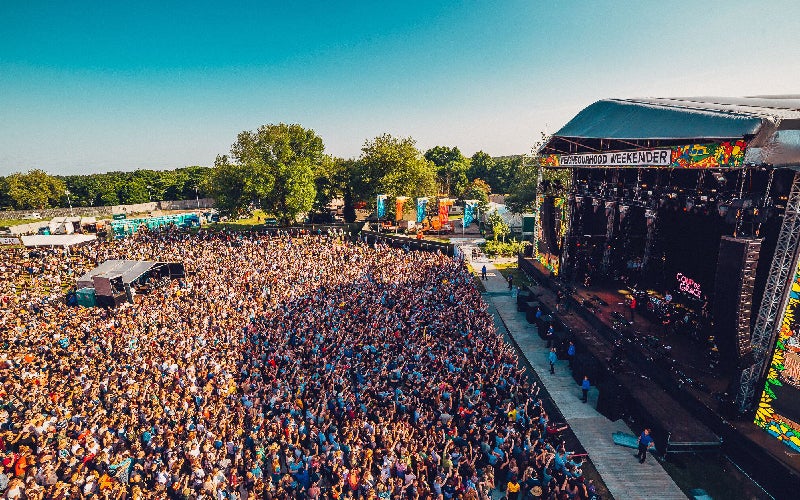 The Zutons returned to the live arena in 2019 to celebrate the 15th anniversary of their lauded and double platinum debut album ‘Who Killed The Zutons’. Meanwhile London-based singer-songwriter Jade Bird released her self-titled debut album last year and saw her perform across the US with the likes of Hozier and The Lumineers.

Hailing from Dublin and based in London, singer-songwriter and guitarist Orla Gartland also heads up the bill. Orla has played sold-out headline tours of Ireland, the UK & US and along the way has opened stages for acts such as Sigrid, Kodaline and James Vincent McMorrow.

As the biggest indie festival in the North West; Neighbourhood Weekender will kick off 2021’s festival season by bringing together an incredible bank holiday weekend of live music across three stages. 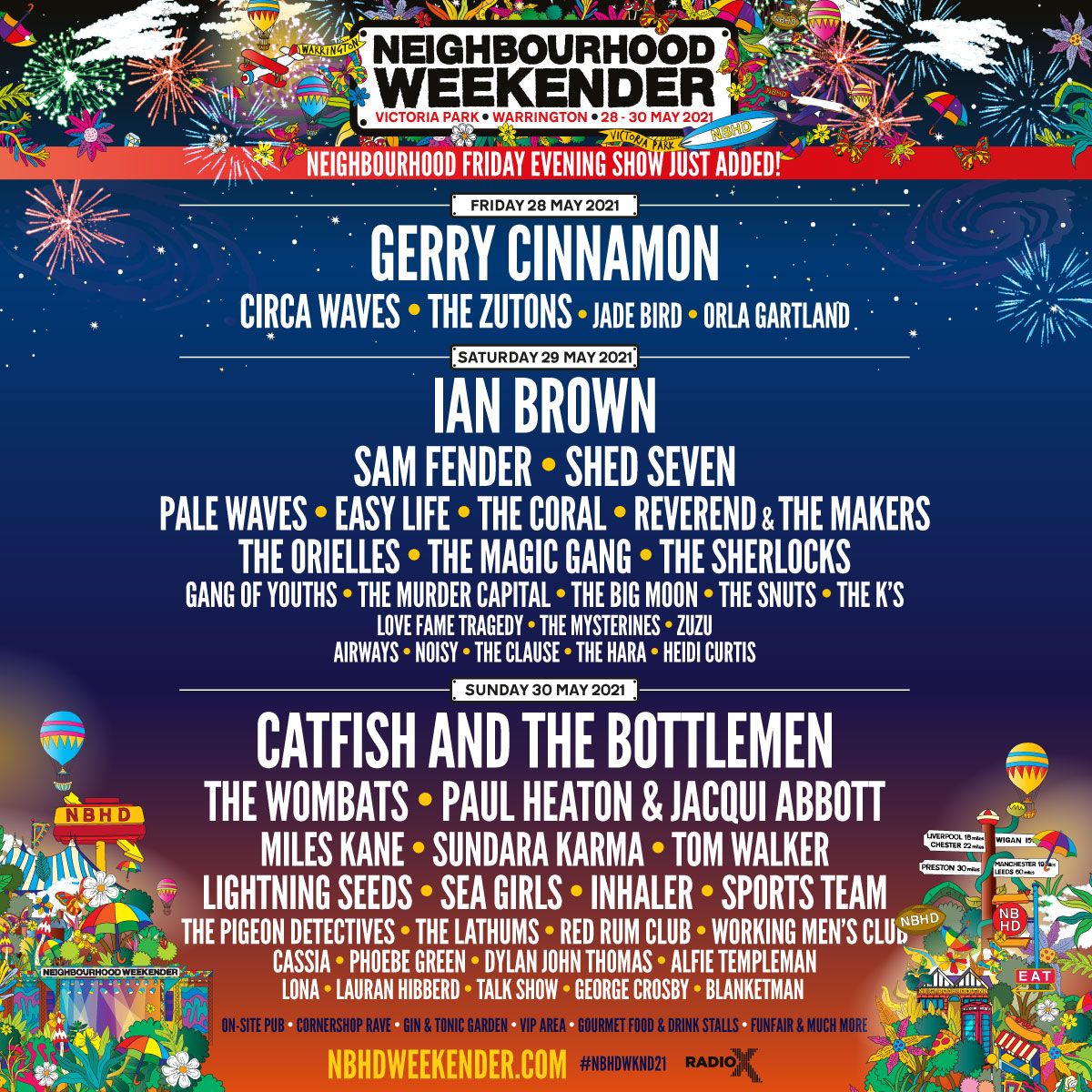