Music lovers are in for a treat on Saturday 5th and Sunday 6th October at the Oxjam Manchester Takeover festival. The two-day live music event, spread across 11 venues in Manchester’s Northern Quarter, will feature over 100 of the North West’s most talented bands, artists and DJs.

Audience members will be able to enjoy a wide range of music each day, from folk and disco to rock and indie to hip hop and house, starting at 1:30pm and ending at 4am. Organisers will showcase local emerging talent to the vibrant Manchester music scene while hoping to raise thousands of pounds for the vital work of Oxfam.

Established artists such as Young Kato, Bo Keeney and Burn So Bright are due to play on the weekend, alongside Manchester based talents including Suburban Sons, The Slow Readers Club and Charlie Cooper. If festival-goers are uncertain as to which of the venues to attend, organisers have set up trails with volunteers on hand to guide them to different locations depending on their musical tastes.

Oxjam Regional Support Executive Kylie Morrison said: “This year’s takeover is looking to be one of the strongest ever! There will be loads of great acts on and you will be able to follow one of the amazing trails around the different venues.

“The team are truly amazing and their fundraising events so far have been a massive success. This event can’t be missed, there is something for everyone and it’s all for a great cause!”

The festival marks the end of the Manchester team’s six-month fundraising campaign to raise money for the vital work of Oxfam. Leading up to the Takeover, Oxjam has played host to a number of music events, including, a recurring Sunday Series in Stockport and Fallowfield; a Roller Disco Party; fundraising at the European Union Debating Championships; a flash mob at Piccadilly Gardens with dance students from KNT Danceworks.

Since its start in 2006, Oxjam has raised over £2 million for Oxfam with over 1 million participants. All Oxjam events are organised by a team of volunteers who know and love their local music scene.

Taking place on Saturday 5th and Sunday 6th October in multiple venues across Manchester’s Northern Quarter, festivities start at 2:00pm and end late. Music lovers can purchase advance tickets from www.wegottickets.com/f/6716 or can buy wristbands on either days for £10, allowing them access to all events they want to see. For more information visit oxjammanchester.com or follow them @OxjamManchester on Twitter #bepartofit #OxjamManc. 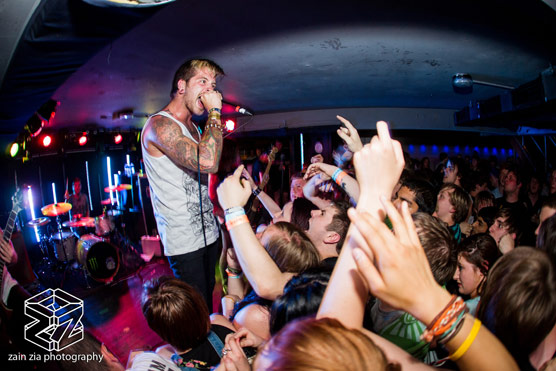