Top 5 recommendations in the Northern Quarter

The Castle Hotel
In an area that boasts more ‘Old Fashioned’ cocktails than a season of Man Men and enough wine bars to send a nu-yuppy straight to heaven, sits The Castle Hotel.

Being over 230 years old, it could be classed at one of the Northern Quarters oldest drinking holes. Revived and brought back to life after a short closure in 2009 is a tonic to an ever-growing bar-chain culture.

It couldn’t be more ‘traditional’ if it tried (get all thoughts of gastro-pub well out of your mind). Think bar tables and stools, a jukebox and enough real ales to shake a pelted brass wall plate at.

The staff are genuinely friendly (even when I mither them, when they’re busy the next day, because I’ve left my umbrella behind) and a lot of effort goes into making this pub feel so relaxed you’d think no effort went into it at all. There is an impressive rosta of interesting and eclectic events held in the high-ceilinged and beautifully beamed room at the back. This sees vastly different bands play from one night to the next as well as excellent and well attended literary events and film launches.

The clientele is as varied as its event list and while The Castle Hotel offers the most up-to-date events and beers on offer, it remains beautifully traditional amidst an ever changing city.

Kraak Gallery
Hidden down an alleyway off the side of Stevenson Square, Kraak is a fantastic example of how many of Manchester’s brilliant, but empty, buildings could be better used. Housed in the remains of a derelict former cutting room, Kraak offers a cost effective space to showcase art and photography in the impressive exhibition space and a wide variety of band and DJ events in the adjoining venue area.

Following its expansion in 2010, Kraak has positioned itself well in the creative phyche of the area and houses increasingly original events. Everything from Film nights, workshops, performance and art grace it’s industrial space and everyone with an open mind and an interest in Manchester’s underground art and music scene can find themselves there.

Their website is regularly updated with their eclectic ‘what’s on’ and information can be found about hiring the space yourself. It is certainly worth looking to see what grabs your attention and venturing down that back alley for some artistic and musical treats you certainly wouldn’t get elsewhere.

A Few Fine Things
Tucked into the corner of Oak Street and Edge Street amidst the Northern Quarters more hip (yes I unashamedly use that word) establishments is A Few Fine Things.

A stones throw from the designer conveyor-belt of stores such as Selfridges and Harvey Nichols, A Few Fine Things are a modern British bag makers creating hand-crafted luxury bags, designed and made right on the premises.

Using mainly UK materials (the cotton is from Todmordon, Lancashire of course), they create investment pieces (I hate that phrase, but really you would keep one of their bags for eternity) that stand outside of fashion and fully embrace style. With prices starting from £65 and a bespoke service (the shelves are stacked with beautiful leathers and tweeds) available you will be able to enhance your look with a truly timeless and beautiful UK made bag from the very workshop that created it. Each is finished with the addition of a brass embossed plaque. Perfectly suitable for such high-quality and beautiful bags.

Band on the Wall
In a city that has a plethora of fantastic music venues, Band On The Wall is iconic to say the least. With its history rooted in the industrial revolution, no one knows exactly how long the venue has been hosting live music events. From the 1930’s, however, it had its bands playing on the wall (their used to be a wall-mounted, minute stage on which performers would play).

In 2009 the venue was refurbished, extended and re-opened due to heavy Arts Council and Heritage Lottery Funds that went towards its re-birth as a 21st century center for music. This saw the venue extend the original ex-brewery building into the former picture house space next door. This allows gig-goers the chance to flit between band room and bar and so avoid the usual gig-following dose of tinnitus that usually ensues (seriously all venues should have this).

The original stage-dedicated area is large but intimate and the bar is beautifully relaxed, open and low-key. Drinks are extremely reasonable (a small red wine cost less than £2) and they have a wide range of beers and spirits along with a fab two for £10 cocktail list.

There is nothing fussy about Band on the Wall but what it does is always does well. Sat on the outside edge of the Northern Quarter it offers everything from your typical three-band line-up to world music, jazz improvisation sessions and a wide variety of youth music workshops.

Band on the Wall is a true leader of the Manchester music scene and well worth a visit.

Hula
The Northern Quarter has everything from the laid-back and hip to the classic and old fashioned (see The Castle Hotel). Then, found by a solitary doorway spewing Hawaiian music onto the pavement, there is Hula.

Hula is a fantastically naff, tacky and kitch tiki bar and it is ALWAYS a lot of fun.

As you sit listening to the likes of the Andrews Sisters singing “Rum and Coca Cola” you could be mistaken for thinking you are stationed at some yanky outpost somewhere hot and tropical and not in the heart of Manchester.

The bar staff are Bermuda clad and gladly put on a fearsome show of making the large and rather impressively dressed cocktails (Del-boy has nothing on this lot). Think fire, sparklers and this magic dust stuff (not the technical name) they sprinkle on your drinks to make them sparkle. This isn’t just cocktails, this is pyrotechnics that would turn Jean Michelle Jar green with envy.

Through the week they’ve a generous 5-7 extended cocktail happy-hour slot and at weekends the dance floor fills to such an extent as to swallow any such notion of a ‘seating area’ whole!

It is a big chunk of tropical delight and a whole lot of fun. 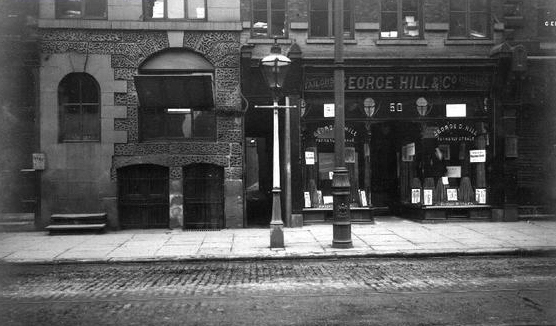 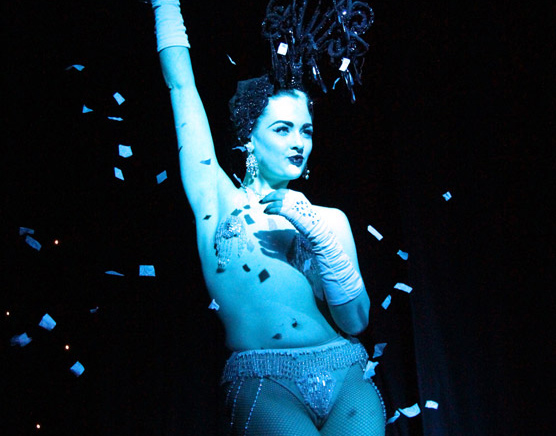