Brace the savage landscapes of West Yorkshire and East Lancashire... 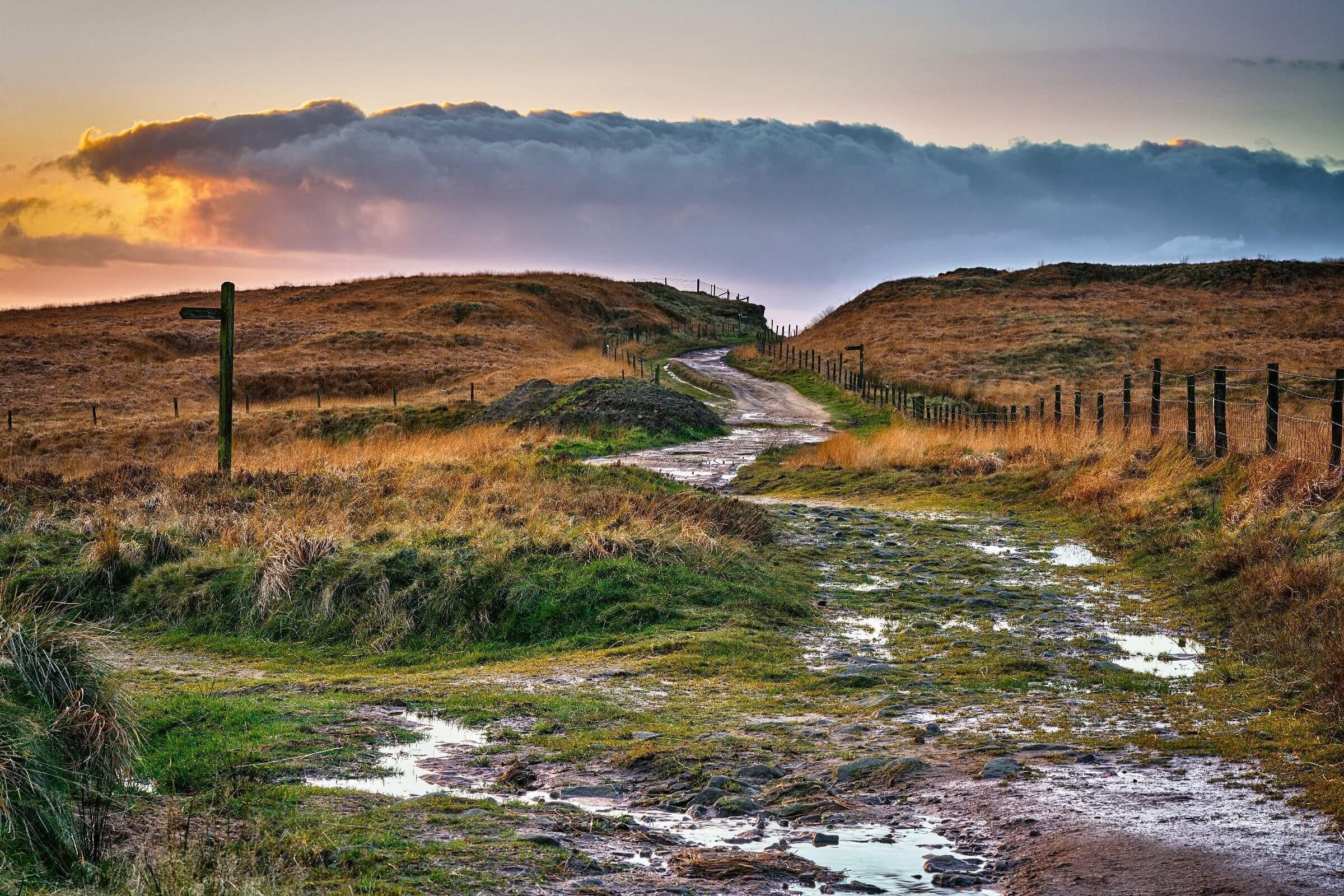 Taking inspiration from the dramatic landscape right on their doorstep, the Brontë sisters penned some of the world’s most famous literary classics – from Jaye Eyre to Wuthering Heights – while living in the area.

The wild Pennine moors and deep valleys of the area provide for walks that are sometimes as challenging as they are stunning, with the addition of many Brontë-related sights and landmarks along the way. Your main base of operations should be the little village of Haworth, where the Brontë family lived and which is now home to the excellent Brontë Parsonage Museum – where you can take a tour of their old house and learn what life was like in the area all those years ago.

Haworth is also home to some rather excellent country pubs and restaurants, including Haworth Old Hall, and there’s a couple of great B&B’s on the main strip should you want to stay overnight.

So you’ll be well-fed and well-watered, but what about the walking? Well, one of the most popular and picturesque walks in the area is the Brontë Waterfall Circular, which starts in Haworth taking you on a 5.8km loop that features well, a waterfall. Don’t go expecting Niagara Falls though, the Brontë Waterfall is actually more of a trickle – but it’s set in the dramatic, sweeping landscape of the moors and makes for a very picturesque place to stop and have a little nip of Grandpa’s Medicine.

You can also visit Top Withens, a ruined farmhouse which is said to be the inspiration for the location of the Earnshaw family house Wuthering Heights. There’s a plaque up here that reads:

This farmhouse has been associated with “Wuthering Heights”, the Earnshaw home in Emily Brontë’s novel. The buildings, even when complete, bore no resemblance to the house she described, but the situation may have been in her mind when she wrote of the moorland setting of the Heights.

Another popular walking route is The Brontë Way, a long-distance footpath that stretches for 43 miles, from Oakwell Hall near Birstall in Kirklees to Gawthorpe Hall in Padiham – right in the heart of Lancashire’s Pendle Witch Country. 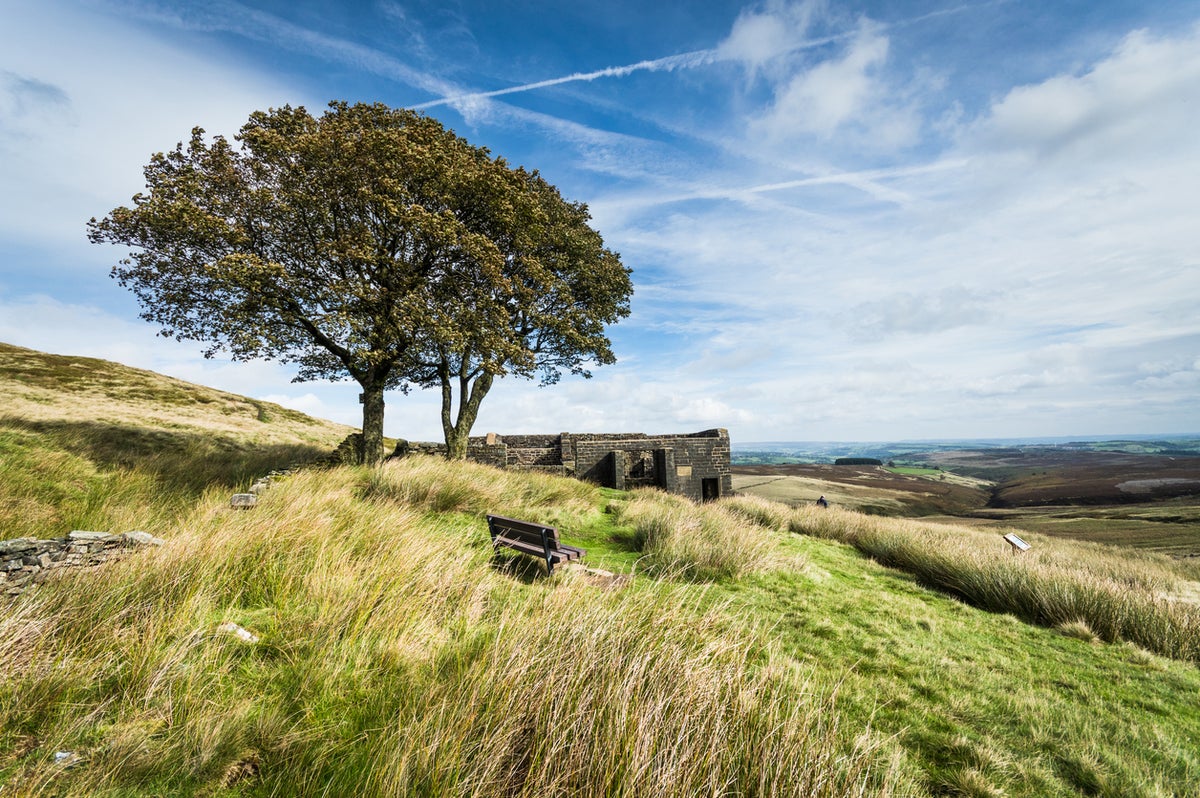 It’d take most people with two legs around four days to walk the entire thing, and it passes through Penistone Country Park and several famous Brontë landmarks along the way.

For the most discerning Brontë enthusiast you’ll pass the Brontë Birthplace in Thornton, Ponden Hall (“Thrushcross Grange” in Wuthering Heights), Brontë Chair (a chair-shaped rock that is said to be a favourite storytelling spot for the Brontë’s, and The Brontë Bridge – which is about as spectacular as the Brontë Waterfall. 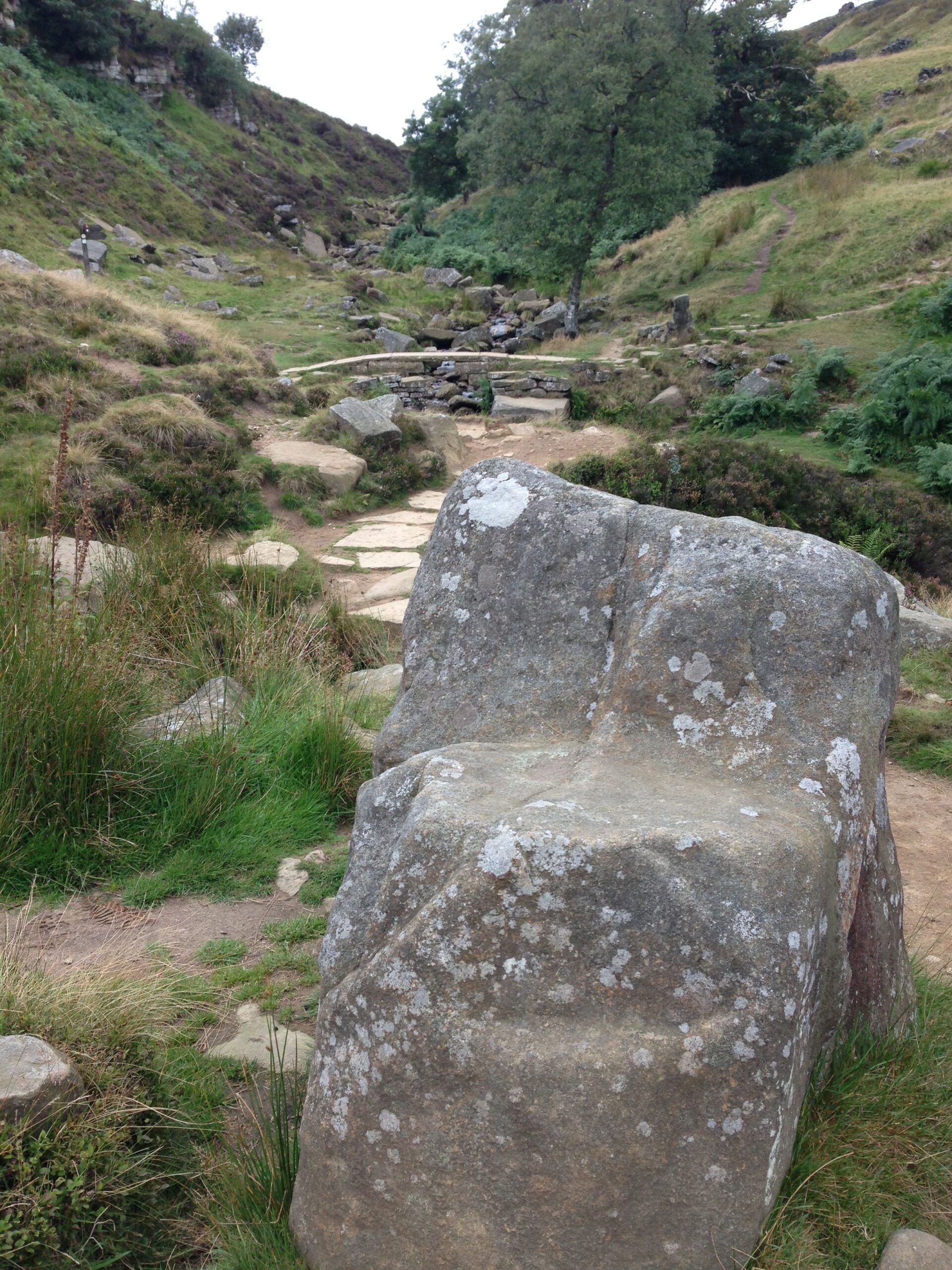 Finally, another popular walk in the area is The Railway Children Walk, a six-mile route that takes in many of the locations where The Railway Children was filmed back in 1970. It includes Oakworth train station where the film is primarily set, plus Mytholmes Tunnel and the “Three Chimneys” house.

If none of that means anything to you I’m going to presume that you’re under the age of 45 and therefore don’t know what The Railway Children even is. Best stick to the first two walks instead.

For more information on Brontë Country, someone has made this very helpful website…