A Chippy, Electric Chair & Coldplay: What Happened to Roadhouse?

One of the city's best clubs, in a basement right at the top of Newton Street... 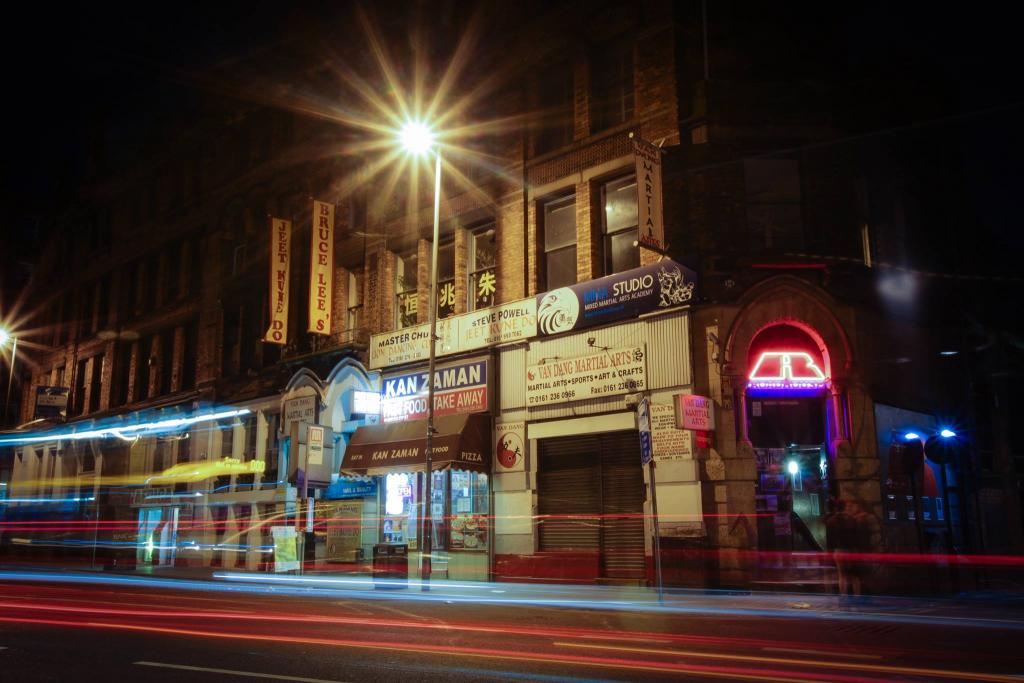 My memories of Manchester’s Roadhouse are numerous and all of the rather hazy.

I wouldn’t say that they’re that way because of alcohol though, although that has contributed, no – I’d say it’s because it’s been SO long since anyone even mentioned this iconic club – it’s almost as if everyone has completely forgotten about it in the five years since it closed.

Did the people of Manchester just not care when they shut up shop? Or was it just not as good as we all remember? 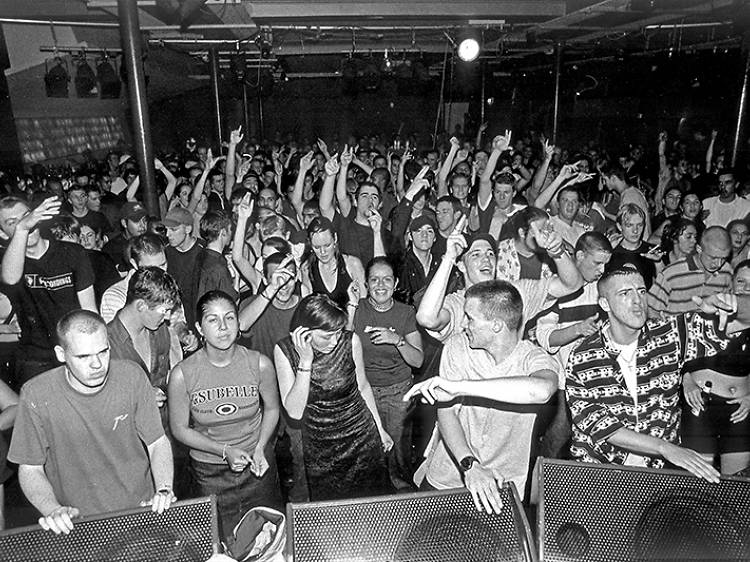 Well, let’s have a look shall we? Easily one of Manchester’s most iconic live music and club venues; how it started, where it came from, and what happened to it all in the end…

Like most buildings in the Northern Quarter, number 8 Newton Street began life as a Victorian mill, which was subsequently then turned into a photography equipment company in the 50s and 60s. By the 70s though, the place had been bought by a fella called Thomas Papathomas (yes, really) who turned it into: Papa’s Club. 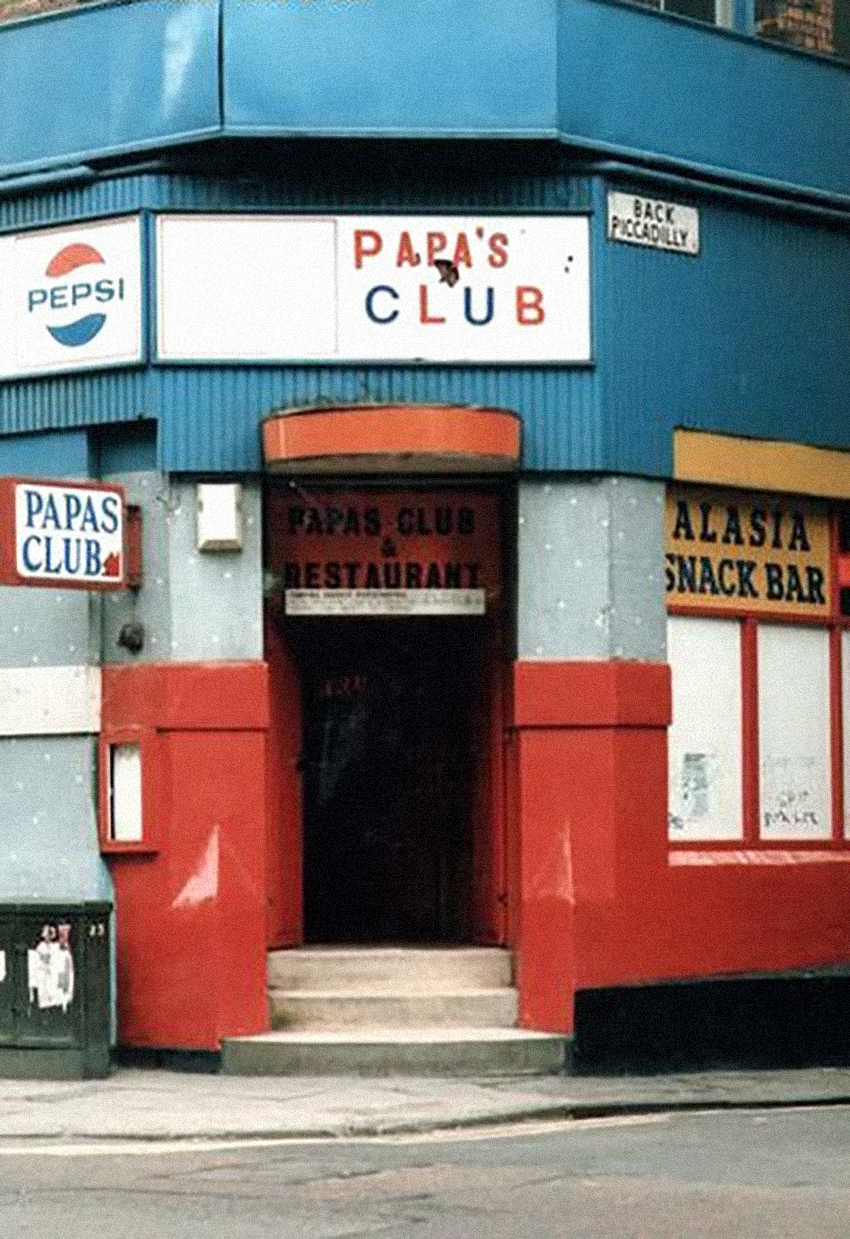 Now, Papa’s Club sounds absolutely bloody AMAZING. It was essentially a chippy with a club attached. Upstairs, on ground level (ish) was a fish & chips shop and a café, run by Thomas and his wife, while downstairs, he’d created a surprisingly plush basement club that was divided into two main areas with a dancefloor directly underneath the chippy.

The ‘under chippy’ side featured a rather large dancefloor with cosy, upholstered alcoves, while the other side, the ‘under café’ side featured a large bar and a few tables and chairs. There was enough room down here for a DJ and (at a push) a 4-piece band – but it was definitely cosy.

The club’s music philosophy was one of general ‘middle of the road’ kinda stuff that you’d hear on Top of the Pops on a Friday evening. At a time where most clubs in the city were banging out Northern Soul and imported USA disco records, Papa’s certainly catered for an older crowd. 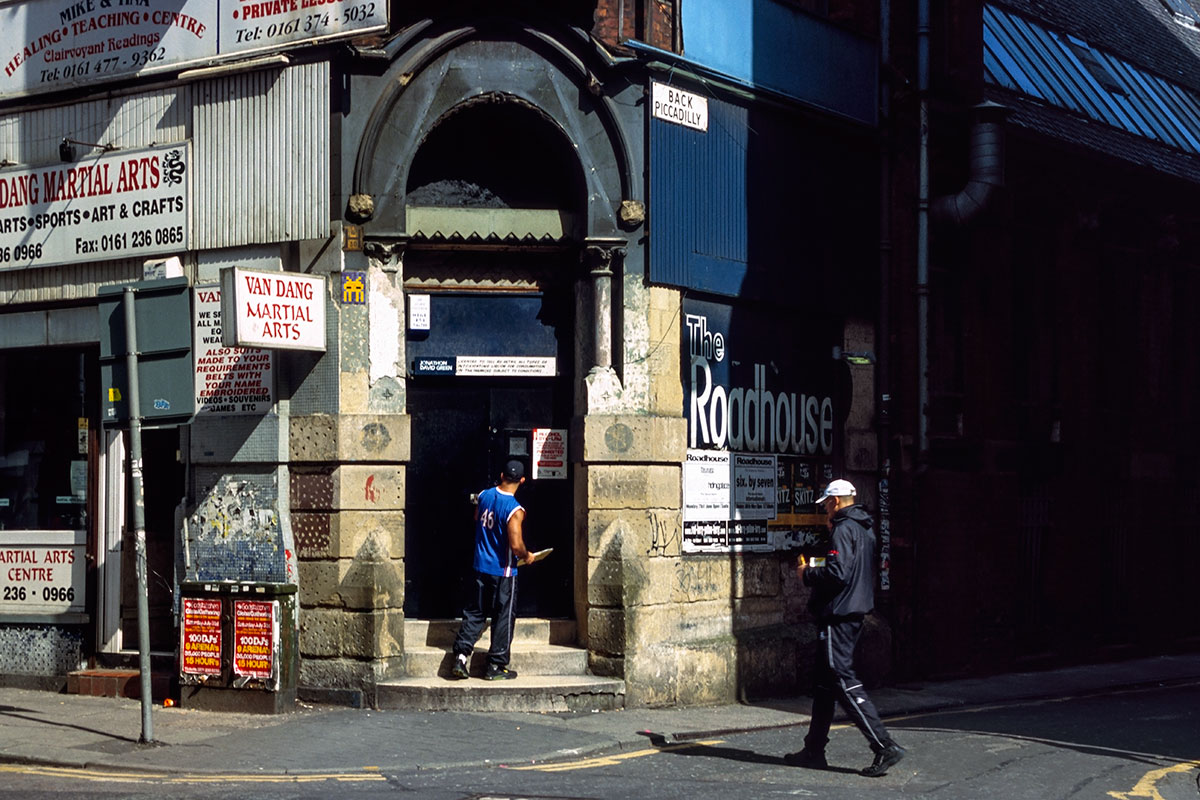 Malcolm Saffin was a DJ in the club back in those days and he writes on the Manchester Digital Music Archive; “When Papa’s club was full on Friday and Saturday nights, the atmosphere was absolutely terrific.”

“The audience would be there with the soul intent of enjoying themselves. I would start the evening off with the general run of the mill chart sounds, but ones you could actually dance to, then bring in some of the oldies later on in the evening, and then I would start playing the best sing-a-longs I could find.”

Papa’s was relatively short lived though, and soon enough the venue was in the hands of a fella named John MacBeath, who turned it into a Blues Club. But by 1999 he had filed for bankruptcy and handed his staff their two weeks’ notice – one of which was General Manager – Kate Mountain. 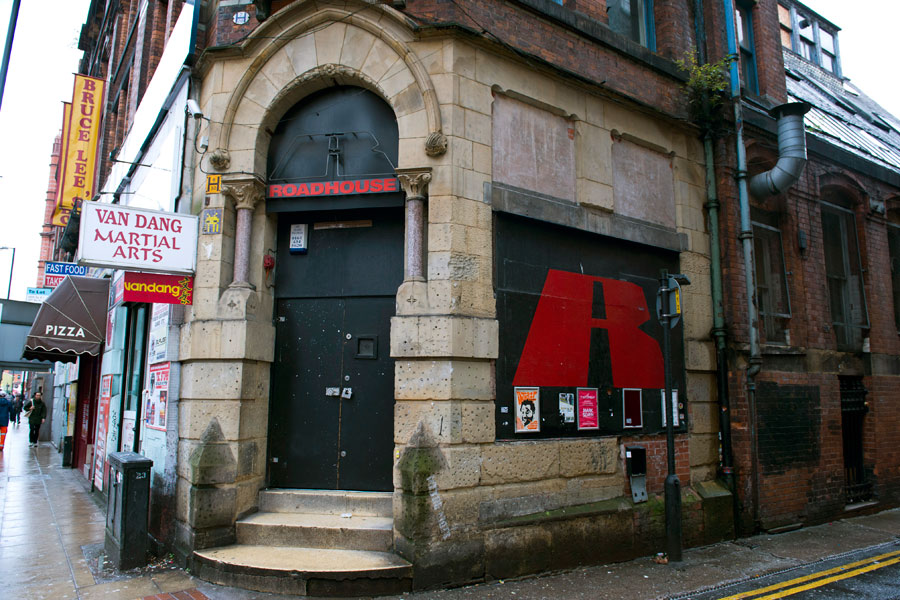 Determined to wring the utmost potential out of the space, Kate decided that she would rather take over the venue than apply for a job at Argos, and with some help from her pal Steve Lloyd, they signed a new lease on the club, and Manchester’s Roadhouse was born.

From these humble beginnings, one of the city’s best and most iconic independent music venues was upon us, and it wasn’t long until the big names started rolling through the doors. Well, obviously not big names back then, but now – the list of Roadhouse alumni is a very impressive read indeed.

Some of the world’s biggest bands played here at the start of their careers, including Biffy Clyro, Muse, The White Stripes, Ash, Blink 182, The Chemical Brothers, The Fall, Ian Brown, Kasabian, Maximo Park, Paolo Nutini, Scissor Sisters, Texas, The Verve and of course – Elbow. 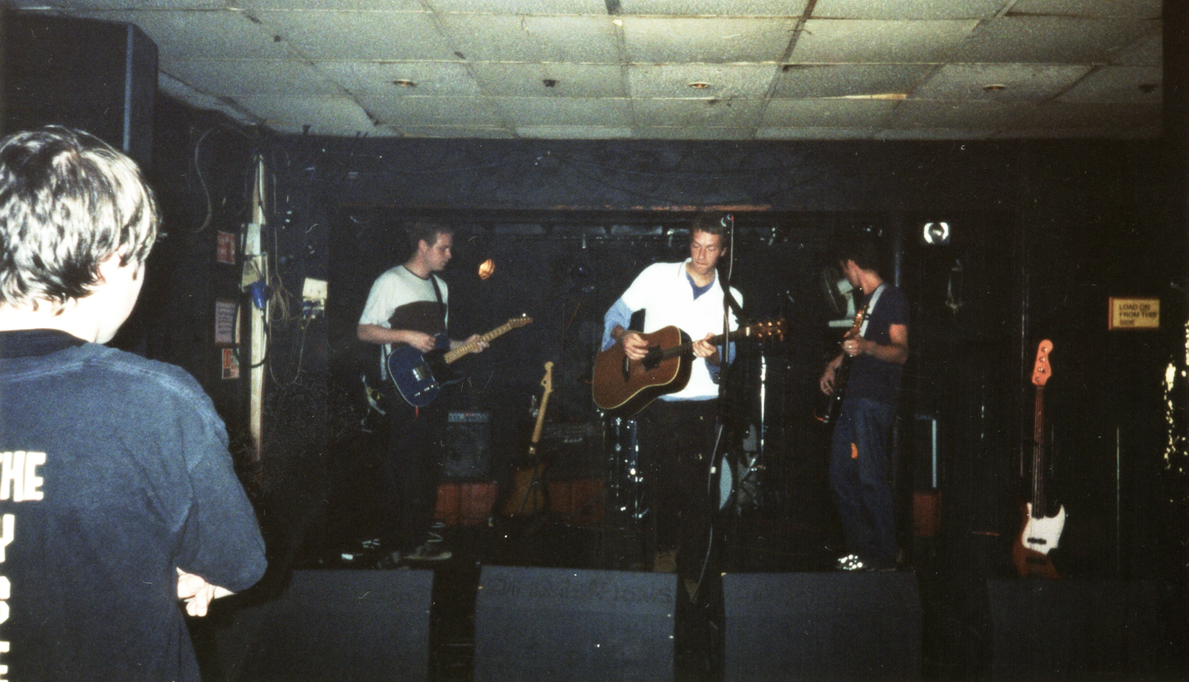 In fact, all of the members of Elbow worked at the venue at the same time, with Guy Garvey on the doors for four years, while band mates Richard Jupp, Craig Potter and Pete Turner pulled pints downstairs at the bar.

Speaking to the MEN back in 2015, Garvey proclaimed that Kate “has been one of the caretakers of music in Manchester… [and] if there isn’t a bronze statue of Katy Mountain somewhere in the city soon, I’ll sculpt one myself.”

Essentially their “spiritual home” when they first started off, Elbow obviously weren’t the only ones to go onto bigger and better things after a performance at Roadhouse, and the venue was one of those rough-around-the-edges kinda places that we don’t really see in the city any more. 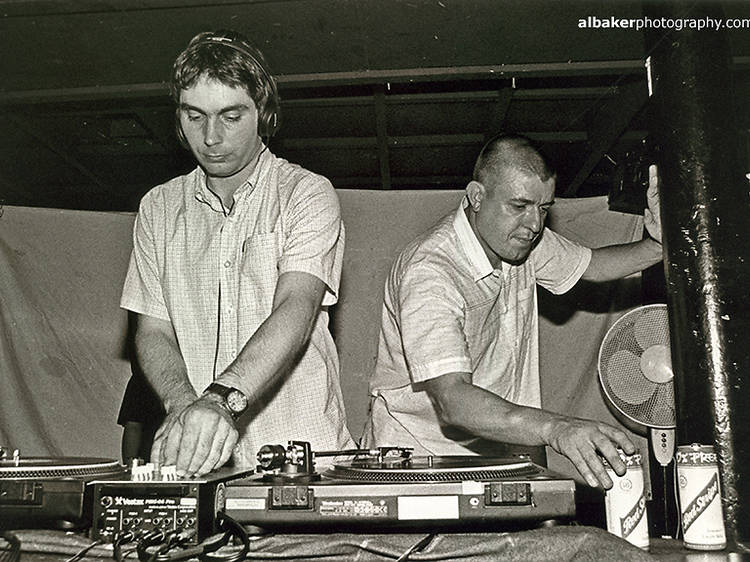 Unabombers at Electric Chair at Roadhouse

Kate and Steve provided a venue where bands could come and play, but also a den of debauchery with the long list of club nights that graced the tiny dancefloor over the years. Much like the selection of live music acts, some were more successful than others, with Friends & Family, Get A Grip, Revolver, Hoya:Hoya and Electric Chair all appearing here.

This is where my hazy memories come in, around 2013 or so, heading to gigs and club nights on a weekly basis, getting messy in the sweat-box basement space and, I thought at the time, looking cool. It was always a great night at the Roadhouse though – I never had a bad one. 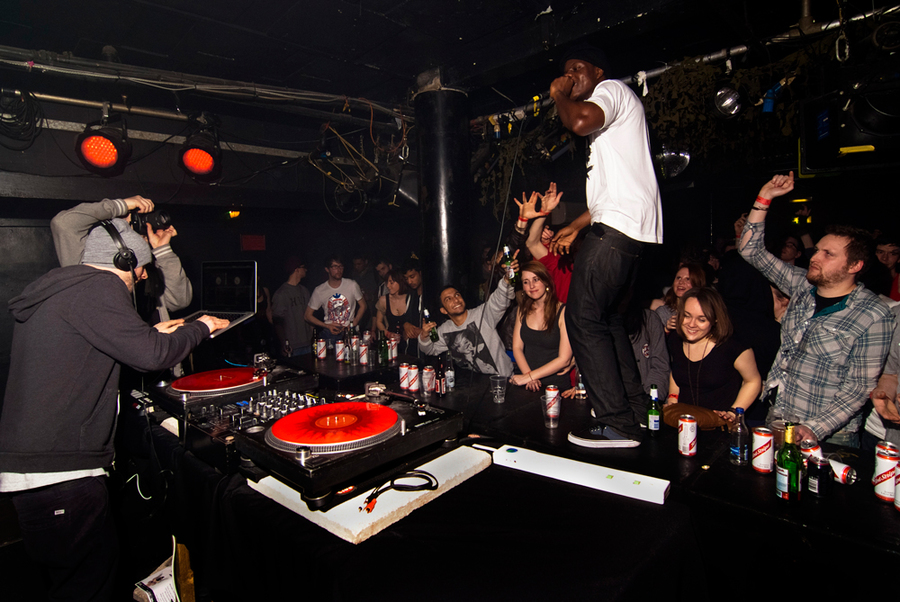 In 2014, Steve Lloyd sadly passed away after a short and sudden illness. As co-owner of the Roadhouse, he was one half of one of the most important venues in the city, providing a fantastic space for up-and-comers in the music scene in Manchester and beyond. In July of that year, a gig headlined by Badly Drawn Boy was held at Roadhouse in Lloyd’s memory, raising money for the Christie Hospital.

In March 2015 it was announced that Roadhouse would close for good at the end of May, quickly followed by an announcement by Kate that she would be turning it into a restaurant with her business partner Mary-Ellen McTague, both of whom had owned Aumbry in Prestwich together for a spell. 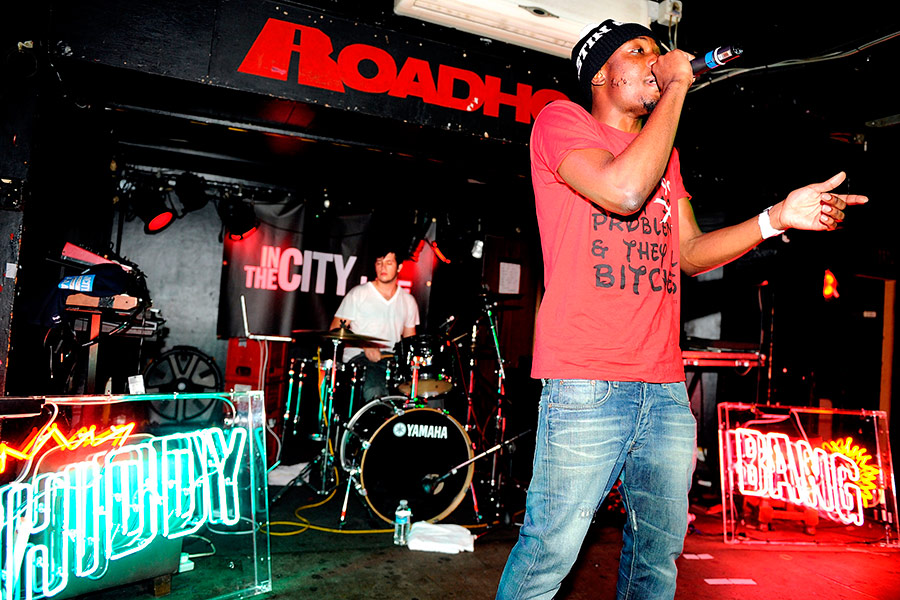 Unfortunately there’s not been any announcements or movement on this ever since, and in fact the site has seemingly been completely untouched for years. There have been rumblings of the entire building being turned into plush offices and apartments, but any more details on this have not been forthcoming.

The legacy of Roadhouse will always live on though, and writing this has brought up even more of those hazy memories, as well as a profound sadness that many of Manchester’s similar venues have are now gone. 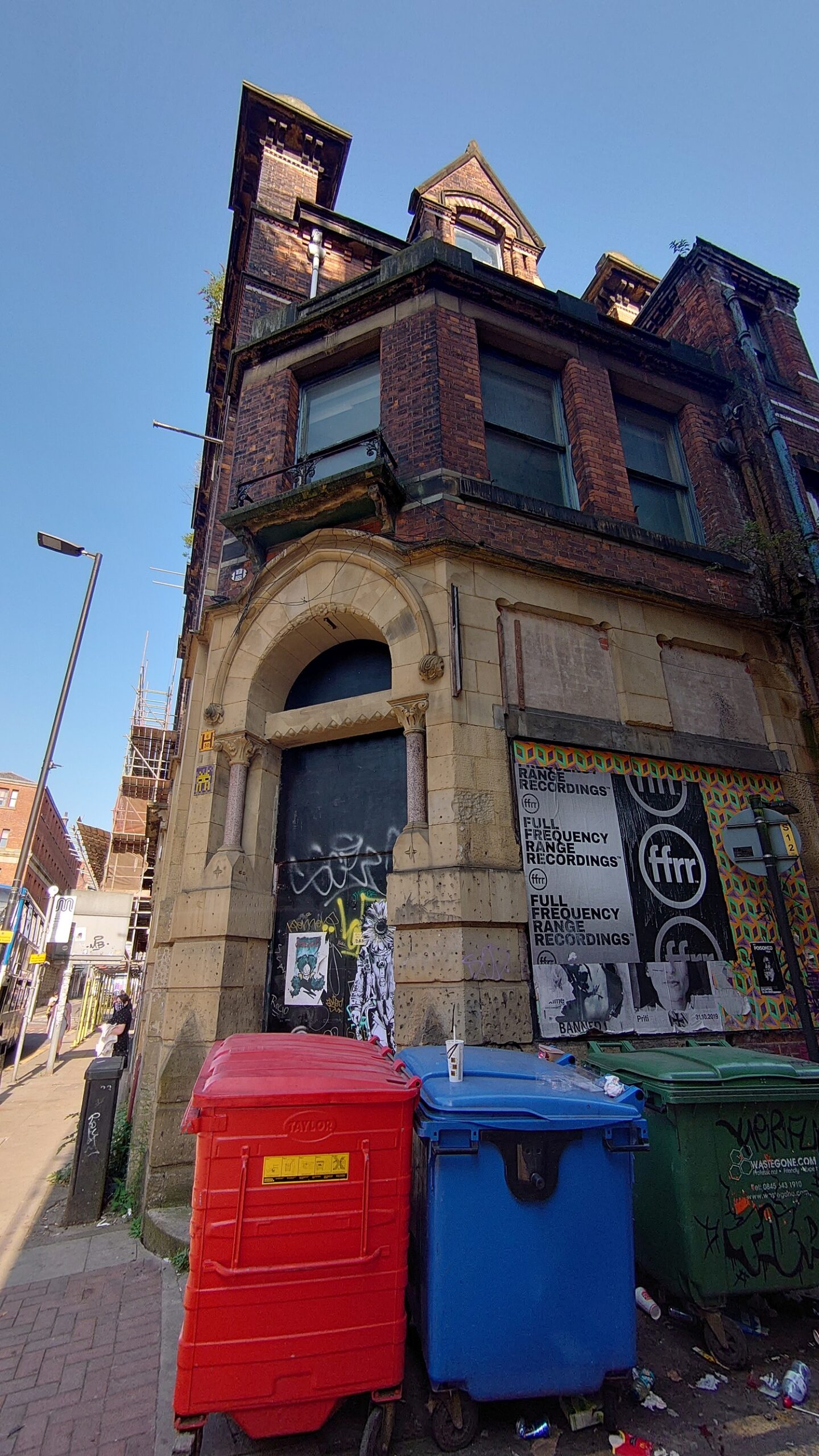 Ruby Lounge, Tiger Lounge, Dry Bar, Sound Control, Roadhouse – we’ve lost them all over that last 6 years or so, and although there are still some amazing venues slogging away in the city, it’s highly unlikely we’ll ever see a venue of such high regard as Roadhouse ever again, especially as developers move in and re-develop many of the city centre’s remaining buildings into flats and offices.