After tearing the roof off Antwerp Mansion back in Feb the Amen Brother team thought it would only be right to up the ante with the follow up event and bring not one but two of Jungle and DnB’s all time greats.

Expect the same passionate and enthusiastic vibes as they take you back for a not to be missed mash up, starting at 1993 and moving through the genre with two of the games most respected veterans.

Bryan Gee is recognised around the world as the label boss of legendary drum & bass imprint V Recordings and the international DJ with the trademark wide grin who has a genuine love for his job. Thanks to his tireless effort and his endless love for music, Bryan is one of the most recognisable faces on the international DJ circuit and with V Recordings still very much at the forefront of the drum & bass scene he can claim to have achieved far more than most. We welcome Bryan back to Manchester for the first time in what seems to be years for one of his legendary jungle sets which promises to teach even the biggest jungle cats a thing or two.

Peshay’s rise through the drum’n’bass scene has been nothing short of meteoric. Respected worldwide for his releases on labels such as Metalheadz, Good Looking, Mo Wax and Island to name but a few. His ability to produce at the highest levels and his excellence behind the decks is legendary. When he DJs, 4 minute mixes are the norm and the excitement that he generates describe Peshay perfectly. A very exciting booking to bring up North. I have heard many live sets before but never seen him in the flesh. Very much look forward to him taking us on a 90 minute journey of Jungle and golden era DnB from 94-98.

Tickets online or from Gaffs and Ticket sellers 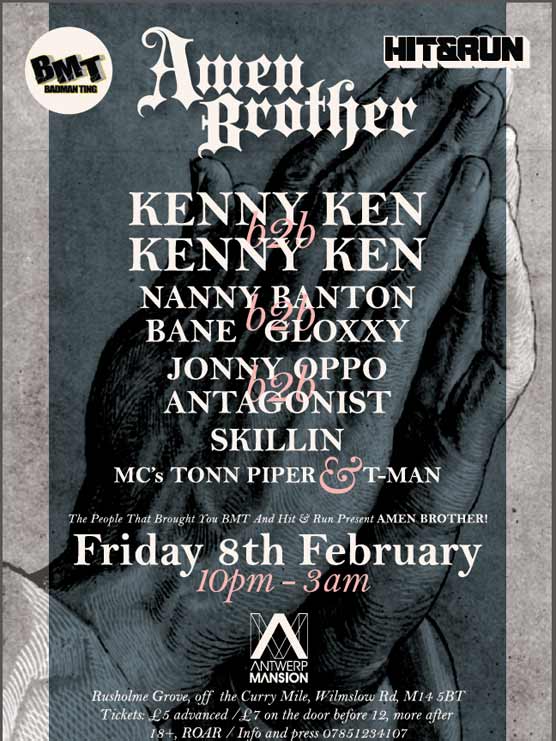