Los Angeles based British Simon Green AKA Bonobo, known for his downtempo electronica, is touring his sixth album ‘Migration’ released on label Ninja Tune in January this year. It’s a usual wet Thursday night in Manchester, the city turns up in full force, on entry to the Apollo there is an excitable weekend club night vibe.

The Apollo is pitch Black. There is a build-up of sounds. Sombre lighting casts the band in shadow, we are presented with a full orchestra and band leader Simon Green who is centre stage in the dark. We hear the piano intro of opener ‘Migration’ title track from latest album, its the first track and the audience is delighted.

A beautiful set of landscape images are displayed, creating a perfect visual backdrop for tranquil soundtrack ‘Break Apart’ at which point we are also joined by exquisite singer song writer Szjerdene Mulcare for vocals (originally sung by Ryhye’s Milosh). Followed by also beautiful ‘Towers’ the show feels like a theatre performance and the audience is stunned.

Half way point we have standout track ‘Bambro Koyo Ganda’ from the latest album, the booming beat and huge base sends the crowd wild. As new tracks weave in and out with some classics, next up is fan favourite ‘Circus’ and we are in full party mode.

Staying hidden behind his tables, Green continues to impress as the show builds. The recognizable flute from track ‘We Could Forever’ (album ‘Black Sands’) immediately sends the whole crowd dancing, along with an energetic drum solo from Baker its definitely a highlight of tonight’s show. Szjerdene Mulcare reappears to take over vocals for ‘No Reason’ (originally sung by Nick Murphy aka Chet Faker)

“Thank you so much its been an absolute pleasure, see you soon Manchester” Green plays ‘Kerala’ track from ‘Migration’ which has a great thump to it, a perfect track to exit the stage.

The crowd chant and cheer in his absence. Before we know it he is back, he takes some time to introduce and thank the band, the band bring the tempo and energy back down again with ‘Pieces’ The main set list closes with track ‘Know Your’ when the track stops and we think it’s all over he teases us with an extended heavy outro, that blows the crowd away.

There are very few instrumental acts who can merge an electronic album into an orchestral live spectacle, Bonobo did, with a mesmerizing crowd from start to finish. The show is a perfect festival slot; you can catch Bonobo on most of this year’s festival line ups.

Bonobo fans not wanting it to end, as we leave the Apollo, some of the lucky ones continue the Bonobo night through at an exclusive after show where Green will take to the decks. Its another sell out, Gorilla is packed out with raver’s desperate for more Bonobo, not that we need warming up but we have Neil Diablo supporting. Green makes his way over to the railway arches on Whitworth Street by midnight to start his 2-hour set. It’s a full on Bonobo club experience, delivering a deep set of world beats fused with more club-ready selections of his own tracks. 4 hours of Bonobo was heaven. 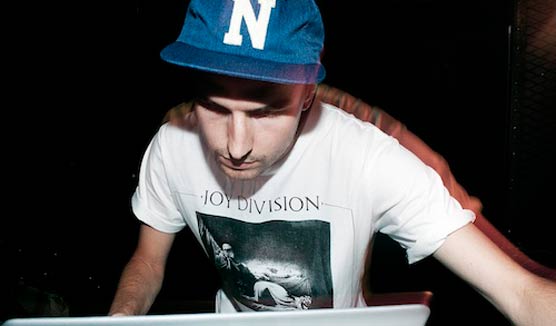